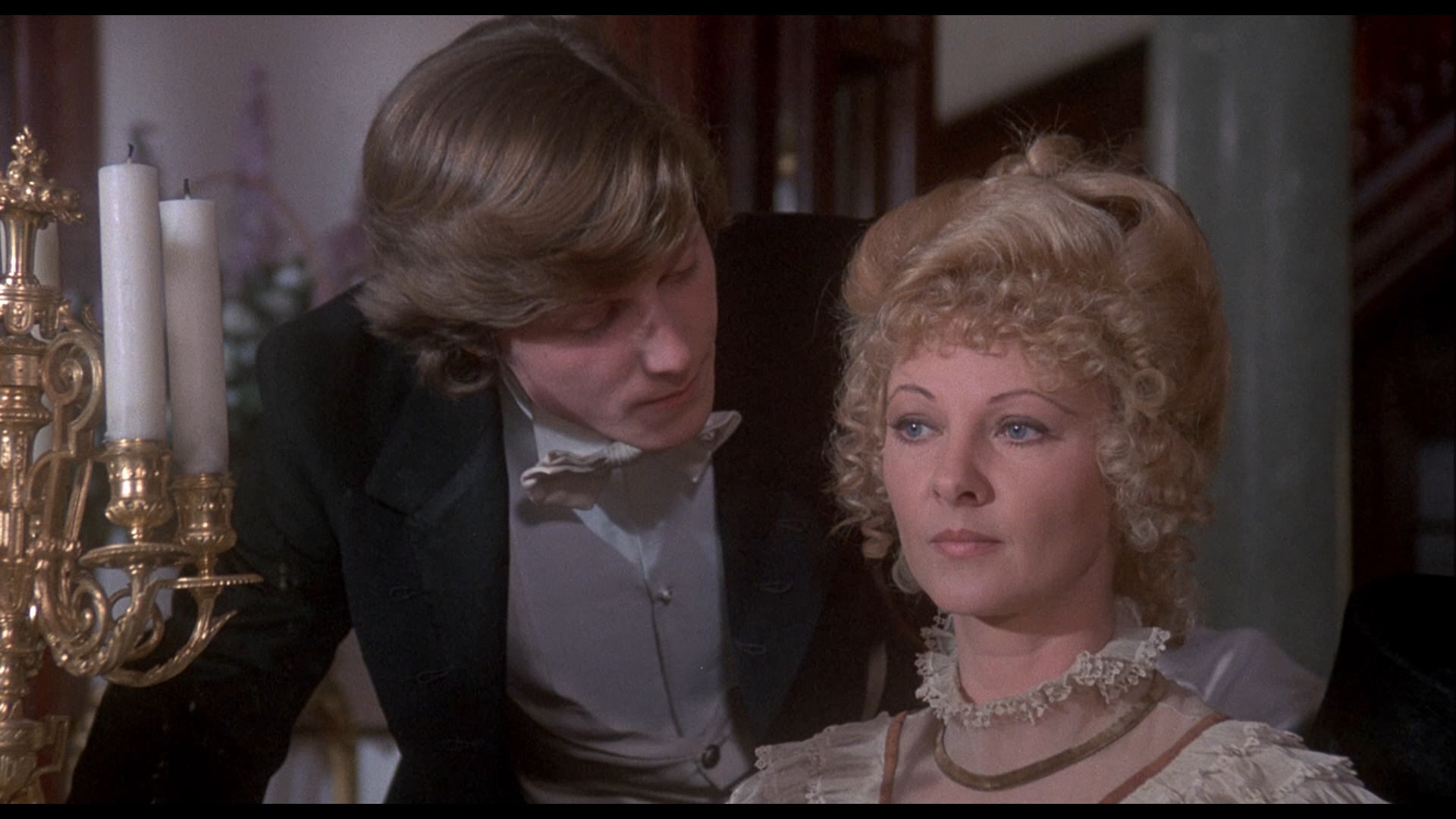 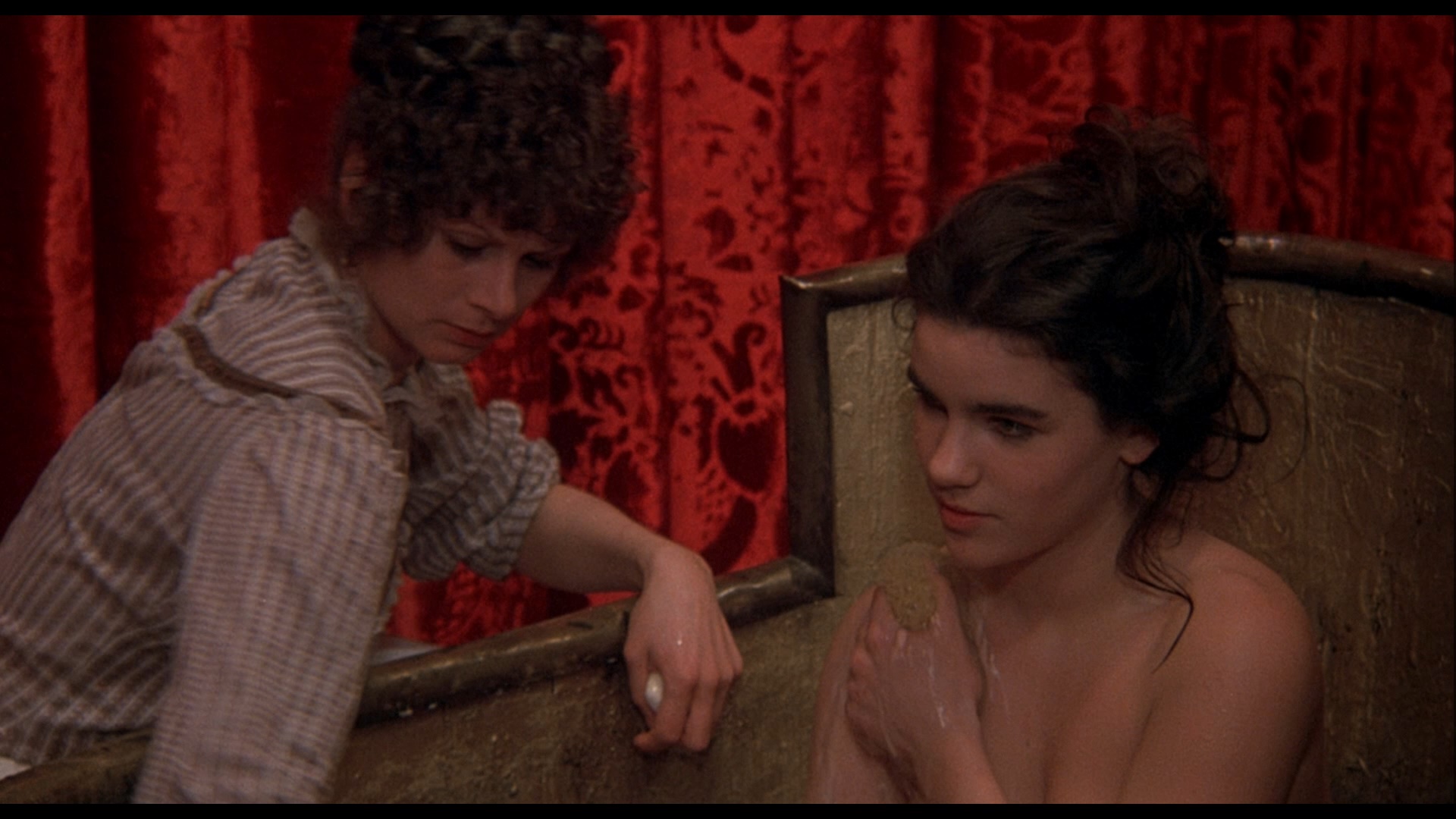 reasons perhaps best left unknown, The Cannon Group decided to celebrate its recent mainstream success in the early 1980s with Charles Bronson and ninja action films by going back to its roots in softcore sex films, which had been a primary moneymaker before it was taken over by Golan and Globus. Thus you suddenly had high-profile erotica like Lady Chatterley's Lover, The Wicked Lady, Emmanuelle 4, and eventually Bolero playing alongside Hollywood blockbusters. One of the weirdest films from that cycle is easily Nana, a loose and very sexed-up adaptation of Émile Zola's 1880 novel about a young woman's climb up the ladder of Parisian society's prostitution underworld. Much tamer versions of the book had been filmed before (including one by Jean Renoir in 1926 and Mac Ahlberg in 1970), but this one hews a lot closer to the style of Tinto Brass, in particular his big film that same year, The Key, and some visual ideas borrowed from Salon Kitty.

Around the late 1800s, the young and striking Nana (Absurd's Berger) becomes an immediate hit at a very red-themed brothel attended to by aristocrats who enjoy watching stag films and sampling the staff, either first hand or through a number of peepholes for the more voyeuristic clients. She soon becomes a photographic favorite and works her way through a string of admirers including Count Muffat (Aumont) and his son, Hector (Beresford), while also dabbling in lesbianism and sunny garden parties where the guests watch 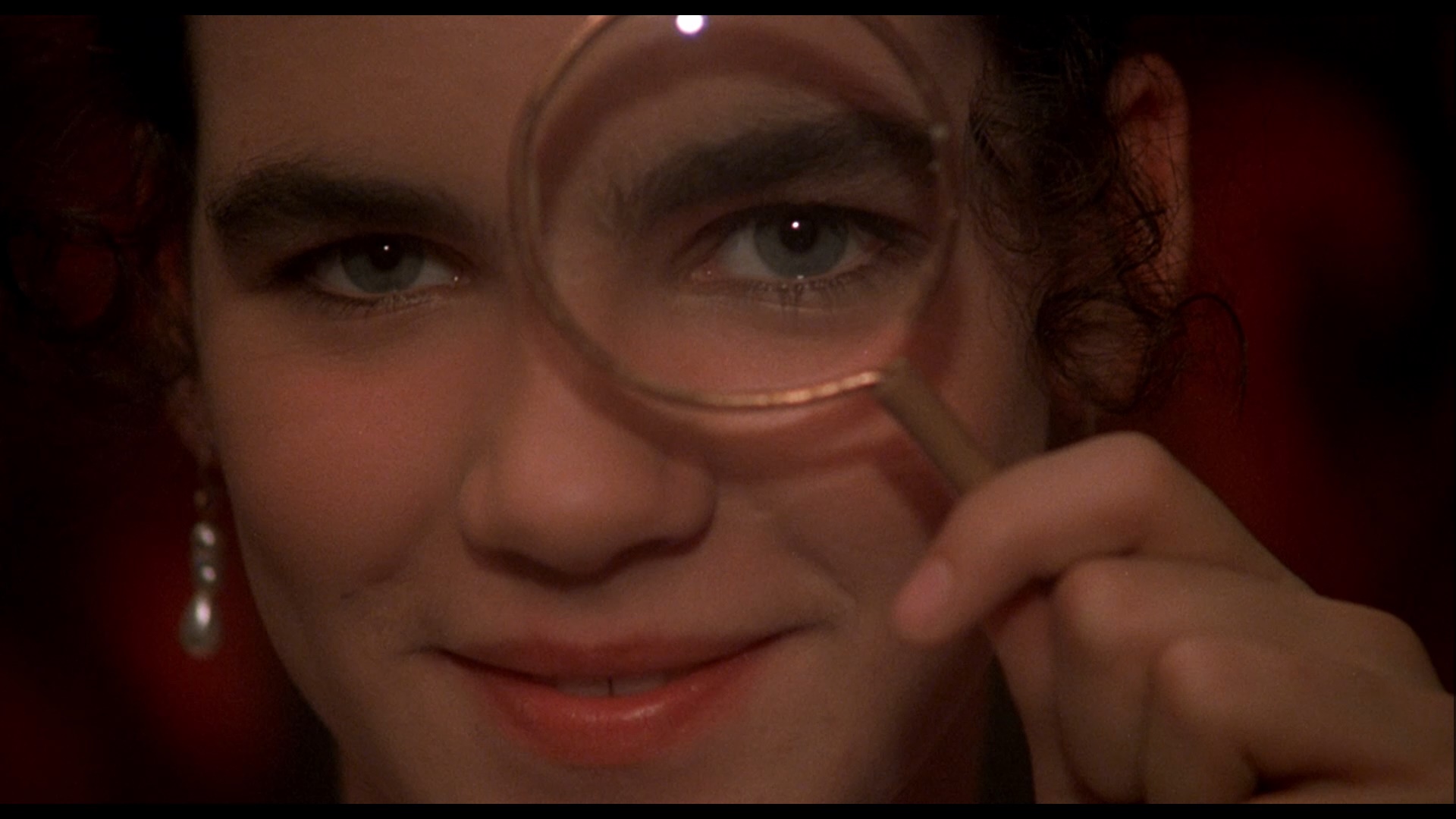 other copulate in the woods. All that pales to a bizarre sequence involving nocturnal human cockfighting, which you have to see to 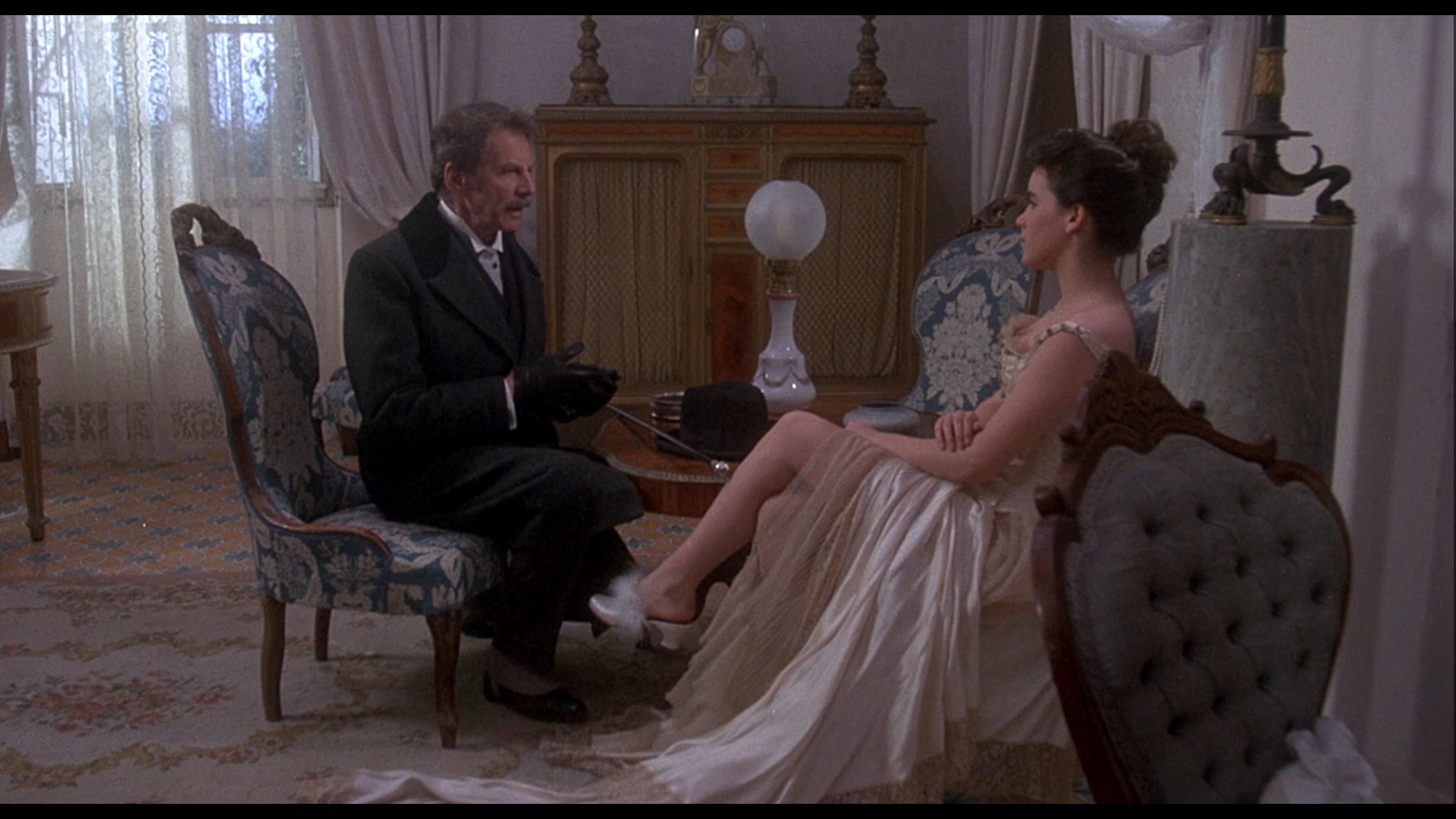 Though Zola's novel punishes its heroine severely for her transgressions, the film is a lot more positive and has a romanticized air accentuated by a score by none other than Ennio Morricone (whose name is misspelled in the main titles despite being the biggest name involved in the production). The direction by Israeli filmmaker Dan Wolman (who also helmed the Lemon Popsicle entry Baby Love the same year) is mostly content to luxuriate in the period settings and deliver as much nudity as possible, but the project is so filled with eccentricities it can't help but stand out anyway. Chief among these is the presence of surprising faces like Italian beauty Annie Belle (another Absurd vet and star of Laure), Profumo affair tabloid sensation Mandy Rice-Davies (who also appeared in the softcore classic Black Venus the same year and was later portrayed by Bridget Fonda in Scandal), and even Jess Franco repertory player Paul Muller. 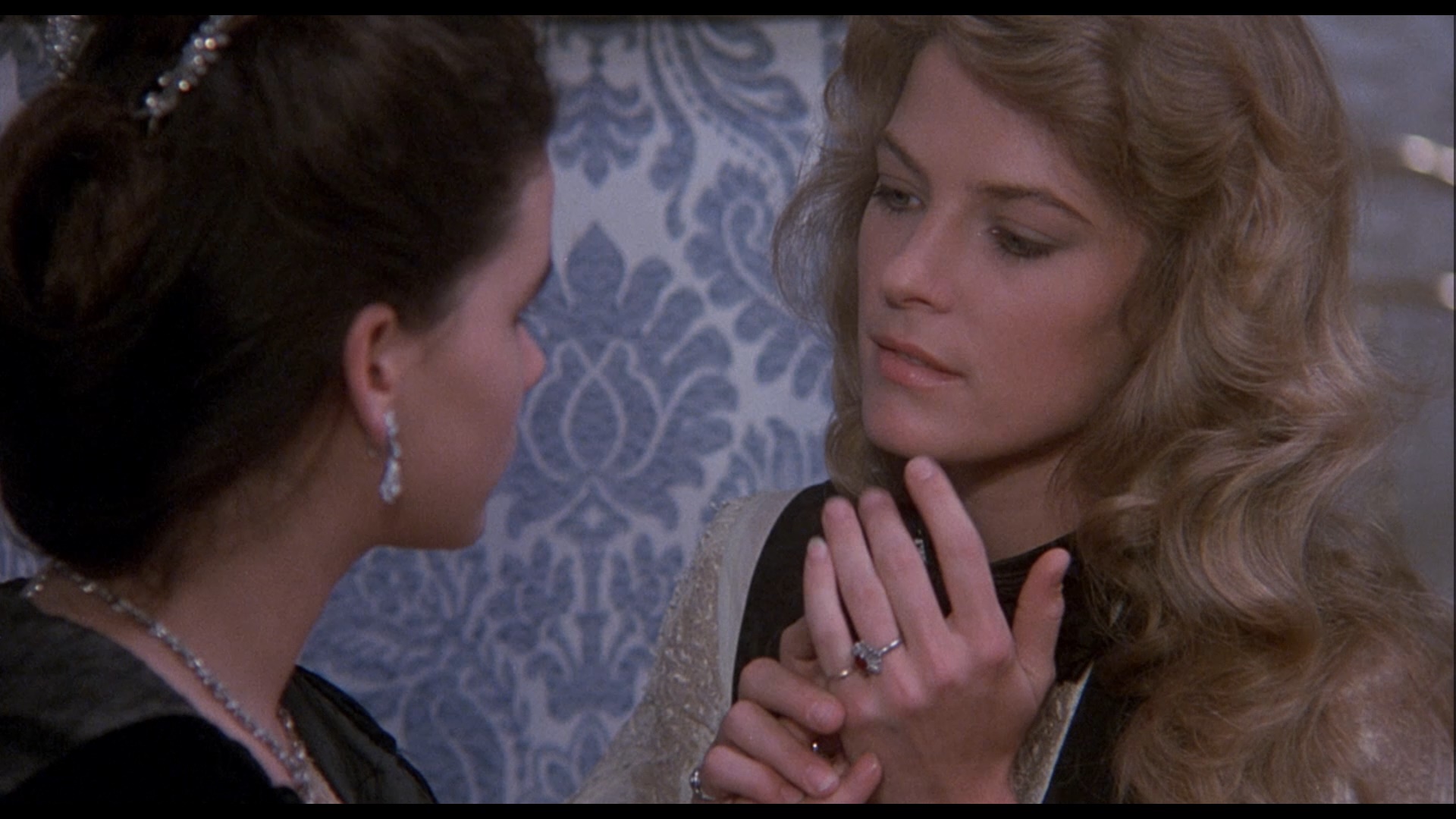 Unfortunately most home video releases of this film have been taken from the very watered-down U.S. cut of this film, which omits most of the considerable full frontal nudity and softcore romping to obtain an R rating. The 2019 Blu-ray release from Scorpion Releasing (avaialble from Ronix Flix and Diabolik) appears to be 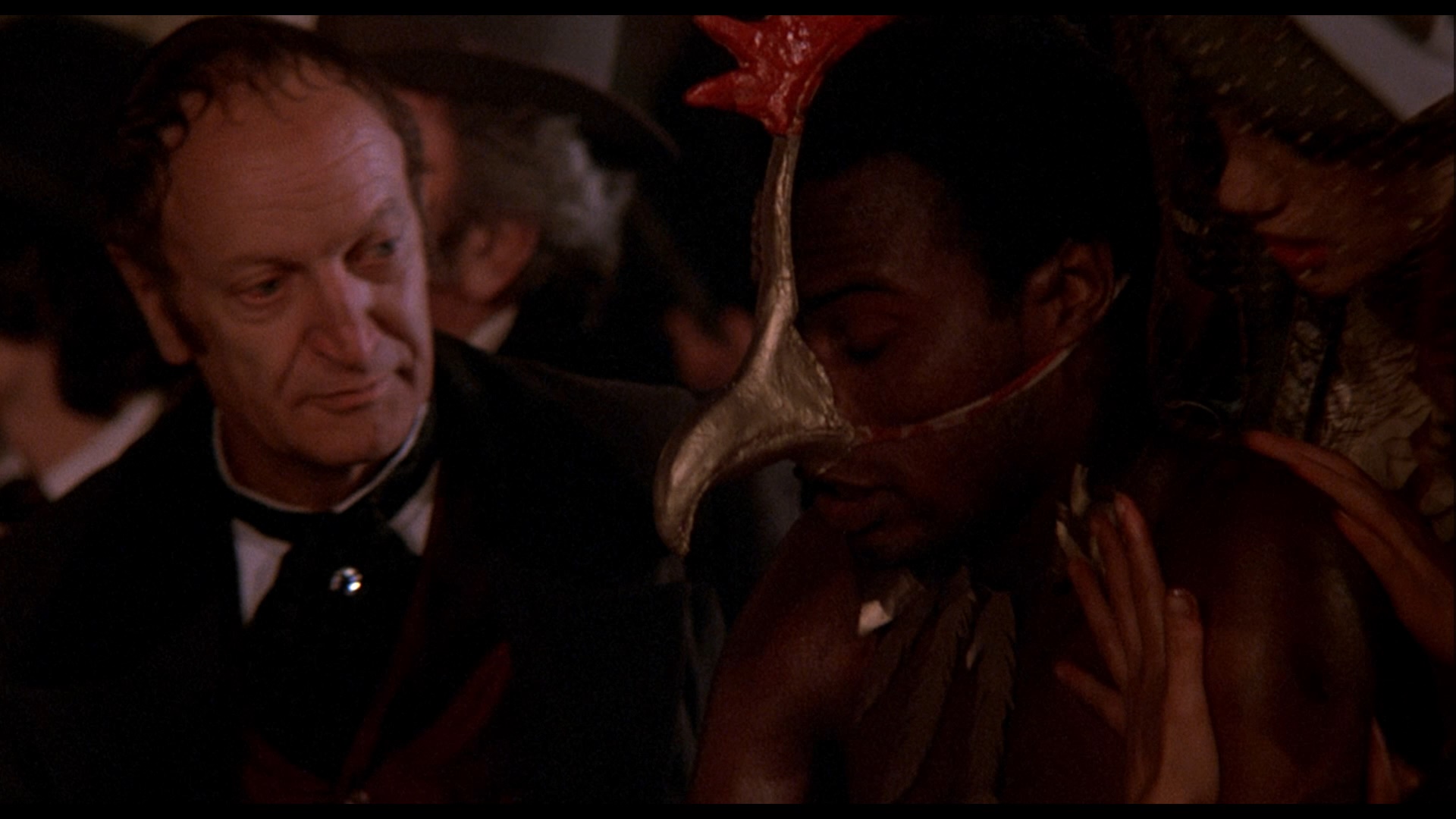 the longest version around and goes way beyond an R rating (especially in '83), restoring that amusing Tinto Brass flavor in all its glory. The film has a soft, powdery look that means this won't exactly be demo material for the Blu-ray format, but it looks nice and rich anyway where it counts with interiors in particular featuring some blazing warm colors. The DTS-HD MA English mono track is fine considering how basic the original track is, complete with some clunky dubbing to cover up many of the actors' strong accents. Optional English SDH subtitles are included, and the disc also features bonus trailers for 3:15, Hell Camp, Lone Wolf McQuade, Act of Vengeance, California Dreaming, and Record City.