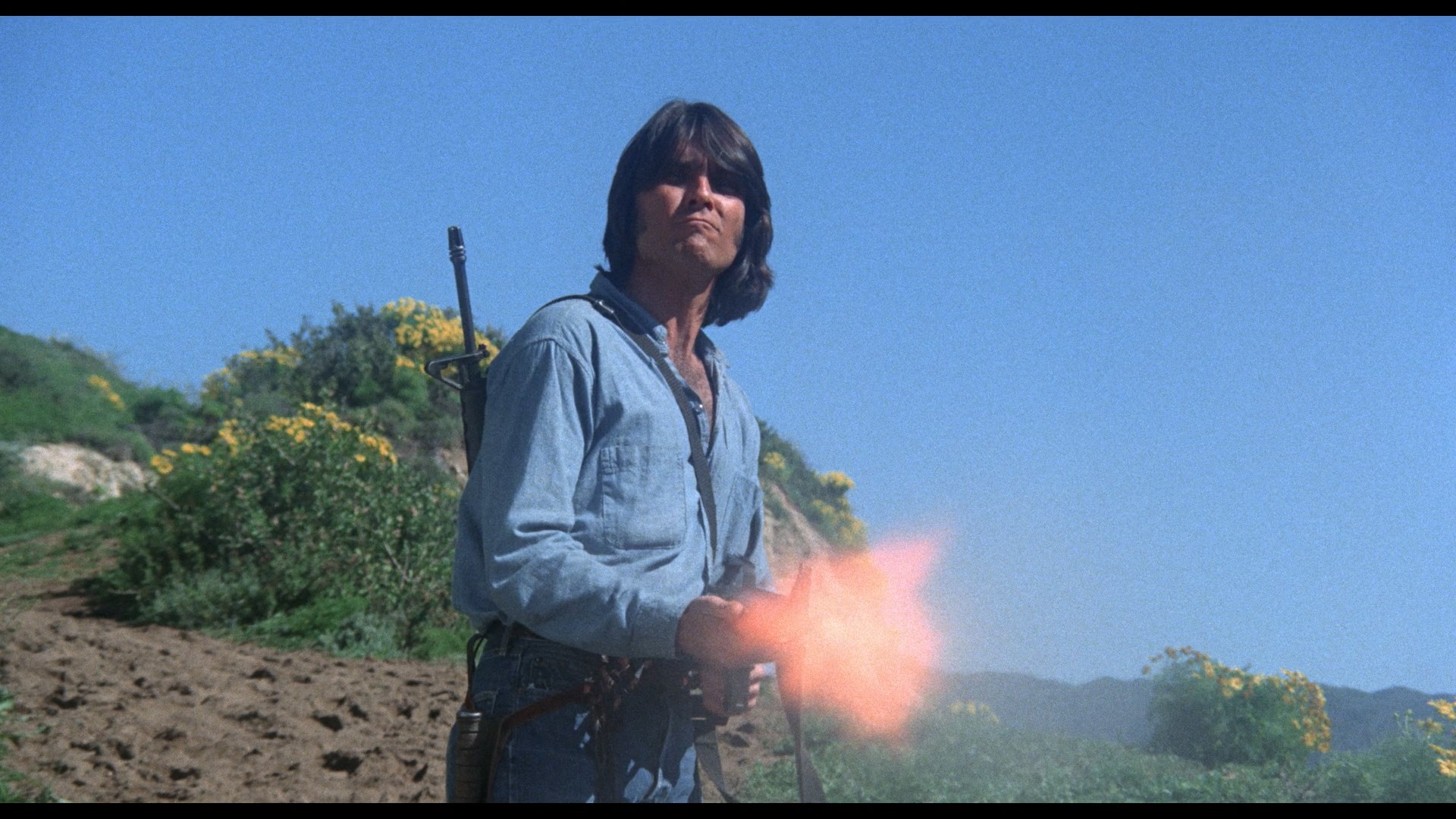 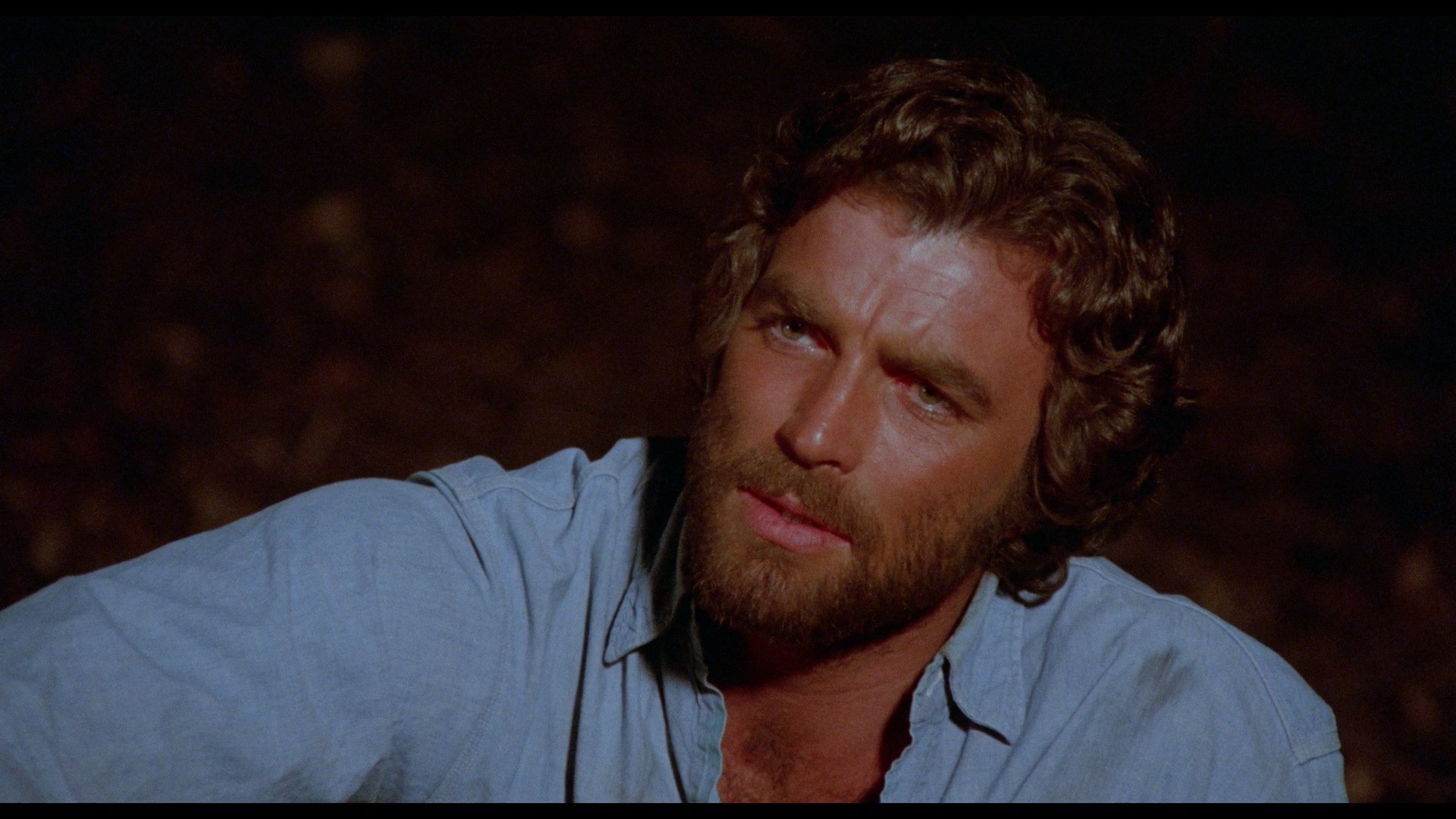 Way before Escape from New York and Battle Royale did the whole "fight to the death on a futuristic island" routine, Roger Corman veteran Stephanie Rothman (the first female drive-in director) delivered a bare bones exploitation quickie about a novel solution to the jail overcrowding problem: round up all the worst felons, toss 'em on a boat, and abandon everyone on a desolate island where they'll hopefully kill each other off. While no one's gotten desperate enough to implement this plan in reality (where releasing them all back on the street early seems to be the preferred method), Terminal Island's concept was catchy enough to inspire several generations of more prominent exploitation films, and while the extremely low budget definitely hampers the execution here, it's remained a video mainstay for years, even earning a solid VHS life throughout the '80s thanks to an important supporting role played by a bearded Tom Selleck in between Myra Breckinridge and his big breakthrough on TV's Magnum P.I..

Our story begins with a quick TV news recap about Terminal Island, where first degree murderers are shipped off to spend the rest of their days fending for themselves. Basically the island consists of some huts and various areas (and, as Roger Ebert perceptively pointed out, "a great beauty salon for women"). Among the residents are a mercy-killing doctor (Selleck) with a talent for smoking herbs, a sultry brunette sexpot named Joy played by Susan Davis (aka Aunt Susan from Beyond the Valley of the Dolls), and a pretty little bank blower-upper named Lee played, rather disconcertingly, by Lost in Space's Kristen, all grown up. Oh, and there's another future Magnum alumnus, Roger Mosley. Accompanied by a drawling country theme song, we then meet our newest arrival: Carmen (Hartmen), a tough cookie who doesn't take kindly to becoming another sexual submissive for the island's men under the control of unofficial leader Bobby (The Corpse Grinders's Kenney). Soon the island's splitting into two factions, and all-out war breaks out with only the victors surviving to see a new day. 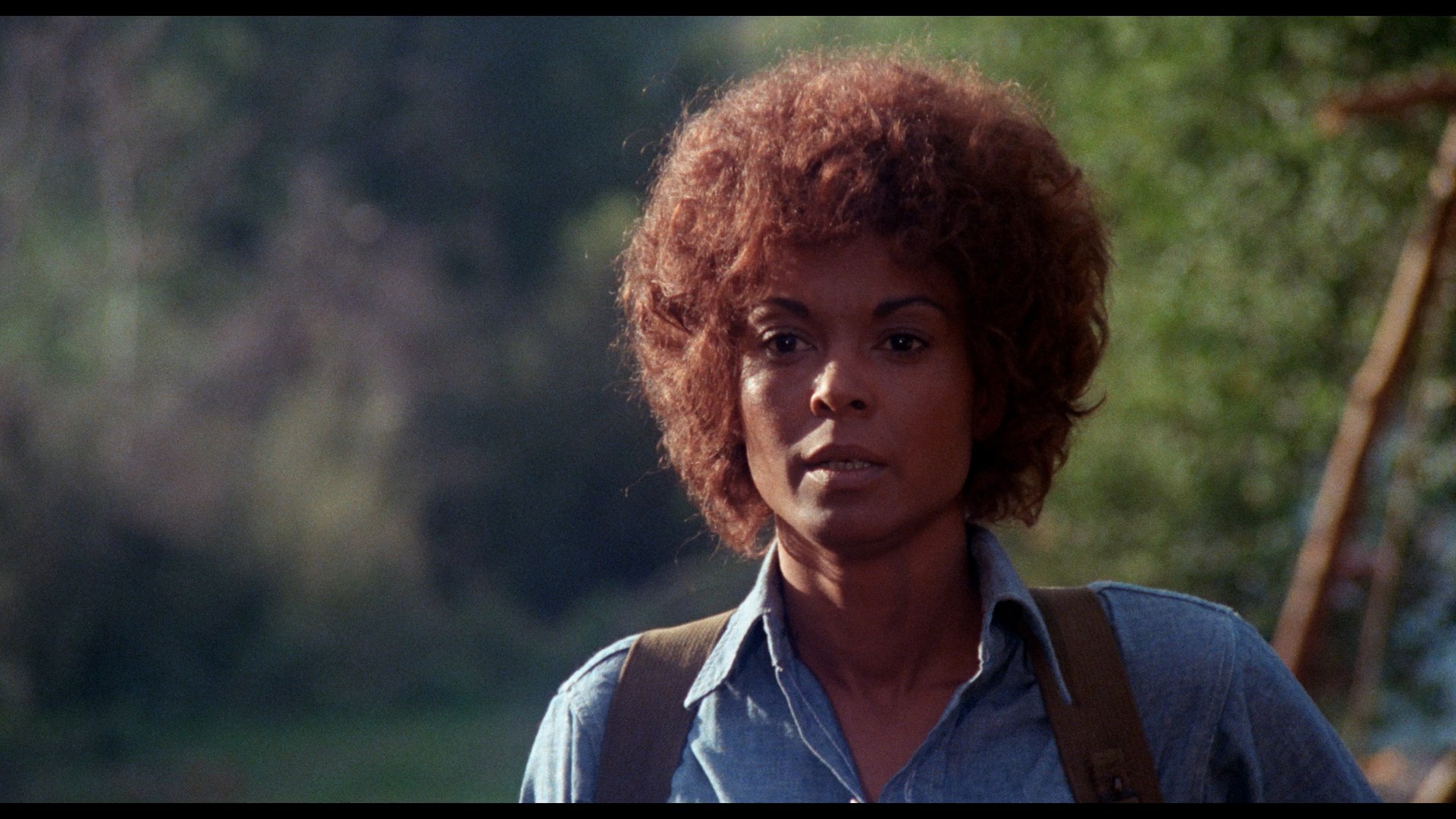 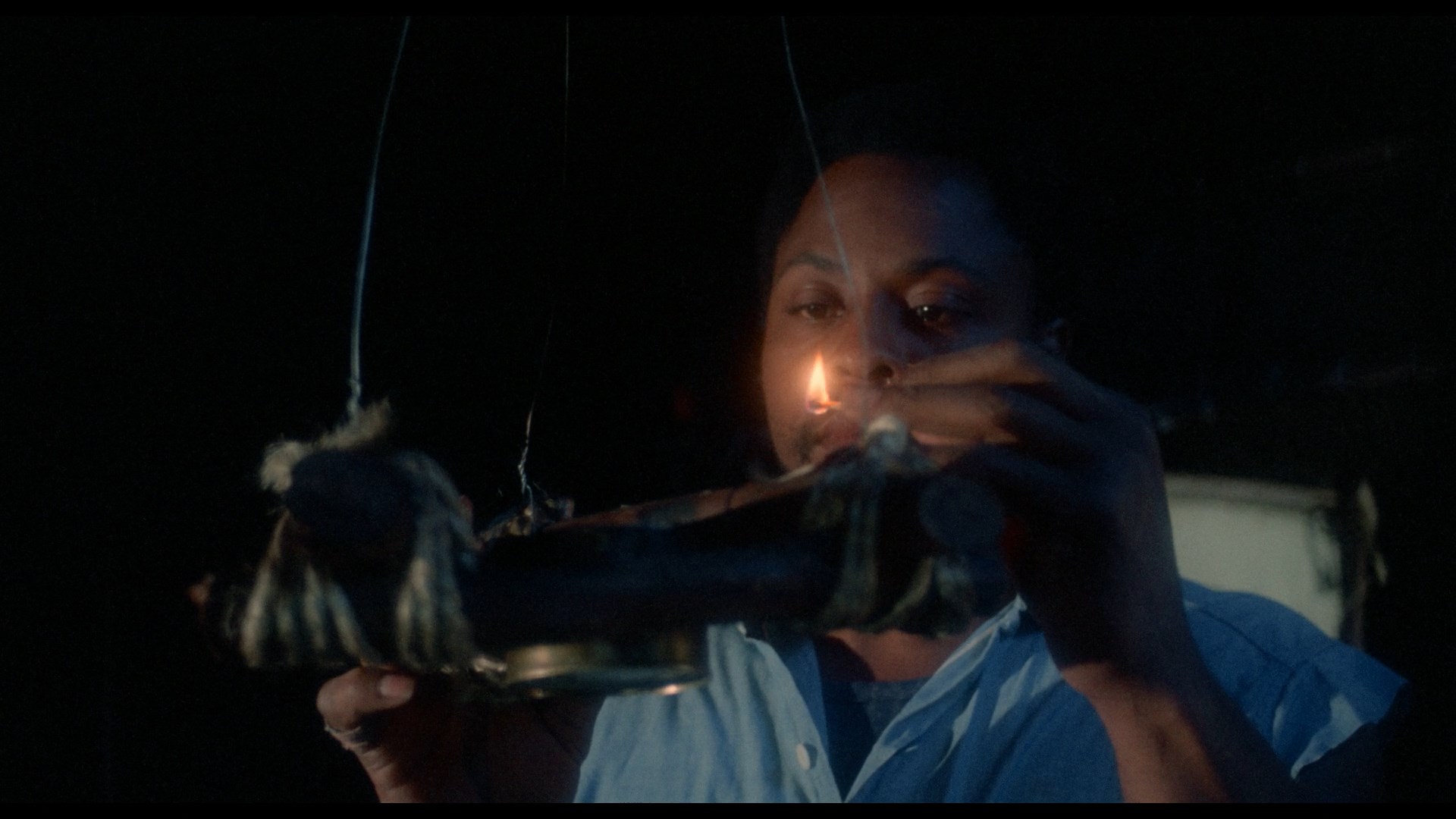 Nurses and the delirious The Velvet Vampire, all of which include the necessary staples of T&A, quick bursts of sadistic violence, and weird humorous flourishes, here represented best by a bizarre sequence involving a female prisoner, her would-be rapist minus his pants, and a handy beehive. It's a shame she stopped working the next year (after the oddball Working Girls and refrains from discussing her films on their DVD releases, as her unique saga really would make for an interesting commentary at some point. The solid cast is packed with recognizable faces lurking in the corners of the screen, even including an early appearance by James Whitworth before he went on to drive-in immortality as Jupiter in The Hills Have Eyes.

Considering it was made by a long-defunct indie distribution company (Dimension Films, who released Rothman's other non-Corman films with her financial participation along with titles like Kingdom of the Spiders, Dolemite, and The Redeemer), this film has had a healthy video history over the years from a number of companies. Unfortunately several shady, quasi-PD video companies have trotted this out on DVD in a terrible transfer yanked from a heavily edited TV print that lops out all of the nudity (and much of the storyline in the process); ignore the reviews on Amazon complaining about those pieces of ridiculous junk since Code Red's DVD release from 2010 features the raunchier R-rated cut familiar from the old VHS days on Continental Video. As the packaging prominently states, 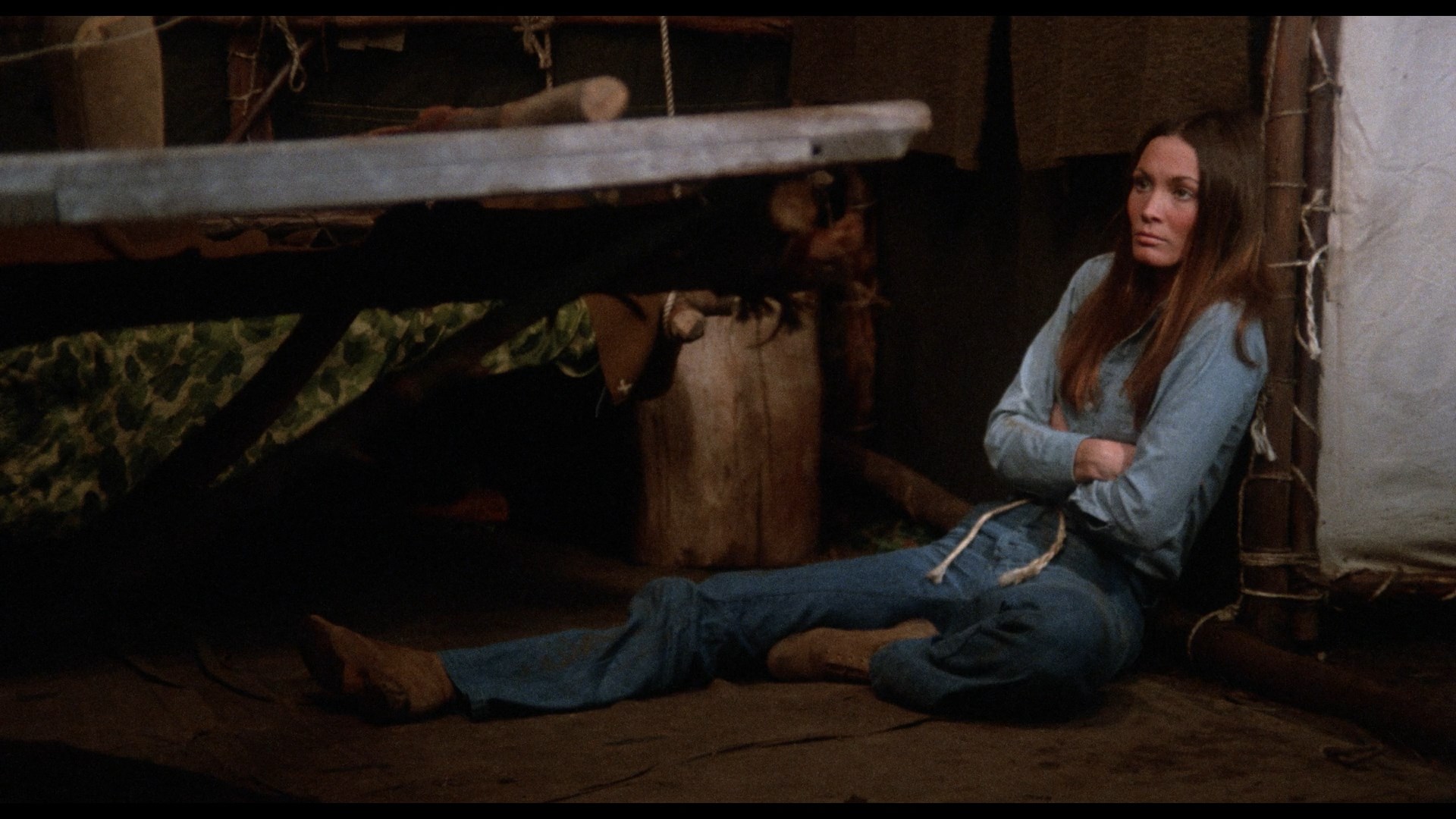 this anamorphic, uncut presentation is taken "from UCLA/the director Stephanie Rothman's archieved[sic] print," so while it's definitely on the "grindhouse"-y side (visible damage at reel changes, some blown-out scenes here and there), it still marked a major step up over past editions. In 2016, the label revisited the title for a Blu-ray edition, pulled from the same source (damage marks are identical) but with slightly toned-down and more realistic flesh tones. 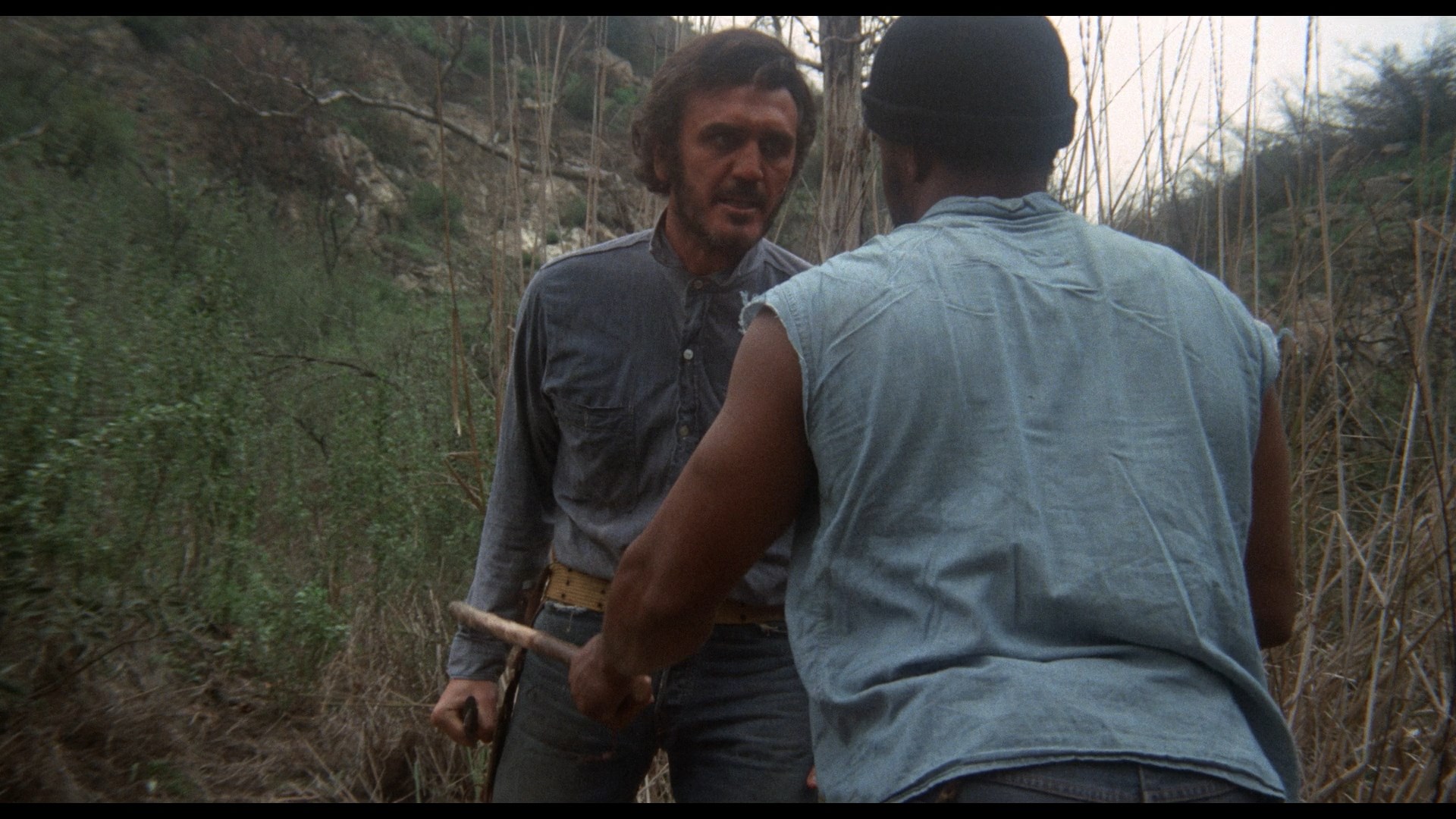 On the extras side, director/horror fan Scott Spiegel (Intruder) moderates an audio commentary with Kenney and the other male lead, Don Marshall, though their anecdotes tend to be pretty much limited to talking about the casting process and pretending that the wilds of Malibu could pass for an isolated penal island. Both actors also appear in separate video featurettes, both clocking in just under half an hour each, with more interesting overall surveys of their careers; Kenney in particular has some nifty tales about his TV work (including a well-remembered part of Star Trek) and talks about how he felt the lack of money hampered what seemed like a more ambitious film at the time, while Marshall also had a hefty TV career under his belt by the time including a regular on Land of the Giants and a funny bit on Bewitched. (Both are extremely windowboxed on the Blu-ray for no discernible reason.) Davis also appears in voice only via a 5-minute telephone interview in which she doesn't really touch on her most famous role for Russ Meyer, instead focusing on how she got the Terminal Island role and her really unusual career afterwards, including a regular role on TV's Vega$. The theatrical trailer is included along with (on the DVD only) additional Code Red promos (Rothman's other two Dimension titles, Stigma, The Black Klansman, etc.). Definitely a must for fans of '70s drive-in thrills with a little potent social commentary swirled in.