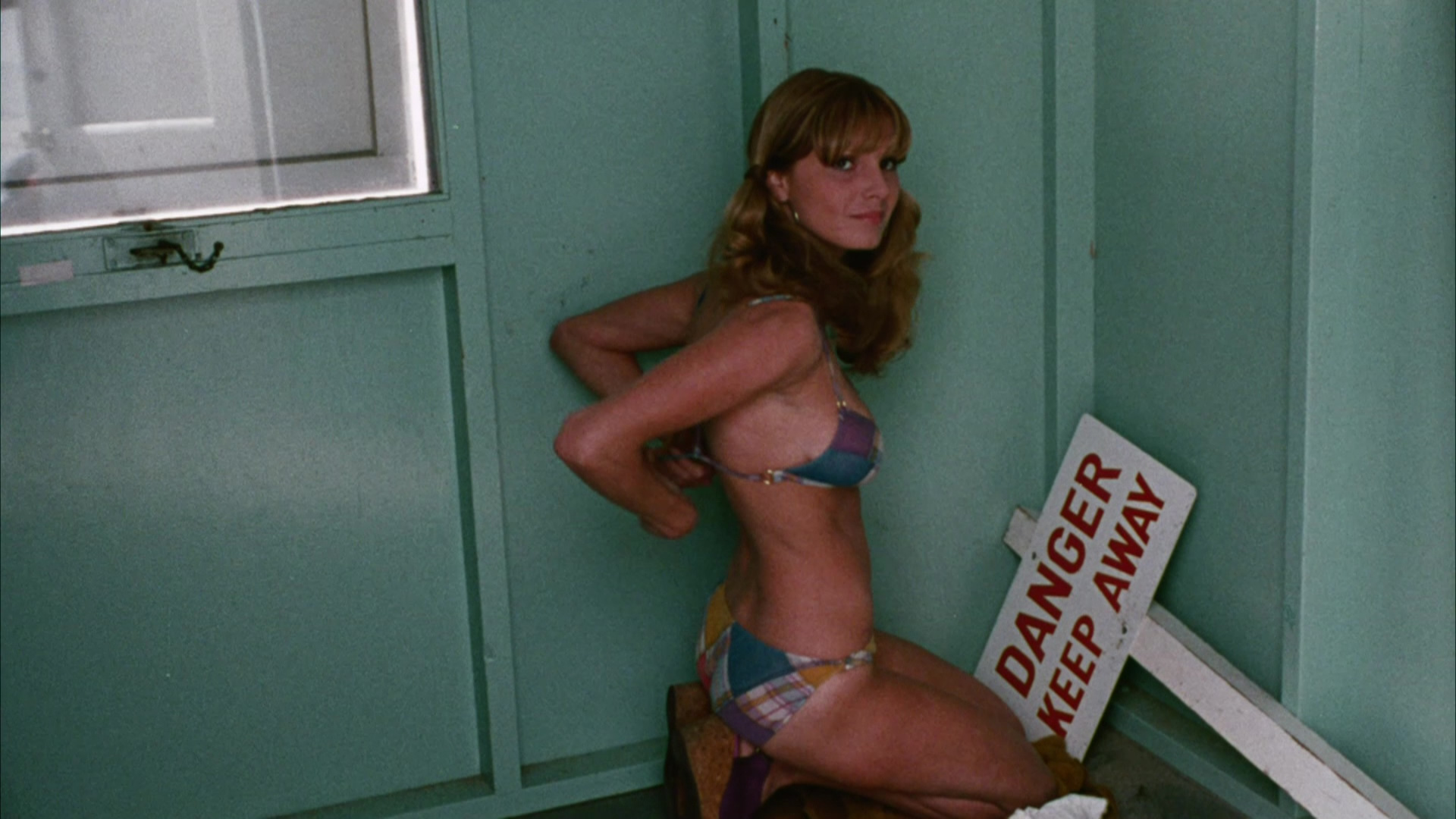 The sexual revolution in the '60s saw a lot of upheaval that spread like wildfire through middle America, and before you knew it, the following decade was awash in terms like "swinging," "swapping," and "fondue." Not surprisingly, Hollywood was quick to follow suit with fare like Bob & Carol & Ted & Alice, which took a timid look at the spouse-swapping phenomenon without discounting the idea of "traditional" marriage. Meanwhile, literature was way ahead of the game; one of the more popular scandalous bestsellers of the era was 1962's The Harrad Experiment, a "free love" manifesto about a fictional school in which the students not only practice random sex with each other but even engage in a group marriage ceremony. The subsequent 1973 film adaptation (starring Don Johnson and his future mother-in-law, Tippi Hedren) jettisoned the entire polyamorous marriage angle, instead resulting in a soft focus coming-of-age romance with some skinnydipping and occasional partner-swapping thrown in. 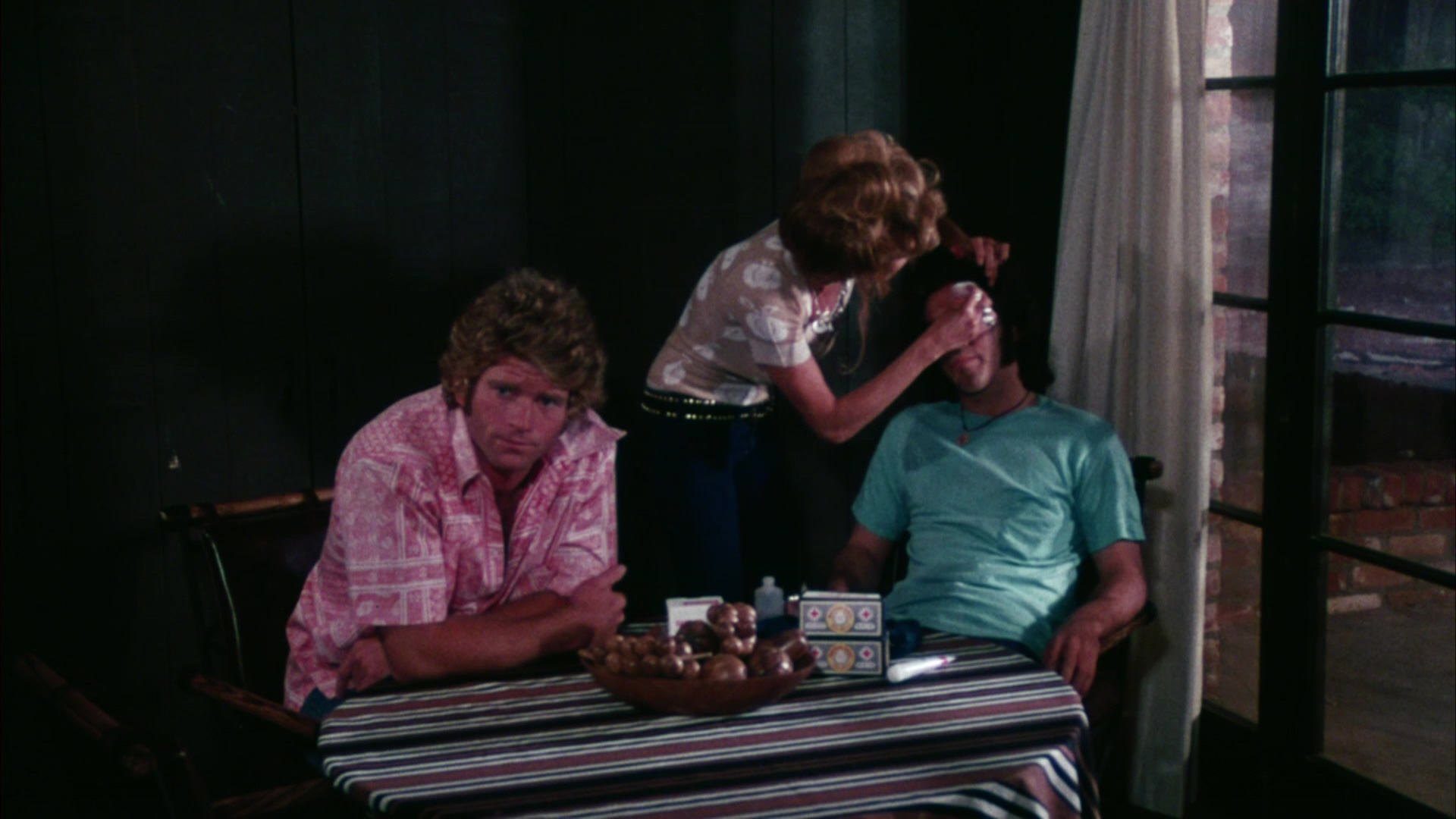 That official adaptation left the door open the following year for another film, Group Marriage, to directly tackle the issue previous films kept dodging. Director Stephanie Rothman, a fascinating filmmaker who cut her teeth in the Roger Corman school of filmmaking on films like 1966's Blood Bath, 1970's The Student Nurses, and 1971's marvelous The Velvet Vampire, had just moved away from Corman's New World umbrella and was busy directing and writing projects of her own for Dimension Pictures along with her husband, writer/producer Charles S. Swartz. The same year also produced another Rothman/Swartz title, Terminal Island, which is another subject entirely.

As you've probably gathered, the plotline is basically a mechanism to throw together a bunch of hot people who want to marry each other, with a little dramatic fallout ensuing. The situation begins with pretty car rental agent Chris (one of the many bonbons from Pretty Maids All in a Row) striking up a flirtation with parole officer Dennis (Savage Weekend's Pomerantz) and taking him home, much to the confusion of her boyfriend (Serna). When Chris and Dennis hook up shortly afterwards and get caught nonchalantly in bed the next morning, Dennis' girlfriend, Jan (When Dinosaurs Ruled the Earth's Vetri) gets in on the action, too -- and so begins a snowballing situation with six partners all living together as one big semi-happy household... until a media frenzy and other complications set in. 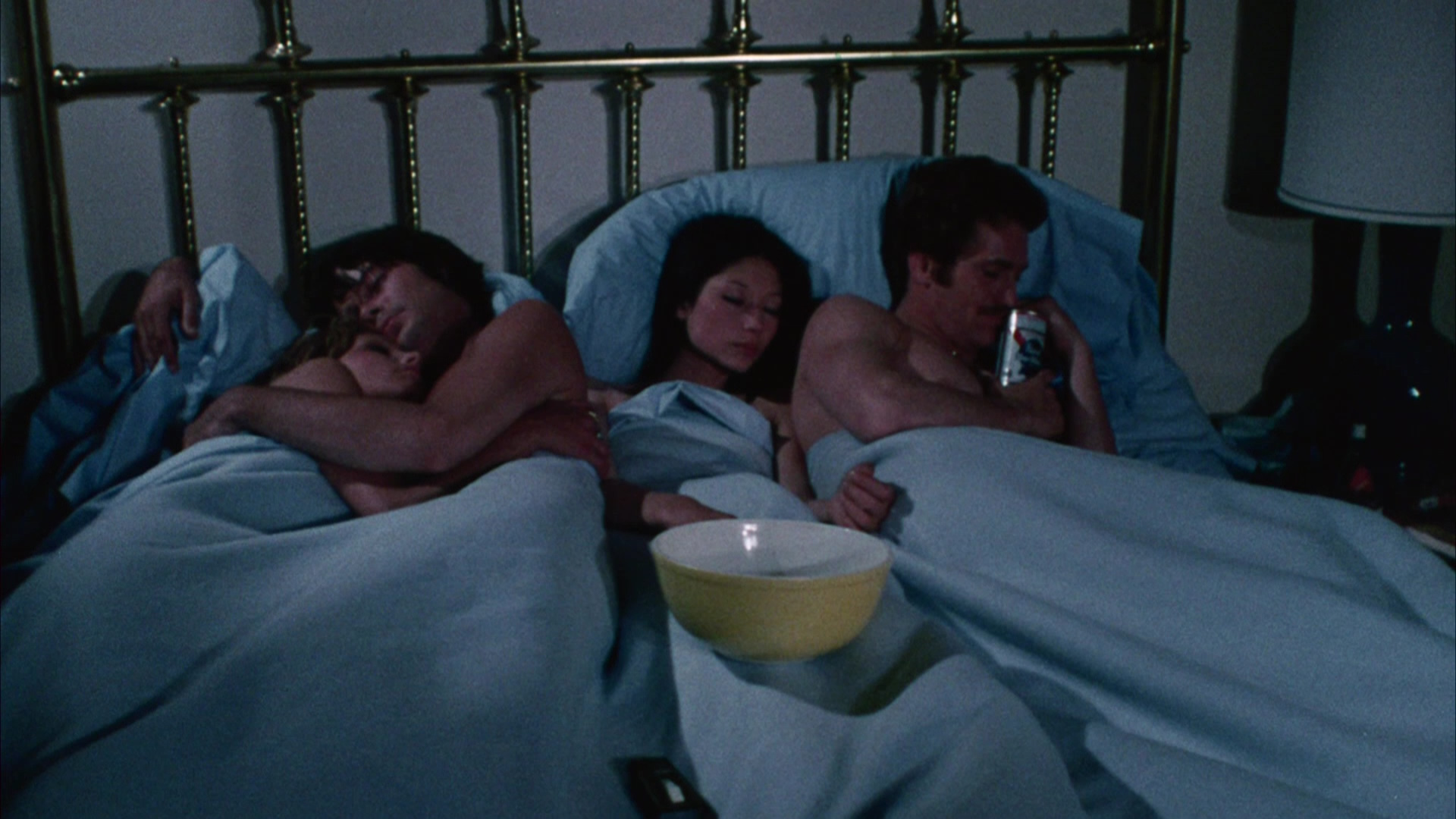 Lest you think that Group Marriage is aiming for a deep sociopolitical statement, bear in mind that this is still first and foremost an exploitation film starring two Playboy Playmates, Vetri and the late Claudia Jennings. The T&A quotient is fairly high here, though as usual for Rothman films, it's handled in a very self-aware and satirical fashion beyond what most male filmmakers (besides Jonathan Demme) would attempt. Surprisingly, she also coaches an effective performance out of Vetri, who was usually cast as a blank-eyed mannequin aside from her brief and haunting role in Rosemary's Baby (under her infrequent stage name, Angela Dorian). Incredibly, she's currently behind bars for the 2010 shooting of her boyfriend, which gives this film a very different slant in retrospect. However, the most interesting thing about this film from a current political standpoint is its inclusion of a gay couple who want to get married, too; it's a subplot that's treated with a surprising amount of gravity and reaffirms this as a film quite a bit more progressive than you might imagine.

The move to get all seven Rothman films out on DVD continues to creep forward with this, part of Code Red's trilogy of releases from the director. (The lone holdout now is her most innocuous effort, It's a Bikini World, which runs in scope on various HD movie channels on occasion.) Not surprisingly, the transfer is substantially better than the various VHS versions from the '80s, including a very soft and banged-up edition from Continental Video back in the days when they were cranking out H.G. Lewis titles. It's not 100% mint, but considering the film's long-orphaned distribution status, the results are pleasing enough and very colorful. The mono audio is fine given the recording capabilities of the era and the budget. The only significant extra is the theatrical trailer, which was previously seen on 42nd Street Forever Vol. 5: The Alamo Drafthouse Edition, along with the usual grab bag of Code Red trailers like their other two Rothman titles, Dr. Black & Mr. Hyde, and Cry Your Purple Heart Out.