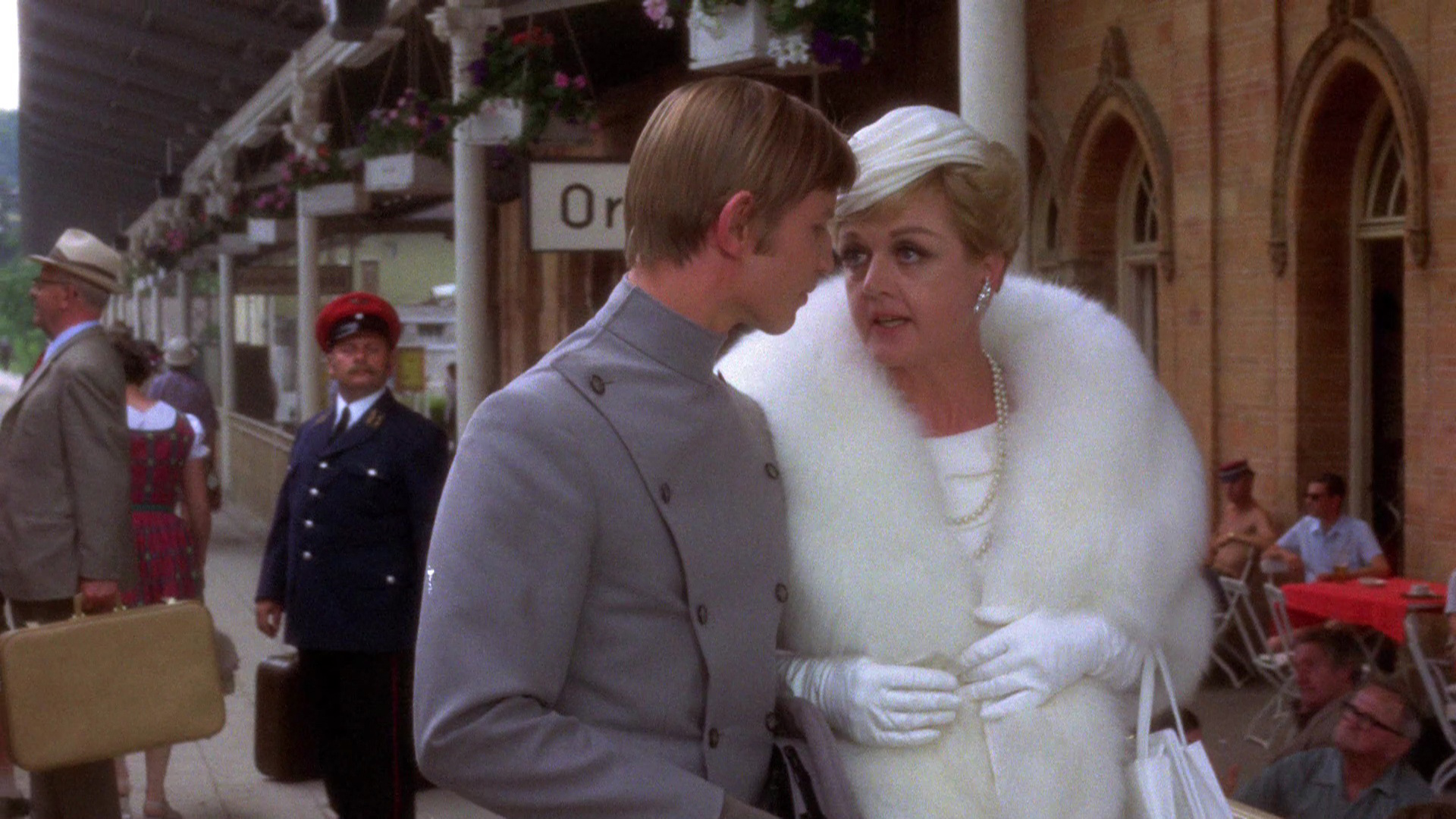 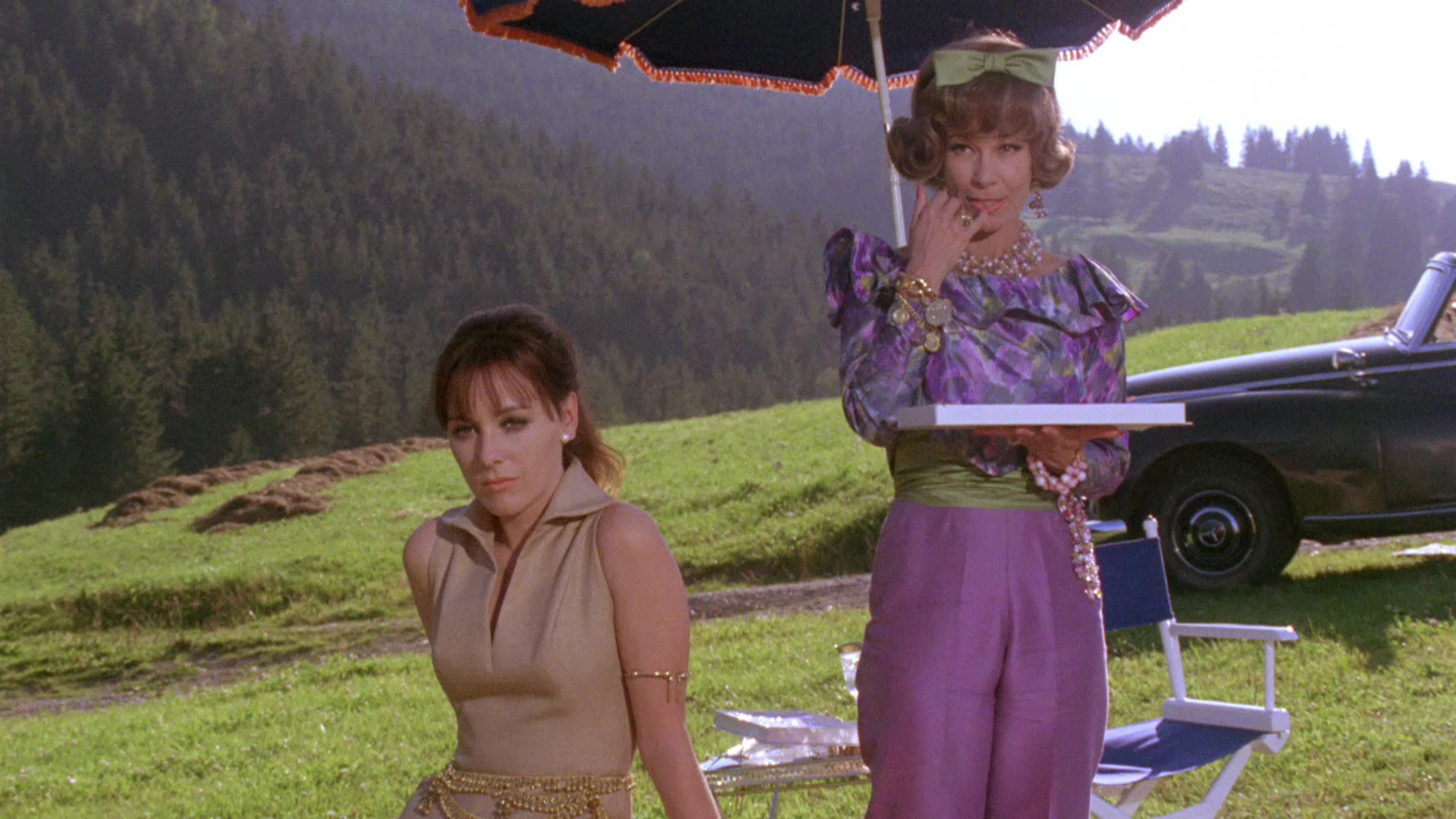 Almost entirely forgotten today due to its unavailability on home video for decades and almost complete absence of TV or revival theater appearances, this deliciously sick and elegant black comedy marked the feature directing debut for Harold Prince, a legendary Broadway producer and director with credits including Cabaret, West Side Story, Evita, Phantom of the Opera, and many more. This film also marks a fascinating stopping point between the 1966 Broadway production of Cabaret and the Oscar-winning 1972 Bob Fosse film version, which ported over the star of this film, Michael York, as another pansexual outsider in Germany.

While spending the afternoon in a Bavarian field while a priest tries in vain to collect butterflies, young and unemployed Konrad (York) becomes fixated on the castle of the Von Ornstein family, one of the few still living in one of those buildings in the modern age. Enchanted with the idea of presiding over a castle since fairy tale stories as a child, Konrad befriends the aging footman Rudolph at a beer garden and catches a ride to the Von Ornsteins, consisting of the imperious, Vogue-reading Countess Herthe von Ornstein (Lansbury), handsome son Helmuth (Vampire Circus and Flavia the Hertic's Corlan, aka Anthony Higgins), and dowdy but very perceptive daughter Lotte (stage veteran Carr). 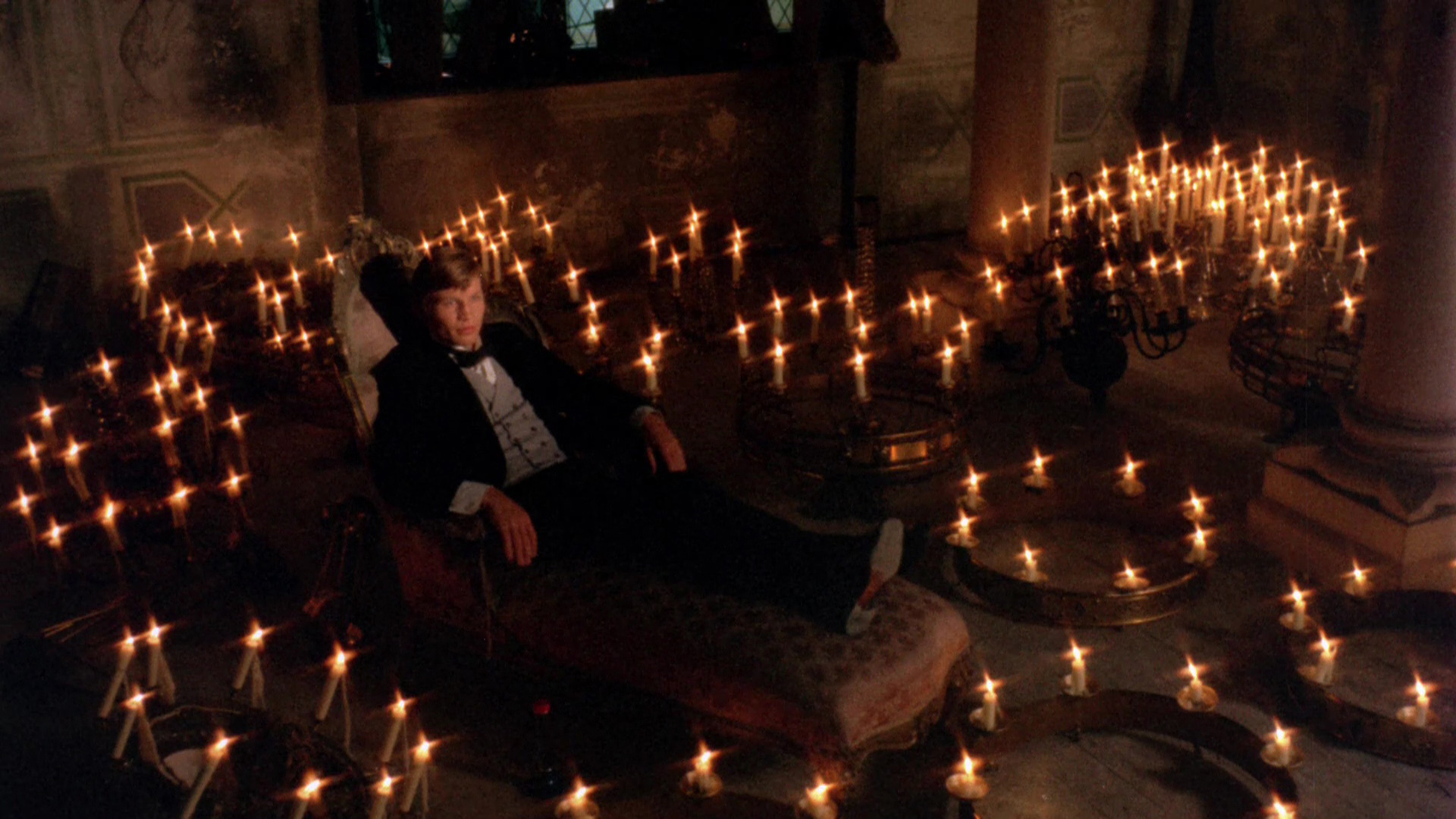 At first his request for a job is turned away, but when he "accidentally" slams Rudolph's hand in a door, it's up the social ladder at the Von Ornsteins', who have fallen on financial hard times and closed the castle to outsiders. Through more scheming 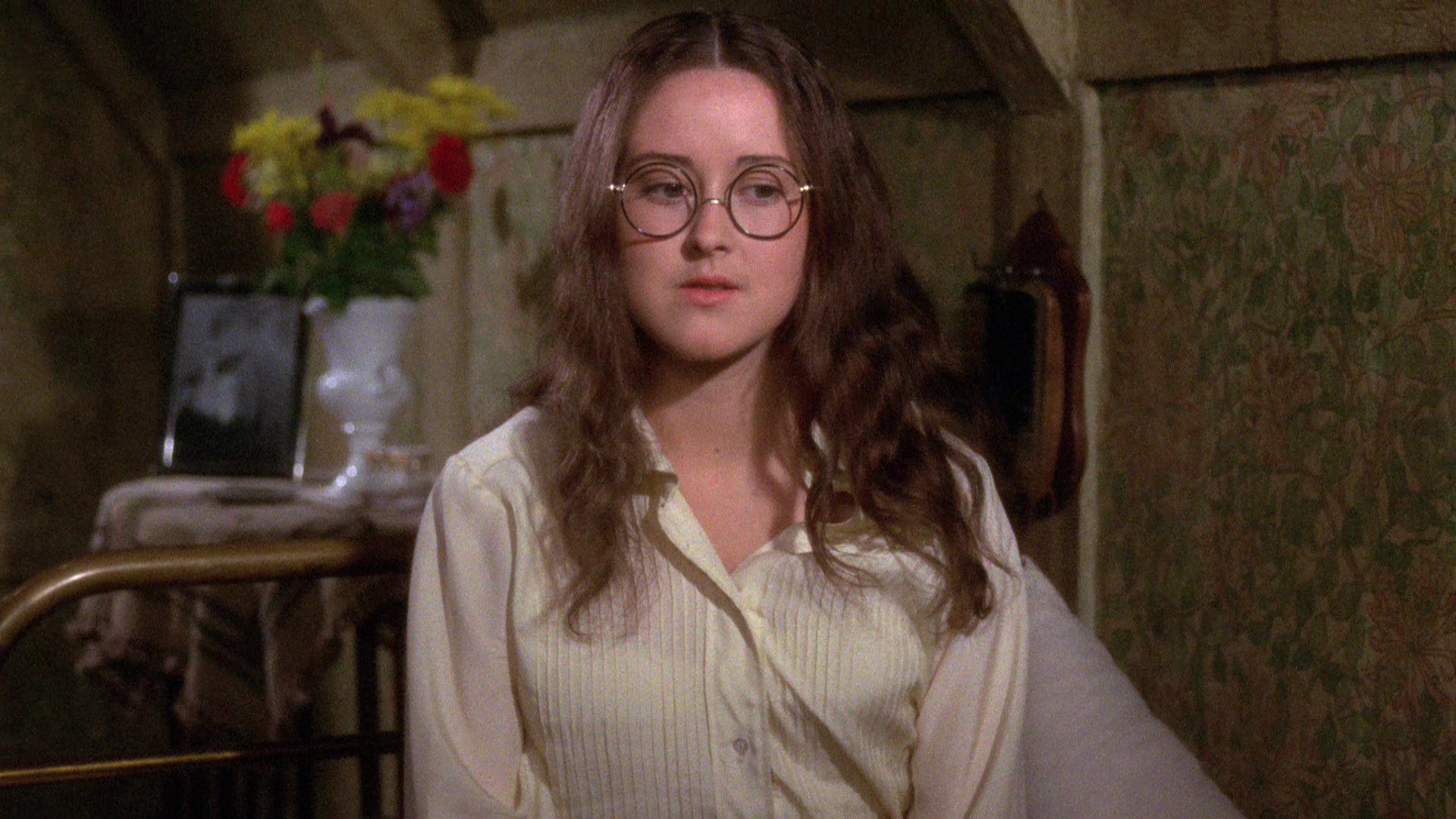 Konrad manages to jettison the family footman and take over his job, all while seducing both Helmuth and the beautiful Annelisse (Weis), daughter of one of the biggest "new money" families in town. Soon it becomes clear that Konrad's plans are complicated and nasty indeed with deception and murder as part of the bargain.

Loosely adapted from Harry Kressing's wry suspense novel The Cook (with all of its culinary aspects dropped entirely), this is a particularly twisted take on the "outsider upending an aristocratic family" formula that had recently been used in such films as Teorema and Cult of the Damned (which this film strongly resembles in some surprising ways). Still a relative newcomer at the time best known for a couple of Franco Zeffirelli Shakespeare films, York acquits himself well here as the icy sociopath at the film's center; however, it's Lansbury's show as she gradually gets more and screen time, showing off some pretty astonishing outfits and getting a couple of showy monologues (including a single-take walking one with York that pays off very nicely). Not to be overlooked are Carr, who gets some of the juiciest lines, and Corlan, who made for a welcome break against movie stereotypes at the time. Extra points for the hilariously nasty twist ending, which delivers a traditional fairy tale conclusion but in a completely different context. 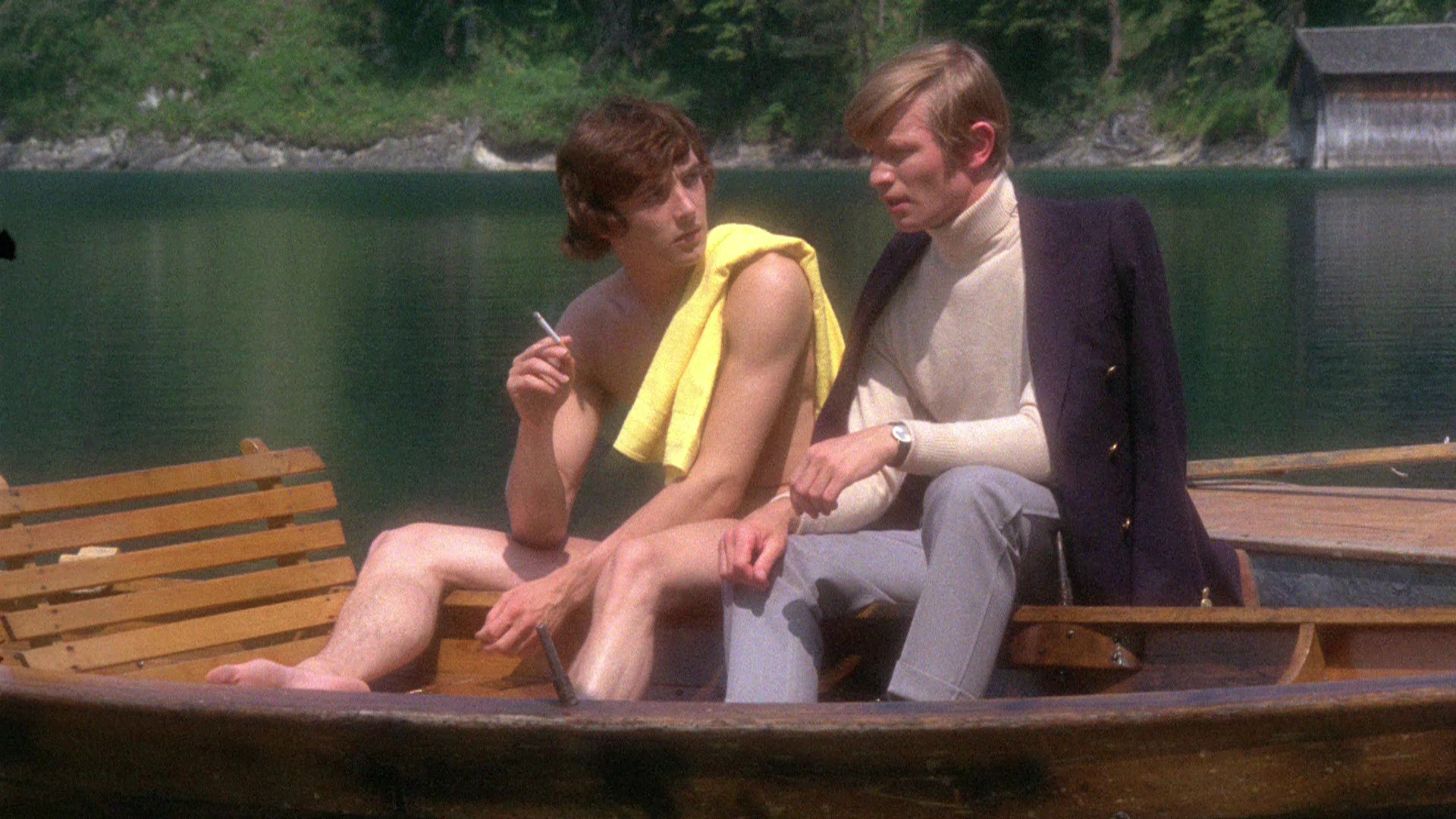 Made by short-lived but daring outfit Cinema Center Films (who made The Boys in the Band, Darker Than Amber, Monte Walsh, Little Big Man and A Man Called Horse the same year!) and released by National General Pictures, Something For Everyone was definitely geared for the Broadway and camp movie crowd, slapped with a pretty questionable R rating (due to its themes and general subject 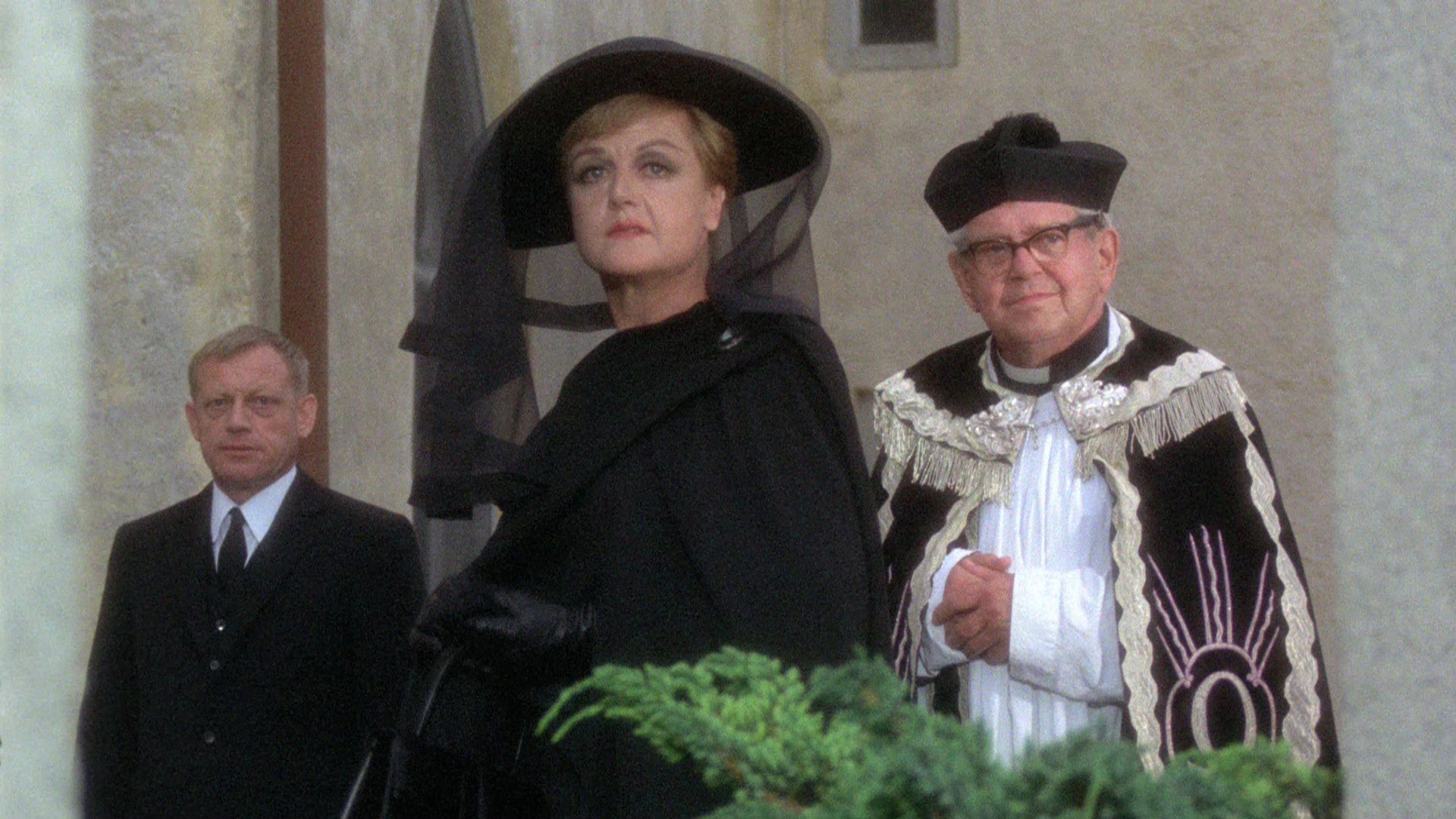 matter more than anything actually shown on screen) and even marketed in some cities as a gay interest title, which seems like a bit of a stretch since that only takes up a small fraction of the running time. Afterwards it appeared on VHS from Key Video in the early '80s but then disappeared for some reason, finally resurfacing again in 2016 on Blu-ray and DVD from Kino Lorber. The new HD transfer brings out a vivid, storybook quality to the film's intense color schemes that was mostly lost in the old VHS, and it appears to be cobbled together from at least two film sources, looking pristine at times and a bit battered and softer in others (particularly the pre-credits scene and one bumpy reel change). It's a great upgrade all around though and should please fans who have been clamoring for a decent transfer of this one for many, many years. The DTS-HD MA English mono audio sounds pretty solid for an indie 1970 film; nothing to really complain about, and the minimal score by John Kander (of Kander and Ebb fame from Chicago and Cabaret) sounds quite nice. Optional English subtitles are included; for some reason, Konrad and some other characters have their names several different ways over the course of the film! No trailer here (though you can find it on other compilations), but there are bonus trailers for Valentino, Luna, The Honey Pot, The Private Life of Sherlock Holmes, and Topkapi.