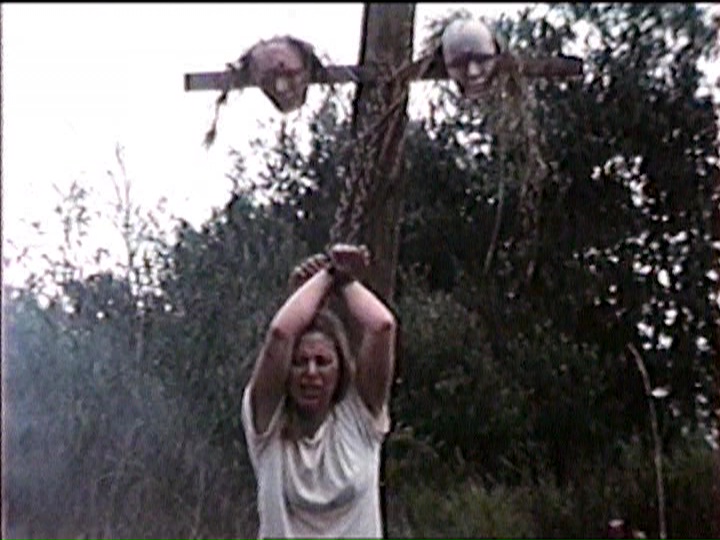 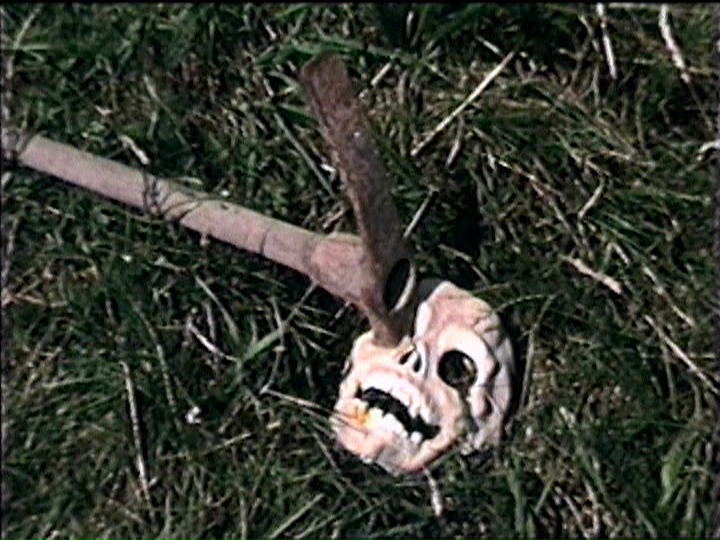 A Super 8 slasher wonder that nearly defies description, the French splatter mini-epic Ogroff (shown in many English territories as Mad Mutilator) is the brainchild of video store owner and fanzine publisher Norbert Moutier, a.k.. Norbert Georges Mount, a.k.a. N.G. Mount. A horror and sci-fi enthusiast, he concocted this debut feature as an amateur cheapie for his own amusement, shot out in the French woods with a cast of amateurs and loads of fake blood. The end result feels like the brain-damaged love child of the Polonia Brothers and Nathan Schiff, which is either a hearty recommendation or a dire warning depending on your taste.

The plot concerns a masked guy in the woods who likes to kill people. And that's about it. The director pseudonymously plays the title psychopath, who likes to make blood soup and chomp on cannibal dinners in his lonely delapidated house out in the middle of nowhere, and no one who runs afoul of him is safe, even little kids or inanimate vehicles. Heads get lopped off. Arms roll in the grass. He also likes to grind his axe against his crotch in front of centerfolds plastered on his wall, which is definitely a movie first. Eventually things take a truly crazed turn when we find out there's also something supernatural on the premises, which leads to an undead melee with an appearance by Jess Franco regular Howard Vernon, of all people.

Almost hypnotic in its refusal to play by any kind of cinematic rules, this film revels in gory brutality but never feels all that offensive due to the fact that it's so cheaply shot (mostly in daylight) and features a wacko, droning electronic soundtrack (which is actually quite effective at times) with maybe a dozen or so poorly dubbed French words awkwardly shoehorned in at random intervals. It's definitely fascinating and hard to forget, though anyone who isn't seasoned in slasher films or Euro horror will have absolutely no way of comprehending what's unfolding on screen. Either way, you ain't seen anything else like it. 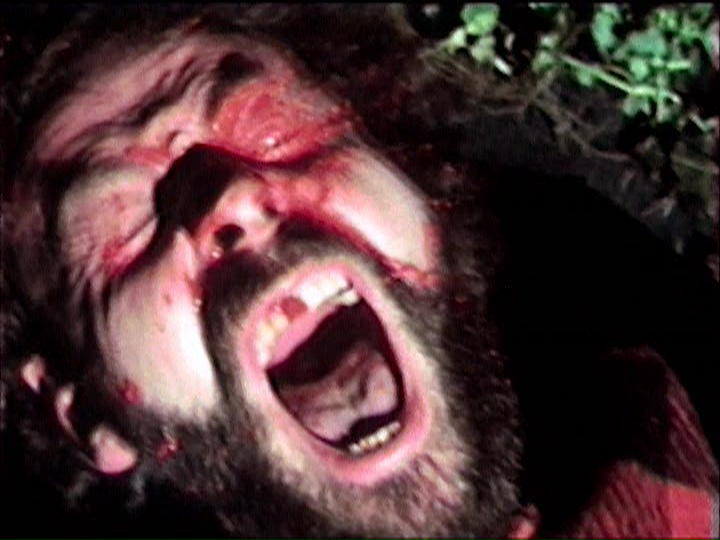 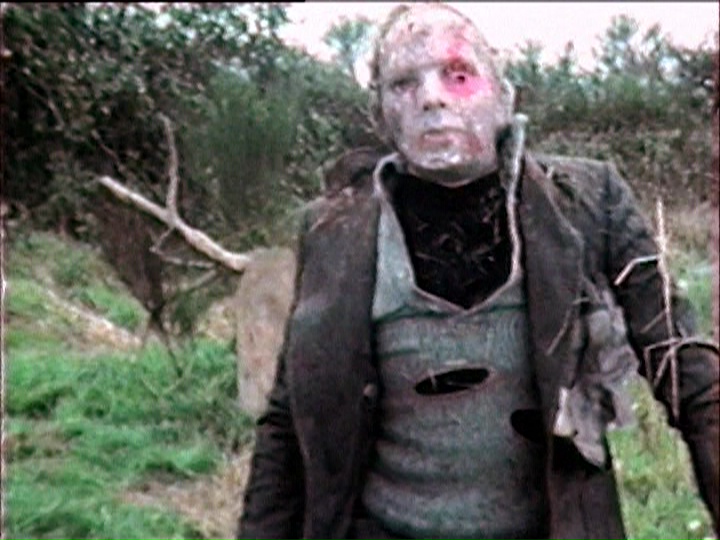 Ogroff first appeared on DVD from French label Artus in 2012, sporting a very dark, crunchy-looking transfer (with optional English, Spanish, or Italian subtitles) from the only existing master, a Beta SP made by the director. (Apparently the film elements no longer exist.) That DVD includes a 20-minute interview with Moutier in his video shop and a one-hour "Ogroff: 30 Years Later" critical analysis, neither of which is English friendly. More intriguing is a dialogue-free "Scene d'introduction," which appears to be a deleted 7-minute prologue with Vernon involving Nazi doctors in France performing experiments that somehow yielded the title character. Also included are a stills gallery and a promo screen for other Artus titles.

Quite a bit more work went into the film's presentation for its North American DVD debut from Videonomicon, the Canadian madmen who also unleashed Ryan's Babe and Science Crazed on the world. You get two viewing options here, the drab, dark, and fairly pale original transfer and a new 2016 remastered version that features some additional color correction bringing out a decent amount of saturation in what remains pretty compromised material. It also tones down the blown-out white levels in several shots; here's a sample of the older transfer for comparison. The effort here is appreciated as the film does look a bit healthier, all things considered. This time out you get optional English, French, or Spanish subtitles, a new video trailer, liner notes by Andy Bolus and Joseph A. Ziemba (including a bit more detail about how the director rounded up his cast and premiered his film), and bonus trailers for the label's prior releases. A DVD-Rom folder also includes an amusing selection of video artwork and production stills.