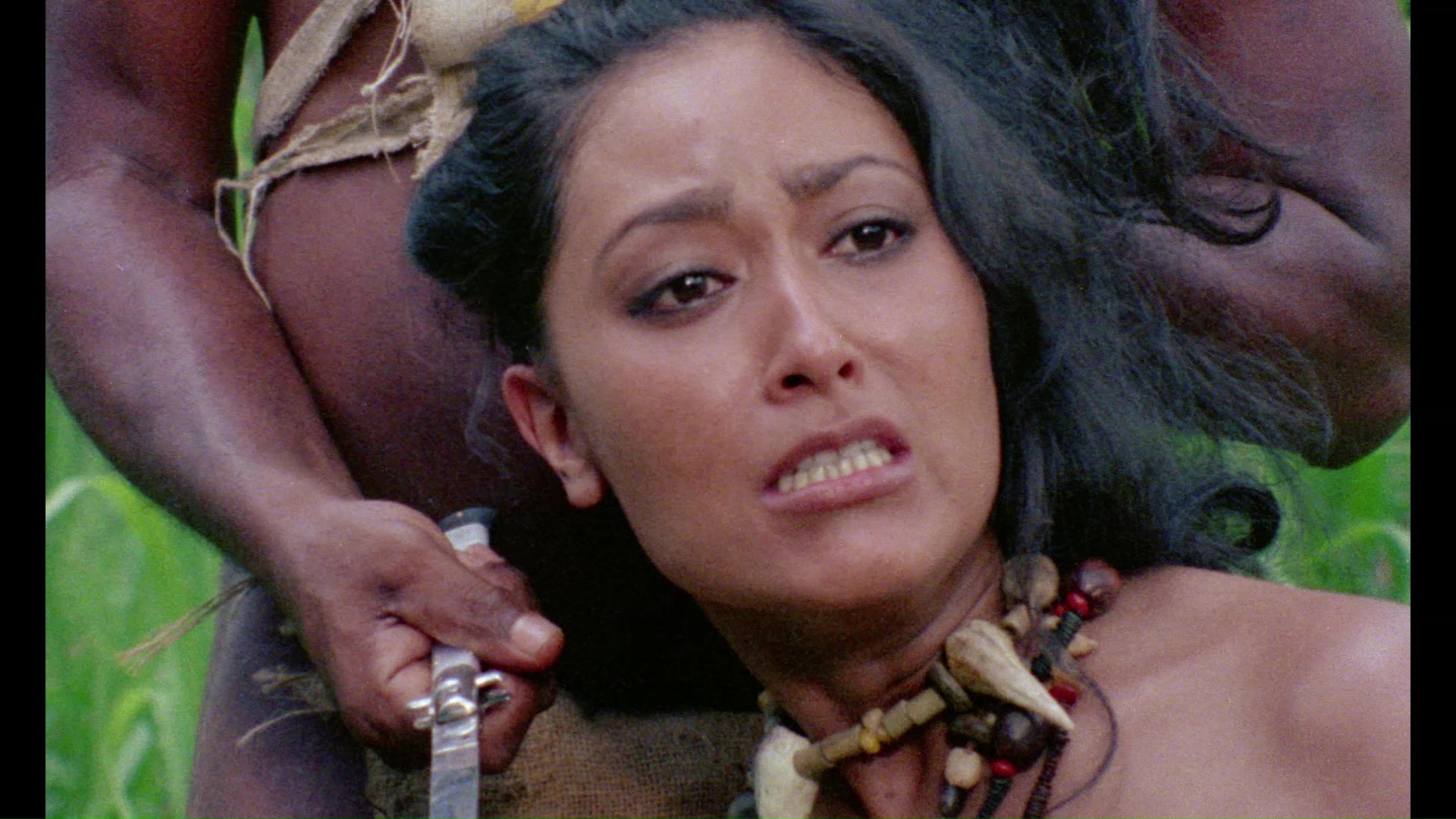 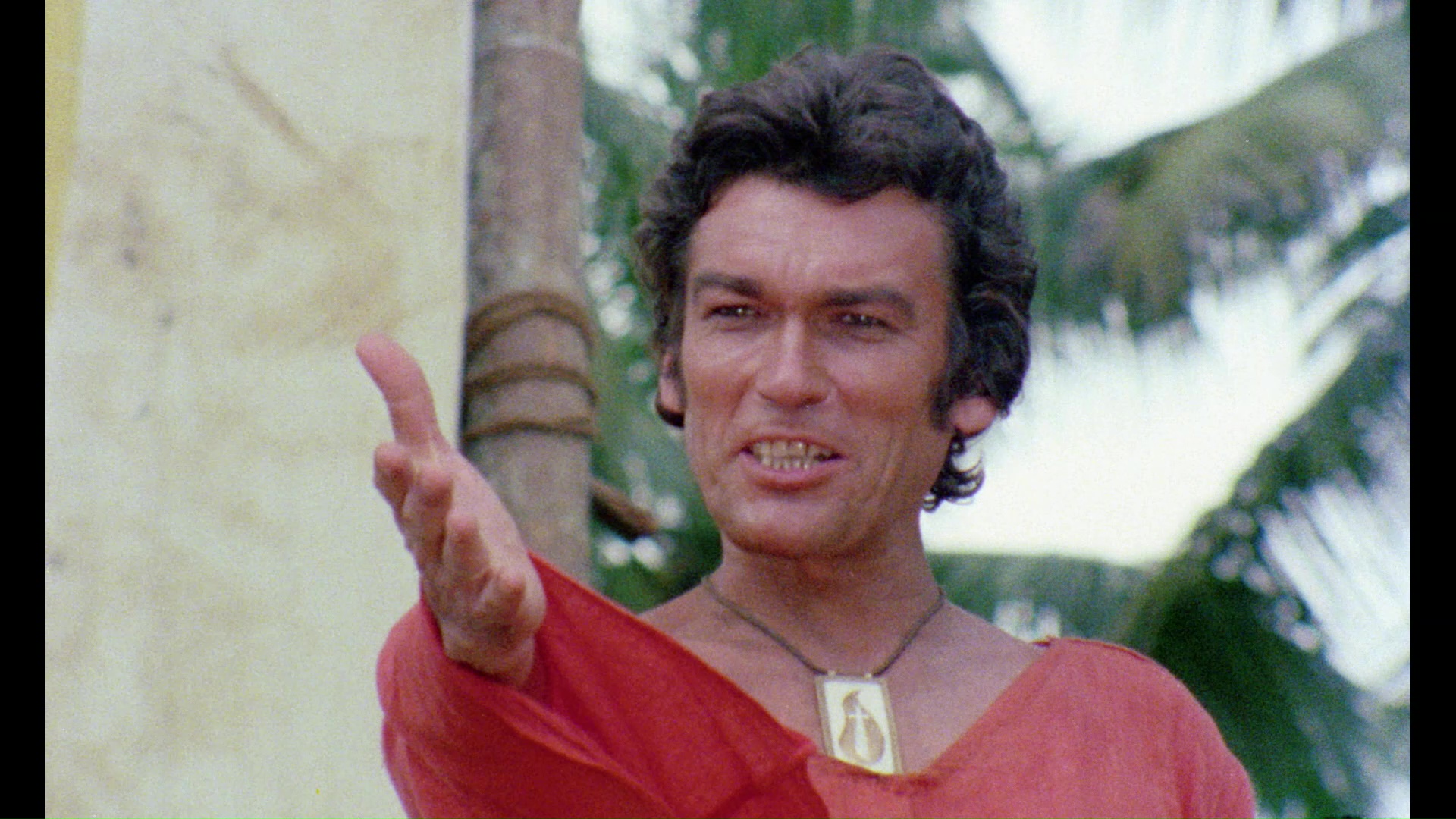 Blake Edwards used archival clips and outtakes to create the bizarre patchwork that is The Trail of the Pink Panther, beloved Italian genre hopper Umberto Lenzi pulled the same trick with Eaten Alive! (Mangiati vivi!), a grisly greatest-hits package cobbling together clips from the likes of Jungle Holocaust, The Man from Deep River, and Mountain of the Cannibal God by way of a new storyline inspired by the Jim Jones tragedy at Guyana. Fast-paced and wholly derivative, this is trash filmmaking at its most resourceful and astonishing.

As with Lenzi's subsequent atrocity, Cannibal Ferox, the adventure begins in New York where crime is running rampant. In this case, however, the culprit is a mysterious evildoer running around at Christmas shooting drugged darts into innocent victims who are then spirited away to the jungle. Sheila (Panic's Agren), whose sister Diana (Senatore) is among the kidnap victims, takes a cannister of suspicious film footage to a local professor (Ferrer) who points to New Guinea as the primary site for these nefarious activities. Apparently powerful cult leader Jonas (giallo favorite Rassimov, perfectly cast for his sinister eyebrows) has led his followers to this emerald hell and is drawing in outsiders to feed his blood lust. After hopping onto a plane, Sheila hooks up with military deserter Mark (Cannibal Holocaust star Kerman, a.k.a. porn legend R. Bolla), who assembles some local guides to wade through hungry cannibals 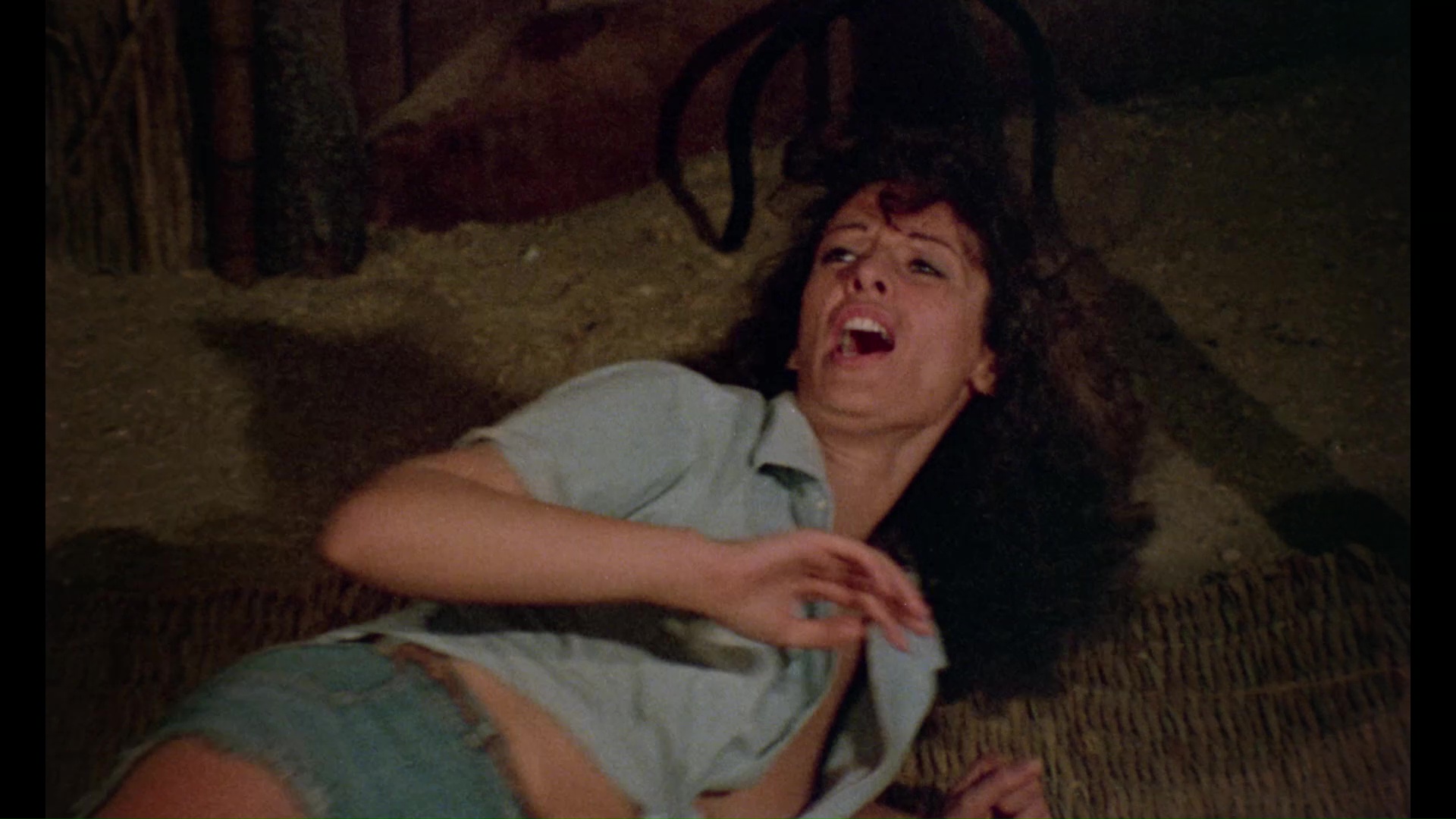 and seemingly endless stock footage of animals dismembering each other. Eventually they reach Jonas' deadly camp, where Sheila is reunited with her sister but finds the nightmare is just beginning.

So devoid of logic that it could be termed dreamlike if it were more technically proficient, Eaten Alive! heaps on the gory goods and even offers some skin from 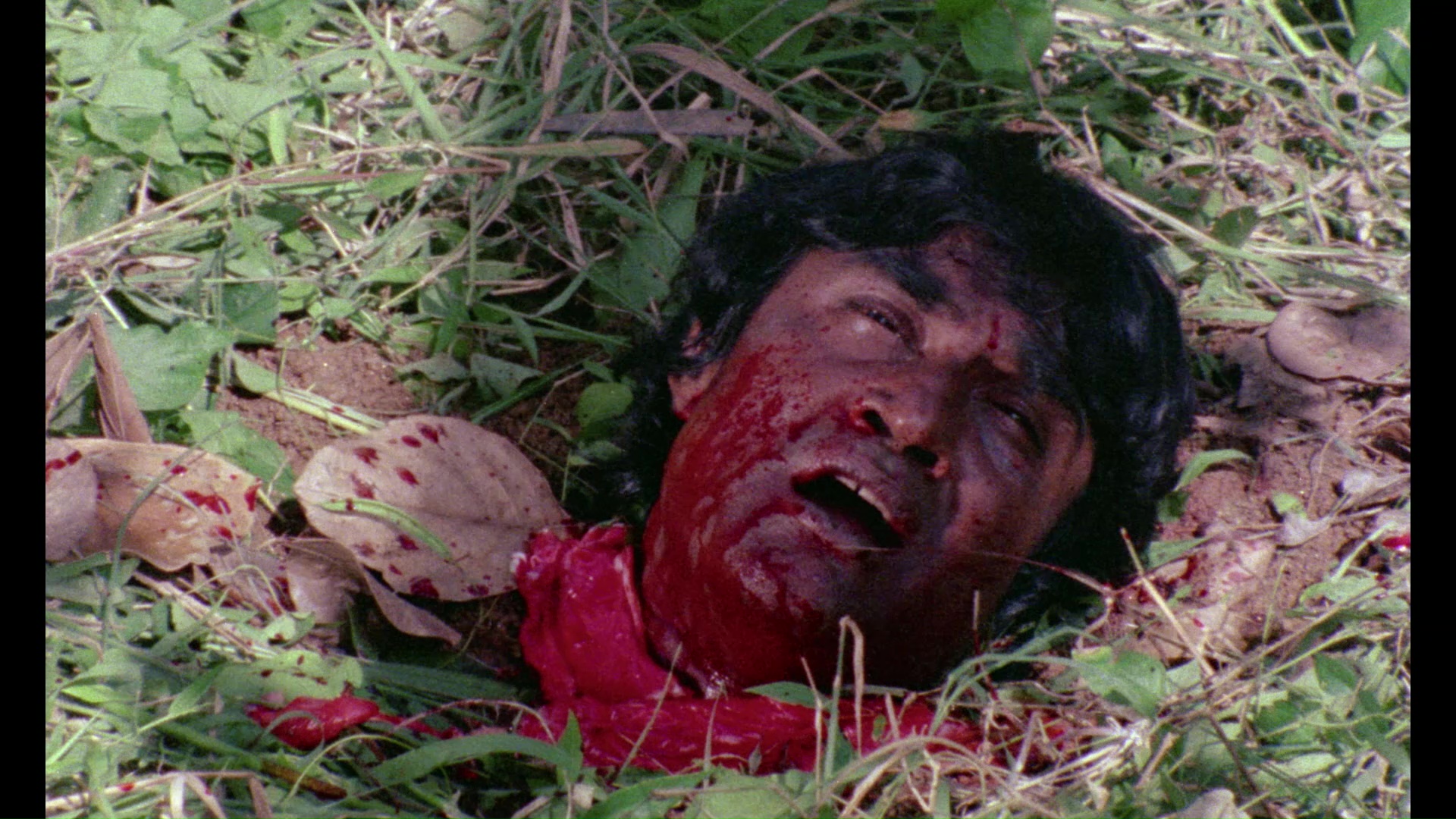 Agren, something of a fan favorite from her appearance in Lucio Fulci's City of the Living Dead. The usual clunky dubbing adds to the weirdness (don't miss the touch-and-go southern accents), and Ferox fans will have deja vu with the music by Roberto Donati (in collaboration with Maria Fiamma Maglione under the name "Budy Maglione"). As usual Rassimov is magnetic and a total scene stealer, even though his motives rarely make any sense, and Kerman does a passable job with his biggest leading man role of his Italian cycle. While Ruggero Deodato's Cannibal Holocaust found an excuse for its ragged 16mm appearance, you'll find no such justifications here (except for that can of 8mm film at the beginning); Lenzi shot this one fast, loose and quick, so it's a credit that, repugnant animal atrocities aside, the results turned out to be this fast-paced and entertaining. There's more sexploitation than usual here as well, with Senatore doing some pretty eyebrow-raising scenes in the second half and Agren partaking in a snake venom dildo scene that has to be seen to be believed. Also, a random side note to Radley Metzger fans: look for Score's Gerald Grant as a badly-dubbed cop in the first ten minutes. 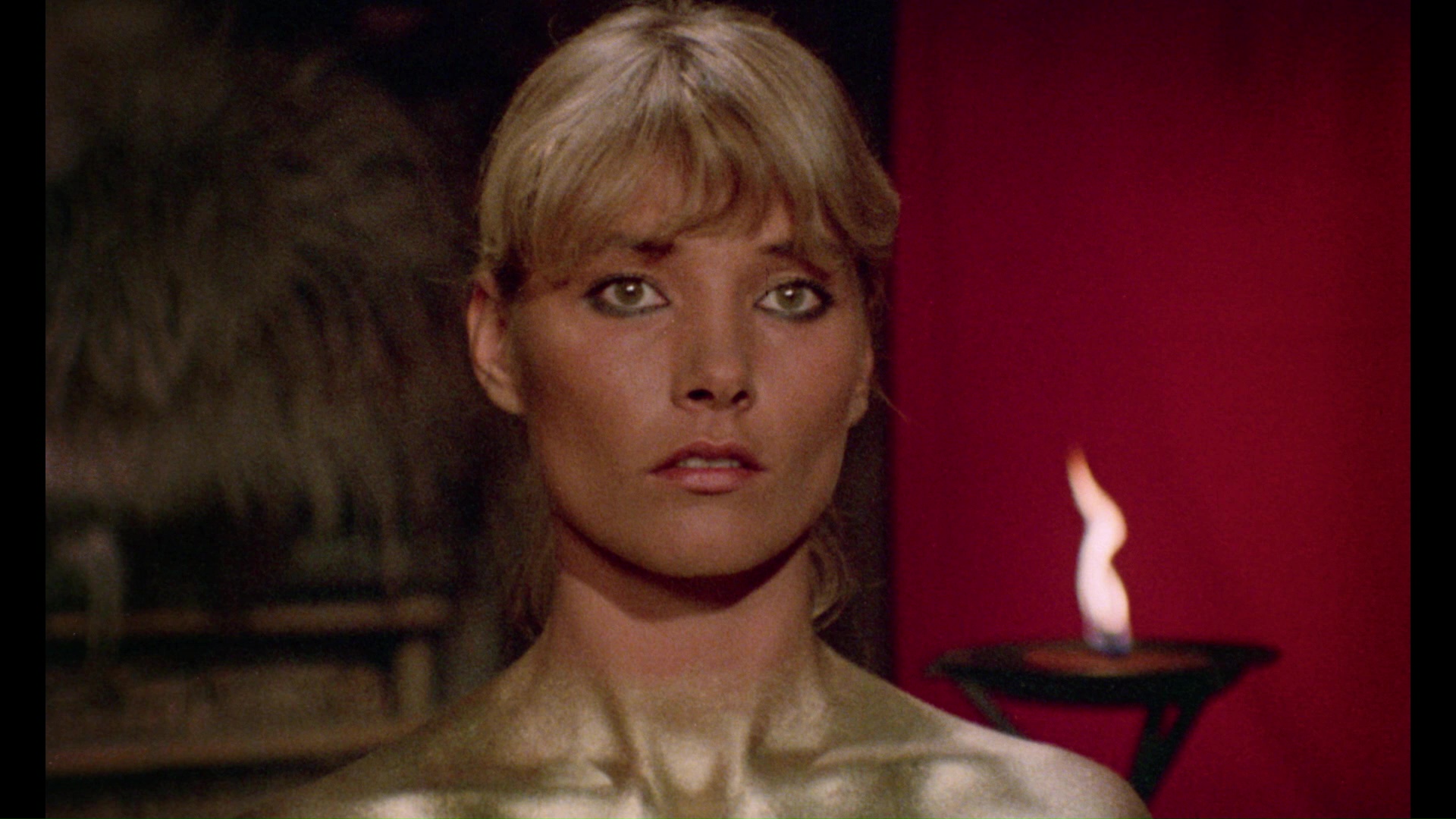 After circulating in what seemed like every country in the world on VHS, Eaten Alive! first appeared on laserdisc and two(!) DVD editions from Holland's EC Entertainment. The second DVD was an anamorphic upgrade and looked passable at the time, while Great Britain later chipped in with Vipco's heavily scissored DVD (running a scant 81 minutes) which renders the film even more senseless. The American DVD from Shriek Show in 2002 is anamorphic and looked strikingly improved over past versions, considering the hodgepodge mixture of 35mm and 16mm stock. Even the recycled footage looks better and more seamlessly integrated here than before, aside from the ragged Me Me Lai "hot coals" bit from Jungle Holocaust which sticks out like a sore thumb. The slightly windowboxed 1.78:1 framing looks very tight, with so little headroom that actors are often chopped off at the eyebrows in wide shots. The disc includes the usual batch of trailers and a trio of interviews, with the show easily stolen by the gregarious Robert Kerman's 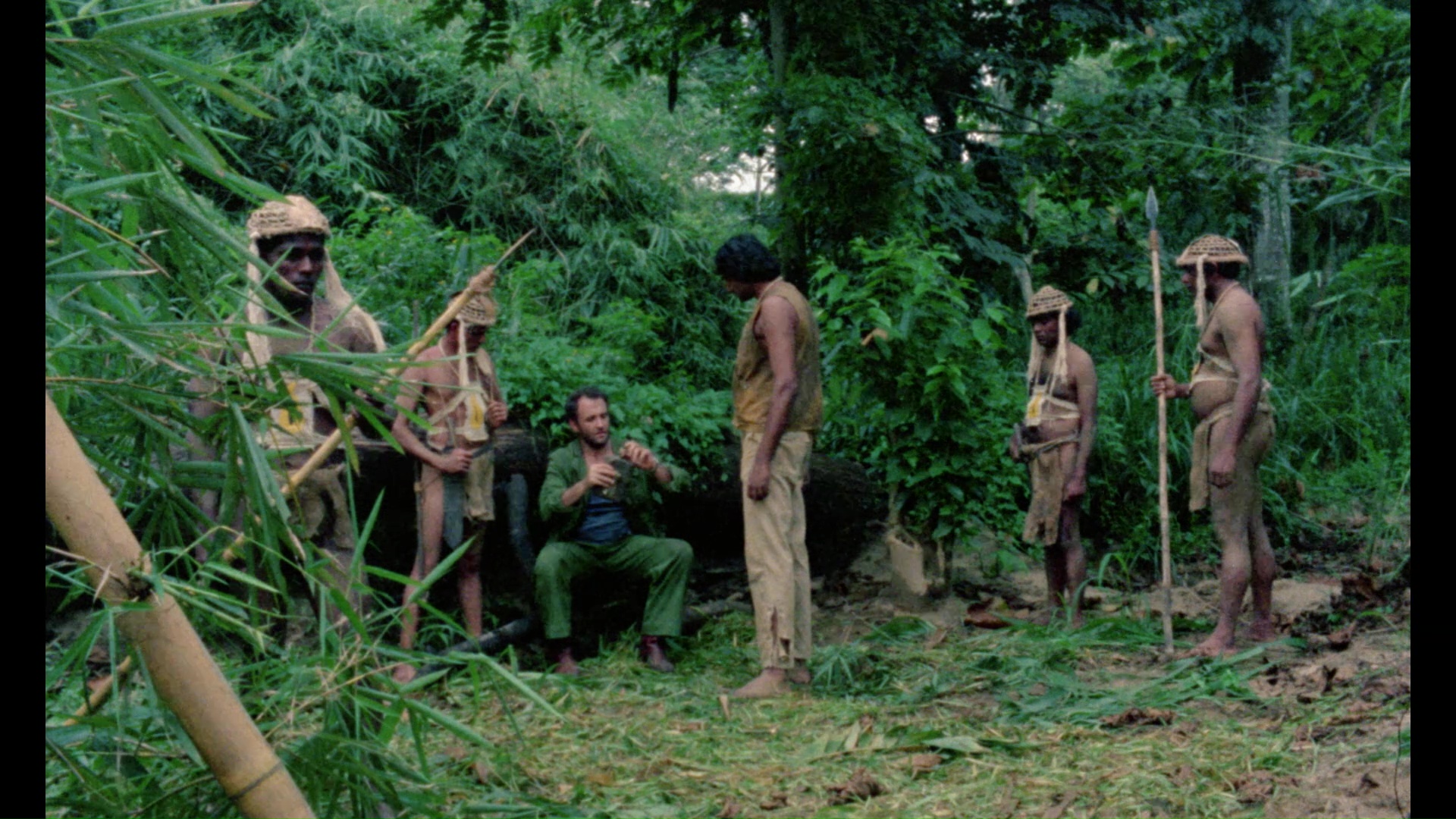 14m47s interview. Happily discussing his legit and more, ahem, exotic film roles, he offers a candid assessment of his work in Italy's most notorious trio of cannibal films and even offers a misty recollection of a more recent fan convention experience. Umberto Lenzi (14m27s), in Italian with English subtitles, and Ivan Rassimov (4m45s), in his own English-speaking 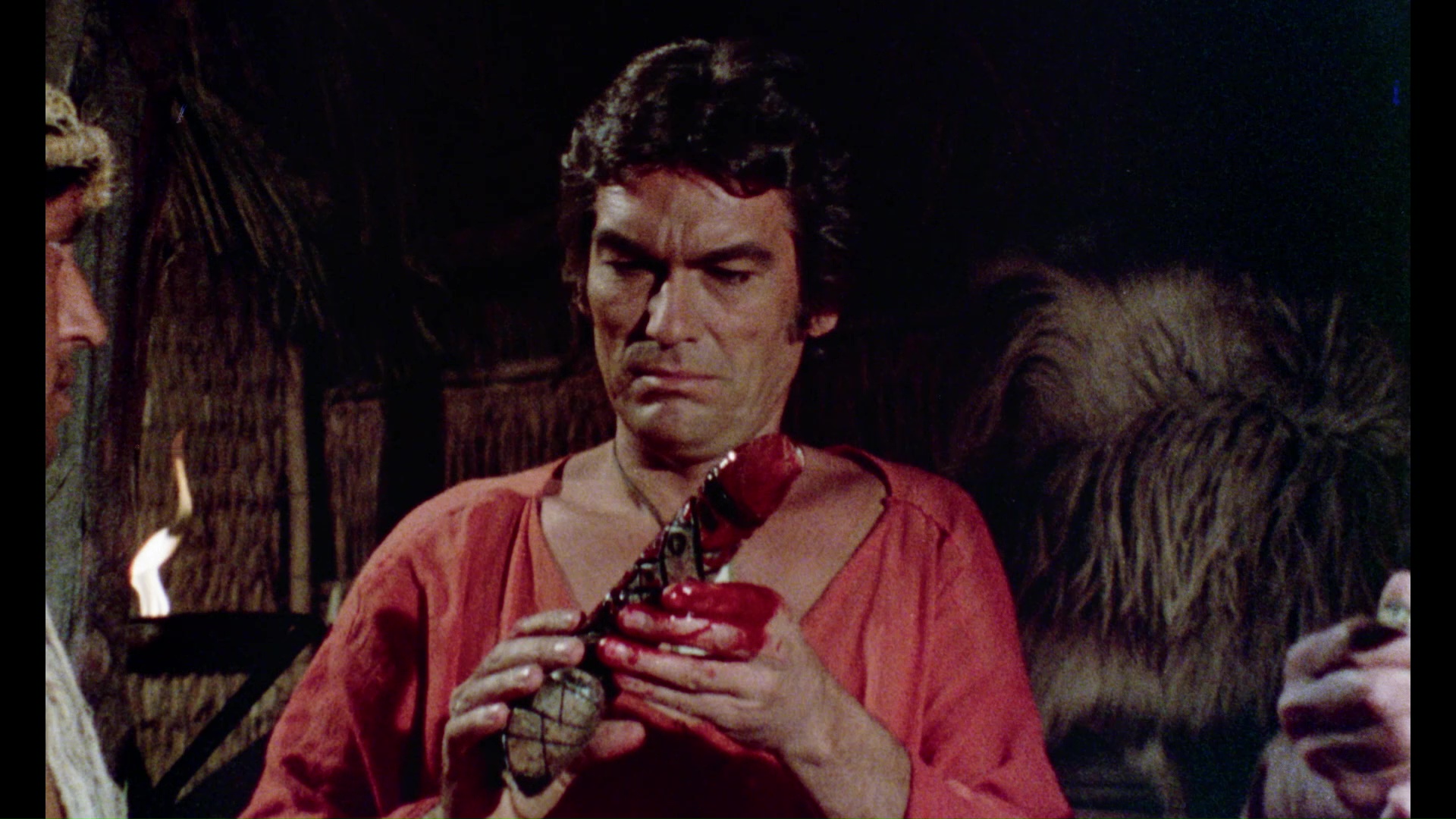 voice, have much shorter interviews and sketch out their own approaches to the film and the state of exploitation filmmaking in Europe during the early 1980s. The colorful packaging (which doesn't list out the interviews for some reason) is polished off with Ian Jane's brief liner notes.

In 2018, Severin Films brought the film back into circulation as separate Blu-ray and DVD editions; as usual, the label also offers the option to buy the Blu-ray with extra bells and whistles like a limited slipcover and CD set or a "CanniBundle" that comes with a Lenzi enamel pin, a T-shirt, and CD soundtrack (which features a ton of music not used in the final film, by the way). Obviously the big question here is how a film like Eaten Alive! could even translate to HD given its patchwork nature mixing multiple formats and, in some cases, cropped aspect ratios. The result here is definitely a step up, most obviously since it presents the film at 1.66:1 with much more visual information and no more obnoxious shots of actors losing the tops of their heads. It still looks like a very cheap, grainy, gritty film with some obvious fluctuations during the stock footage moments, so keep your expectations realistic here. The DTS-HD MA mono options include English, Italian, and Spanish tracks, with optional English SDH subtitles or English subtitles directly translated from the Italian track. (Thank you for doing this one right!) The three tracks are especially fascinating to compare; as any viewer will notice right away, Kerman and Agren delivered their lines in English but were both dubbed, while Rassimov... well, it's hard to tell since the dubbing for him on both tracks is actually very good, but it looks like a mixture of Italian or English from shot to 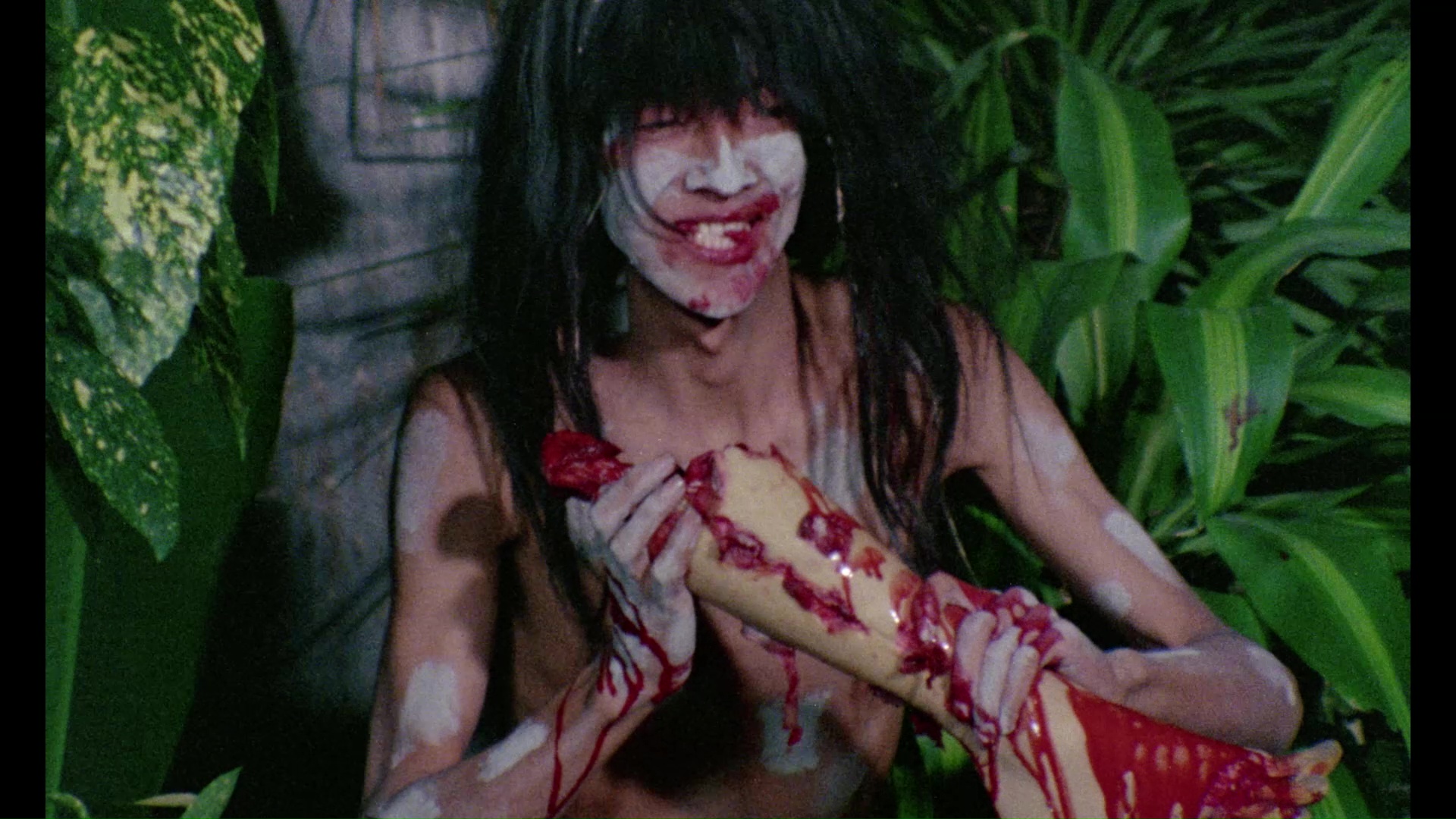 shot. The English track sounds the most impressive with heftier dynamic range for the music and more layered sound effects during the outdoor jungle scenes. For the 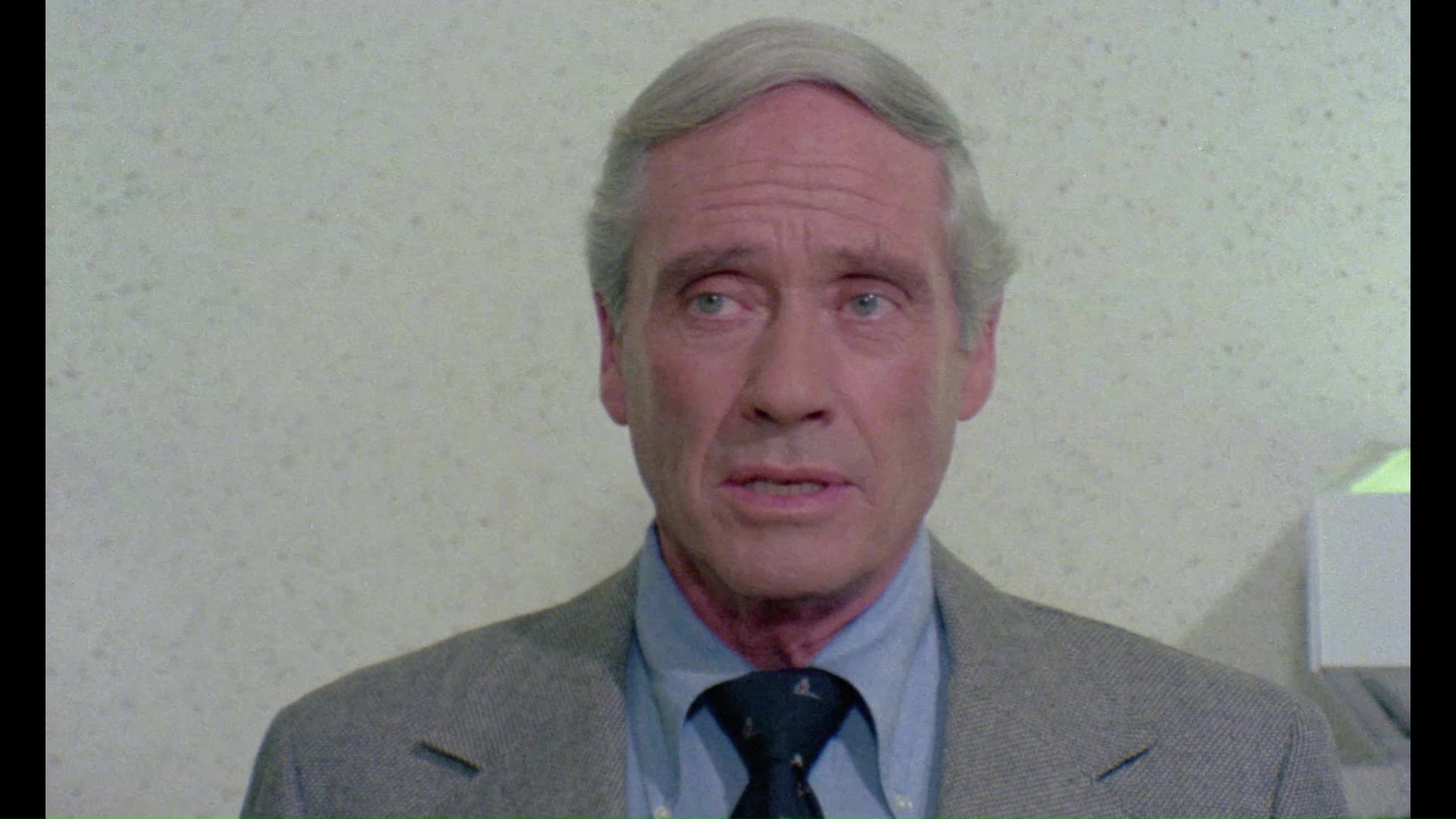 record, all three tracks feature that same ridiculous rendition of "The Battle Hymn of the Republic."

On the extras side, "Welcome To The Jungle" (16m37s) features the late Lenzi in his usual fast-talking mode as he covers his time in the Italian cannibal world, starting with anecdotes about The Man from Deep River (the first of the wave) and its massive success in Germany that spurred him to come back with this feature after Deodato had picked up the ball as well. He also has particular praise for Agren in this film and notes that Kerman (whose adult fame wasn't discovered until later) was "madly in love" with her. Seen earlier on the 88 Films UK release of Man from Deep River is the lengthy "Me Me Lai Bites Back" (79m55s) documentary about her life and career, while "The Sect of the Purification" (13m3s) with production designer Antonello Geleng (who's become quite the mascot of Italian cult bonus features these days) focuses on the ingenuity required to pull off a Jonestown-style location in Sri Lanka with available construction materials. The Rassimov and Kerman interviews from the Shriek Show disc have been streamlined here into one featurette (12m21s), which cuts them into a more accessible narrative than the essentially raw form seen before. Finally a 2013 Q&A with Lenzi from the Festival of Fantastic Films (23m43s) moderated by Calum Waddell covers his career from a more general perspective, starting with his segue into filmmaking and his thoughts on achieving cinematic immortality with works that were once considered completely disreputable. 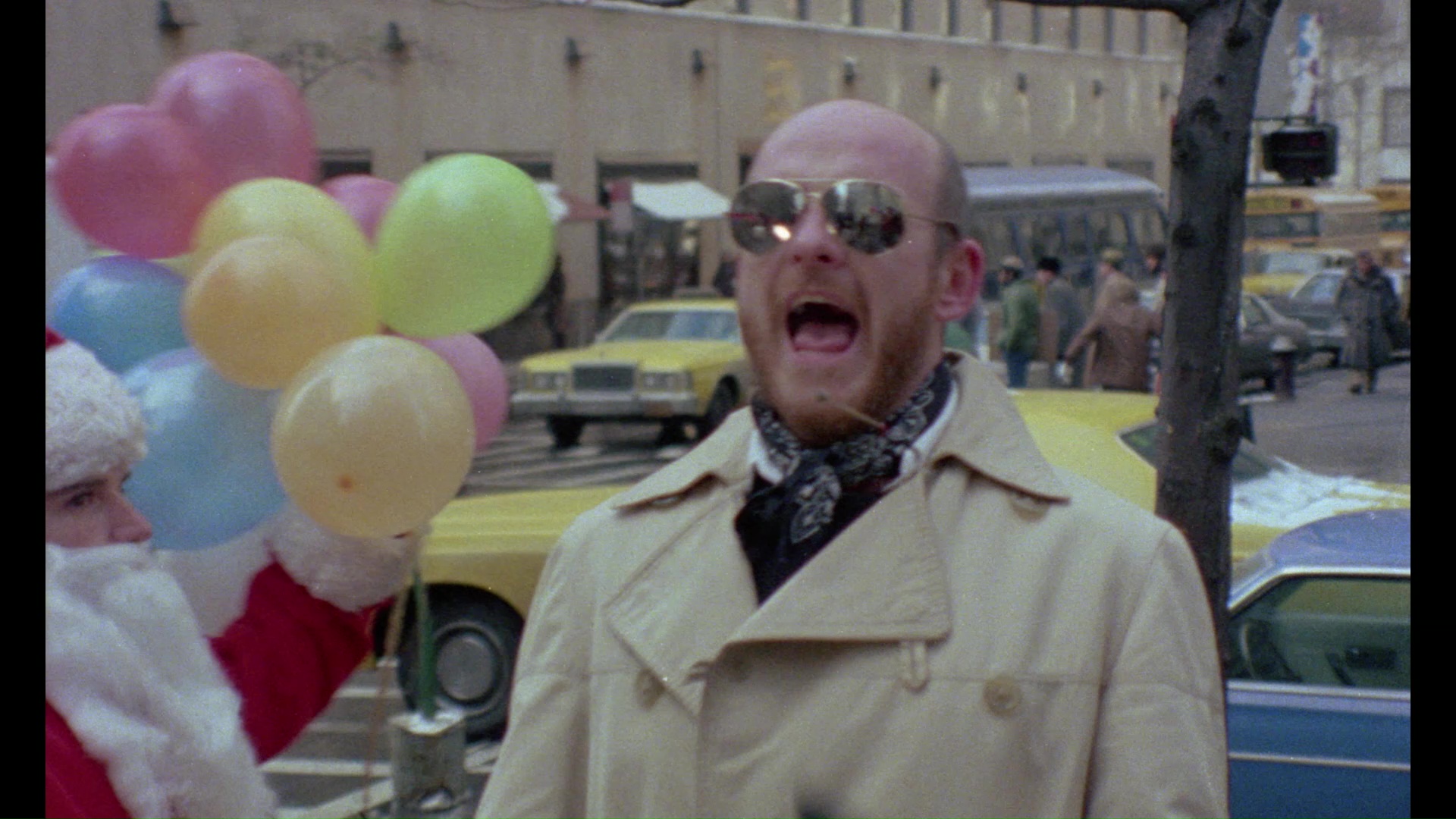 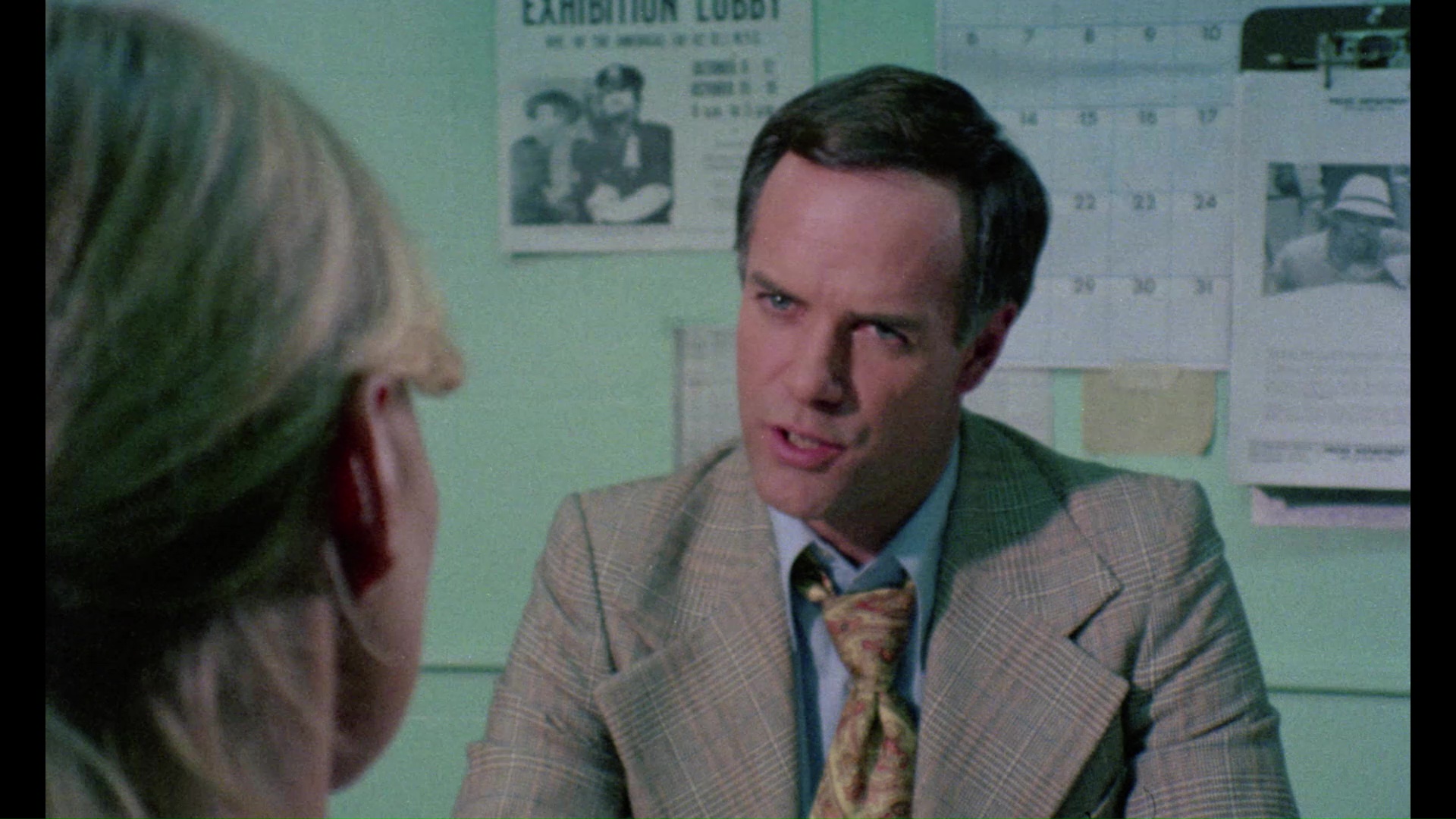 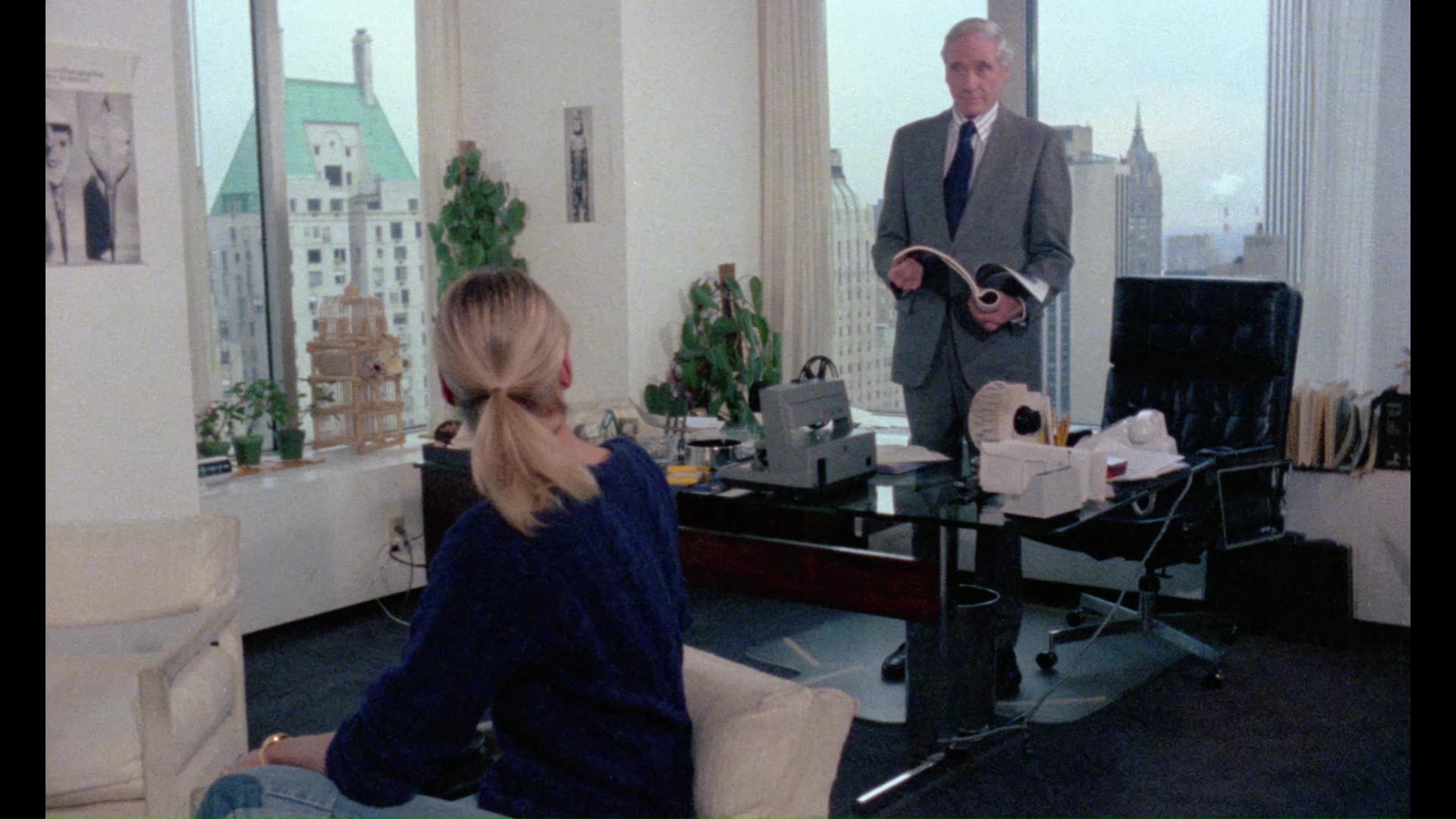 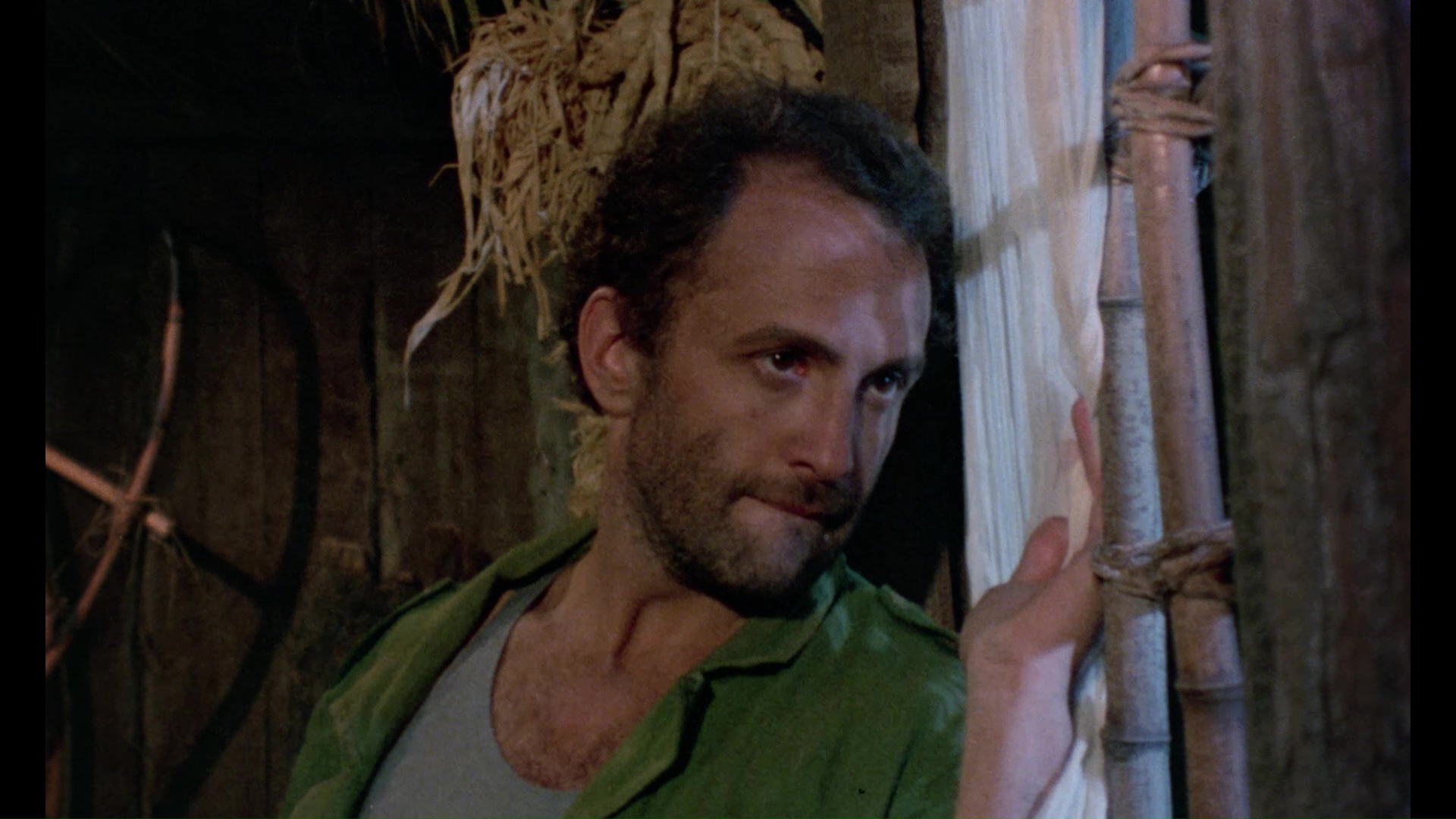 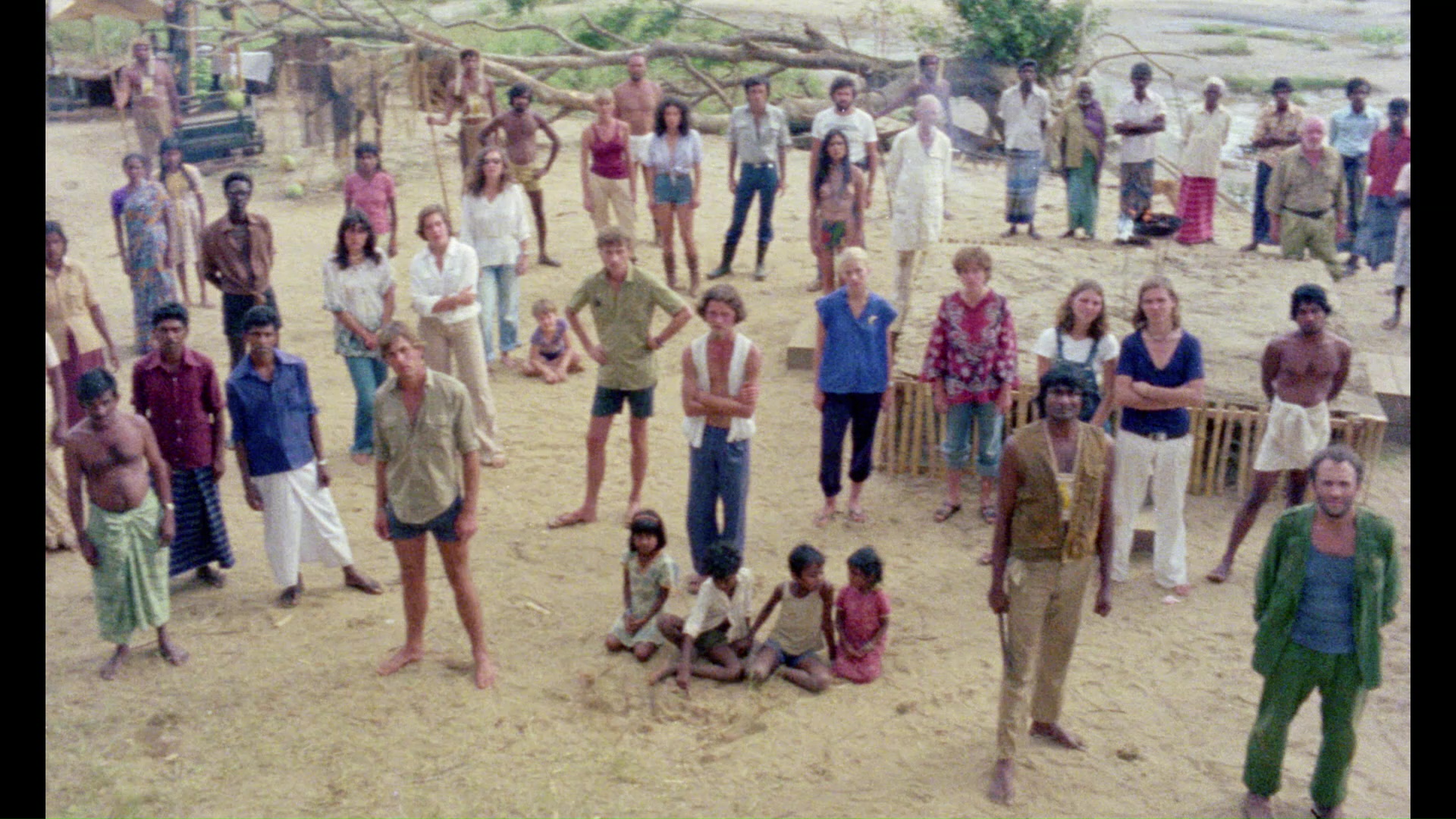 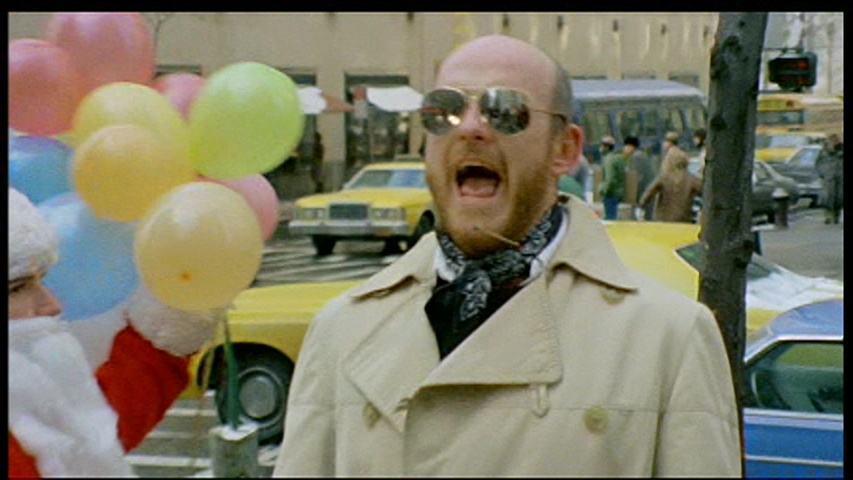 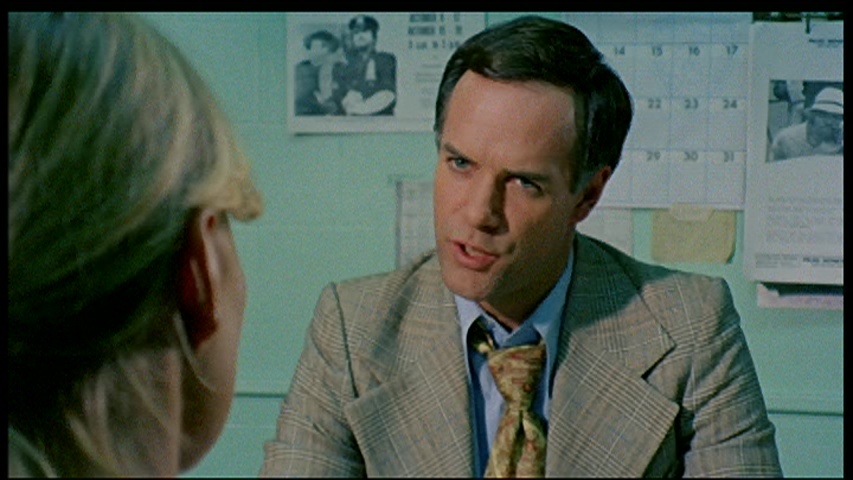 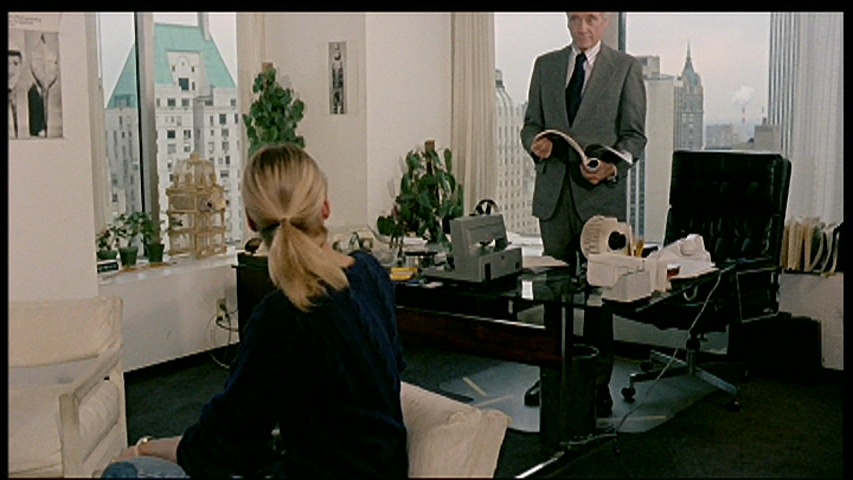 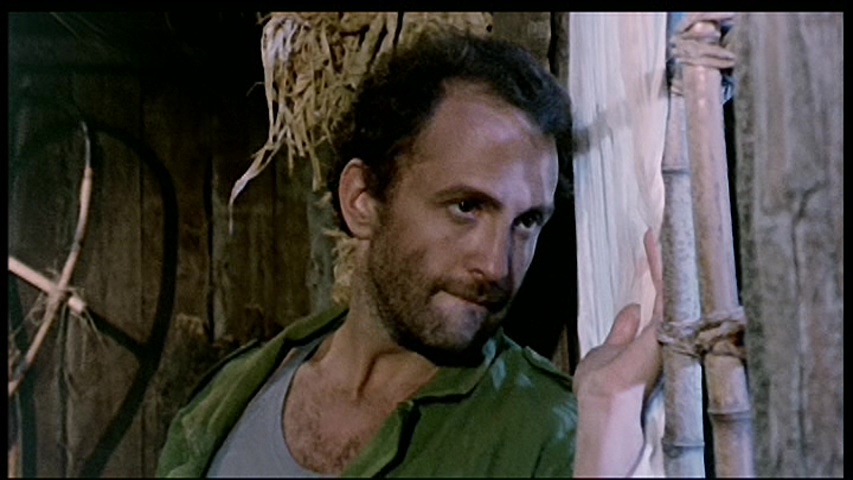 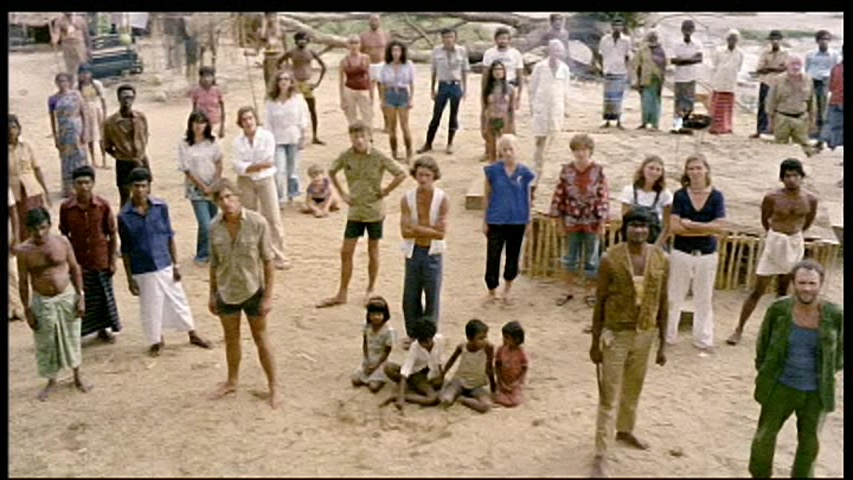