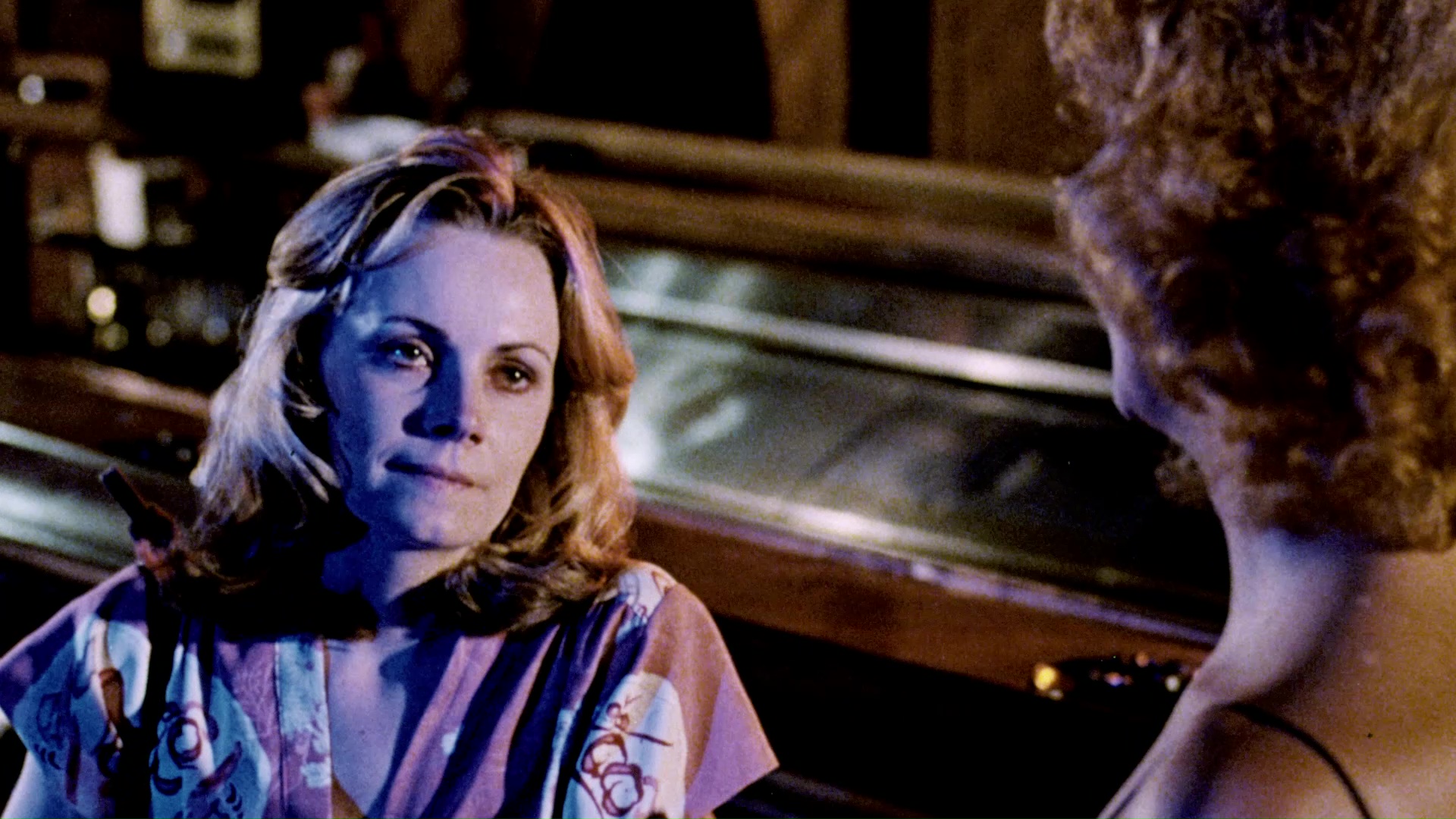 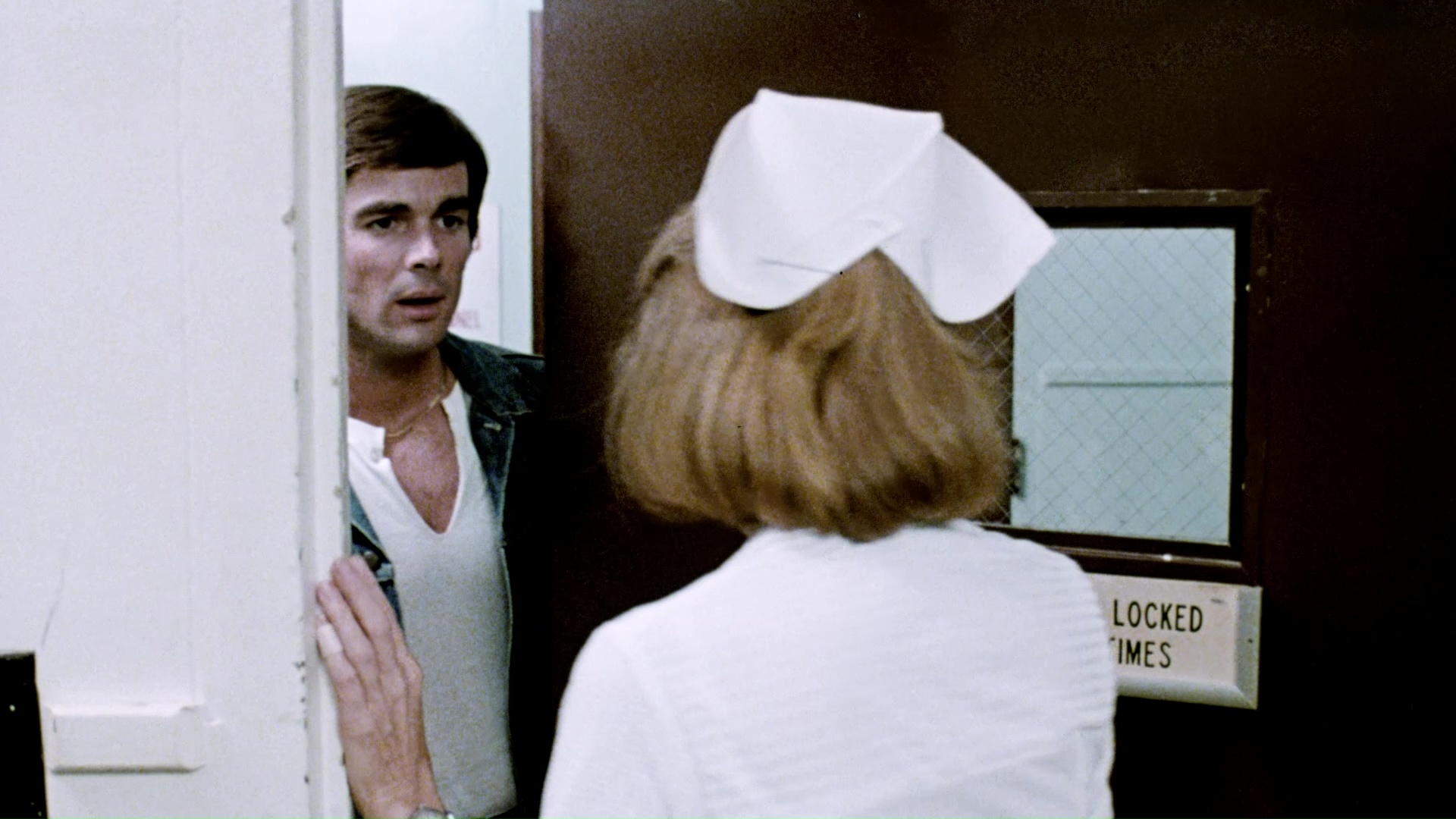 horror section of video stores back in the mom and pop era, this harrowing drama about patient abuse in mental institutions may not fit into that genre precisely but does pack a nasty little punch. The highly unexpected, exploitation-friendly cast blurs the lines even more with faces like Robert Englund and Mel Ferrer on hand, adding some character actor color to a story situated somewhere between The Snake Pit, One Flew over the Cuckoo's Nest, and Human Experiments.

Diane Hull (Aloha, Bobby and Rose) stars as Kelly, a waitress and college student who heads out for a night at the disco where she works just after breaking up with her overly jealous boyfriend, Ron (Pretty Maids All in a Row's Carson). Suddenly she freaks out on the dance floor and goes into a seizure; at the hospital she's diagnosed with strychnine poisoning and held under observation. Believing she tried to attempt suicide, the wildly incompetent doctor packs her off to an institution where she's kept under the thumb of manipulative orderly Carl (Hopkins). Among the patients, she develops a particular rapport with Melanie (Farrell) and Cathy (D'Arbanville), while the staff also includes Dr. Coleman (Ferrer) and Nurse Hannelord (Creature from the Black Lagoon's Adams). Oh, and you can glimpse Michael Berryman and Tracey Walter as patients, too. As it turns out, she stands little chance of getting out and decides 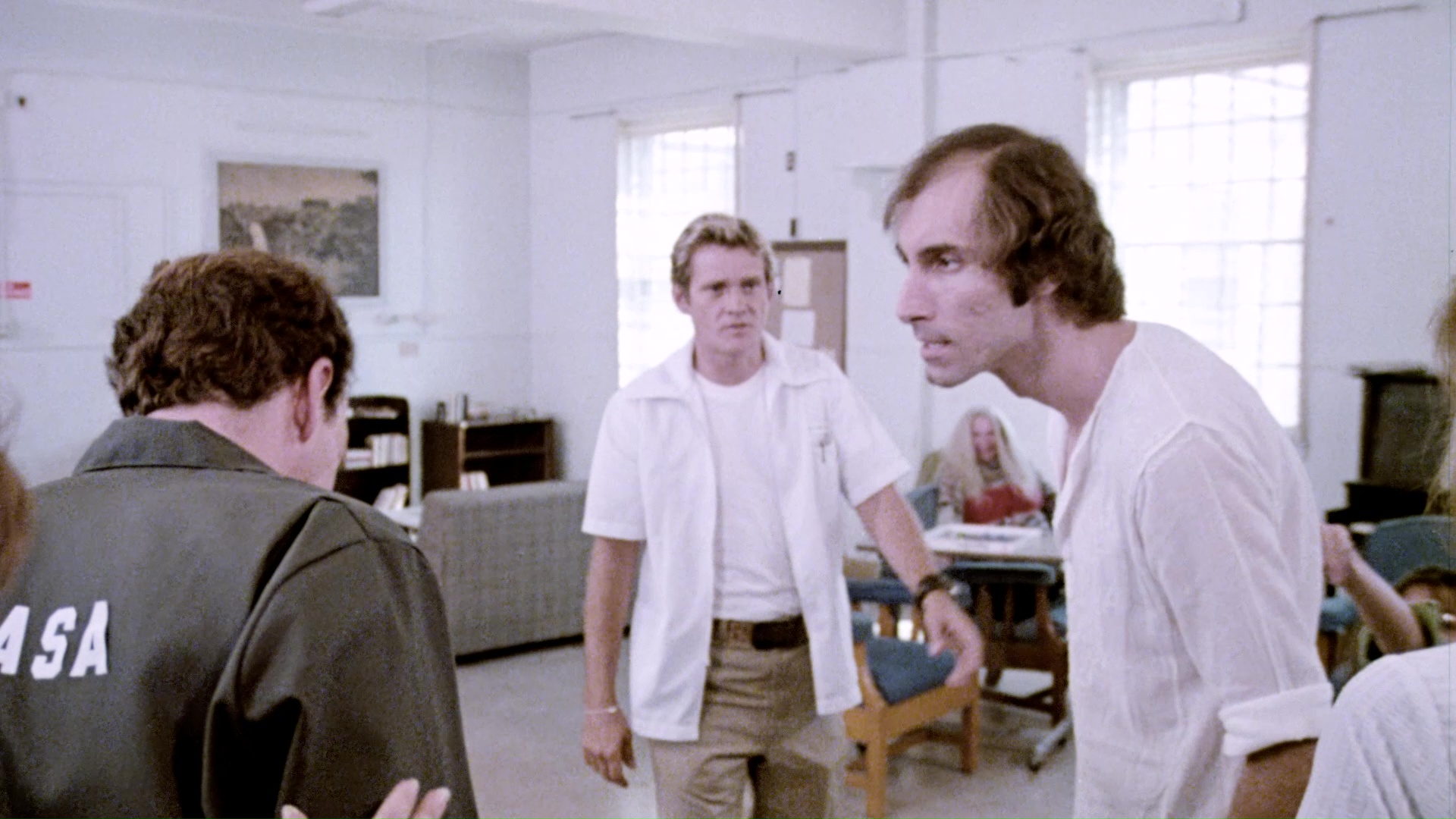 to plan an escape attempt before 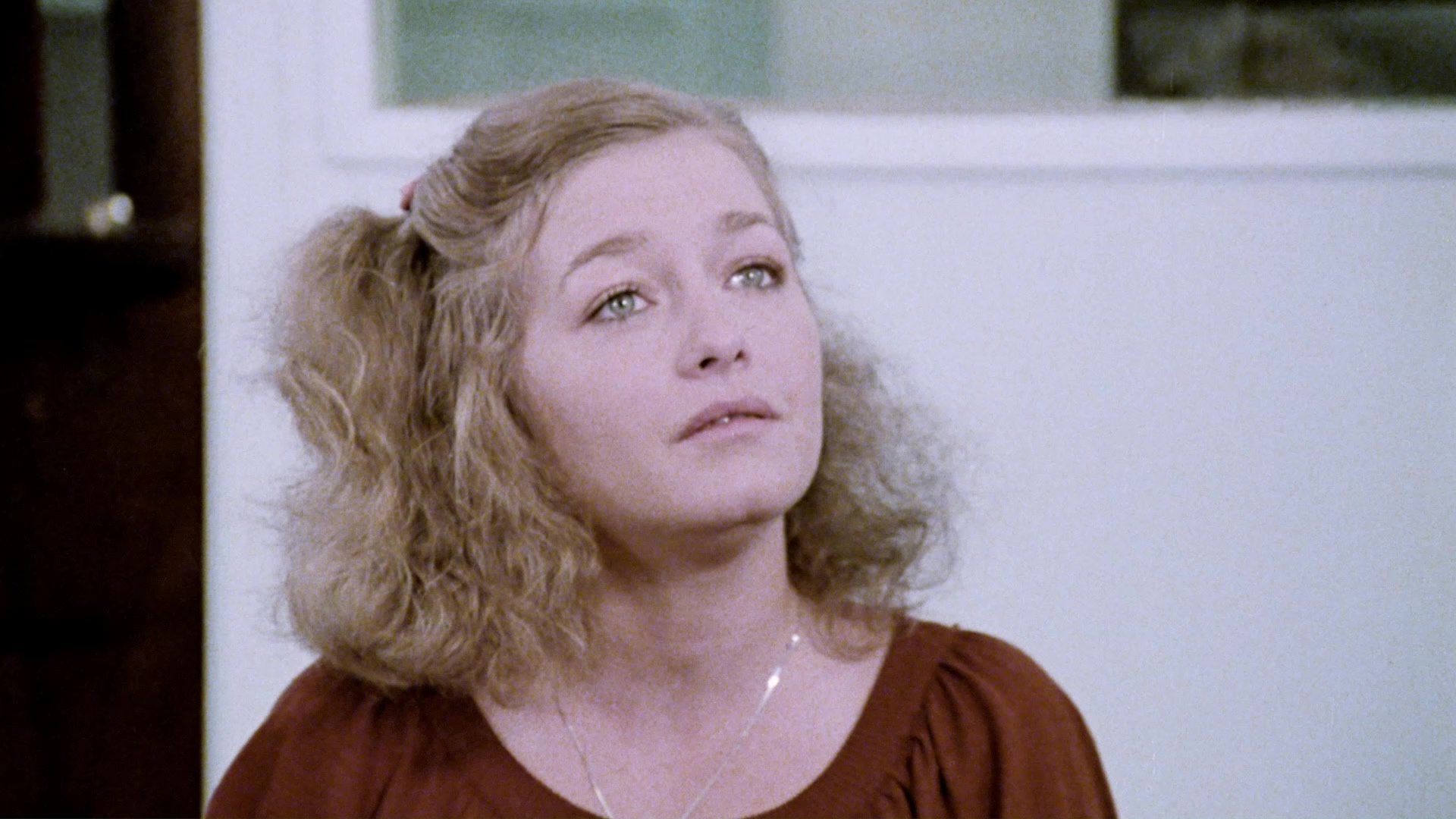 she ends up being sent to the sinister fifth floor where the most hopeless cases never come back quite right again.

Well acted and featuring a mixture of creepiness and late '70s pop culture craziness, this film was always going to be a tough sell when it was unveiled by '70s drive-in powerhouse Film Ventures International (the company behind hits like Beyond the Door and Grizzly). It's fascinating from start to finish though with a tone that's tough to quite pin down, especially when it comes to the eclectic, disco-tinged soundtrack by none other than a young Alan Silvestri (way before Forrest Gump and Back to the Future). On top of that the moody cinematography is by none other than Daniel Pearl, who was only three films into his career after his explosive debut with The Texas Chainsaw Massacre.

After its very wide VHS release from Media, The Fifth Floor dropped out of sight for decades but made a resurgence in 2018 courtesy of a Blu-ray from Code Red. The source print is obviously faded and imperfect with a bleachy look brought on by age, but this appears to be the best source available for now. The DTS-HD MA 2.0 English mono track 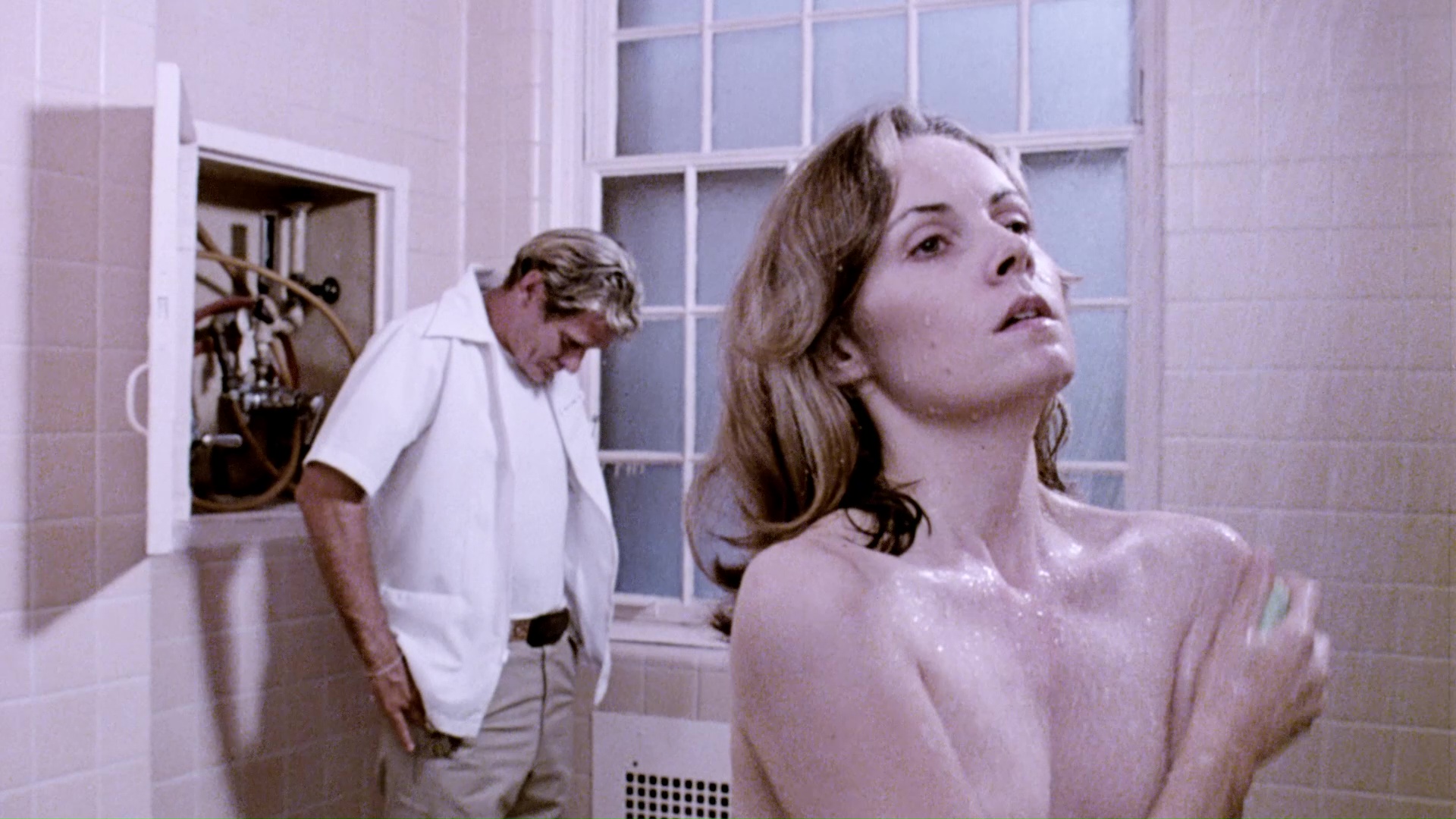 is also in okay shape 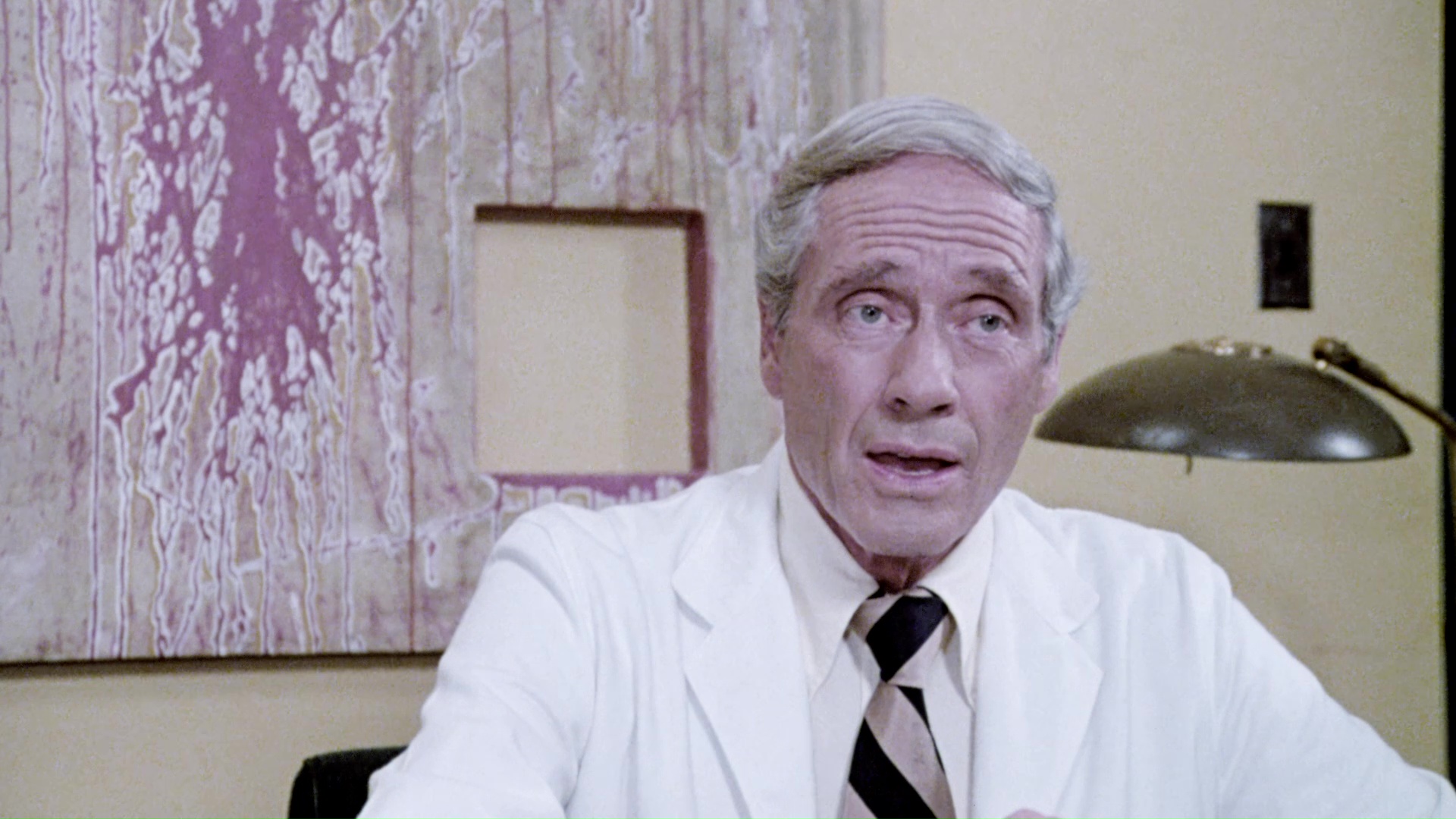 but nothing that'll stress out a home theater system. Optional English SDH subtitles are also provided.

Hopkins appears for a new video interview (8m27s), shot at a restaurant from a bizarre angle under a bowl of soup as he chats about the arduous process of shooting overnight at a VA hospital and his fond memories of doing three films with Farrell. Two TV spots are also included along with bonus trailers for Street Law, The Dark, Mutant, The Power, and Beyond the Door.