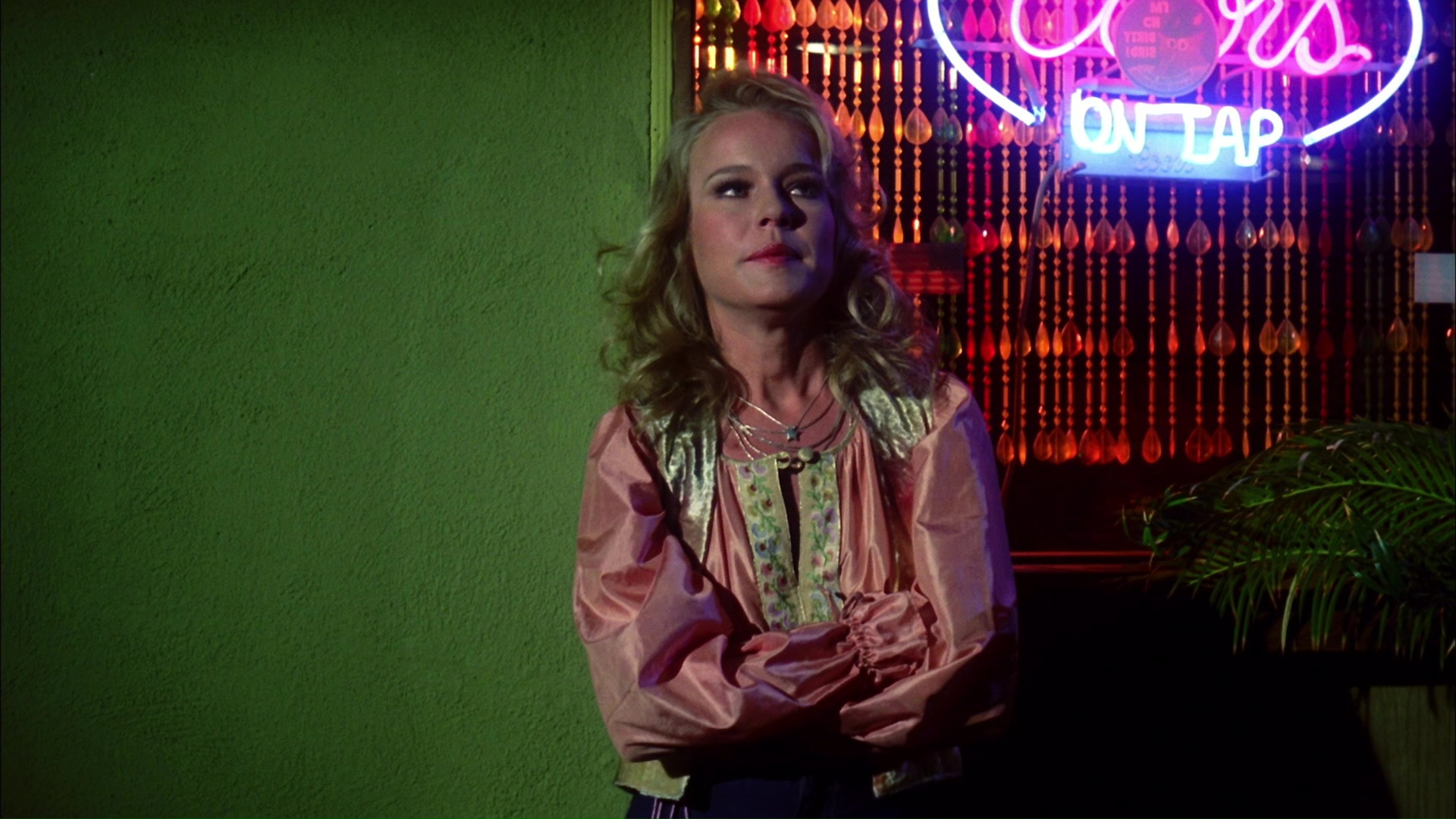 she rolls into dusty Putnam 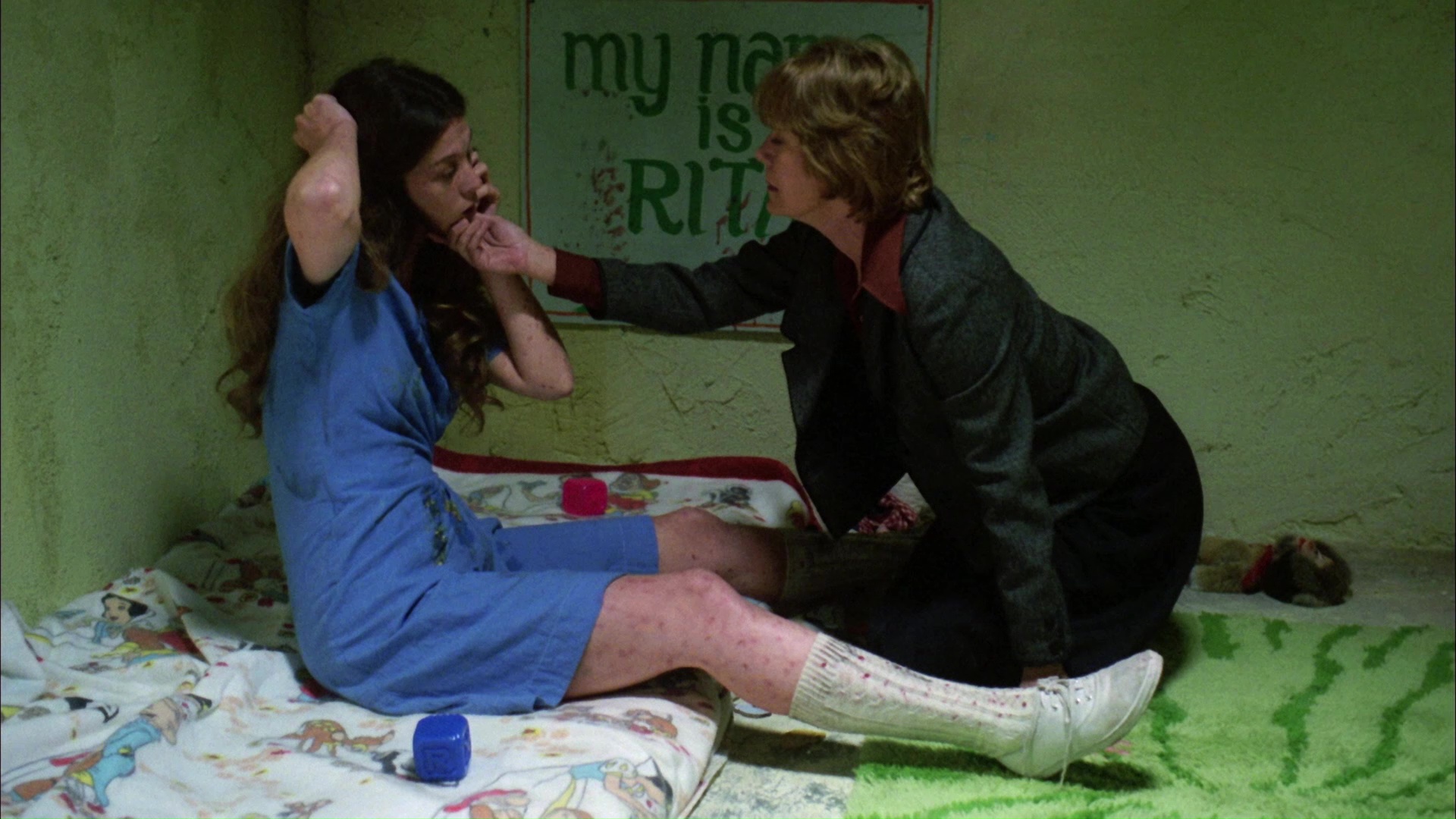 County grooving along with the radio, innocent Florida native and professional singer Rachel Foster (Haynes) finds trouble right away when she runs afoul of pervy bar manager Mat (Aldo Ray, who spits out a word you probably never thought you'd hear). When Mat shafts her out of half of her pay the next morning, his sheriff brother (Coogan) turns out to be just as corrupt. On her way to the next town, she nearly runs into a panicked, blood-spattered woman running in the street and ends up with her car out of commission. At the closest house she comes upon a slaughtered family in the kitchen and, after seizing a handy rifle, lands the young boy responsible into a coma while defending herself, which ends up getting her sentenced to life in prison for the murders thanks to that same dirt-ball sheriff. Behind bars she's subjected to grueling indignities and meets a colorful roster of prisoners including elderly Granny (Tuttle) and gardening aficionado Mover (Travolta). Foster's lack of relatives or friends quickly piques the interest of prison psychiatrist Dr. Kline (Lewis), who have a weird fixation with insects and keep young infantile women stuck in windowless rooms. It all turns out to be part of a brutal mind control program with Rachel targeted as the latest victim... unless she can think of a way to fight back.

Also released as Beyond the Gate, this flawed but memorable (and sometimes 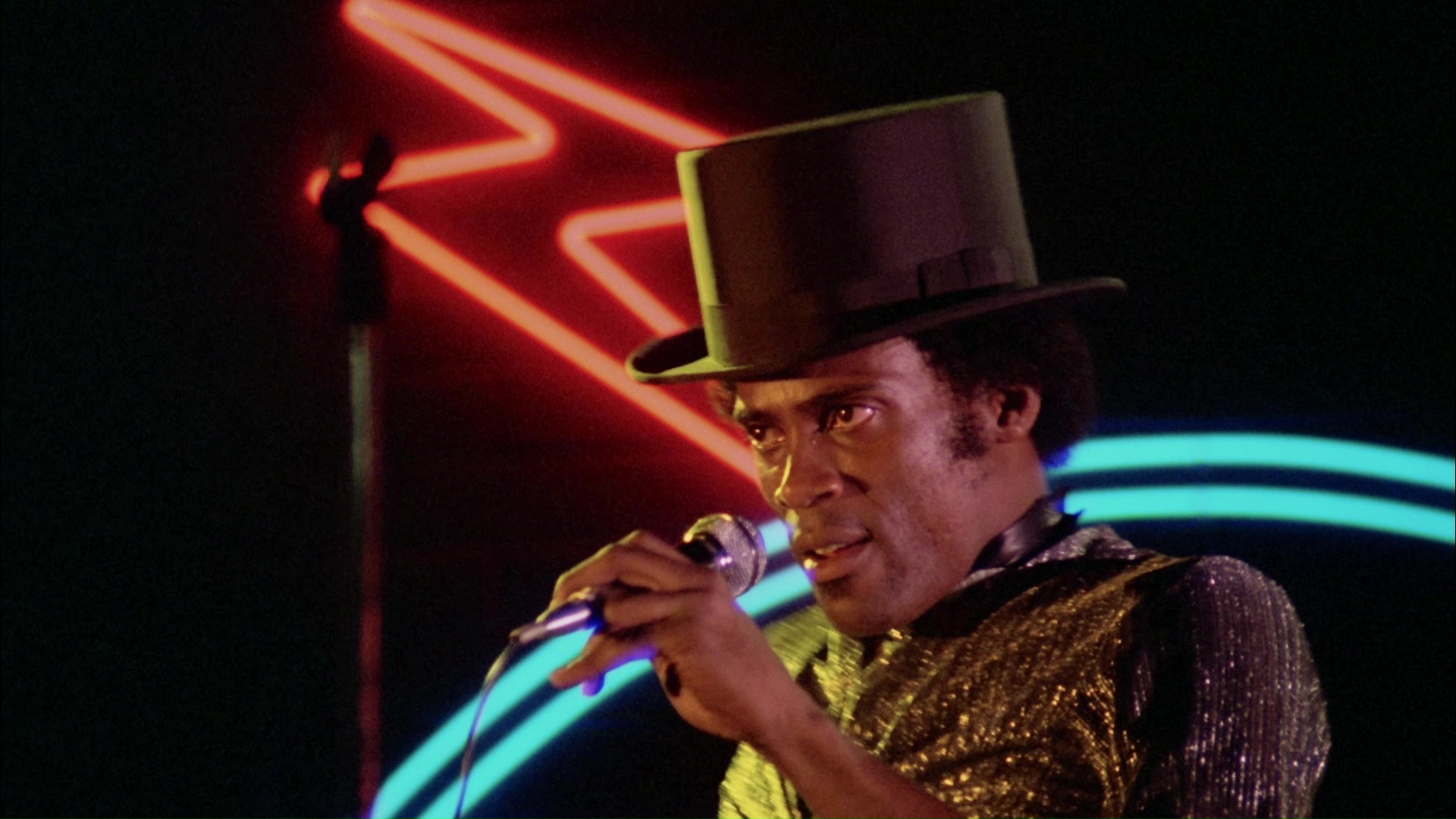 very effective) macabre spin on the women-in-prison trend works best as a rare starring vehicle for Haynes (Rolling Thunder) before she left the screen soon after. She pretty much has to carry it all on her shoulders, and the fact that it never really gets campy or overly 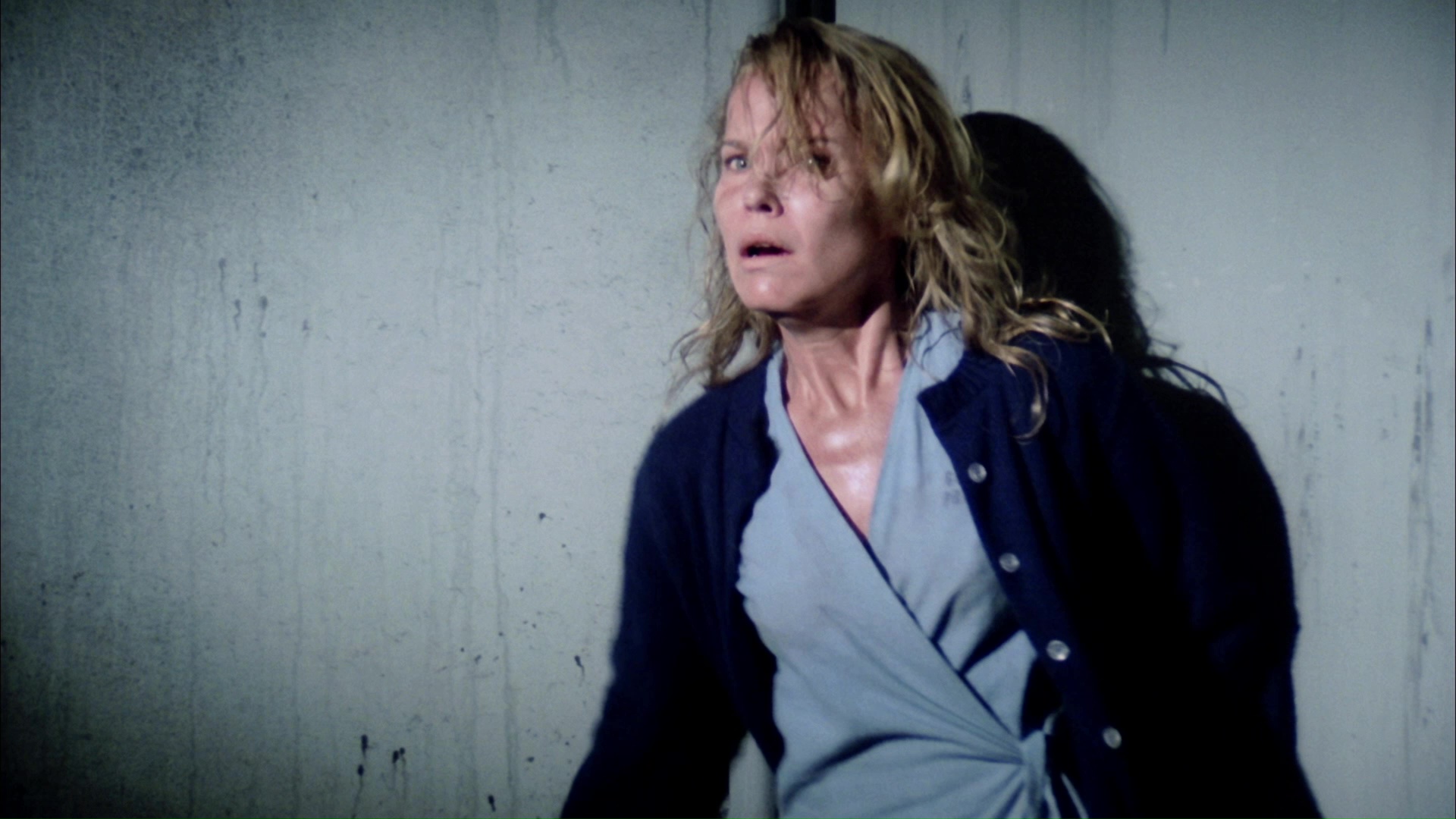 sleazy is actually a plus in this case as you feel a genuine sense of menace against her from Lewis. There is the obligatory nudity and brutality, of course (as well as a crazy live rock concert at the prison that has to be seen to be believed), but the relatively sober treatment here by director Gregory Goodell (who only did TV work besides this) keeps it grounded and fairly unpredictable.

Presumably because of its title that sounds an awful lot like the grimy Nazisploitation films coming out around the same time, this somehow ended up being branded a video nasty in the U.K. and flew fairly low under the radar in the U.S. after its theatrical run (from porn specialist Essex) and brief VHS release from VidAmerica. The Scorpion Releasing Blu-ray released in 2018 is a real beauty, featuring a fresh scan from the immaculate camera negative. Anyone who found this film underwhelming in the past should give it another shot here as the major boost in quality makes it a far more rewarding 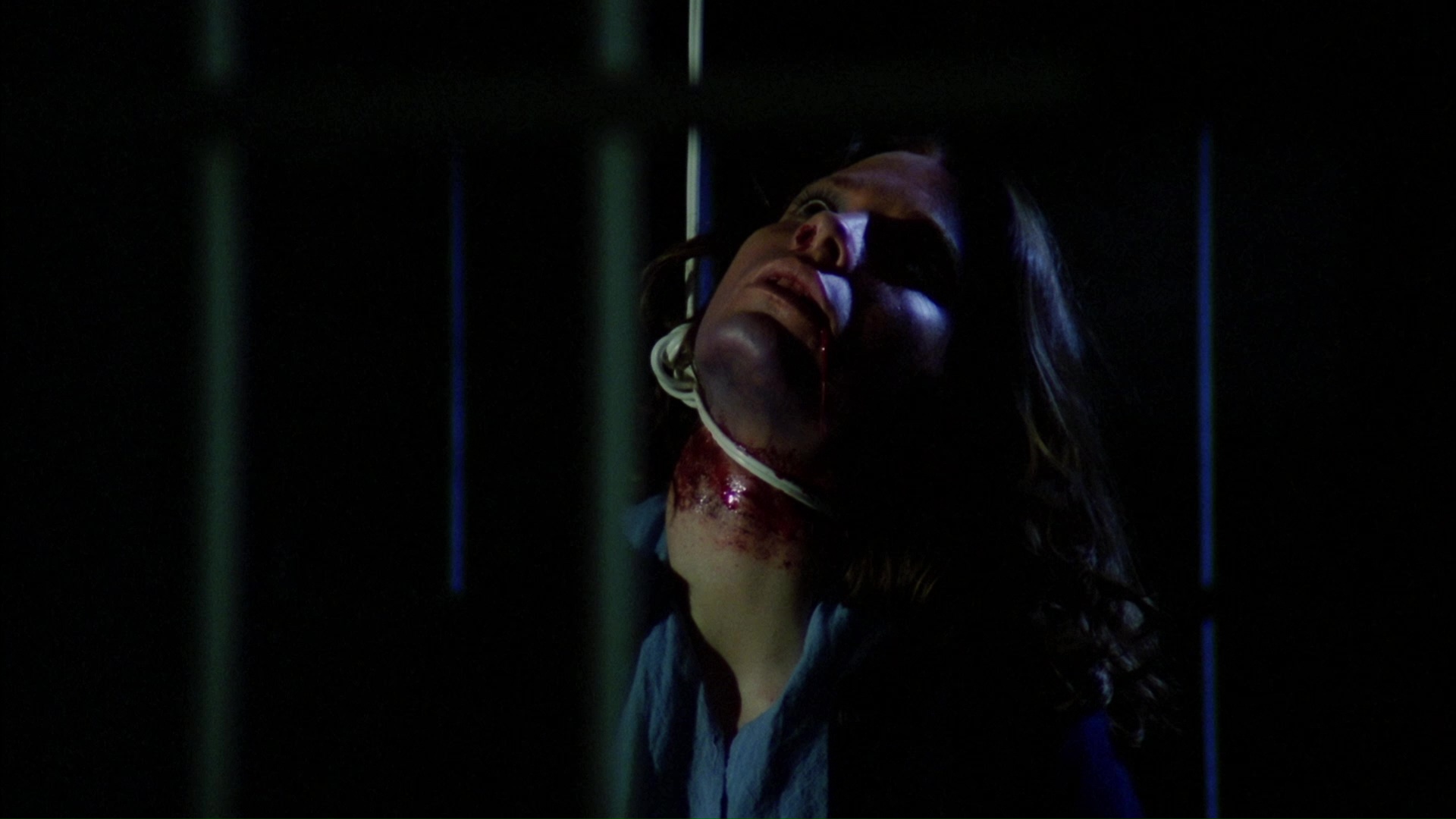 experience here; the DTS-HD MA English mono audio is also in fine shape. The Blu-ray comes with a limited slipcase in the first pressing, available via Ronin Flix or (overseas only in the first few weeks) Diabolik. The film can be played in an optional "Nightmare Theatre" mode (with a 4m58s intro), featuring the always vivacious Katarina Leigh Waters 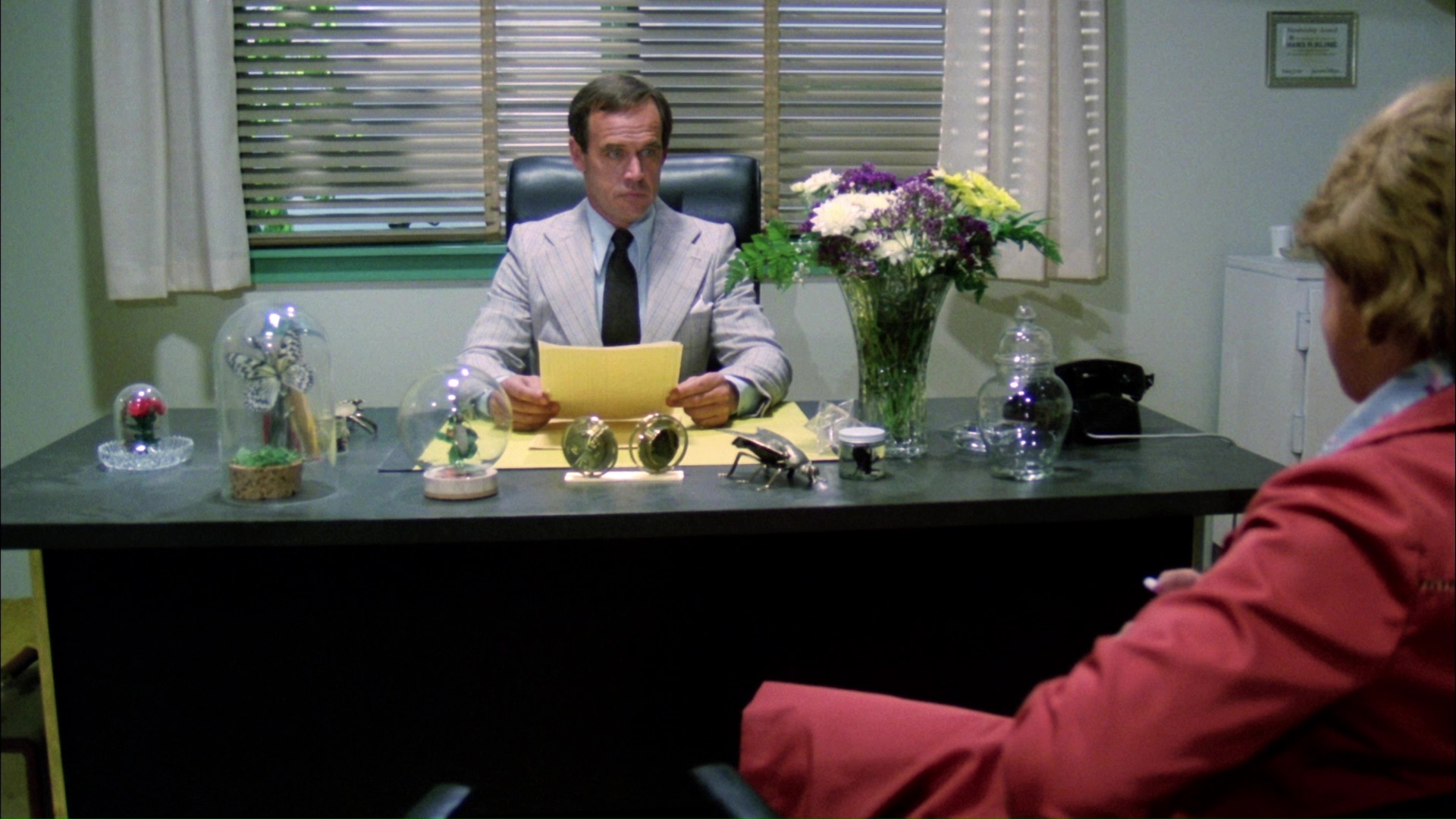 firing out facts and figures about the cast and crew after being covered with plastic bugs. She also mentions a new video interview with Haynes, which apparently never came to pass. However, you do get an audio commentary with Goodell moderated by Waters and Lee Christian, with the low-key but informative conversation covering subjects ranging from the origin of the odd title to the assembly of the impressive cast and the study of little children that helped one key performance. Don't miss the segment about prepping Haynes for the big bug scene, too, and there's even a bit of clarity about the final scene, which could be interpreted several different ways. Two theatrical trailers are also included for both titles and try their best to pass this off as a horror film, with bonus ones included for Death Ship, Silent Scream, The Psychic, and The Unseen.