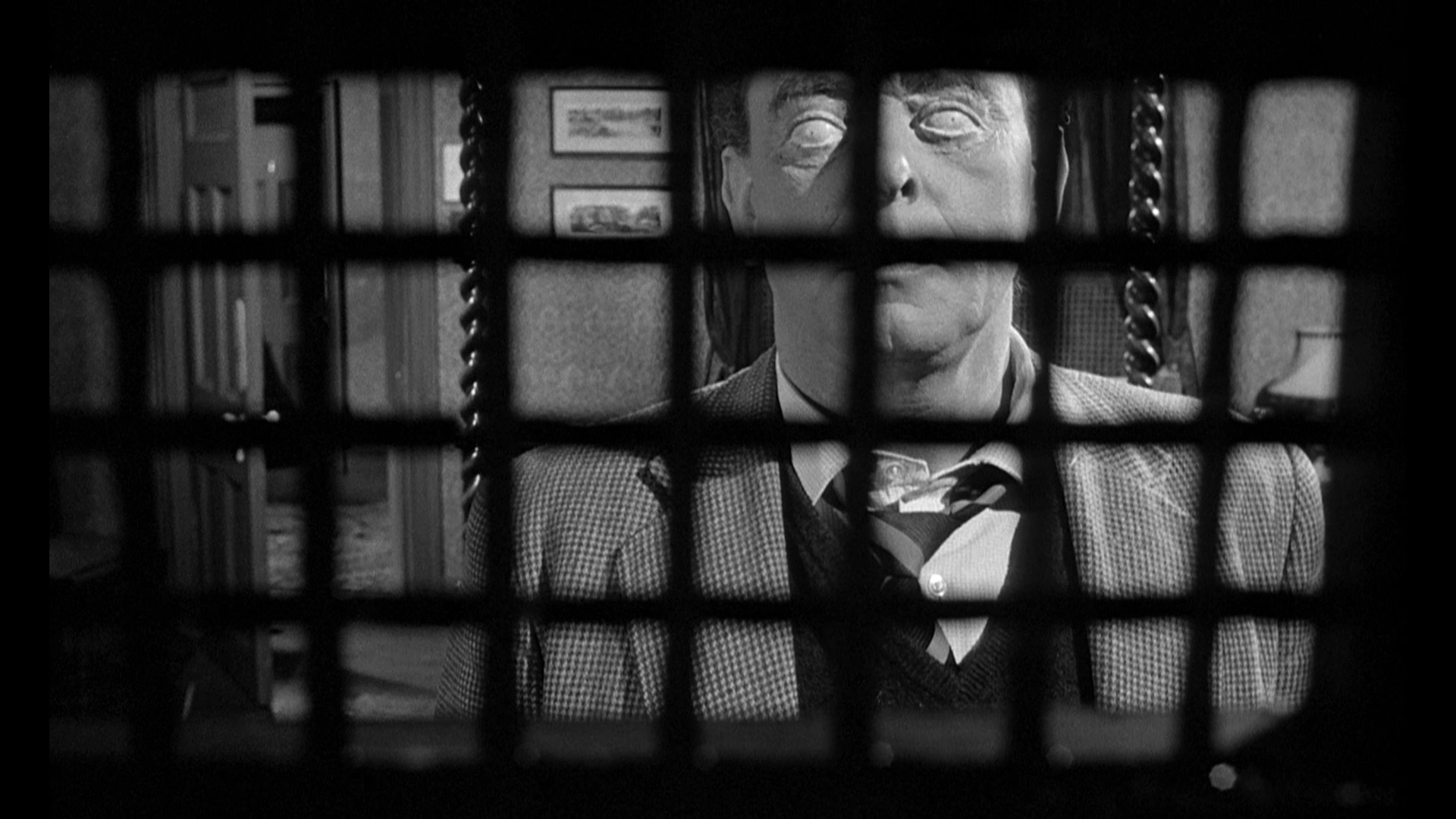 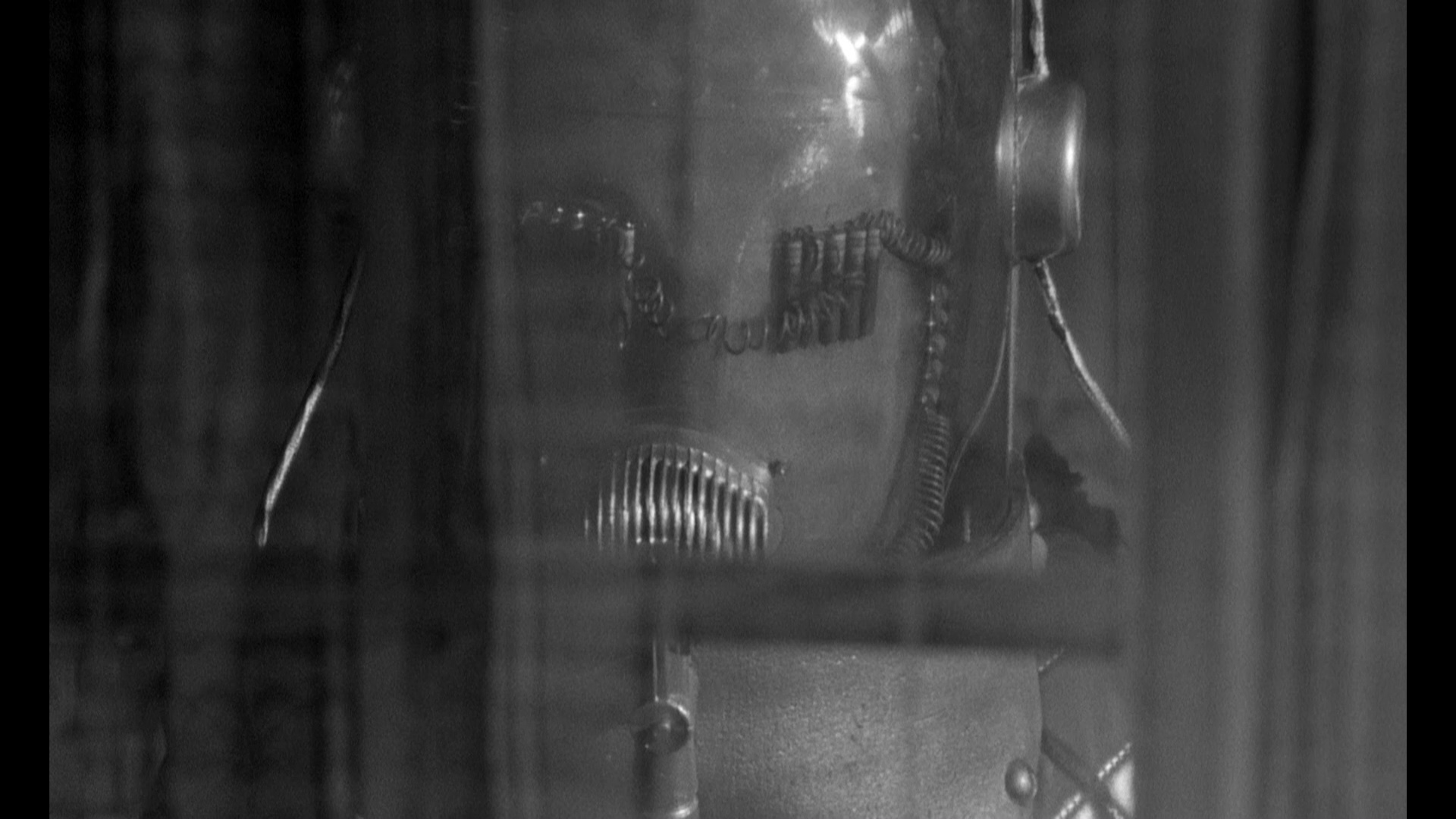 After a remarkable run as Hammer's most innovative and influential director with its initial run of monster hits, Terence Fisher ventured out for a trio of grisly sci-fi films for other studios. Among them are Island of Terror and Island of the Burning Doomed, while the shortest and most cost-efficient was this spirited look at what happens when malevolent robots take over the world. Fisher's very public disdain for sci-fi actually turned into an advantage with these films, where his knack for focusing on scares and characterization made them into something a bit different than the usual programmer fare.

Disaster starts to befall a small English village when the residents start to mysteriously drop dead in the middle of the afternoon, sending a train careening off its tracks and a car barreling straight into a wall. (If that sounds a lot like Village of the Damned, this film appears to use outtakes from that film, too.) The few who survive unscathed hightail it to a pub in the middle of town, where newly arrived American pilot and walking piece of cardboard Jeff Nolan (Kiss Me Kate's Parker) ends up rubbing shoulders with the nefarious Quinn (future Jess Franco staple Price) and pretty Peggy (Field, Parker's real-life spouse), who's posing as Quinn's wife. A twitchy, sweaty Thorley Walters gets some choice bits strutting around in a white suit, too. As it turns out, 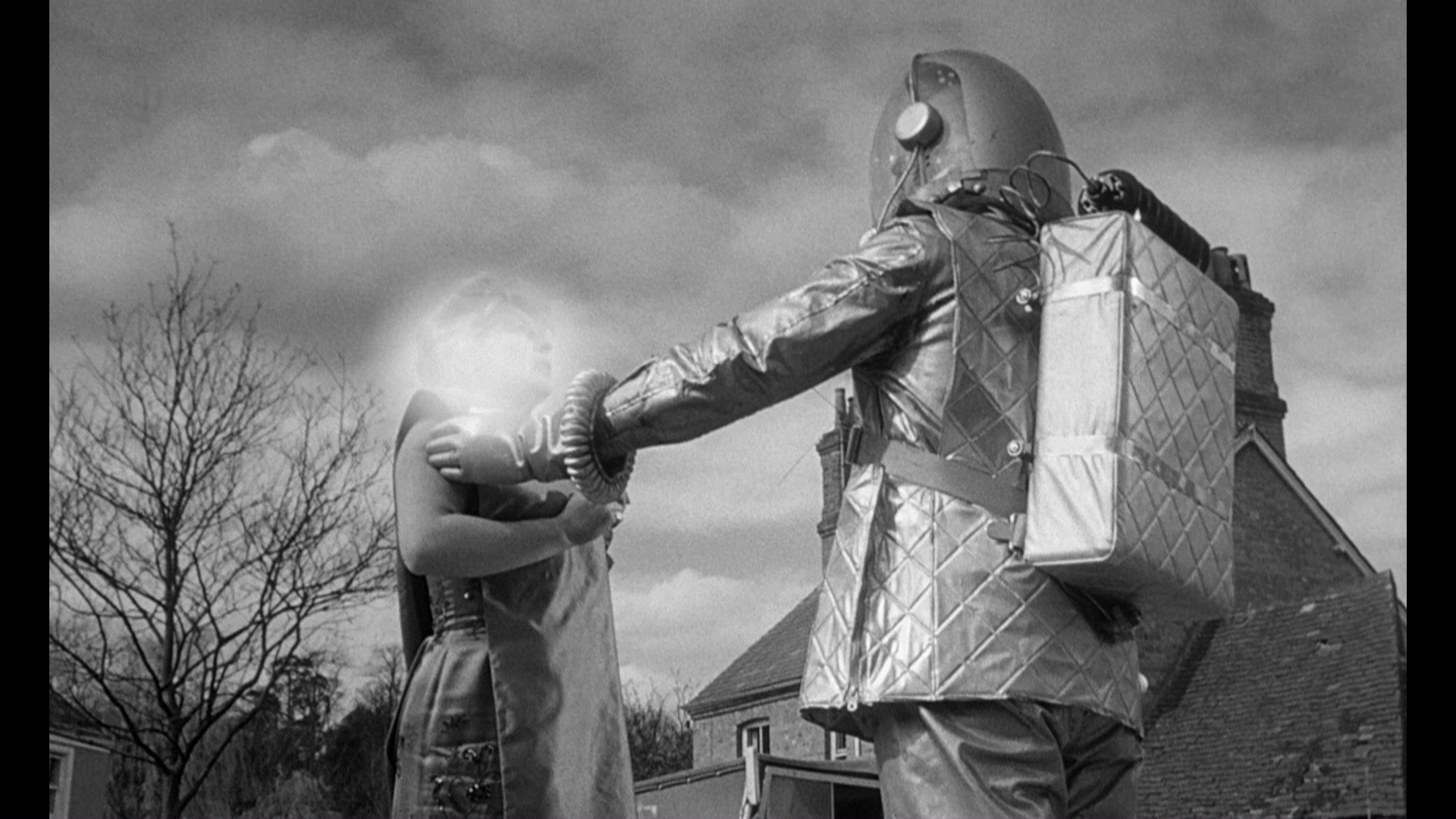 metallic intruders are behind the disaster, and anyone who crosses their path gets turned into a white-eyed zombie. As the horde of undead predators increases, the dwindling humans are locked in a small-scale battle to the death. 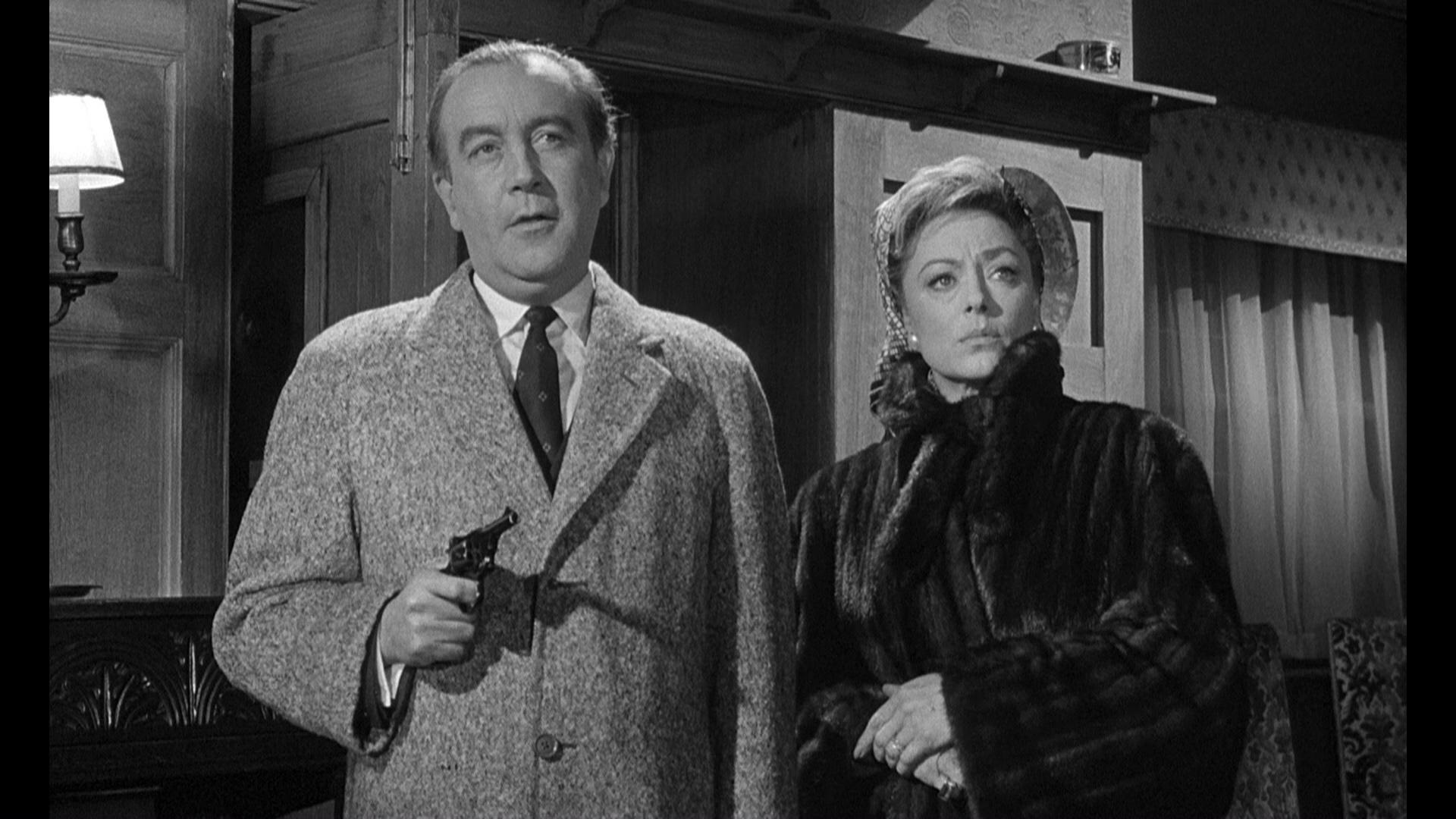 Quite fun and a bit more nightmarish than the '50s sci-fi films it clearly emulates, this little programmer may not be Fisher's most important film but it does crank out some efficient suspense moments and more than a few disturbing images. The pearly-eyed zombies are sparingly used but pack a punch when they do turn up, and at just over an hour the film never comes close to wearing out its welcome. It's exactly the kind of thing designed to run on a double or triple bill, so you can easily run off to get some food or take a phone call and come back without losing track of what's going on. Of course, it also manages to foreshadow several future Euro horror films with its sightless undead, particularly the Spanish strain featuring Horror Express and The People Who Own the Dark.

Twentieth Century Fox released this film in both the US and UK, then largely kept it relegated to occasional TV screenings for decades until it finally popped up on DVD in 2007 as a Midnite Movies double feature with the marvelous Chosen Survivors (which shares this film's screenwriter, Harry Spalding, credited here as "Henry Cross"). Both of those 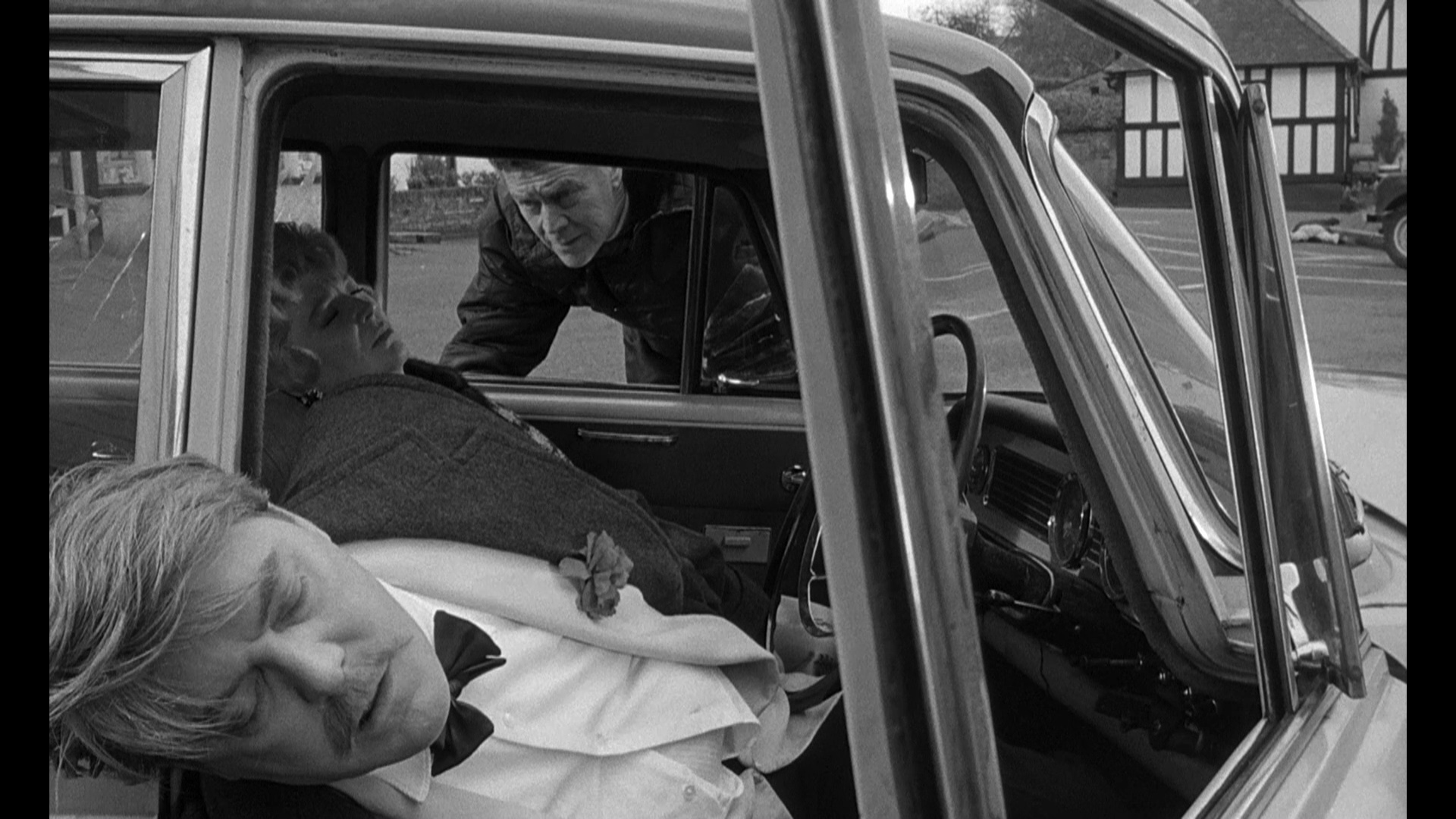 films eventually wound up being licensed by Kino Lorber, and the 2016 Blu-ray standalone edition of The Earth Dies Screaming looks great with a crisp, textured, pin-sharp transfer, properly framed at 1.66:1. The negative has been kept in great shape, so there's really nothing to quibble with here; the DTS-HD MA English mono track sounds excellent, too.

Richard Harland Smith adds another Kino commentary to his roster here with a very solid audio commentary about the famously cheap Lippert Films (who also made Witchcraft and Curse of the Fly, among others), the film's status in the lineage of earth invasion stories, the contributions of early female film composer Elisabeth Lutyens, and the conventions of British sci-fi at the time, among a multitude of other topics. His comment about Dennis Price's entrance is a keeper, too. Also included are an animated photo montage, the theatrical trailer, and bonus trailers for Invisible Invaders, Chosen Survivors, Panic in Year Zero, and The Satan Bug.