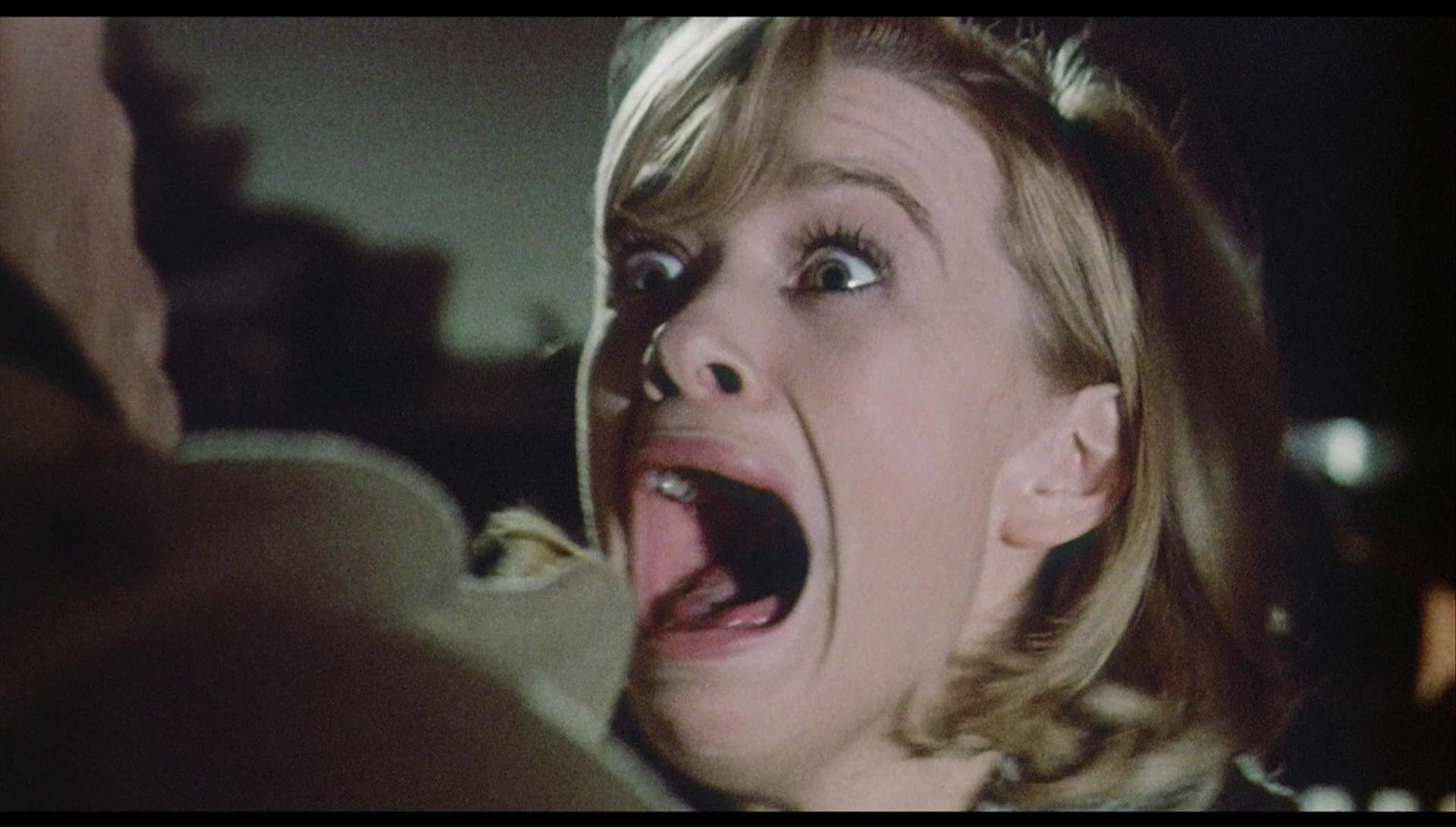 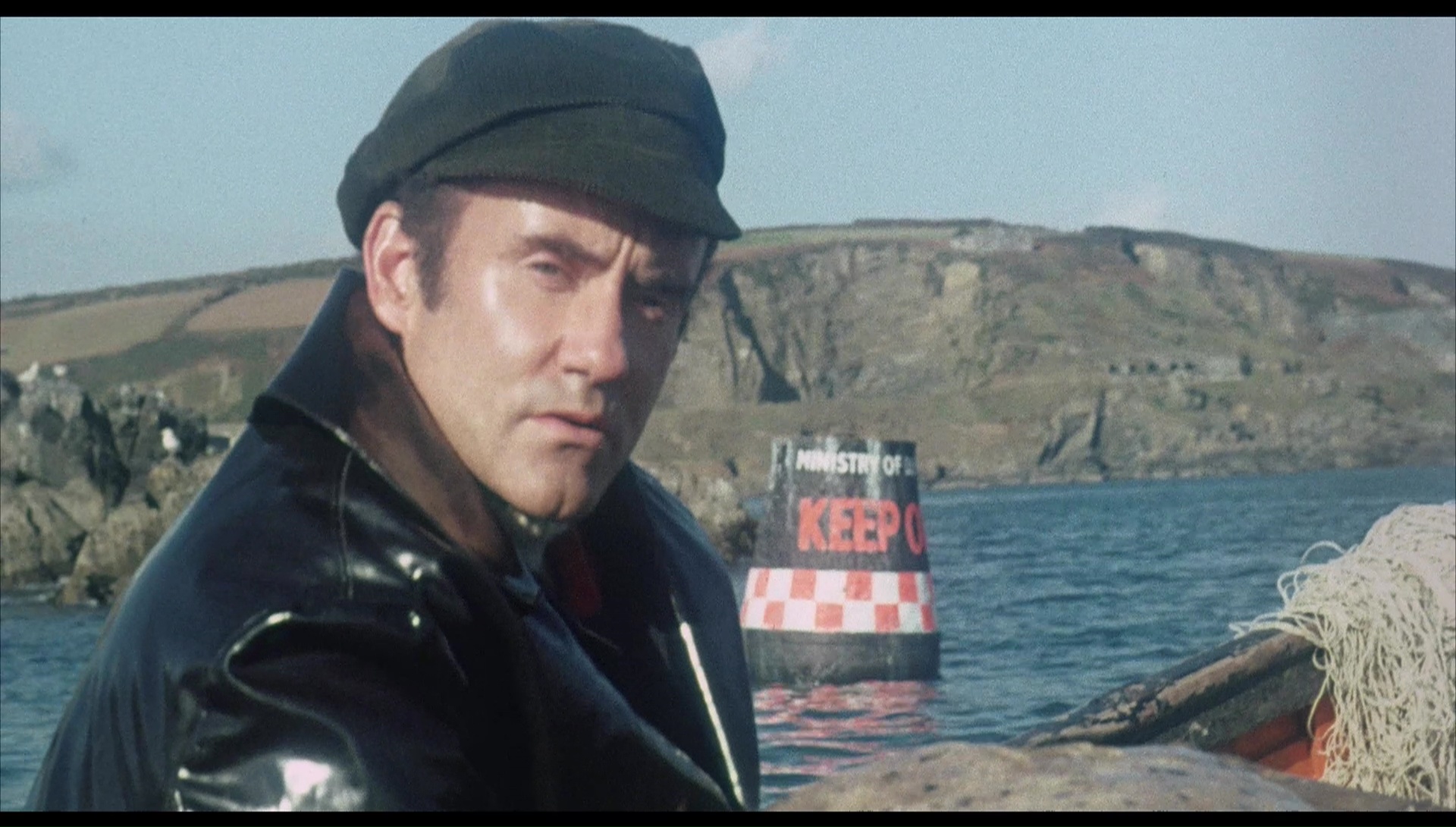 A popular three-series sci-fi/horror series on the BBC, Doomwatch ran from 1970 to 1972 and followed the fantastic exploits of the title organization, designed to monitor the dangers and consequences of scientific and governmental interference in the environment. As the show wound to a close, plans were put into motion to bring the premise of the show to the big screen courtesy of Tigon, the exploitation outfit behind such films as Blood on Satan's Claw, The Sorcerers, and Curse of the Crimson Altar. Two bankable stars were brought in as new lead characters (with four major ones from the show largely sidelined here), while directing chores were handed to Peter Sasdy, best known as one of the best latter day Hammer directors thanks to Hands of the Ripper, Countess Dracula, and Taste the Blood of Dracula.

Off the coast of Scotland (actually played by Cornwall), an island village called Balfe adjacent to a nasty oil spill is being afflicted with violent outbursts among the populace. Dr. Del Shaw (Bannen) from Doomwatch boats in from the mainland to investigate and encounters strong resistance from the locals, who are also less than welcoming to 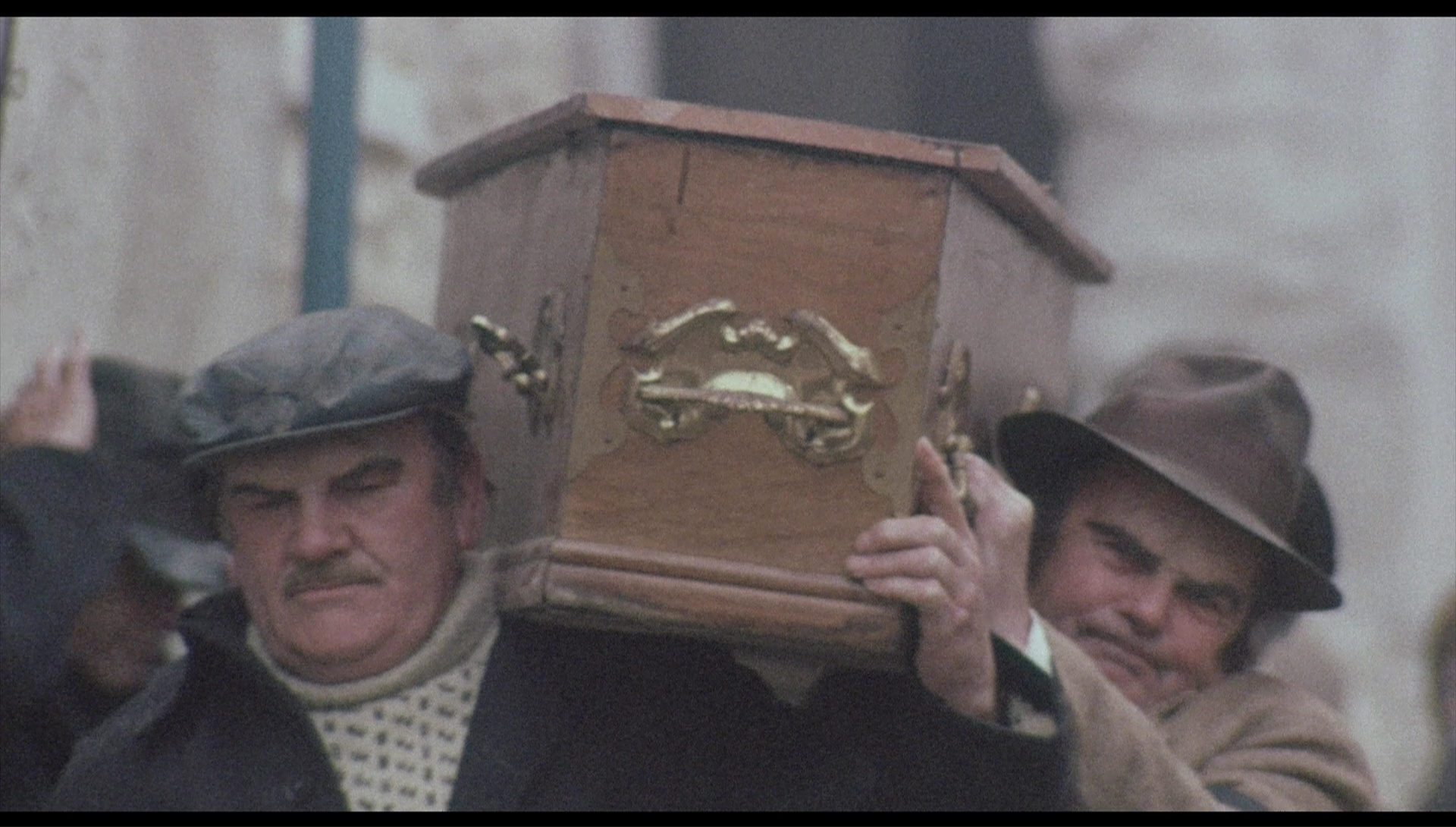 new schoolteacher Victoria (Goodbye Gemini's Geeson). His investigations soon uncover something even more ecologically threatening going on that's having a grotesque effect on the residents, and it's up to him and the others at Doomwatch to get to the bottom of the mystery. 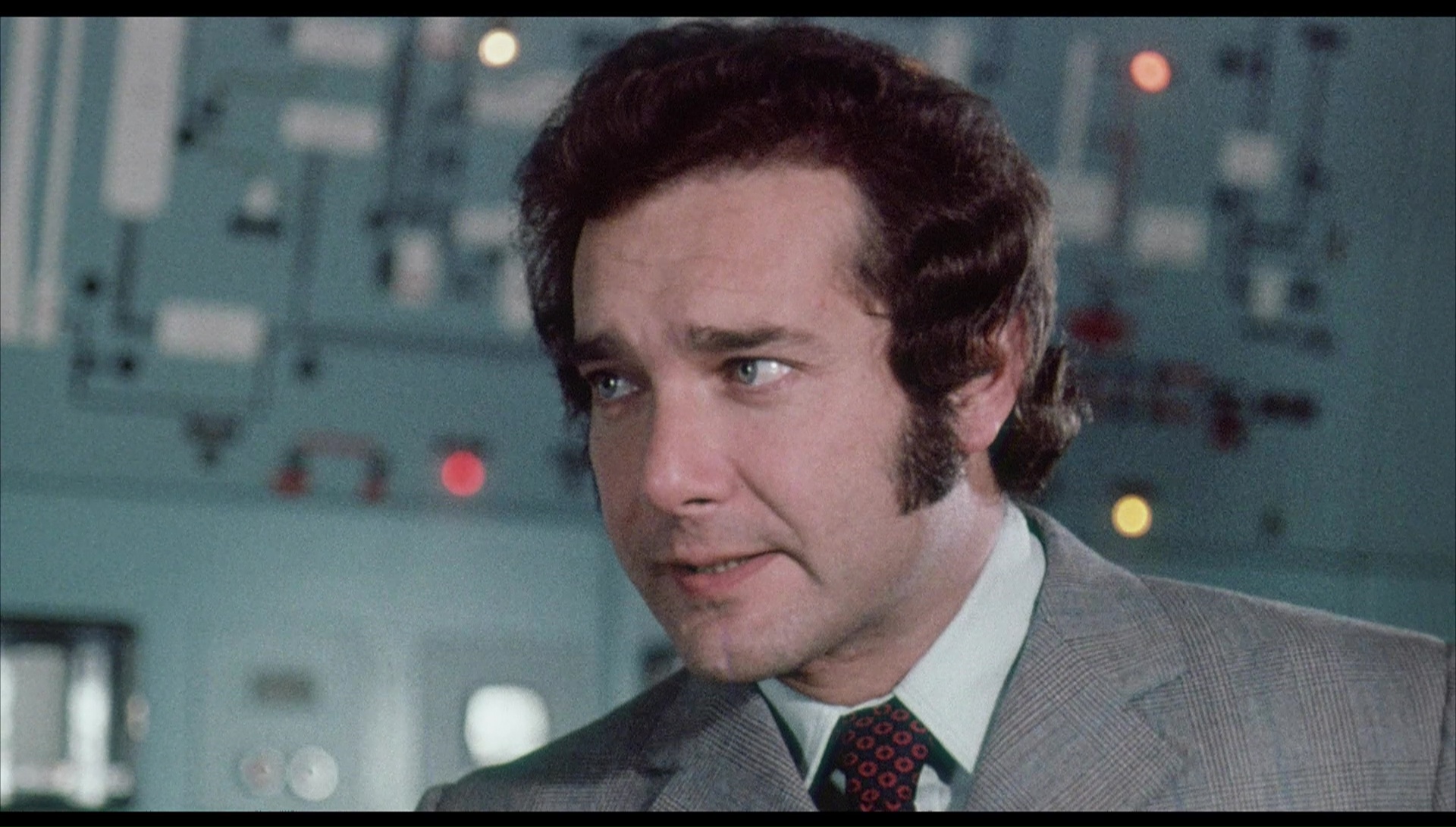 Elevated by a strong score by John Scott (who had already earned his genre credentials with Berserk, A Study in Terror, and Wake in Fright), this was clearly intended to be a class act for Tigon with George Sanders brought in to provide some elegance in what would prove to be his last days as an actor (followed only by Psychomania). However, the decision to market it as a monster movie backfired when the film turned out to be much headier and stranger than what was promised, sticking to the environmental concerns of the original show with the grotesque makeup effects serving a rather poignant and sad narrative in the end that's a far cry from the usual scream and chase fest you'd expect. The decision to switch the focus to Bannen as the main character is an interesting one (he never offered a dull performance) that irked many fans of the show, many of whom are still vocal about their dissatisfaction with the film on these grounds; imagine an X-Files movie suddenly introducing a new character played by Robert Downey Jr. and throwing the leads into supporting roles, and you'll get the idea. On its own terms the film is oddly memorable and benefits from the two strong leading performances, not to mention those latex concoctions that really come into play 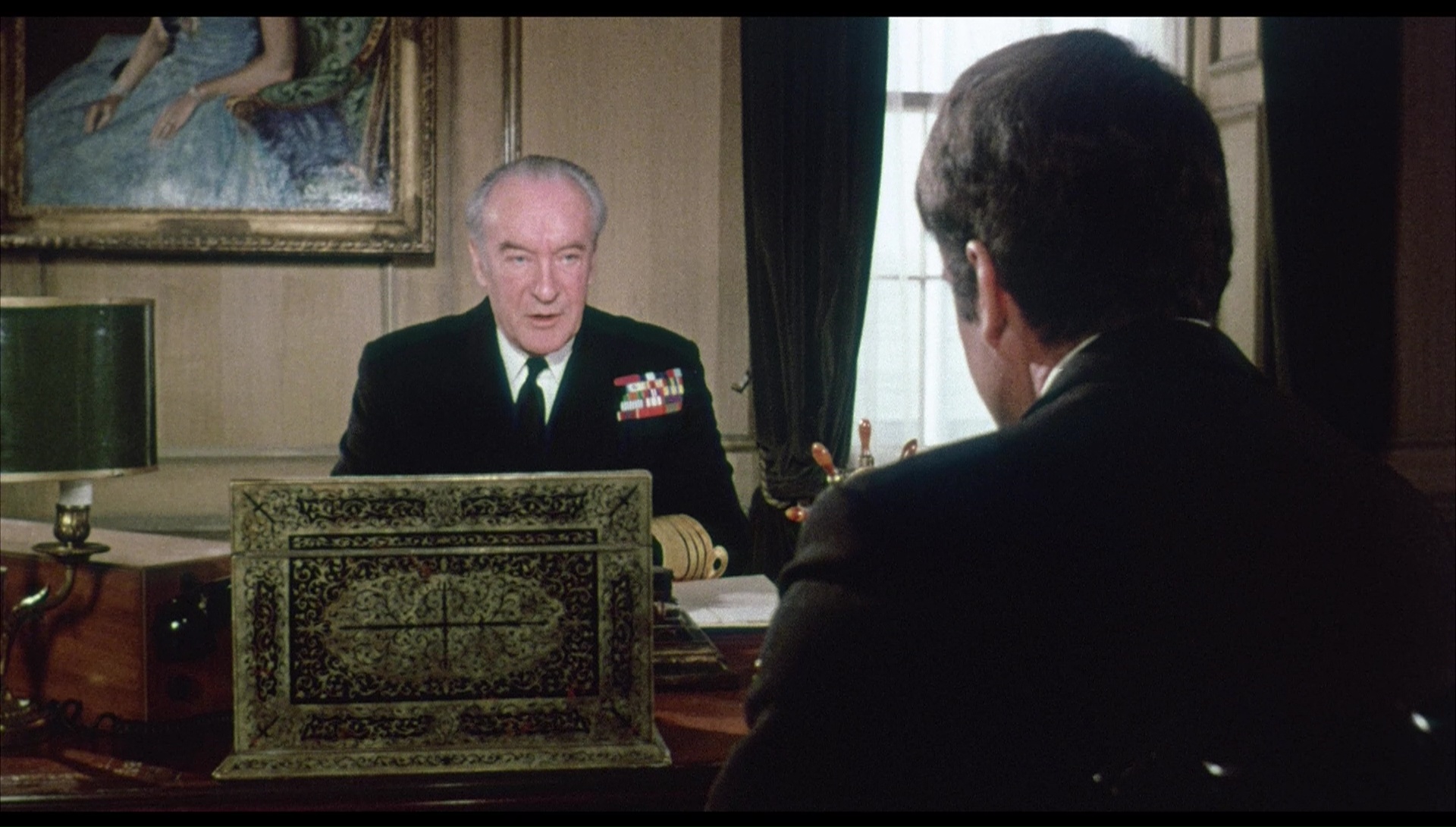 in the final stretch (and formed the basis of most of the publicity stills and poster art). Put your expectations aside and you'll find a British genre film quite a bit off the beaten track that's worth discovering.

Some pretty lousy editions of this film have plagued home video for years, with a scratchy and subpar transfer used for its American DVD bow from Image as part of the EuroShock Collection in 2001. 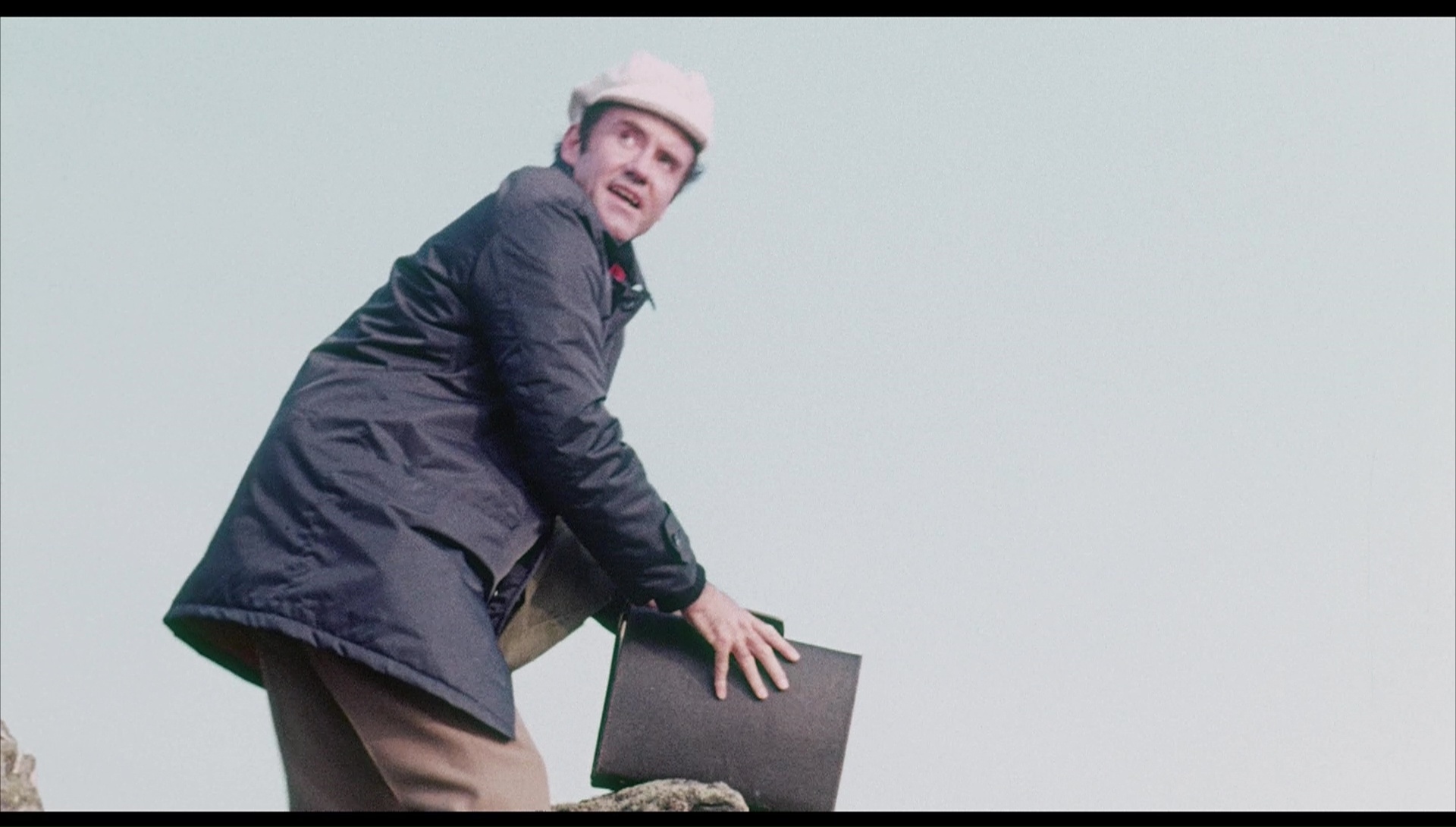 Screenbound issued British Blu-ray and DVD editions in June of 2016 from a much-needed HD scan, with an American one following at the end of the year from Kino Lorber. The latter option is definitely the way to go as it not only features the best transfer to date (the DTS-HD MA English mono track is also quite a bit superior to past editions, especially when it comes to Scott's score) but a welcome new slate of bonus material as well. Sasdy's on hand for a new video intro and audio commentary in which he chats quite a bit about his fondness for the film, the decision to tweak the concept of the show for the feature film version, the logistics of shooting mostly in Cornwall, and the relevance of the film's themes to the environmental issues that still remain prevalent today. Geeson echoes some of those thoughts in a new 6-minute interview recalling how she was impressed by the script and the overall message, as well as noting how it fit in with her career direction at the time at the height of her fame and how she felt about the "eccentric" Bannen. Also included are bonus trailers for The Neptune Factor, The Island of Dr. Moreau, and War-Gods of the Deep.