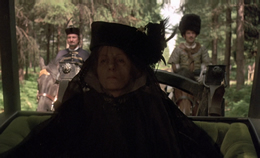 Given the solid track record Hammer Films enjoyed with its Dracula flms starting in 1958, it's surprising they didn't get around to tackling his closest female 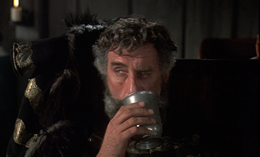 counterpart, the notorious real-life figure Countess Elizabeth Báthory, until thirteen years later. The studio's final productive decade enjoyed a bit of a shot in the arm with R-rated doses of nudity and violence, and after the success of The Vampire Lovers and star Ingrid Pitt, it was clear they had found the perfect actress to play the Hungarian predator who, according to legend, bathed in the blood of virgins to stay young. Unfortuantely for Hammer, a lot of other people had the same idea and the film found itself competing with a slew of Báthory-inspired films around the world around the same time, most notably the masterful Daughters of Darkness and the lurid The Blood Spattered Bride. However, taken on its own terms as a gothic potboiler rather than a traditional vampire film, this late-period Hammer yarn has its own rewards.

Given the subject matter, the Hammer film is surprisingly restrained for the most part as it charts the increasing savagery of our anti-heroine, here renamed Countess Elisabeth Nodosheen. Suffering mightily from the ravages of age, the imperious aristrocrat dominates the peasants with her vicious will and manipulates her lover, Captain Dobi (Zulu's Green), into helping her procure young girls after discovering by chance that spilled virgin blood can temporarily make her young and beautiful. With her appearance radically changed, the Countess poses as her own daughter, Ilona (Down), who is traveling abroad; this disguise allows her to romance the handsome Imre Toth (Elès), who has inherited a portion of her 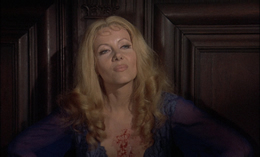 ate husband's estate. However, when the real Ilona shows up, the Countess's plans start to go awry and she has to resort to increasingly savage methods to satisfy her bloodthirsty ego.

Despite an occasionally distracting and wholly unnecessary dub job, the late Pitt is the real star of the show here in one of her very few starring vehicles. She handles the demands of the role well, even spending lengthy chunks of time hiding behind exaggerated old age makeup, and the selfishness of her character provides a different slant compared to the lusty 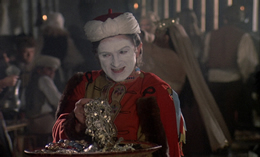 but fearful vampire she played the previous year. Recruited from TV, director Peter Sasdy was being primed as fresh blood in the Hammer stable thanks to this, Taste the Blood of Dracula, and the sublime Hands of the Ripper, but soon he was off fending for himself with more troubled projects like Nothing but the Night instead. Interestingly, in all of his horror films Sasdy has an unusual grasp on the destructive tension between generations, which was very much a concern at the time and fuel for more than a few macabre fantasies about the rich old guard preying on the young and leaving psychological violence in their wake. Also noteworthy here is the lush music score by Harry Robinson, who also worked on all three entries in Hammer's Karnstein trilogy of lesbian vampire epics.

Countess Dracula was one of a handful of films Hammer made in the early '70s with the Rank Organisation, all of which had less than stellar U.S. releases (some from Fox and almost all cut). They also became insanely difficult to see for quite a while, too, at least until the 2000s. This particular one first popped up on DVD in the UK in 2002 as part of a three-film Hammer set from Carlton (now Network) alongside 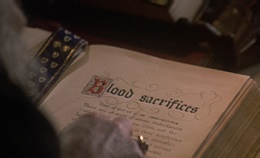 Twins of Evil and Vampire Circus, all sporting uncut 1.78:1 anamorphic transfers. A standalone release later followed, with a Network edition replacing it in 2006. In the interim, an American release was finally made possible when the film fell into the hands of MGM, who appropriately issued it as a double feature with The Vampire Lovers in 2003. Those latter two discs featured what remains the film's best special feature, an audio commentary with Pitt, Sasdy, writer Jeremy Paul and moderator Jonathan Sothcott, which also made it to the Network disc. (And hey, if that's not enough, there's always the movie tie-in novel.) Got all that?

Rounded out the very welcome stable of Hammer/Rank releases from Synapse, their dual-format release contains a Blu-ray and DVD with identical 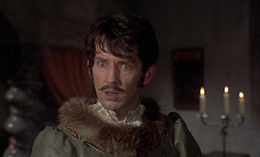 bonus content. The big news here is the transfer itself, of course, a sterling one originating from MGM and finally getting it right on all fronts. The European discs were squeezed to fit the 1.78:1 frame, while the MGM one was presented flat letterboxed at 1.66:1 with accurate framing but dull detail and obviously lower resolution. All of that gets fixed here, and the Blu-ray is naturally the way to go if possible as it's a real stunner with very minimal element damage. The DTS-HD mono track sounds fine as well, mostly coming to life whenever the score kicks in. The great commentary is carried over along with the usual theatrical trailer, plus some new extras. An archival audio interview with Pitt is included, obviously recorded while she was promoting Who Dares Wins (a.k.a. The Final Option), in which she runs down some of her career highlights and seems to be in a sunny mood. Then there's the 10-minute Ballyhoo Productions featurette "Immortal Countess: The Cinematic Life of Ingrid Pitt," in which bio writer Robert Michael "Bobb" Cutter, Ted Newsom, and Mark Redfield cover her brief but spectacular horror career along with some context from her life experiences, including her youth in a concentration camp. A stills and poster gallery rounds out the set, an obvious key title for Hammer and British horror aficianados.