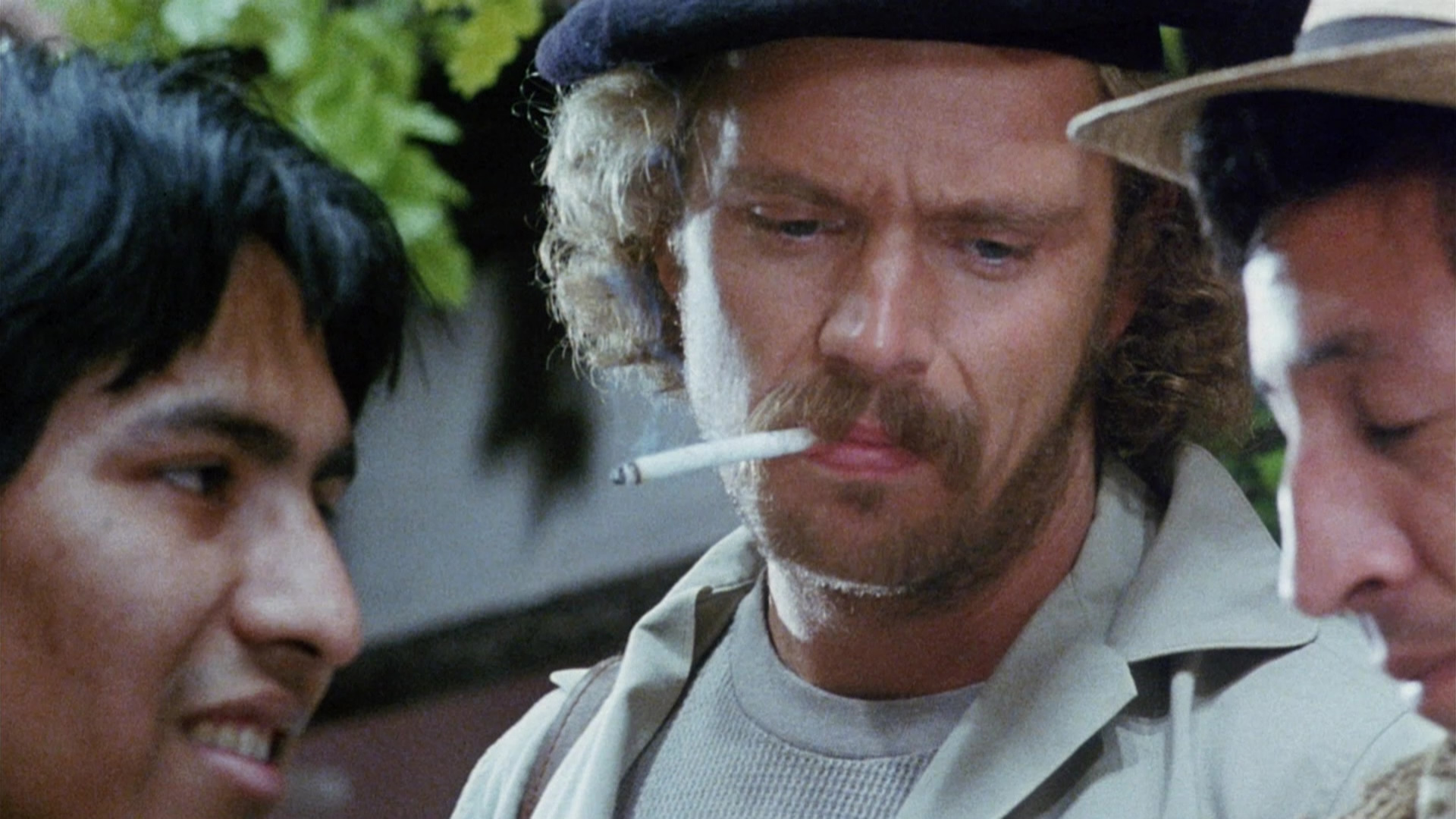 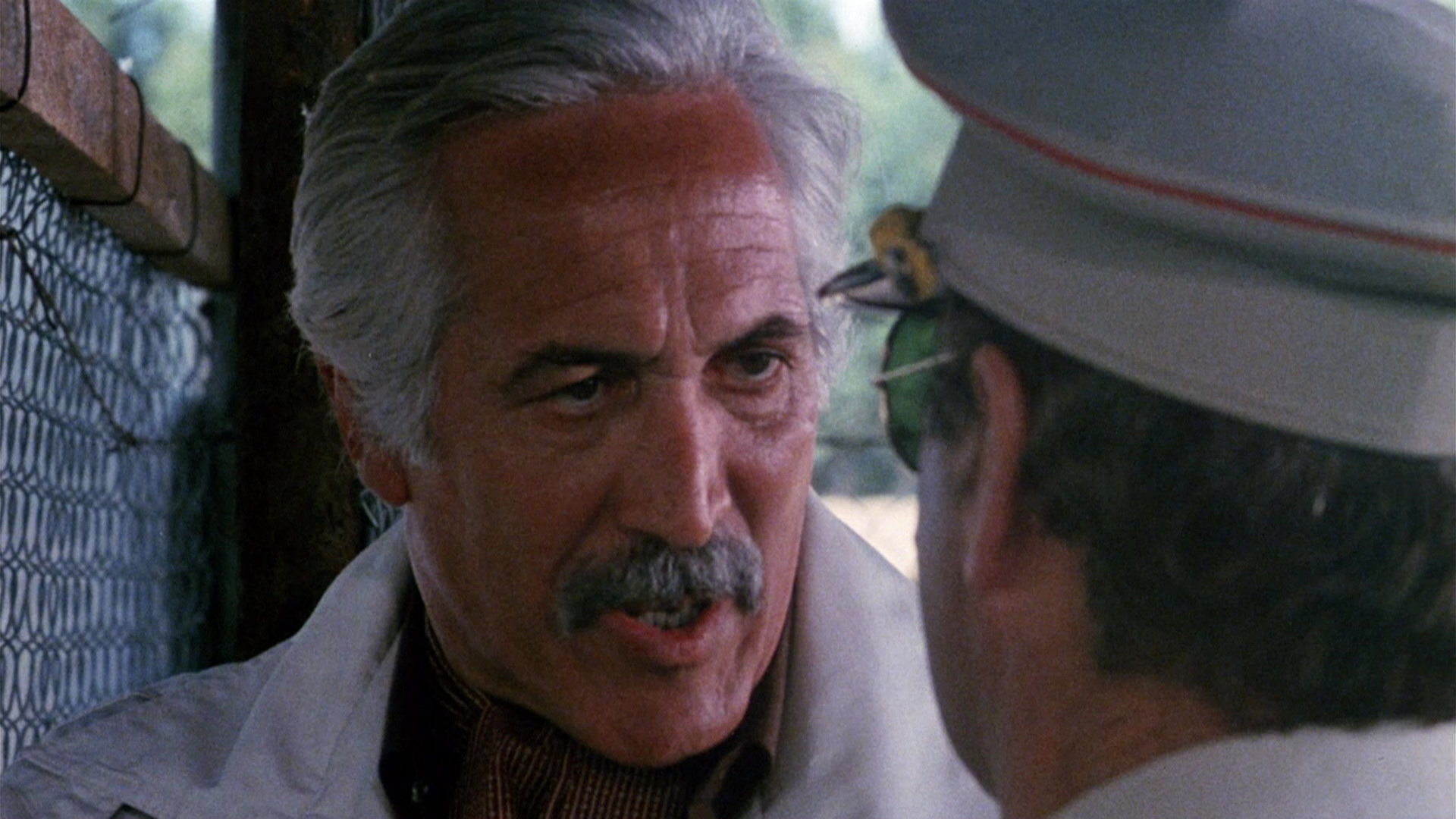 A film that feels like it was actually shot under the influence of the title substance, this very mid-'80s Roger Corman action/crime outing was the second starring vehicle for censor-maddening The Dukes of Hazzard star John Schneider after his minor but worthwhile debut vehicle, Eddie Macon's Run. Lightning didn't strike twice for him here as the film went almost straight to video in most markets, leaving him to follow this up with a supporting role in the wacky H.P. Lovecraft adaptation, The Curse, and a long TV career.

The middle of three films for Corman by Argentinian director Héctor Olivera (along with Wizards of the Lost Kingdom and the original Barbarian Queen), this tale of south of the border corruption follows the misadventures of DEA agent Cliff Adams (Schneider), who sports a big mustache, smokes a light, and watches enough cockfighting footage to ensure this will never get an uncut UK release. He and his reporter girlfriend, Janet (Kitt), are trying to get enough evidence to take down Gonzoalo Reyes (Cronos' Luppi). Things get complicated when Reyes sends Cliff on a kill mission to assassinate a presidential candidate who poses a threat to the kingpin's massive cocaine empire, which triggers a series of violent confrontations involving gunfire, riots, kidnapping, car chases, electroshock torture, and the obligatory climactic shoot out in the middle of the night. 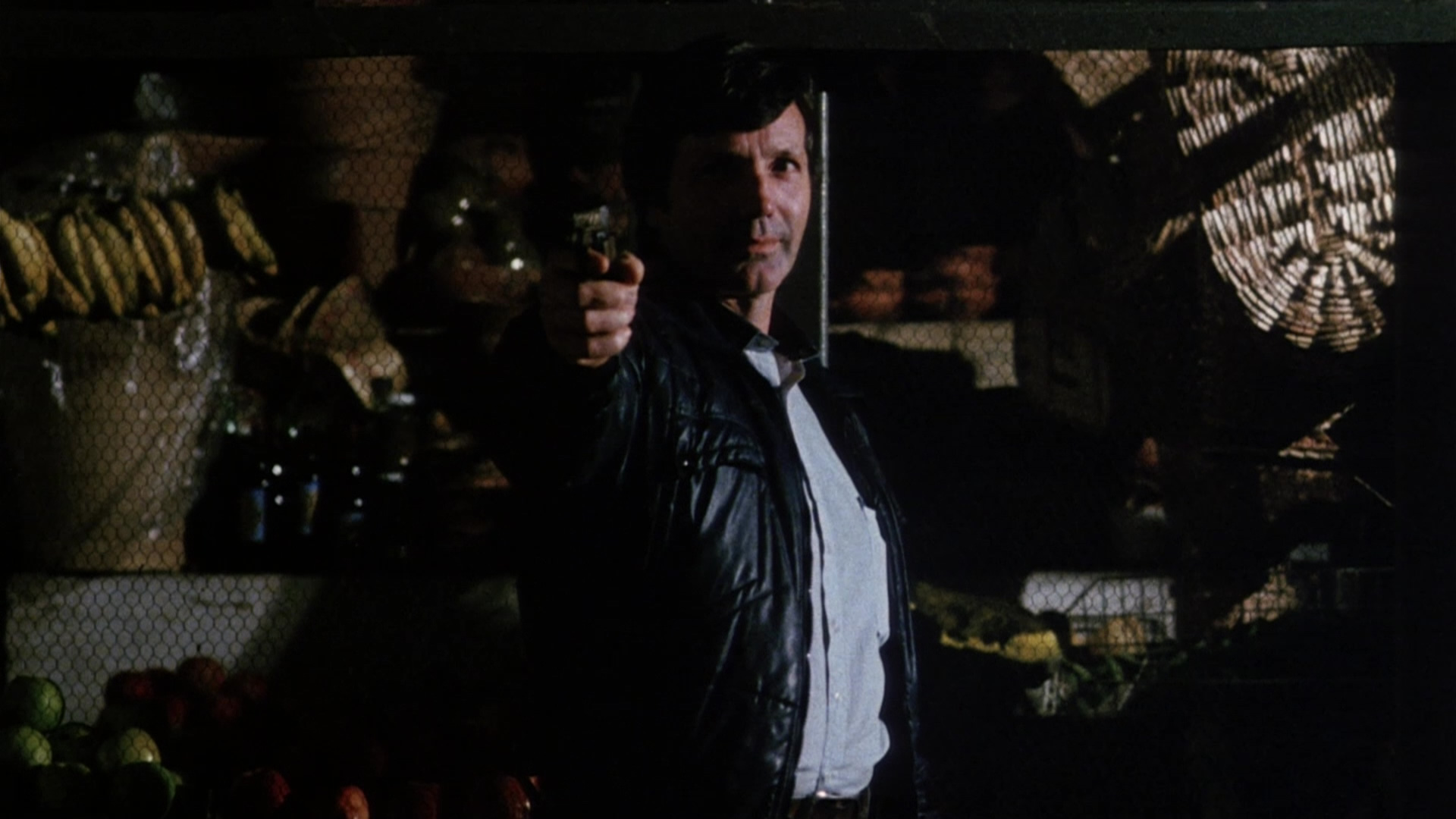 Unapologetically trashy and quite entertaining if you're in the right mood, this isn't exactly your usual Corman New Concorde theatrical product as it's clearly trying to play for the '80s action crowd being thrilled by the 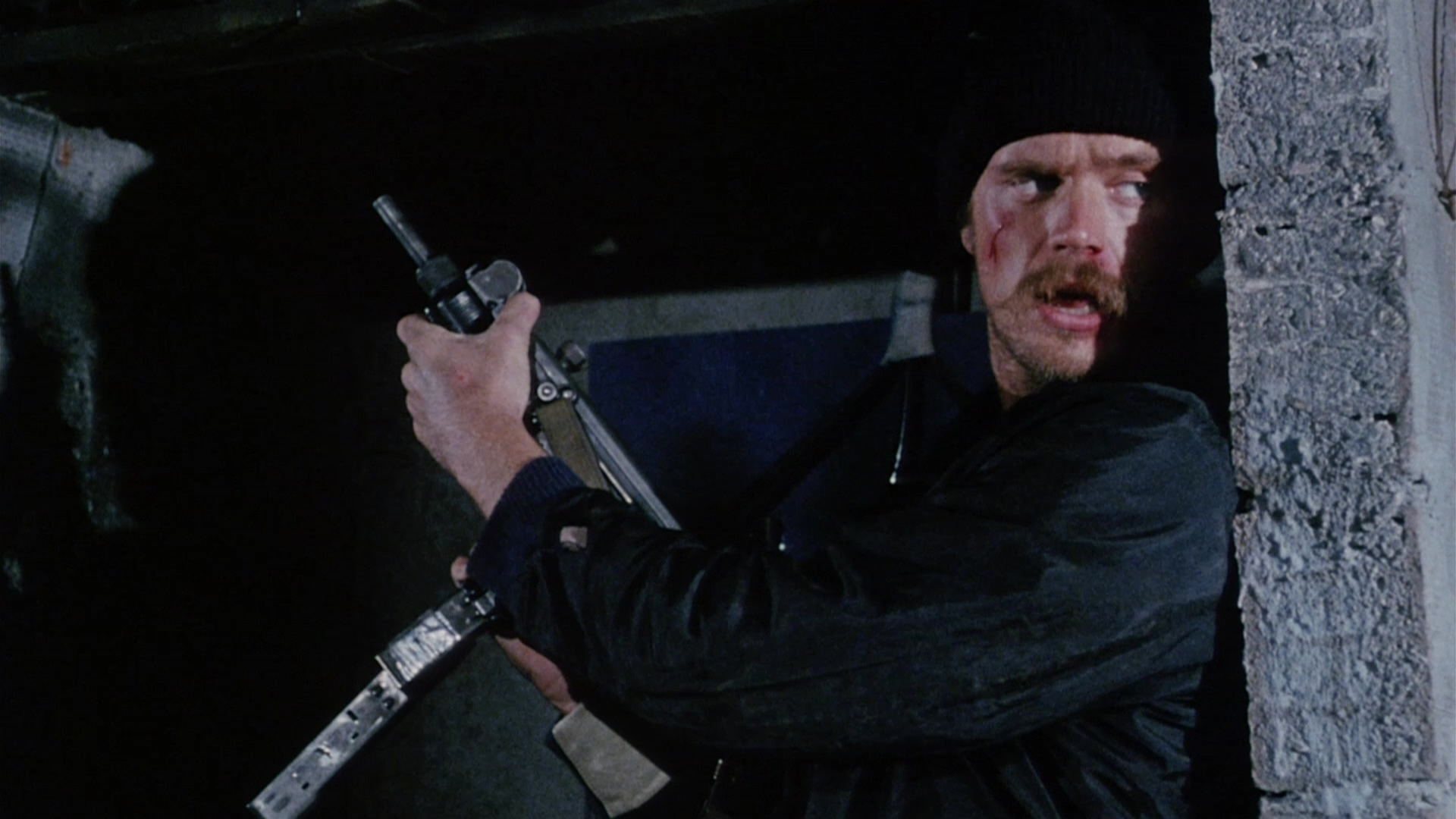 likes of Scarface and tons of Cannon Films actioners (which this closely resembles at times). Schneider actually holds his own pretty well here and proves once again he could've had a decent film career with better choices, and grizzled character actor Royal Dano (who has one of the most distinctive voices ever) has a fun, scene-stealing bit as Cliff's buddy and local guide of sorts. Coupled with dialogue like "I never run over a good-looking broad, it's against my religion" and an unforgettable violent use of nose candy, it's the kind of disposable distraction that's perfect to throw on late at night with a beer or two.

Inexplicably absent from home video after its VHS release from Media, Cocaine Wars comes to Blu-ray in solid form from Code Red as a release sold through Ronin Flix (retaining the tacky original airbrushed poster art that should be on the side of a van somewhere). Needless to say there isn't much competition out there for comparison, but it looks quite good under the circumstances considering how large chunks of the film are shot in the dark with grainy film stock. The daylight and more bright interior scenes look great, about on par with other HD presentations of Corman films from the period, and fans should definitely be happy to finally retire their tape copies. The DTS-HD MA English stereo track sounds solid with good support for the droning, era-appropriate synth score. Pistol-wielding hostess Katarina Leigh Waters provides lively wraparounds covering as much info as was probably available about the film, with other extras consisting of an Aussie video trailer for this film and bonus trailers for Nam Wars, The Devastator, Nightfall, and The Jigsaw Murders.