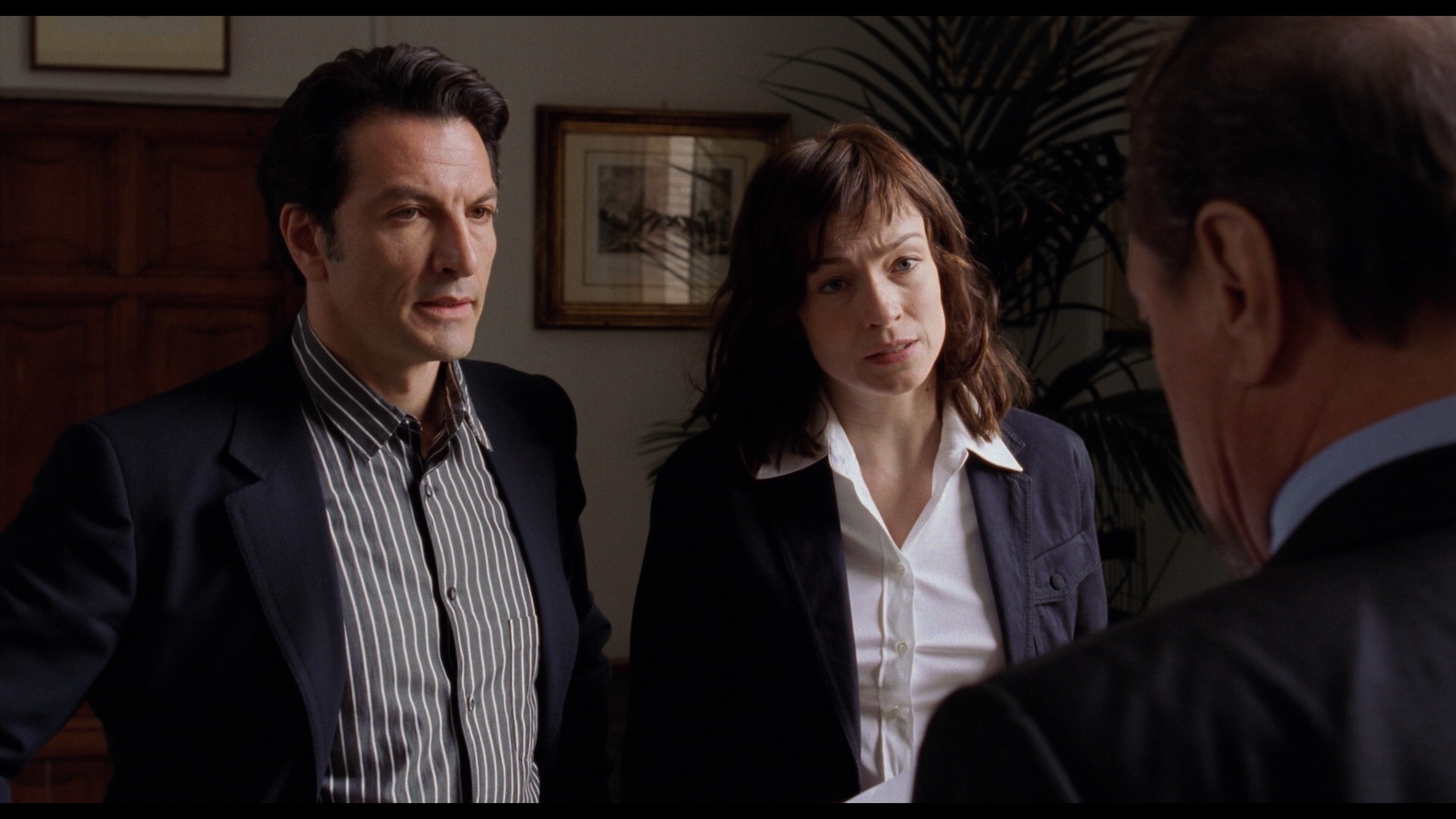 a belated return to the traditional 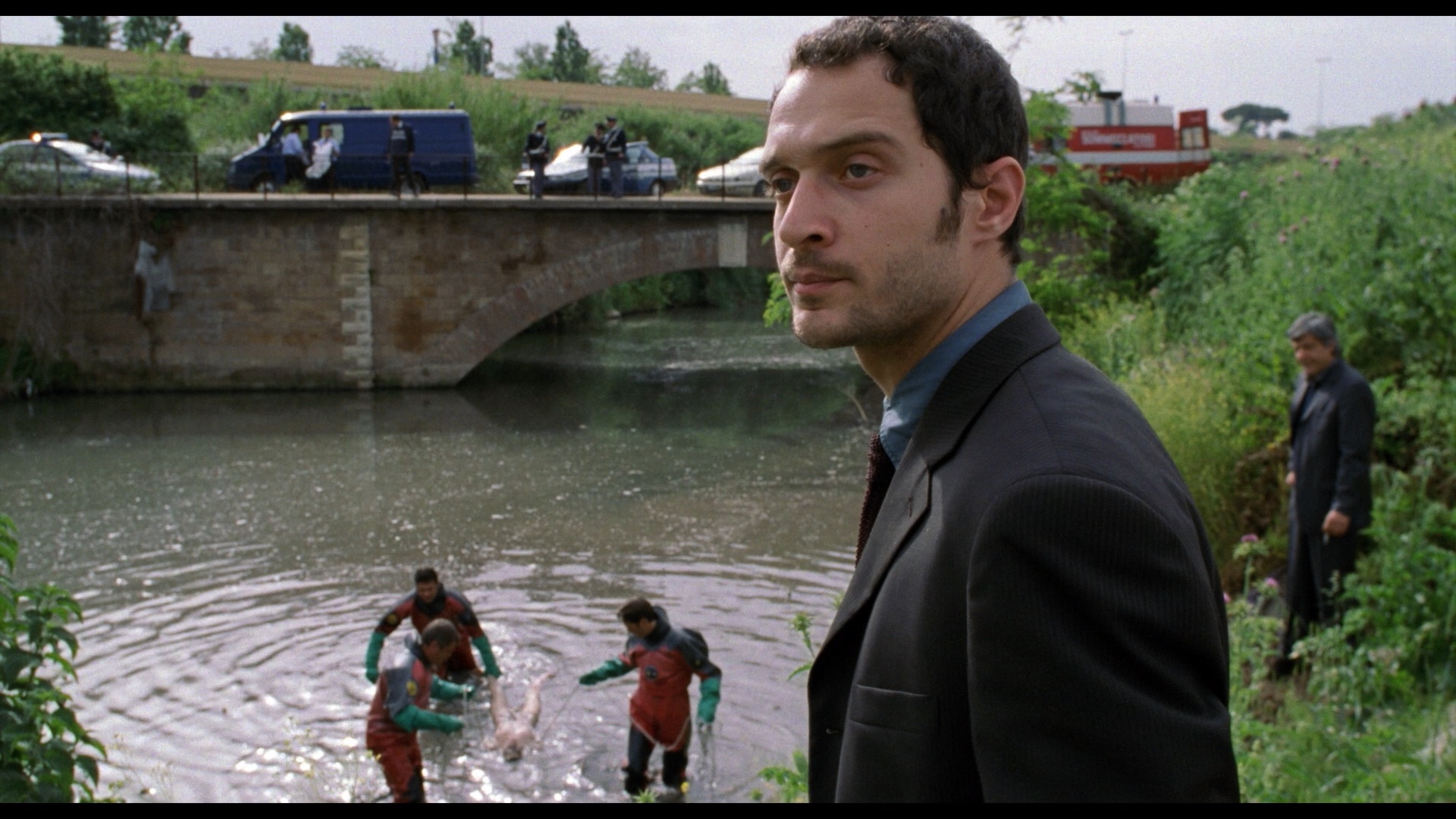 giallo with Sleepless in 2001, writer-director Dario Argento found himself essentially the sole artist carrying the torch for Italian horror after the movement had been driven into the ground by a variety of factors including financial backing, television, and the lack of decent international distribution. While Sleepless had proven he could still splash gore around like the old days, his next film stayed within the murder mystery tradition of the giallo but drew a lot of fire from fans by dispensing with bloodshed almost entirely. The result, The Card Player, was frequently derided as Argento's attempt at a CSI episode due to its police procedural aspects and far less flamboyant visual style than usual with more naturalistic, frequently hand-held camerwork by Benoît Debie (better known for his work with Gaspar Noé). However, taken on its own terms the film still has plenty going for it including one of the most engaging and warm relationships at its core, a handful of stylish suspense sequences, and one of the strongest solo scores from on-and-off Goblin member Claudio Simonetti.

Still bearing the scars from the sorry fate of her gambling addict father, Roman police inspector Anna Mari (Rocca) has her afternoon at work disrupted by an invitation from a murderous maniac known as the Card Player to face off in a game of video poker -- with the winner deciding the fate of an abducted, gagged woman seen on a live webcam feed. Her superiors order her not to play, which leads to the woman's death and eventual discovery as a body in a river. An Irish detective in the vicinity, John Brennan 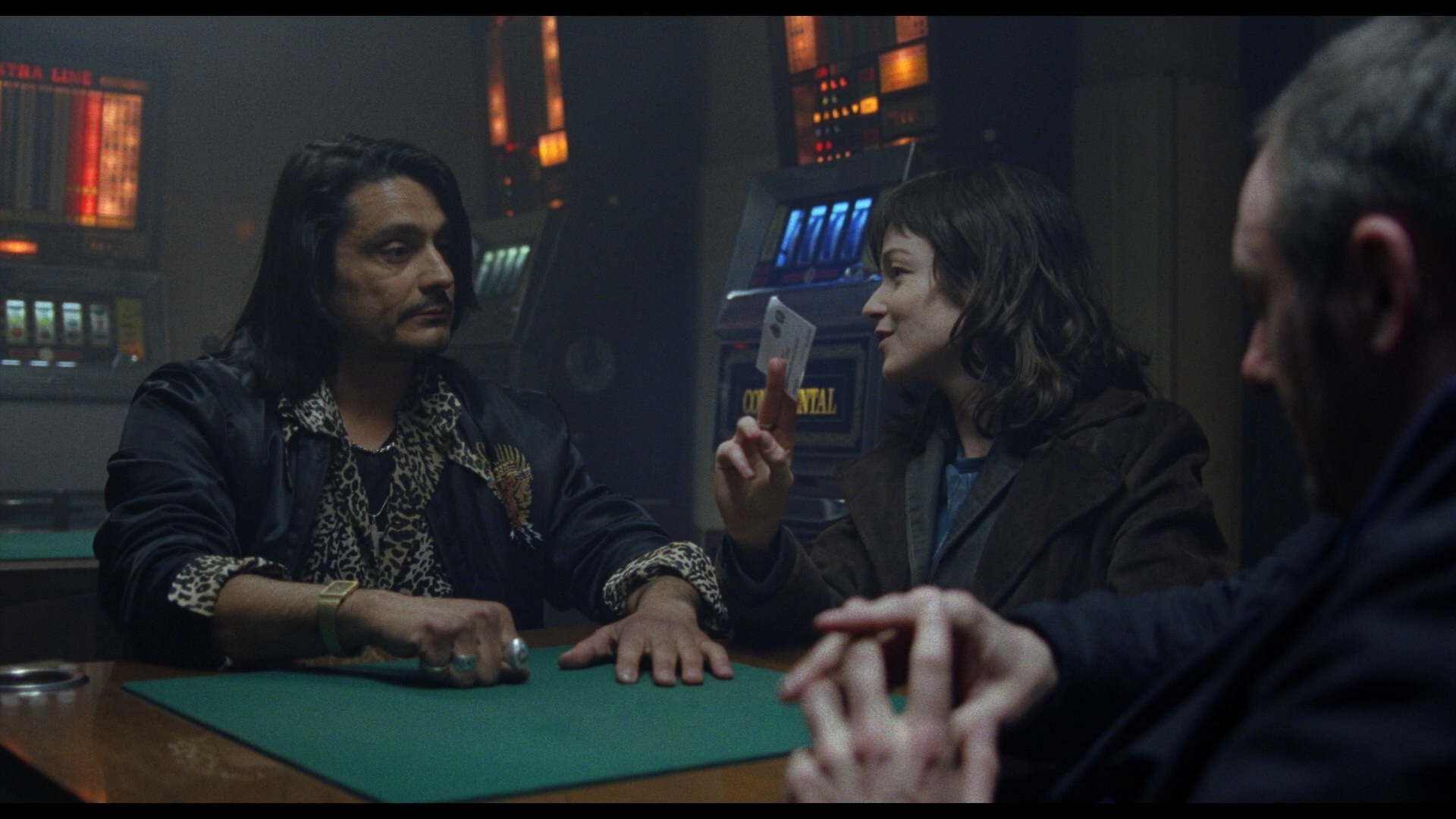 (Cunningham), is brought in to help with forensics and assist her colleagues including another cop, Carlo (Santamaria). 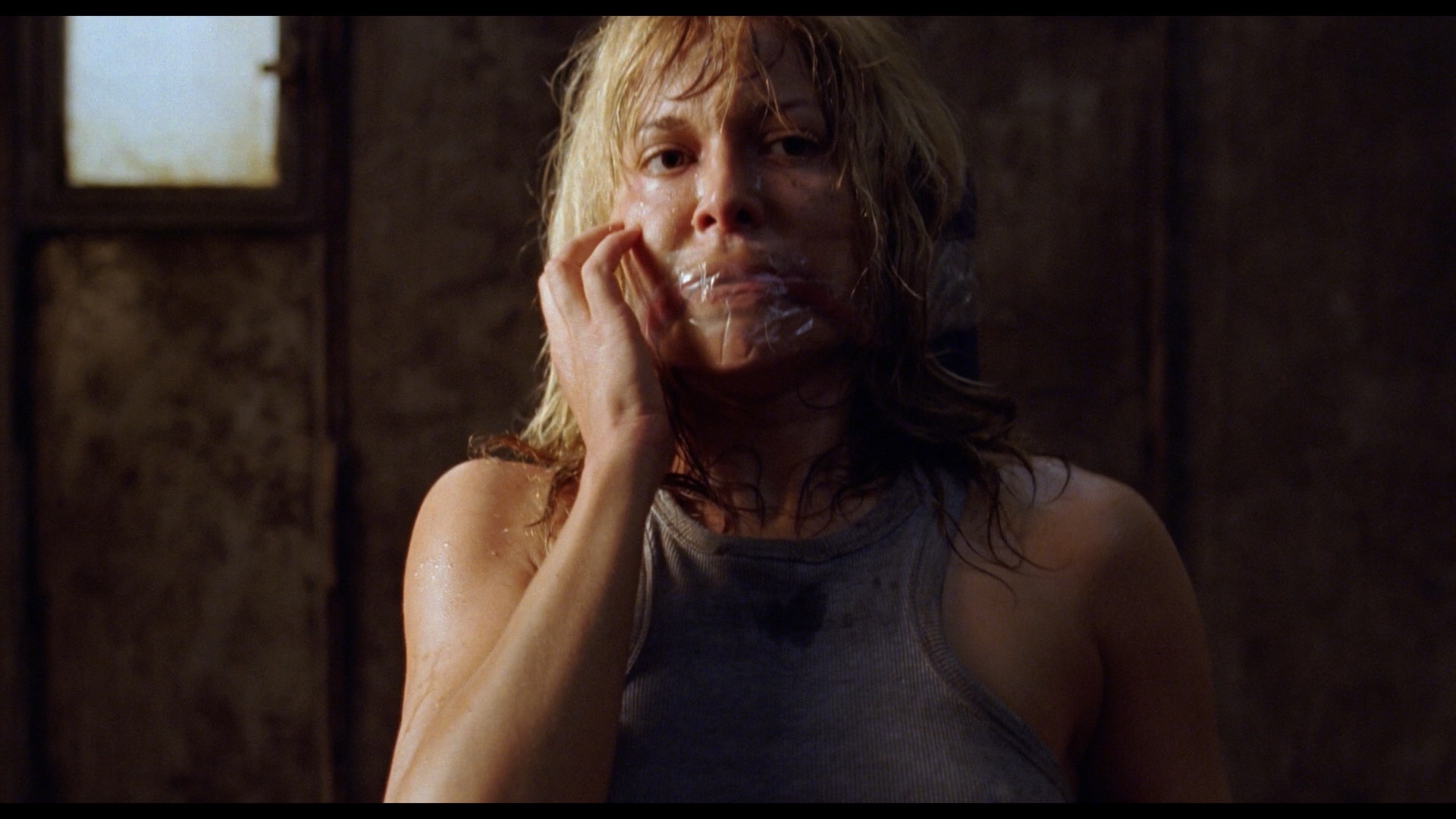 More sinister game invitations soon arrive and send the police seeking help from underground gambling ace Remo (Muccino), but their attempts to beat the killer at his own game prove to be extremely hazardous.

There's no doubt that Argento was trying to keep up with the demands of audiences at the time, not only with the crime thriller vibe here but also the use of grisly postmortem scenes reminiscent of The Silence of the Lambs (a film Argento himself had taken issue with earlier in interviews). Where the film really shines is its sequences of pure suspense, often removed from the strict mechanics of the plot, including a tense nocturnal invasion of Anna's house, a beautifully executed stalking scene for Remo through a series of dark alleys, a Deep Red-style discovery of an old abandoned house that hides a pivotal clue, and a completely bonkers Perils of Pauline-style climax that has to be seen to be believed. Rocca and Cunningham deliver two of the strongest performances of Argento's later period (and Muccino is a really winning and charismatic presence as well who should have had more screen time), which manages to compensate for very awkward supporting turns from most of the other police force. As with several previous Argento films, this one uses the neat trick of letting the action continue under the closing credits but with a more emotional and positive twist here that plays like a nice change of pace.

After Sleepless was basically thrown away in the U.S. with one of the shoddiest video releases of any Argento film, The Card 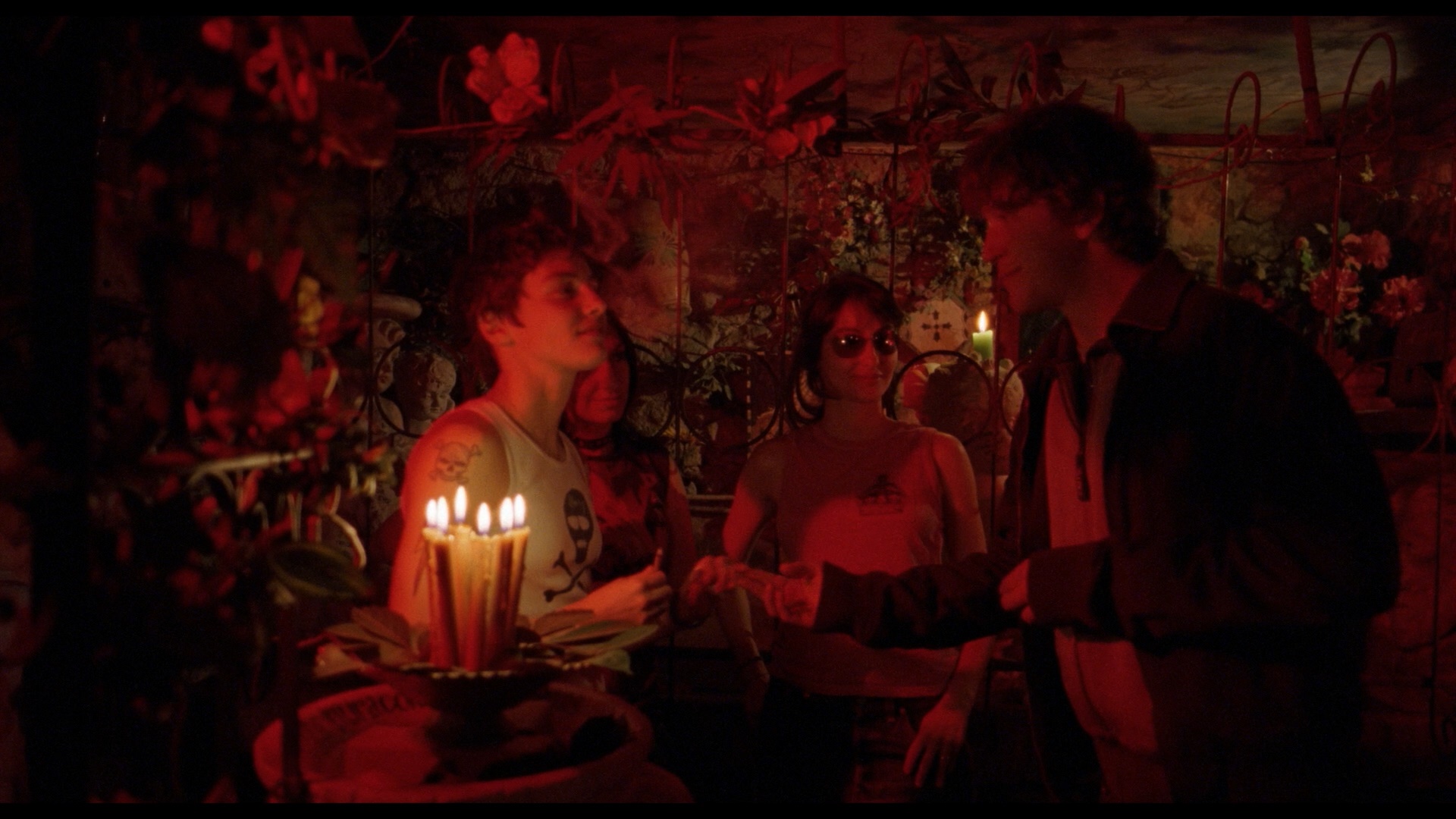 Player fared better when it turned up on DVD from Anchor Bay in 2004 (following a handful of sparse theatrical screenings) as part of a licensing deal that soon led to Do You Like Hitchcock? and 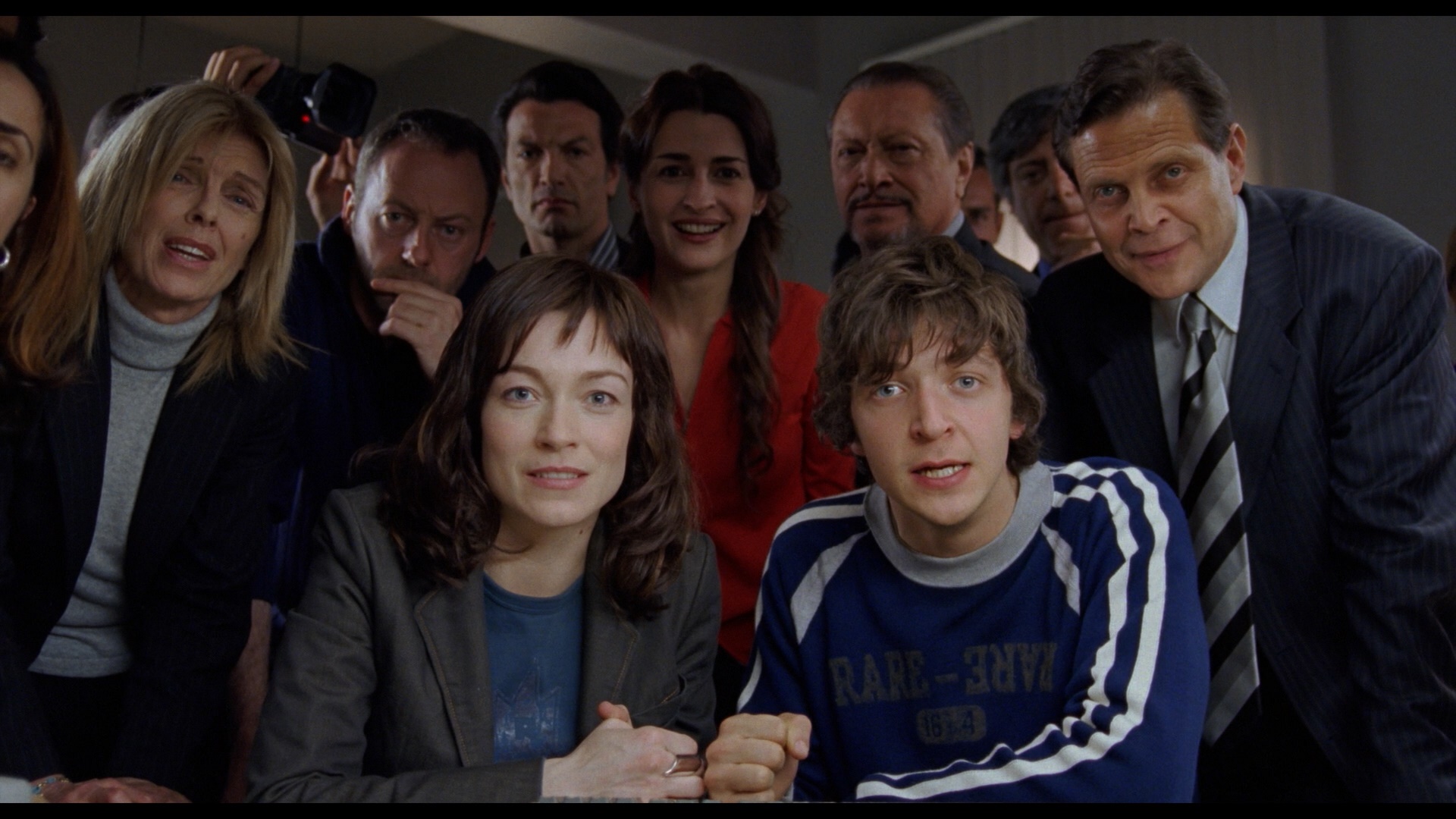 Trauma as well. Unfortunately the DVD still had some pretty significant issues since it was interlaced and taken from a PAL source with all the issues that usually involves (albeit corrected here to run at the correct speed). The English track (which features Rocca and Cunningham's original vocal performances, though pretty much everyone else was dubbed) is presented in 5.1 and 2.0 stereo options, while an audio commentary with Alan Jones is also included. Still exclusive to that release to this day, it's an excellent track and proves once again that Jones (who has spent extensive time interviewing Argento and covering his productions in person for ages) is the one to beat when it comes to tracks about him with tons of detail about the production process and Italian cinema in general at the time. Also included are a "Playing with Death" (13m9s) Argento interview in Italian with English subtitles and a "Maestro with Death" (16m57s) Claudio Simonetti interview, both also exclusive to that DVD to this day. Also included are an English trailer, an Argento text bio, and a promo featurette (9m12s) and a behind the scenes featurette (5m25s), both poorly pulled from PAL sources and playing at the wrong speed. In 2010, Arrow Video bowed the film on British DVD from the same transfer (at PAL speed) with English 5.1 and 2.0 options, the promo and making-of, the trailer, and a reel of trailers for all of Argento's other features to that point (39m27s). The big draw here at the time was the inclusion of the Italian 5.1 track with English (translated) subtitles, which remained the only way to see it that way for a decade. The Italian version may not have the two leads' original performances, 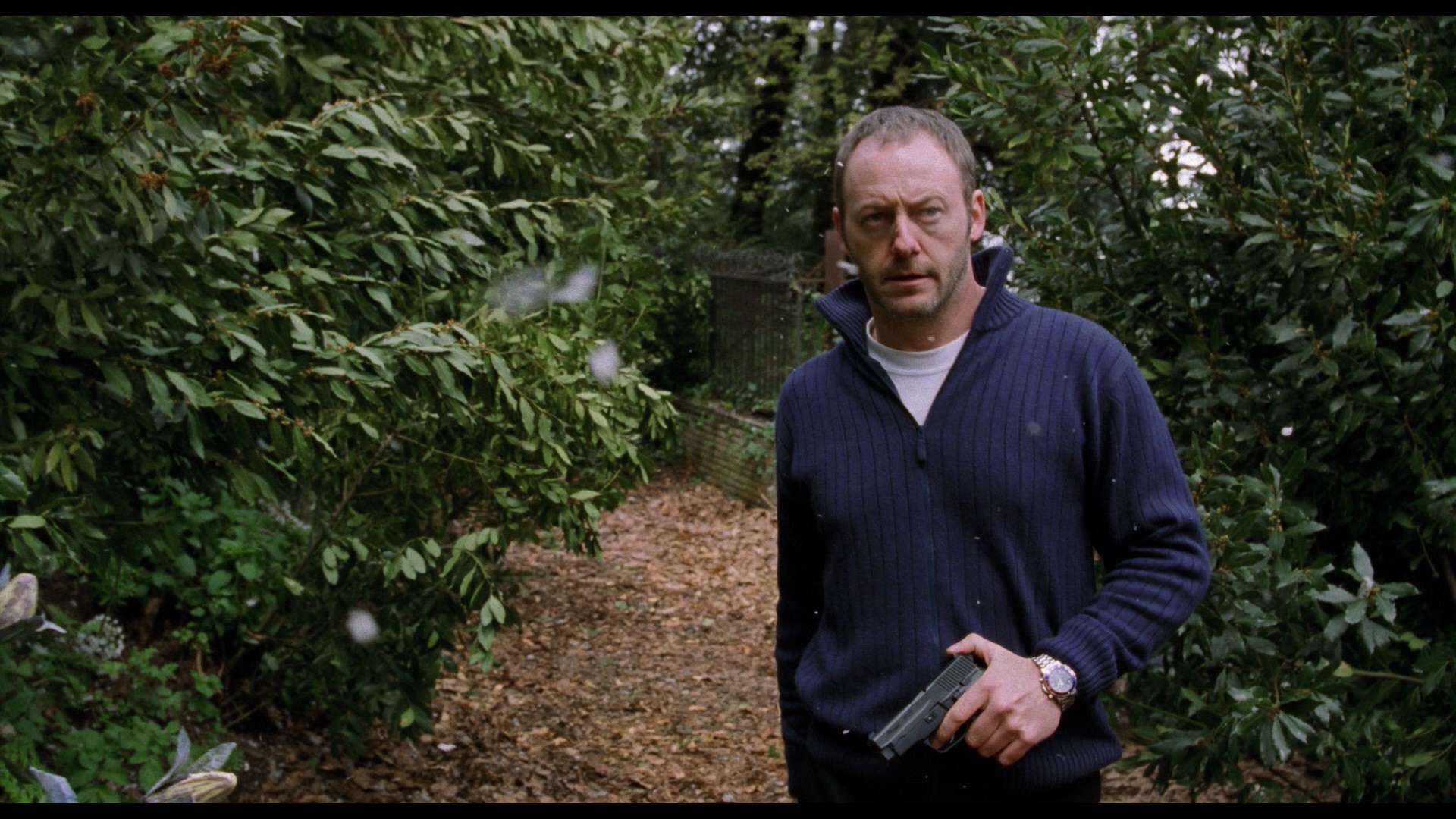 but it's worth checking out as it benefits the supporting cast 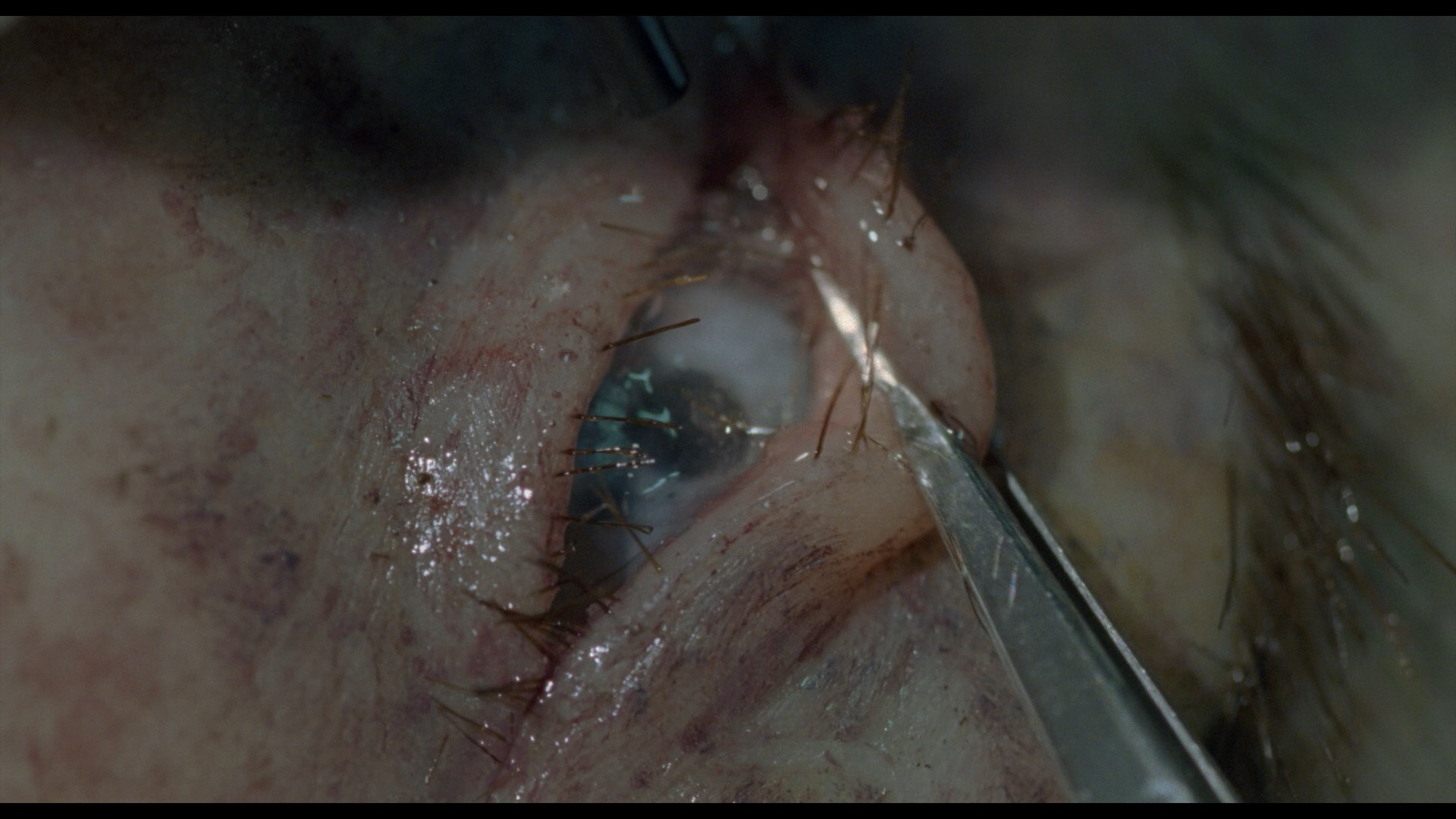 far more and ends up being a bit of a toss up.

In 2012, The Card Player made its first Blu-ray appearance as a limited Blu-ray/DVD mediabook from Austrian company Tonfilm with English and German DTS-HD MA 2.0 stereo tracks and German subtitles. The transfer's HD for sure and opened up slightly to 1.78:1 compared to the 1.85:1 seen everywhere else, but it's hampered by some edge enhancement and inconsistent, somewhat flat colors; most damningly, the German source used here is pulled from an element that had been censored very significantly for local theaters, and the missing bits have been slotted in using the old 1.85:1 standard def source. That means there are some obvious drops in quality for all the nastier shots involving dead bodies (including the water mouth gush) as well as shifts in aspect ratio; see the second frame grab comparison below for an example. Extras on that disc include the promo and making-of featurettes (running the correct speed at 11m54s and 8m50s) in Italian w/German subs, a reel of English-language titles and insert shots (7m30s) for the film versus the Italian ones seen in the main feature (which makes the chat room scenes incomprehensible for English-speaking viewers), and a poor quality 4x3 English trailer. A subsequent German Blu-ray from Sunfilm was also briefly released but was reportedly censored and not available here for comparison.

That brings us to 2020 with the much-needed U.S. Blu-ray edition from Scorpion Releasing, which comes in a limited slipcover edition. Thankfully this sports a fresh HD scan with new, better color timing that brings out a depth and range to many scenes that was lost in past transfers; it's also the only version out there that's HD all the way from start to finish, and it features the English-language titles and computer sequences. The English and Italian tracks are present in DTS-HD MA 5.1 configurations (both sound excellent) with optional English subtitles 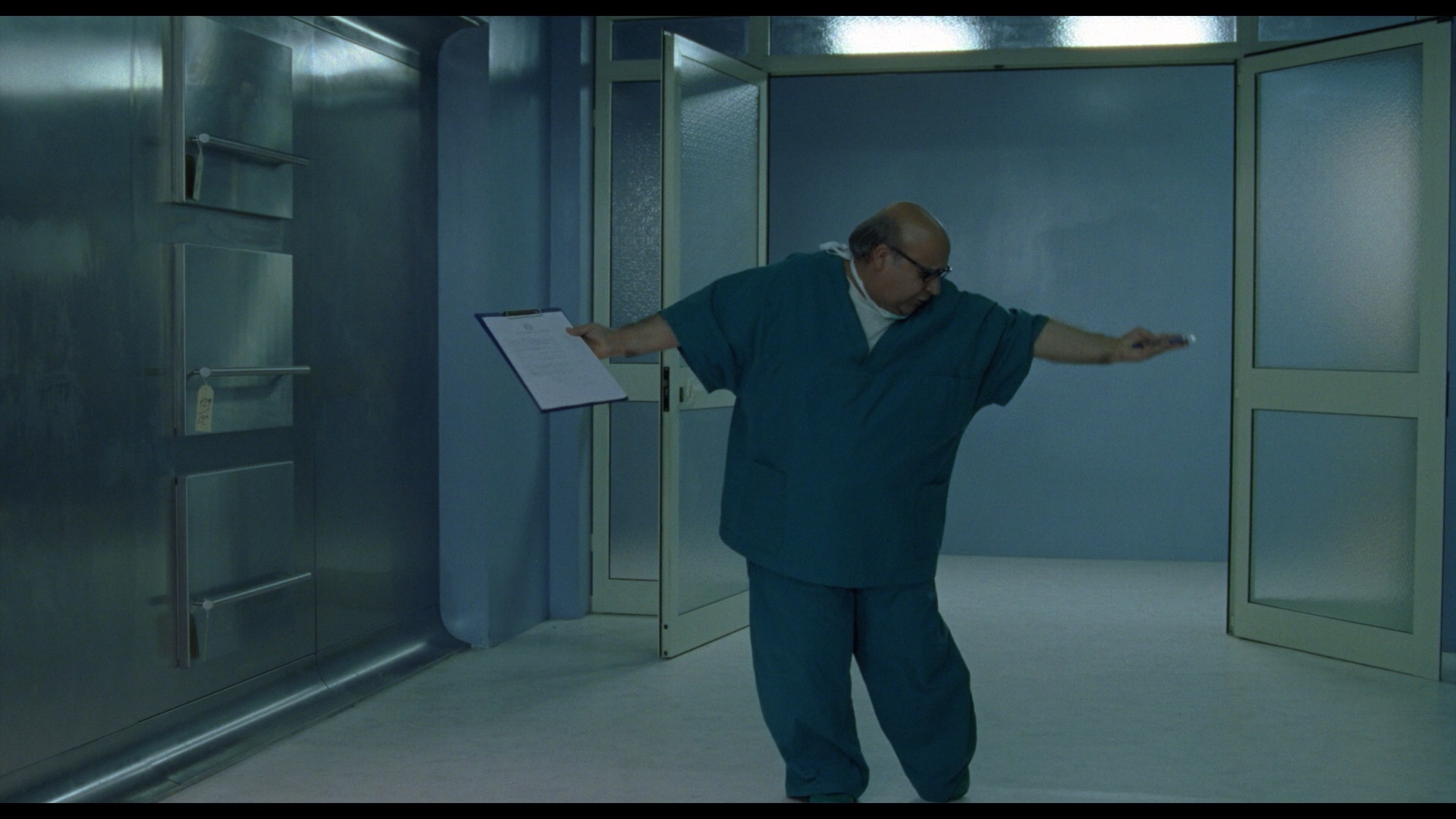 translated from the Italian. A new audio commentary features yours truly and Troy Howarth, which can't be 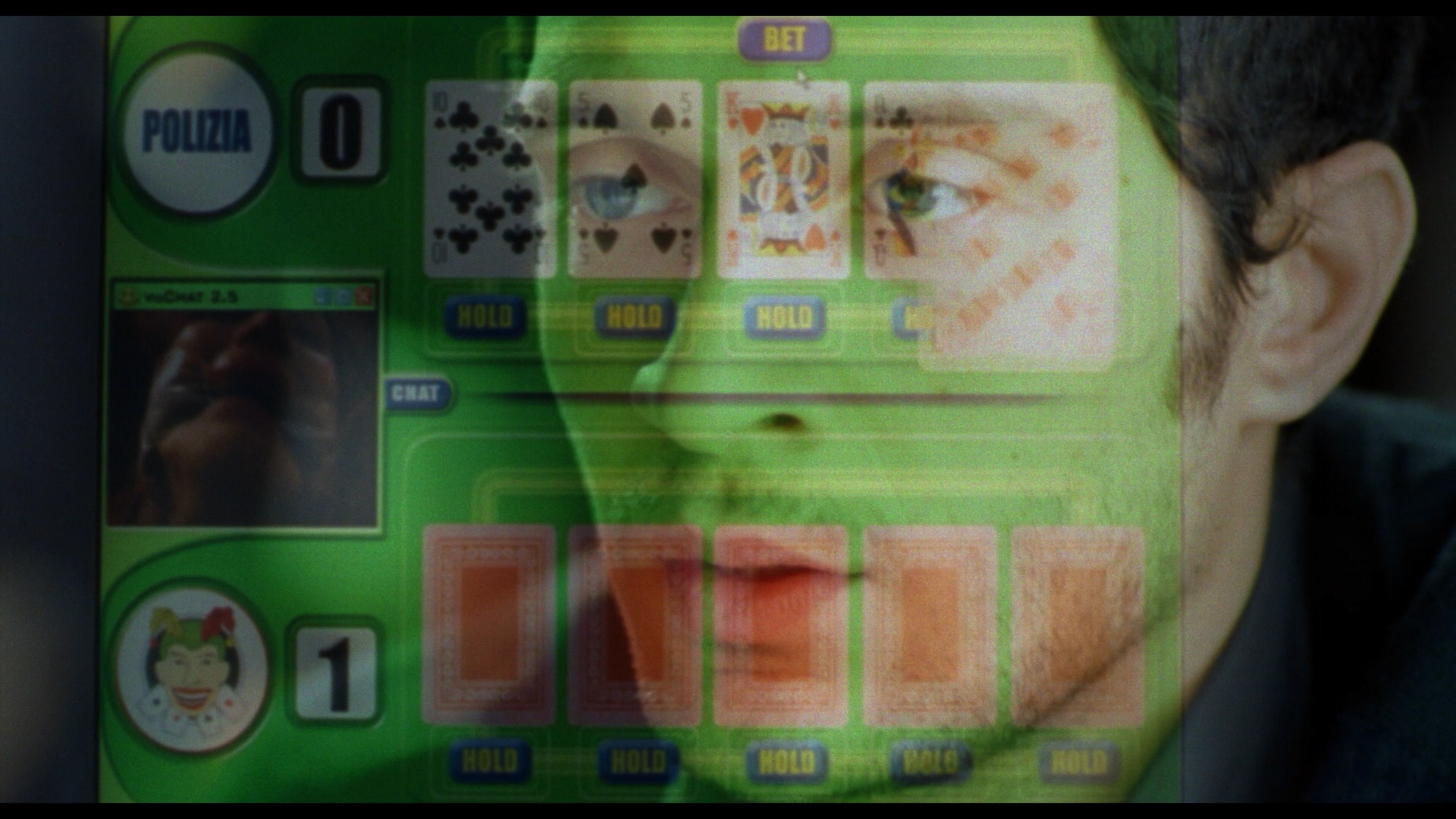 reviewed here for obvious reasons, but hopefully you'll find it worth a listen. In the new featurette "Watch Me When I Kill" (17m44s), Argento chats about his research into police life to prep for the film, the filming around Rome's suburbs, an aborted plan to film in Venice, the original casting of Asia Argento that fell through when she went to America, the filming of Cunningham's drunk scene, the visual influence of Lars von Trier and the Dogme 95 movement (with very minimal use of artificial lighting), and his enjoyment of working with Rocca. The interview also incorporates quite a bit of the behind the scenes footage, though those pieces aren't here in their original form; it's also safe to say that this is the only Argento interview that incorporates a poster for Spring Breakers. In "Taking Risks" (8m45s), regular Argento screenwriter Franco Ferrini talks about the genesis of the story with a real-life crime involving a gambling serial killer (which was also made as a TV movie by Michele Soavi), his study of risk taking with a psychiatrist, the original Venetian location, the reason one actress ended up being cut from the film, and some other options he explored for the killer's identity that remain in the finished product. "A Chip and a Chair" (11m59s) with set designer Antonello Geleng also touches on the Venice angle, the various directors of photography Argento used over the years, and the rewarding challenges of pulling off the cat and mouse scene in Anna's apartment. Finally, "Game Over" (8m31s) catches up with Fiore Argento (who reunited with her father on this film after getting killed off years earlier in Phenomena and Demons), including her thoughts on the visual perception of her character as an "element of light" and the strange circumstances of being tied up and gagged in a dentist's chair, as well as a helpful gesture Cunningham performed for her during a key scene. 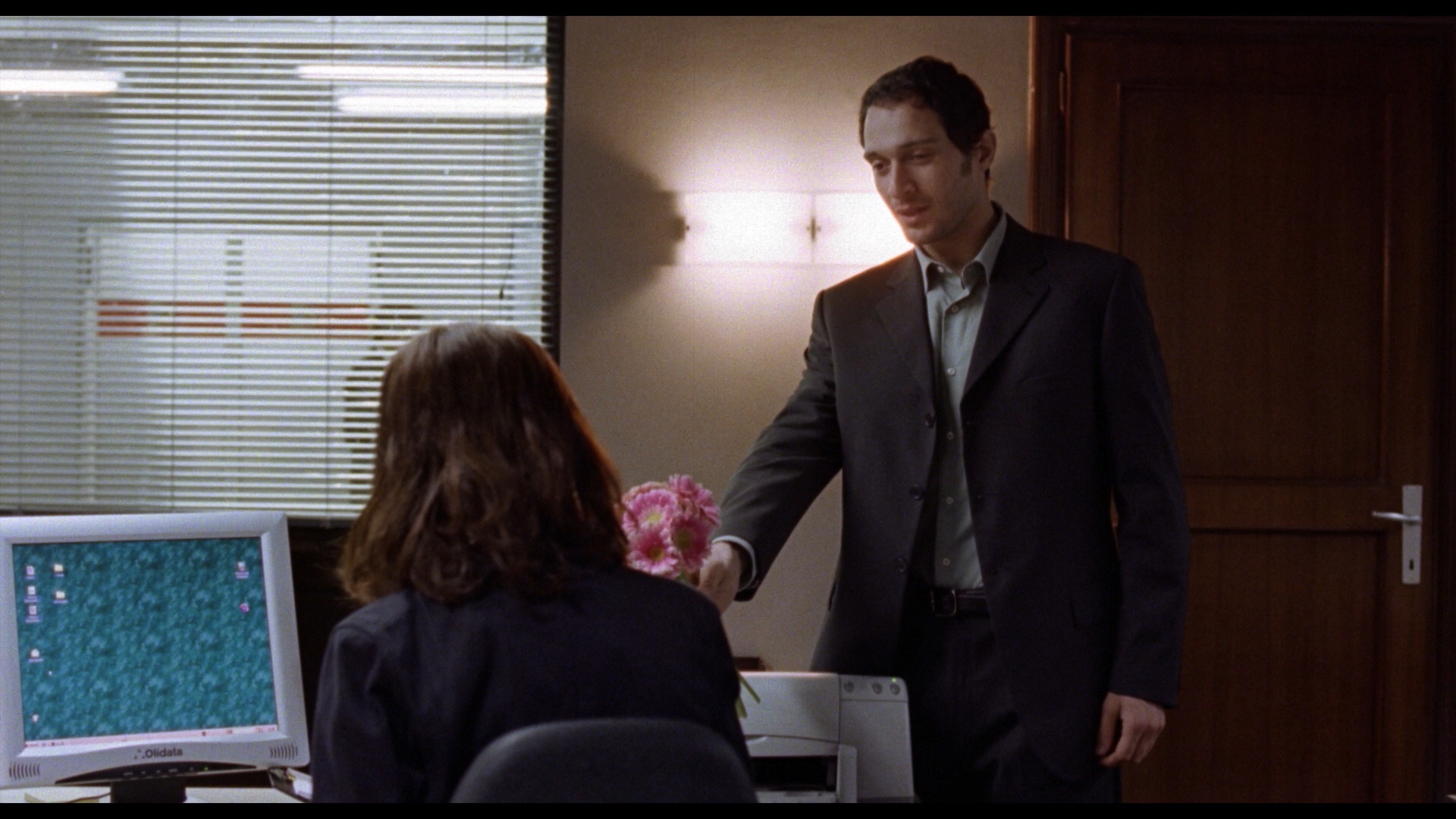 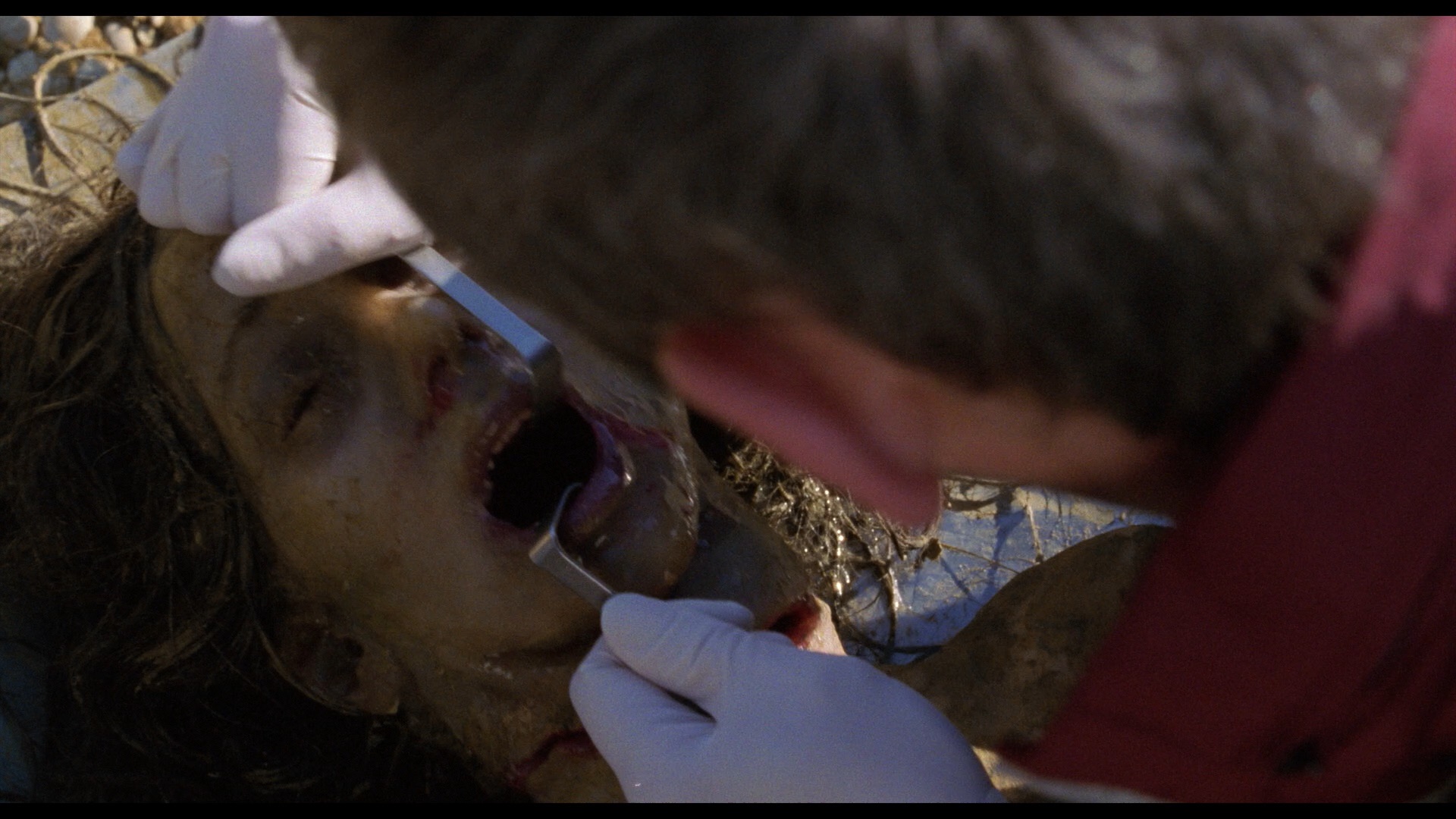 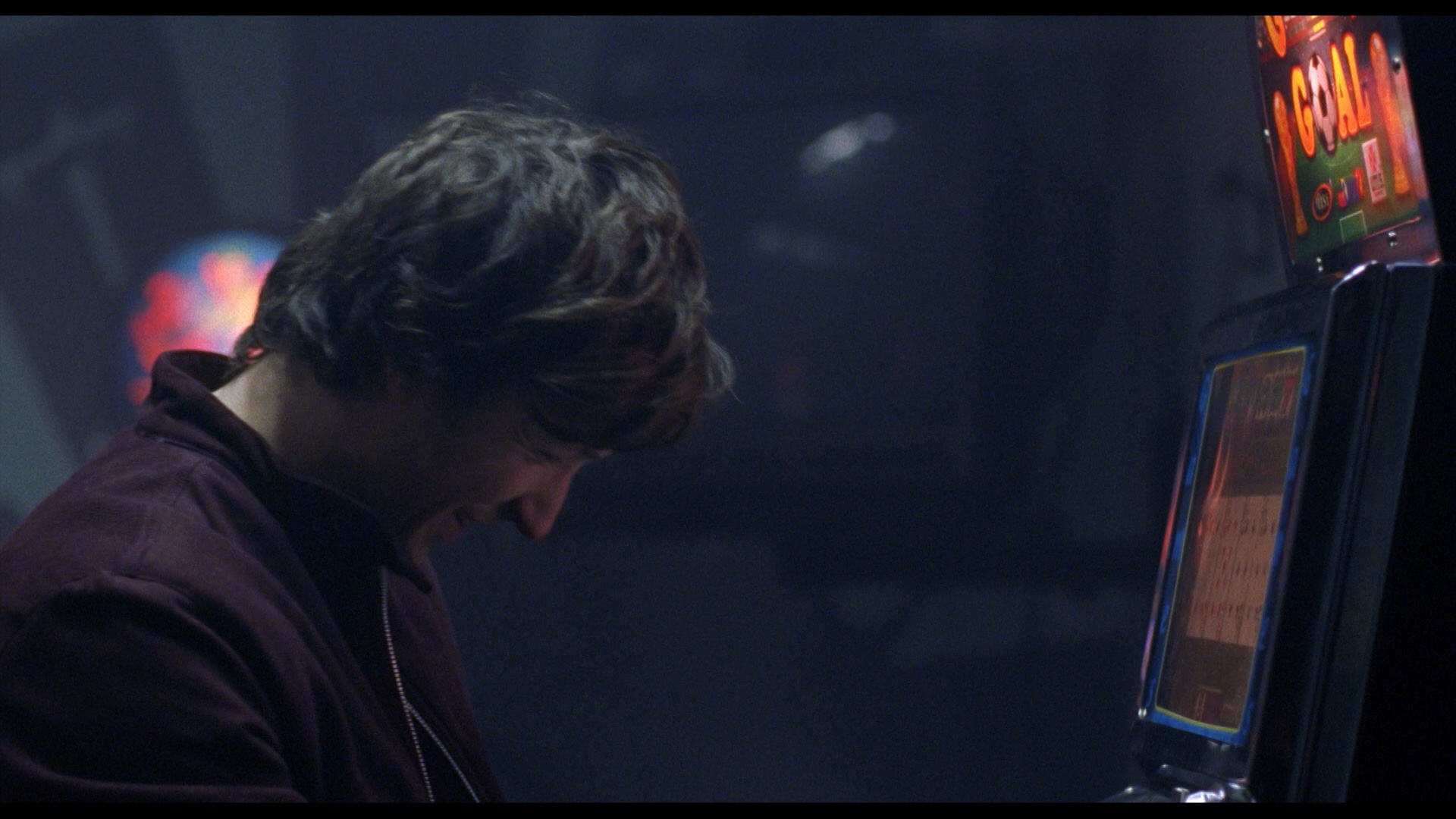 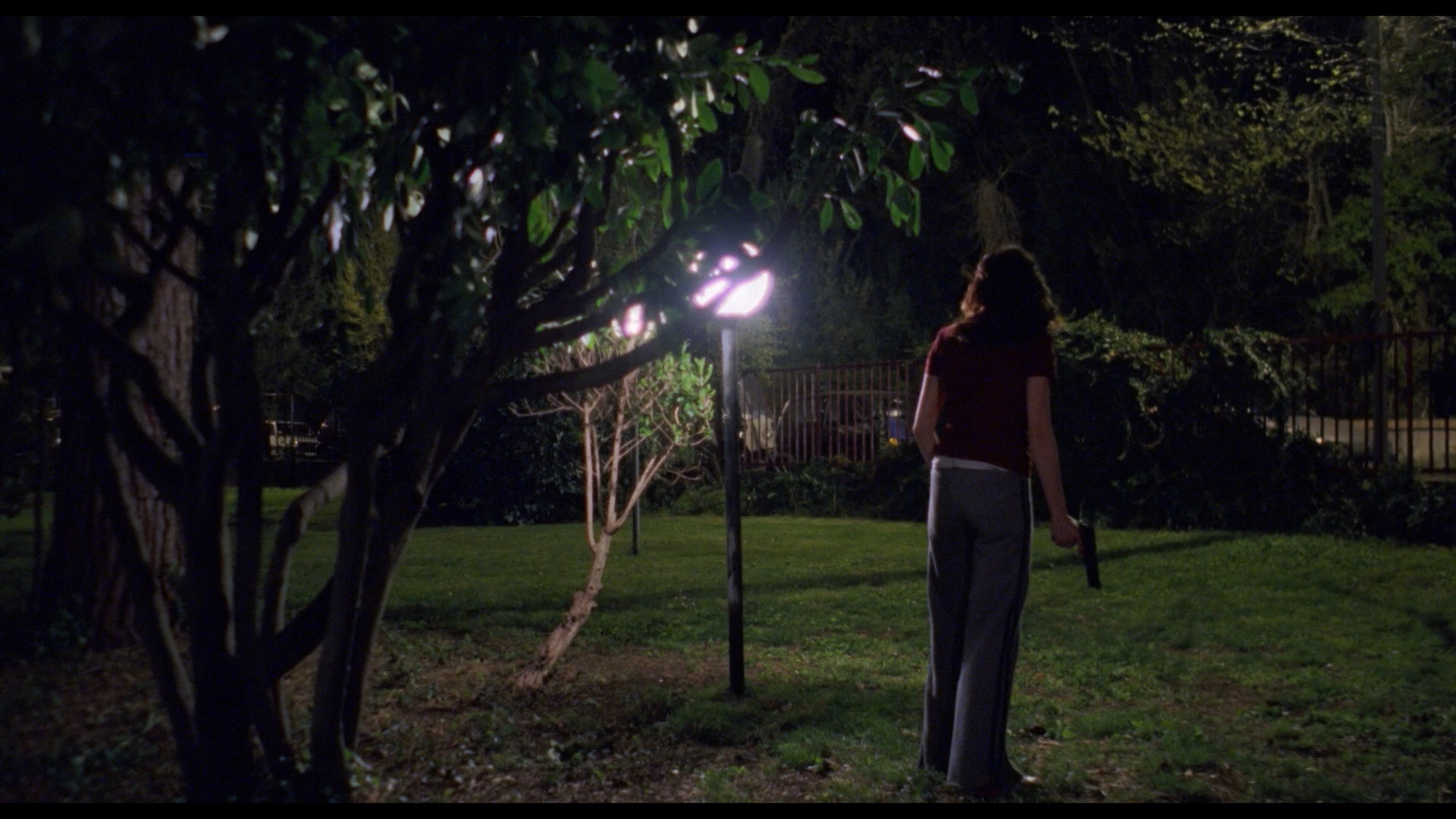 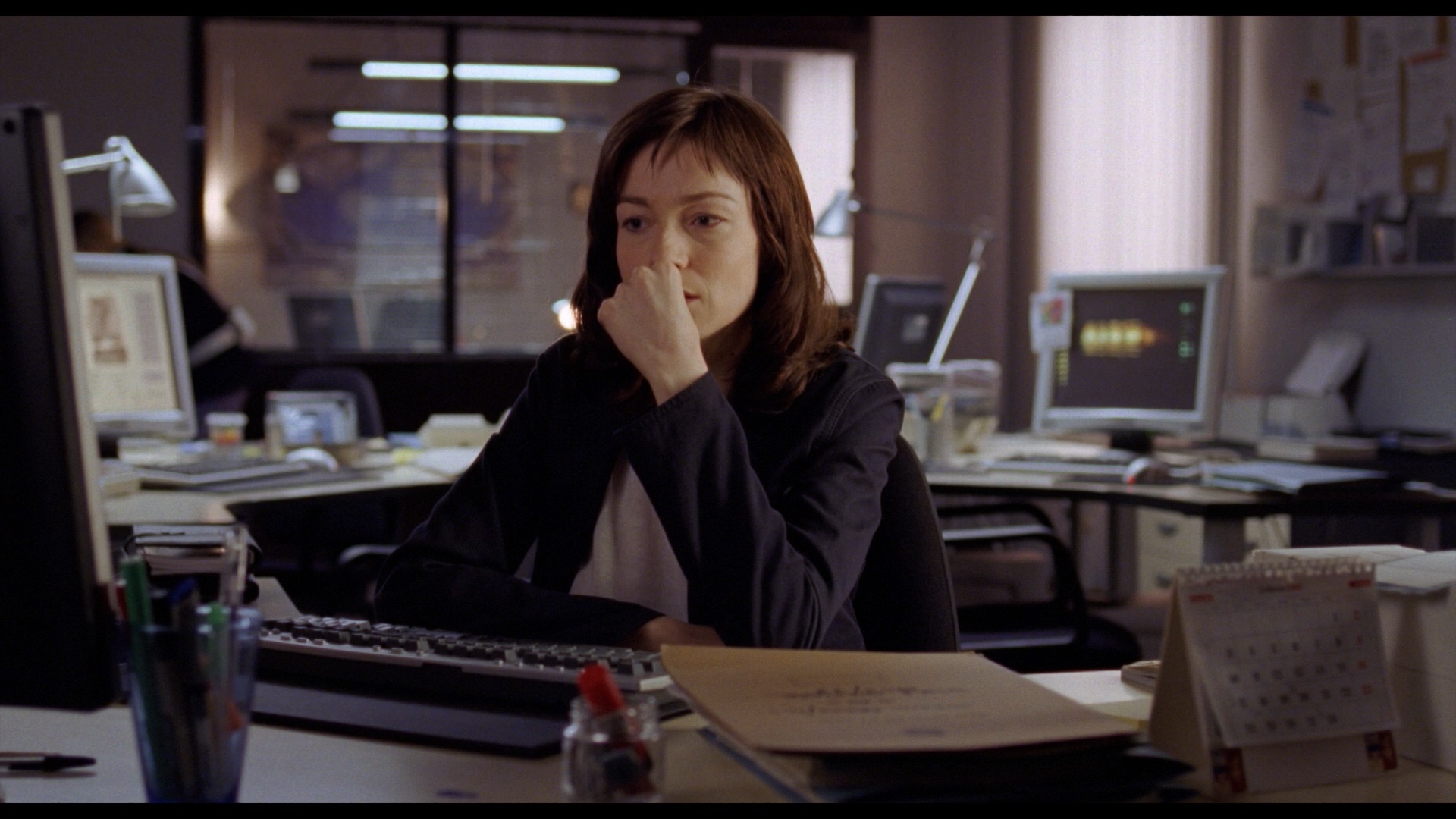 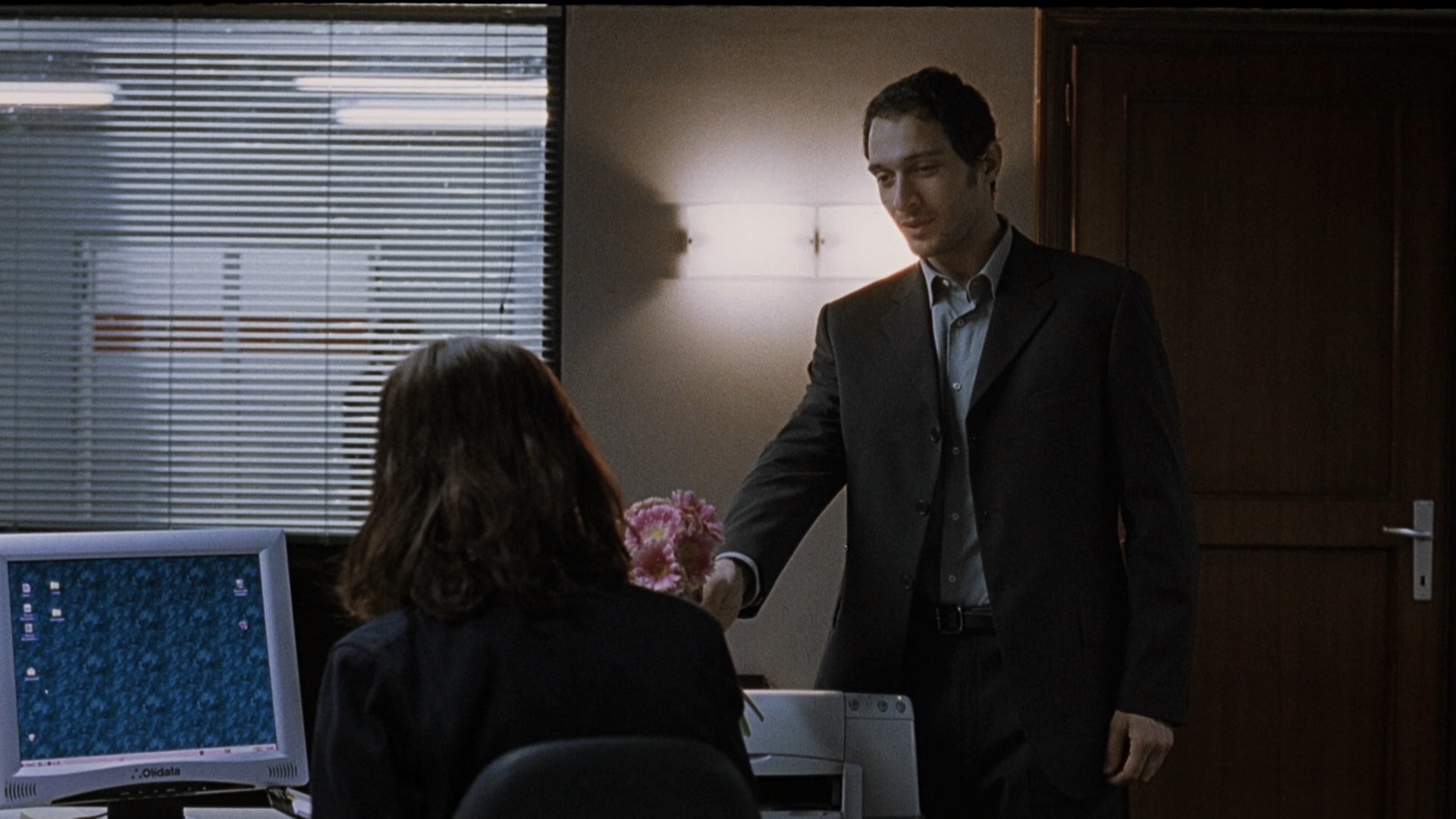 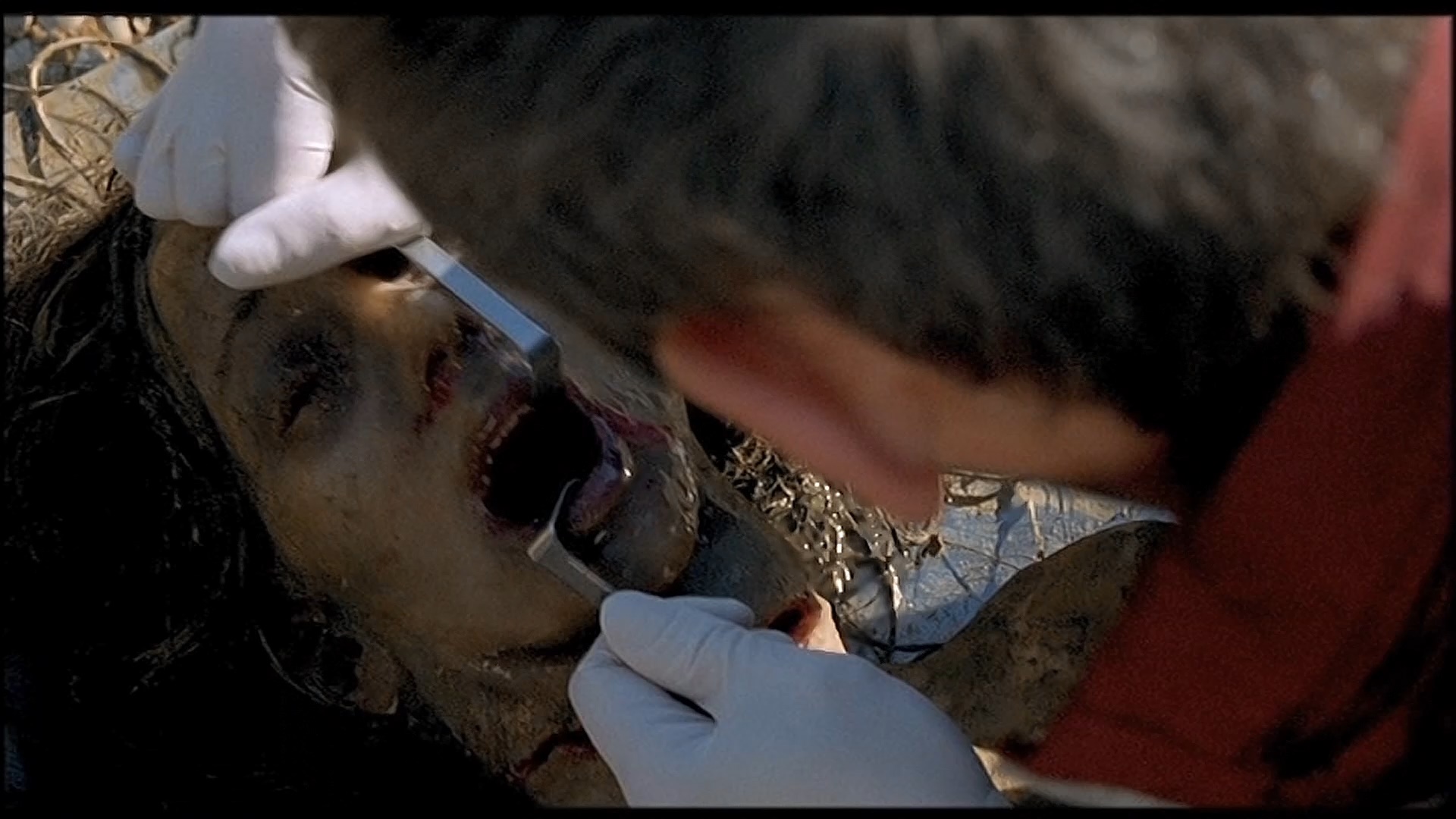 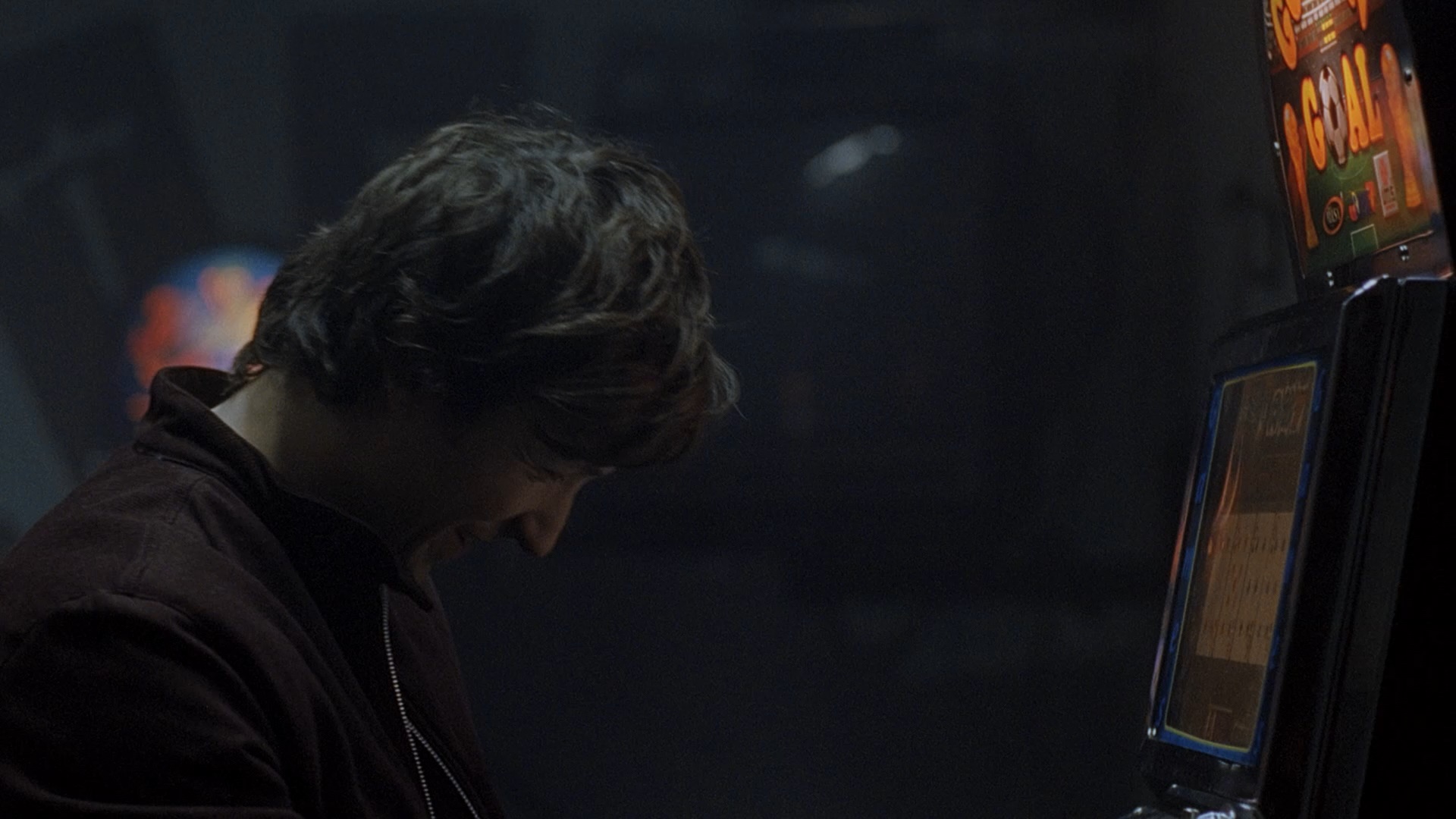 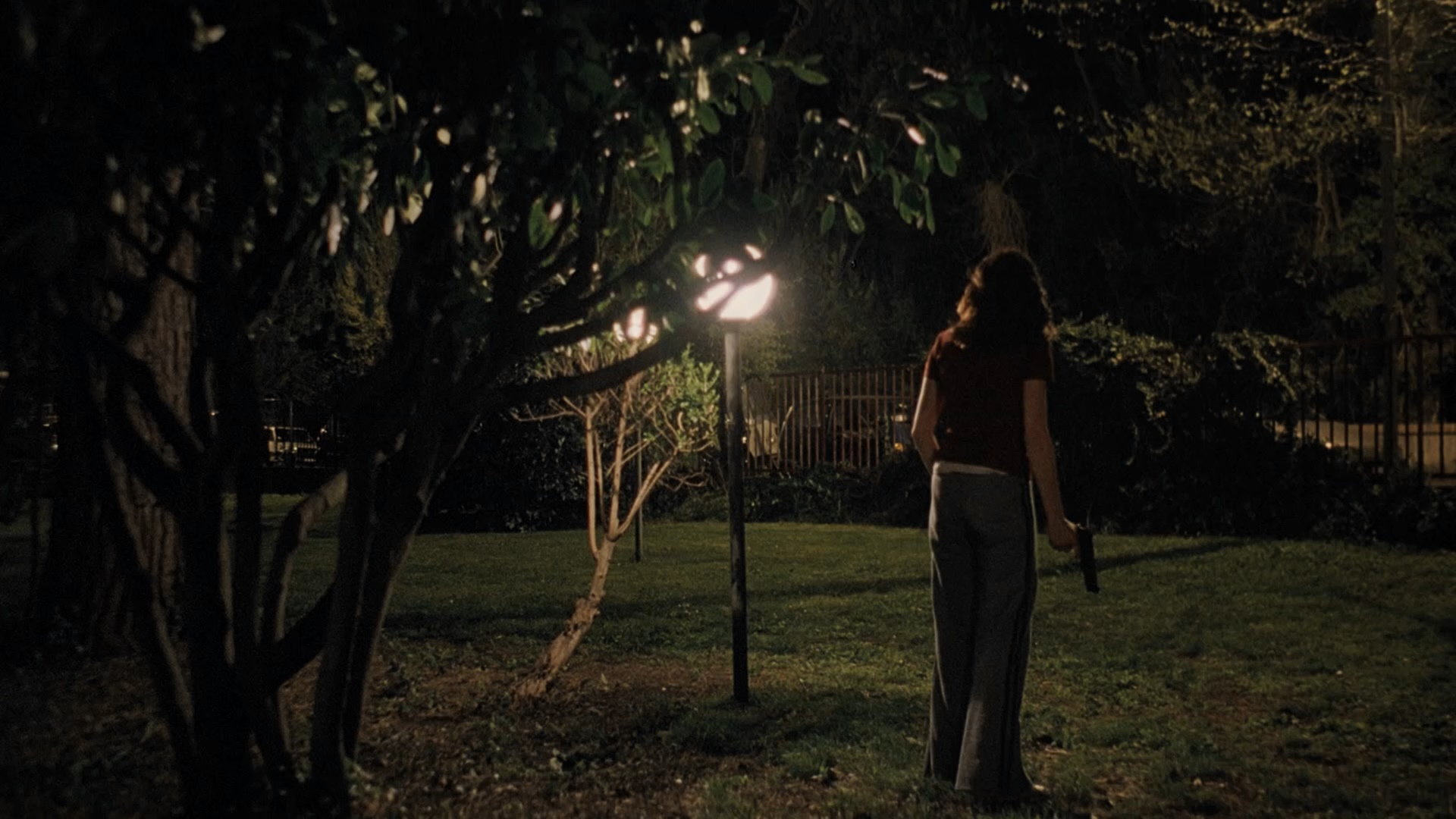 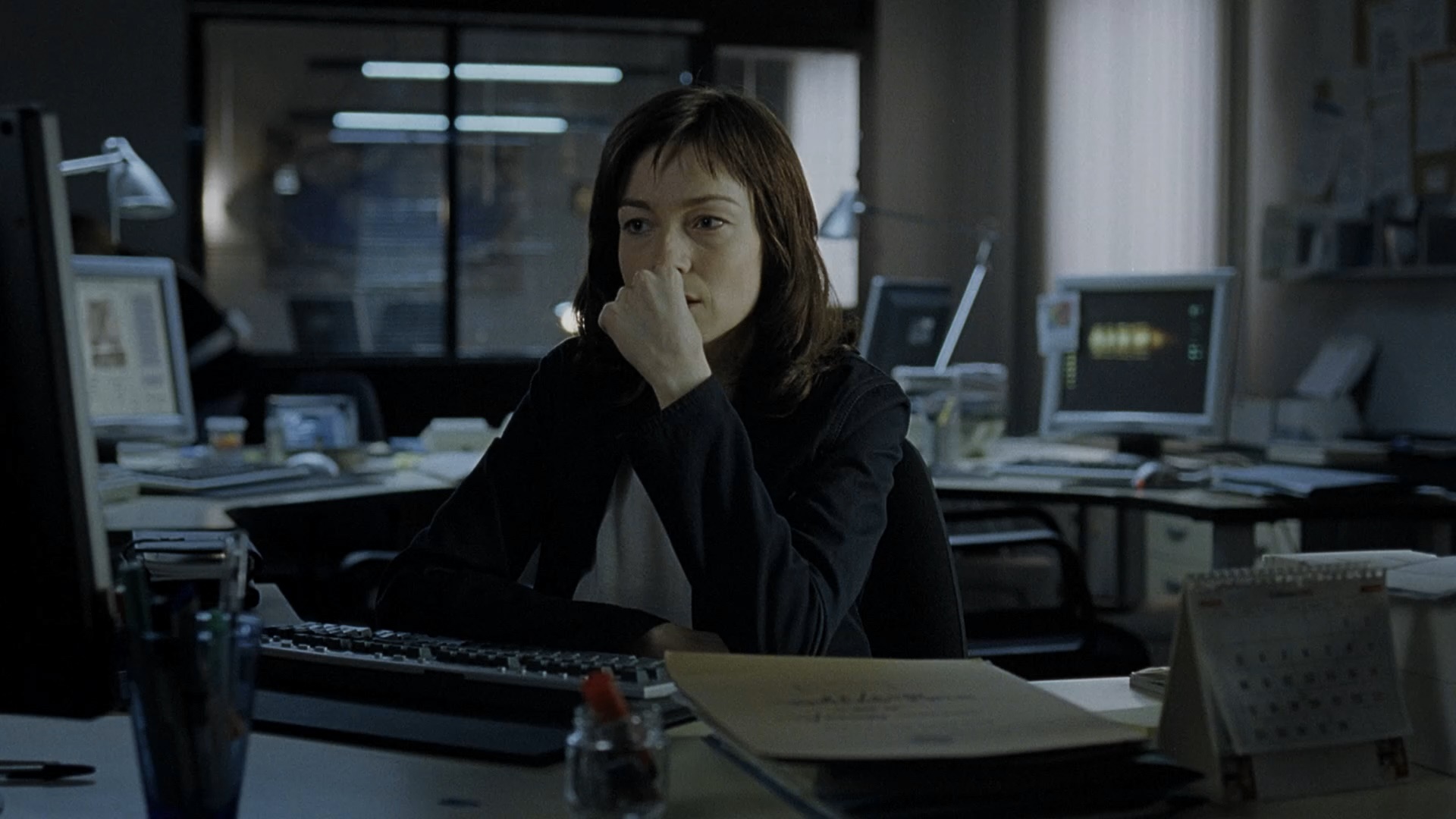 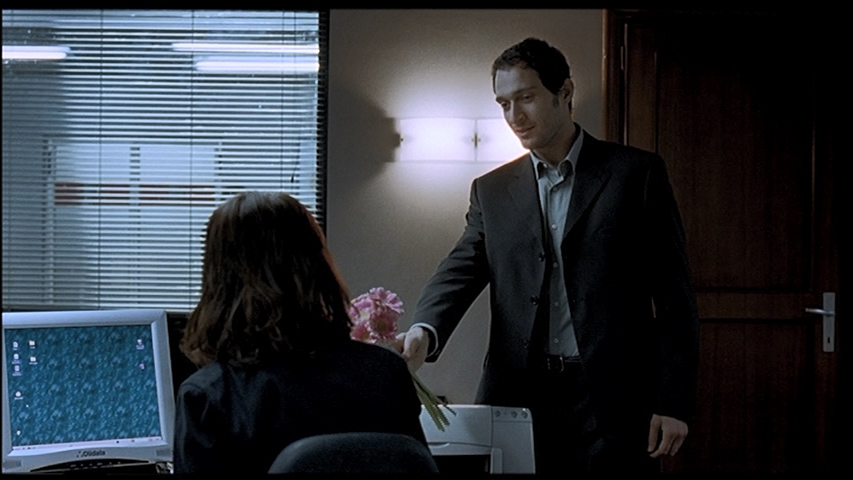 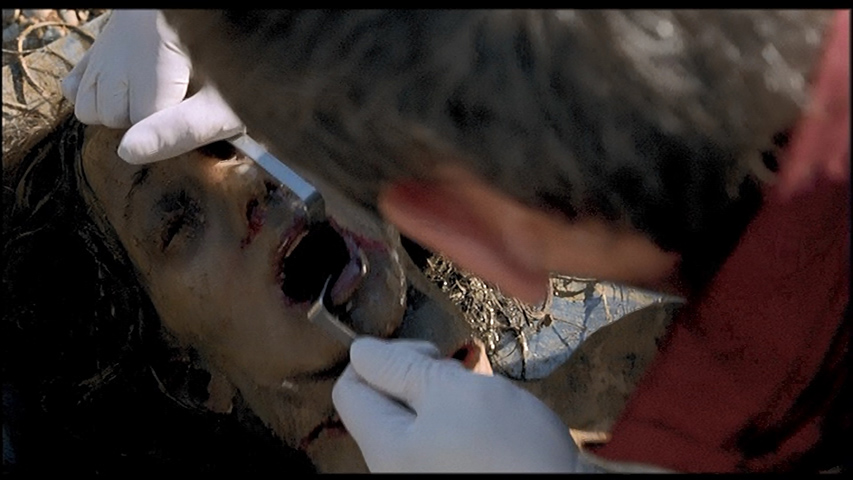 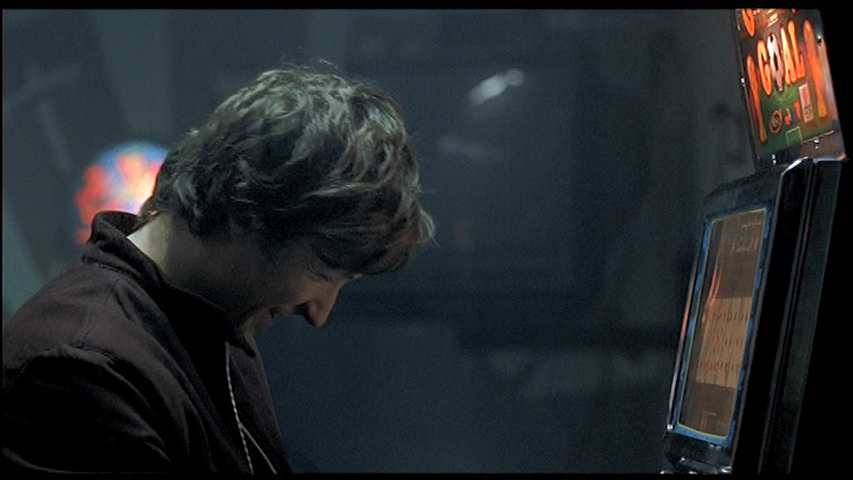 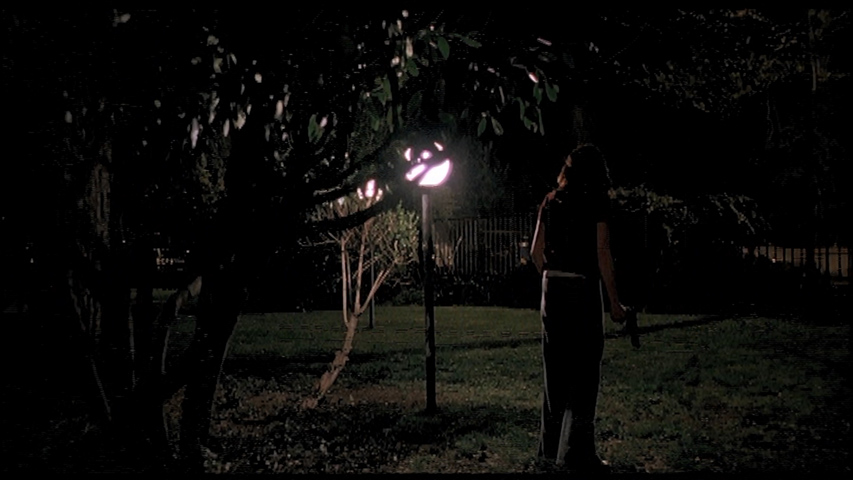 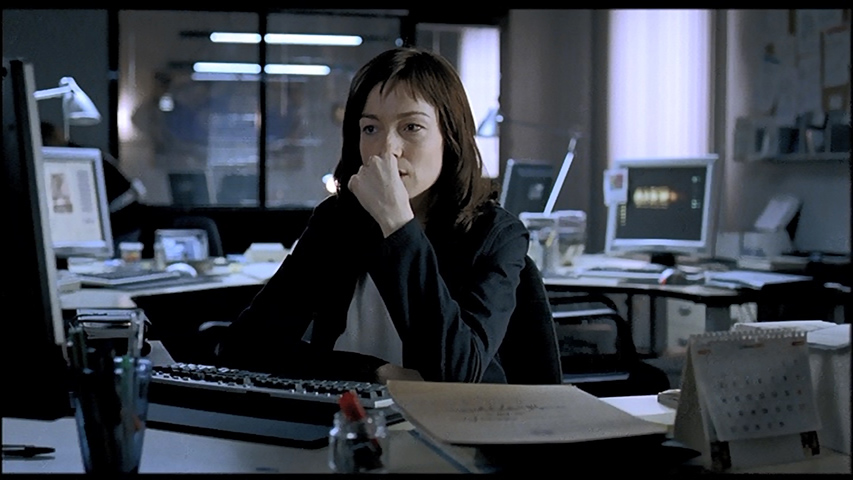 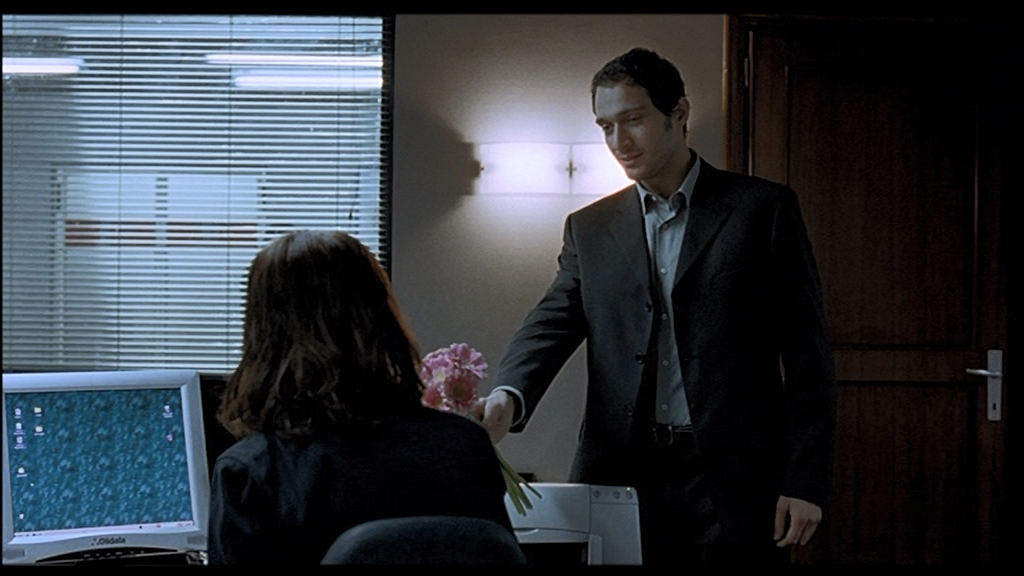 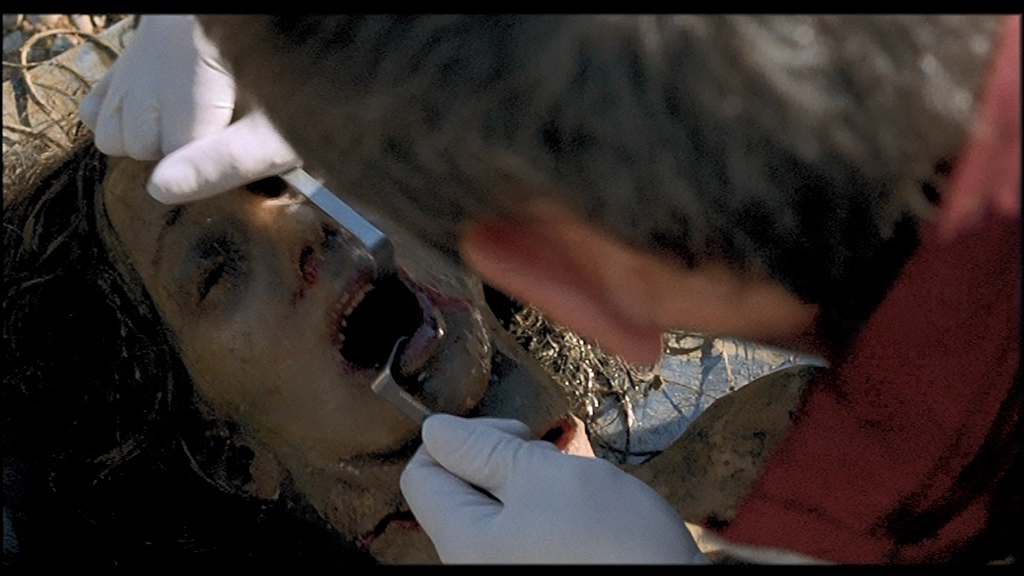 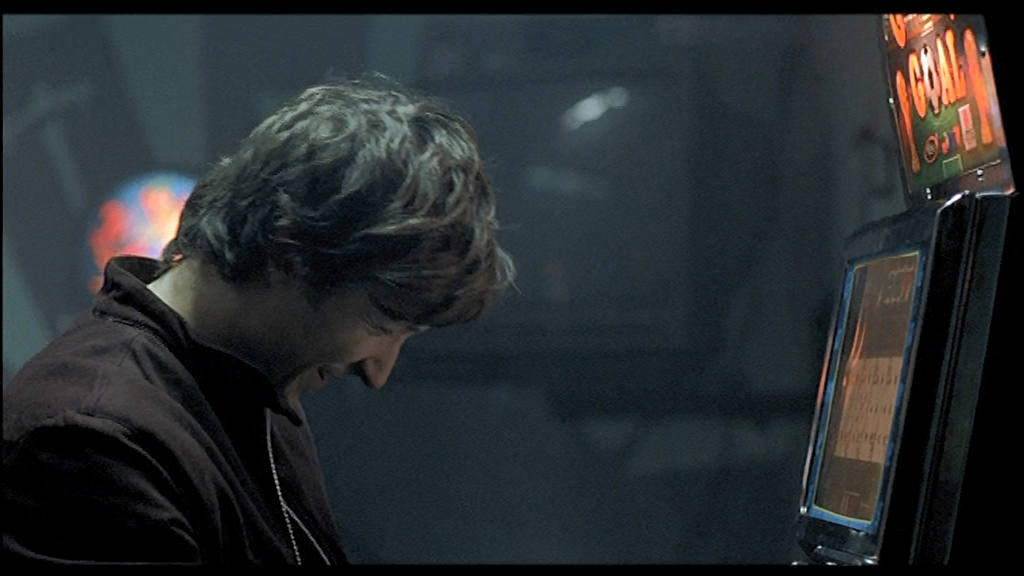 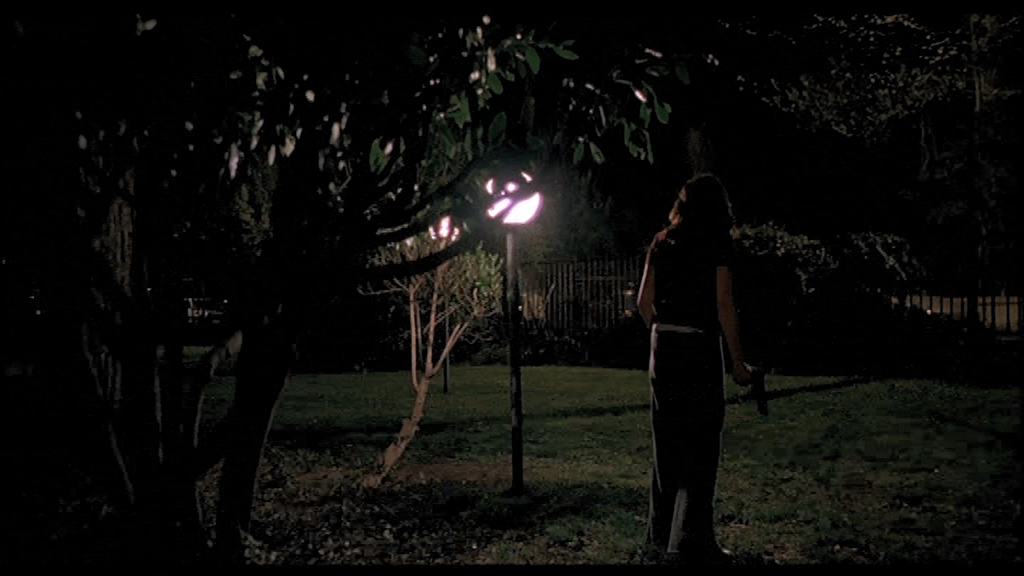