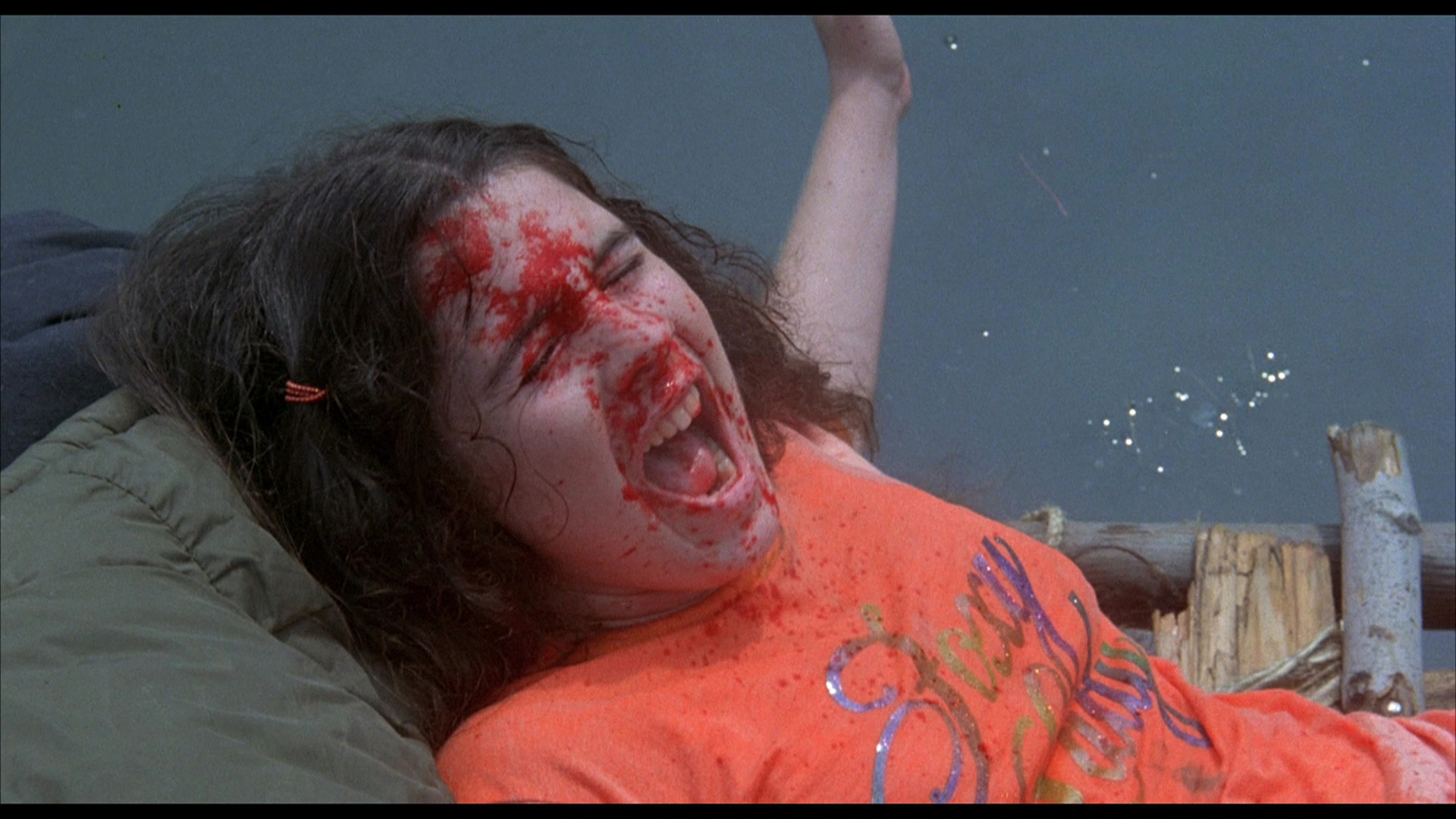 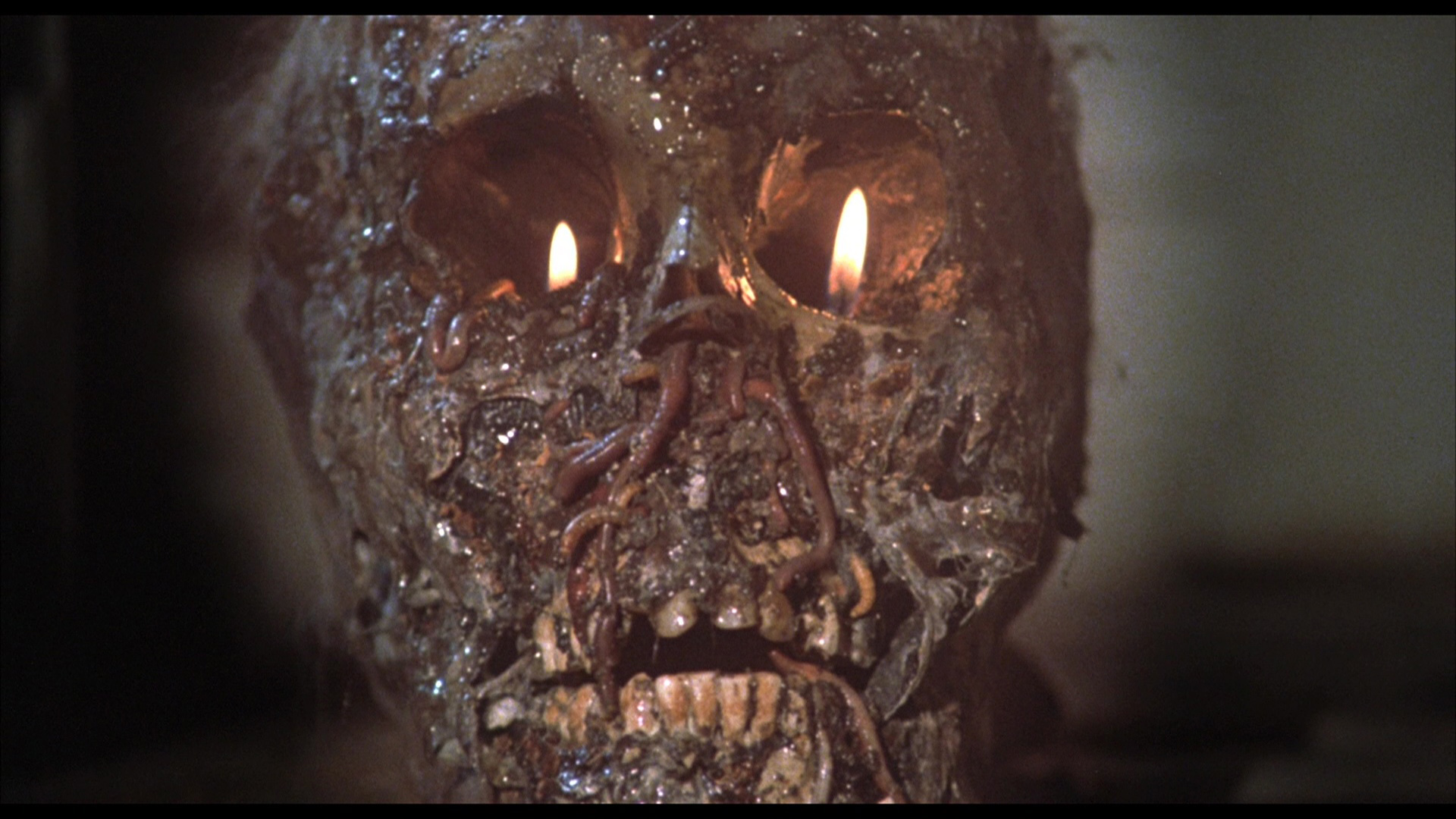 The slasher boom that really ignited with Friday the 13th also created that much-loved sub-subgenre: the summer camp slasher movie, among which The Burning stands as the bloodiest and most ferocious... at least in its uncut form. In 1981 the MPAA had a huge axe to grind with slasher films, insisting on extensive, destructive edits to this film and others like My Bloody Valentine and Friday the 13th Part 2. When dedicated horror fans finally laid eyes on the uncut version of The Burning first via copies of a Venezuelan VHS, its reputation soared as one of makeup artist Tom Savini's most outrageous achievements with its now-legendary raft sequence standing as a classic slasher sequence.

When a mean-spirited summer camp prank involving a worm-infested skull with candle eyes goes awry late at night, handyman Cropsy ends up horribly burned and confined for years to an institution. Five years later, he's released in less than ideal condition onto the streets with rage in his heart and murder in mind. After testing the waters by sinking a pair of scissors into a prostitute's abdomen 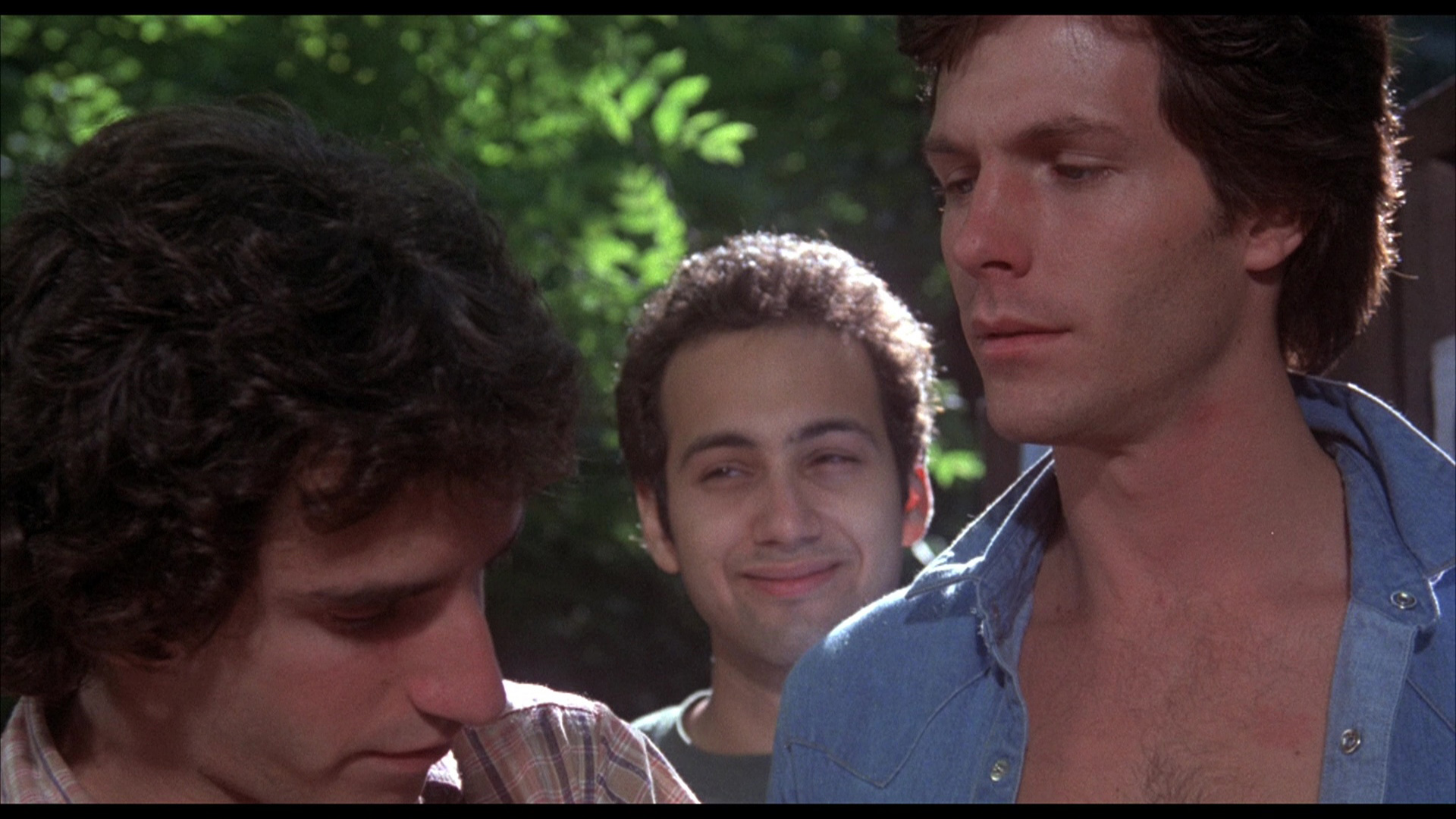 (perhaps the most Lucio Fulci-esque scene in an American slasher), Cropsy heads back to the scene of the crime where a fresh selection of campers and counselors is enjoying the start of summer. One of the chief counselors, Todd (Matthews), tells the campfire story of Cropsy to the nervous campers, who are otherwise occupied with horseplay and canoeing all day... but of course, the danger turns out to be all too real as the woods soon run red with blood. 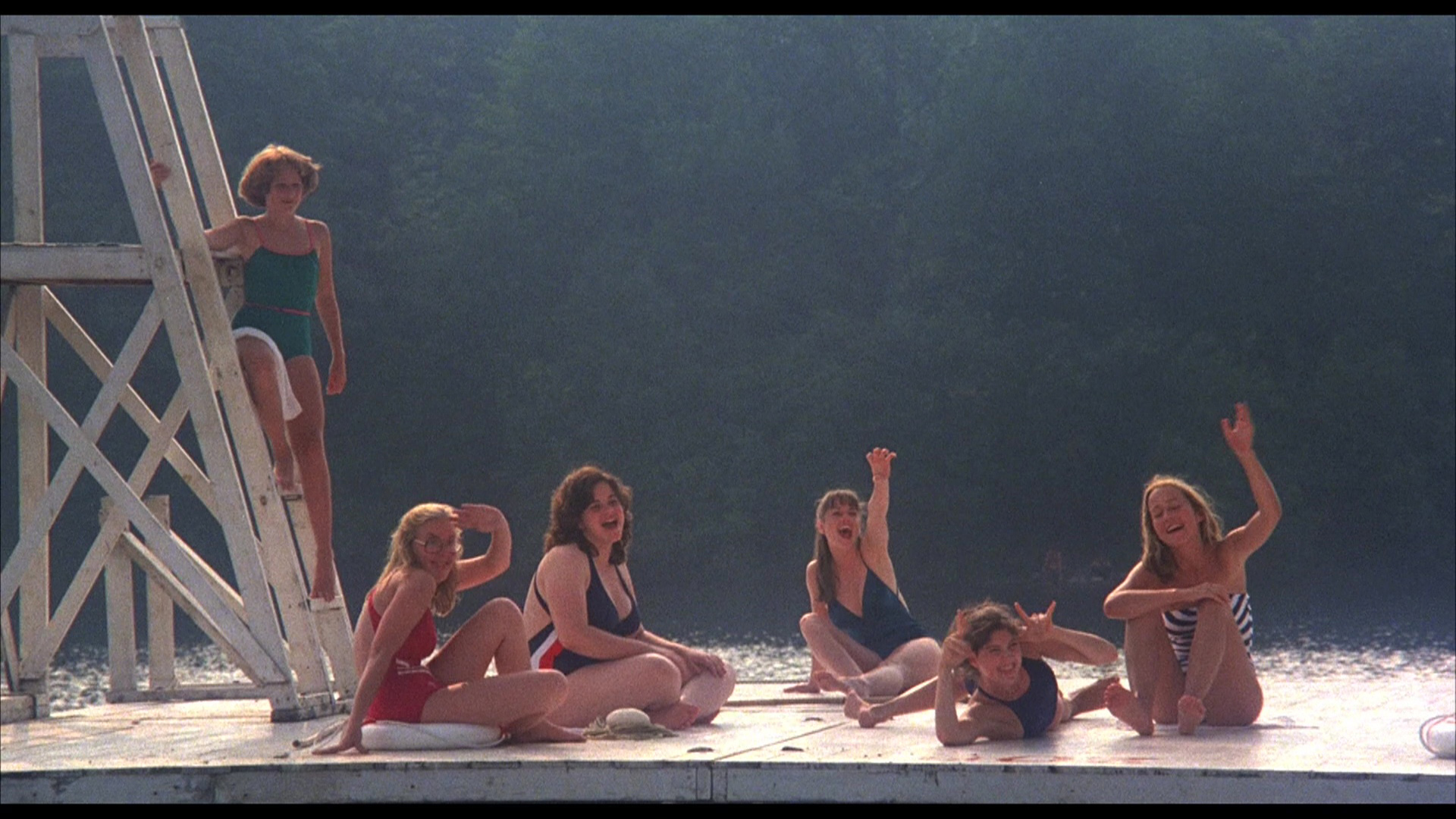 From a pop culture standpoint alone, The Burning is fairly astonishing thanks to its early appearances by Jason Alexander (years before Seinfeld, and with a full head of hair), Fisher Stevens (who gets the film's most memorable moment and would go on to Short Circuit and an Oscar win for the documentary The Cove), Brian Backer (his debut here before going on to Fast Times at Ridgemont High), and if you look fast enough, a very young Holly Hunter. This marked the first official release for Miramax Films, with Harvey Weinstein coming up with the story concept, and the pounding, catchy prog rock film score was written by none other than Rick Wakeman, in between his Ken Russell gigs on Lisztomania and Crimes of Passion. The film's editor was New Line workhouse Jack Sholder, who would soon go on to direct his own slasher films, Alone in the Dark and A Nightmare on Elm Street 2: Freddy's Revenge. So with that kind of talent, how is the film itself? It's fun; a lot of fun. The plot doesn't really go anywhere new, but the execution is so lively you won't care as the shock sequences manage to go way past your expectations. It's 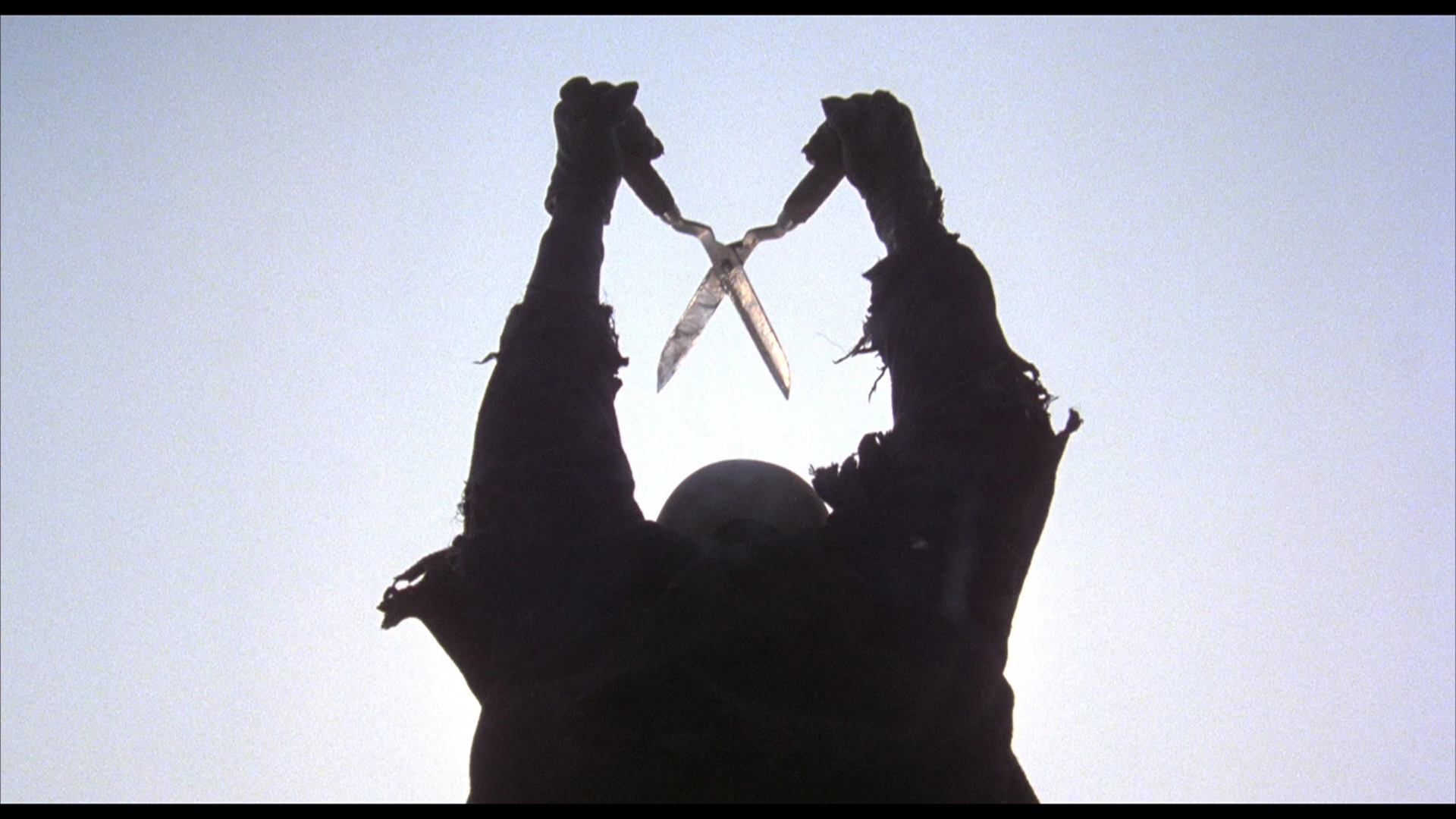 also worth pointing out that the film belies the final girl tradition people like to slap on the subgenre by featuring not one but two final boys instead, which works better than you might expect. It's also proof against the whole "have sex and die" label slapped on these films, something critics generalized about the trend that has somehow stuck over the decades despite many examples to the contrary. In short, it's essential viewing for anyone interested in the '80s horror genre's most notorious and now beloved movement. 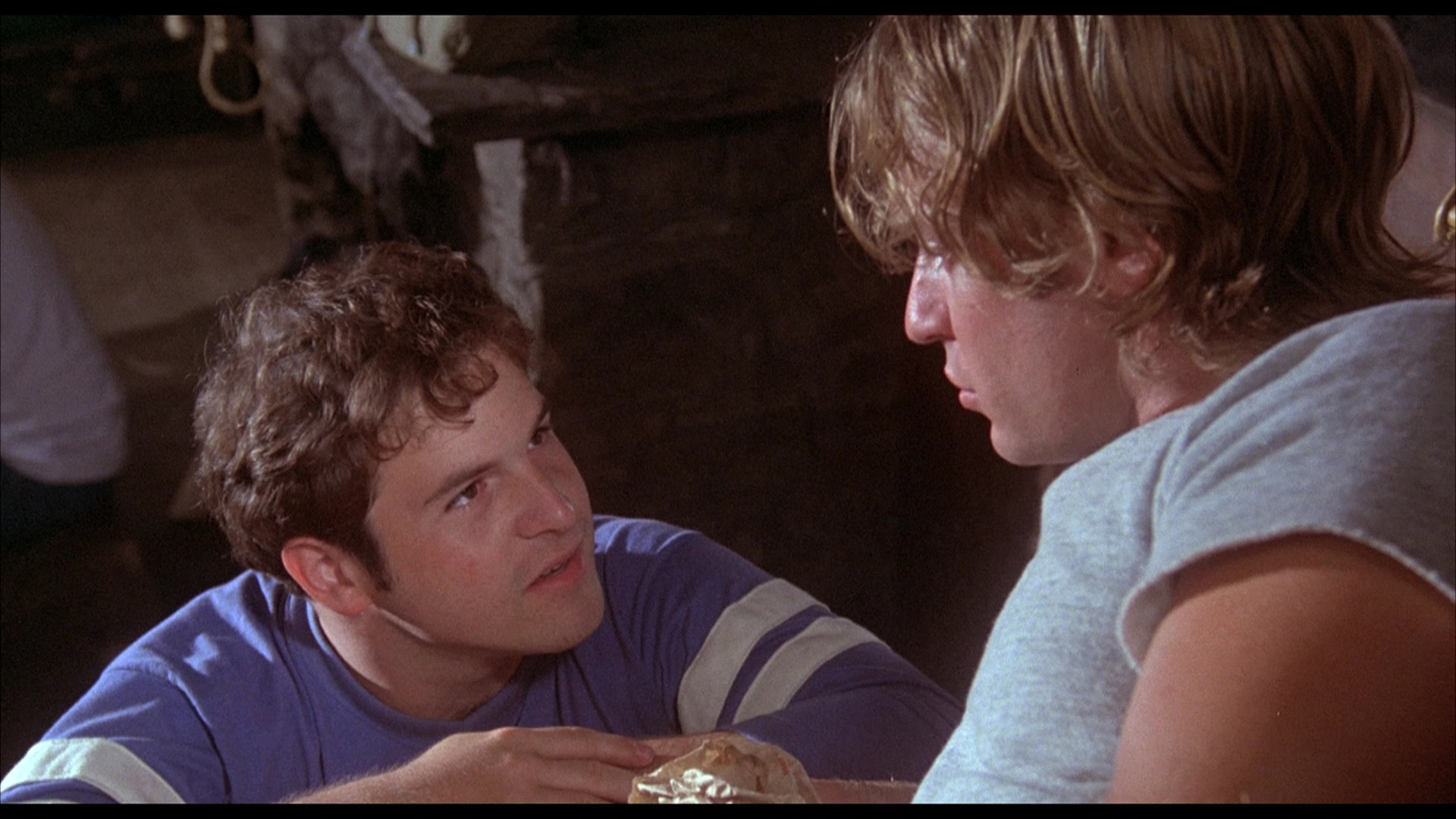 Initial VHS releases and an early Vipco UK DVD of this film were all mangled so badly the film barely made any sense, with audible jumps in the soundtrack and almost all of the blood completely excised. That Venezuelan tape created a huge demand for the uncut version, which finally materialized when MGM inherited the rights and issued an uncut version on VHS exclusively via Amazon in 2001. The uncut version made its widescreen debut as an MGM DVD in 2007 during the studio's welcome push to release special editions of its key horror titles, complete with the trailer, an audio commentary with director Tony Maylam and film writer Alan Jones, and a solid 18-minute featurette with Tom Savini, "Blood 'n' Fire Memories," about jumping into this film and coming up with elaborate latex and blood squib illusions to rival his work in Friday the 13th and Maniac. Even better was the film's presentation as an early Blu-ray from Scream Factory (its 15th title) in 2013, sporting a nice improved presentation of MGM's impressive HD master and a fine DTS-HD MA English mono track with optional English subtitles. All of the extras from the DVD are ported over while new editions include a fun second commentary with actors Shelley Bruce and Bonnie Deroski 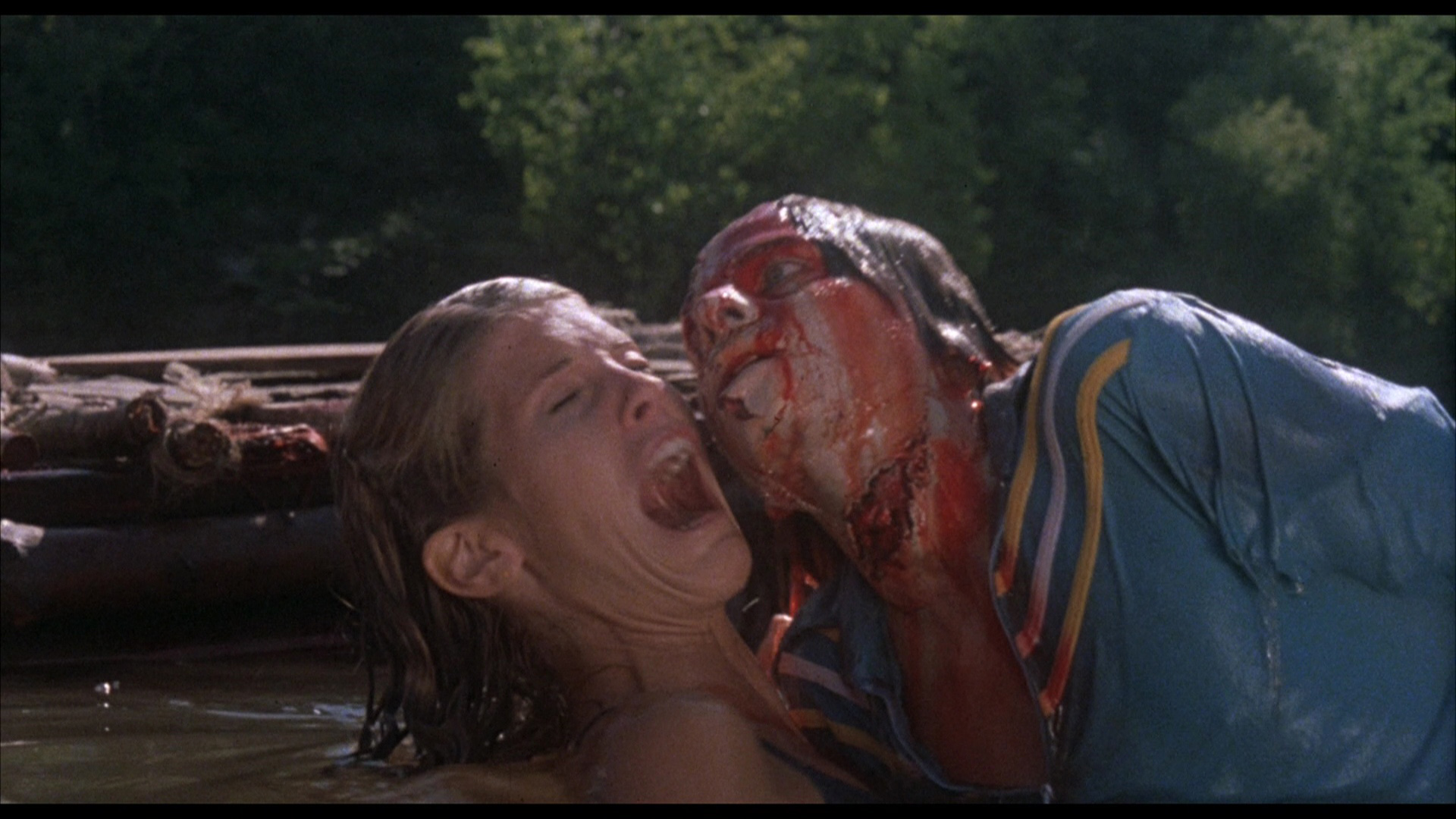 (who are pretty casual and giddy throughout), a gallery of posters and stills, a gallery of makeup effects work, 8 minutes of behind-the-scenes footage, and three new featurettes. In "Slash & Cut" (12 mins.), Sholder talks about his roundabout path to getting into the film business via various crafts; actor Lou David recalls playing the title killer mostly under a ton of latex in "Cropsy Speaks" (11 mins.); and star Leah Ayres chats about playing one of the older summer camp characters and being a young up-and-coming actress and theater performer in "Summer Camp Nightmare" (6 mins.). 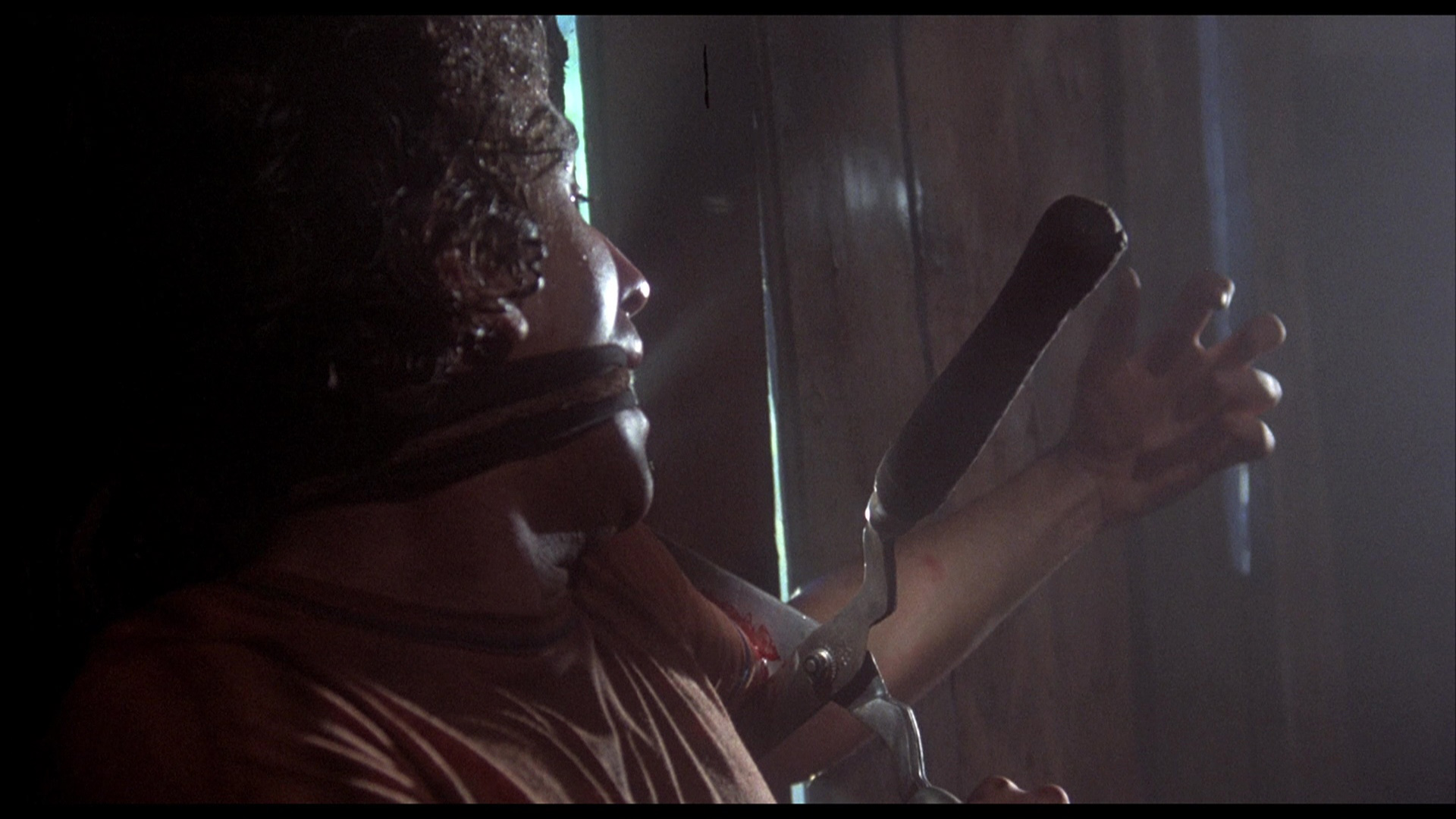 Arrow Video brought the film to UK Blu-ray and DVD first as a 4,000-unit steelbook edition in October of 2016, with a standard edition following three months later (minus the first pressing's essay by slasher expert Justin Kerswell). The transfer looks virtually identical to the American release, while the audio switches to LPCM here and sounds just as good. All of the bonus features from the Scream Factory release have been carried over here, but you also get a new third audio commentary by the gang at The Hysteria Continues. They're fine and often hilarious company as always with a fine appreciation for this period in slasher history, building on their already enjoyable podcast episode about the film (similar in approach to their one for The Initiation) to offer a detailed breakdown of the established conventions of the time, the joys of summer camp horror films, the tactile pleasures of Savini's gore effects, and much more. There's also a lively new 11-minute interview with Wakeman, apparently shot in the same session as his one for Crimes of Passion, about taking his own rock-influenced approach to the score rather than usual shrieking strings and spooky sounds that were already becoming the standard.