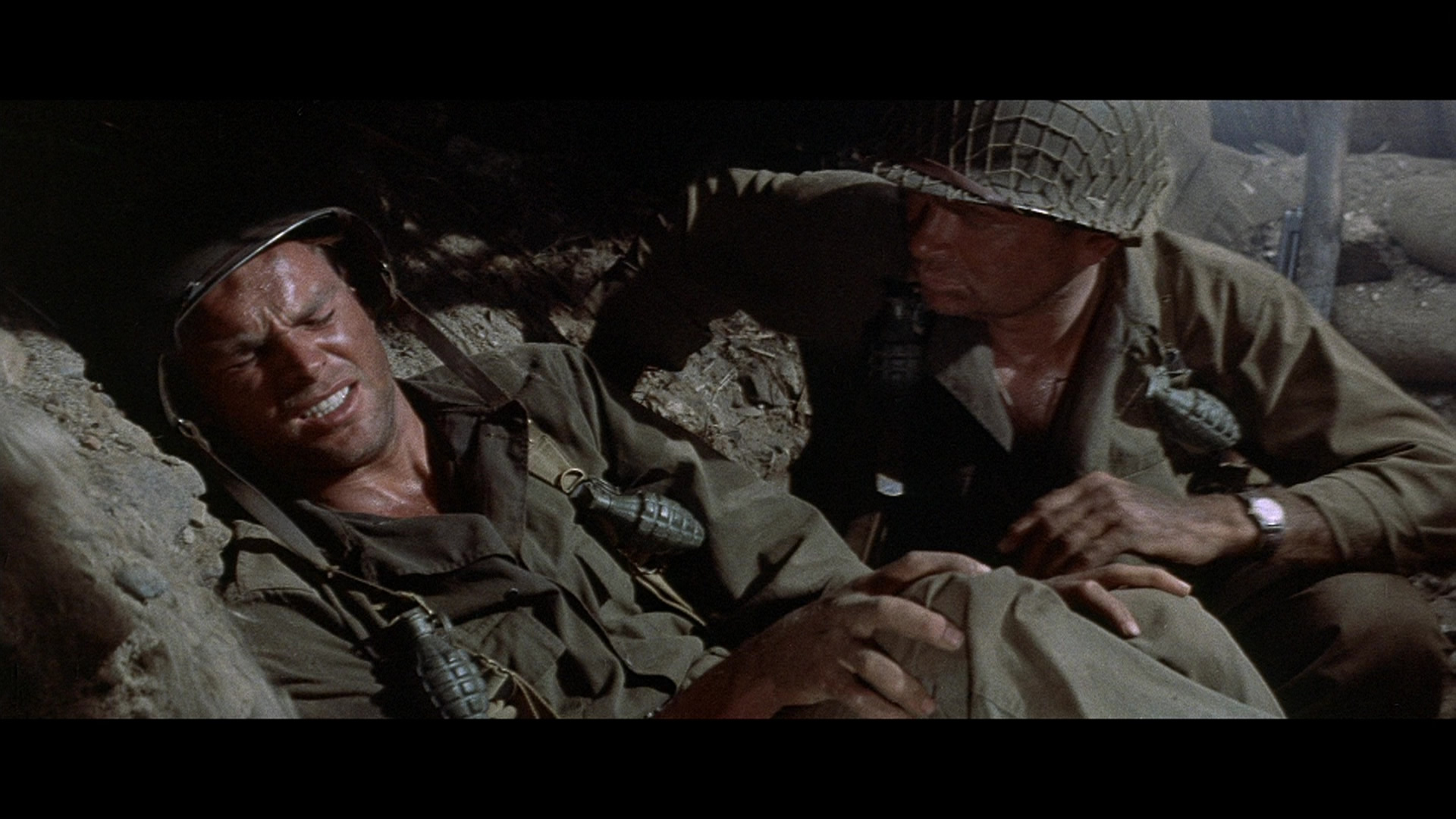 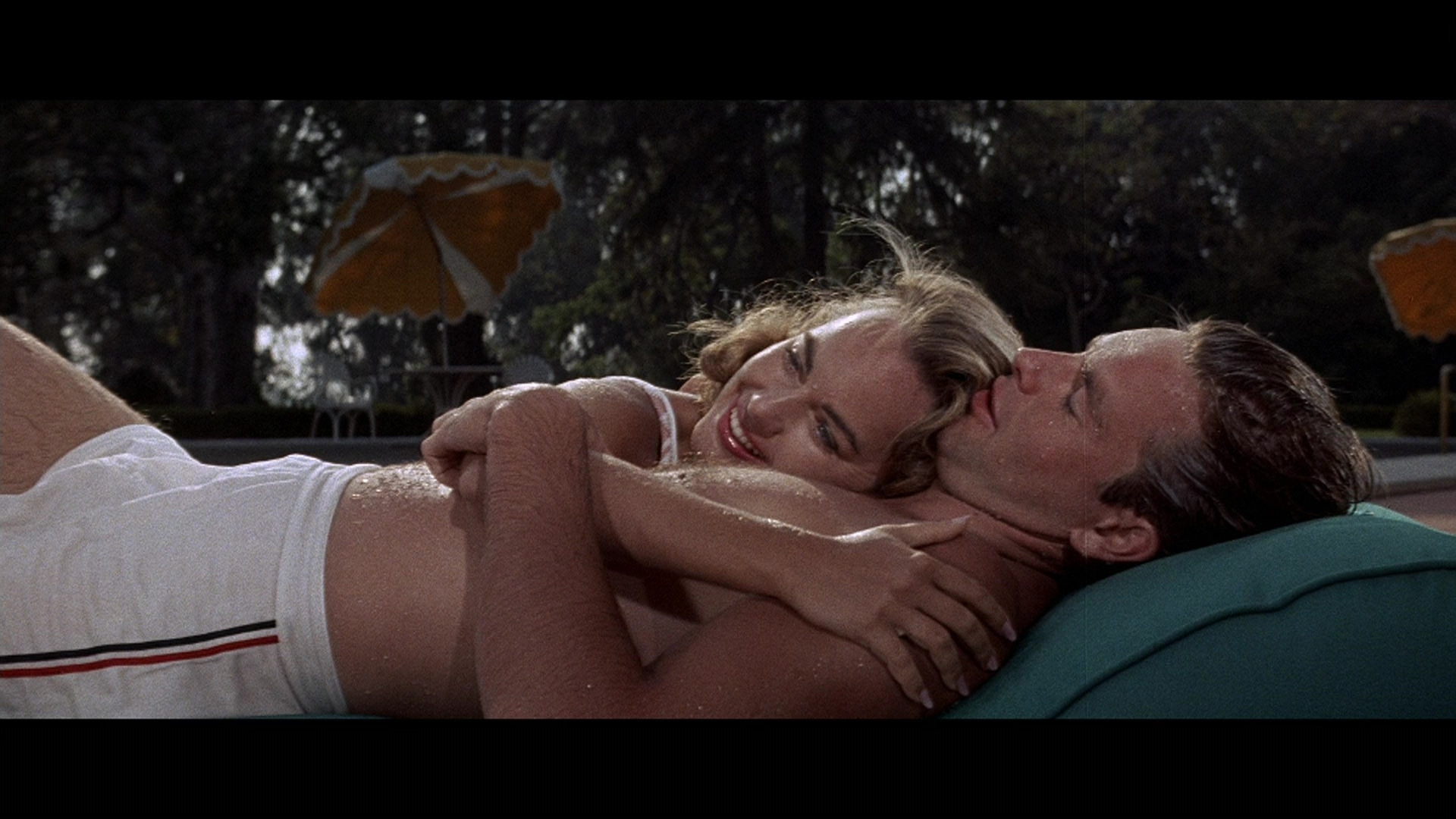 Long after World War II ended, Hollywood had plenty of rich stories to tell about The Great War as Technicolor and new formats like CinemaScope became the norm in the 1950s. Case in point: Between Heaven and Hell, a widescreen color yarn about how young men were changed by combat in the Pacific, part of a string of solid films like Hell to Eternity, The Frogmen, In Love and War, and No Man Is an Island. All of those films starred some combination of real-life friends Robert Wagner and Jeffrey Hunter, and in this particular one, Wagner goes solo as Sam Gifford, who goes into the Army as a Private and finds his entire worldview completely altered.

Based on a novel by Francis Gwaltney, the story sets up Sam's story via flashbacks and episodes contrasting his Southern upbringing as part of a cotton plantation dynasty (where no one seems to have an accent) and his time in a predominantly Southern regiment after a troubled stint with the National Guard, with the odd guy from Chicago thrown into the mix. Among the various personalities are unpleasant Captain Grimes (Crawford at his sweatiest and gruffest) and salt of the earth working guys including a score of ascending characters actors including from Mark Damon (pre-The Fall of the House of Usher), Harvey Lembeck (pre-AIP surf movies), and L.Q. Jones (pre-Sam Peckinpah). 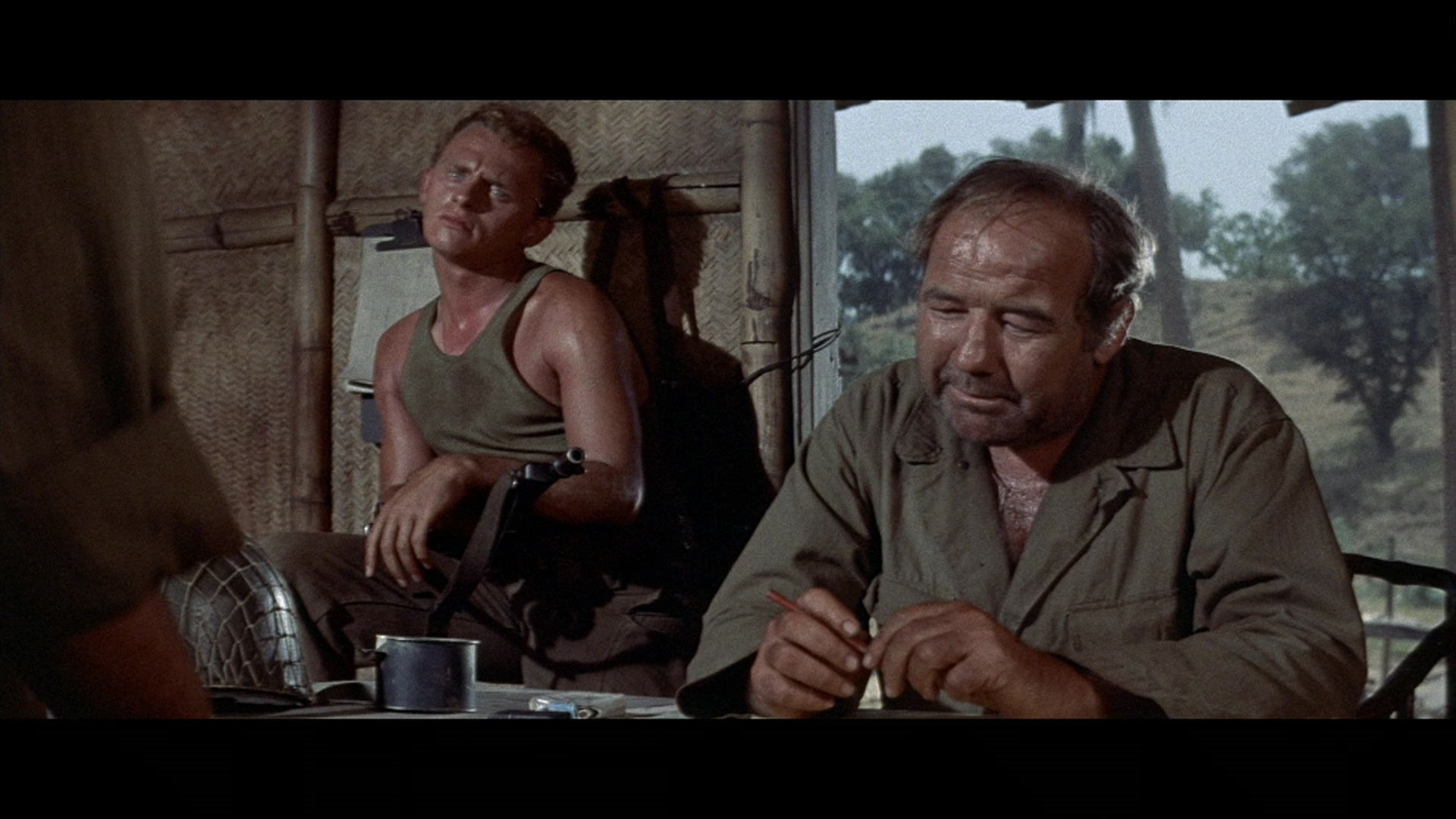 Once arrogant and dismissive of lower classes, Sam learns to recalibrate how he looks at and treats those around him as he suffers the horrors of combat and bonds with his fellow servicemen.

A notable break from the more traditional gung-ho war films audiences were accustomed to at the time, Between Heaven and Hell is another overachieving genre film from jack of all trades Richard Fleischer, who had already excelled with several heist and film noir classics as well as his biggest hit, 20,000 Leagues under the Sea. It's easy to see how the source material would appeal to him with its emphasis on realistic emotional reactions to violence and the way social order affects people's perception, something that would become a very frequent theme in his later films (such as 10 Rillington Place, Mandingo, and The Boston Strangler). It's also fascinating to see how this operates as a kind of modern day twin to his next film, the gritty period piece The Vikings, another look at how male camaraderie can both fracture and flourish through violence. He also proves himself once again to be far more adept with scope framing than many of his contemporaries, finding interesting ways to frame even the most mundane 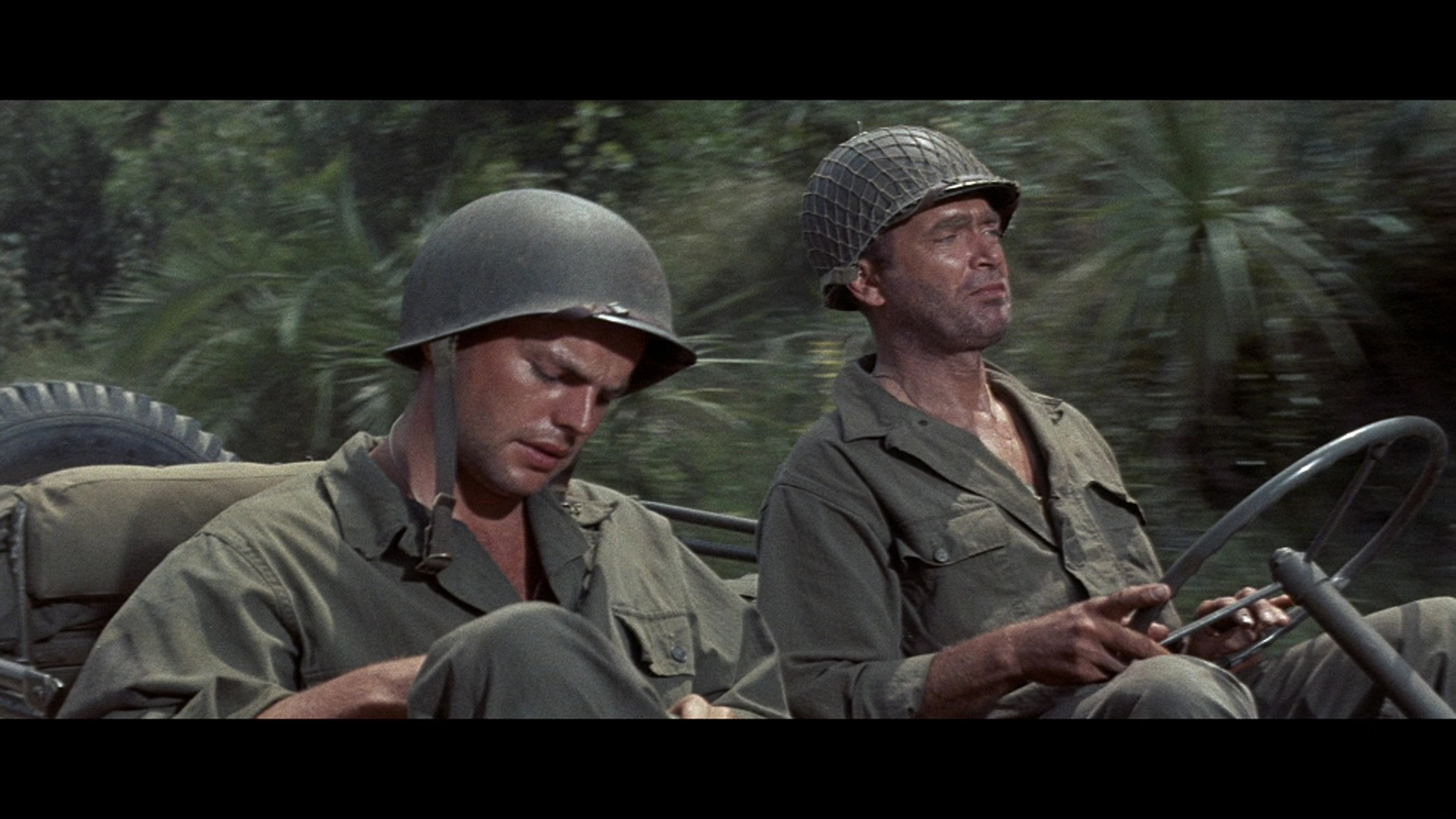 dialogue scenes and using the placement of actors to subtly comment on their changing relationships to each other.

Fox Video released the first widescreen version of this film on home video courtesy of a 2002 DVD with the theatrical trailer, but any admirers of this film will definitely want to spring for the 2017 UK edition from 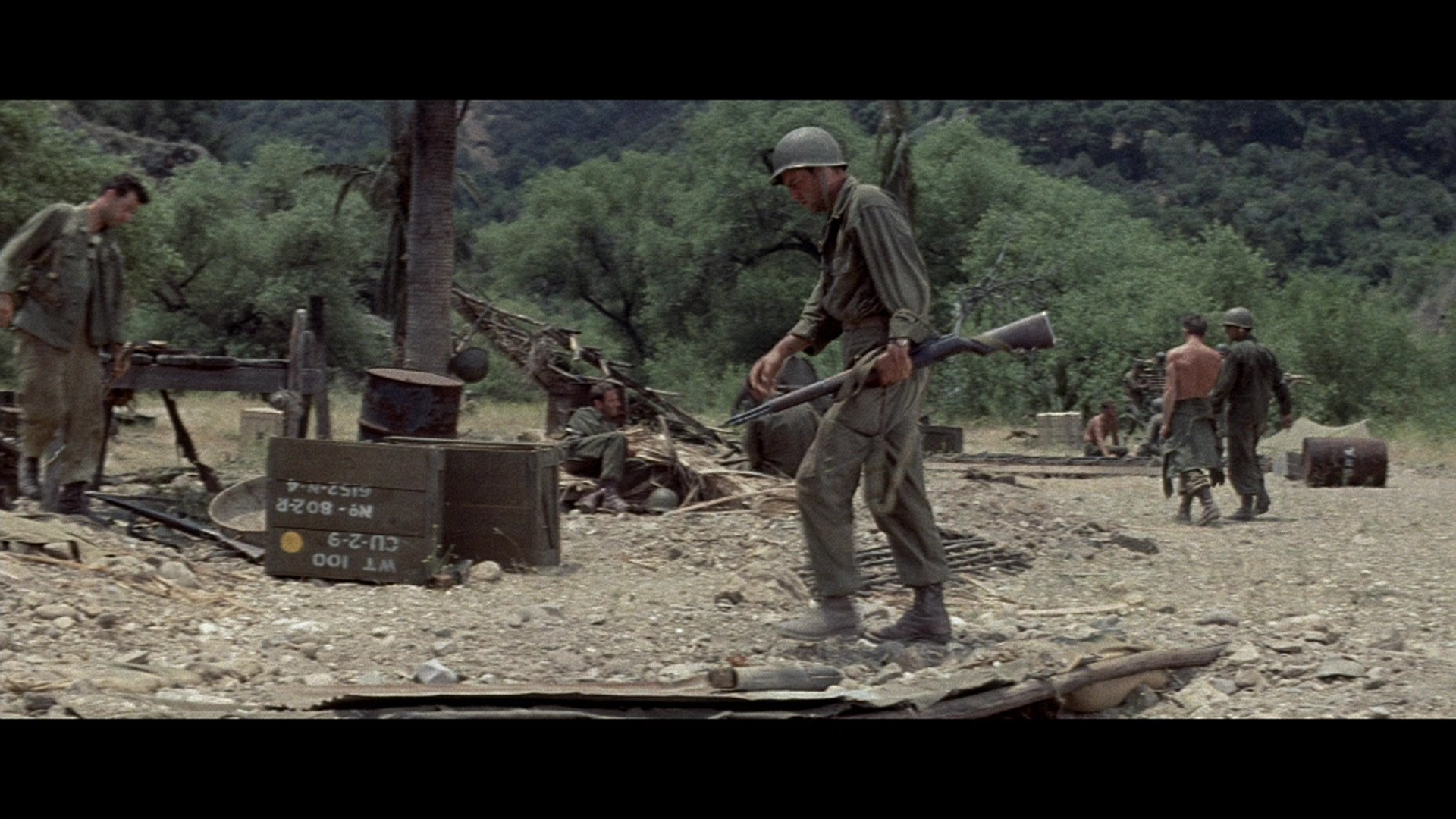 Signal One instead (available as separate Blu-ray and DVD discs). The inherent limitations with the CinemaScope process are evident at times (especially the opening opticals during the titles and a few dissolves, as well as a few shots that appear to be manually zoomed in and go very grainy for a few moments), but the film's effective color palette with an emphasis on olive greens and earthy browns during the Pacific sequences comes off very well here. Thankfully Fleischer had the good sense to avoid close ups, so you won't see much in the way of "CinemaScope mumps" here. The DTS-HD MA English 2.0 stereo tracks sounds impressive as well, particularly when it comes to the hard-hitting score by Hugo Friedhofer. In addition to the trailer and a gallery of stills, lobby cards, and posters, the big new extra here is a very informative and thoroughly researched audio commentary by Paul Talbot. He covers numerous aspects including Fleischer's career, how this film was a breakthrough (in depicting the negative aspects of war including masses of dead bodies, PTSD, and abusive commanders), and which (very) graphic aspects of the source novel had to be watered down or eliminated for obvious reasons.