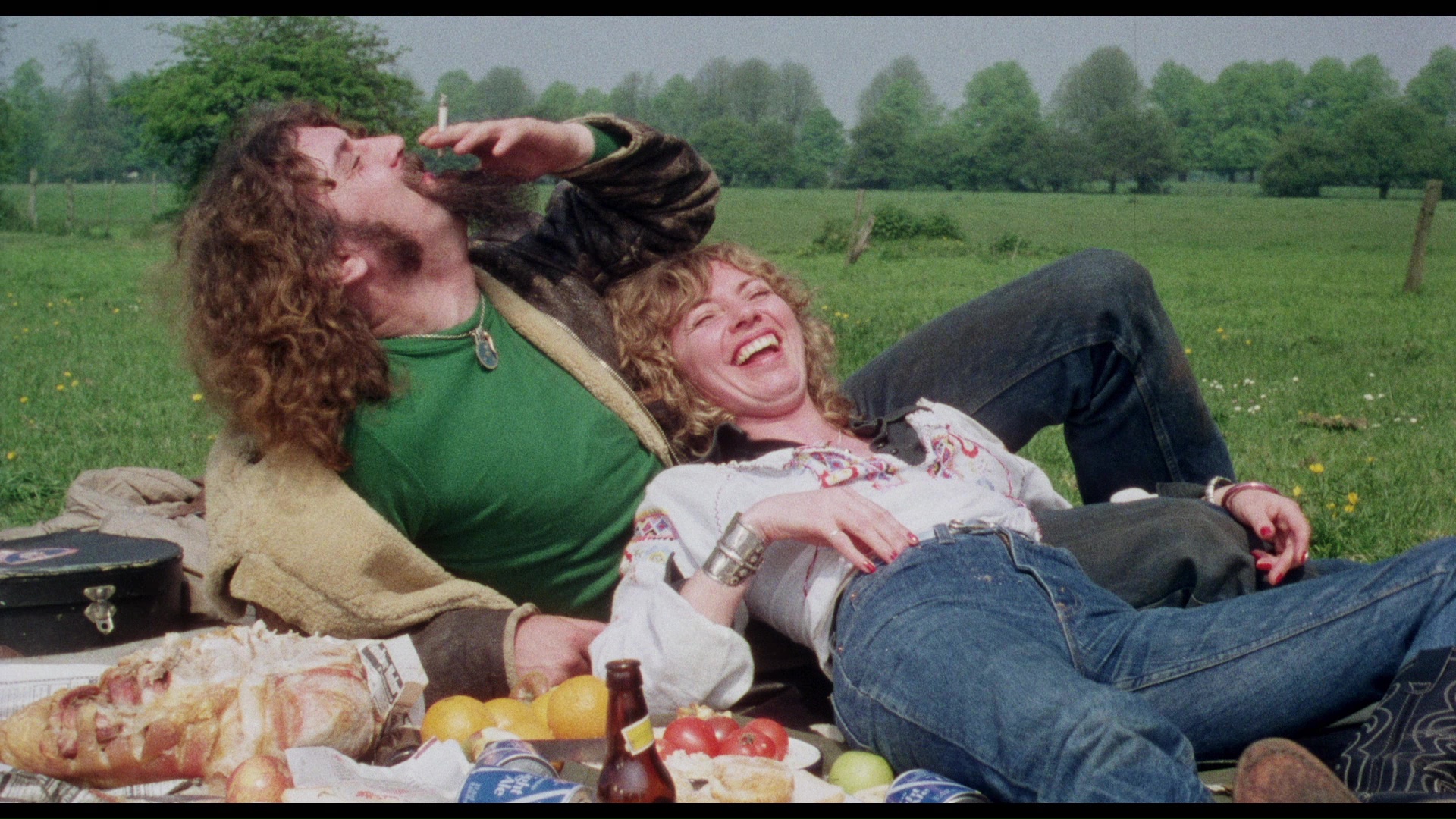 late Anthony Shaffer was a master of puzzle plots, 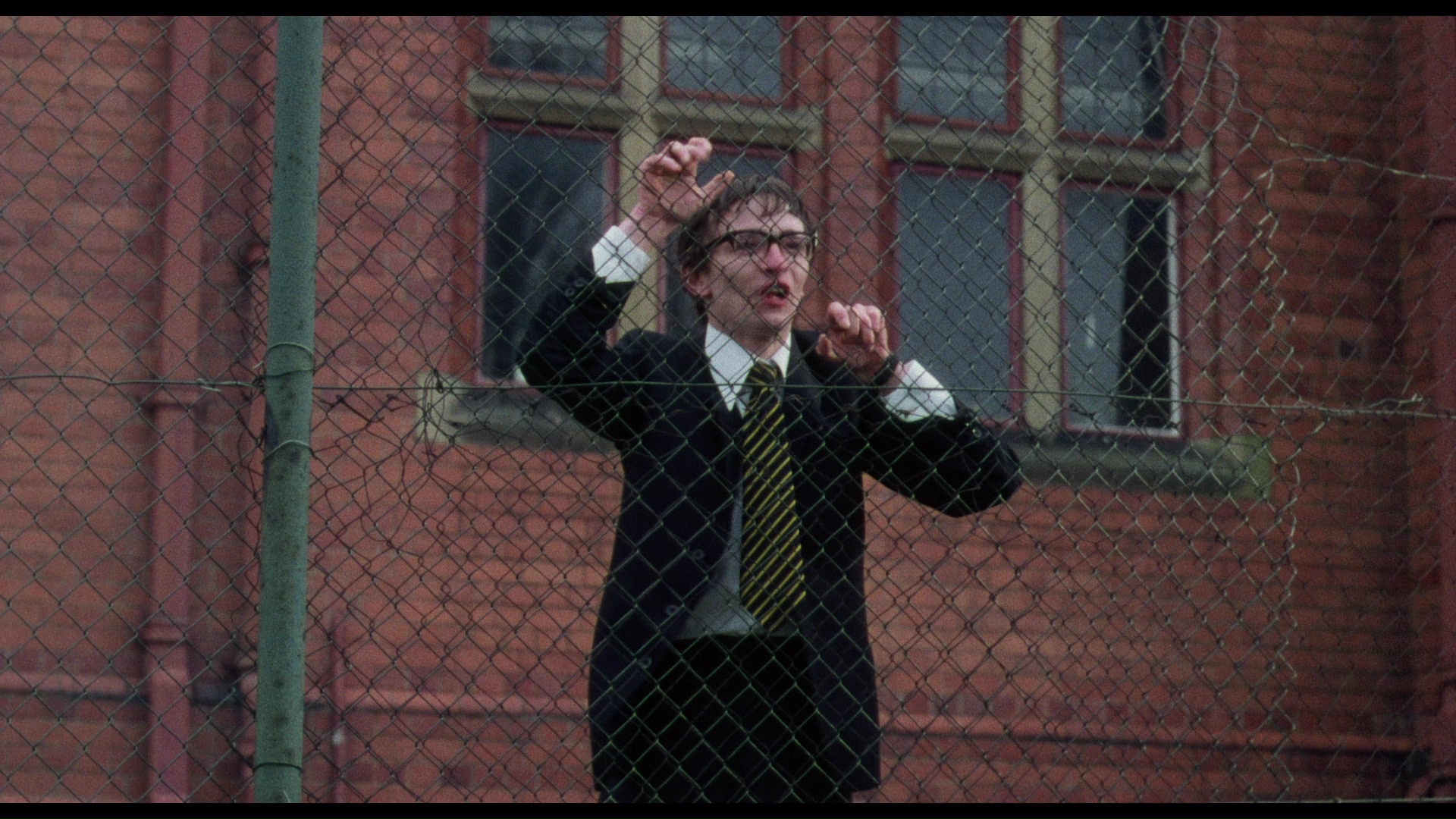 ranging from the drawing room gamesmanship of Sleuth to the pagan shenanigans of The Wicker Man. Made five years after those films but not released widely until Richard Burton's death ten years later, Absolution forms something of a trilogy with those other two films, mixing wry black humor with unexpected, blood-freezing terror where you least expect it.

Riding in whistling on a motorcycle, a roving Scottish man named Blakey (stand-up comic Connolly) sets up his tent in the woods outside a remote Catholic boys' school. Meanwhile the students are preparing a comical stage production, much to the displeasure of domineering Father Goddard (Burton). One of the more mischievous students, Benjamin (Picnic at Hanging Rock's Guard), becomes fast pals with Blakey, with Goddard's pet pupil, the limping Arthur (Kes' Bradley), begging to go along for the decadent ride. Goddard is infuriated by Benjamin' growing corruption, but matters get even worse when the boy slips into the confession booth and tells Goddard that he has murdered Blakey, burying the body in the woods. Sealed by the oath of confession, the priest himself goes alone to the woods and finds himself the butt of a vicious prank. But then Benjamin returns to the confessional again, saying that this time he really has committed a murder...

Laced with an eerie folk score by 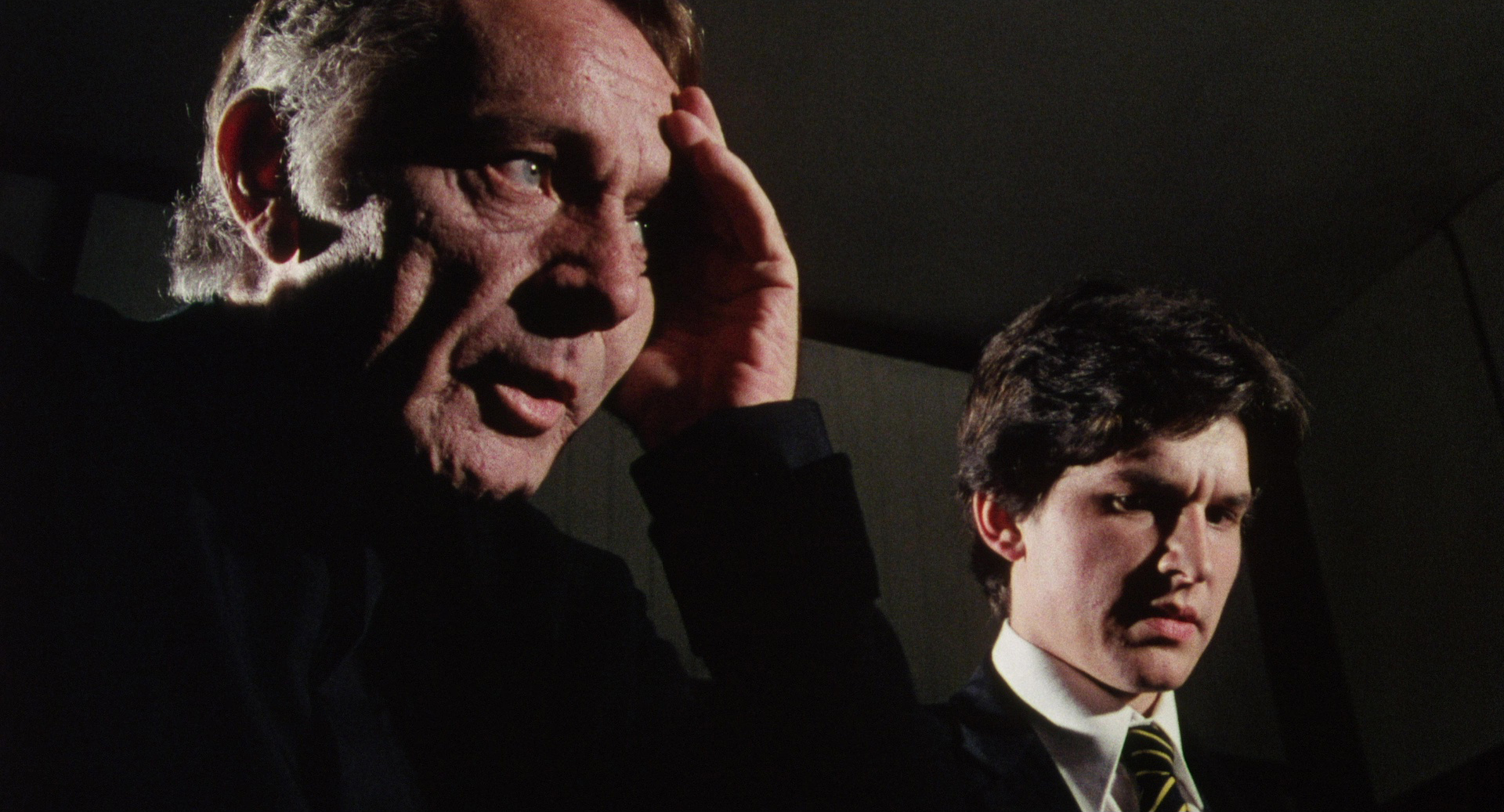 Stanley Myers and an appropriately broody, Gothic setting, Absolution is the sort of film that would really appeal to horror and thriller fans if they knew what it was really about; unfortunately the whiplash plot reversals of the second half prevent a more thorough 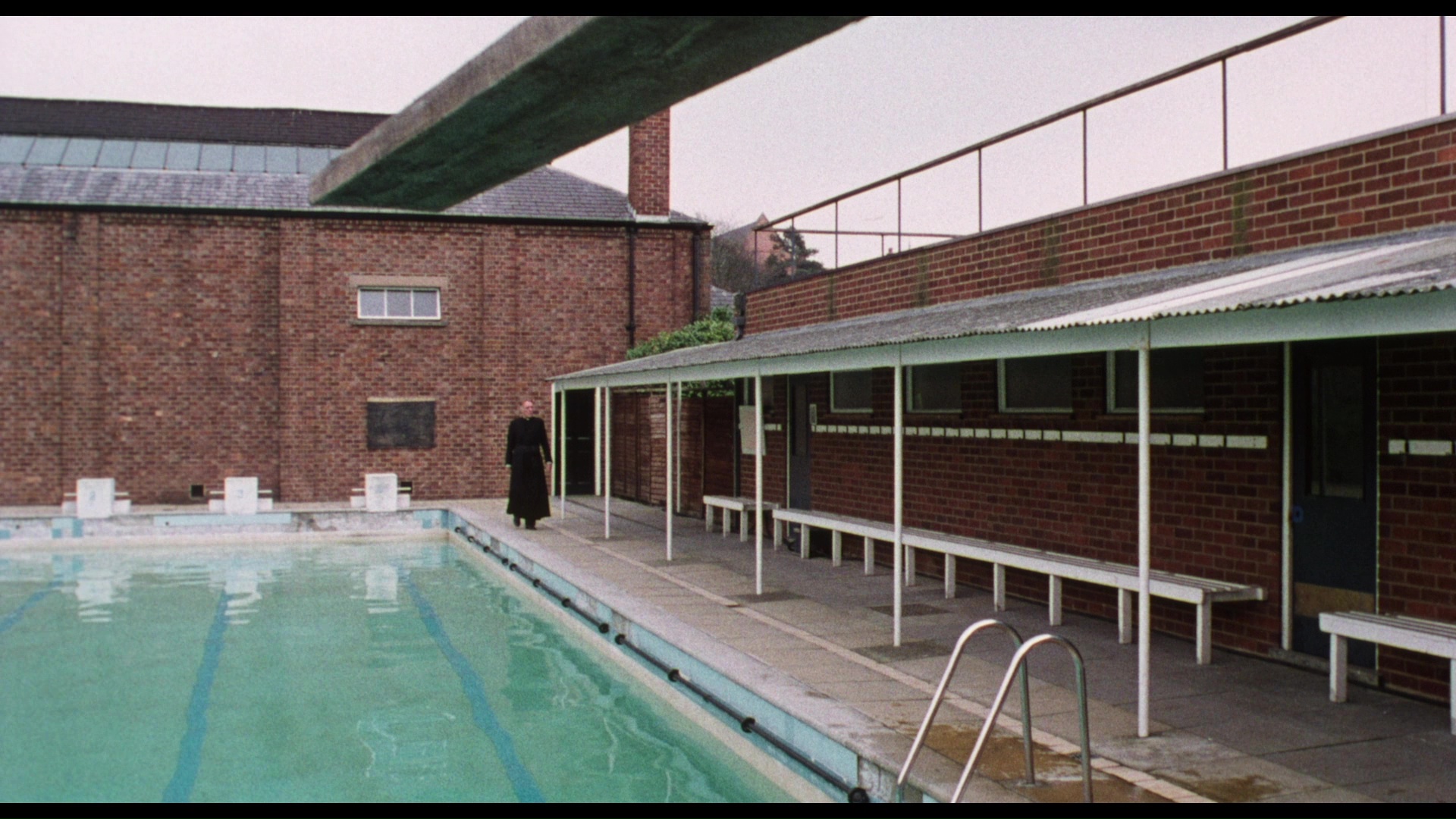 summary. Bear in mind, however, that the story climaxes with a truly shocking moment of gore, plenty of Burton hamminess, and a deliciously sick twist ending, and it's easy to see why the art-house crowd went dashing for the exits. Shaffer brilliantly manipulates the viewer's sympathies, which shifts from one character to another with sometimes alarming frequency. (This would make a terrific double feature with The House that Screamed, which pulls the same trick and has no compunction about bumping off its characters.) Continuing the tense subtext of religion versus sexuality from The Wicker Man, Shaffer makes Goddard an even more repressed, emotionally tangled protagonist than that film's Sergeant Howie; Burton's well-calibrated performance uses silence to great effect, and when Goddard first appears with eyes flaring at schoolboys preparing for an opera in drag, you know this isn't going to be a pleasant ride.

Shot open matte with TV-safe compositions, Absolution first appeared on VHS and laserdisc courtesy of TransWorld. That transfer wasn't any great shakes, and for years the film was screaming out for an updated presentation. Unfortunately you didn't get that with the first DVD from Classic Reel (followed by a string of pseudo-PD cheapie successors), which is essentially similar to the laserdisc but inexplicably features more washed out colors. Darker scenes also tend to clog up rather badly, 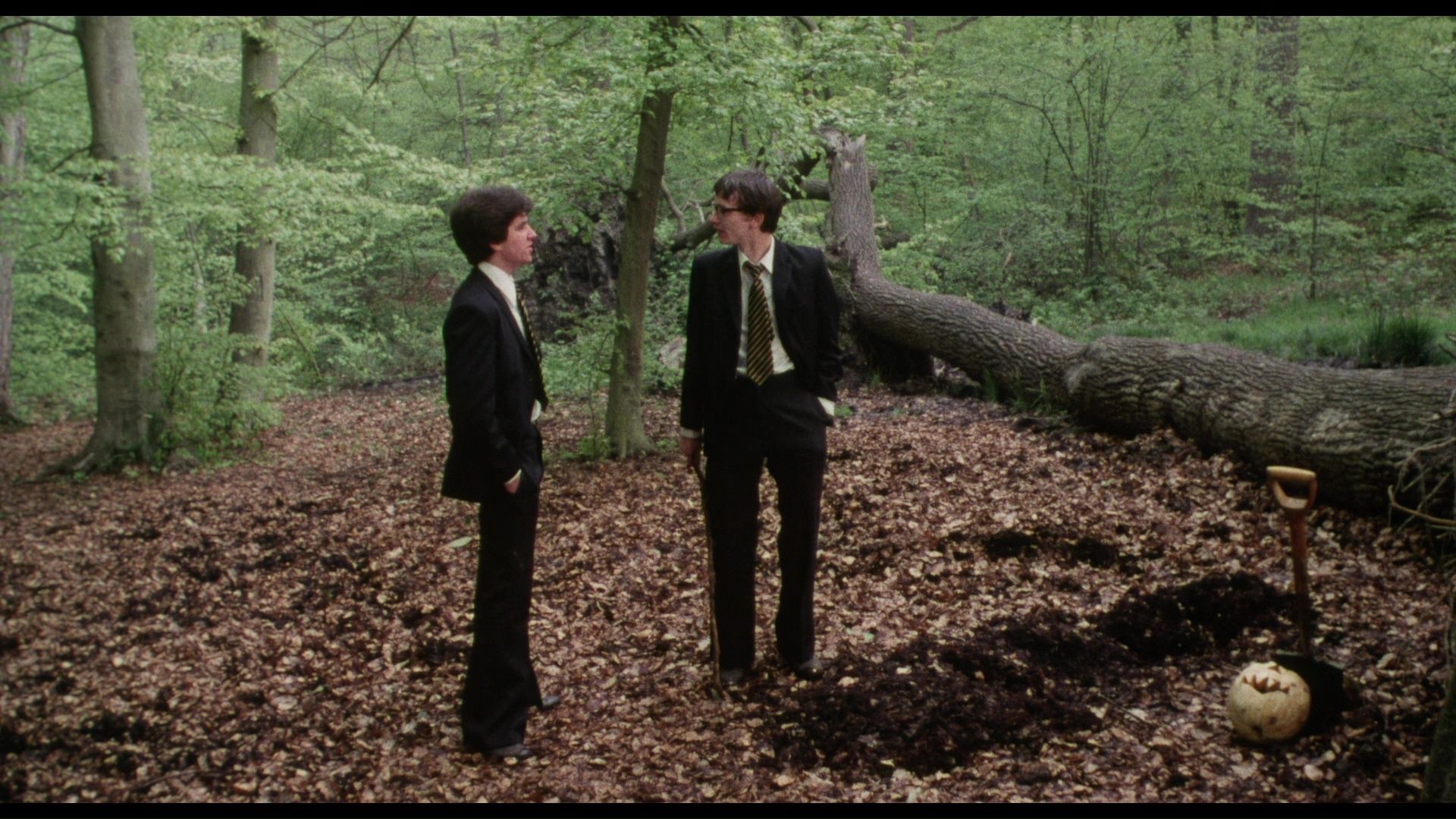 with blocky artifacting often in evidence. The front cover inexplicably boasts this is based on a true story, which seems highly unlikely to say the least. The first widescreen presentation appeared 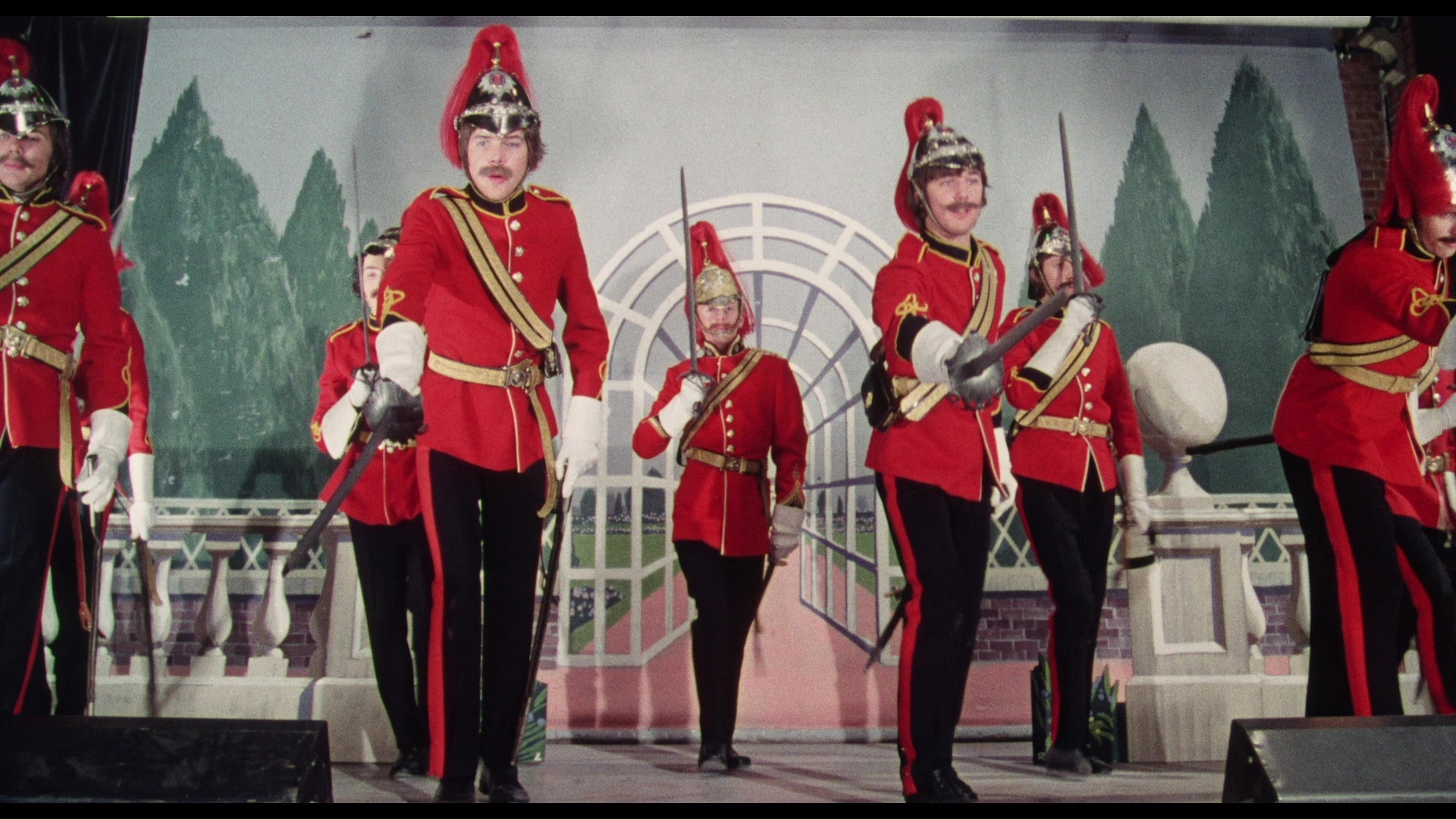 on DVD as an Amazon exclusive from TGG Direct, paired up with Burton's Alexander the Great for a really weird double feature courtesy of licensor MGM who inherited this title. That arrangement also led to a Blu-ray and a standalone DVD from Kino Lorber in 2016, featuring an improved HD presentation of the already solid master and with the long, spoiler-laden theatrical trailer as its sole extra.

In 2018, U.K. label Indicator took some by surprise by announcing this film for its premiere Blu-ray release in its native country. This is one that absolutely deserves the special edition treatment, and it finally receives it here with substantial bonus material filled with much-needed context for how it came to be and ended up languishing in distribution hell. The transfer is culled from the same source as the U.S. disc but with a bit more compression finesse and more consistent black levels; more notably, the DTS-HD MA audio is vastly superior here without the flatness and distortion that plagued all past releases. Interestingly, this includes not only the standard 95-minute theatrical cut but a newly-created 2018 director's cut. Running ten minutes shorter, it prunes away what director Anthony Page (I Never Promised You a Rose Garden) felt were some languid moments and melodramatic excesses, resulting in a tighter and arguably more efficient viewing experience. That said, it also prunes some shocking gore from one big scene near the end, so bear that in mind; try both and see which one you prefer. 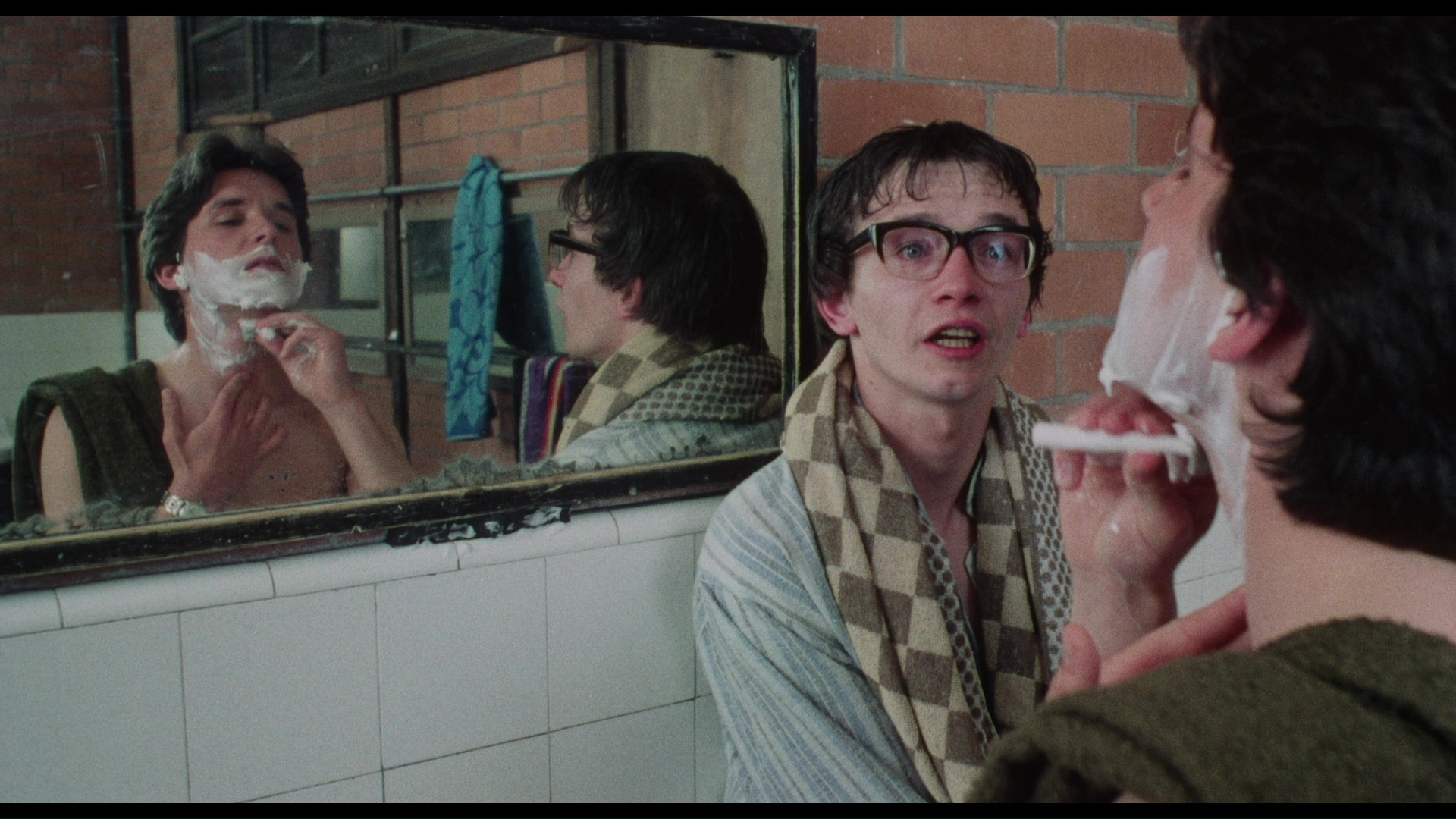 The theatrical cut can also be played with an audio 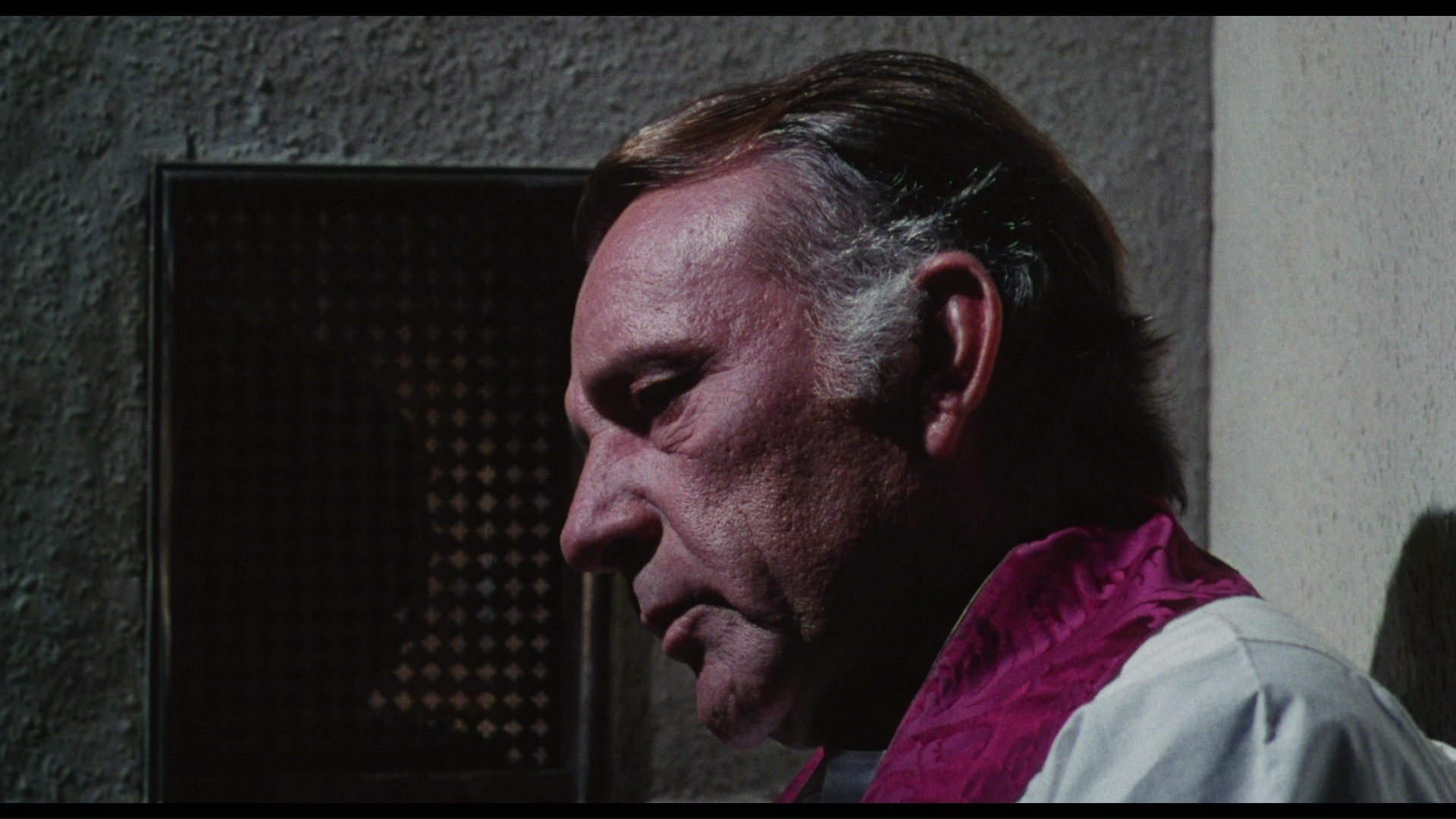 commentary by Kevin Lyons, editor of The Encyclopedia of Fantastic Film and Television, who does a very thorough job of covering the many aspects of the film including its casting (with Connolly beating out some rock stars under consideration), the novelization released in 1979, the shooting at Ellesmere College (including real students), the unproduced Play for a Gypsy stage play that inspired this, and ties to a slew of films ranging from Blood on Satan's Claw to Witchfinder General. Page himself turns up in "The Devil to Pay" (12m10s), which is incredibly candid and juicy throughout as he details his numerous issues with Shaffer (including some outrageous claims in his autobiography), his smooth relationship with Burton apart from one overheard incident, and the rewrites required to bring the script up to date by the time it went before the cameras. "Them and Us" (13m7s), a new interview with Guard (who had a fascinating career before he gave up acting for a big career shift as a child psychotherapist), is definitely worth watching as it touches on one of his pivotal roles and his memories of working opposite Burton and Connolly as well as his own very different experiences in school. Though he looks quite different now decades later, it's also nice to note that his distinctive voice is still very much the same. Finally, "Cutting the Cloth" (9m6s) with costume designer Anne Gainsford touches on the demands of creating accurate apparel for both the religious and scholastic needs of the story. The original trailer is also included along with separate galleries (stills/posters and press materials), while the impressive insert booklet is packed with new liner notes by Neil Sinyard, a location report written by Page, a vintage Shaffer essay, cast and crew bios, and sample reviews from the U.K. release. 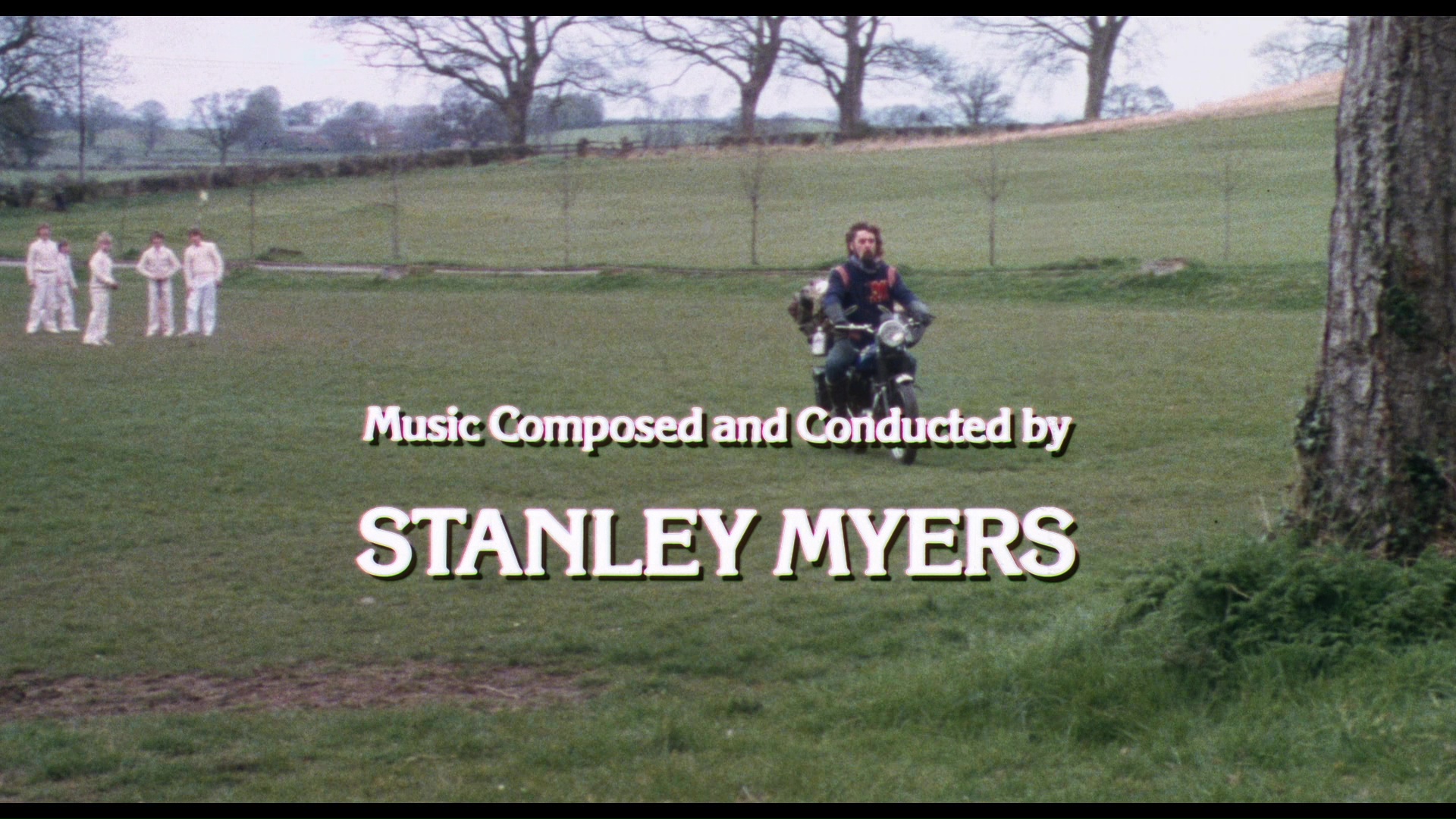 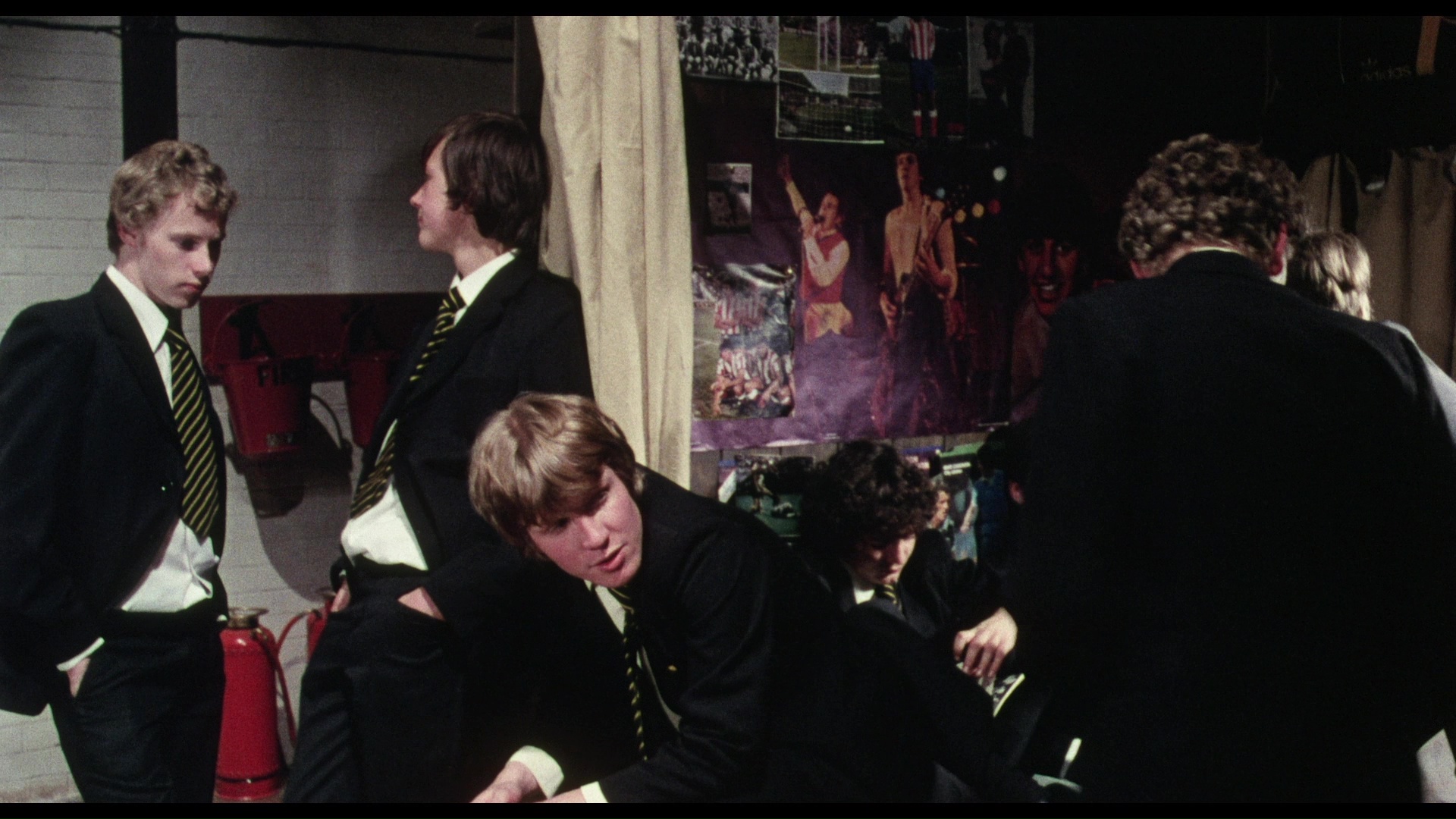 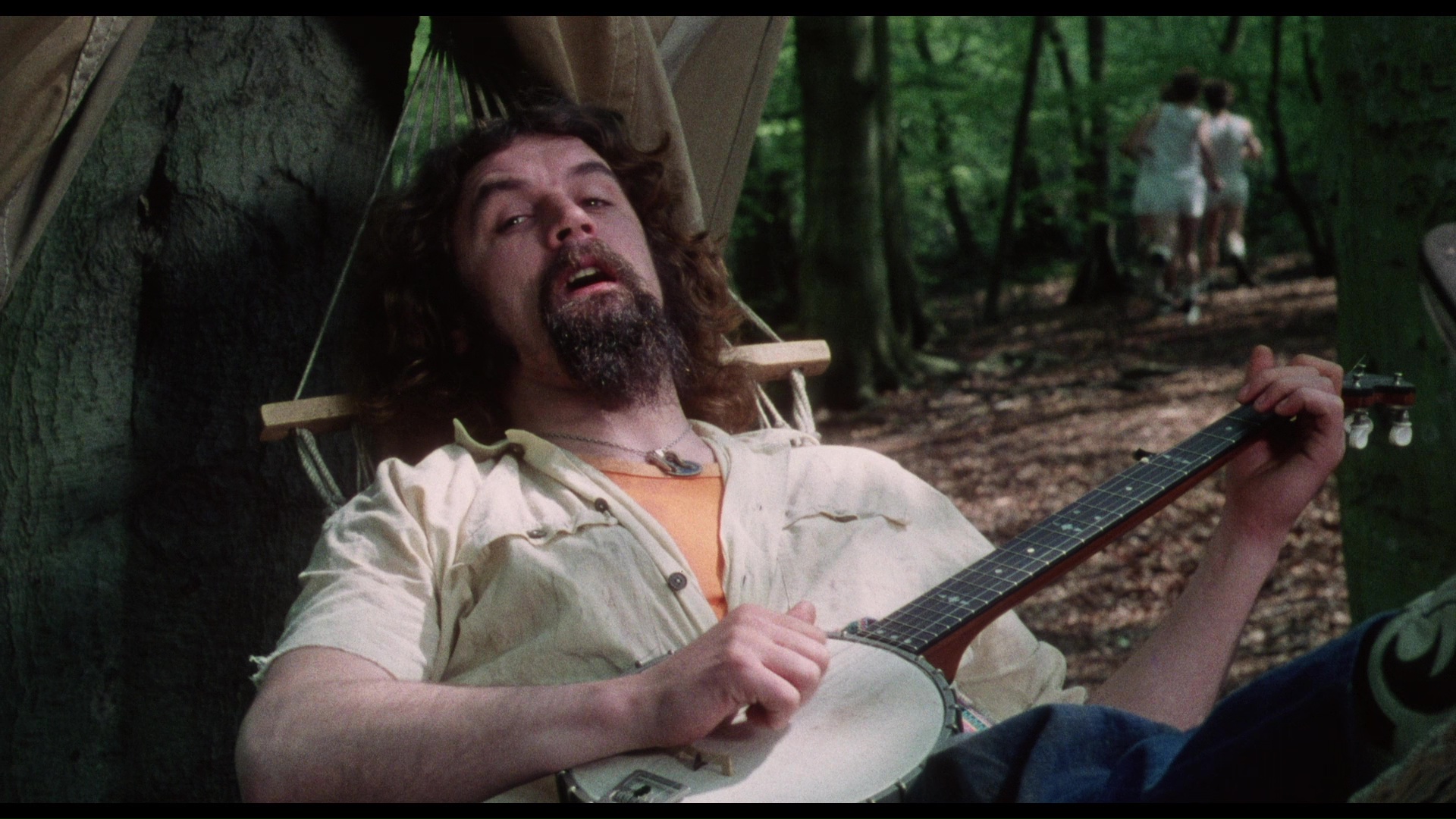 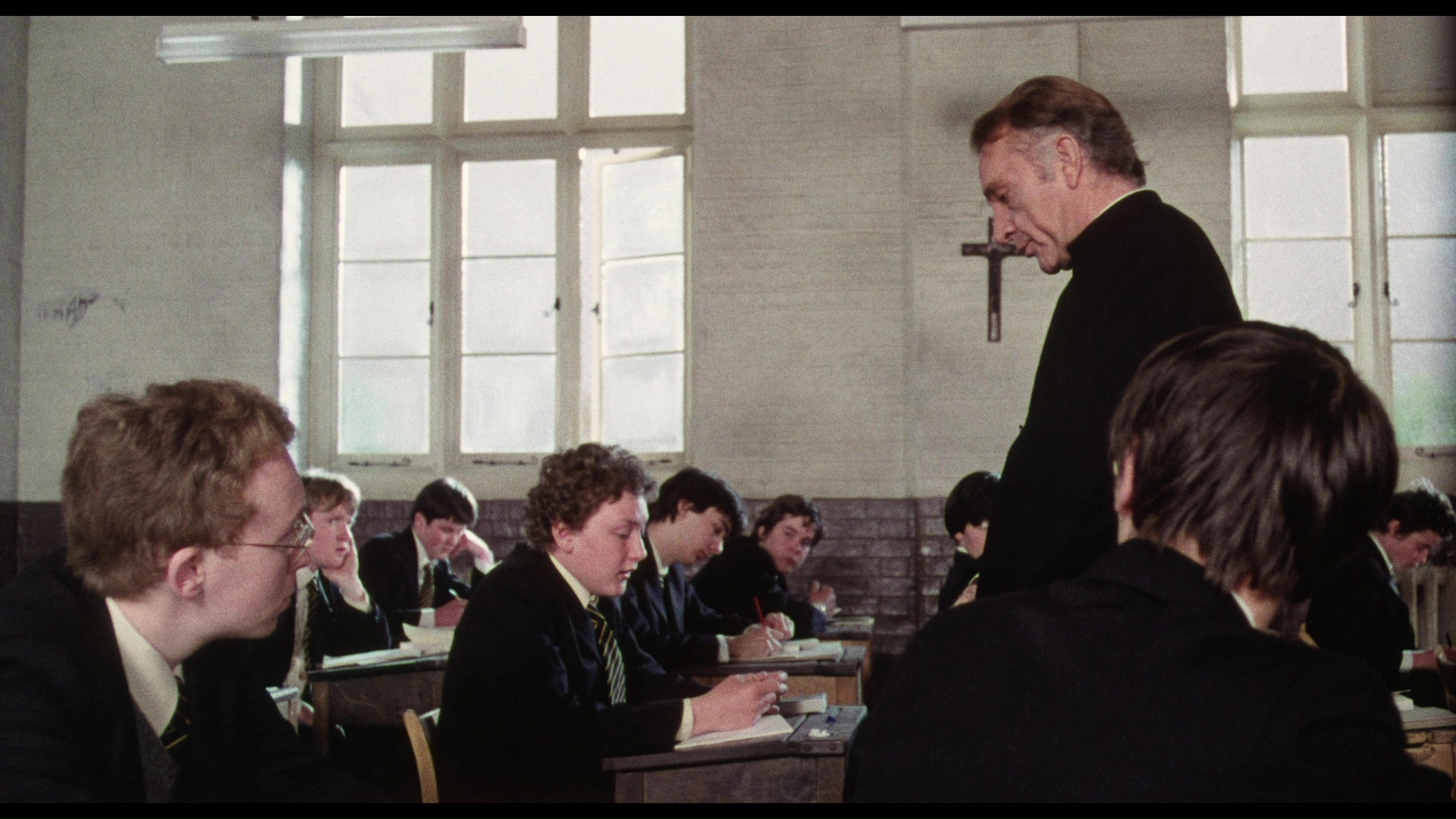 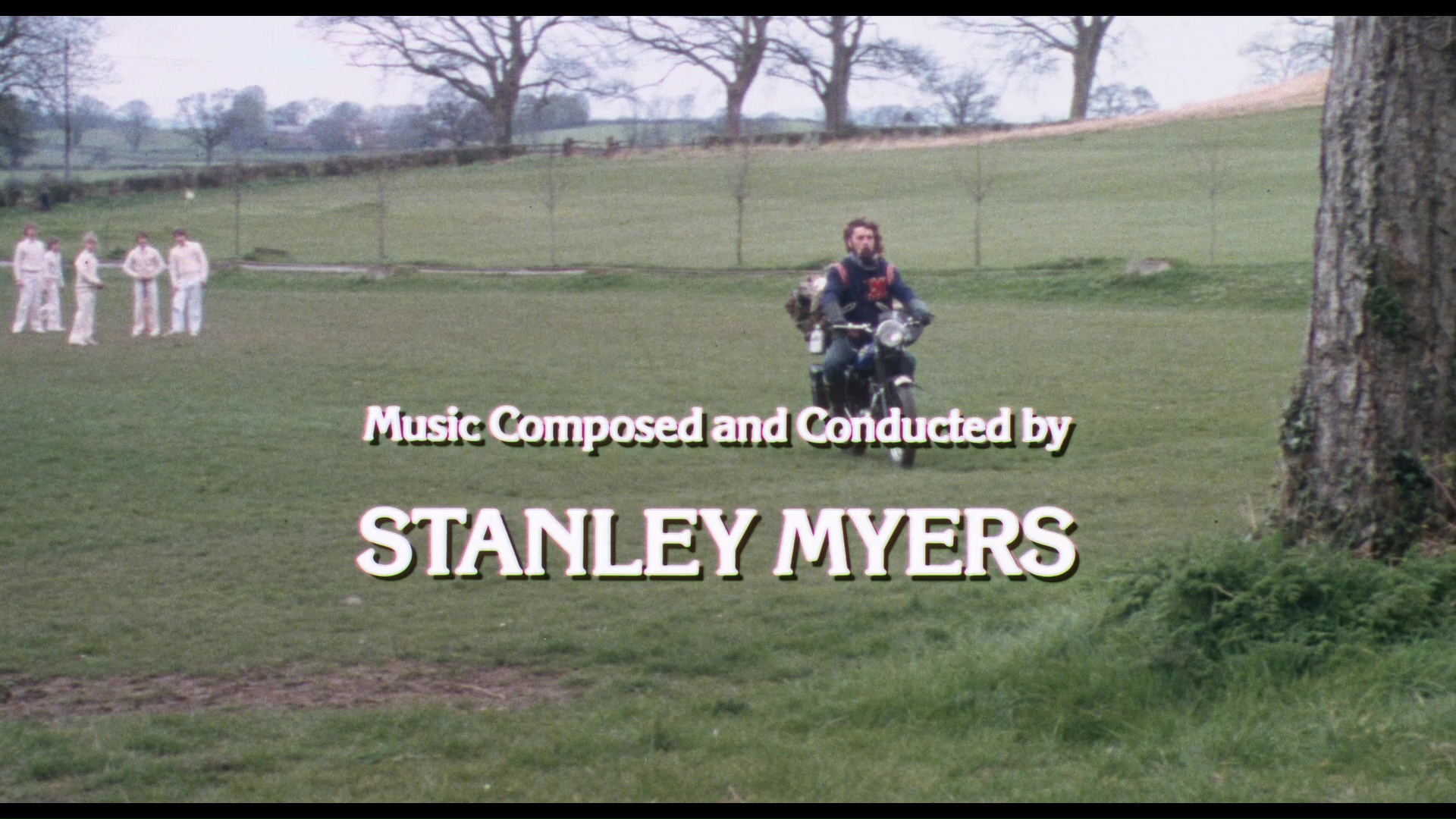 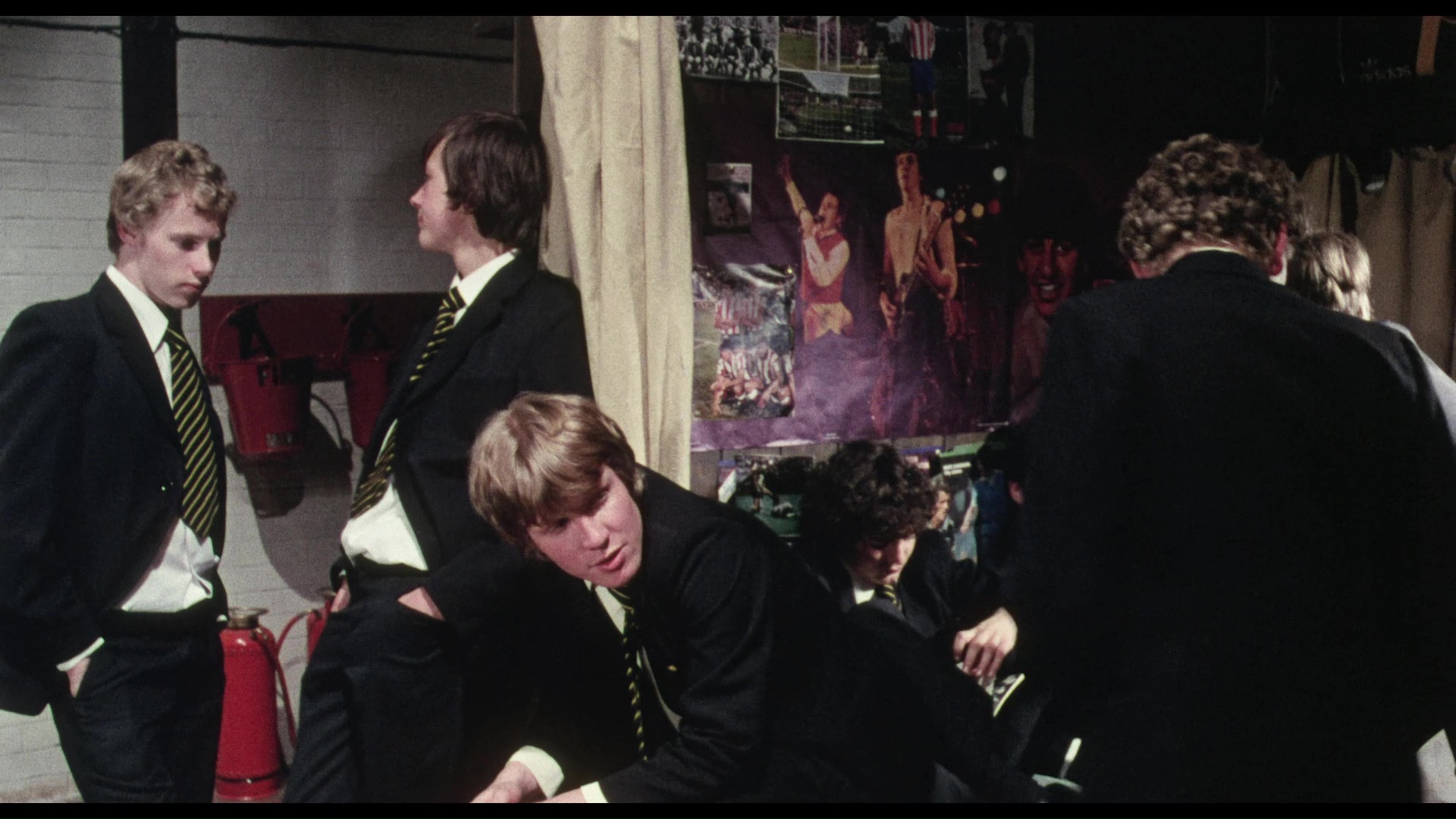 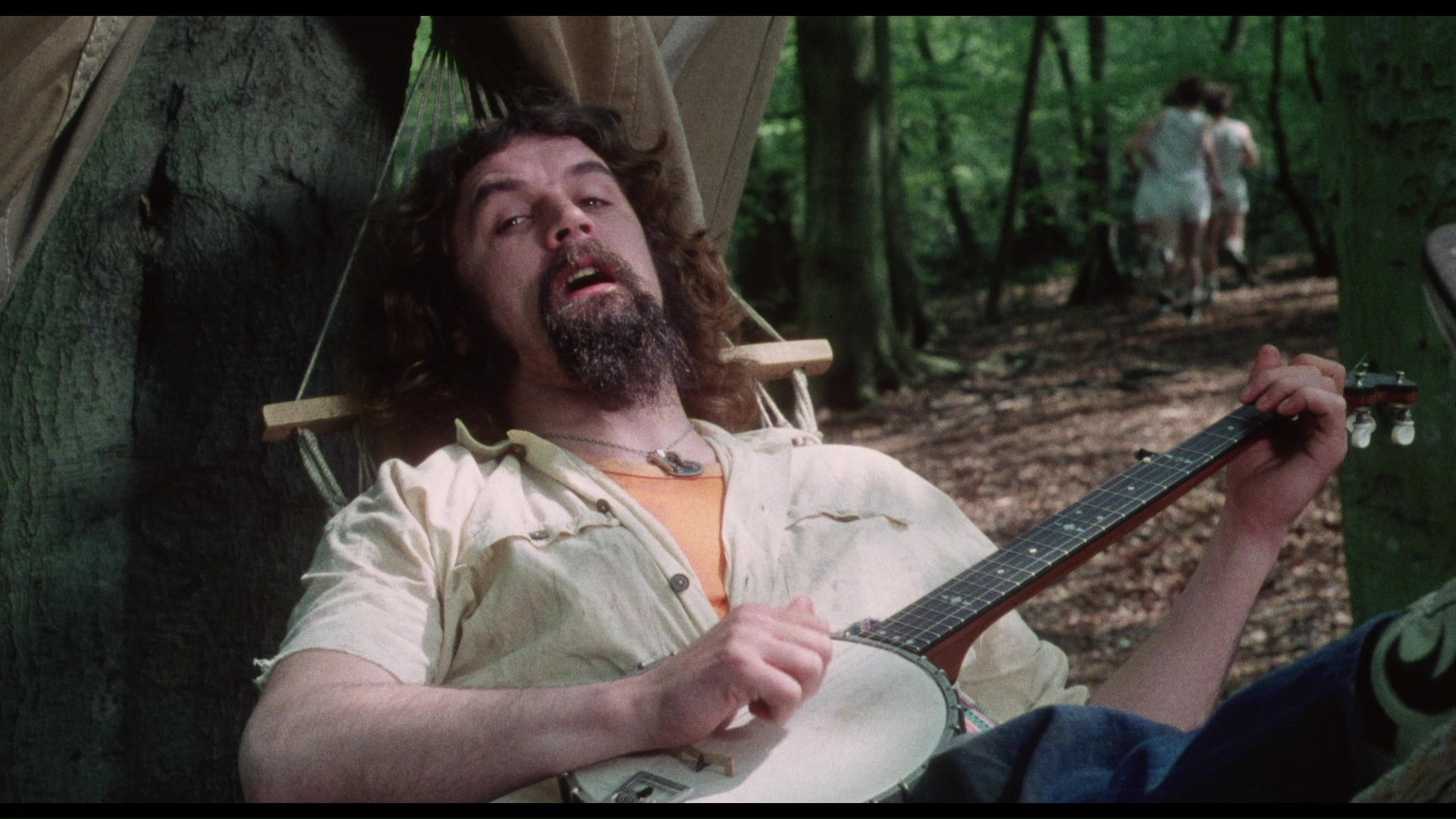 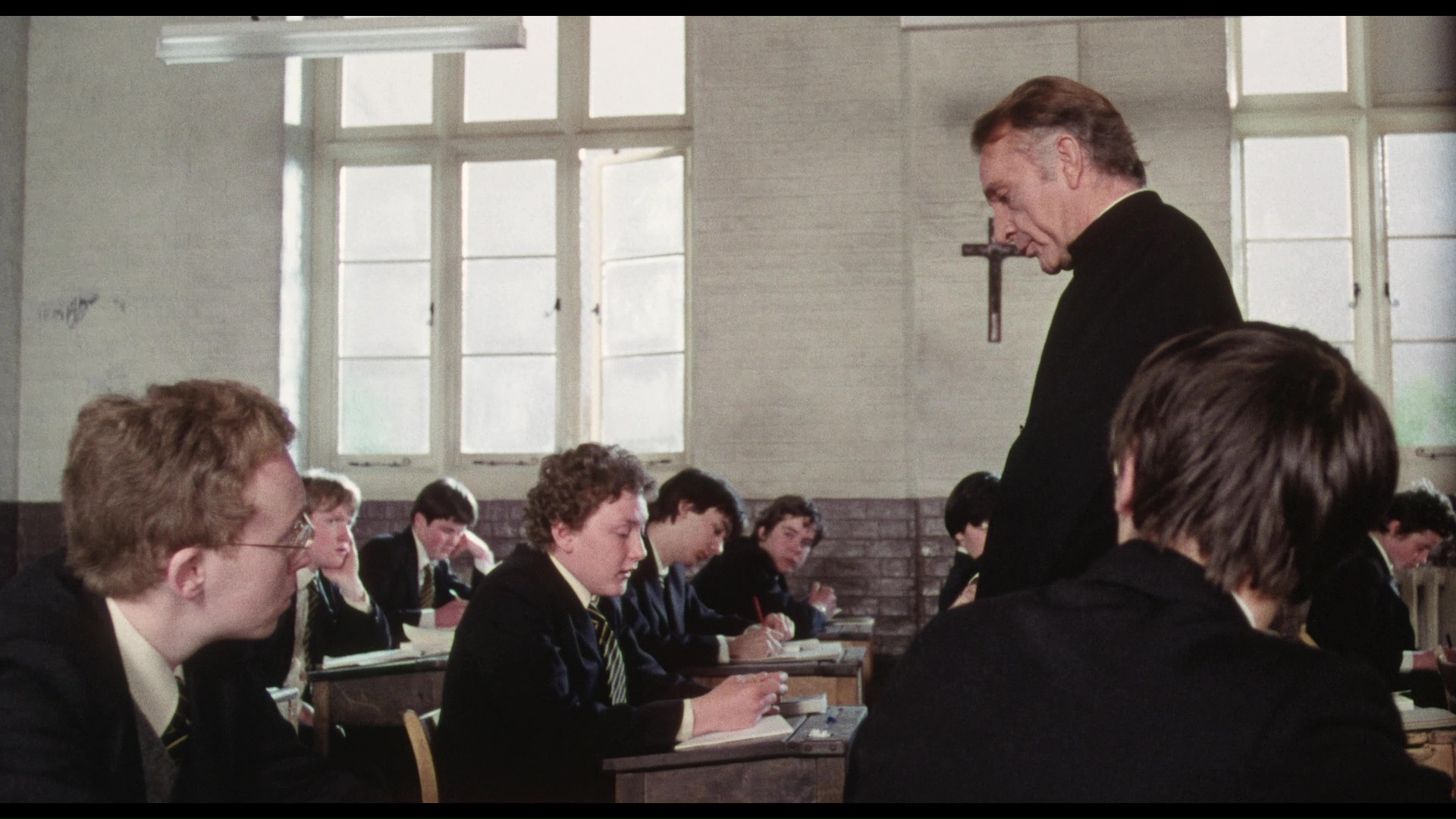