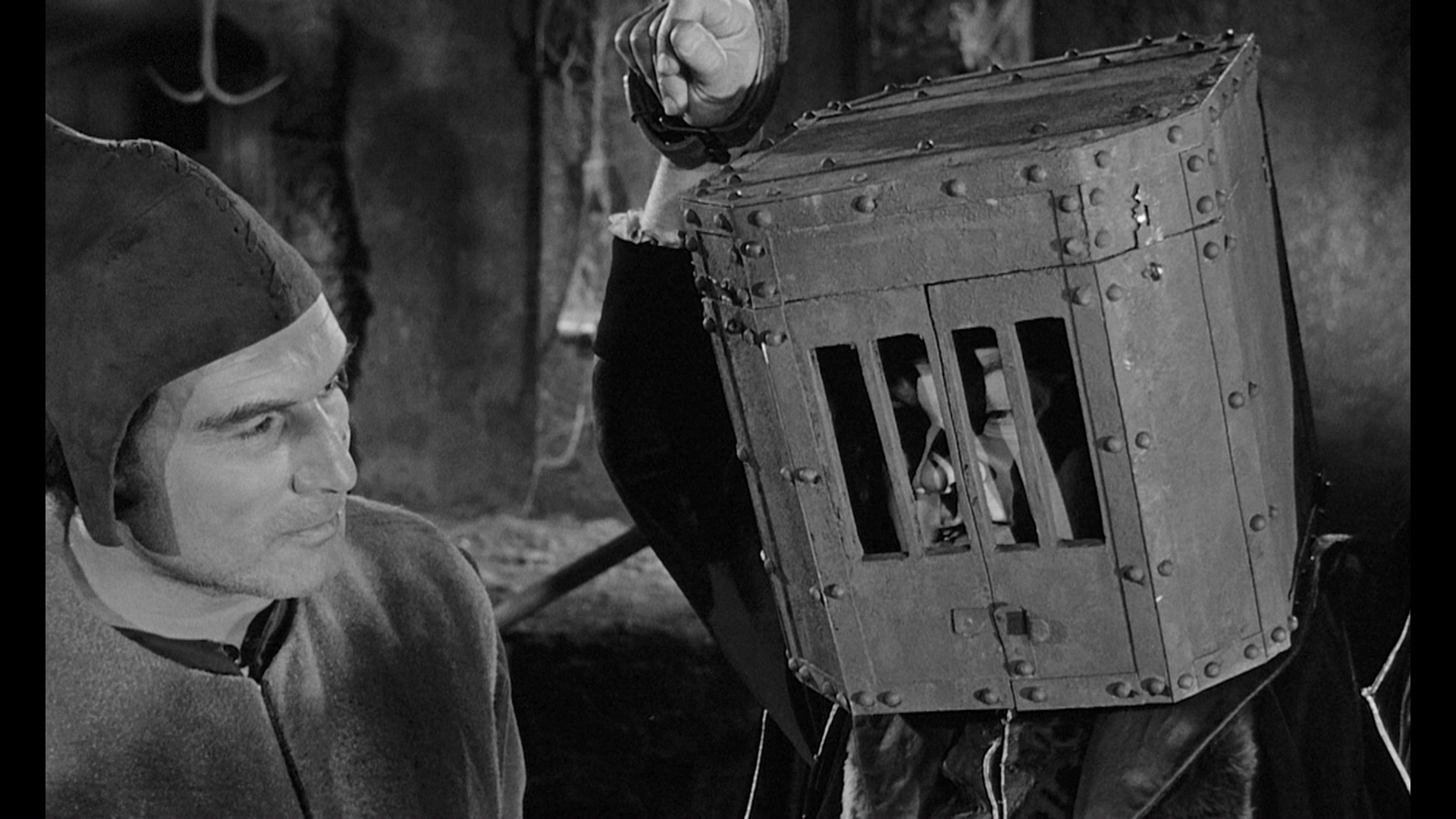 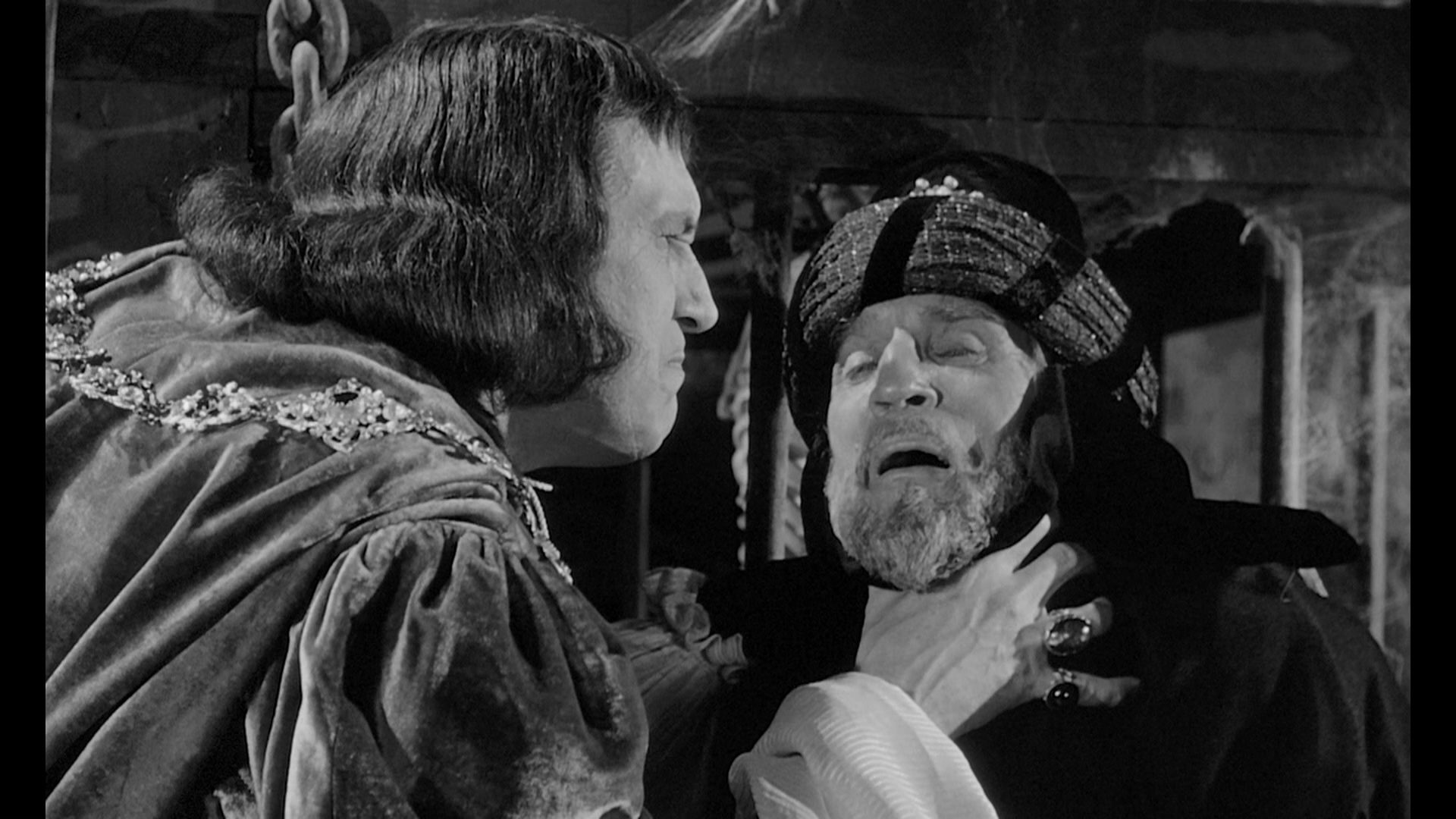 Twenty-three years after playing the ill-fated Duke of Clarence in Universal's 1939 semi-horror historical drama Tower of London opposite Basil Rathbone, the legendary Vincent Price got his chance to step into the starring role for a film of the same title (though not really a remake) grabbing various elements from William Shakespeare's Richard III and other plays to create a very dark but drive-in-friendly study in royal villainy. The film ended up being released by United Artists as the first of a small string of Price films meant to lure in moviegoers thinking they might be similar to his Edgar Allan Poe cycle, alongside other stabs like Twice-Told Tales and Diary of a Madman.

Here Price plays Richard, the Duke of Gloucester, who's none too pleased when his brother, George (Macaulay), is named Protector of the crown and decides to give his sibling a few knife stabs to take care of the situation. After a failed and murderous bid to discredit the two young princes who are next in line to the throne, Richard conspires to become their legal guardian and is soon haunted by the ghosts of those he has killed in his lust for power, including his equally manipulative wife (Camden) whom he strangles in a supernaturally-induced rage. Haunted by a spectral prophecy that he will be killed by a dead man, Richard becomes increasingly paranoid as he claws his way to ruling the kingdom by any means necessary including torture, imprisonment, and more bloodshed.

Shot in a speedy two weeks by Corman and company (including a young Francis Ford Coppola on hand as dialogue director just before doing Dementia 13), this film takes 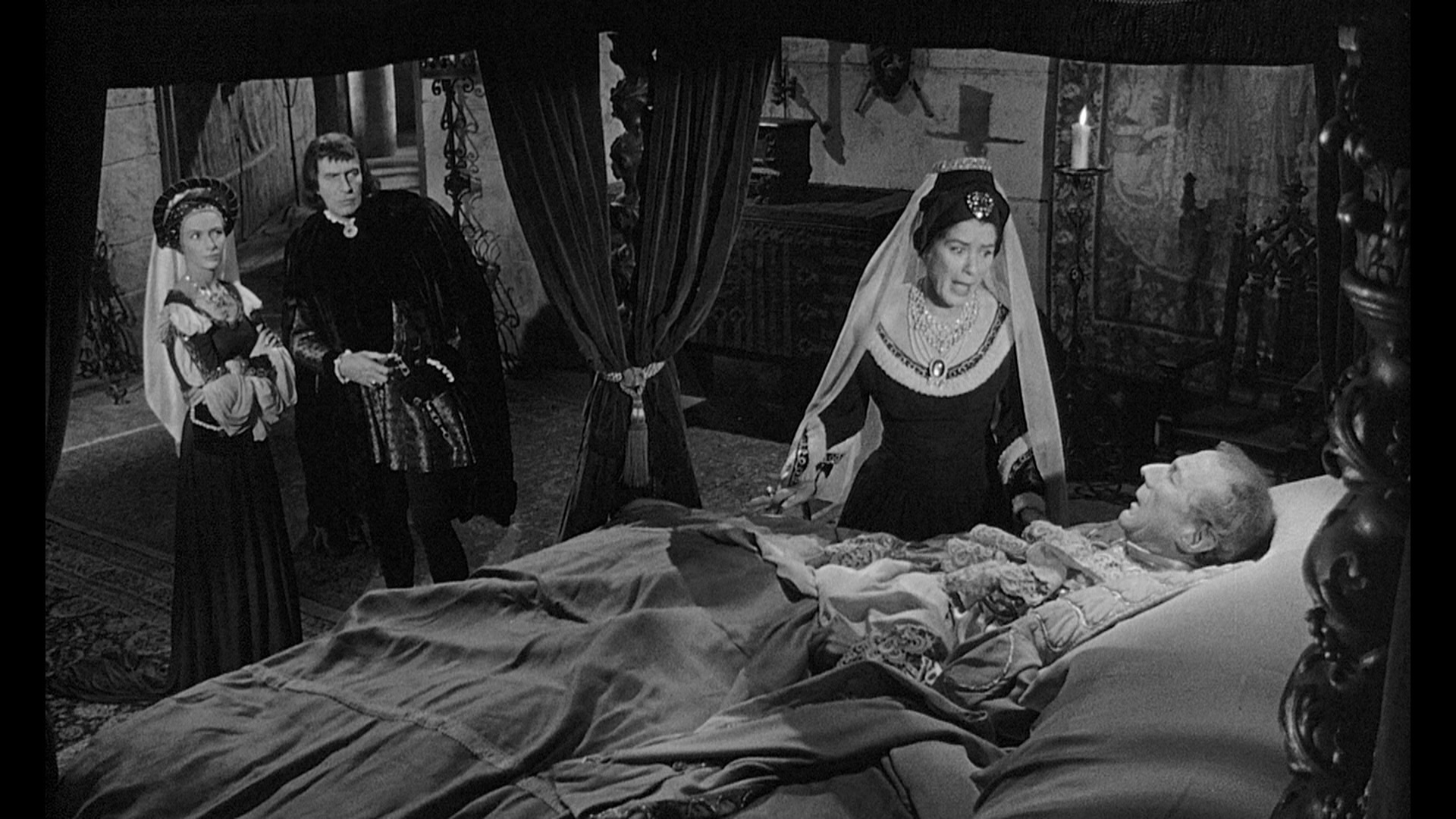 major liberties with its theatrical source material; however, that makes sense considering 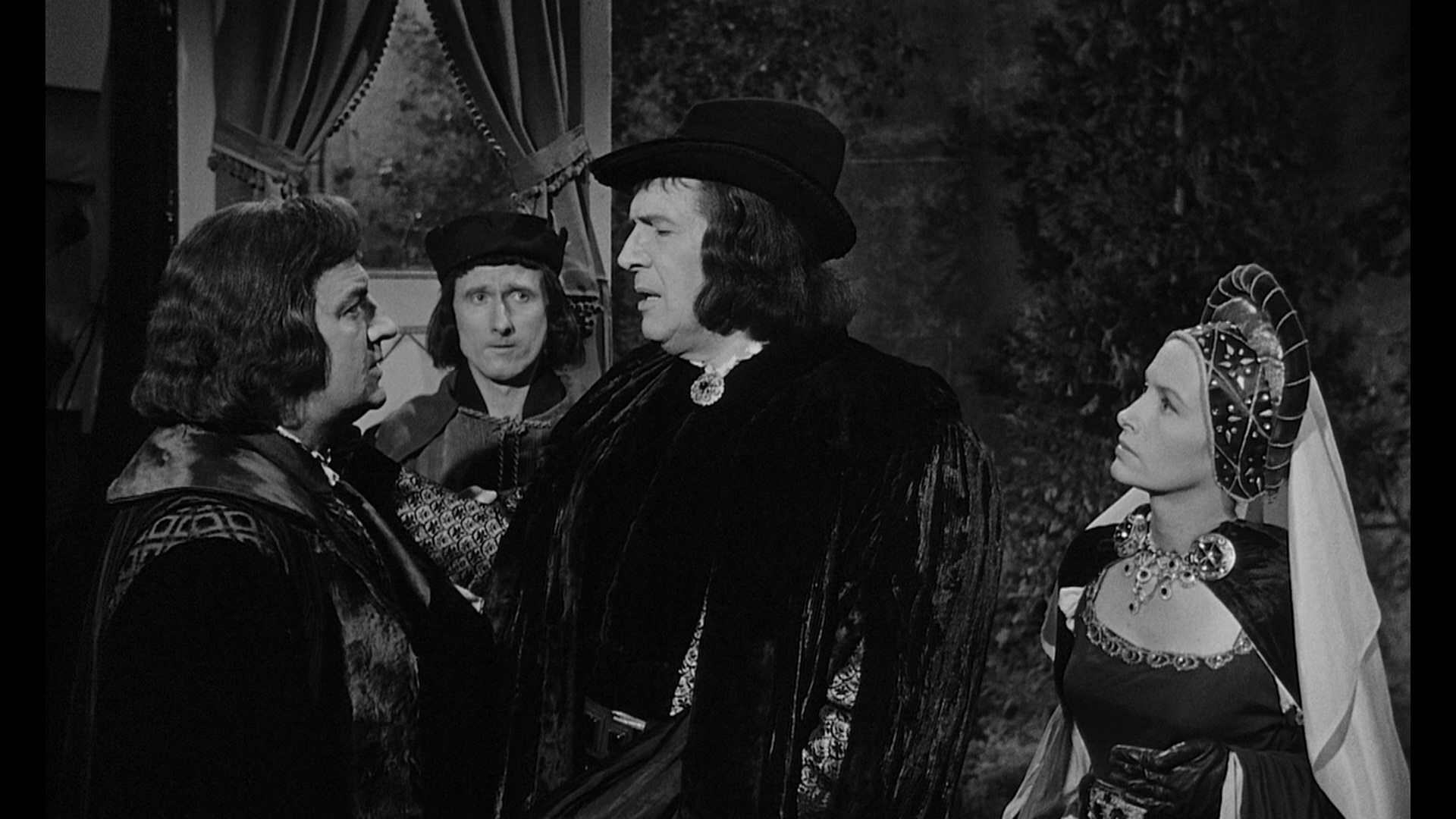 this is supposed to be a wild Price vehicle with the actor in fine melodramatic form here sporting a big hunchback and freaking out every five minutes or so as a random ghost or two pops up to poke his conscience. Corman manages to wring a lot of style and period atmosphere out of his visibly cheap sets and costumes as usual, giving the film a rich, theatrical look that makes this a real feast for the eyes. Not recommended viewing for English lit purists, but Price fans will have a field day here.

Tower of London has had a fairly solid history on home video including a variety of incarnations from MGM including a flat letterboxed transfer. In 2016, the film made its HD (and anamorphic) debut with a fine 1.66:1 transfer created by MGM as part of Scream Factory's The Vincent Price Collection III Blu-ray box, packaged with Master of the World, Diary of a Madman, Cry of the Banshee, and the hour-long An Evening of Edgar Allan Poe TV special. Extras for this film included a 7-minute Corman interview, a 14-minute interview with producer Gene Corman, a pair of Price episodes from the TV series Science Fiction Theatre ("One Thousand Eyes" and "Operation Flypaper"), and a gallery of poster art, production shots, and promotional stills.

Arrow Video took a stab at the film for its UK Blu-ray debut a year later as a standalone release, featuring the same excellent transfer (really, it's beautiful in motion) with a beefier bit rate and very similar overall appearance. The LPCM English mono audio 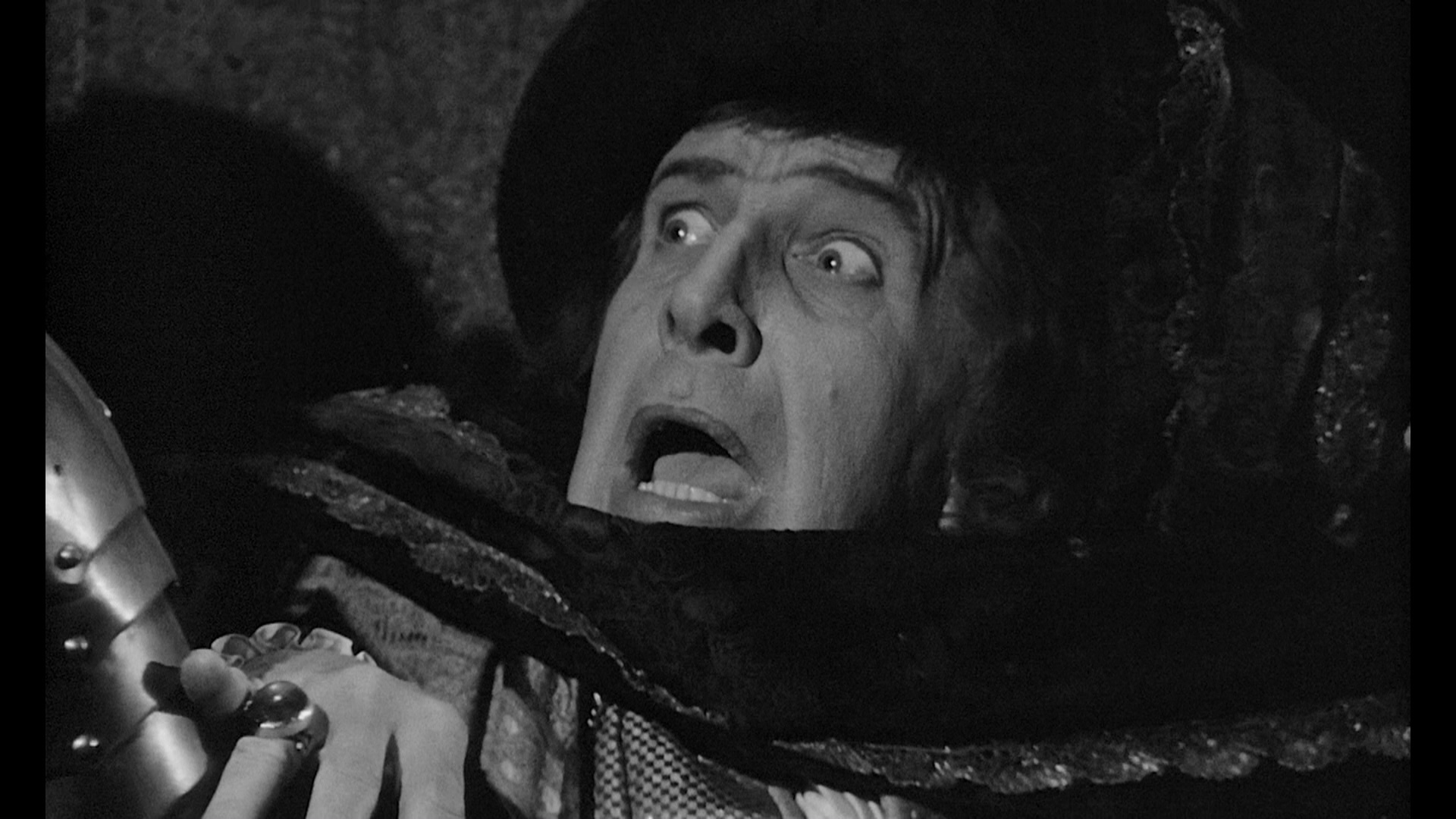 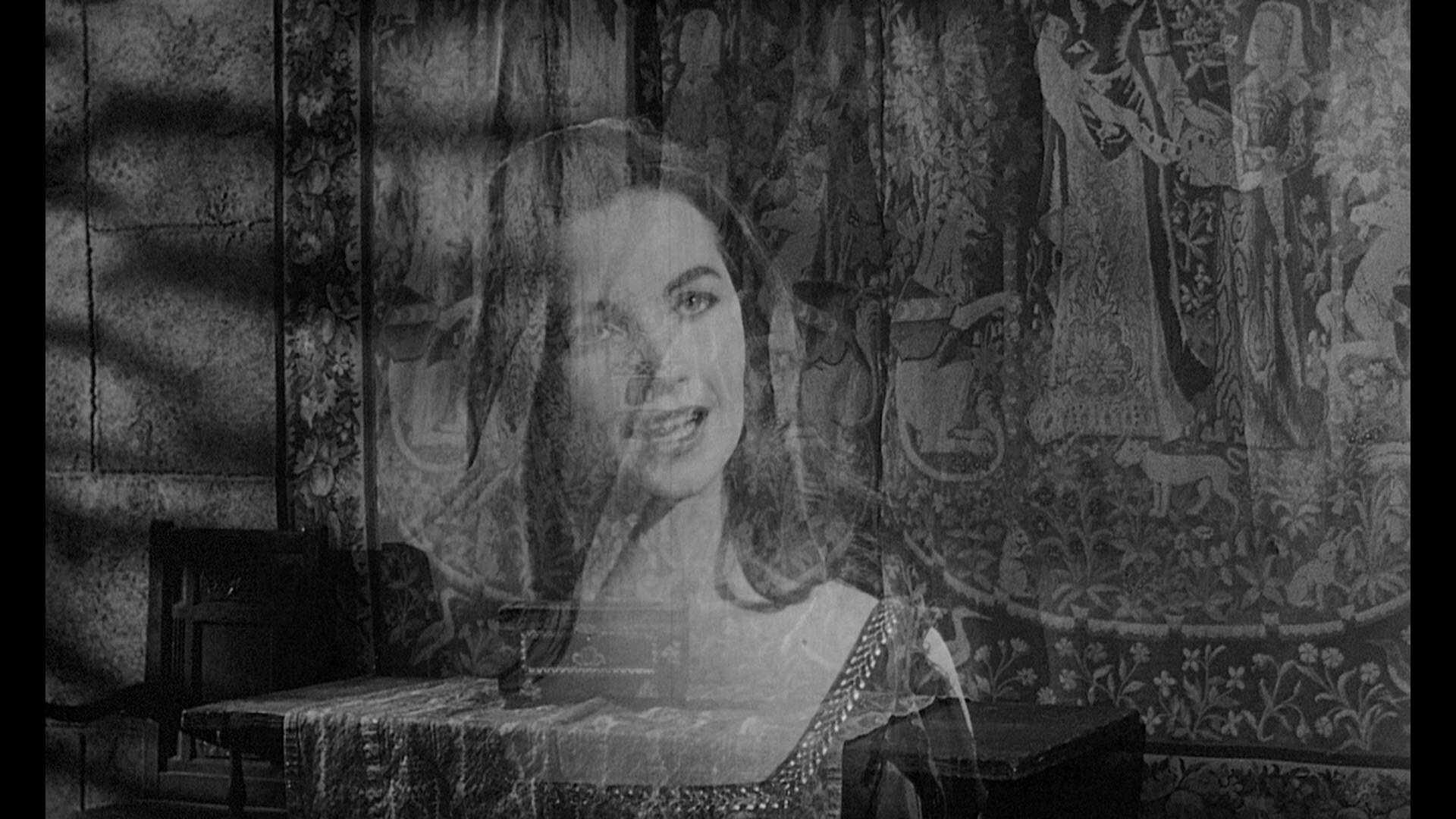 as well, with optional English SDH subtitles. Both the Roger and Gene Corman interviews are carried over, with a revised slideshow spotlighting the film's colorful lobby cards and posters. The big new exclusive extra here is an audio commentary with Tara Gordon, daughter of screenwriter Leo Gordon (better known as a western actor and a Price co-star in The Haunted Palace), with moderator David Del Valle. They're full of stories (ranging from hilarious to incredibly sad) about growing up in the "Corman orbit," Price's issues of switching to black-and-white in contrast to the colorful Poe films, the star's issues with the film (and how he got to revisit the material a bit in Theatre of Blood), the fates of the other actors and behind-the-scenes personnel, and the consequences of flying through the production at a breakneck speed. As usual the disc comes with reversible sleeve options with the original poster art and a moody new design by Dan Mumford, plus (in the first pressing only) an insert booklet containing a new essay about the film by Julian Upton.