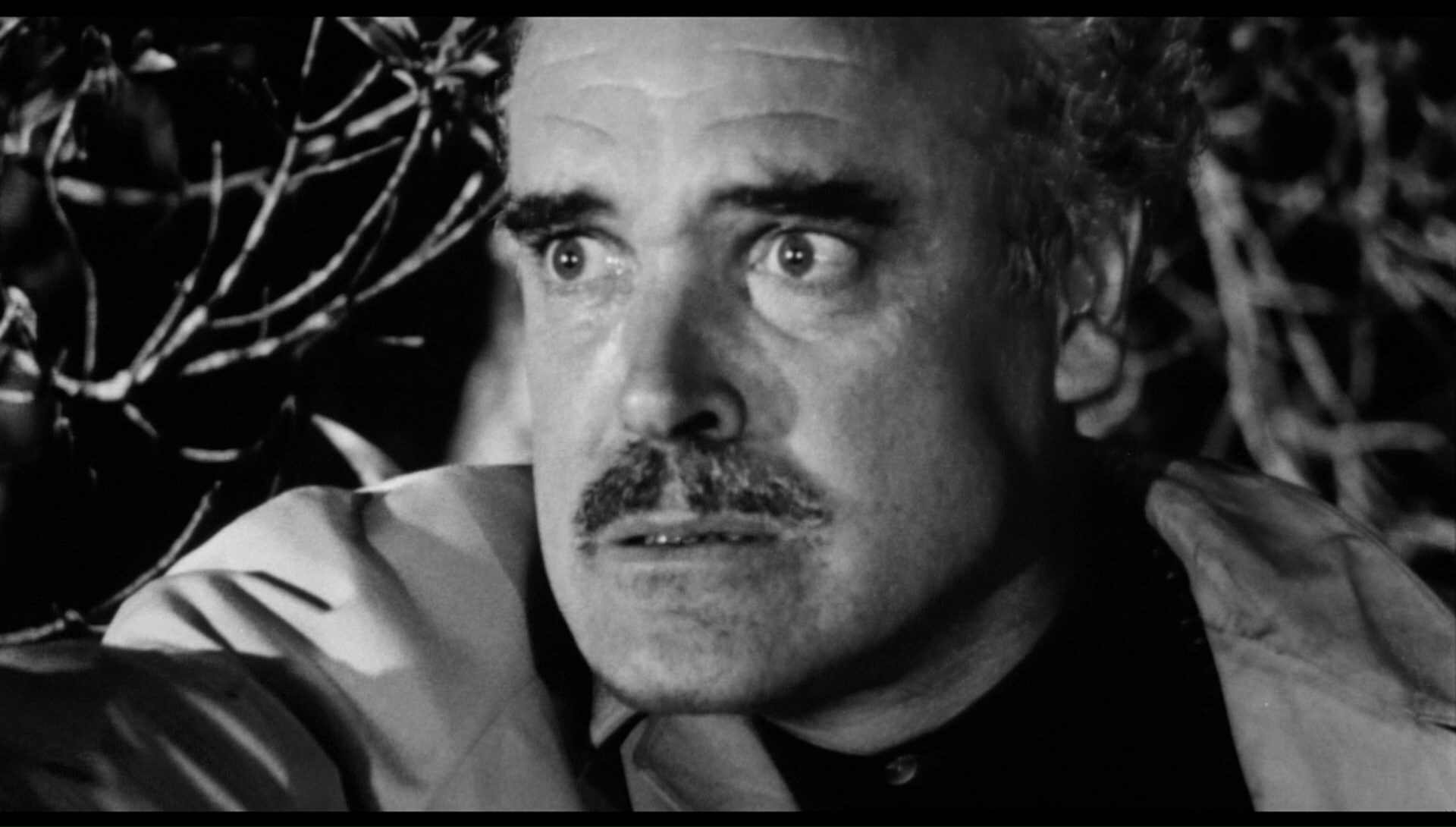 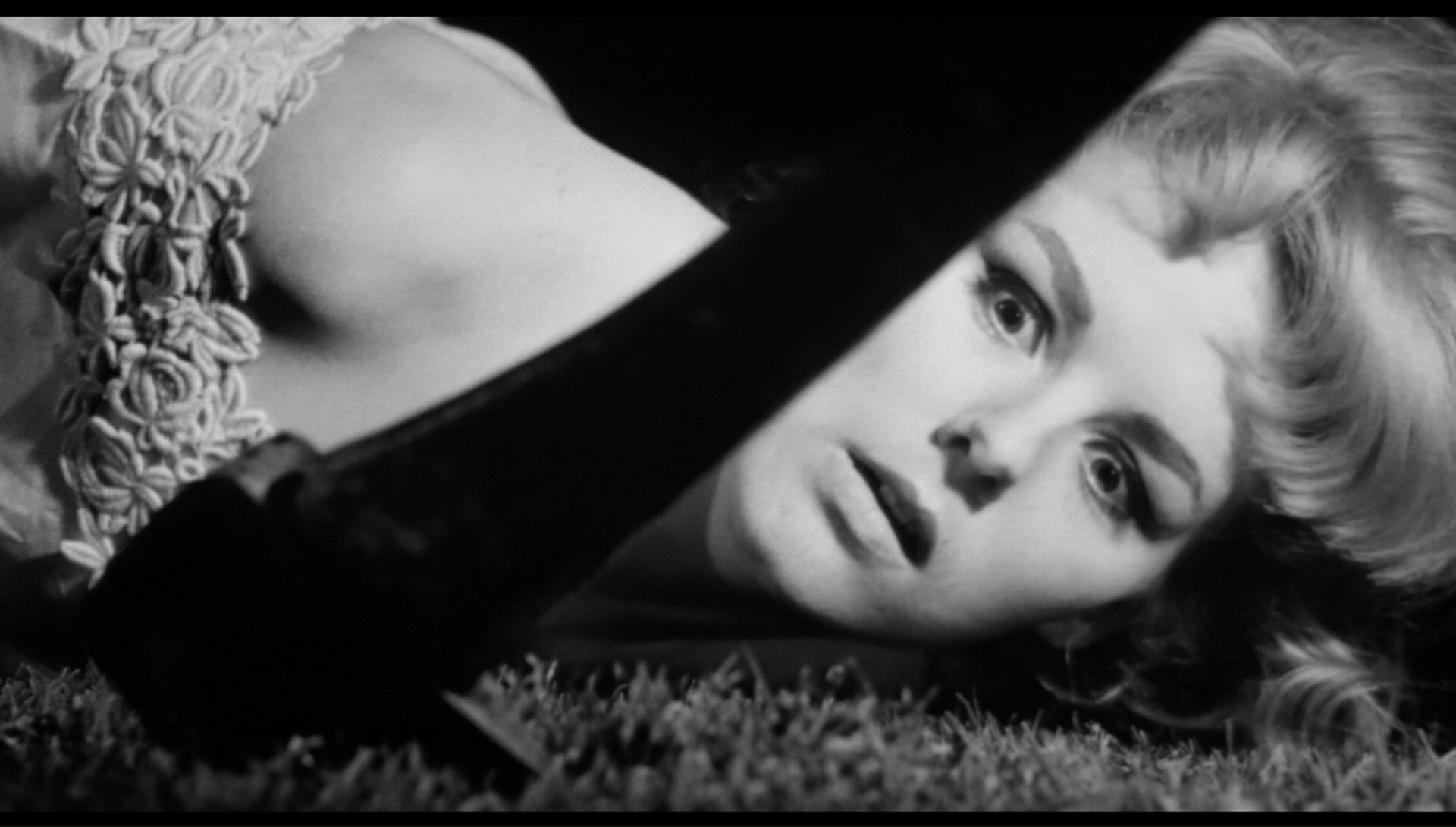 Long before he made a splash with The Godfather, Francis Ford Coppola was part of the stable of young talent supervised by Roger Corman for American International Pictures during the 1960s. Though he started out with innocuous nudies like The Bellboy and the Playgirls, Coppola soon proved his worth against seemingly impossible odds with Dementia 13, one of the most memorable Psycho knockoffs. With the aid of clever casting, imaginative photography, and some genuine seat-rattling shocks, this zero budget quickie became a late night TV favorite and has haunted viewers for nearly four decades.

During a nocturnal rowboat trip, crafty Louise Haloran (Corman favorite Anders) is appalled when her manipulative husband, John, drops dead from a heart attack. Since Louise hasn't been written into John's aristocratic family will, she dumps his body over the side (along with his gurgling transistor radio) and types out a note alerting John's mother that she will be coming over to the family estate in Ireland for a little visit. The Haloran estate welcomes Louise with open arms, particularly when she poses as a psychic with an ability to contact the spirit of John's long-dead sister, Kathleen. The family matriarch (Dunn) proves the most susceptible to Louise's manipulations, but John's brothers, Richard (Campbell) and Billy (Patton), may not be so easily swayed. Then there are the other parties involved, such as the family doctor, Justin Caleb (the always fascinating Patrick Magee), and a weird groundsman with a penchant for hunting at night (a minor character with a gory punchline added during reshoots by Jack Hill). Soon an axe-wielding maniac is on the loose at Castle Haloran, and some dark, gruesome family secrets are soon revealed.

Simply put, Dementia 13 is a horror film that either grabs you right away or doesn't. The rich, atmospheric opening sequence (in which both characters seem to be floating in a black void with a catchy rockabilly song playing on the radio) is just the first of many memorable sequences; thanks to Coppola's visual skill, even a simple visit to a child's bedroom at night becomes a visual tapestry of macabre faces and menacing shadows. The film's real tour de force (and most direct borrowing from Psycho) occurs a third into the film; this lyrical, 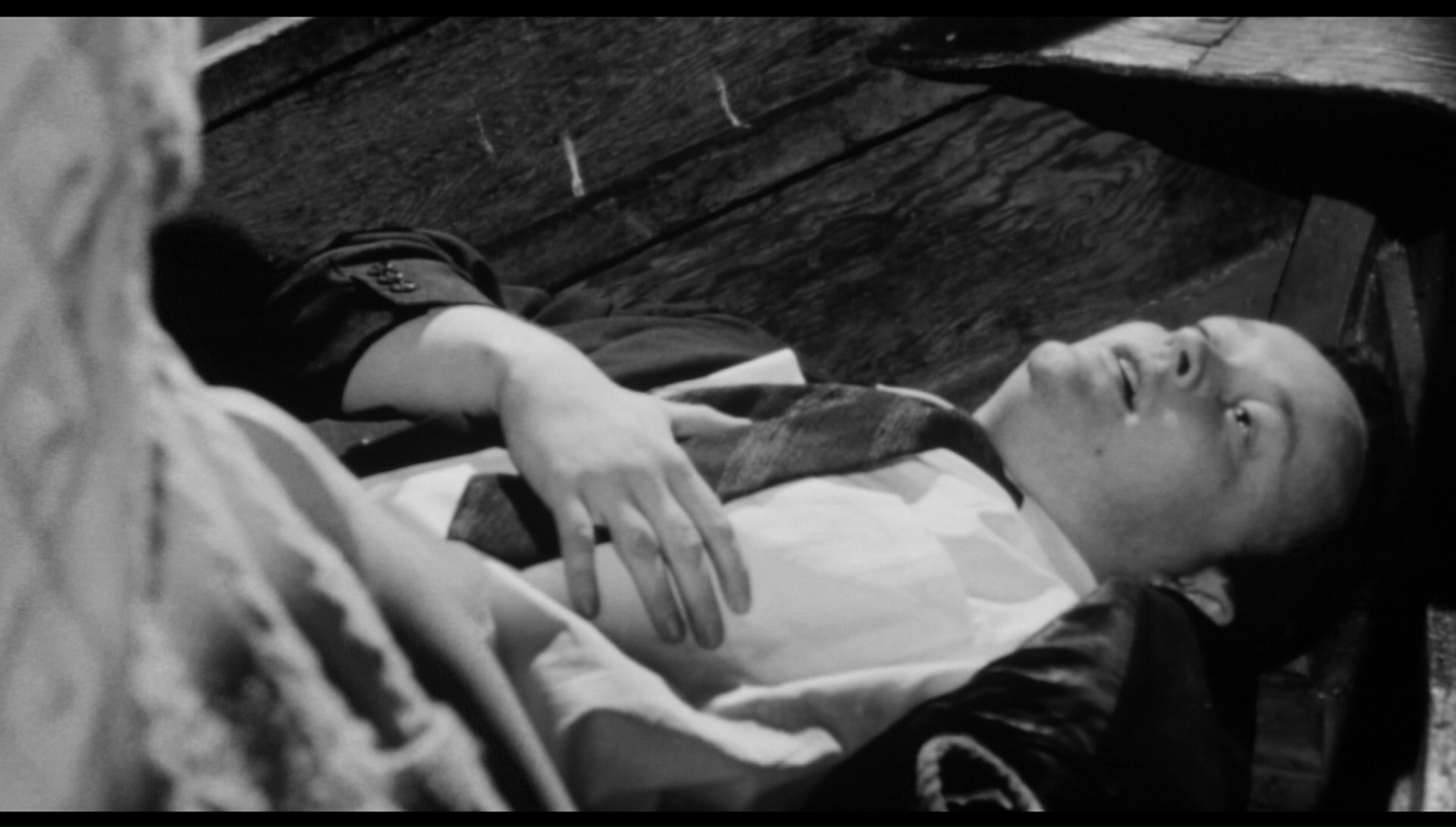 horrific set piece is one of the finest hours of '60s horror but can't really be discussed further without destroying the story. The killer's identity isn't really much of a surprise, but the plot still contains enough novel twists and turns with each character to keep the viewer riveted to the screen. Kudos as well to composer Ronald Stein (The Haunted Palace), who produced what is arguably his finest work ever with a chilling combination of harpsichord, strings, and percussion, later duplicated almost exactly in Danny Elfman's The Frighteners.

Due to a legal snafu with Roger Corman's The Filmgroup company, Dementia 13 wound up falling into the public domain and has suffered from some of the worst transfers in home video history. The delicate black-and-white photography has more often looked like a blurry mess on VHS, while a flawed but improved version turned up in the late '90s from The Roan Group on laserdisc. Massive print damage is evident throughout, the 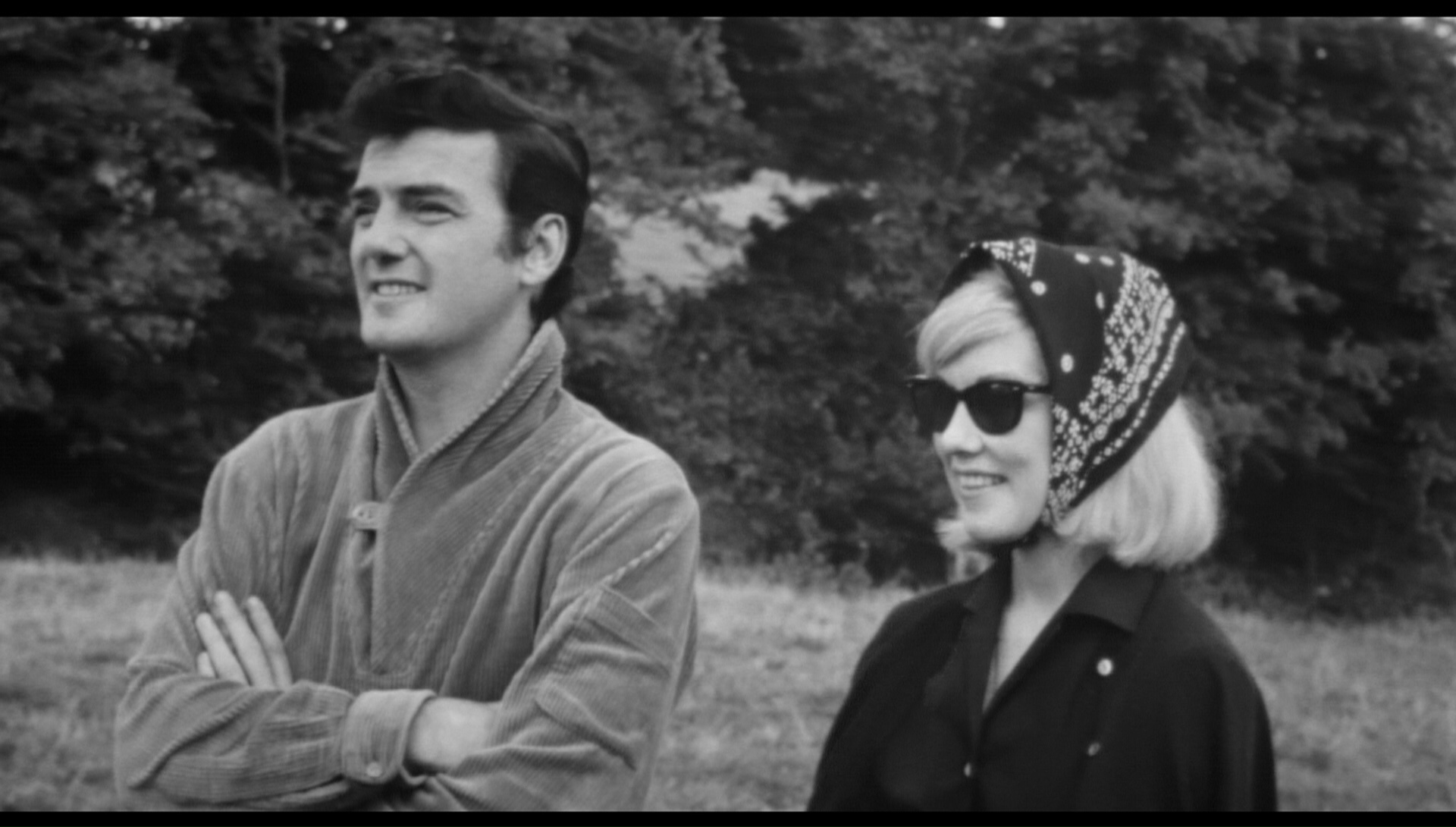 image is smudgier than titles made decades before it, and the aspect ratio measures out to an odd 1.50:1 despite the 1.66:1 listed on the sleeve. The mono audio is a little cleaner than the tape counterparts, but some of the dialogue is still muddier than it should be. More immediately pleasing are the extras, including the theatrical trailer (complete with a terrific admonishment from a "medical expert" about the psychological aftermath of Psycho's theatrical release), a feature audio commentary from Campbell detailing the location shooting and various people involved with the production, and a digital counterpart to the "D-13" test (a psych evaluation from the theatrical run) originally reproduced as an insert with the laserdisc. The same package was ported over by Roan for a DVD release under the Troma banner (oddly enough) in 2000, with some iffy compression making it look a bit less impressive. 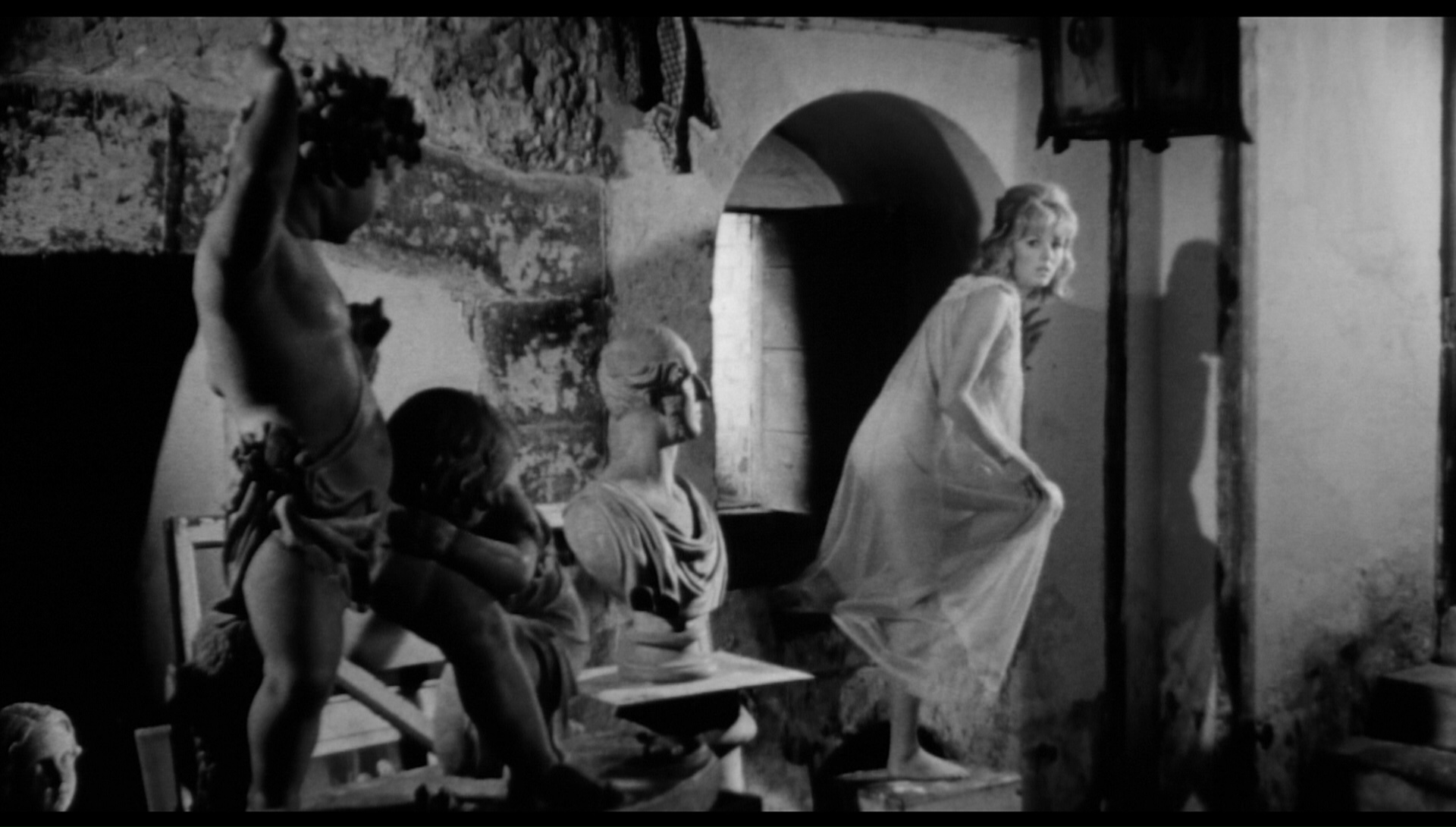 There's no point even going into the other DVD releases out there in the following years, with every single PD label offering one lousy presentation after another. In the interim MGM created a new full frame master from the superior print elements in its possession, though that was only screened on TV a couple of times and never used for a home video release of any kind. Hopes were high in 2011 when HD Cinema Classics announced a dual-format Blu-ray and DVD edition, which turned out to be a substantial improvement by far thanks to cleaner source material, a better gray scale, and a general upgrade all around. Unfortunately it's hampered a bit by some noise reduction that filters out the film grain and causes textured white areas in particular to look overly smooth. Still, a nice option for what it is. That same source material appears to be the basis for the film's second Blu-ray, a BD-R from The Film Detective (which has gone a long way to reviving the appearance of many mistreated PD films). The framing has been adjusted slightly with matting to 1.85:1, which doesn't appear to make a significant difference either way. Black levels are identical, but the noise reduction has been eased up a few notches; it's not that obvious in frame grabs, but motion you can see more grain and texture throughout. The DTS-HD MA two-channel mono audio sounds very clean and clear; as with the prior release, no extras are included. To get an idea of how they compare, click on the frame grab to the left from the Film Detective release and then look at this one from the Roan/Troma DVD and this one from the HD Cinema Classics Blu-ray.