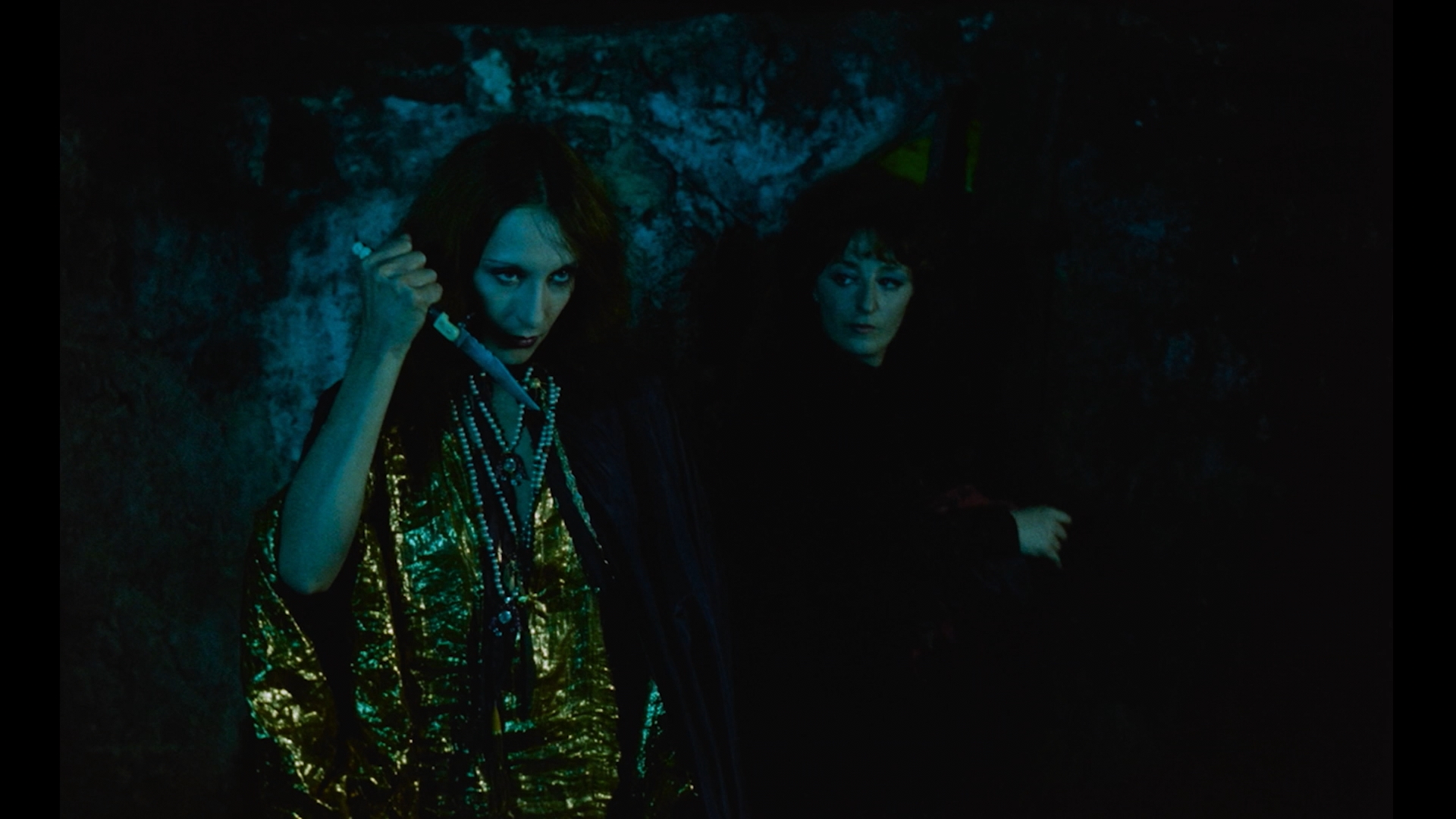 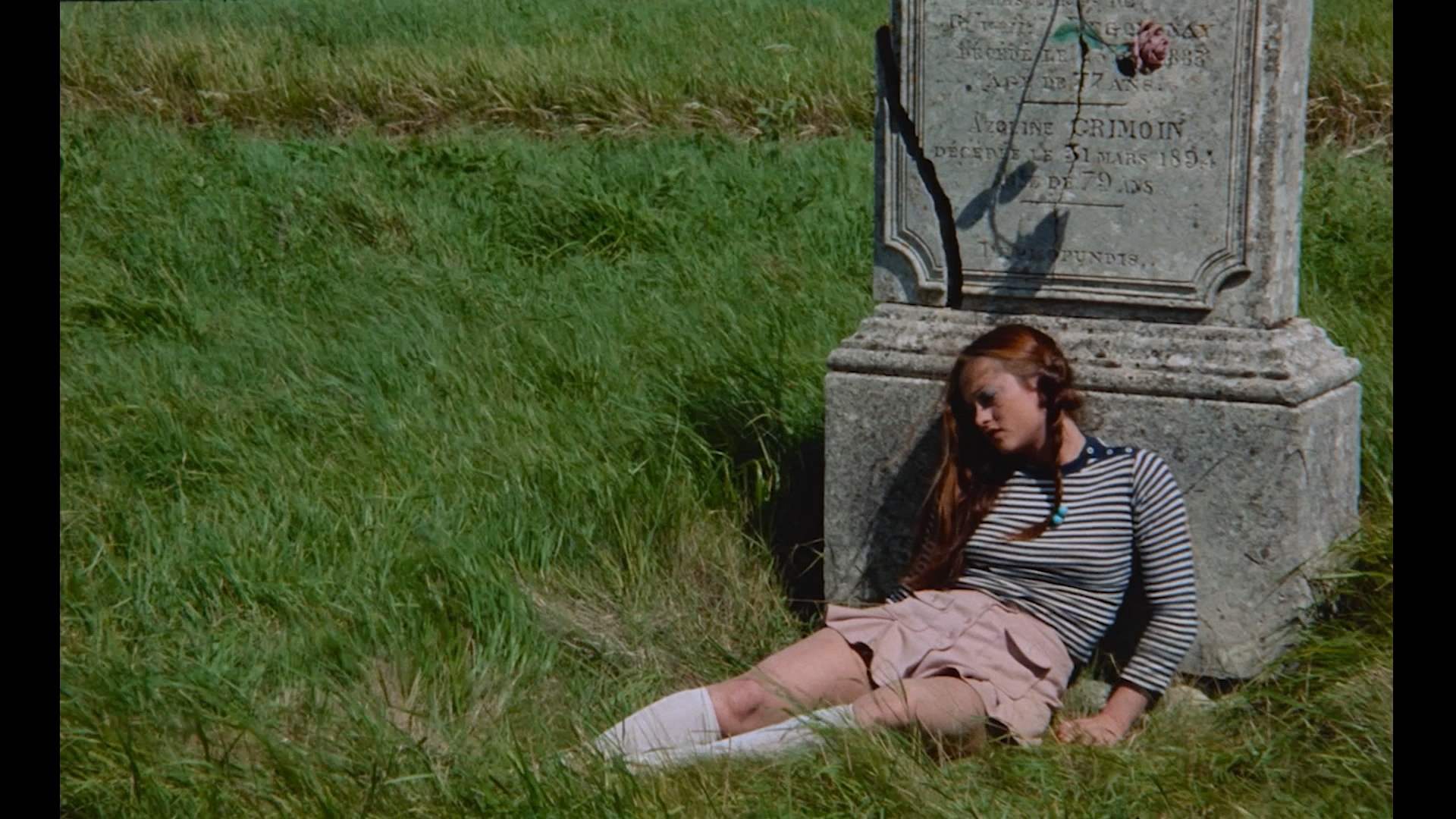 robbery they have just committed, two pigtailed girls (Castel and Dargent) are forced to flee through the countryside after their car breaks down. Decked in clown costumes (?), the girls wind up at a desolate castle presided over by a cult of vampires. Bloodsucking, copulations, and dreamy encounters in graveyards ensue.

Jean Rollin's most mainstream effort at the time of its release, Requiem for a Vampire nevertheless displays his obsessions as clearly as his most experimental work. Devoid of any spoken dialogue for most of its running time, the film introduces for the first time the beguiling "twin" girl protagonists who would later appear in such films as The Demoniacs and, most blatantly, Two Orphan Vampires. Originally conceived and occasionally screened under the title of Vierges et Vampires (Virgins and Vampires), the film has remained most strongly associated with the Requiem title due most likely to its slow, somber pace and palpable sense of enchanted, erotic dread. Unfortunately, this impression was pretty much blasted to pieces when Harry Novak trimmed it down for a U.S. grindhouse release as Caged Virgins, though it did sport a fairly nifty poster.

Essentially a reprise of the plot from Shiver of the Vampires, this film further removes the tethers of standard narrative as the girls undergo a serious of sensual, hallucinatory encounters, the most notorious of which features a vampire bat dining on menstrual blood. The free-form pacing eventually disintegrates into a nocturnal horrific montage as the 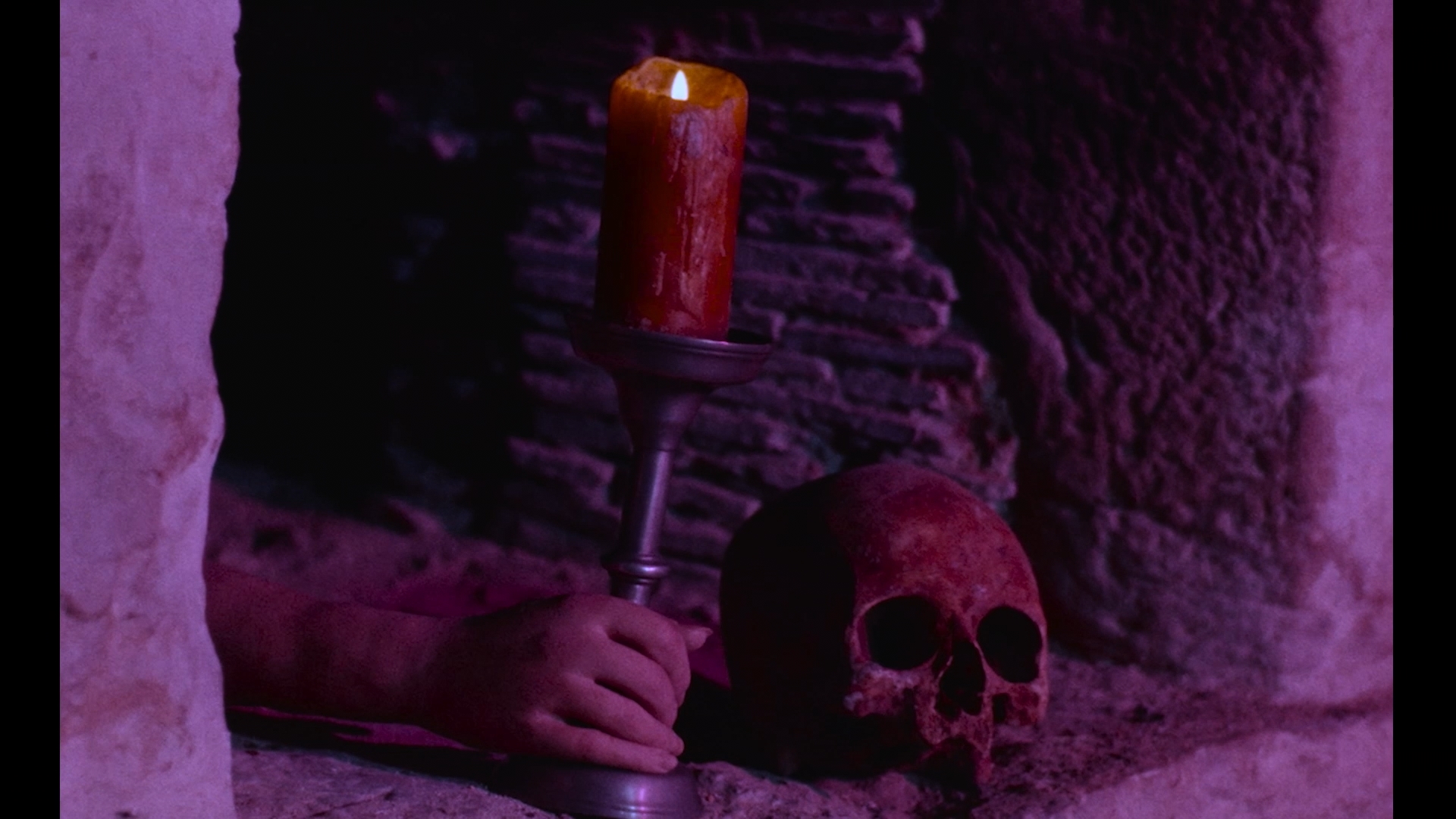 girls find themselves succumbing completely to the will of the creatures of the night. Steadily paced and obviously personal, this "naive" 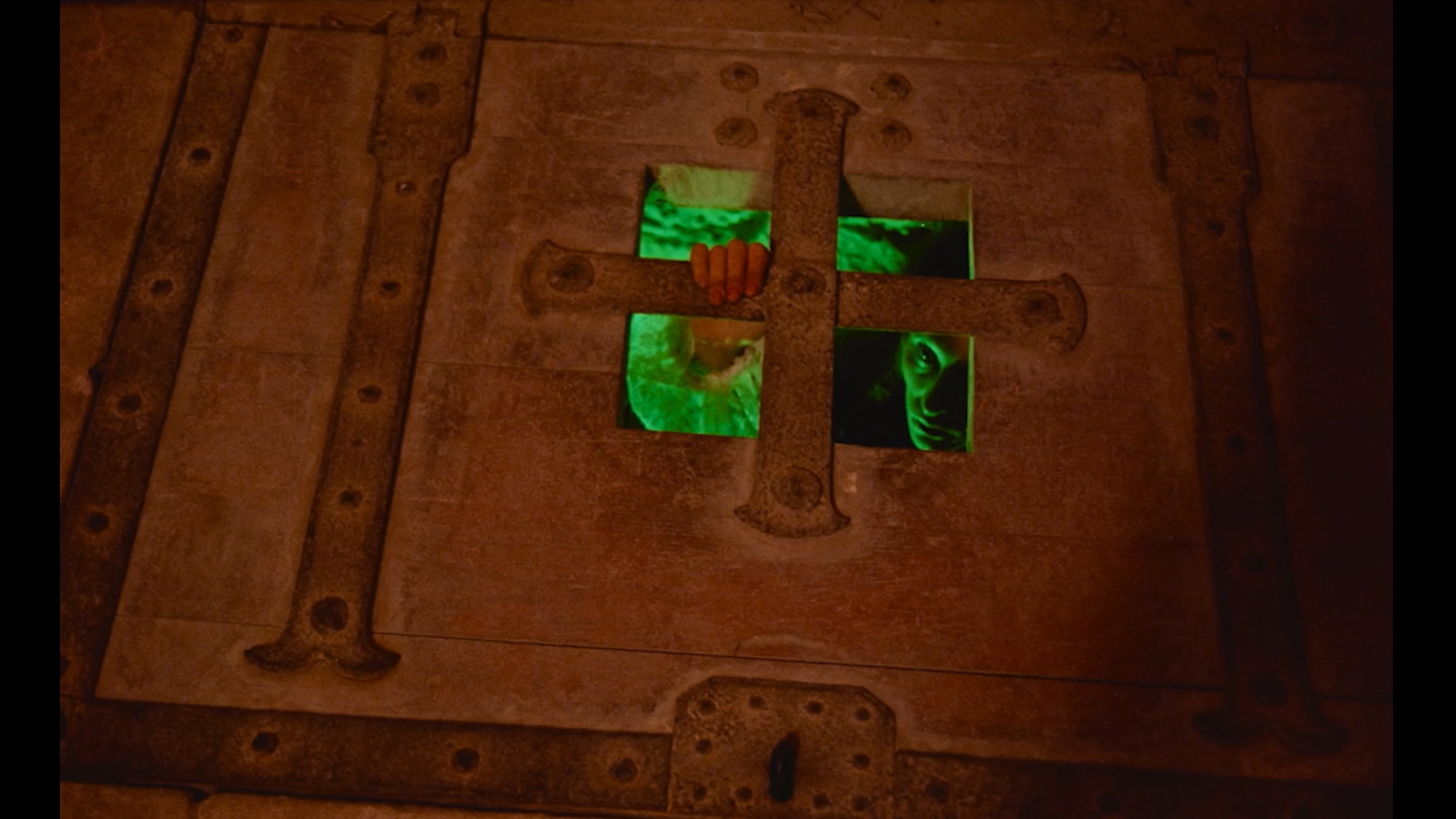 The image on every DVD and the much-needed Blu-ray editions is accurately letterboxed at 1.66:1; the transfer from the negative reveals countless layers of color and visual texture completely invisible on all other editions, with the Blu-rays obviously surpassing their predecessors in every way with far better fidelity to the red costumes and lighting which tended to become soft in standard def. The craggy edges of stones in the castle walls, the delicate sheen of fabric and cloaks sliding over bare skin, and the warm glow of sunlight over a country field look beguiling and realistic. All versions include the original French soundtrack with optional English subtitles, with the Blu-ray and some of its DVD 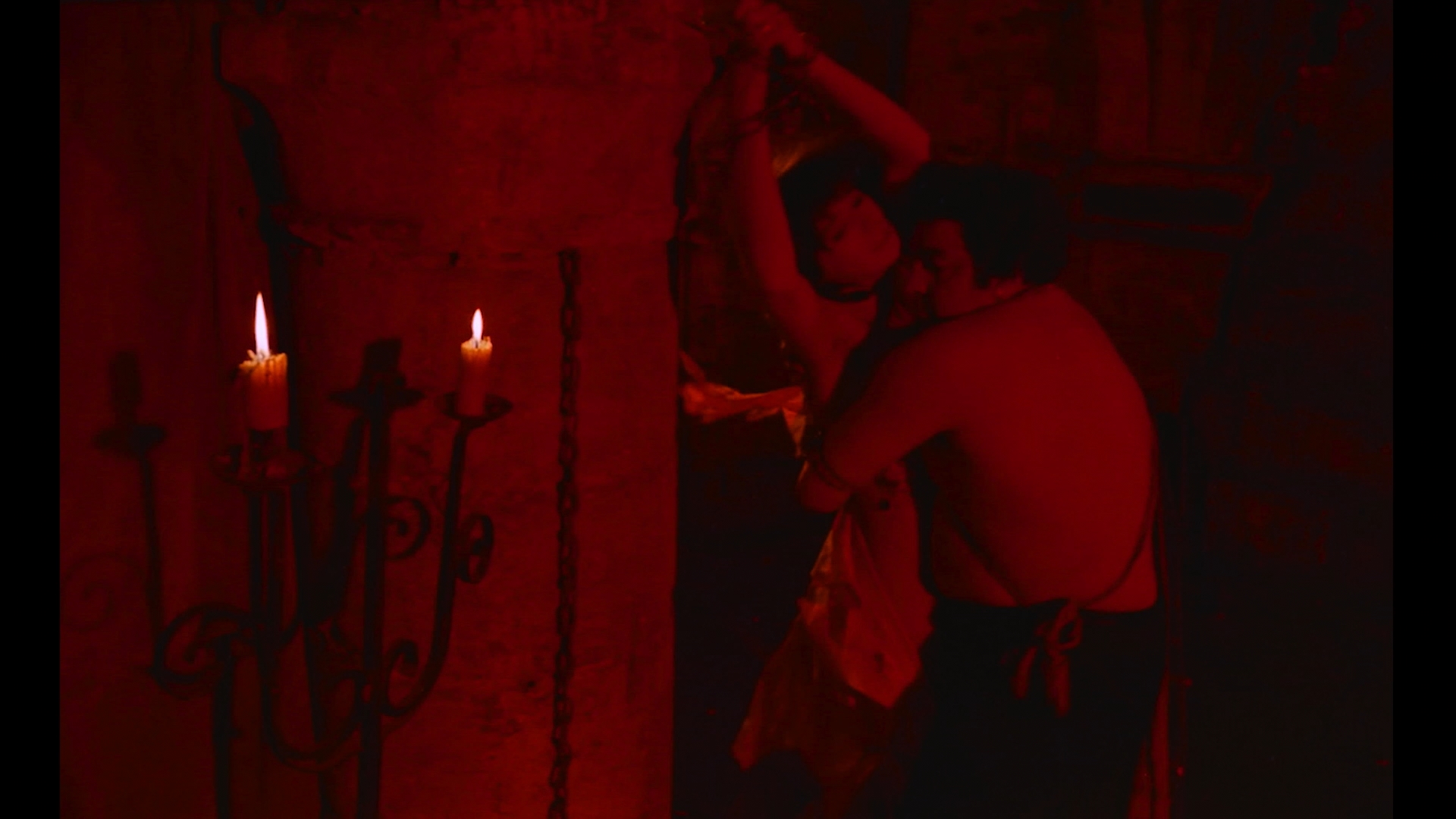 counterparts also offering the US dubbed track (it frankly doesn't matter, given the rarity of spoken words in the film). 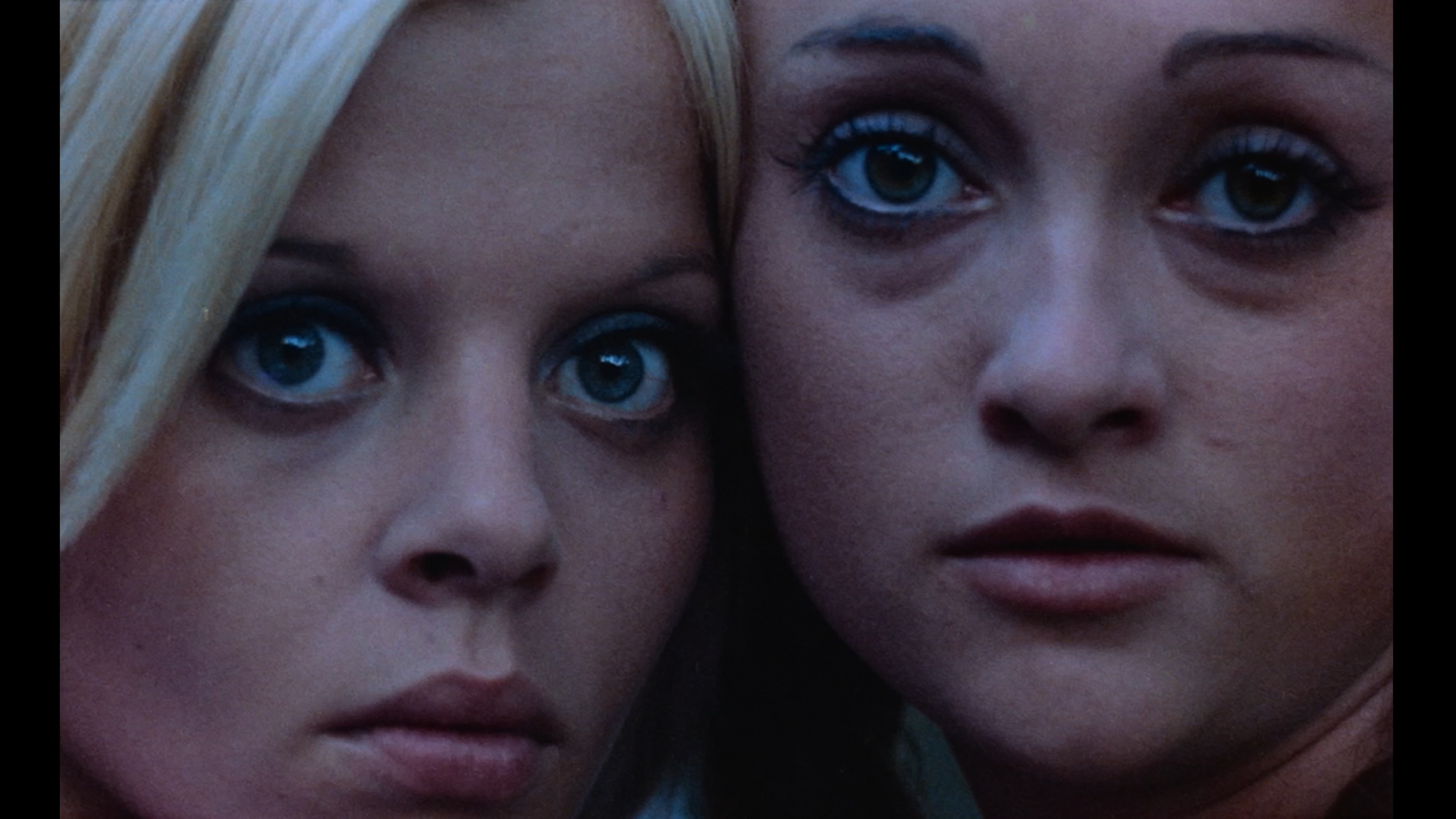 British horror magazine The Dark Side issued a heavily-cut version of the film as part of an otherwise excellent double-bill disc, which also featured Rollin's Fascination and the documentary "Virgins and Vampires," made by the team who went on to form cult DVD label Mondo Macabro. The earlier American release from Image was problematic in a different way as many players caused it to display with rampant combing issues and constant color shimmering, while the US Redemption reisssue was struck from the same master and only looked marginally better. A stunning triple-disc box set of Requiem was issued by Dutch company Encore Filmed Entertainment in October 2005. The film itself is presented as a digitally-remastered anamorphic widescreen print, and along with a host of DVD extras, the package is rounded out by an exclusive 64-page book. Following on from a similarly impressive edition of Rollin's The Demoniacs, this was the second release in an on-going series of definitive Jean Rollin DVD releases from Encore, in association with Britain's Redemption 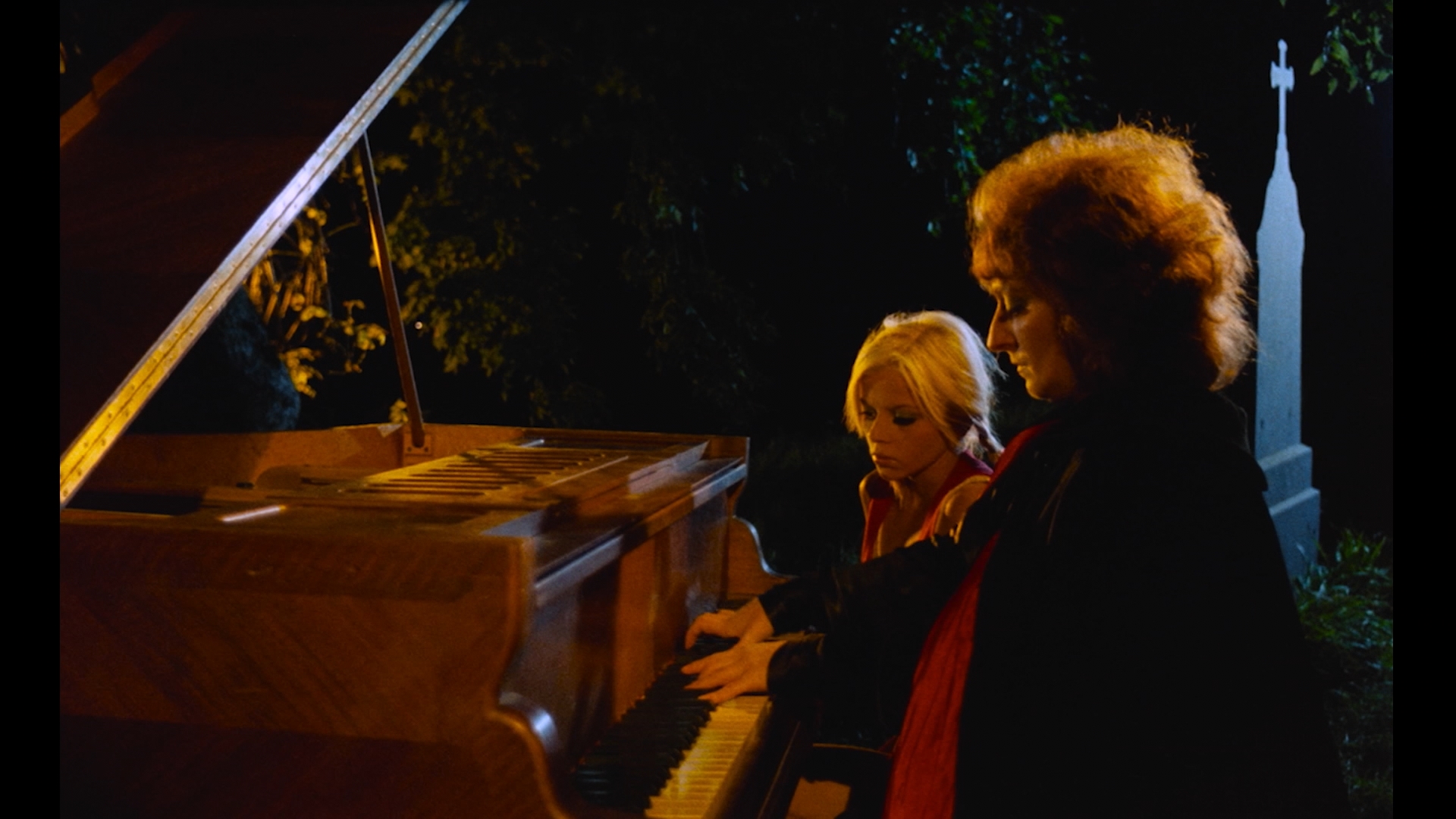 label. That set includes interviews with Louise Dhour and Paul Bisciglia, an excerpt of Rollin reading one of his books, three alternate 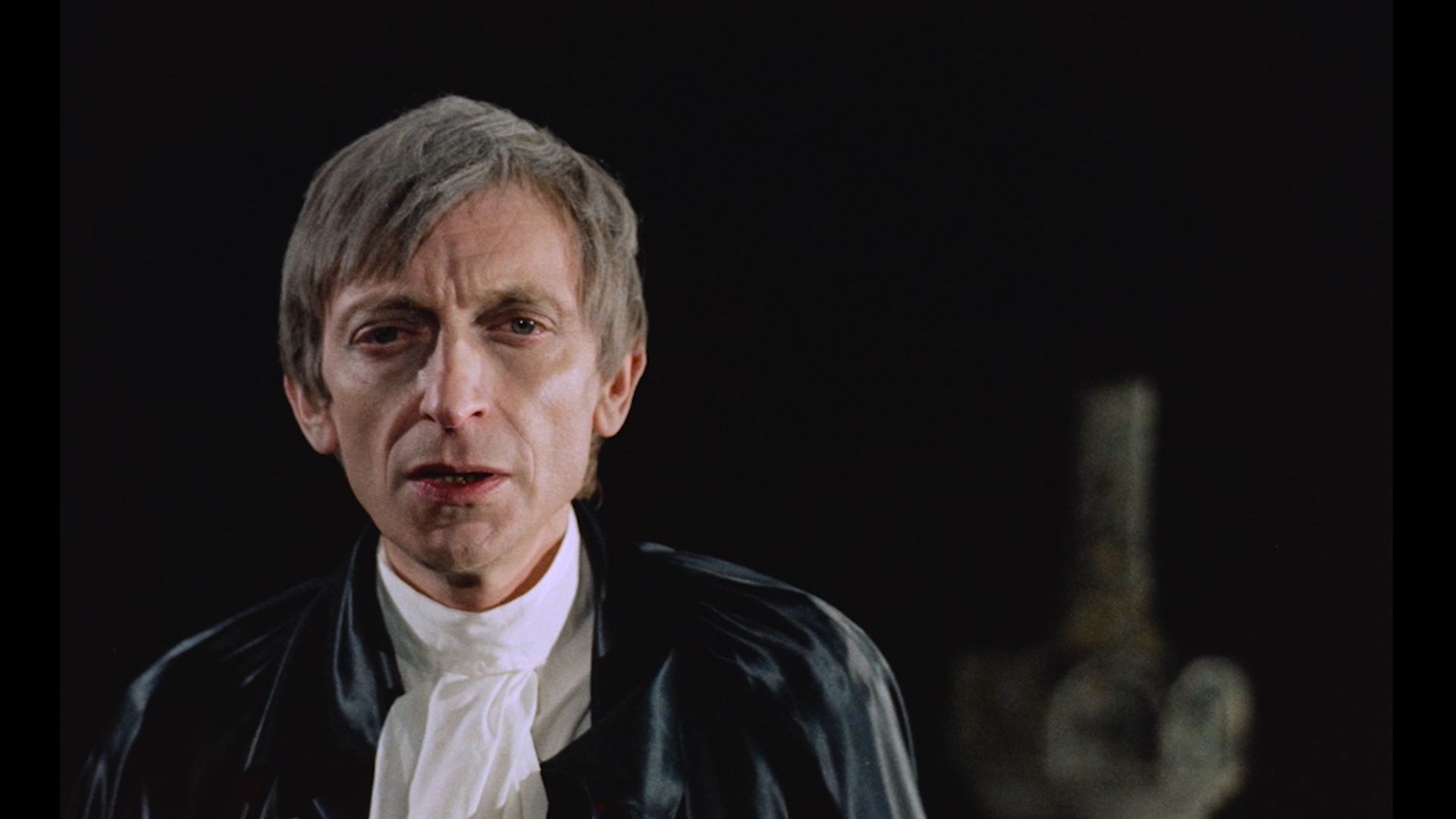 softer versions of scenes from the film, a photo gallery, and a video intro by Rollin. The Kino Lorber Blu-ray features a different, later, and shorter Rollin intro, along with the French and English trailers as well as the wild Caged Virgins one. The Dhor interview is carried over here along with Tim Lucas' set of insightful liner notes written for the second wave of Rollin Blu-ray releases. The most recent edition, a German Blu-ray/DVD mediabook from Wicked Vision, is a different 2K-sourced scan of the camera negative with some significant variations in color timing at some points including the opening pursuit (which now looks more like dusk) and a lot less orange than the Kino Lorber. Frame grabs in the body of this review are from the German disc, while comparison ones are below. Extras include a 24-page booklet by Pelle Felsch and Oliver Nöding, a Rollin video intro, the "The Shiver for a Requiem" featurette with Louise Dhour, "The Last Book" interview with Paul Bisciglia, the German, French, English and U.S. trailers, alternate scenes, and a photo gallery. 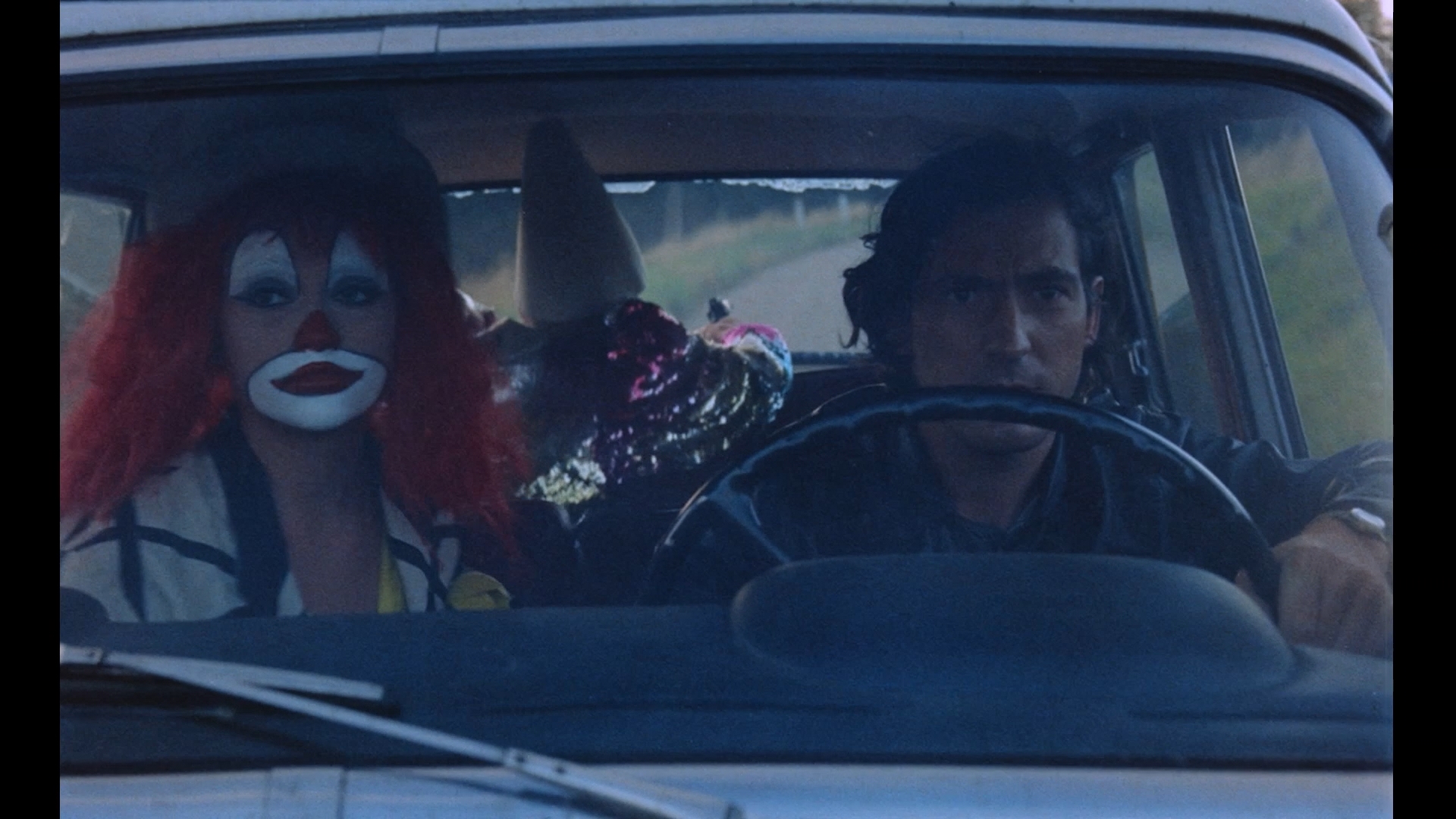 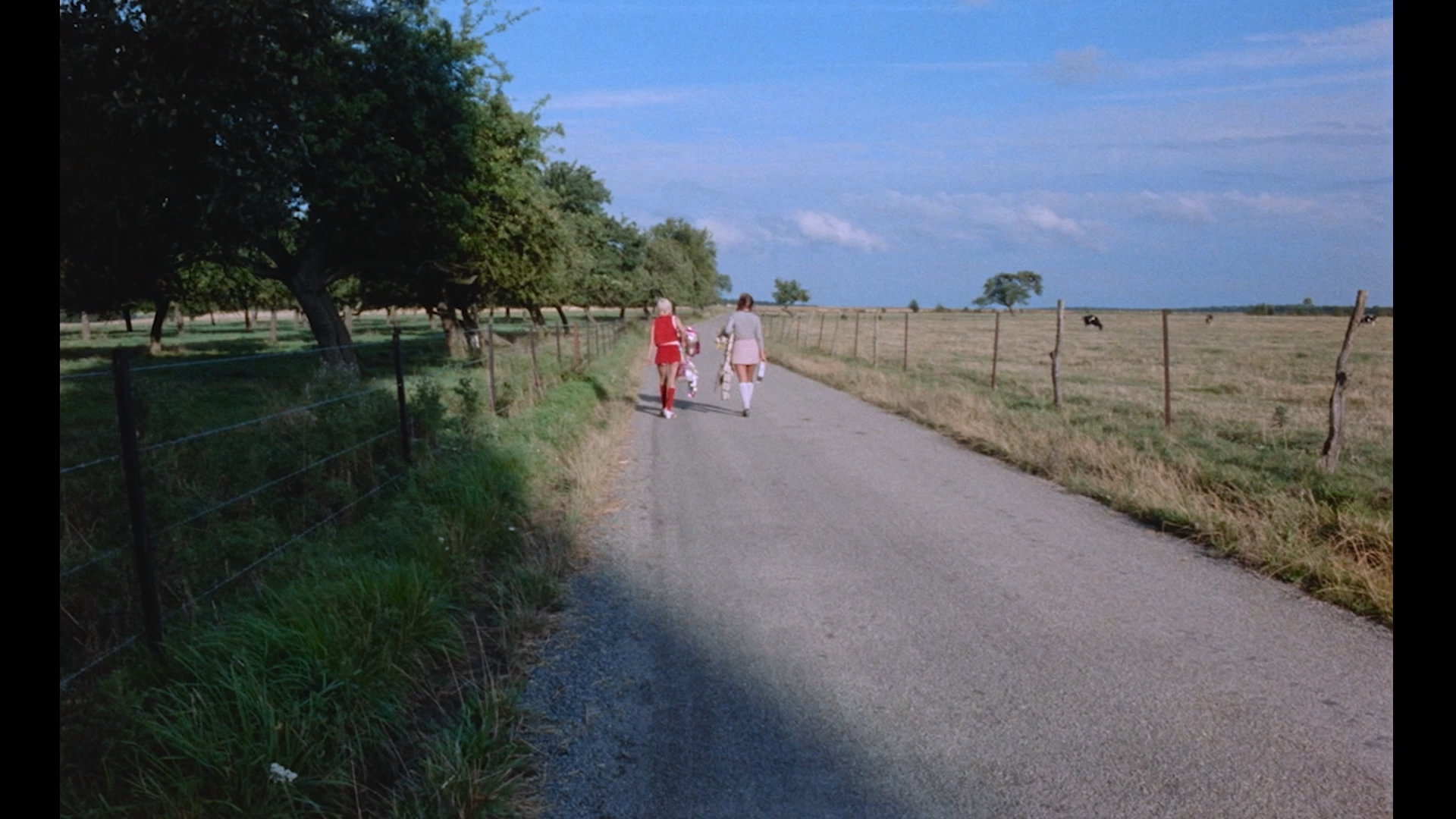 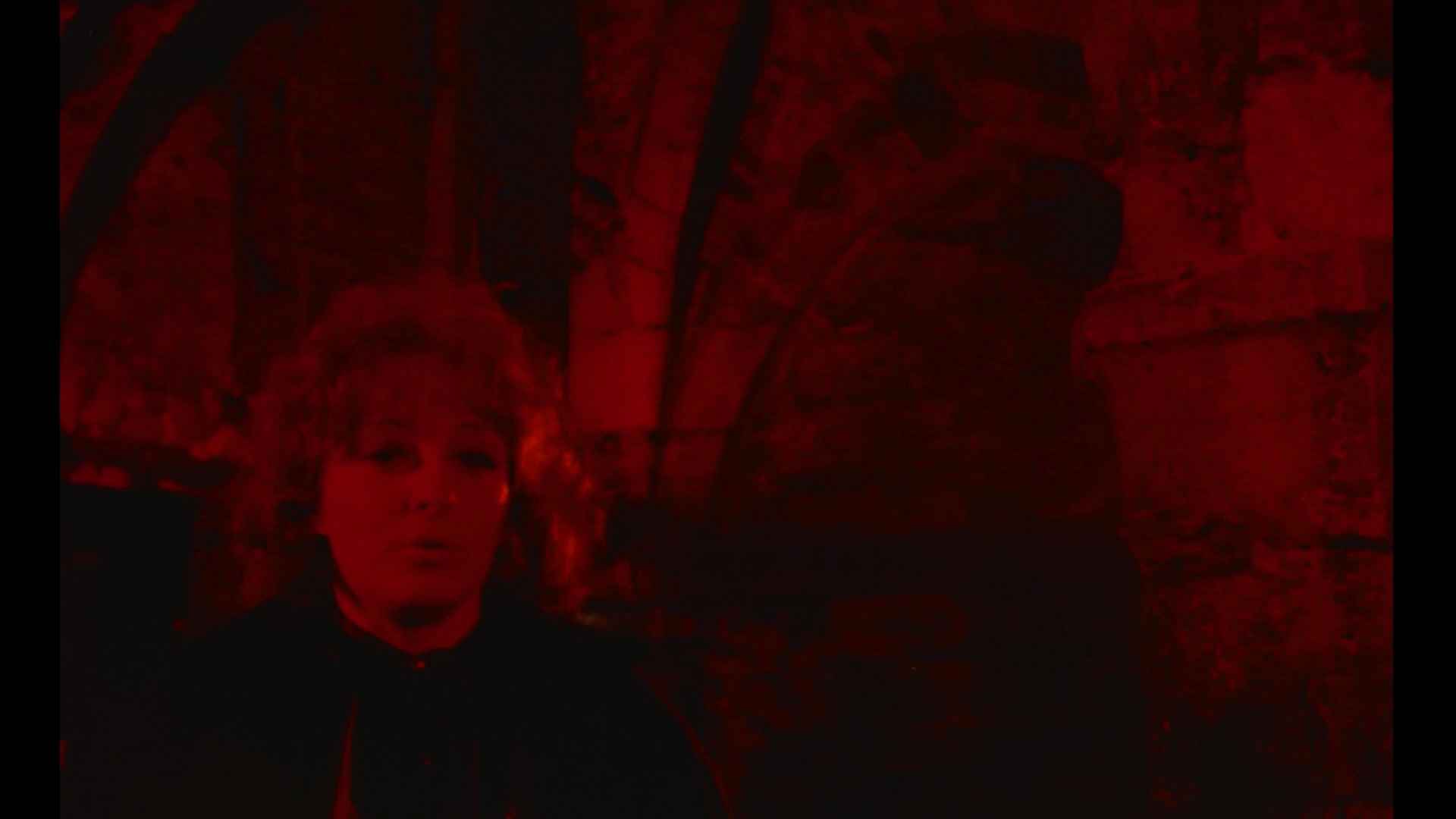 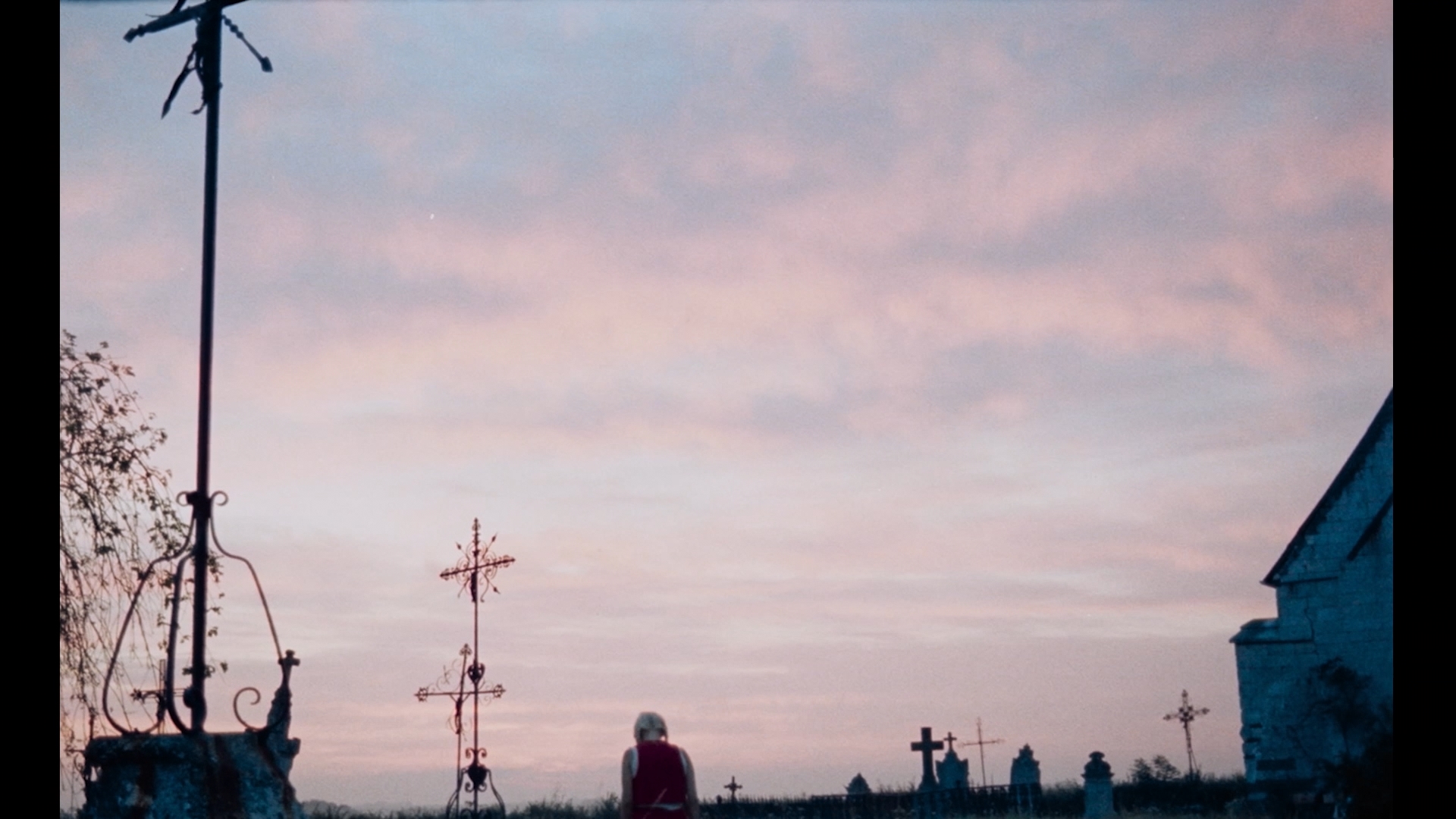 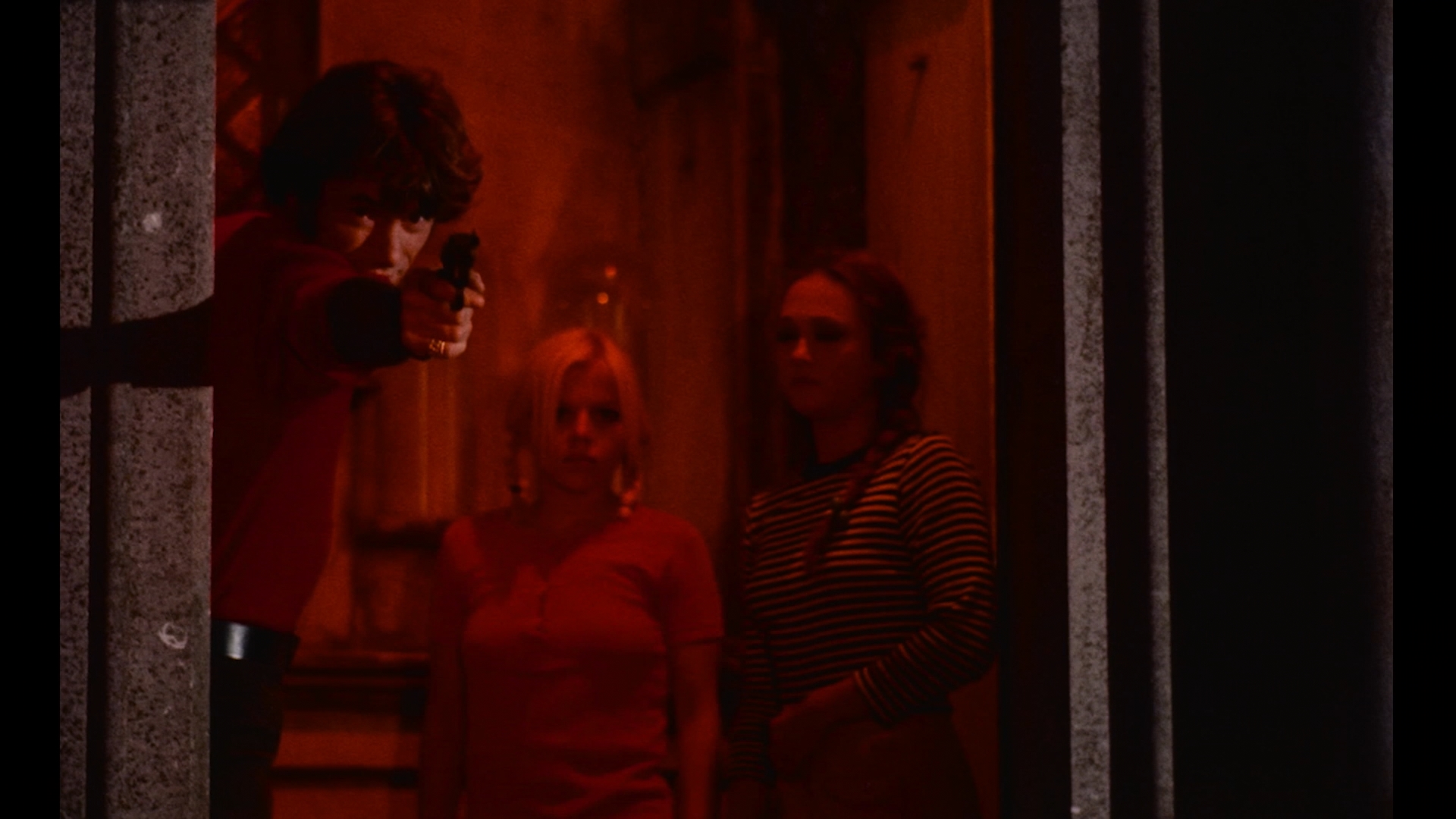 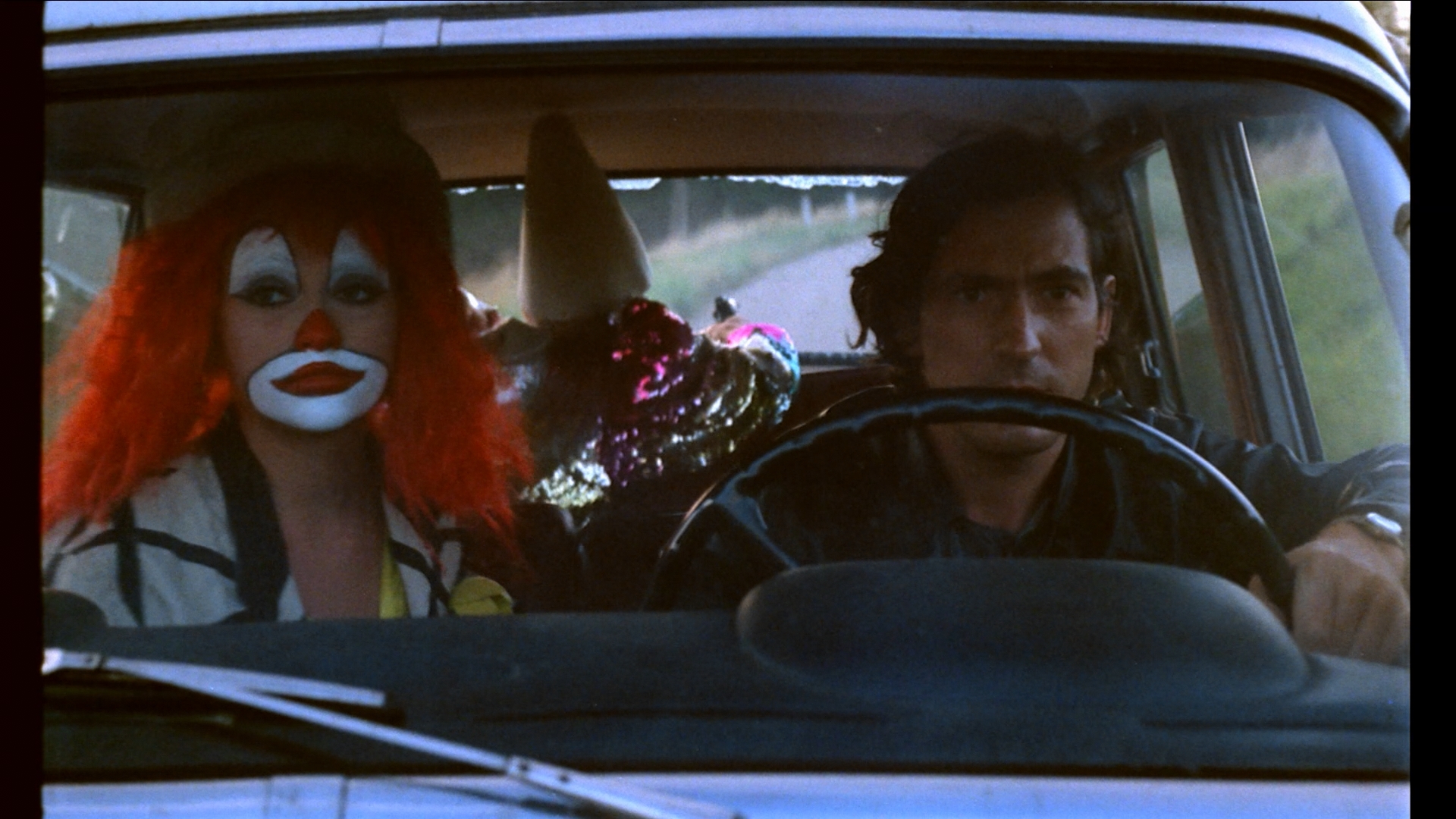 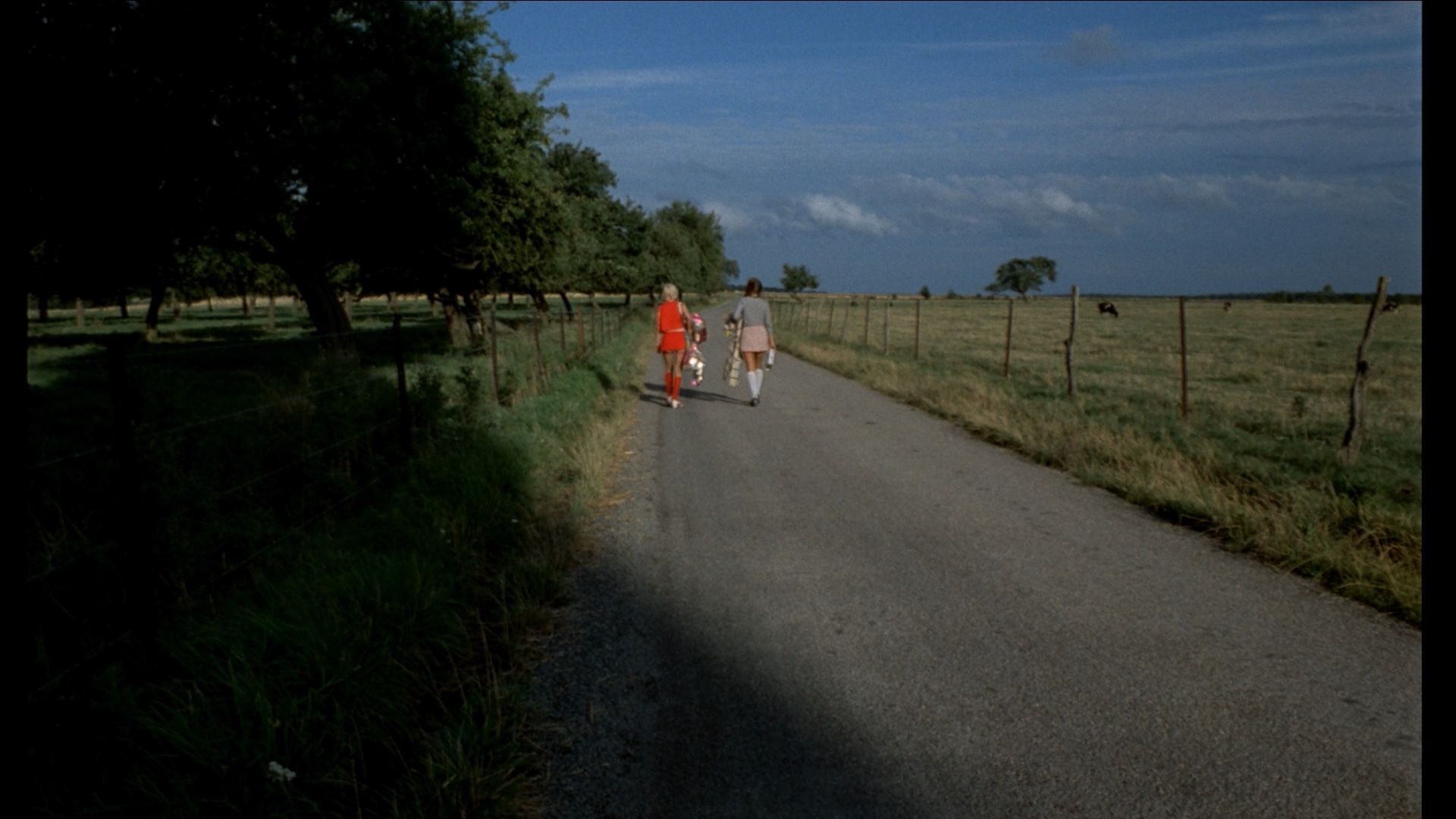 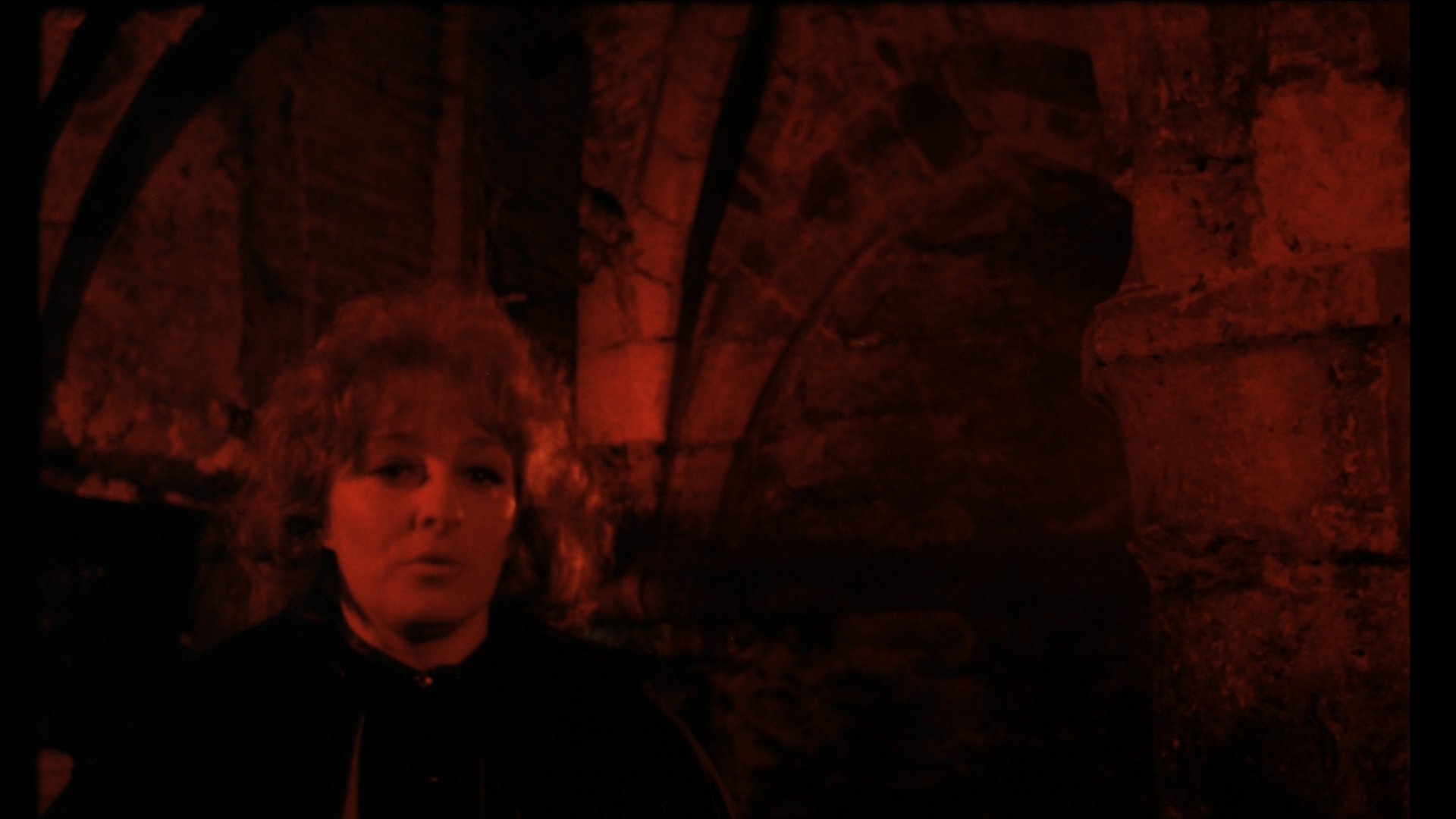 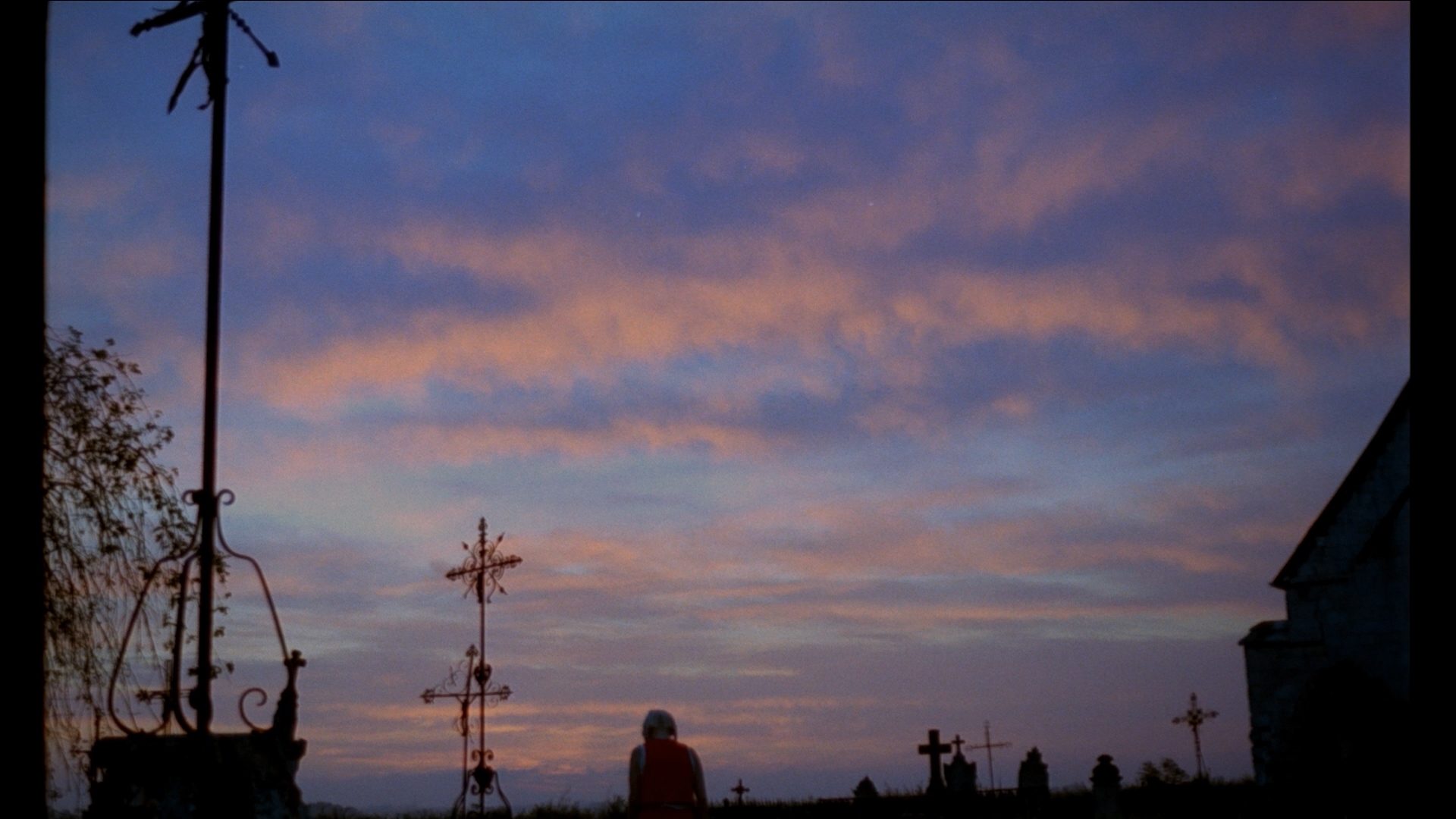 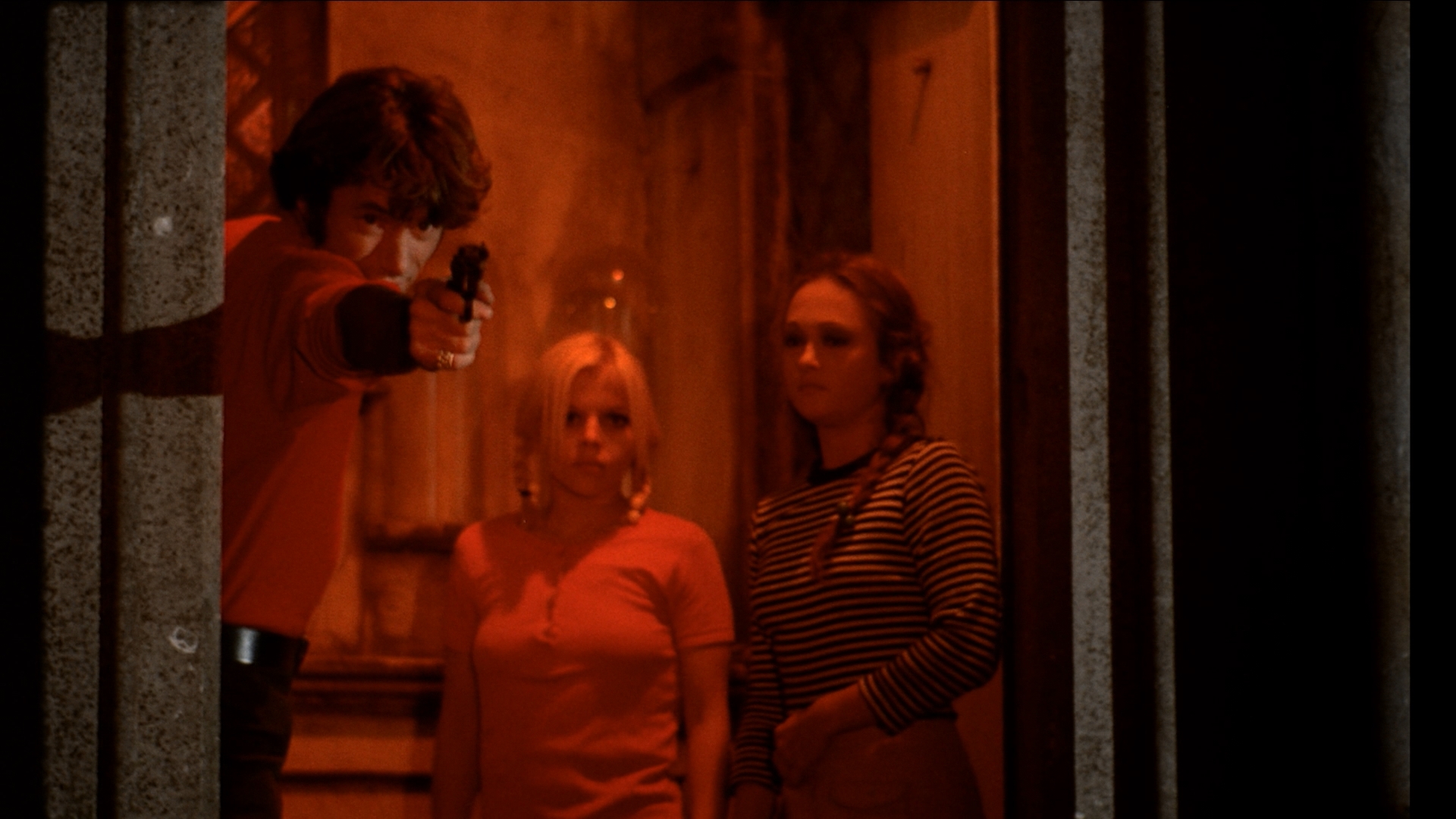