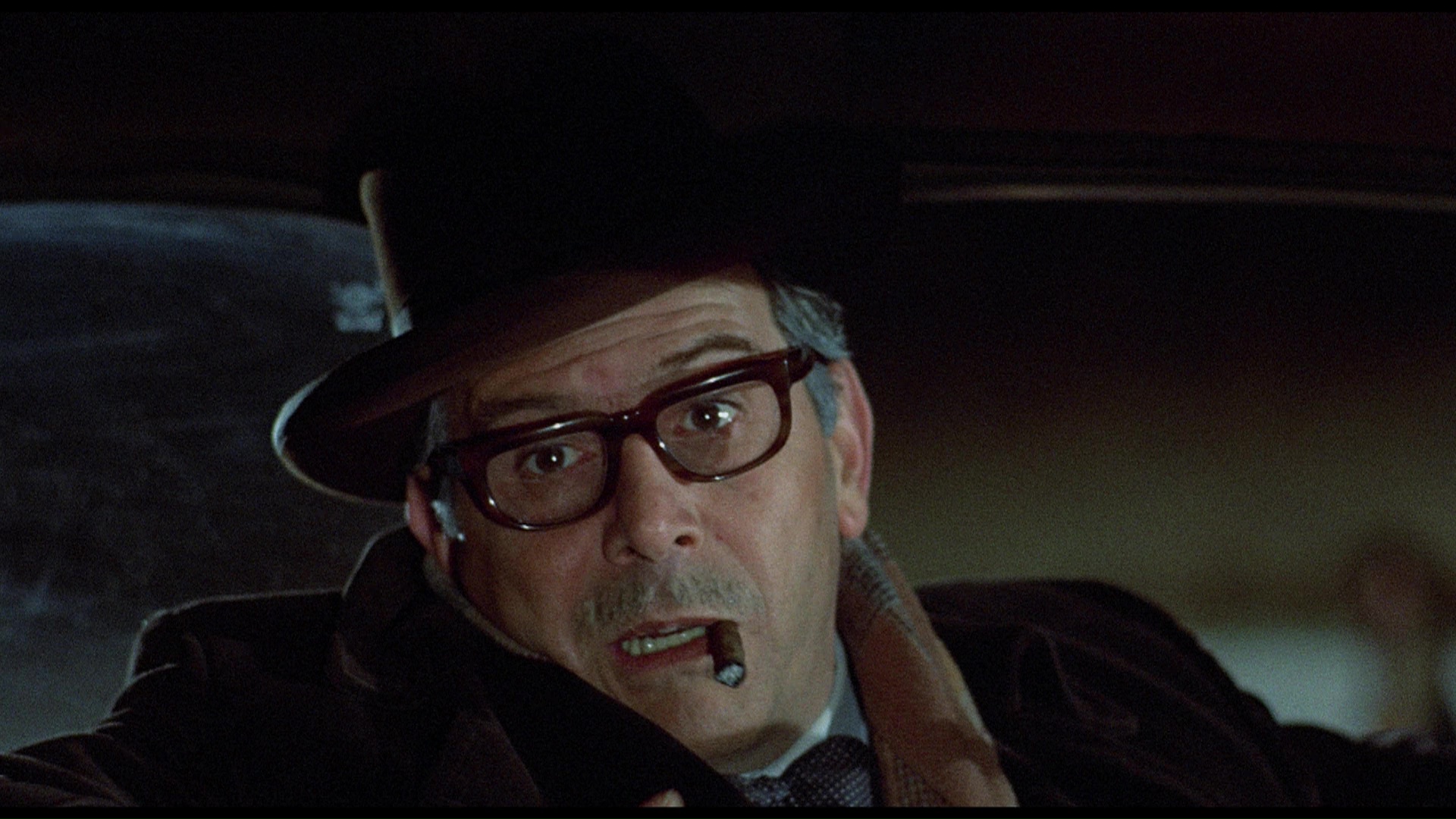 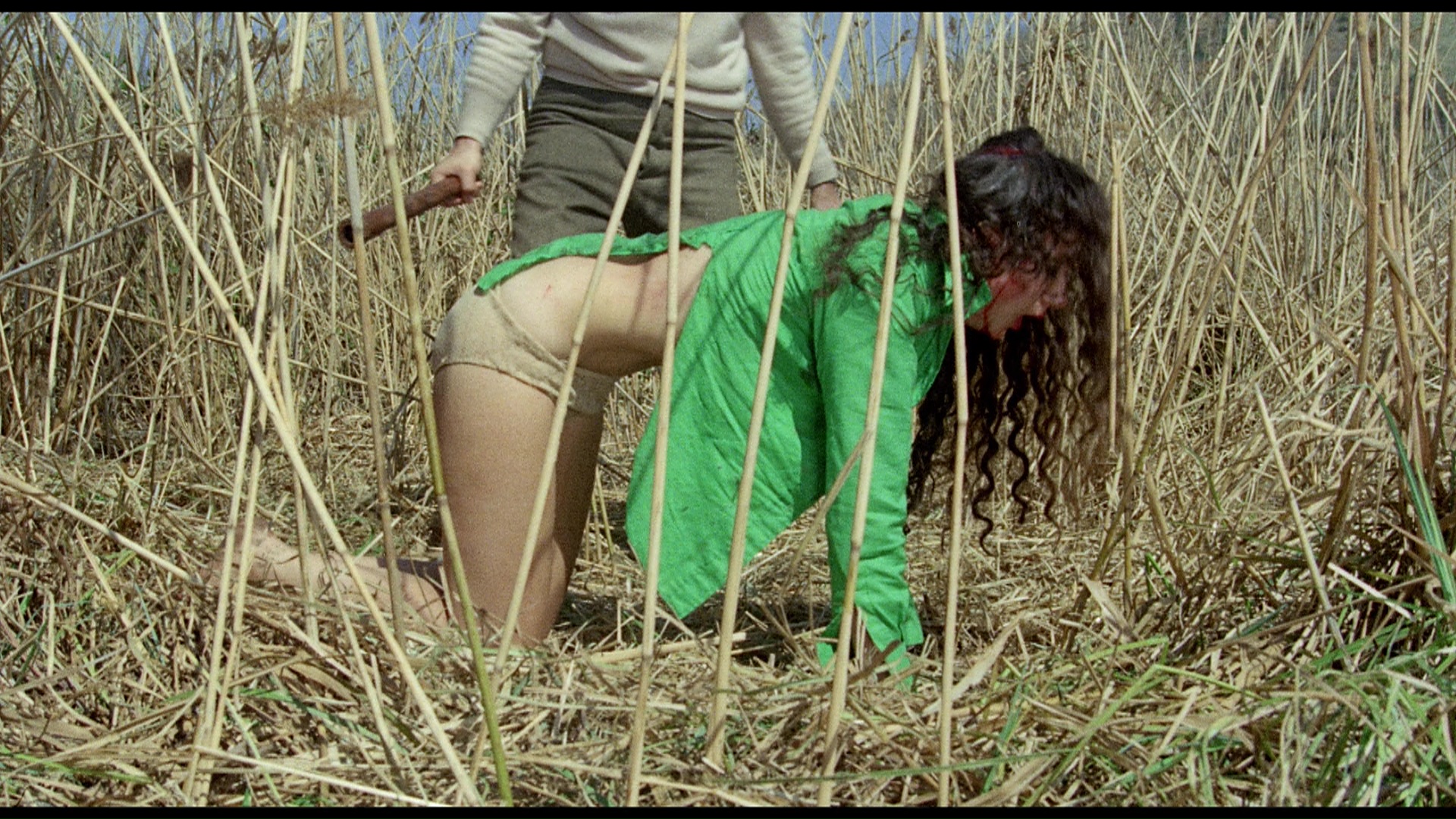 A fascinating social statement laced with gialli and poliziotteschi elements, this subtle and compelling Italian film is essentially the flip side of an Oscar-winning title made three years earlier, Investigation of a Citizen above Suspicion. The same basic cynical concept is used here -- a member of the upper class can commit murder with impunity if the authorities refuse to take action -- but it's taken in a whole different direction here from the point of view of a common laborer tangled up in a modern nightmare.

The film starts on a particularly lurid, shocking note as a half-nude woman is pursued through a reed field by an assailant wielding a large metal bar. The aftermath of his ultimately fatal attack is witnessed by Fabio Santamaria (The Dead Are Alive's Cerusico), who's gone out for a quiet afternoon of solitary fishing. He stands for several moments making eye contact with the murderer, who turns out to be a respected professor, Eduardo Ranieri (Rabid Dogs' Cucciolla). Santamaria bolts to his car and flees but decides not to go to the police, feeling he's out of danger and would only stir up trouble for himself and his wife (Brochard). That turns out to be a very bad call indeed when Ranieri goes to the authorities instead and fingers Santamaria as the culprit, with the increasingly traumatized innocent man resorting to shaving off his mustache and altering evidence to try to save his own hide.

The subject matter could have easily made this a straight giallo or an homage to Hitchcock's wrong man formula, but director Vittorio Salerno (brother of The Bird with the Crystal Plumage actor Enrico Maria Salerno, cast here in a juicy role as a stogie-chomping reporter) has quite a bit more on his mind as the circumstances dragging out hero deeper into the flawed 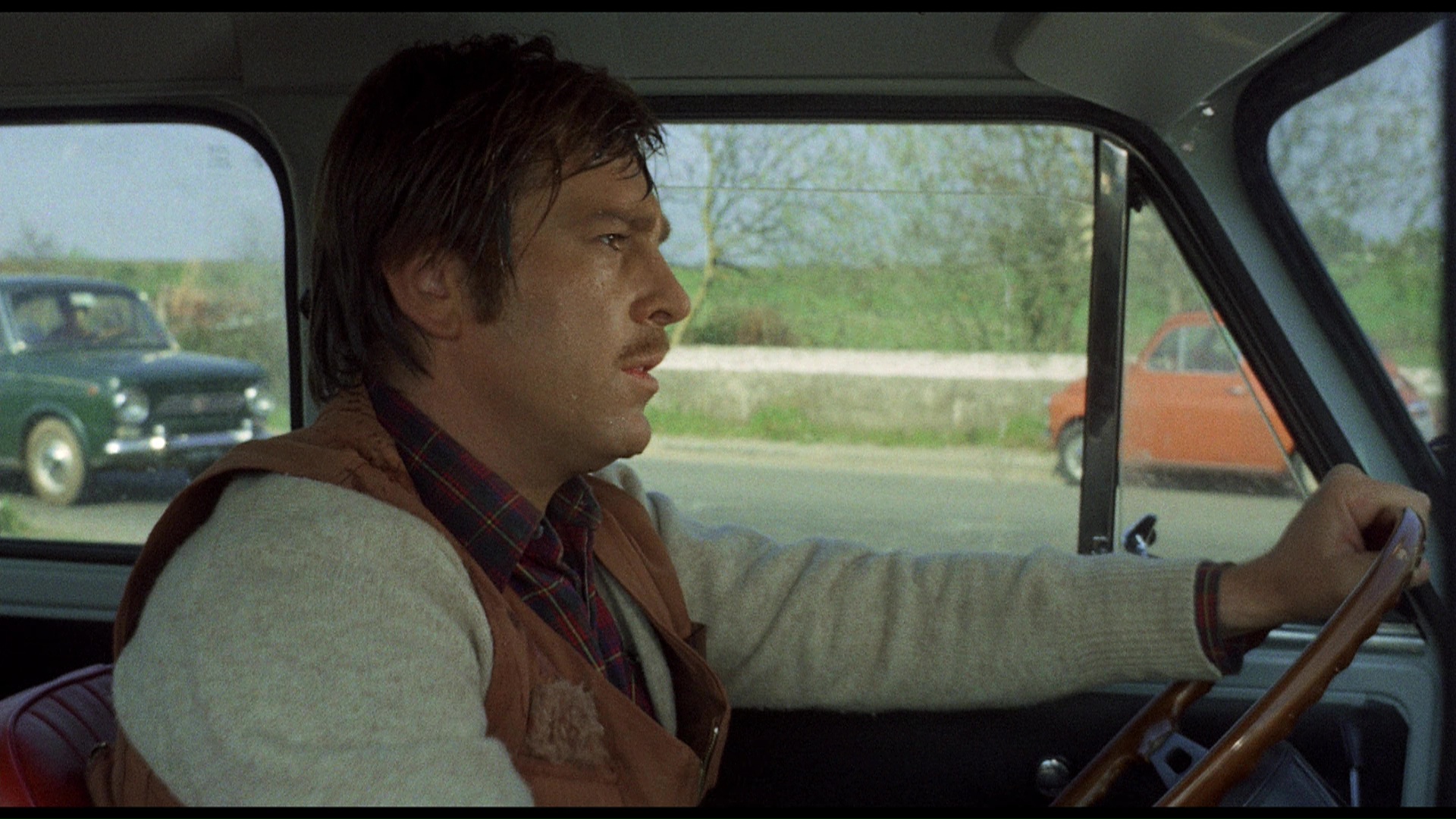 legal system also represent the growing social divisions within Italy and the rest of the world, a theme sadly all too relevant today. The systems put into place to protect the people clearly don't work thanks to corrupt, social prejudice, 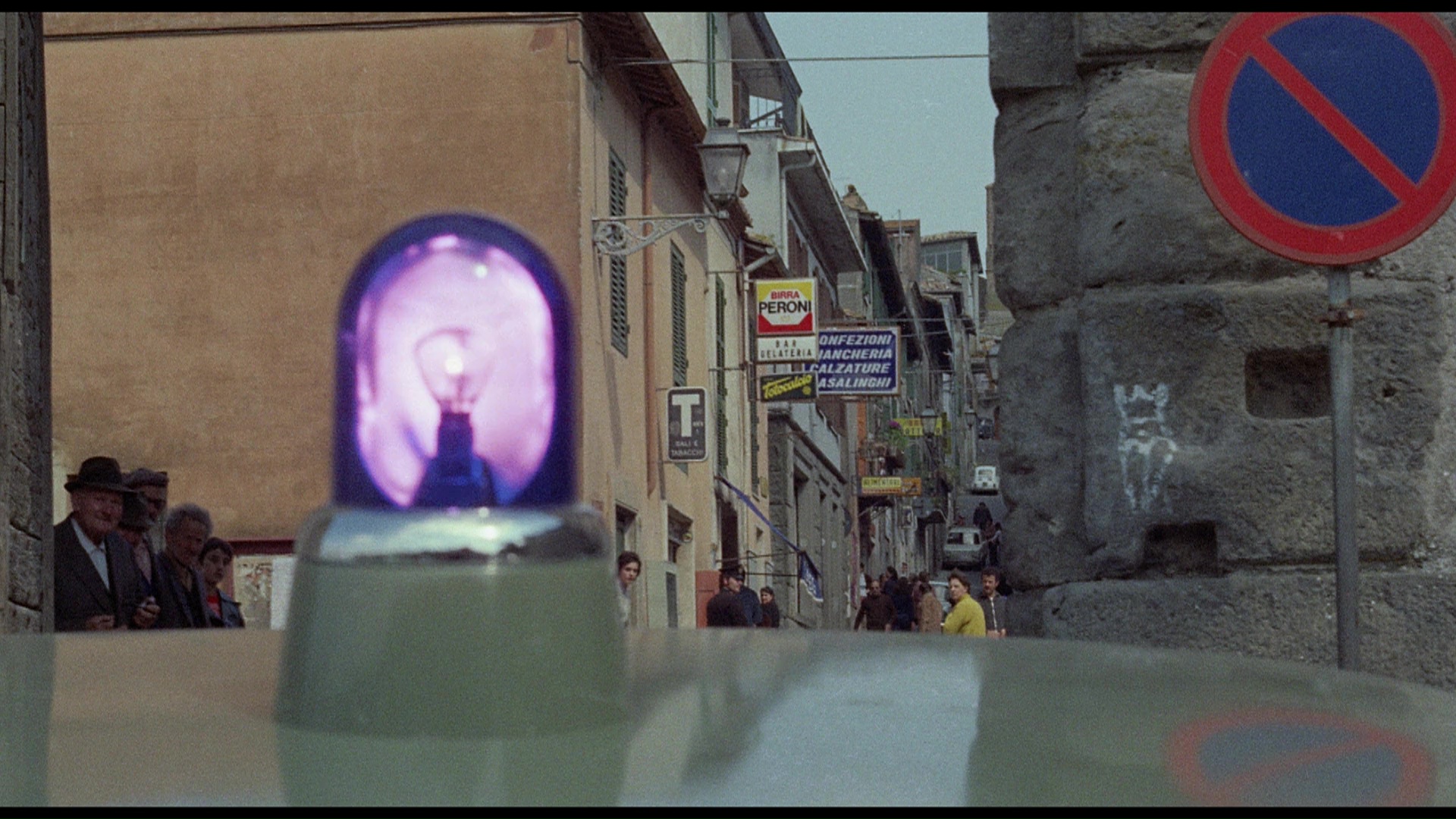 and simple human error, and both Cerusico and Cucciolla make for fascinating characters whose level of torment depends on how much manipulation and finger pointing goes on. Don't think this is too heady to enjoy, however; it's a fast-moving and engrossing film, buoyed by a strong, catchy soundtrack by the great Riz Ortolani that points the way to a sound Goblin would popularize a couple of years later.

Never given a significant English-language release, this film will be a new experience to virtually anyone who picks up the Blu-ray or DVD editions released by Camera Obscura (the film's second digital incarnation following a non-subtitled Italian DVD). Camera Obscura's stellar track record for putting out some of the finest Italian HD transfers in the world continues here with a terrific presentation that looks absolutely impressive from start to finish. Detail is razor sharp, the fine film grain looks perfectly natural, colors are perfectly resolved... absolutely nothing to quibble about here at all. As usual you get DTS-HD MA Italian or German mono audio with optional English or German subtitles, plus a new audio commentary with regulars Marcus Stiglegger and Kai Naumann (also with English subtitles). They do another thorough job here of dissecting the social concerns woven into the script and the numerous horror and thriller connections with the players in front of and behind the camera, often making some fun film geek jokes along the way.

Incidentally this disc represents an exclusive director's cut of the film, dropping a coda imposed on Salerno by the distributors to give the film a more traditional, closed happy ending 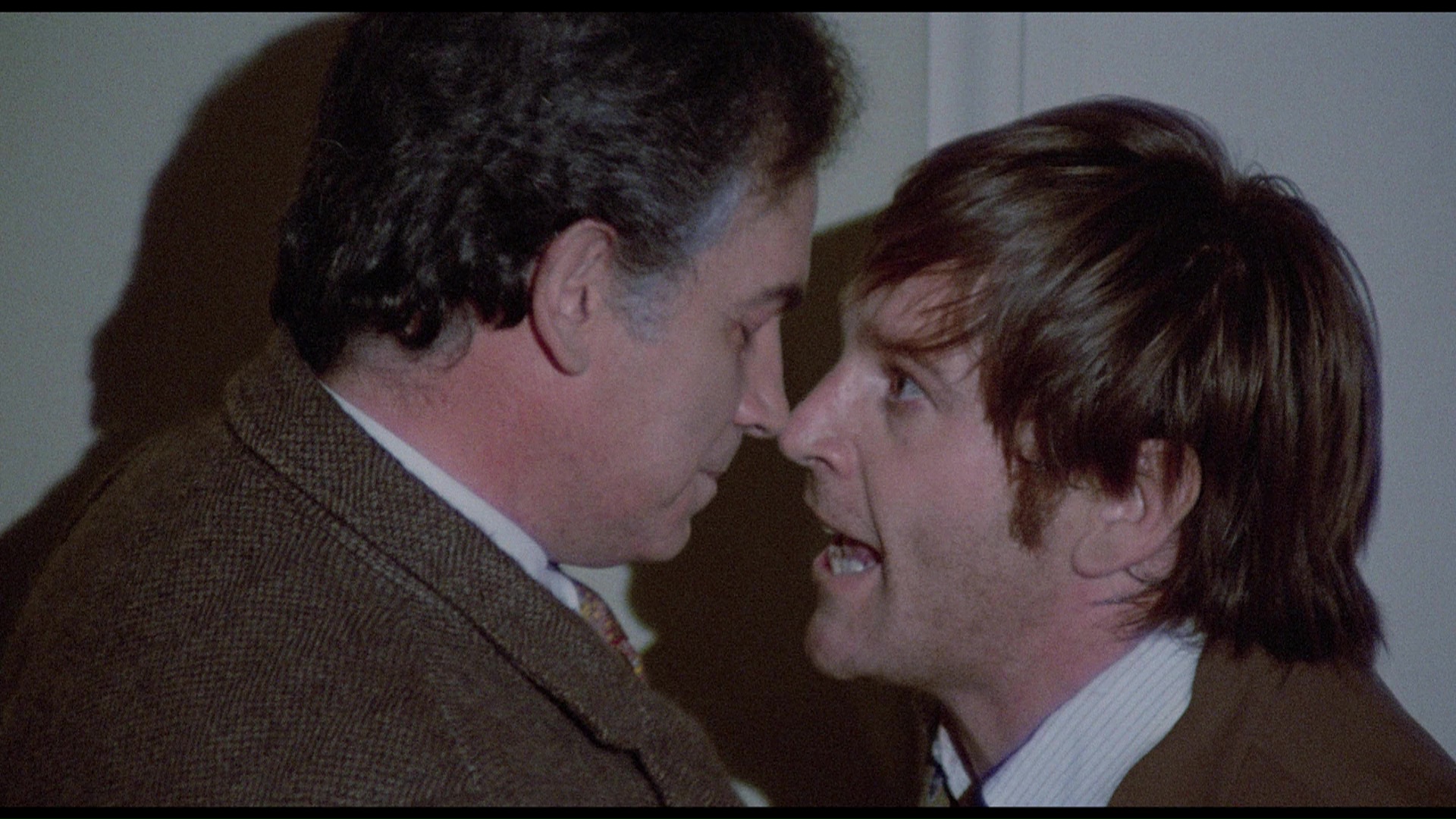 with a pretty stupid joke tacked on before the credits roll. His original, more ambiguous ending is retained here (though 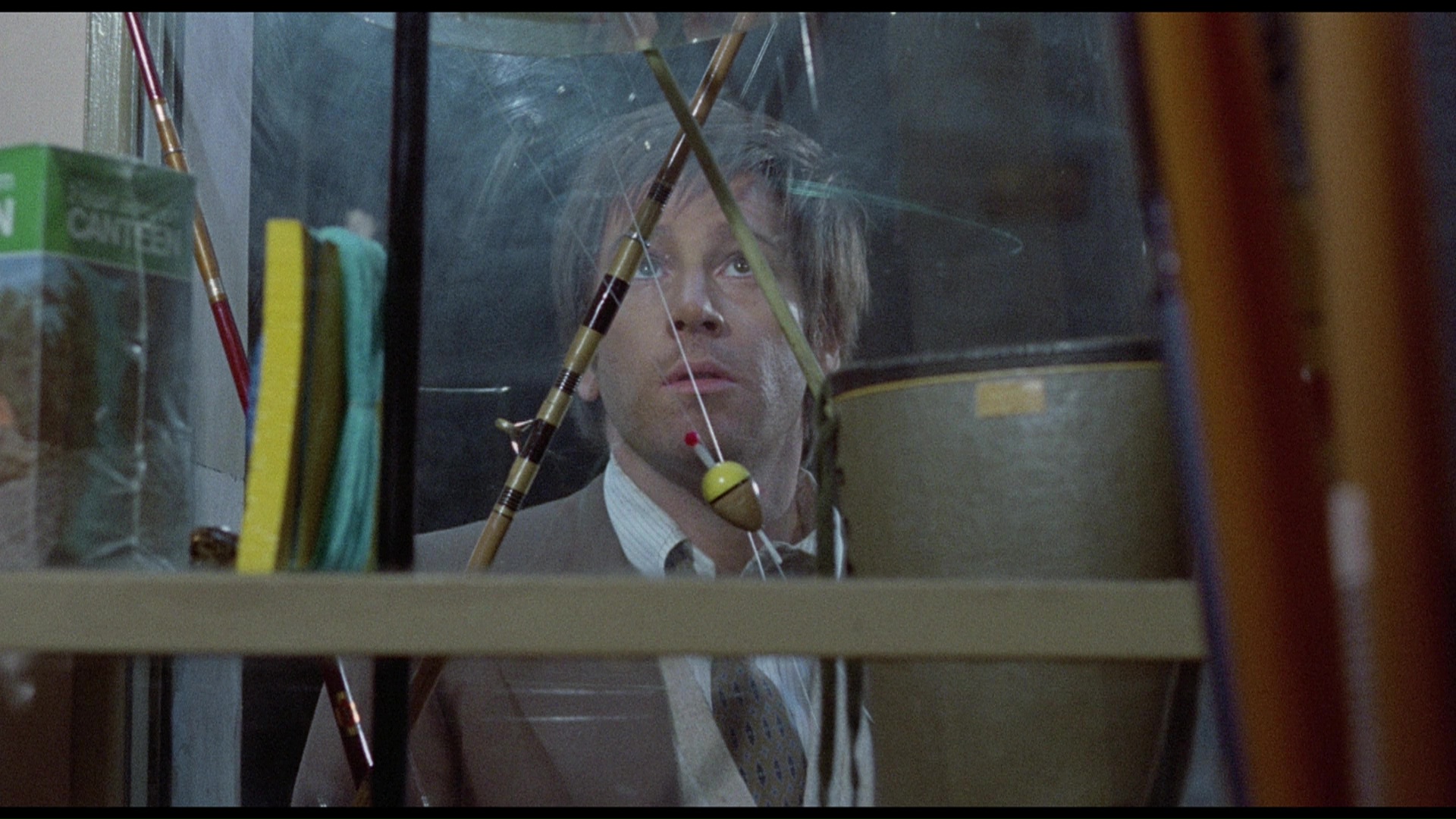 it still contains a wry glimmer of hope), but the happier theatrical ending is included here as an extra. Also on the disc are the Italian trailer, a photo gallery, and most substantially, a new Freak-o-rama featurette called "Mother Justice" with Vittorio Salerno and Brochard. Clocking in at 40 minutes, it's a thorough look at how the film came about with Salerno making his directorial debut after writing westerns and trying to deliver a crime story with a very different angle than the norm. Other topics include working with giallo screenwriter Augusto Finocchi, the original title (The Culprit), the hiring of Cucciolla over Gabriele Ferzetti, and the perils of eating pasta with garlic before a kissing scene. The portion about Enrico Maria Salerno's dubbing is especially interesting, too, explaining how they found the perfect Neapolitan accent for his character. The slick slipcase packaging also contains a liner notes booklet (in German and English) with a solid analysis of the film entitled "The World is Upside Down" by regular label scribe Christian Kessler.