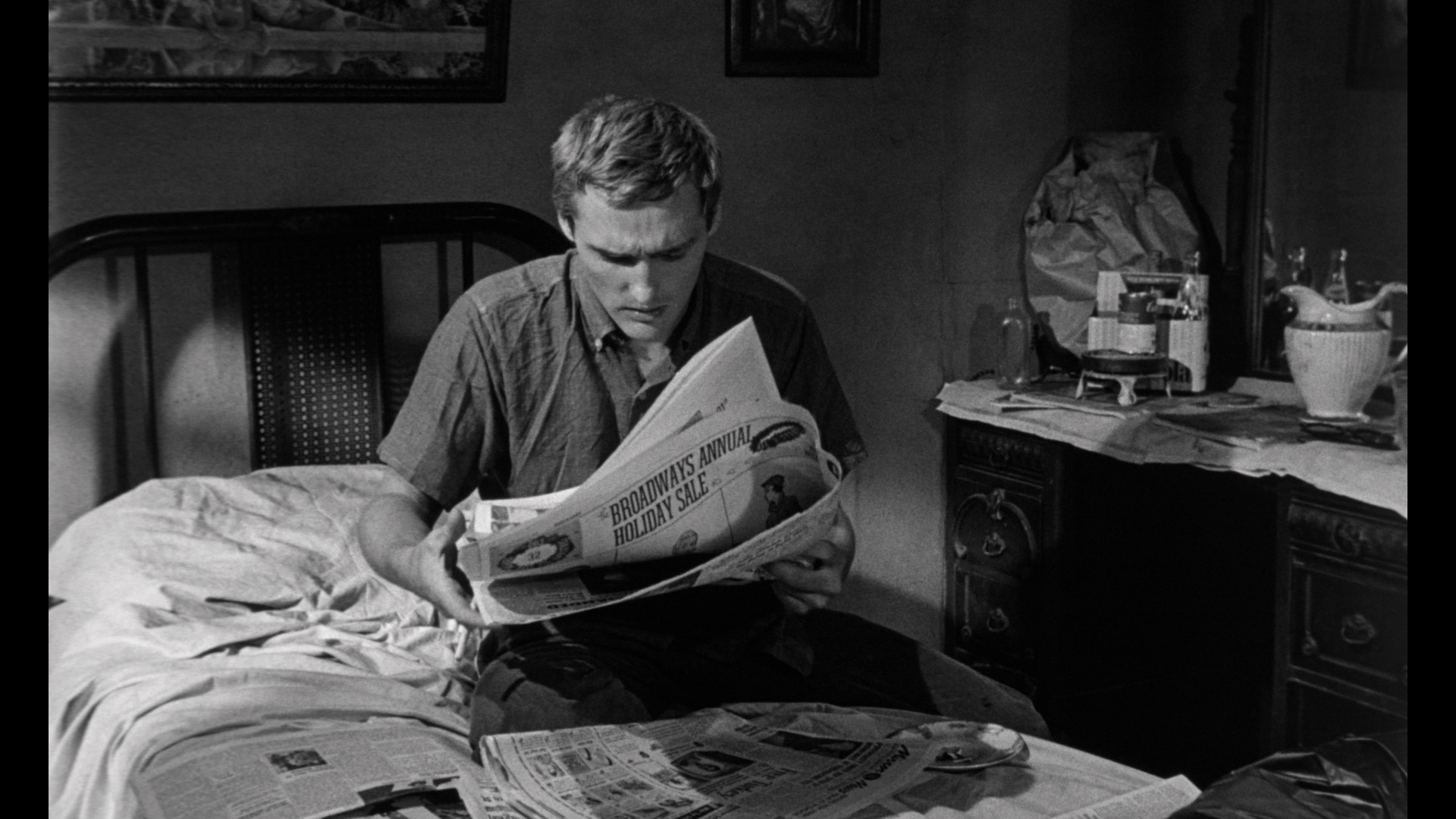 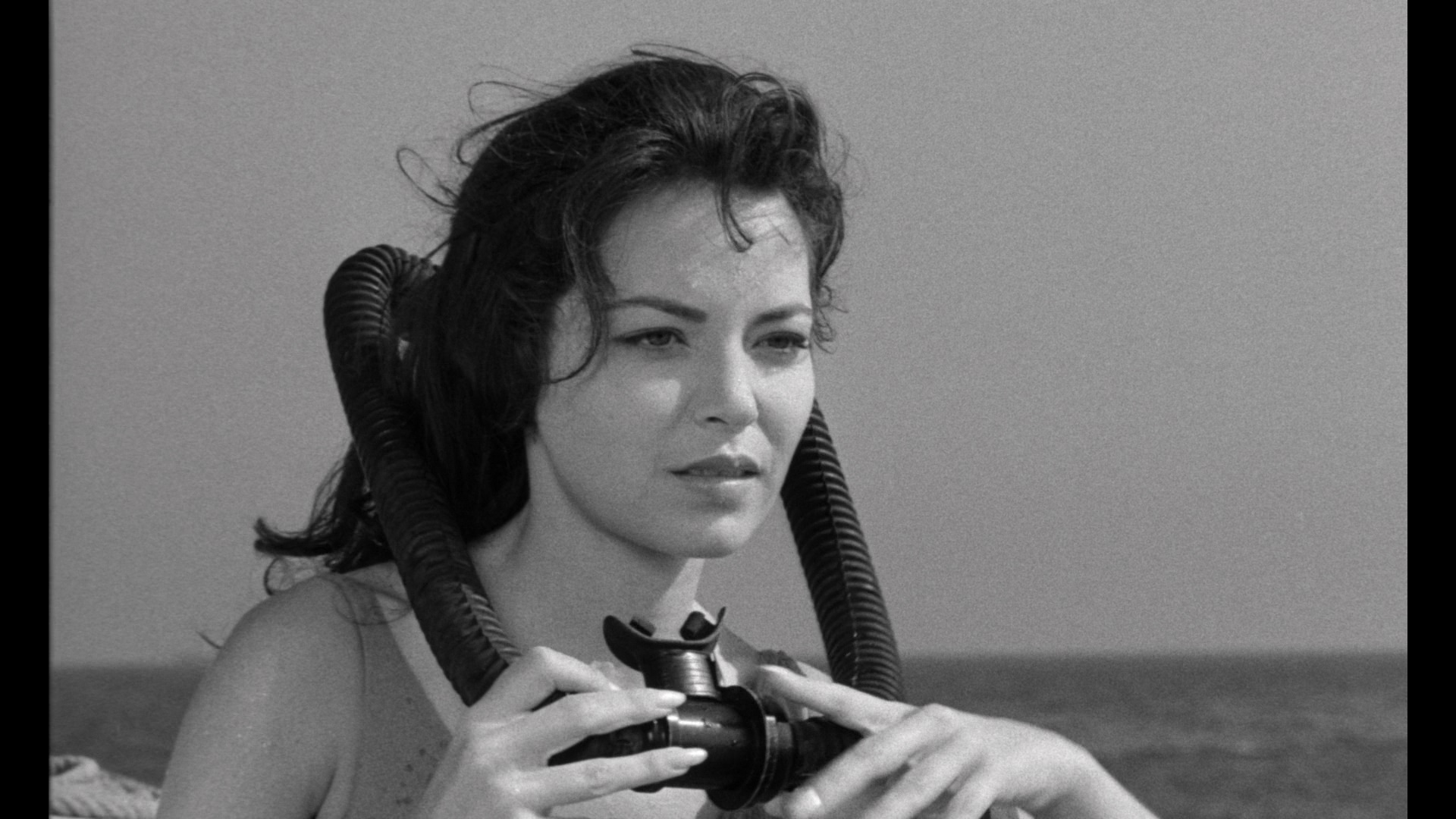 by cult horror director Curtis Harrington (Games), this bizarre little tribute to both experimental cinema and Val Lewton's methods of "suggestive terror" is one of the more memorable independent films of the 1960s. Rarely seen for years after its initial release in any form other than choppy TV screenings or blurry public domain titles, Night Tide was given its due with a variety of restorations on laserdisc, DVD and eventually Blu-ray, each improving significantly upon its predecessors.

A sailor on shore leave, Johnny (a very young Dennis Hopper) roams along the coastal boardwalks of Southern California and encounters many of the local residents. He meets and immediately falls in love with Mora (Linda Lawson), who poses as a mermaid in a local sideshow. Their romance takes a sinister turn when Johnny begins to suspect that Mora may in fact be a cursed sea creature who murders a hapless man during every lunar cycle, but the answer to the mystery isn't quite what he expected.

Barely a horror film in the traditional sense, Night Tide is soaked in atmosphere from the opening frames. Harrington's skillful use of the desolate seaside locations (mostly shot around the 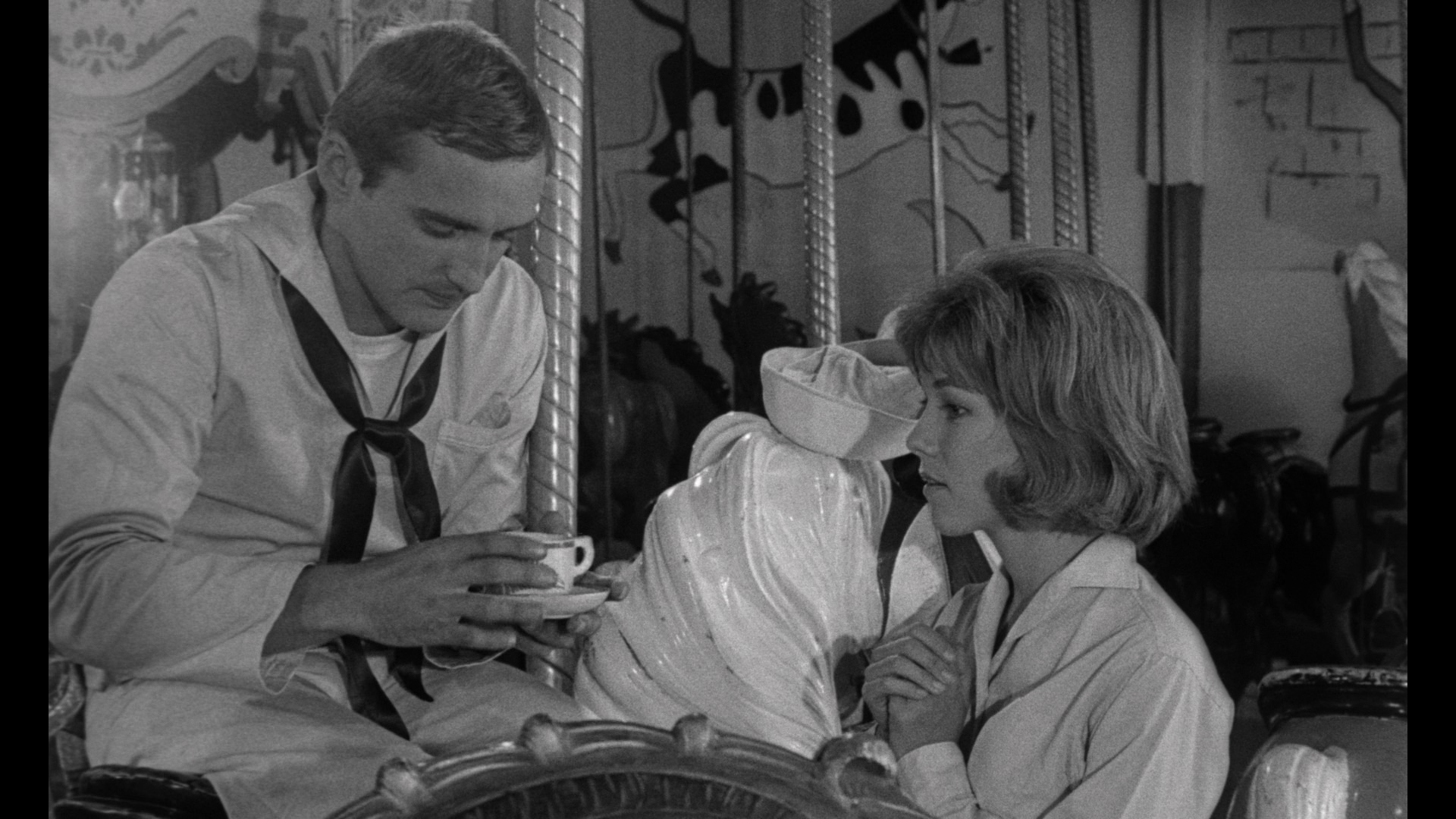 Venice and Santa Monica Beaches) yields some terrific results, but the stately pacing and deliberately low key acting may put off drive-in monster 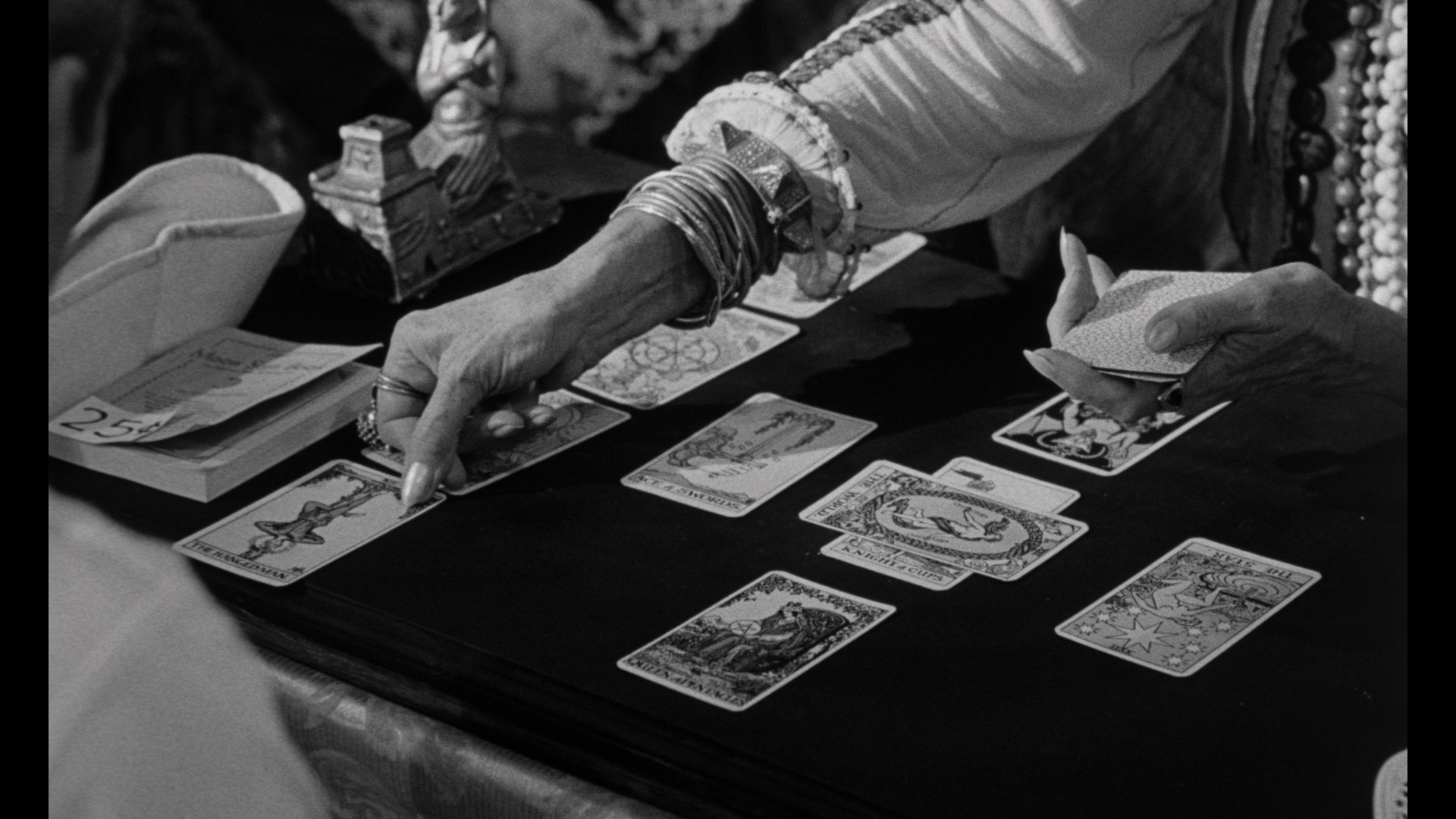 buffs. Dennis Hopper fans in particular will be jarred to see the familiar stoner in what may be his most restrained performance ever, while the supporting cast manages to find quirky little shadings in what could have been thankless roles. Lawson makes a fetching mermaid of the deadliest kind, while the great, perpetually underused Luana Anders (Dementia 13, Harrington's The Killing Kind) turns up as a more wholesome boardwalk girl. Most surprisingly, established Hollywood composer David Raksin (Laura) delivers a subtle, jazz-laced score perfectly in keeping with Harrington's dreamy imagery.

The first decent release of Night Tide arrived on laserdisc in 1998, followed a year later by a DVD from Image Entertainment featuring identical contents. The non-anamorphic presentation was quite good for its time and made for a nice upgrade, even if it's been left in the dust now. Extras include the theatrical trailer (talk about a tough film to sell!) and an informative, affectionate, and laid back commentary track with Harrington and Hopper reminiscing fondly about their youthful days shooting along the beach. An extensive film restoration of the film was undertaken in 2007 by the Academy Film Archive working 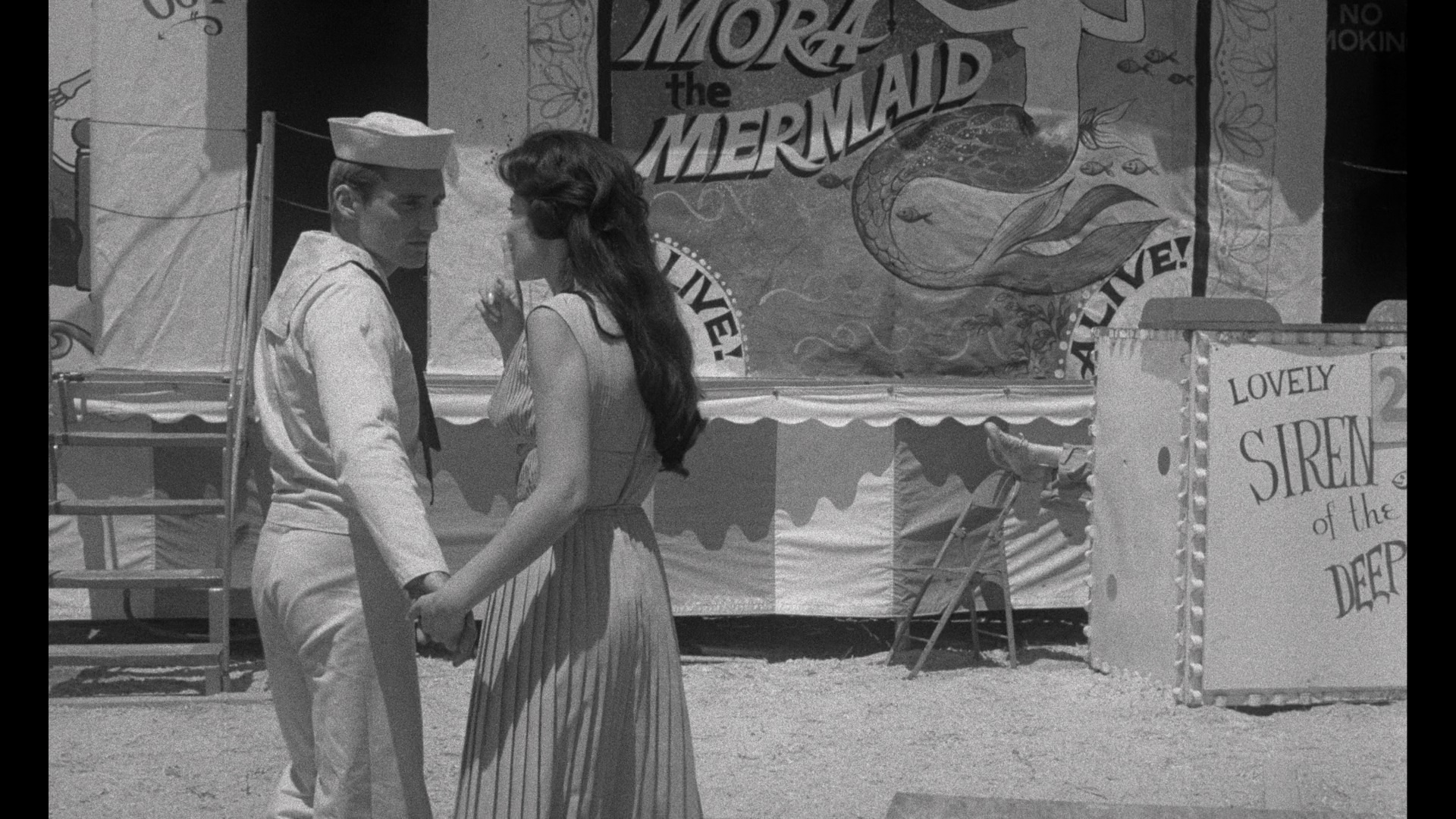 with The Film Foundation and Harrington, who passed away before the project reached the public by its completion in 2012. That restoration formed the basis of Kino 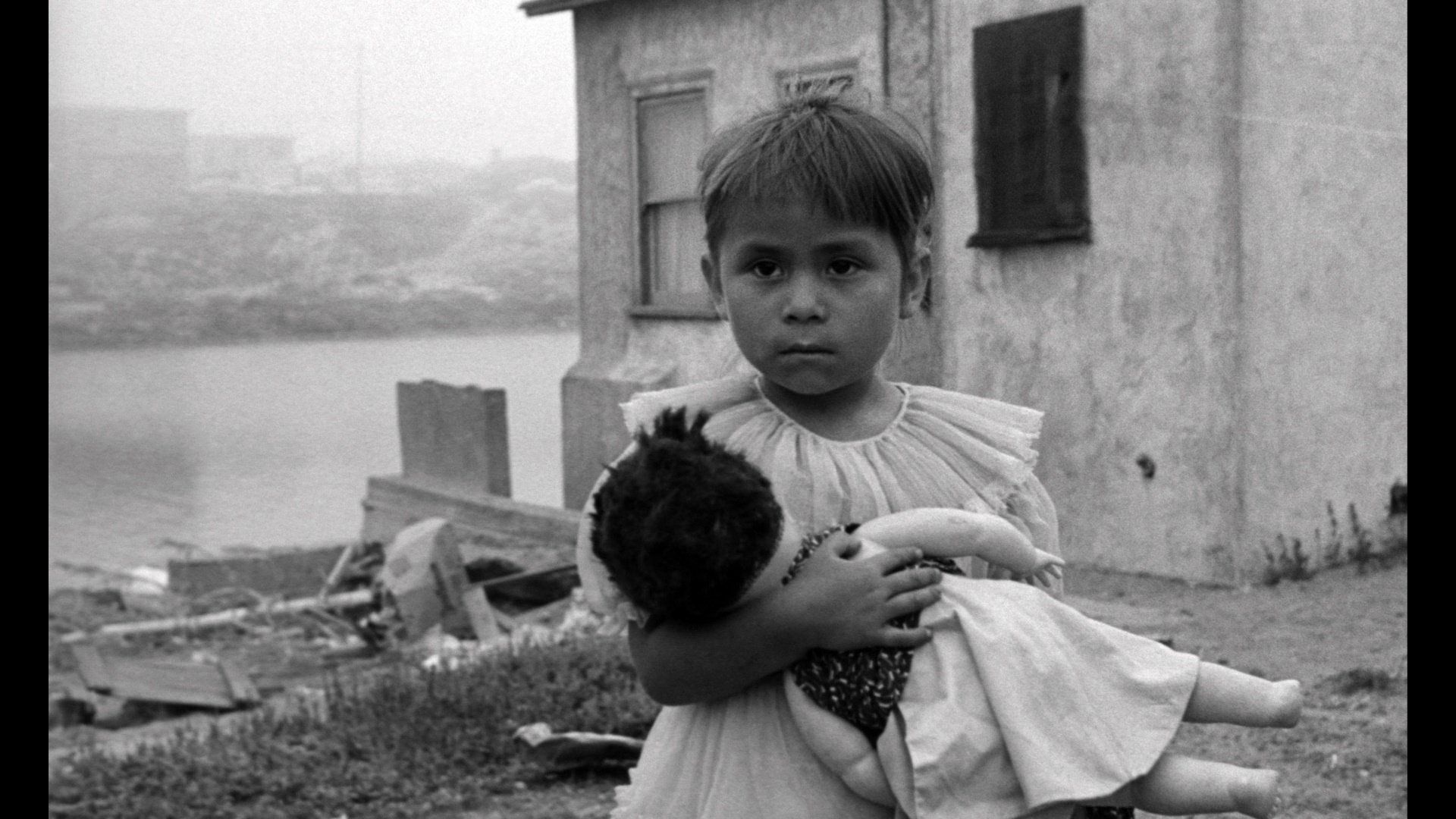 Lorber's release on Blu-ray and DVD in 2013, featuring the preexisting commentary, the trailer, and a two-part, career-spanning Harrington interview (57m17s) with David Del Valle from his public access show, Sinister Image, in 1987.

In 2019, another restoration was conducted under the auspices of Nicholas Winding Refn (who first bowed the new product on his byNWR.com site) with the very fragile, damaged negative augmented with pieces from the 2012 one when necessary (including the creation of a new 35mm preservation negative). What that basically means is that what you're seeing on the 2019 U.K. Blu-ray from Indicator is the best the film can possibly look in your home, from a 4K scan of the new restoration with additional image info visible, less damage, and a considerably improved soundtrack that sounds more stable and dynamic than ever before. While the prior restoration was excellent and nothing to sneeze at, this is definitely worth an upgrade and a welcome showcase for a film that hasn't seemed to have aged a day. New, improved English SDH subtitles are also provided. The Harrington-Hopper commentary, trailer, and Del Valle interview are all ported over here, and you also get a new audio commentary by Tony Rayns, who does an adept, entertaining job of covering Harrington's place in genre cinema, the contributors both credited and uncredited (including Roger Corman cinematographer Floyd Crosby), his own experience on Harrington's set, the integration of the film's motifs into the 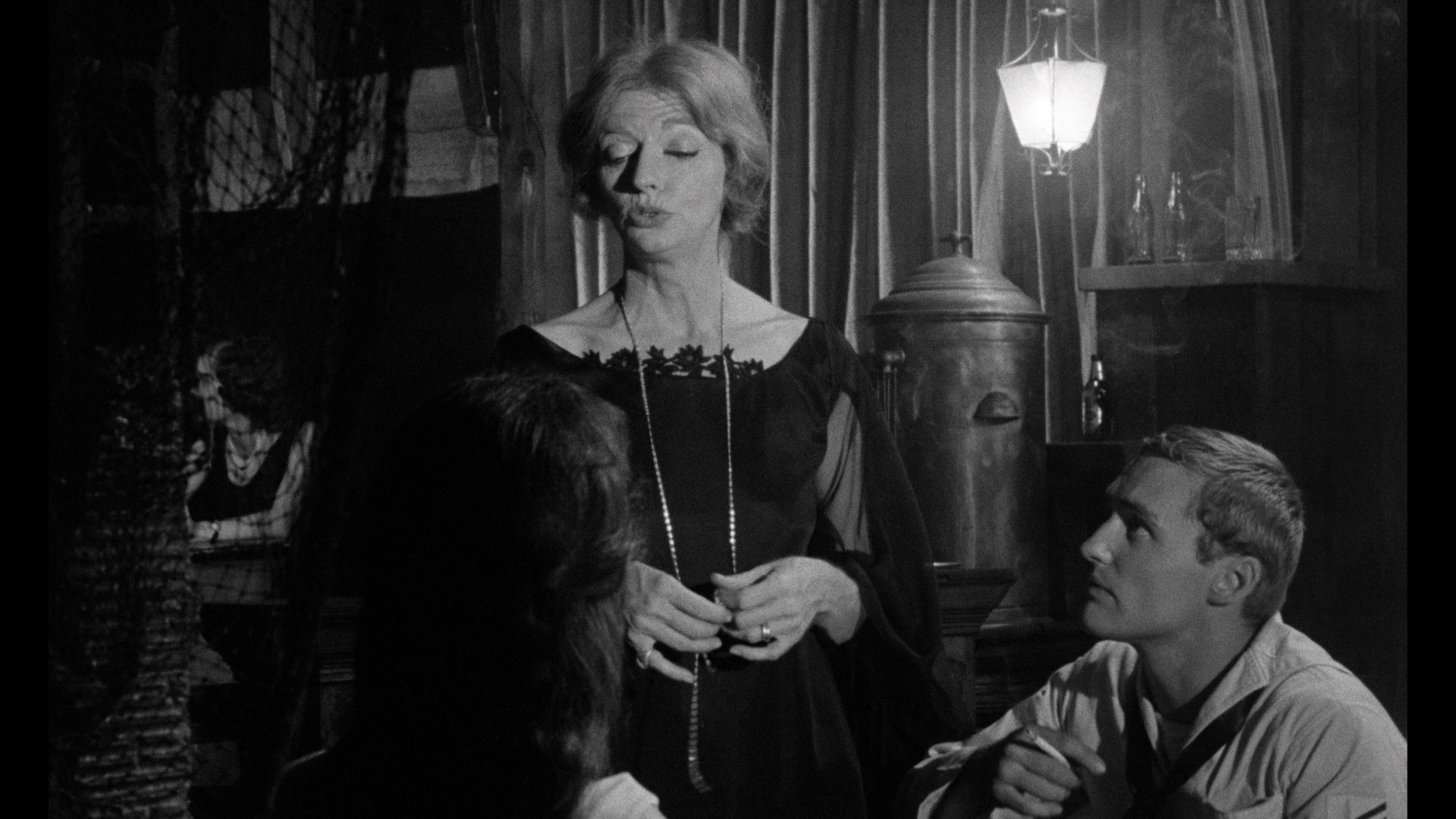 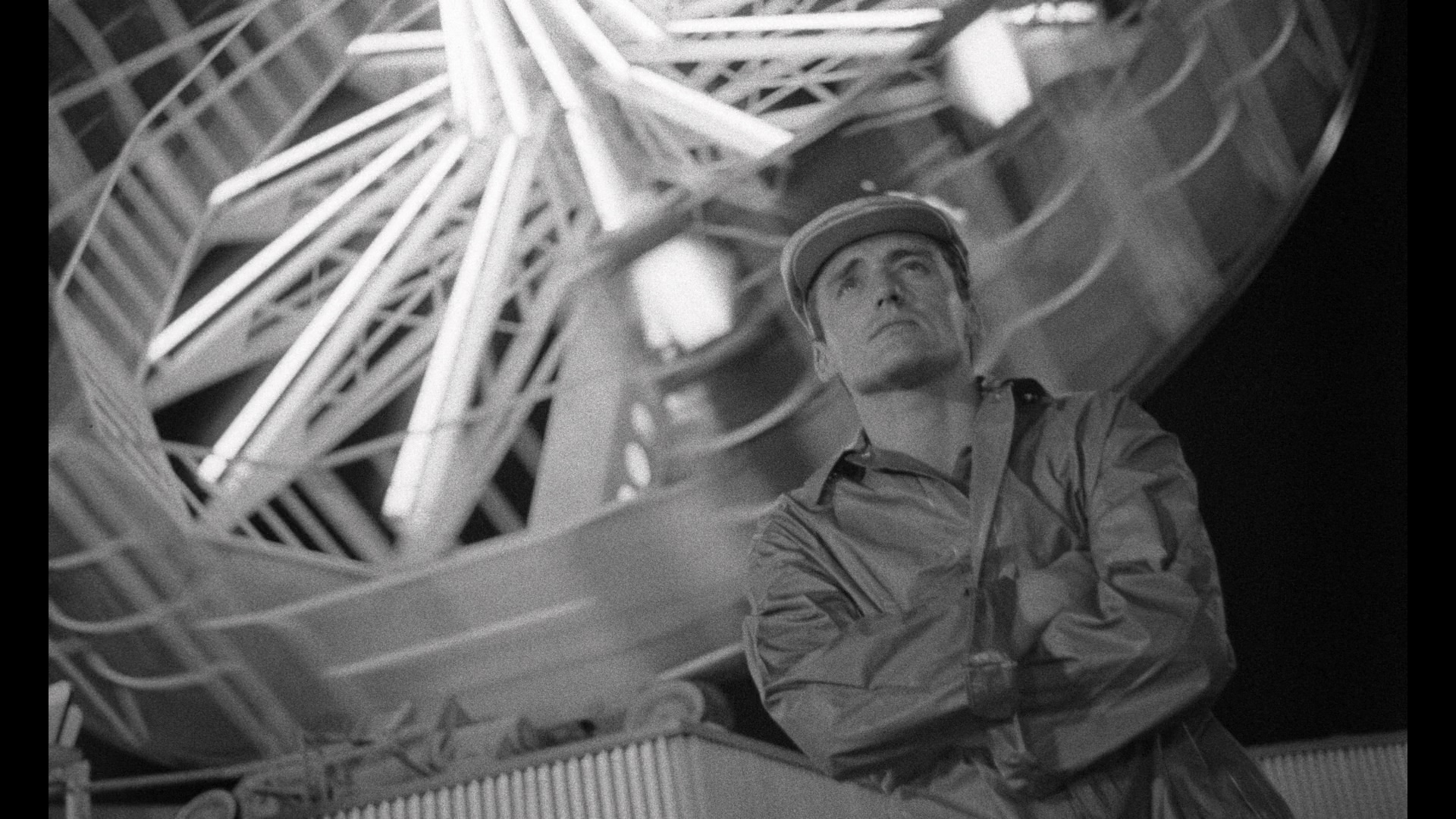 of his lifelong affair with genre cinema, the impetus to becoming an artist, and highlights from his career including his time with Corman. A gallery of stills and promotional material rounds out the first disc, but you also get a second Blu-ray (in the 3,000-unit limited edition), Dream Logic: The Short Films of Curtis Harrington, featuring a nearly complete sampling of his short work. The title here are the same as the U.S. Blu-ray released by Flicker Alley (The Curtis Harrington Short Film Collection), meaning you get his early silent version of The Fall of the House of Usher from 1942 (9m59s), 1946's Fragment of Seeking (13m42s), 1948's Picnic (22m19s), 1949's On the Edge (6m12s, featuring alternate 1949 and 2003 soundtracks) 1953's The Assignation (7m31s), 1956's The Wormwood Star (10m1s), 1966's The Four Elements (12m39s), and 2002's Usher (36m42s). Most of these are avant garde mood pieces without dialogue, featuring some ocean imagery reminiscent of the main feature here and Usher in particular grabbing attention for its eccentric take on the Poe story with Harrington himself as both of the Usher siblings (including donning drag to play Madeleine). An image gallery from Harrington's personal collection is also included on the disc, and the package also comes with an 80-page book including essays by Paul Duane, critical reviews, restoration notes by Peter Conheim, and multiple written pieces by Harrington on the feature and the short films.