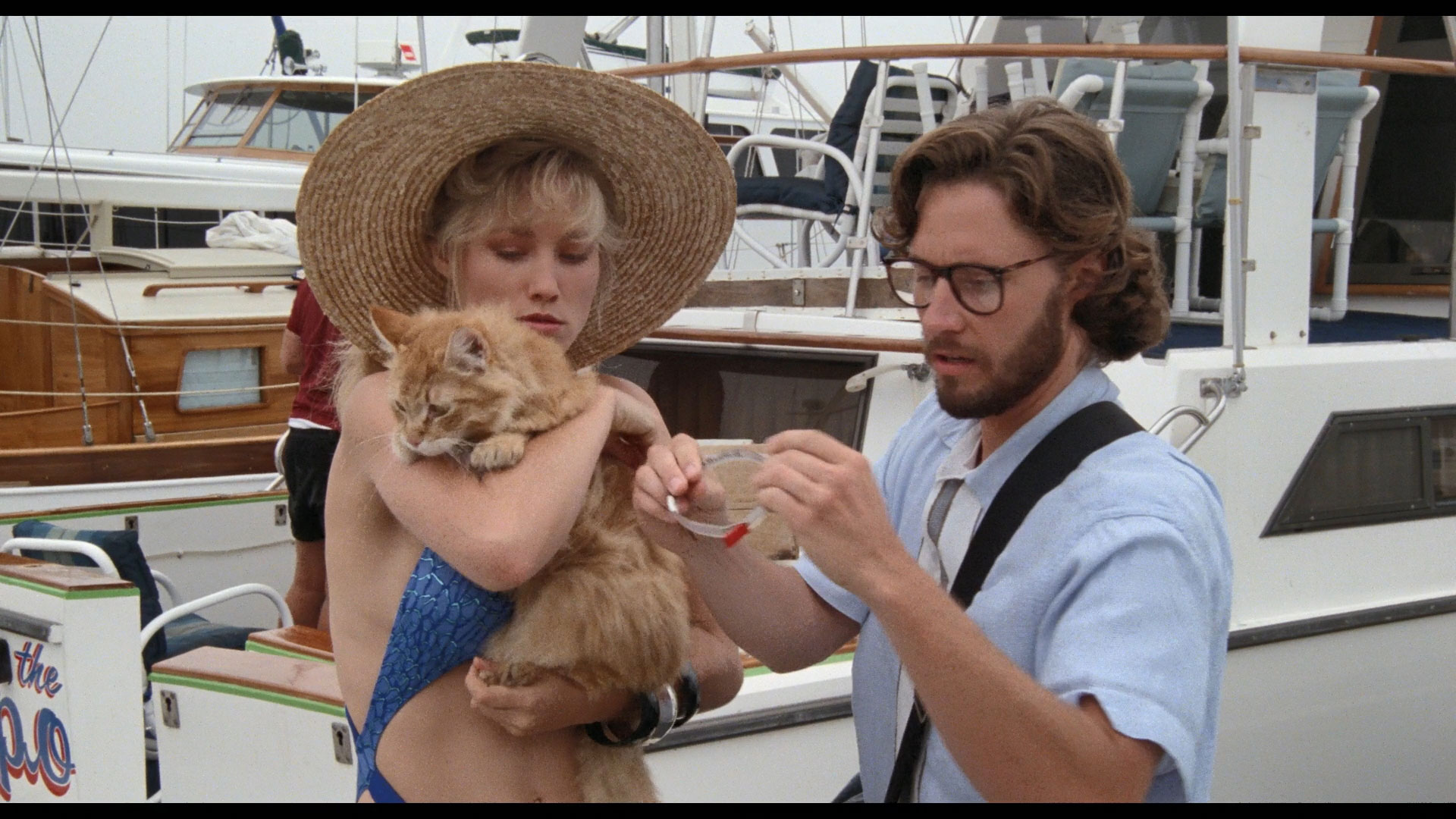 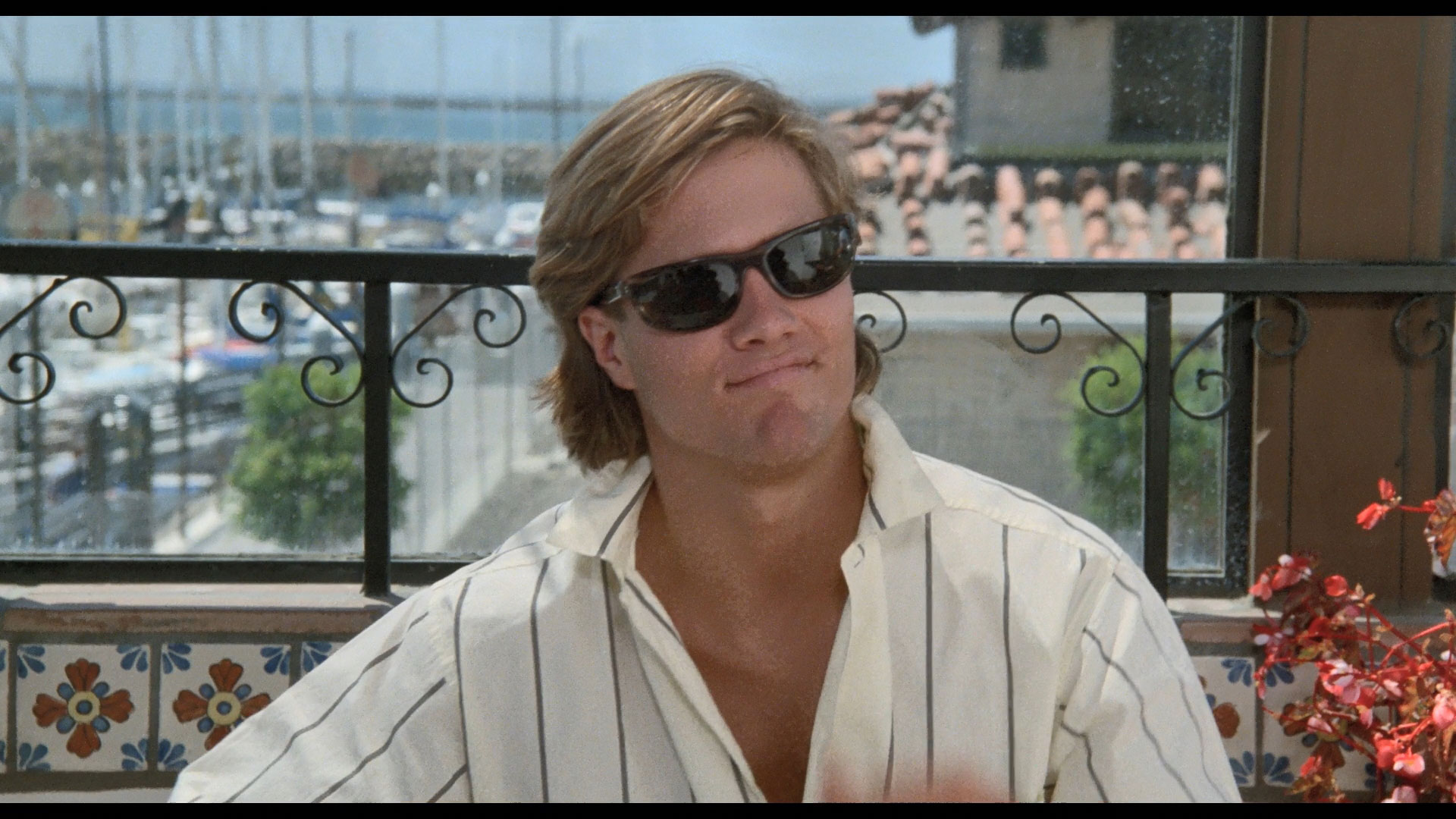 Satan's Cheerleaders, Black Shampoo, and The Return, director Greydon Clark has certainly solidified his place in the drive-in constellation. However, there's nothing else in his filmography quite like the nutty, cheapo killer kitty film Uninvited, which plays like a sort-of all-star disaster movie hijacked by a scene-stealing furry puppet worthy of Hobgoblins.

At a scientific research facility, a cute orange kitty manages to escape despite being hit with a tranquilizer gun and even pops a rubbery monster out of its mouth to take out one of the security guards. Meanwhile Bobbie (Carey) and Suzanne (Shattuck), who are out looking for some spring break fun, end up crossing paths with slick wheeler dealer "Wall Street Walter" Graham (The Dead Are Alive's Cord) who talks them into having dinner. Their meal ends up being crashed by two of Walter's associates, George (Death Ship's Kennedy) and Albert (Return of the Living Dead's Gulager), to continue a shady deal culminating with them drowning a possible informant to the SEC. That also means they have to hightail it to the nearest port in Ft. Lauderdale to catch a private luxury liner to the Cayman Islands to stash two briefcases of their illicit money, with both young ladies in tow for cover along with three of their buddies, Corey 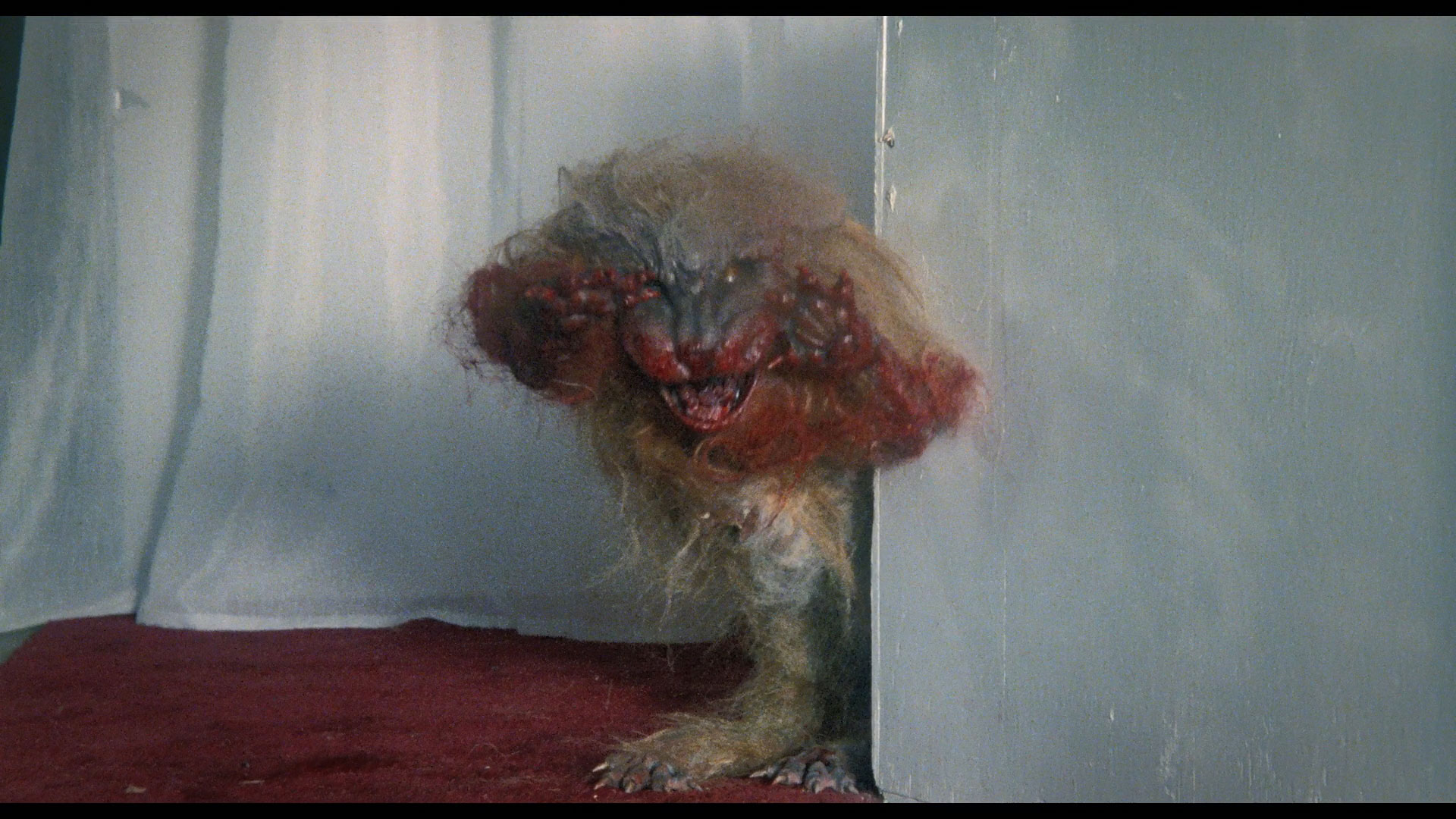 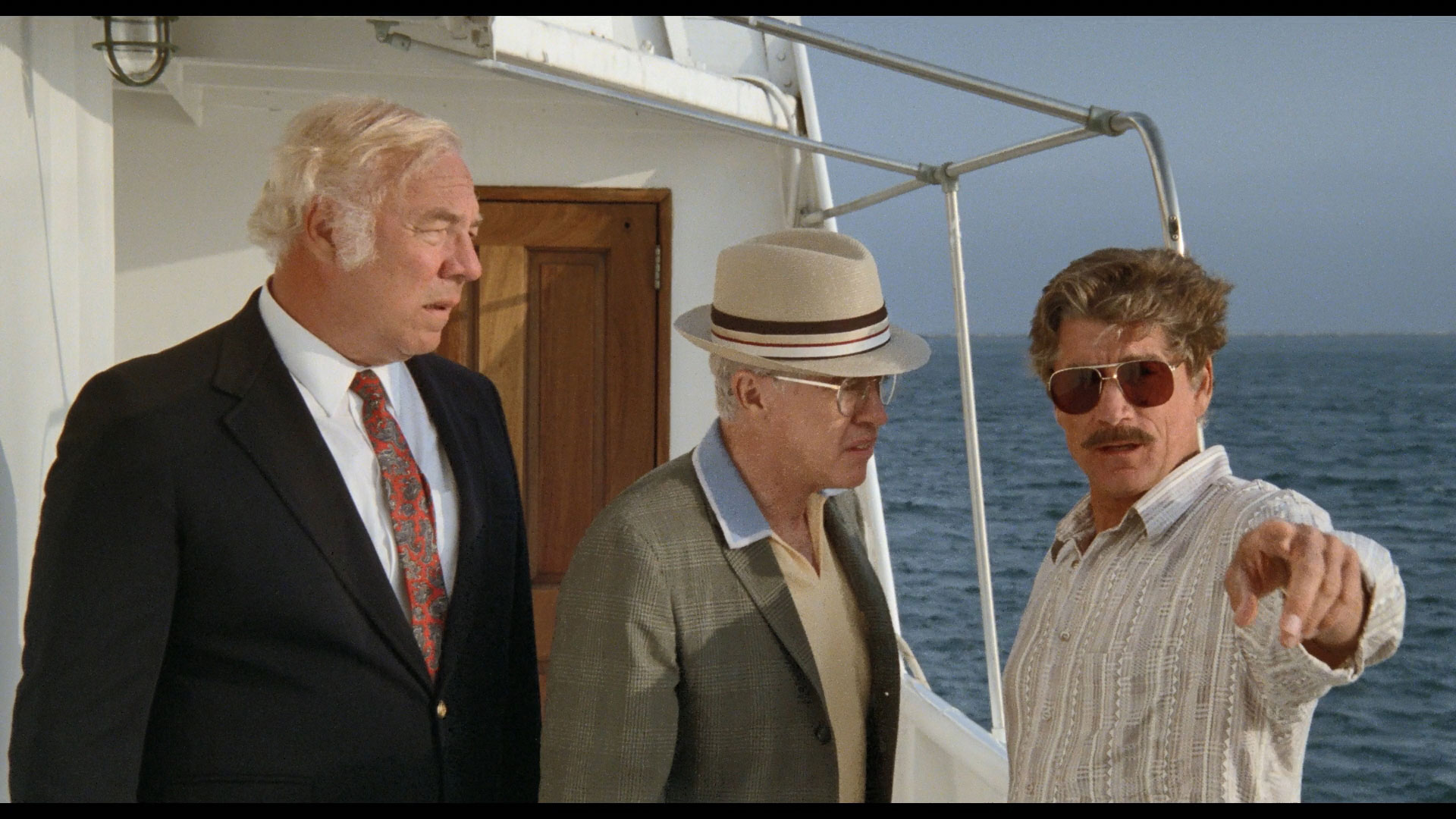 picked up that runaway feline, which will not only strand the boat in the middle of the water but start whittling down the passengers one by one.

Complete with a rinky-dink synthesizer score, wildly mismatched sound effects (including nonstop dubbed meowing), motion sickness puke, dramatic banana eating, awkward dancing, punches and kicks that clearly miss by a mile, a random cameo by Assault on Precinct 13's Austin Stoker, and enough spewing blood to make you seriously question that PG-13 rating, Uninvited is a truly distinctive viewing experience that may be ridiculous but certainly never bores. After all, this is a film whose height of suspense involves future primetime heartthrob Estes walking around a boat doling out a plate full of cat food. The technical standards are rough even by Clark standards (just check out the very mismatched sound editing around the 43-minute mark), but if you're in the mood for a wild party movie that will have you and your friends' jaws on the floor every couple of minutes, you've come to just the right place. 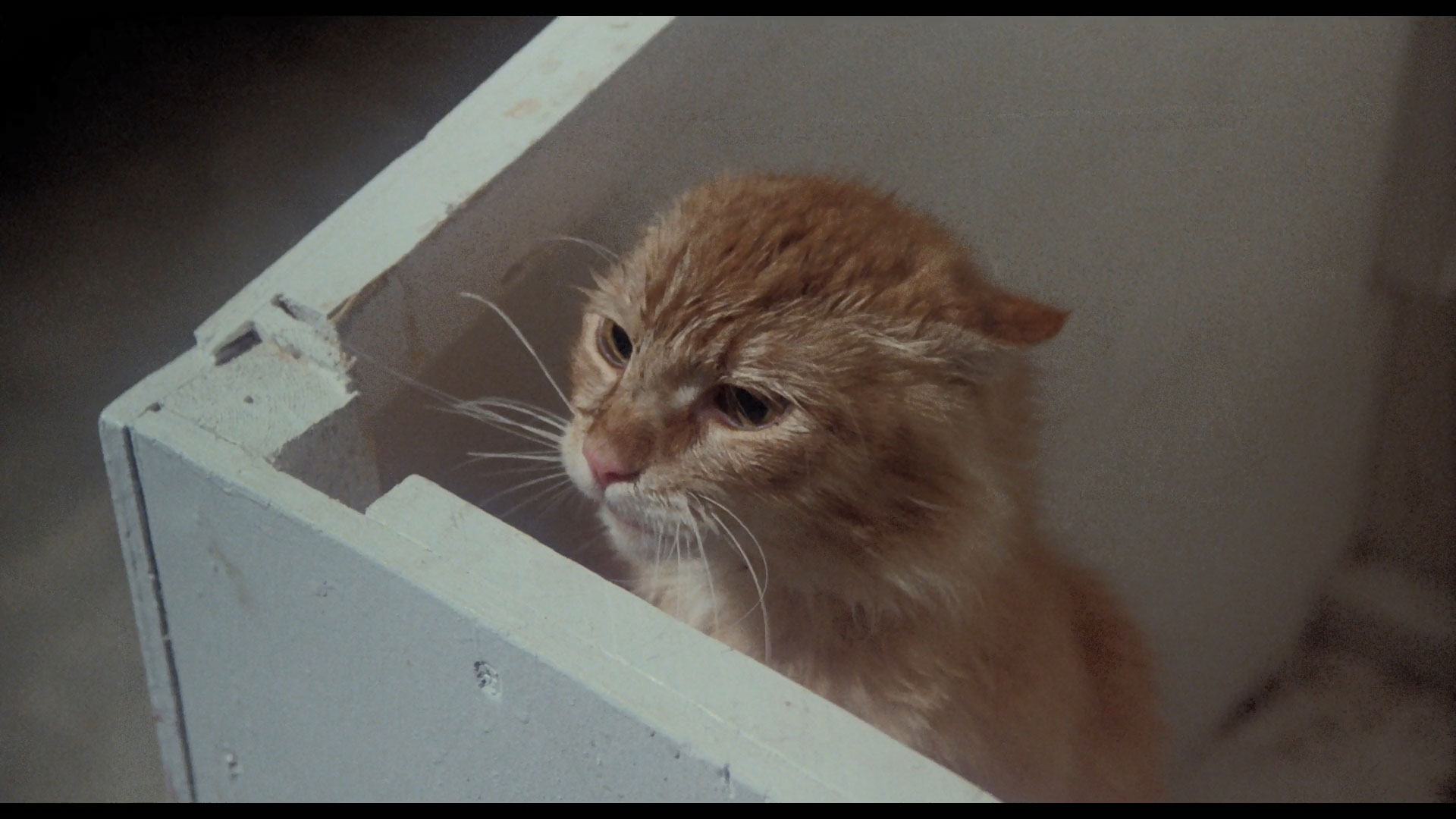 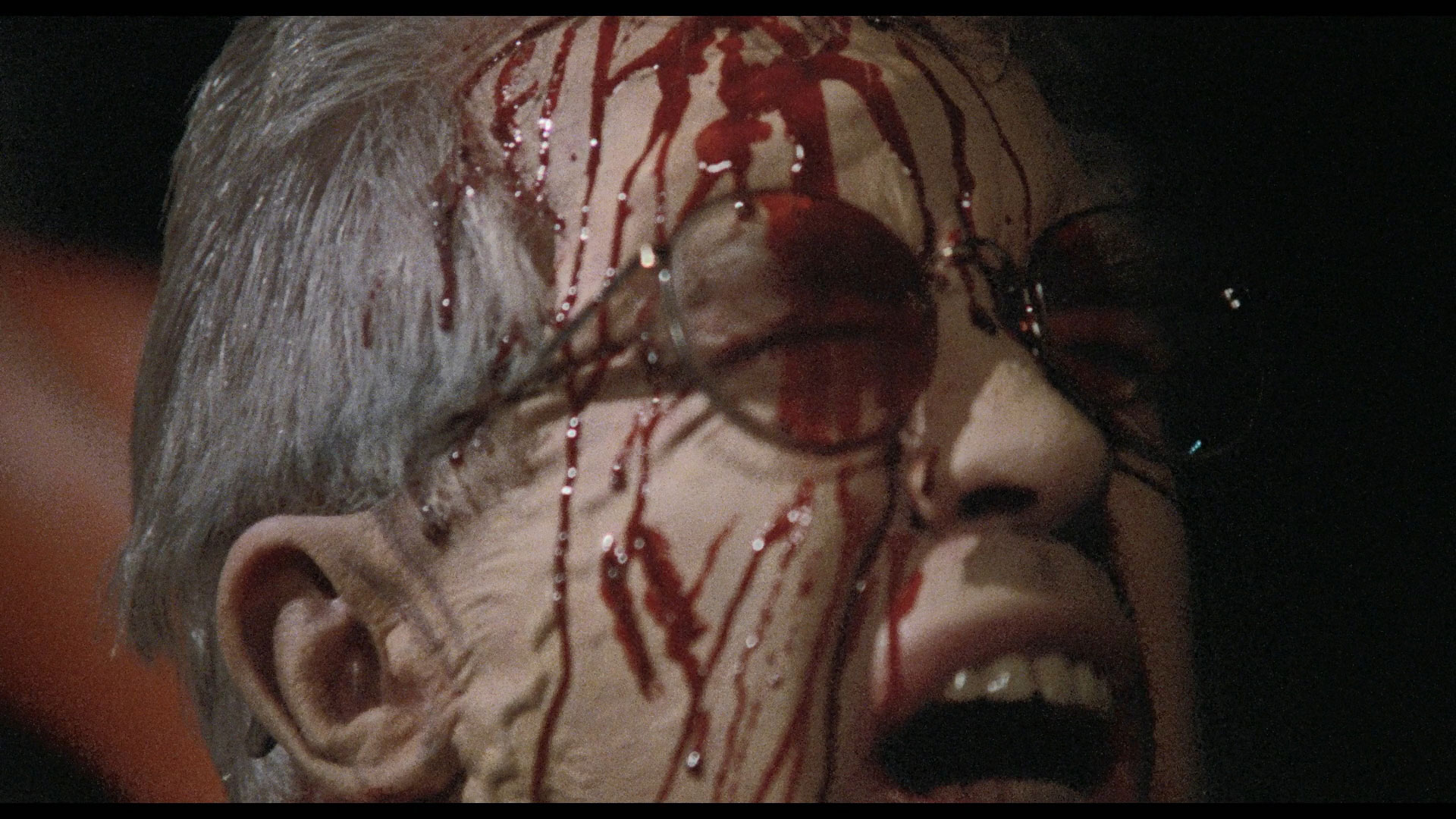 hit VHS from New Star and immediately confounded a lot of young horror VHS hounds, then went on to become one of those "you have to see it to believe it" title whispered about among fans of genre deep cuts. Since then it's been widely bootlegged and first hit legit DVD in the U.S. from Liberation in 2011 as a co-feature with Mutant, but it still looked pretty crummy. Vinegar Syndrome issued the film in 2019 as a dual-format Blu-ray / DVD set sporting a new transfer scanned in 4K from the original 35mm camera negative, and it looks particularly phenomenal if you're familiar with past releases of this title. Film grain is fine and visible, skin and hair textures are vivid, and colors look significantly improved and more natural throughout; the DTS-HD MA English audio is also much more dynamic without all that nasty tape hiss, and optional English SDH subtitles are provided.

On top of that you also get a previously unreleased international edit of the film running almost exactly two minutes longer, featuring some slivers of extra back story and, most notably, a completely different and very funny shock stinger at the end that works better than the baffling one we all know and tolerate now. Image quality on that one is good as well though a bit more rough by comparison. The standard theatrical cut can also be played with a commentary by Clark, who does his usual pitch for his website and autobiography 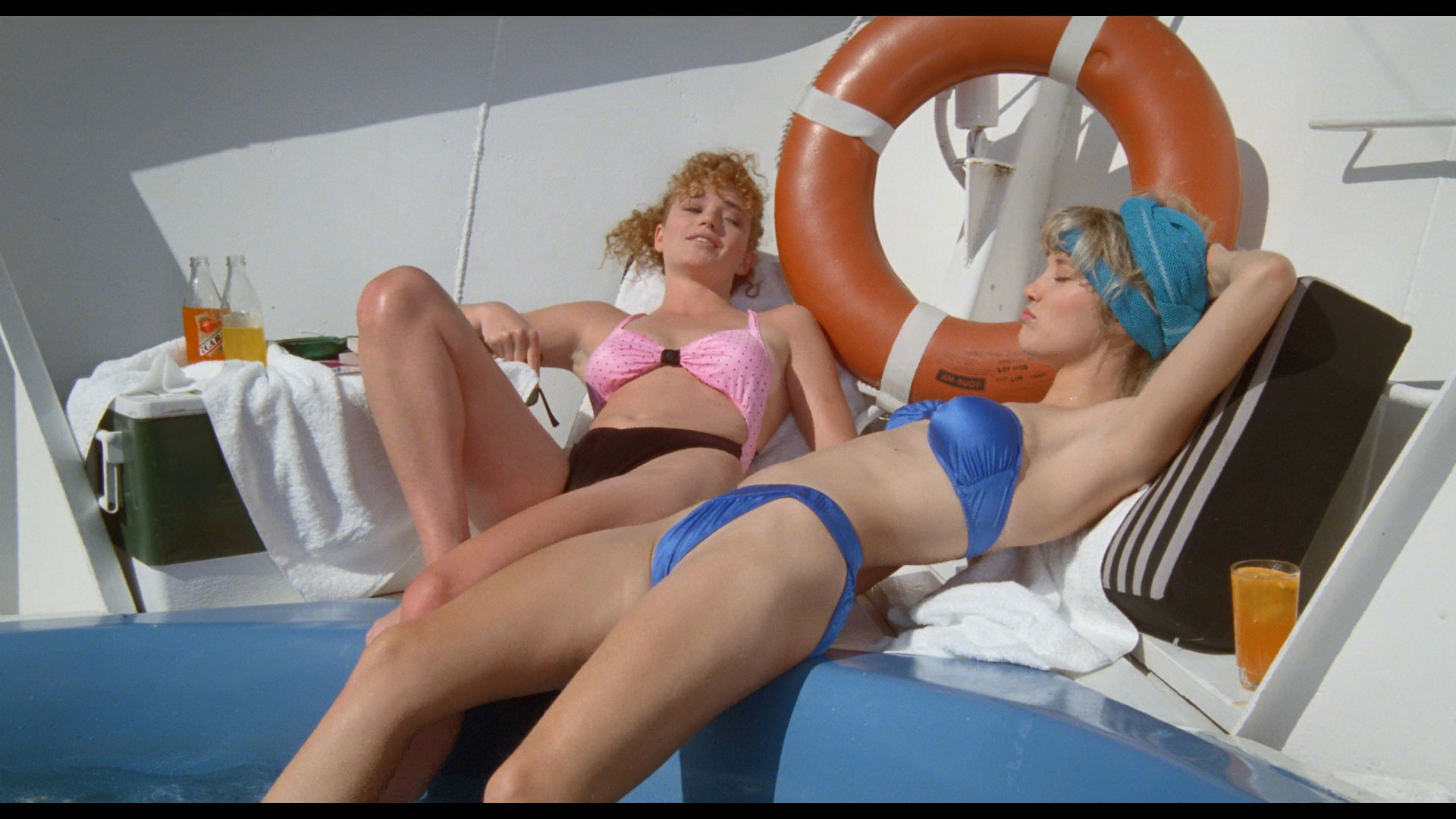 while doling out fun anecdotes about the shoot like rewrites necessitated by being on an actual luxury liner (like adding a spa), the 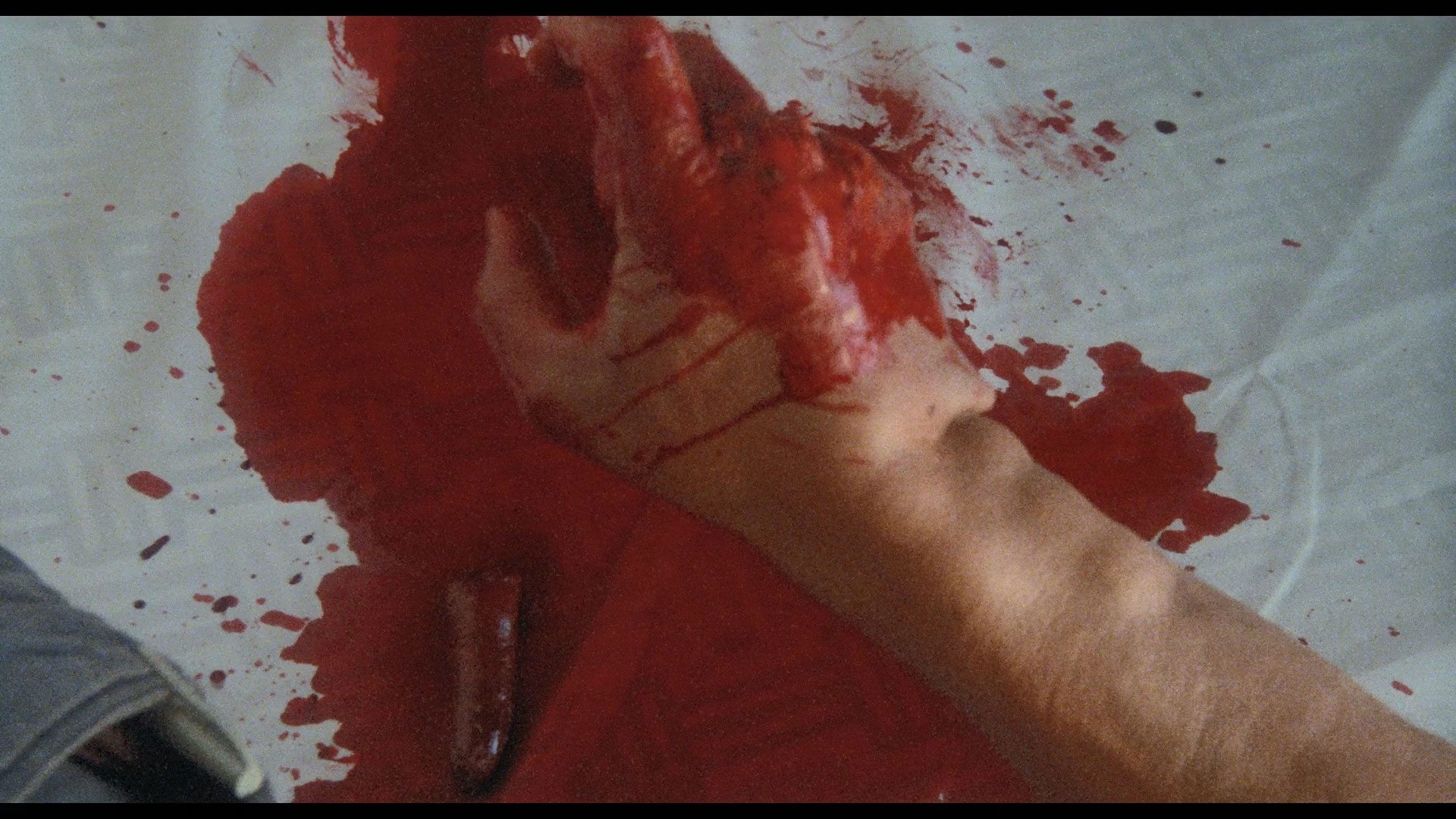 increasing difficulty of raising funding for genre films, the casting process, the addition of existing action footage from one of his prior films, the tricks of drowning an actor on camera, and of course, the treatment and happy fate of the film's feline star. Cinematographer Nicholas von Sternberg (of Dolemite and Tourist Trap fame) turns up for the new "That Darn Mutant Cat!" (9m53s), covering his memories of working with Clark, the challenges of shooting felines ("Cats don't like the water!"), his "skeptical" reaction to the script, and his mixed feelings about the final result as well as his pride (or lack thereof) in his various projects. A jerky standard def video trailer is also included with a very funny tagline at the end. A limited (2,000-unit) embossed slipcover edition designed by Earl Kessler Jr.) is also available.