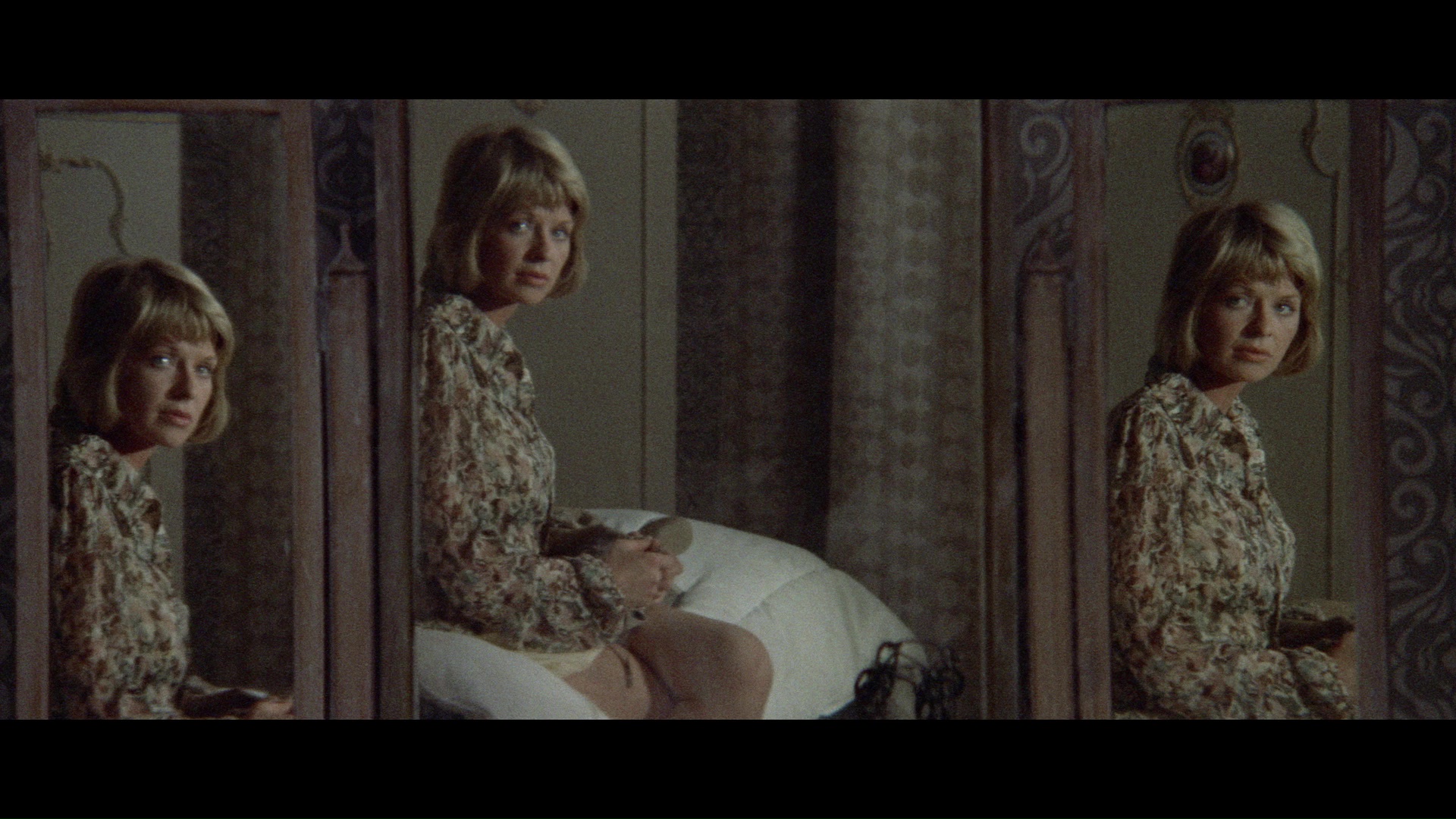 most critics will deny that

he ever made a full-blown horror film, the wildly erratic Robert Altman certainly toyed with the genre's conventions in That Cold Day in the Park, The Gingerbread Man, and most notably Images, a nerve-jangler usually regarded as a Repulsion riff about a woman's violent inability to distinguish between fantasy and reality. The film appropriately opens with a recited fairytale about unicorns - nonexistent creatures, natch - spoken by Cathryn (York), a woman alone with only a telephone and a come-and-go husband to keep her anchored to the real world. While talking to her friend Joan, she is startled when the voice on the telephone suddenly changes to a different one entirely, warning Cathryn that her husband is off having an affair. When hubby Hugh (Auberjonois) finally returns home, he assures her that it's all just a nasty prank. Unfortunately Cathryn is startled and turns into a screaming wreck when Hugh suddenly turns into her deceased former lover, Rene (Bozzuffi). Hugh decides it's time to take his wife off to the Irish countryside for a little relaxation, but the vacation proves to be no less traumatic; Cathryn sees a sinister doppelganger of herself, repeatedly encounters Rene, and also runs into another old flame, Marcel (Millais), whose blonde daughter, Susannah (Black Moon's Harrison), is more than a bit eerie herself. Realizing that these visions must be stopped, Cathryn decides to kill off her ghosts... with horrific consequences.

Unlike your standard beautiful-woman-going-crazy melodrama, Images elicits its chills through York's often startling reactions rather than the apparitions themselves. We often have to wait for her sudden scream to determine whether what we're seeing is truly unnatural or frightening; as her sanity seems to slide downhill, the viewer is left disoriented by having the one point of view in the film proven to be completely unreliable. In a sense this is closer to the ghost/madness subgenre which also includes Don't Look Now, the underrated A Quiet Place in the Country, and Symptoms, where the film itself becomes a jagged series of hallucinatory visions which the audience must later put together like a nasty jigsaw puzzle. York's excellent performance grounds a film that might otherwise be unbearably flighty, and Altman followers can find plenty of food for thought here. Sandwiched between McCabe and Mrs. Miller and The Long Goodbye on his roster of films, Images completes what is in essence a trilogy of moody, genre-twisting Altman films with expert, groundbreaking scope photography courtesy of Vilmos Zsigmond. It's a shame the two parted ways afterwards, as their styles fit each other perfectly. The film's elaborate visual scheme is consistently impressive, with mirrors and doubling imagery used to marvelous effect to produce an eerie quality in even the most mundane moments; continuing the motif with an especially bizarre stunt, the 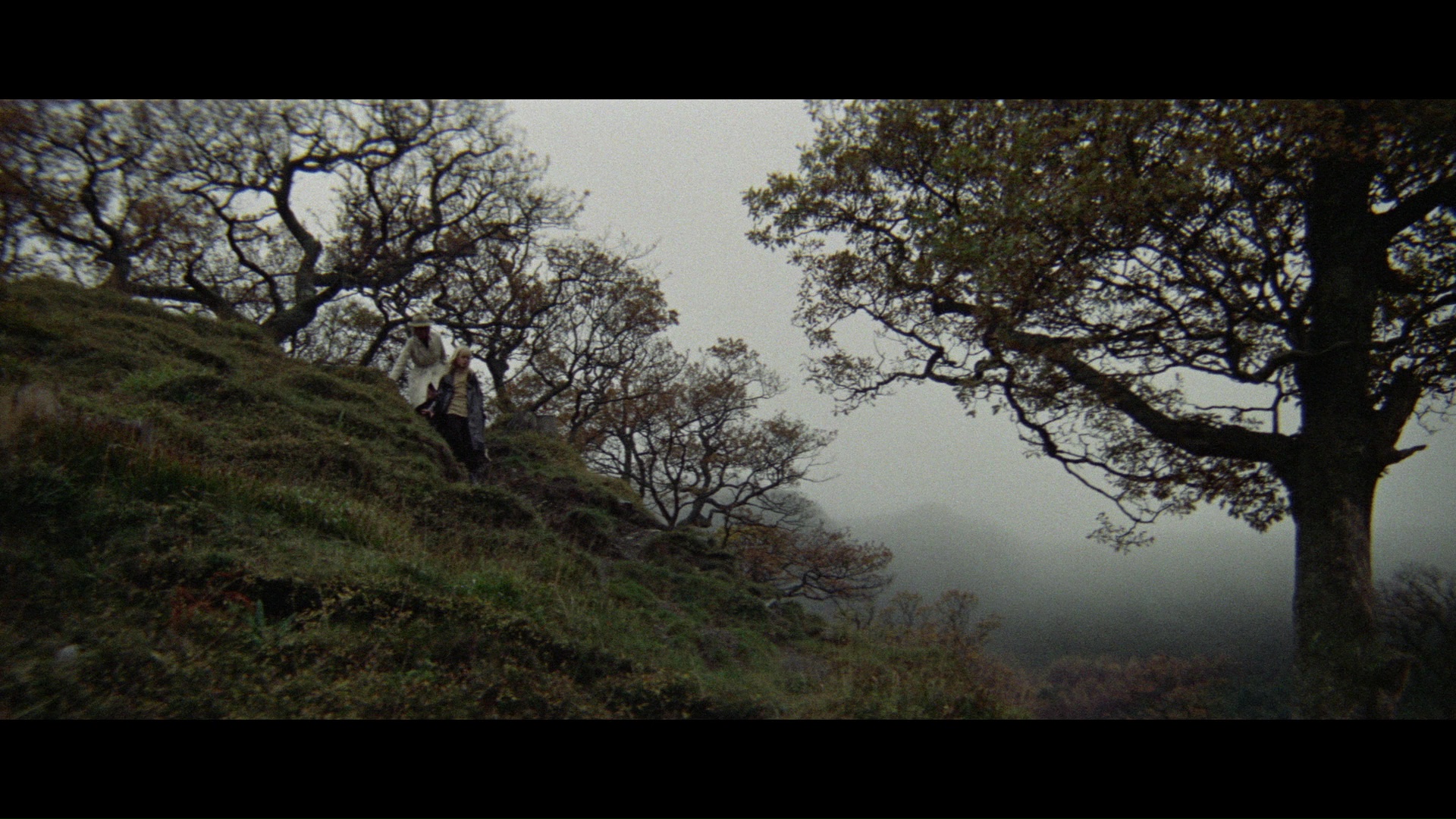 characters are all named after different actors within the film, essentially swapping everyone's identity with someone else of the same gender. Equally vital is the complex and often gut-wrenching sound mix, with an early and highly adventurous score by John Williams (complete with "sounds" by Stomu Yamashta). Though not exactly accessible, the music works beautifully and obviously inspired Jerry Goldsmith's similar work on The Reincarnation of Peter Proud a few years later.

Images' first commercial home video release via MGM's under-the-radar 2003 DVD release was nothing less than a milestone recovery for horror fans with a taste for art house flourishes.

Long mentioned as the "lost" Altman film surrounded by rumors of studio suppression, demolished negatives, and legal entanglements, this Hemdale release was first distributed by Columbia but promptly buried without a trace for years. Fortunately the DVD finally offered a chance to assess the film in all its widescreen glory, and the results were worth the wait; the spooky Irish scenery and pastoral lighting look wonderful in this anamorphic transfer, which is bright and colorful where it should be and deliberately desaturated during several interior scenes. The disc comes with a handful of welcome supplements, primarily a 24-minute featurette, "Imagining Images" (24m31s). Best known as an actors' director, Altman is his usual chatty self here and warmly discusses the film without blowing too much of its ambiguity; Zsigmond also pops up for a quick interjection, too. Altman returns for one of those odd "selected scenes" commentary tracks in which he discusses some of his favorite moments and points out little anecdotes about the production history. The disc closes out with a long, borderline avant garde theatrical trailer that probably did this film no favors with general audiences. 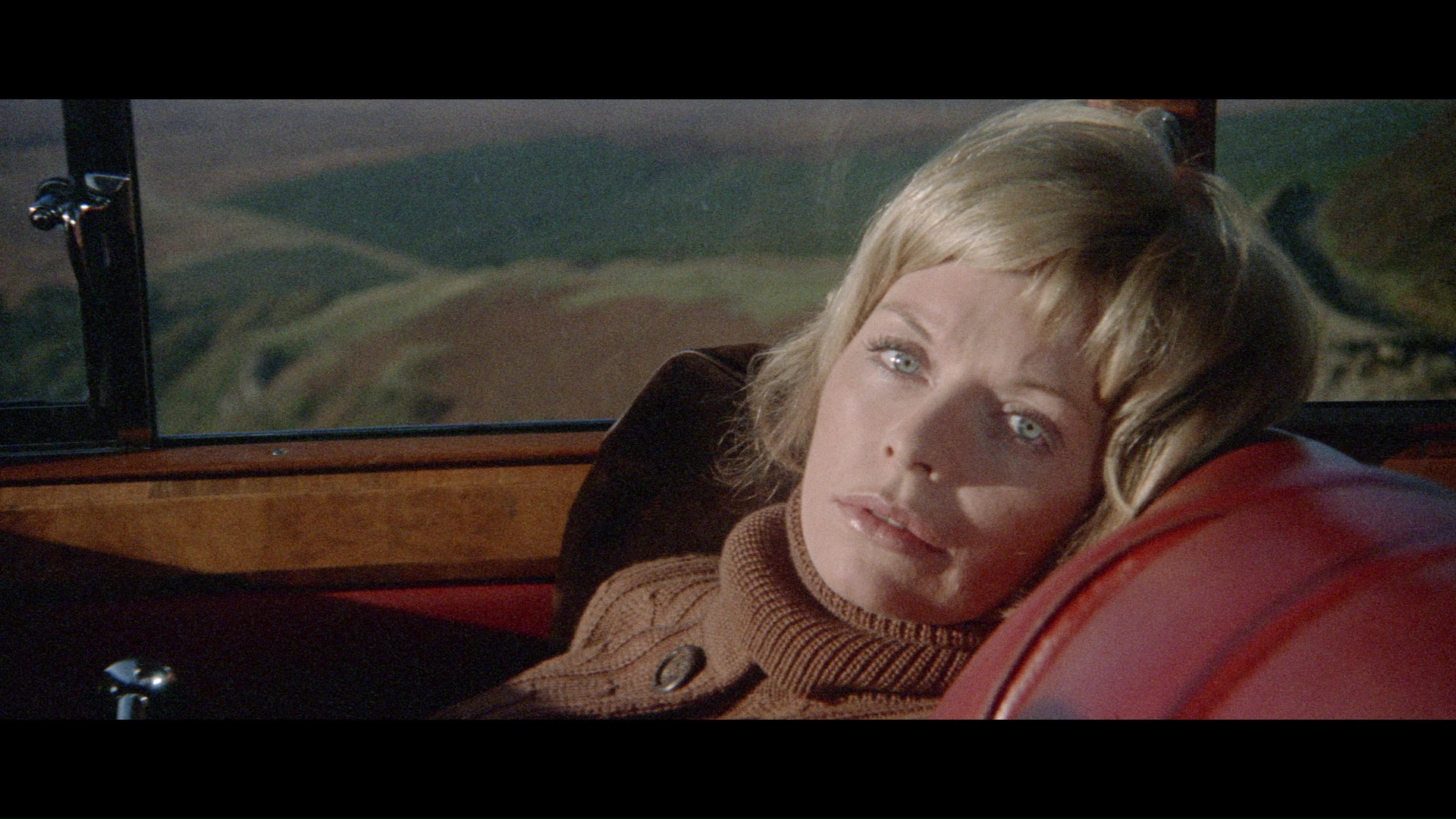 2018, many years after the film went out of circulation and started fetching ridiculous amounts of money online, Arrow Video brought Images back to life on Blu-ray in the U.S. and U.K. via its Arrow Academy brand with a greatly expanded special edition. The transfer, a new 4K-sourced restoration from the negative, looks exceptional in motion with those deep blacks and heavy textured grain familiar from other early '70s Altman titles; it looks terrific and absolutely faithful to the period, advancing handily over the already excellent DVD release. The English LPCM audio also sounds fresh and deeply unnerving at times with some very dramatic dynamic range at times, particularly when it comes to that score and York's sudden screams. The prior Altman commentary, featurette, and trailer are ported over, but you also get a new audio commentary by the always top-notch Samm Deighan and Kat Ellinger. Their approach is heavy on the film criticism aspect, not surprisingly, as they tackle the film's dense depiction of female madness, the relationship to other Altman films on a similar theme (That Cold Day and 3 Women), the director's repeated encouragement of his actresses to become involved in other creative aspects of the film (such as York's writing of the unicorn book), and a slew of artistic connections including Persona, Let's Scare Jessica to Death, and plenty more. A short new video interview with Harrison (6m4s) is surprisingly lighthearted as she talks about Altman's directing technique and sometimes playful methods with his cast, as well as the whole name-swapping idea of the actors and characters. More intricate is a perceptive analysis by Stephen Thrower (32m26s), who traces the film's years-long creative process in Altman's mind, the intentional disorientation of the locations, the Ingmar Bergman influence, the disparity between the film's critical and commercial reception (apart from the infamous Rex Reed), and the self-aware Altman humor that pops up even in this, one of Altman's scariest and most overlooked films. The packaging (which features a striking new cover designed by the Twins of Evil that easily outdoes any of the prior artwork) also has, in the first pressing only, a new essay by Carmen Gray and a relevant section from the book Altman on Altman. 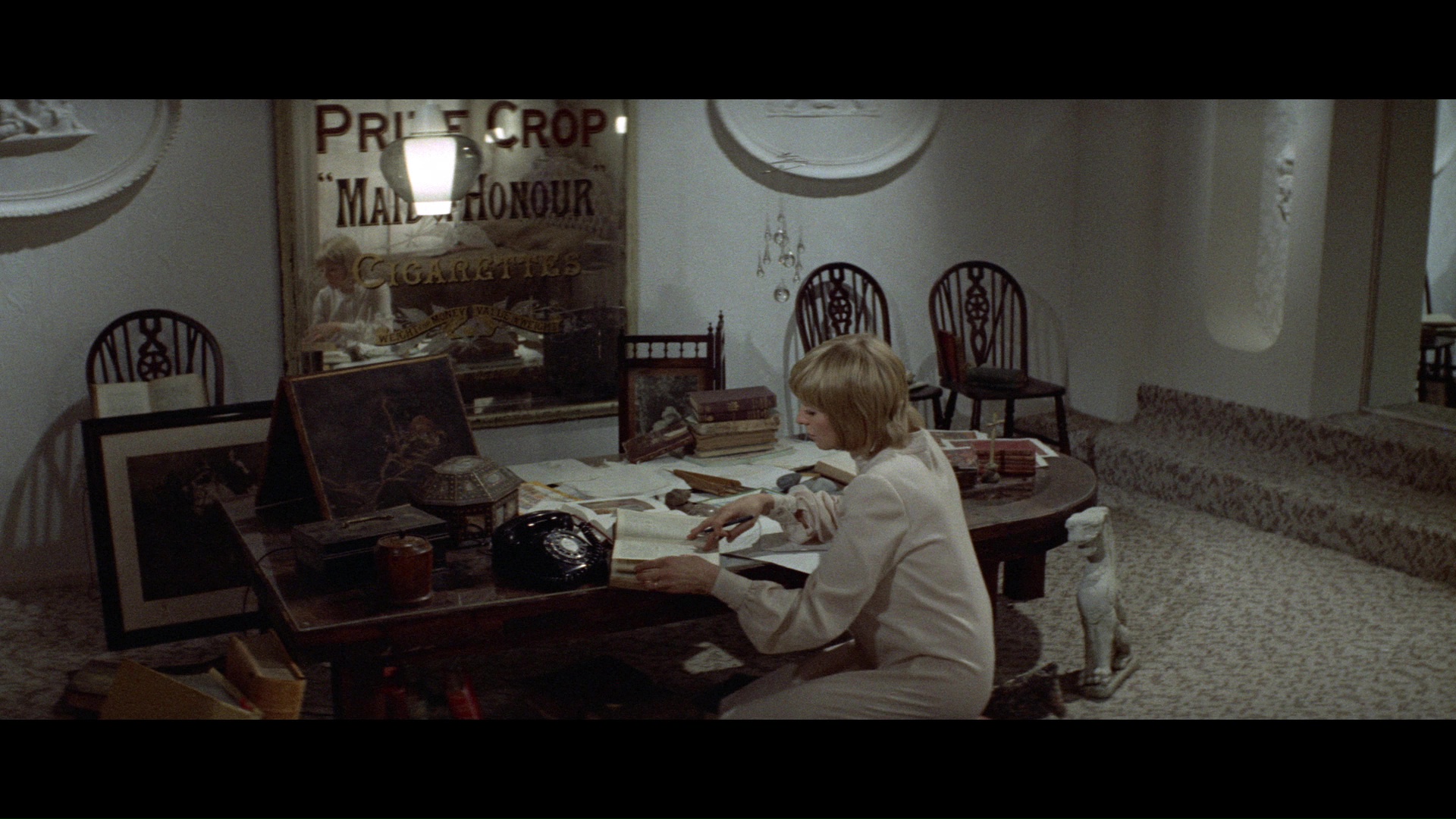 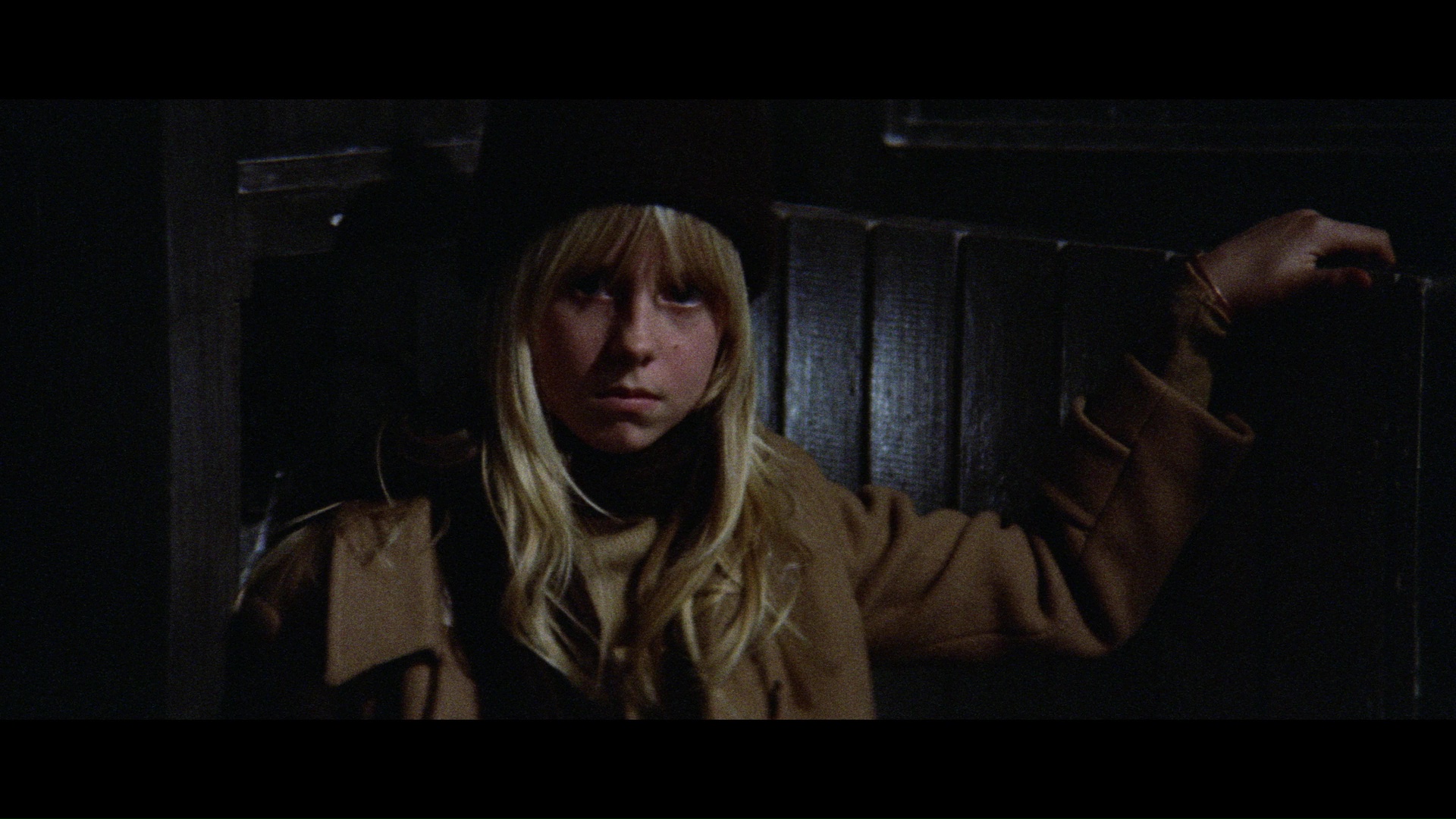 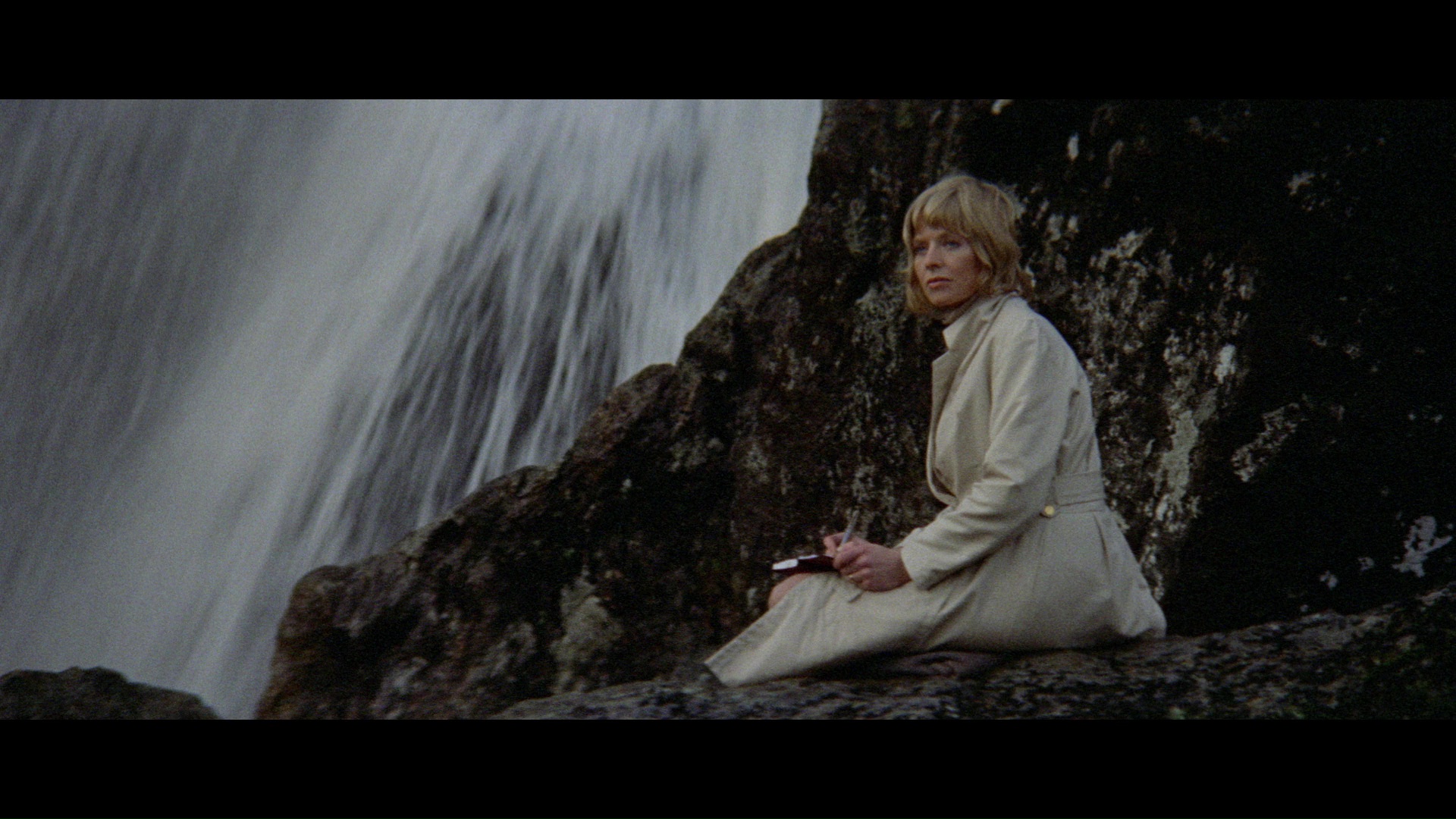 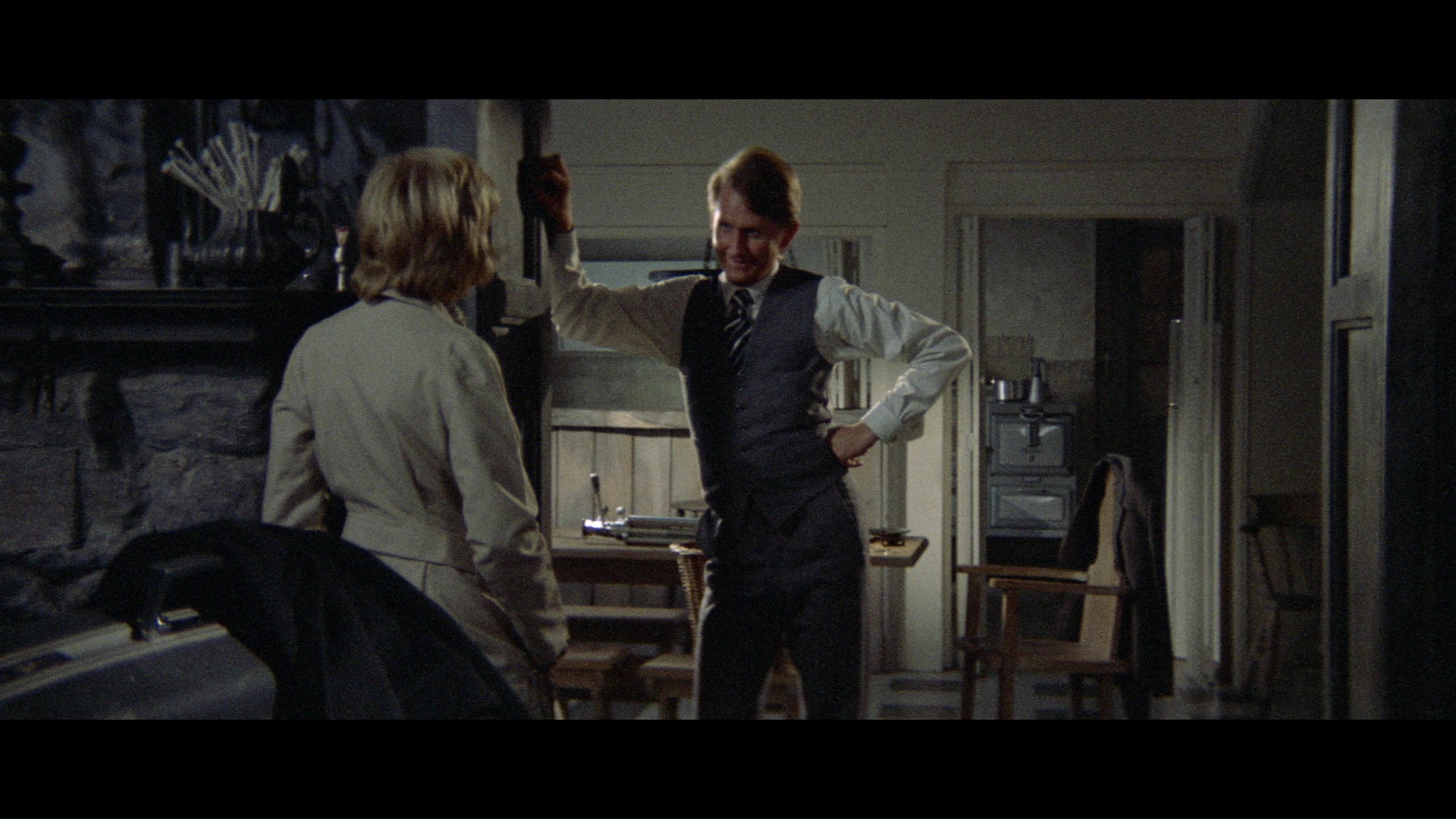 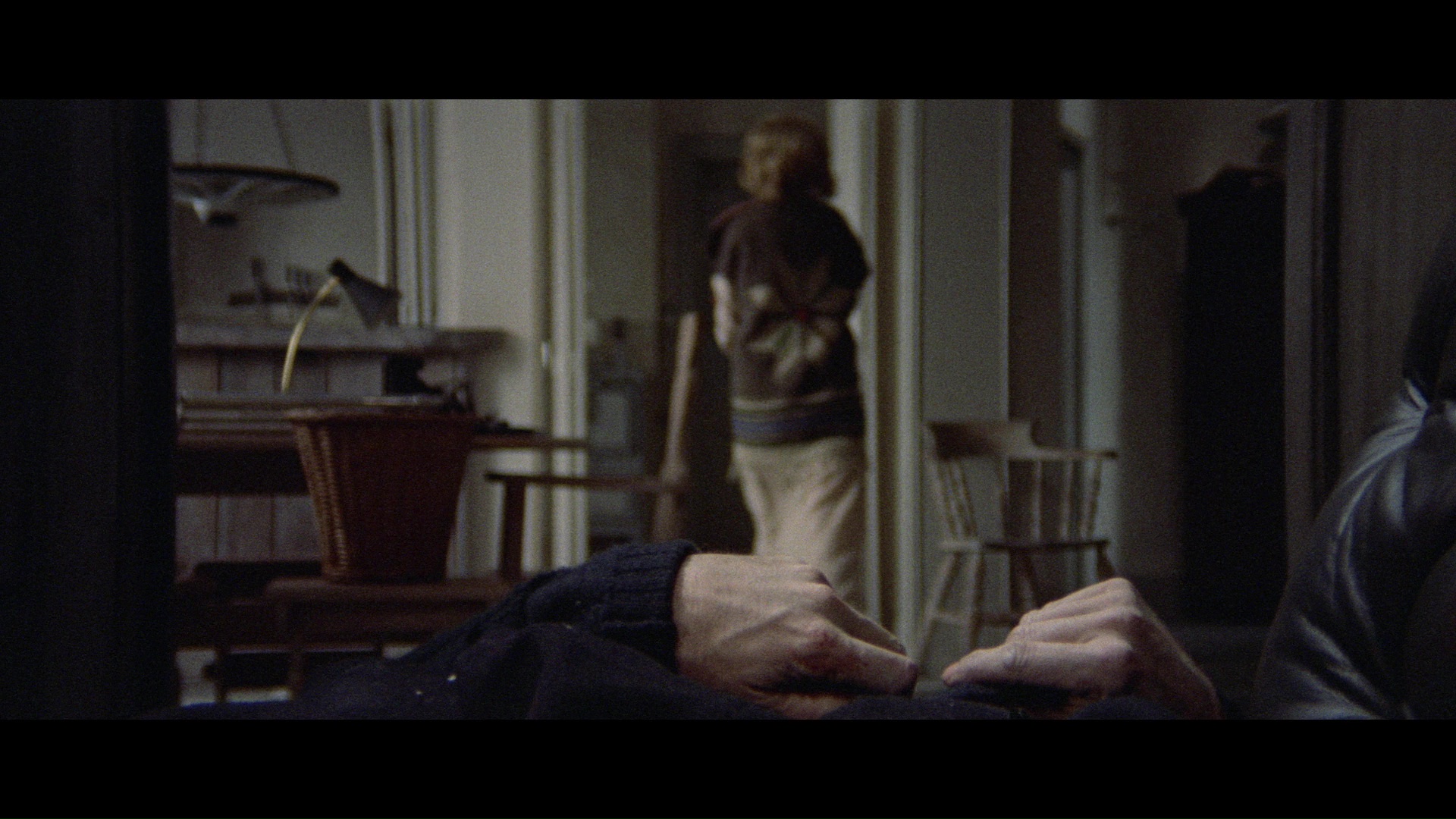 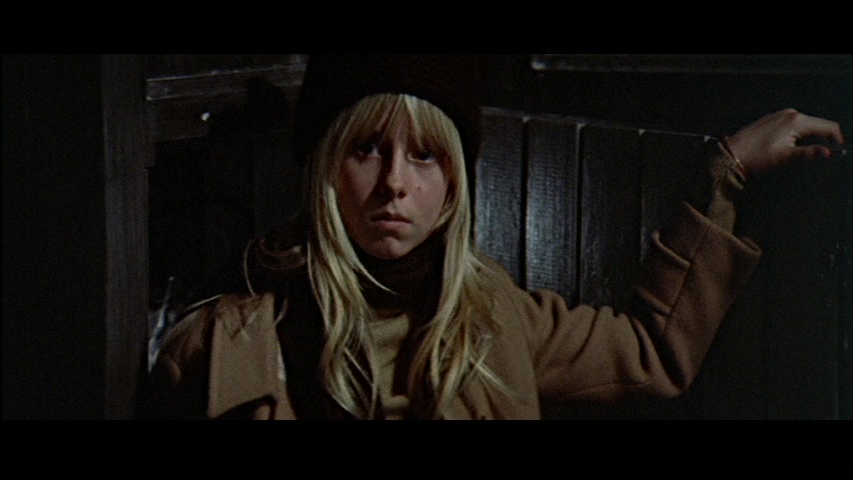 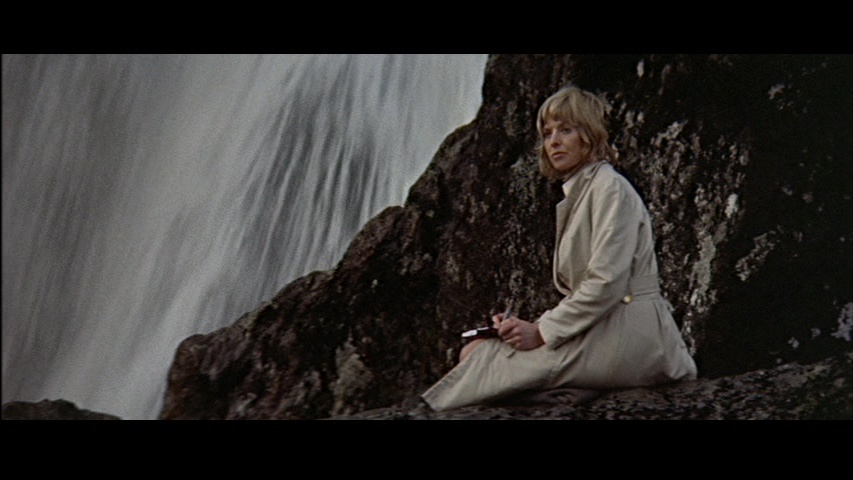 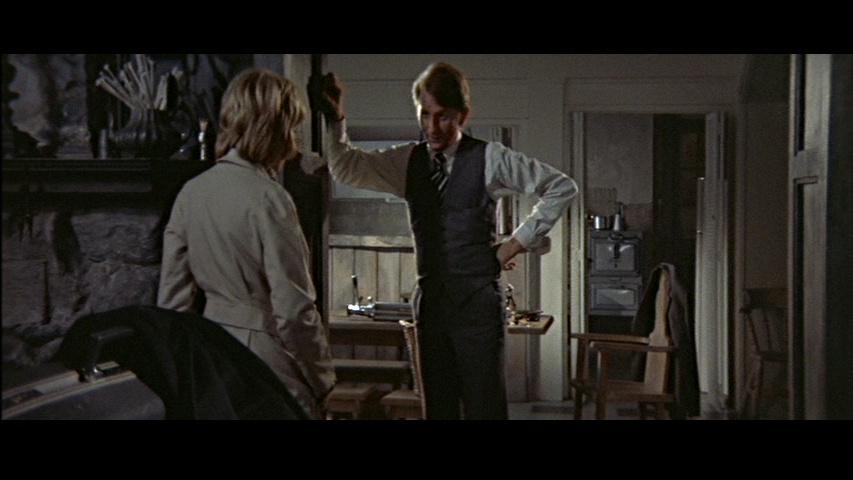 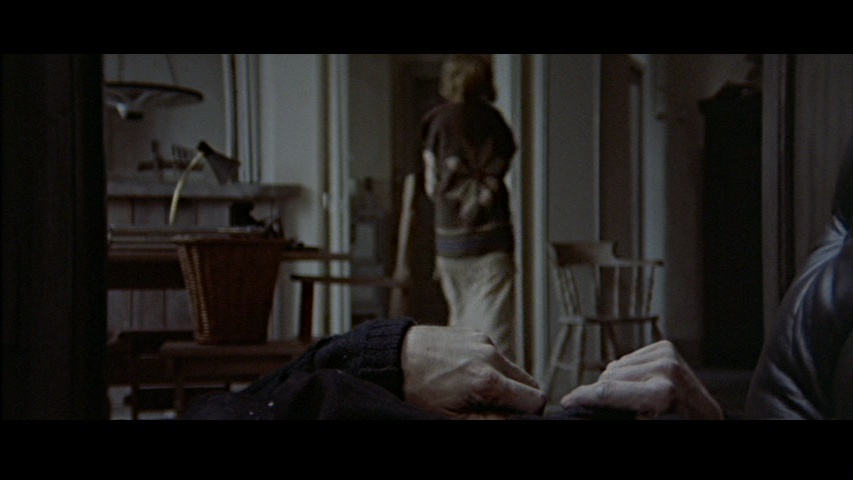