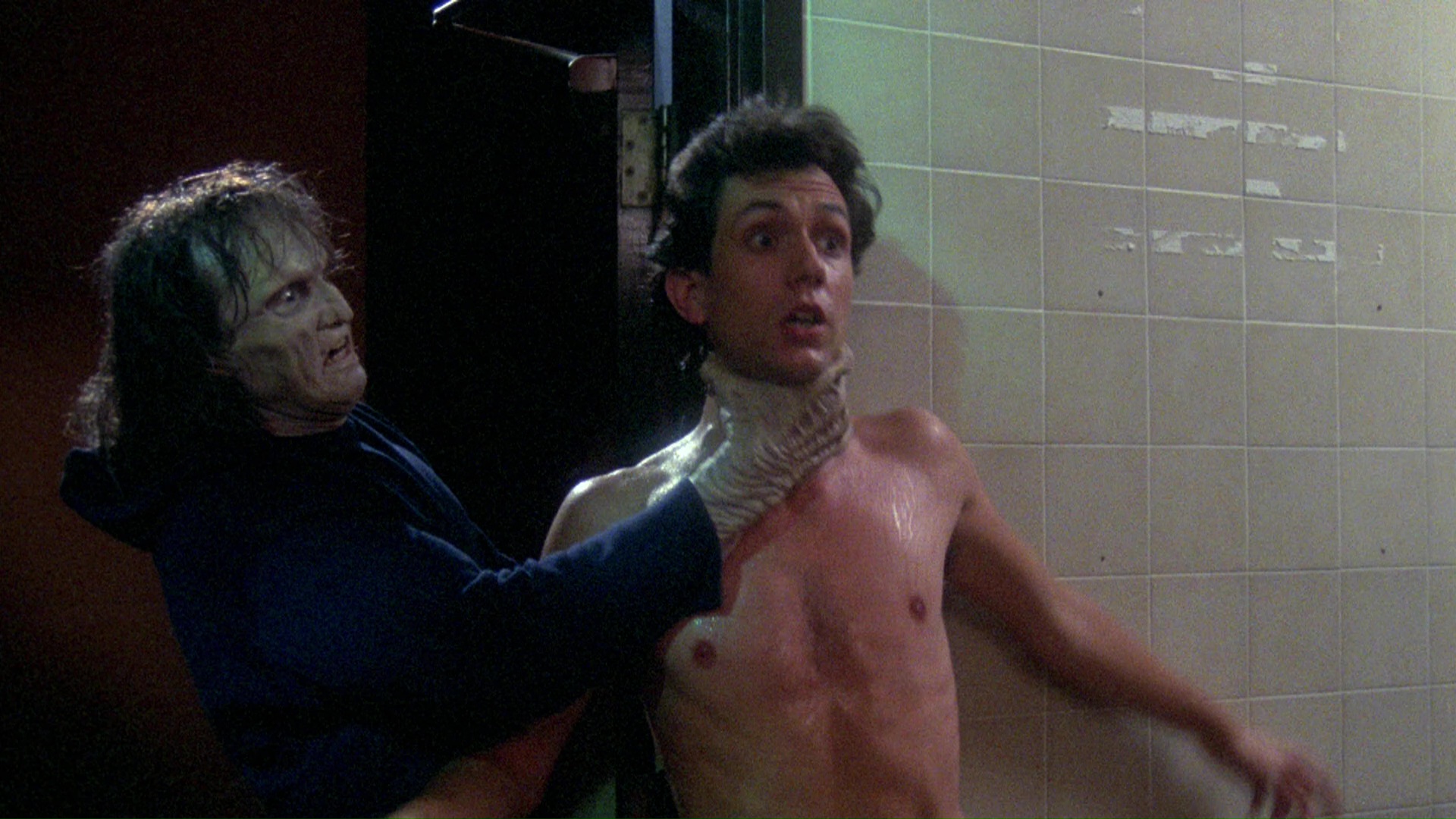 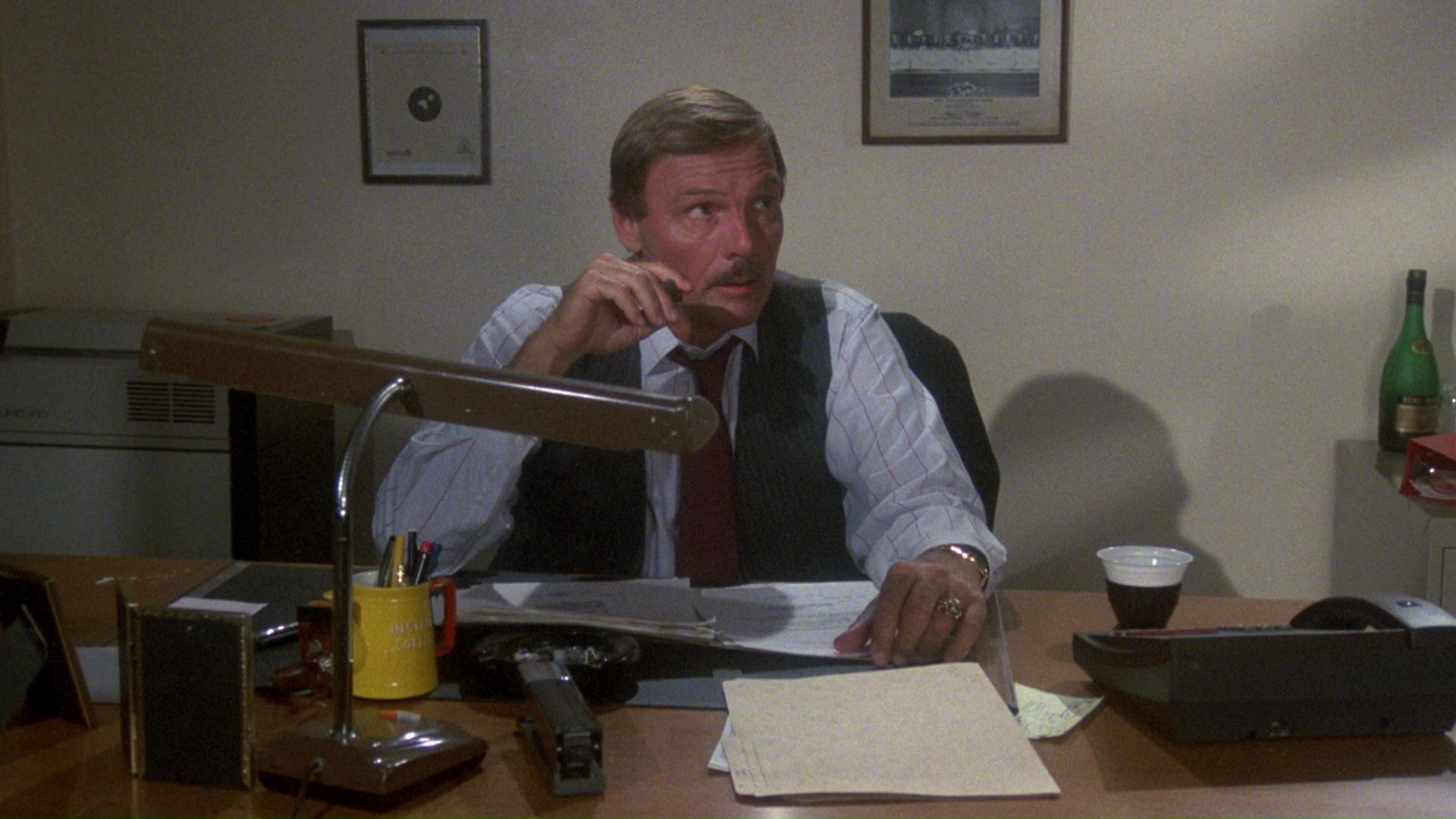 The short-lived but glorious phase of '80s heavy metal horror resulted in some truly astonishing pieces of work including a pair of indelible Canadian favorites, Black Roses and Rock 'n' Roll Nightmare, both directed by John Fasano, future writer of more mainstream fare like Another 48 Hrs. and Darkness Falls. However, he and the star of Rock 'n' Roll Nightmare, Canadian hair metal icon Jon Mikl Thor (front man for the aptly named Thor), joined forces before that to unleash another brain-melting, metal-flavored concoction, Zombie Nightmare. Fasano is only credited on the film for his on screen appearance as a distraught (and suspiciously young) father, but according to the DVD extras on this special edition, he also directed and wrote huge chunks of the film as well but was denied credit due to Canadian financial regulations. Whoever was responsible, it's an awful, awful film that's also a ton of fun. Plus, it has Adam West running around firing a gun and stomping on suspects.

Still traumatized from witnessing his father's murder by switchblade after a baseball game as a child, incredibly buff, big-haired cop Tony (Thor) dispenses justice on the mean streets of Montreal with a judiciously applied baseball bat to the head for anyone to rob a convenience store. Unfortunately he's mowed down one night by a joyriding gang of pampered hooligans run by a snot rag named Jim (Levy), who likes to threaten people in fancy clubs with a knife. Instead of going to the cops, a witness drags Tony's body back to his mama who responds like any good parent would-- by calling over the neighborhood voodoo priestess (Rigaud) whose nocturnal ritual in the backyard brings Tony back from the dead. Still swinging his trusty bat, our undead cop goes after his killers one by one, while two cops (West and Dietz) try to figure out who's picking off the spoiled bullies. 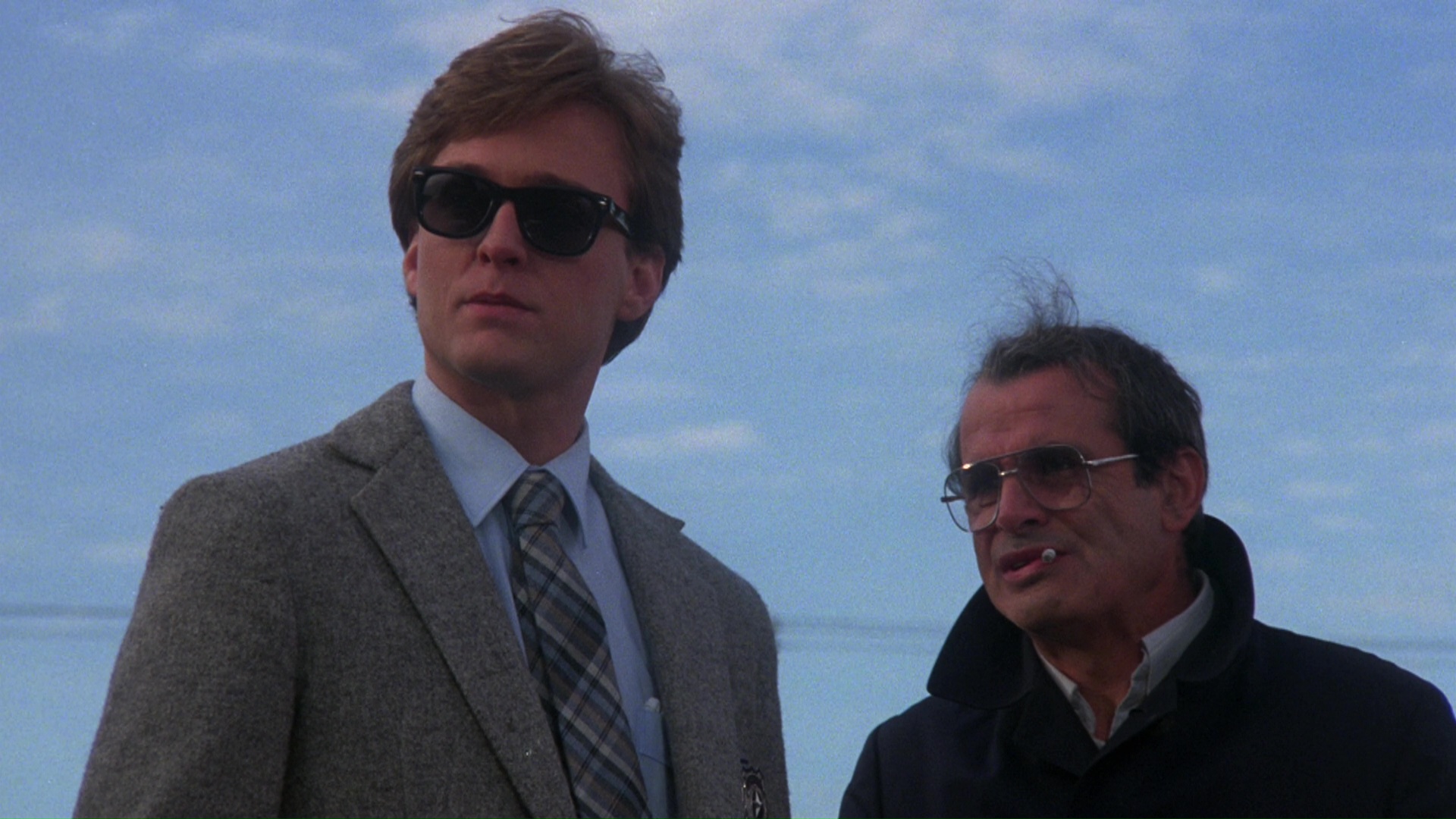 Virgin Steele, Fist, and Thor (surprise!), Zombie Nightmare became a VHS favorite from New World and an even bigger late night TV favorite when it became a punching bag for one of the better episodes of Mystery Science Theater 3000, which unfortunately trimmed out some of the gorier highlights. West is actually a lot of fun in his limited role, and it's amusing seeing a young 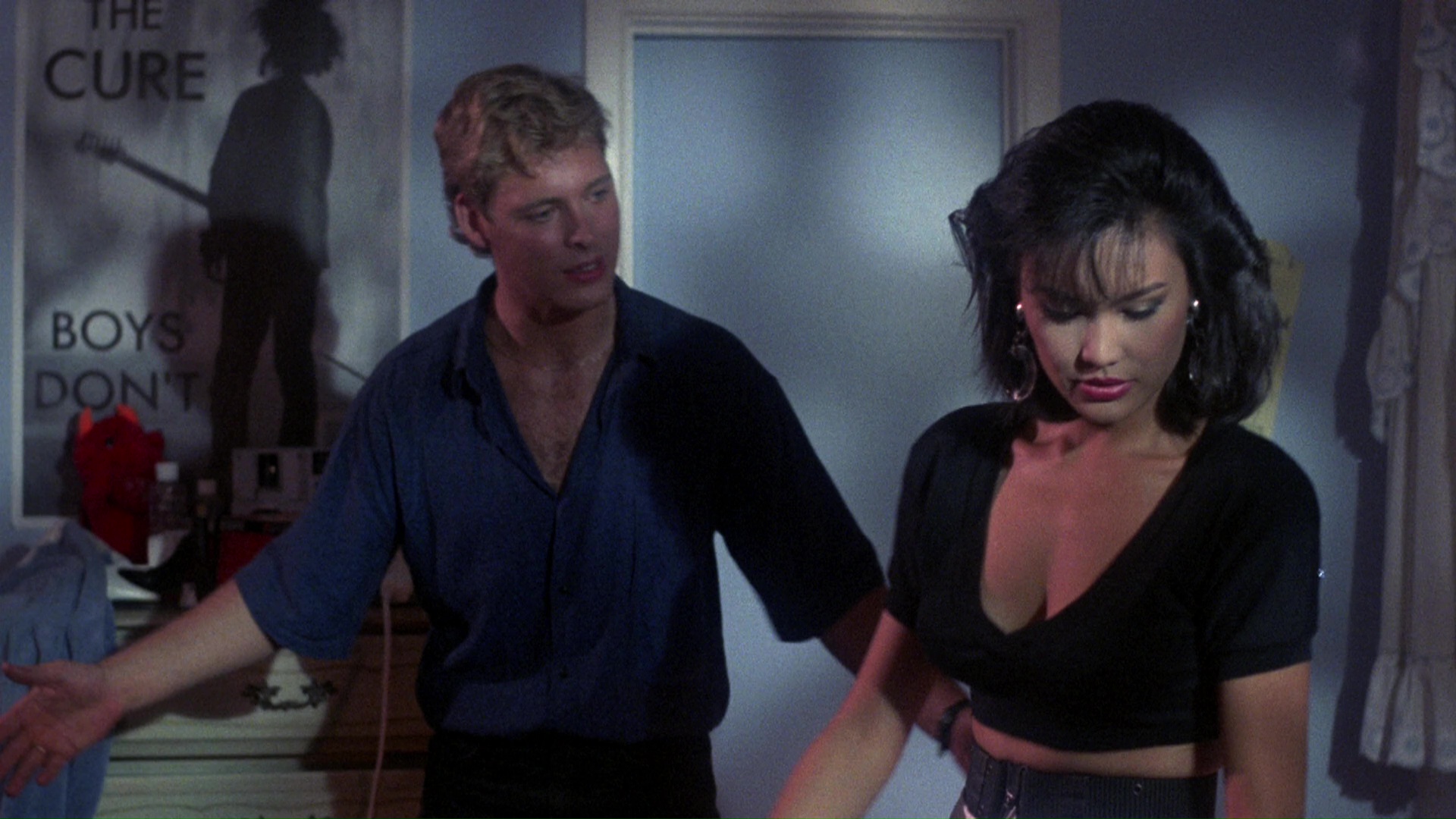 Tia Carrere (shortly before Wayne's World and Tales from the Crypt) as one of the main bad kids; other than that, this is strictly bad film heaven all the way. The script means well and has some decent twists, but the impoverished and often utterly cockeyed execution stumbles around blindly almost as much as its zombified hero. The laughs come fast and furious right from the beginning with Thor's unforgettable convenience store fight, and while it's a shame he's buried under make-up for most of the running time, this is a fine companion piece to his subsequent starring vehicle.

While you can catch this in its trimmed, full frame form as part of Mystery Science Theater 3000, Vol. XV (along with The Girl in Lovers Lane, Racket Girls, and The Robot vs. the Aztec Mummy), any metal horror fan will definitely opt instead for Scorpion's special edition, first released on DVD in 2010 and then switched over to Code Red on Blu-ray in 2016, sold via Screen Archives. The DVD contains a good anamorphic transfer ("mastered in HD," God help us!) and is fully uncut, with picture quality about as good as could be expected. Apart from the video-generated opening credits, the image looks very colorful and vibrant with nice splashes of neon and bright red blood. Alas, there's no fancy schmancy 5.1 remix, but the original mono soundtrack certainly gets the job done. "The Making of Zombie Nightmare" attempts to untangle the convoluted story of how this unlikely film evolved from an all-black revenge tale to a Canadian E.C. Comics-style quickie with a metal score. Fasano contributes most of the interview material here and points out how his lack of involvement in the editing resulted in some howling goofs, including shots of West clearly reading from his script on camera. Also 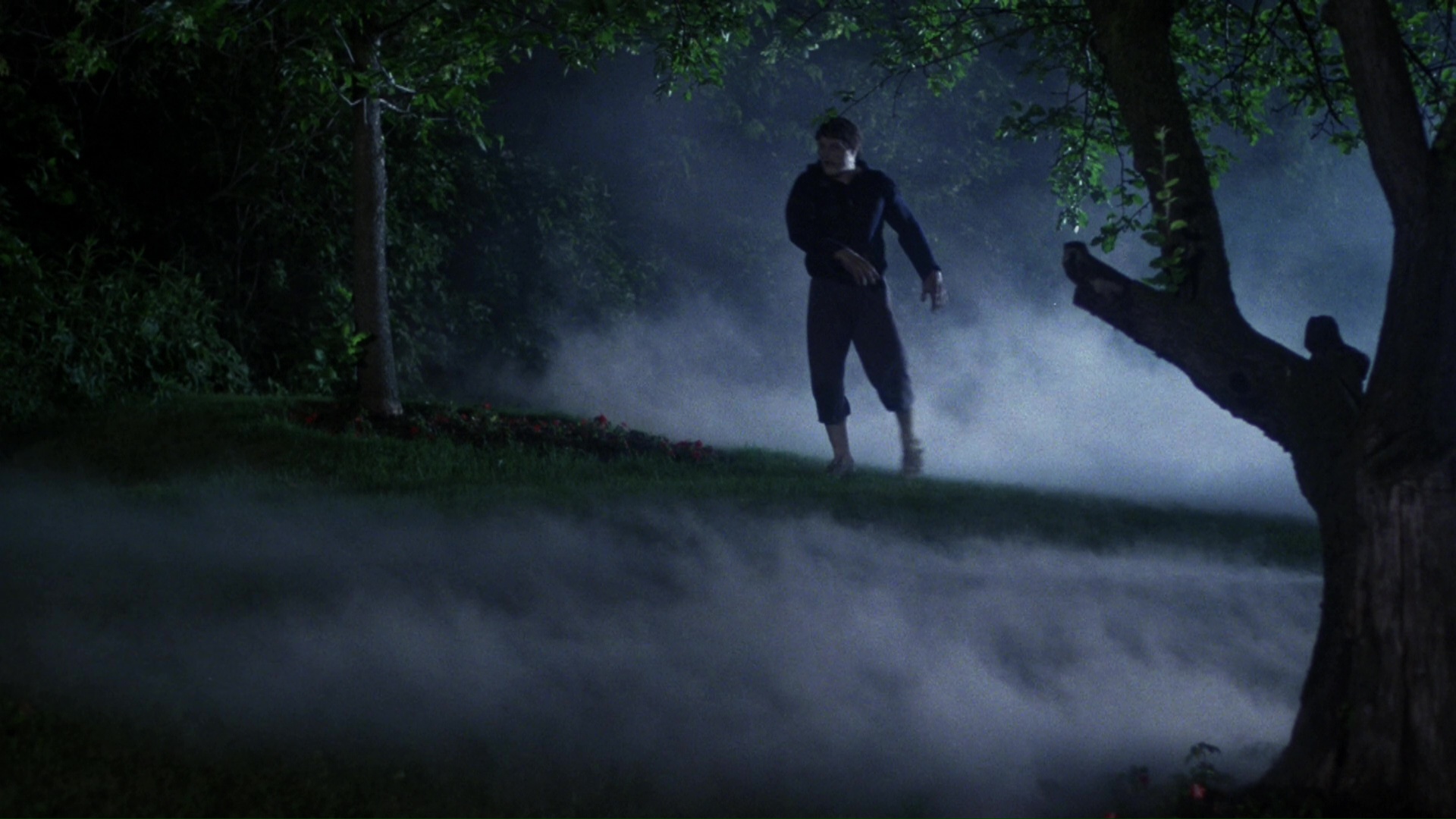 on hand are Thor, Dietz, and credited director Bravman, a sexploitation veteran trying to go legit who mainly tackled the 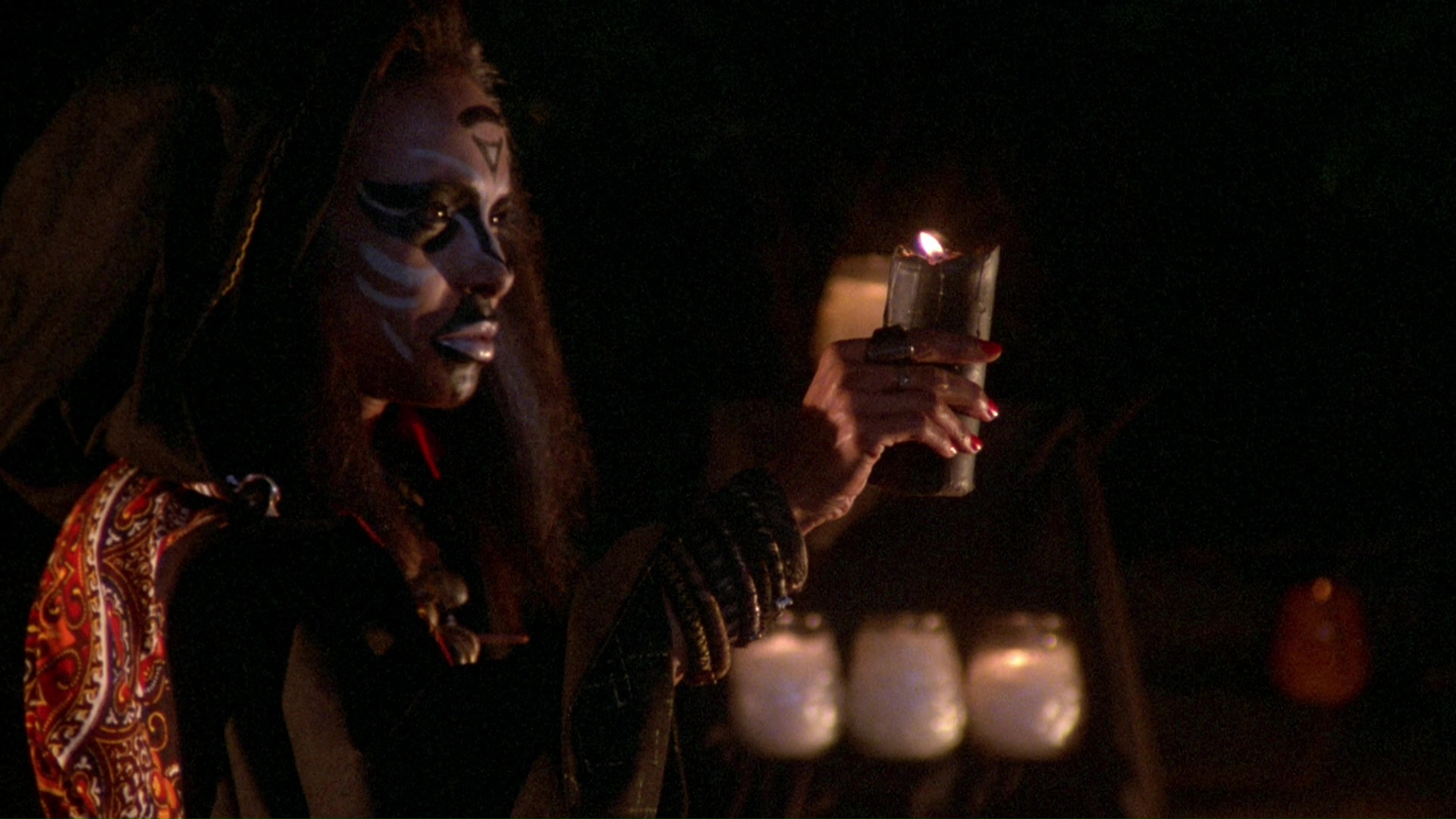 scenes involving West and Carrere. Fasano and the two actors are also on hand for a good-natured audio commentary in which they discuss the ramshackle production process in more detail, while Bravman also turns in a second, less valuable audio interview via telephone in which he gives his own take on the process in more detail.

The Blu-ray edition features a new HD transfer, which manages to wring a bit more detail out of what remains a very dark and weirdly shot film often filmed with what looks like insufficient lighting. The daylight scenes are definitely an improvement with far better detail and more accurate color correction, so it's probably safe to say this is about the best it will look for a very long time. The DTS-HD MA mono track sounds good enough for a mid-'80s mono mix, as usual. The featurette and commentary are carried over here, while the previous Bravman phoner chat is replaced here with a new, different 11-minute interview that's much easier to hear. He runs through some of his career "highlights" like Night of the Dribbler and Invasion of the Blood Farmers, apparently very amused by where the years have taken him. Be warned he taps stuff on his desk a lot, so keep the volume down. The film can also be played in what's billed as Katarina's Bucket List mode, with hostess Katarina Leigh Waters adopting the persona of her manipulative French cousin, Antoinette, to poke fun at the Canadian origins and cover the career highlights of everyone involved.