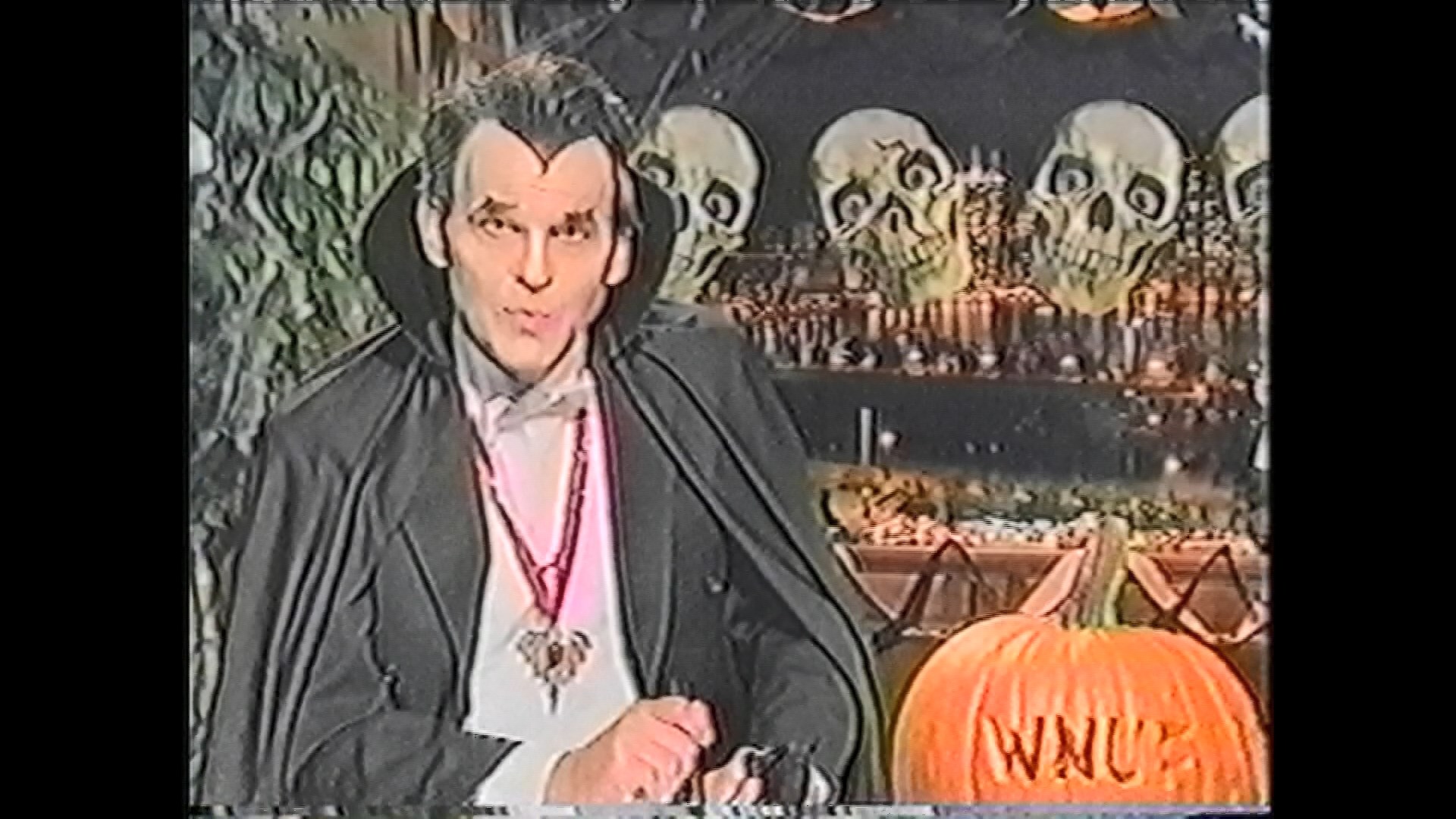 think the found footage subgenre has run its course, someone seems to 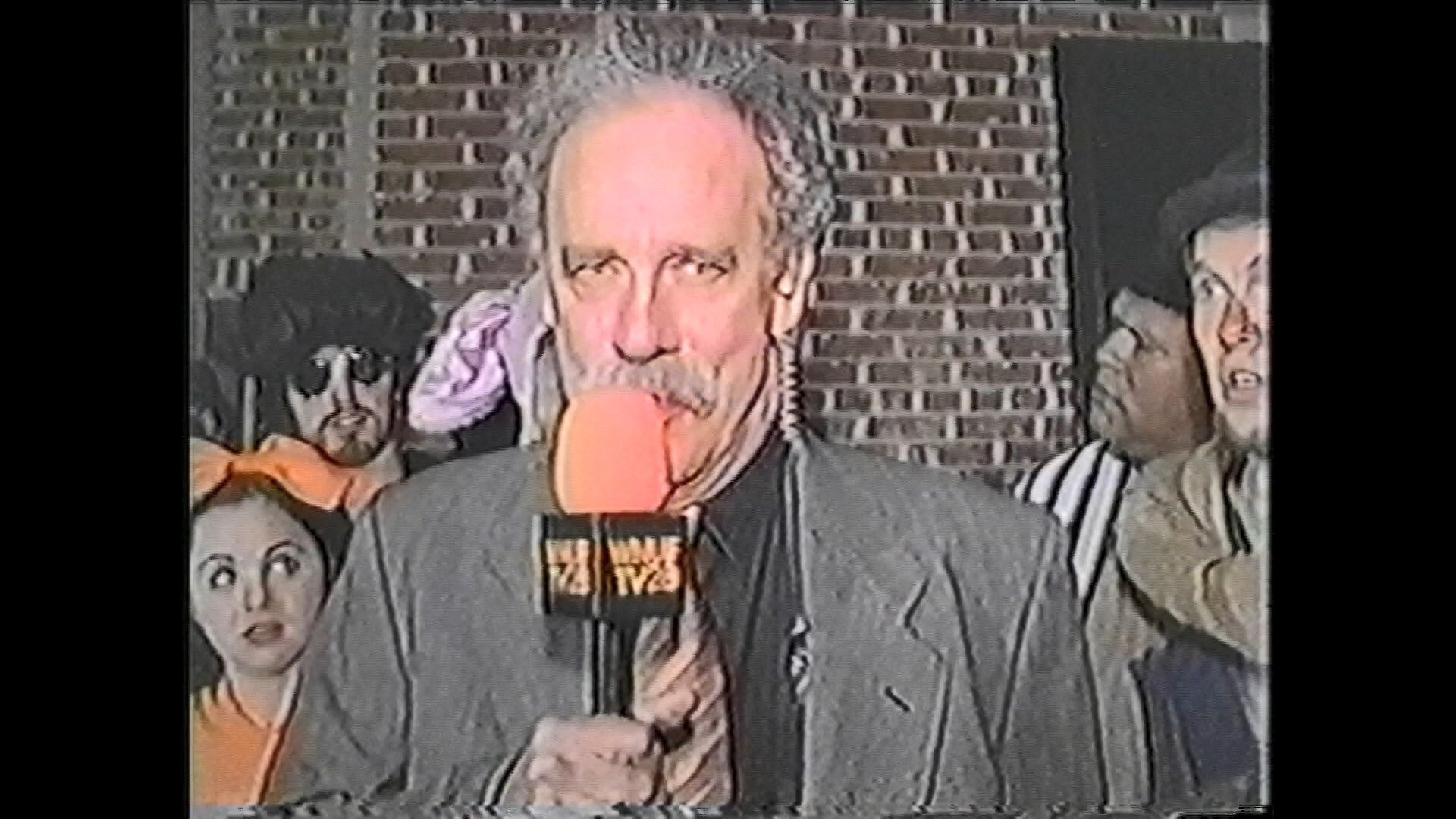 come up with a fresh take to pump some fresh blood into the concept. WNUF Halloween Special is promoted to this day as a long-lost local TV broadcast showcasing a live investigation of a notorious haunted house, preceded by a news show and interspersed throughout with very entertaining commercials. If you want to stay unspoiled, just stop reading now, snap this one up, and pop it with as little foreknowledge as possible for the optimal viewing experience.

Now for the rest. Created by the Baltimore-based Midnight Crew Studios on a truly minuscule budget, this labor of love is a dead-on imitation of regional TV broadcasting anchored by a great, snarky performance by DIY horror staple Paul Fahrenkopf (Call Girl of Cthulhu and Midnight Crew's most recent feature, What Happens Next Will Scare You) as Frank Stewart, a reporter assigned to do a live Halloween show in 1987 exploring the most notorious location in town, the Webber House, site of a brutal double murder. He's joined at first by two paranormal investigators, the married Louis and Claire Berger (St. August and Ball), with priest Father Matheson (Long 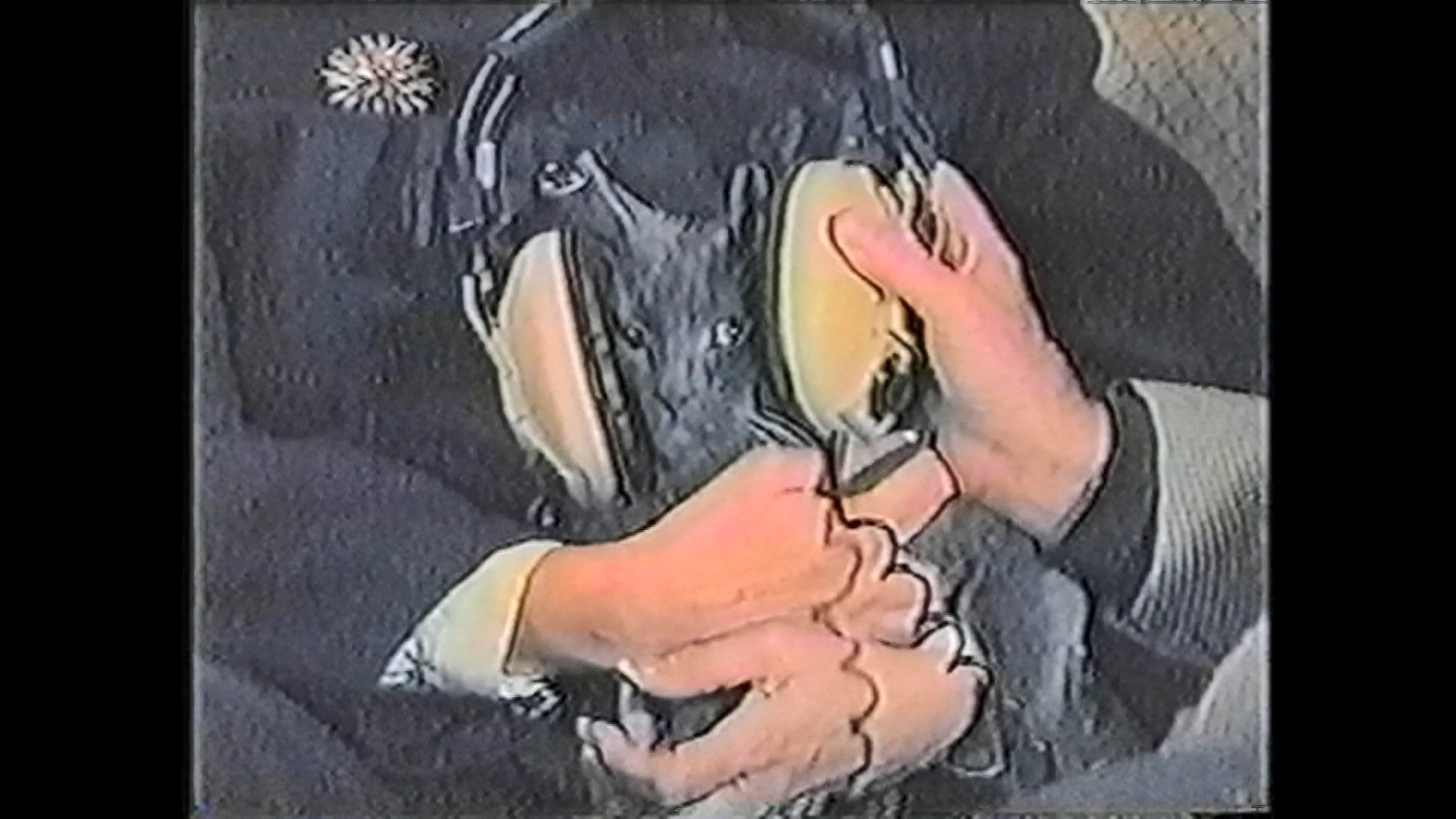 II) also recruited to go inside. Meanwhile his producer, Veronica 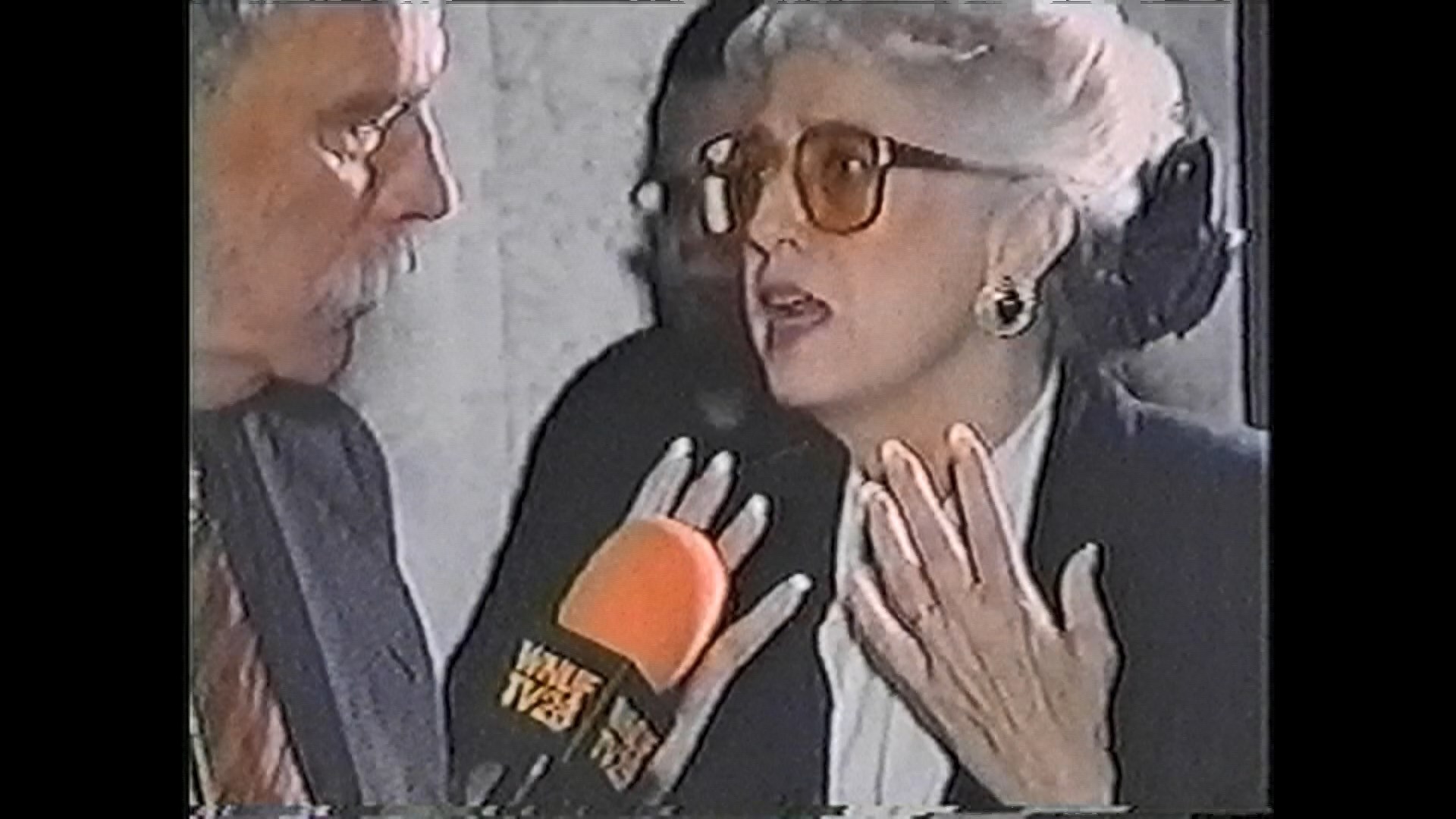 Stanze (le Faye), works in a van outside keeping everything under control. Of course, things don't go quite as planned as a fun, spooky evening of manufactured shocks turns out to be something far more malevolent. Along the way the proceedings are framed by two local newscasters setting up the show and frequent commercial interruptions, with copious fast forwarding through the apparent VHS copy of unknown origin that we're watching.

The whole bootleg VHS angle is extremely well employed here and proves to be far more than a gimmick at the end, with the eventual revelation raising some questions about what we're really seeing and how much of it truly made it to air. For the most part though this is light and affectionate Halloween fun, with the commercials (most helmed by a variety of Midnight Crew members) nailing the texture of the era for anyone who remembers the '80s at all. The references to paranormal culture are nicely handled touching on everything from the Warrens to the absurd Satanic panic manufactured crisis, but it's the love of public access and local TV at large that really makes everything click here; the ads alone are worth the price of admissions, ranging from somber PSAs (involving everything from drug use to STDs) to kitschy shopping mall ads and plugs for pumpkin patches and autograph appearances. That approach also sets this apart from the usual found footage approach, putting this 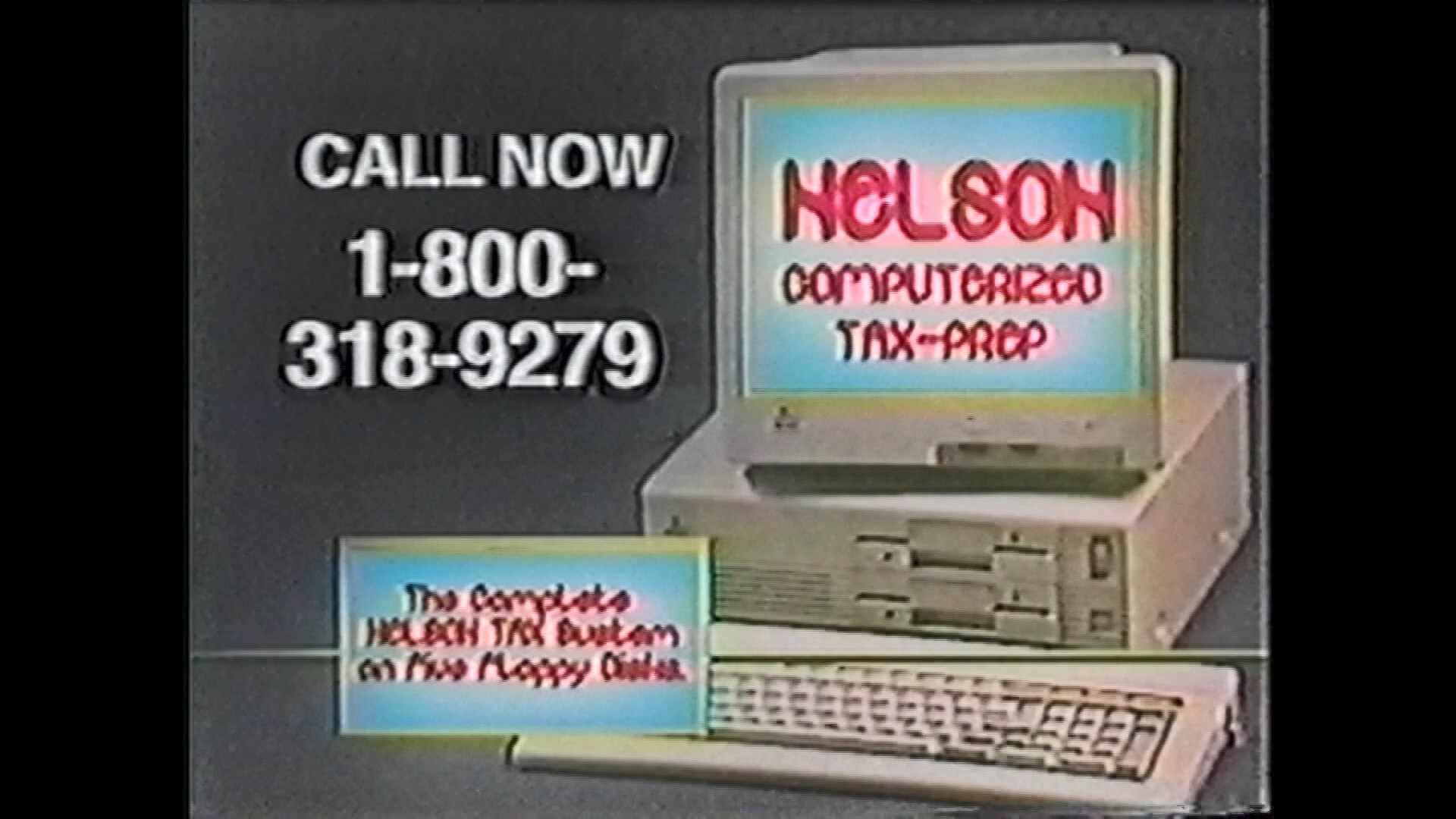 about halfway into the faux media category 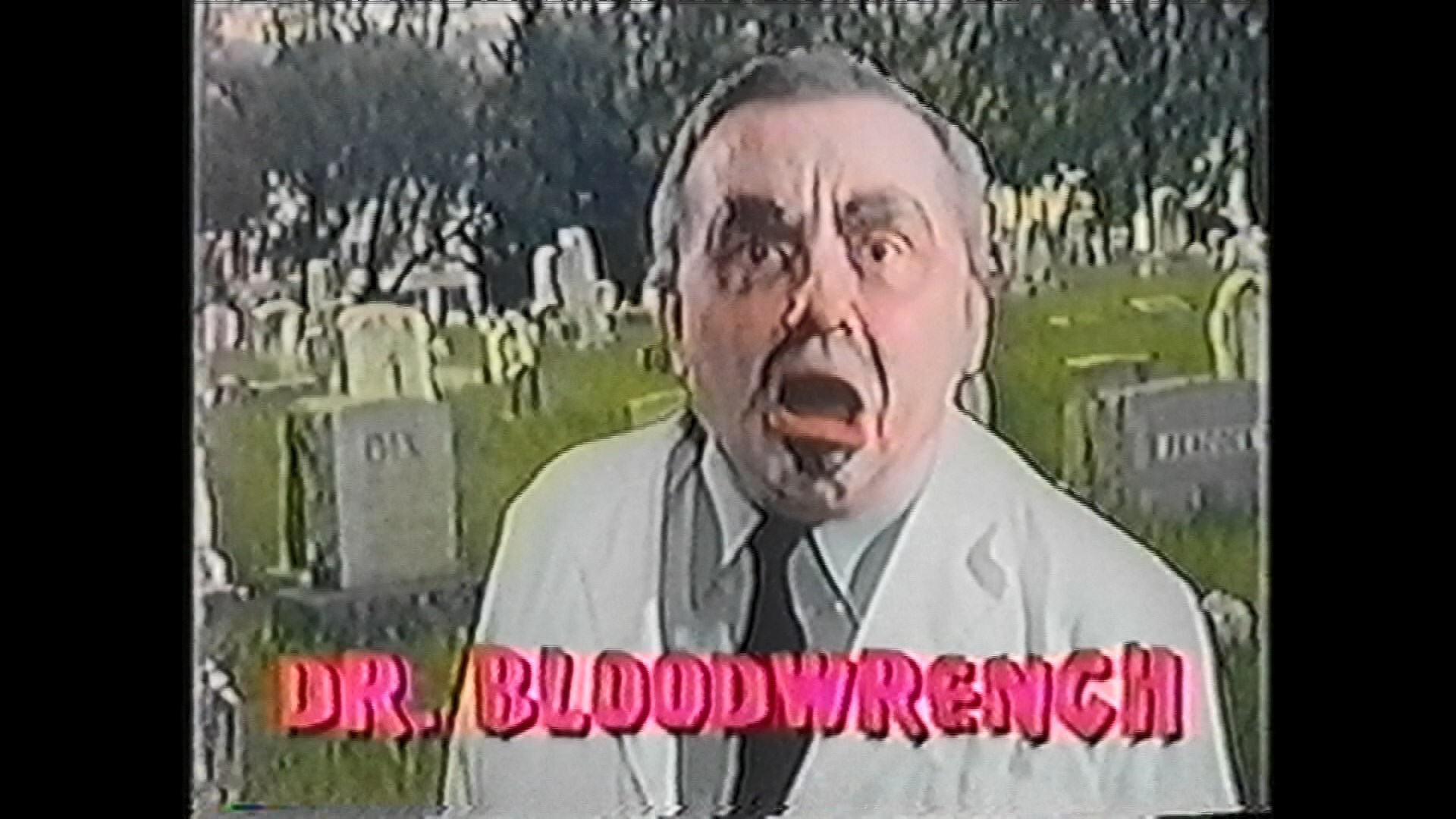 alongside other works like the infamous Ghostwatch. It's also a smart ploy since, apart from the gravitas provided by Fahrenkopf, any non-professional acting that slips through fits right into the aesthetic anyway.

As noted in supplements for the film itself, this was designed as a sort of prank film that could build word of mouth with sparsely labeled tapes left around thrift stores and horror conventions to both freak people out and get the ball rolling among potential fans. A 2016 DVD release from Pop/Alternative Cinema sublabel Camp Motion Pictures (as well as a limited VHS edition) landed the film on a few people's radars of course, with a stacked edition featuring a fast-paced audio commentary by primary director Chris LaMartina explaining how it all came together with a number of participants in their spare time, plus the aid of other local talents including a contribution from DIY horror legend J.R. Bookwalter (one of several indie horror figures saluted with character names in this film, along with Eric Stanze). The disc featured a number of video extras (more on that below), and anyone who owns it may want to still keep it for two episodes of the aesthetically similar, New Jersey-based The Meadowlands Showcase involving Pop Cinema's Mike Raso, "Creepy Tales" (30m3s) and "The Halloween Takeover" (28m34s). One significant boost for WNUF arrived later when it hit streaming on Shudder, where it became an early cult favorite among subscribers and is still a prime viewing choice throughout October.

In 2021, busy soundtrack label Terror Vision Records & Video made this its inaugural Blu-ray release (distributed by Vinegar Syndrome) on the heels of its 2015 tie-in novelty vinyl, cassette, and digital releases. Obviously this isn't meant to be a powerhouse demonstration of the capabilities of the Blu-ray format given that the film itself was run through several VCRs to give it an intentionally distressed, vintage VHS look complete with occasional tape noise at the bottom. However, this 30fps presentation is absolutely true to the source (with far, far better compression here compared to the crunchy-looking DVD), and we wouldn't have it any other way. The DTS-HD MA English 2.0 track is straight-up original mono (with optional English SDH subtitles), not 5.1 as listed 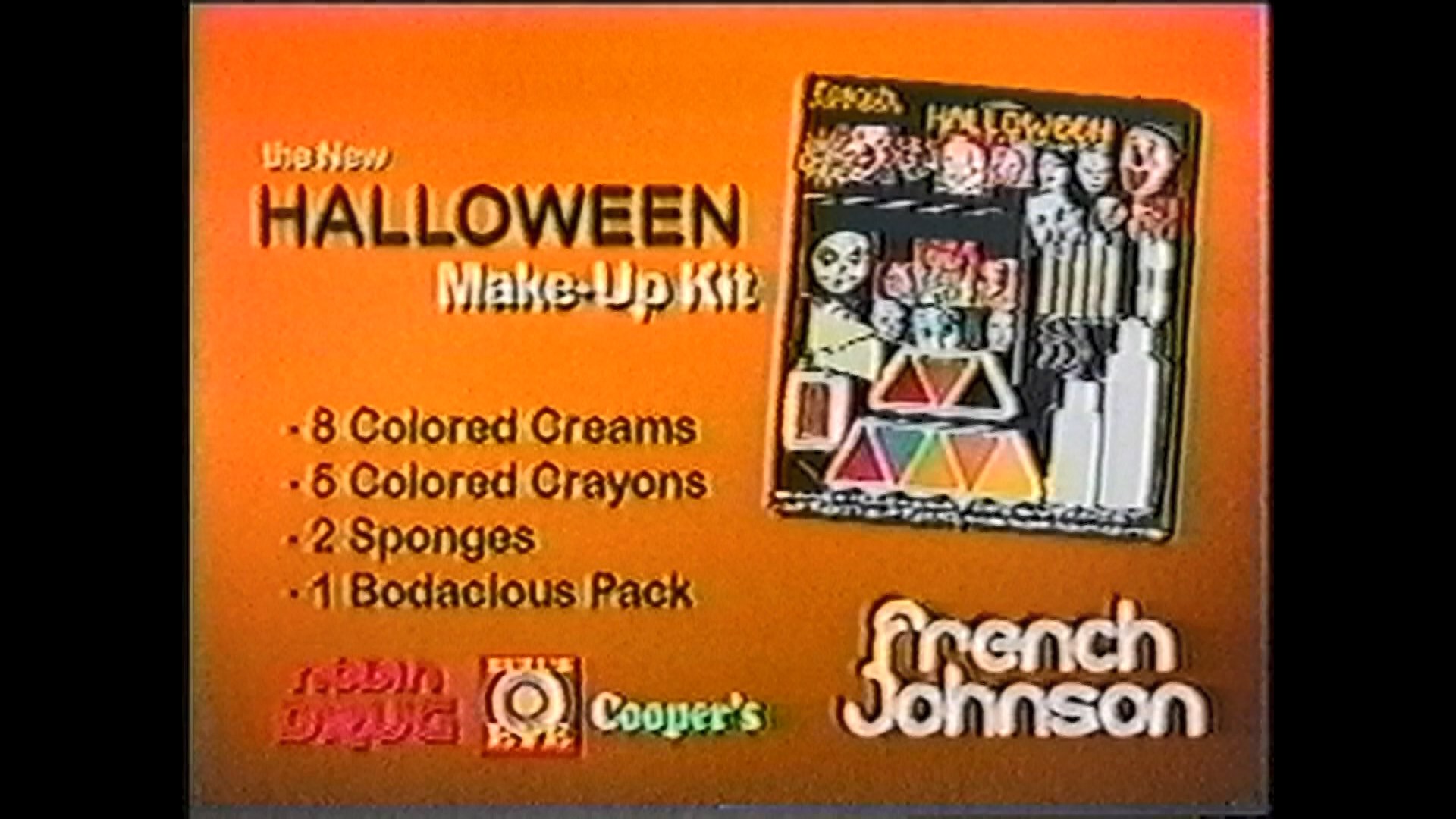 on the official announcement -- and that's fine since there's nothing that would require channel separation anyway. The original LaMartina commentary is included here, but you also get him returning to wrangle a great new commentary with co-writer and co-producer Jimmy George, Ball, Long, 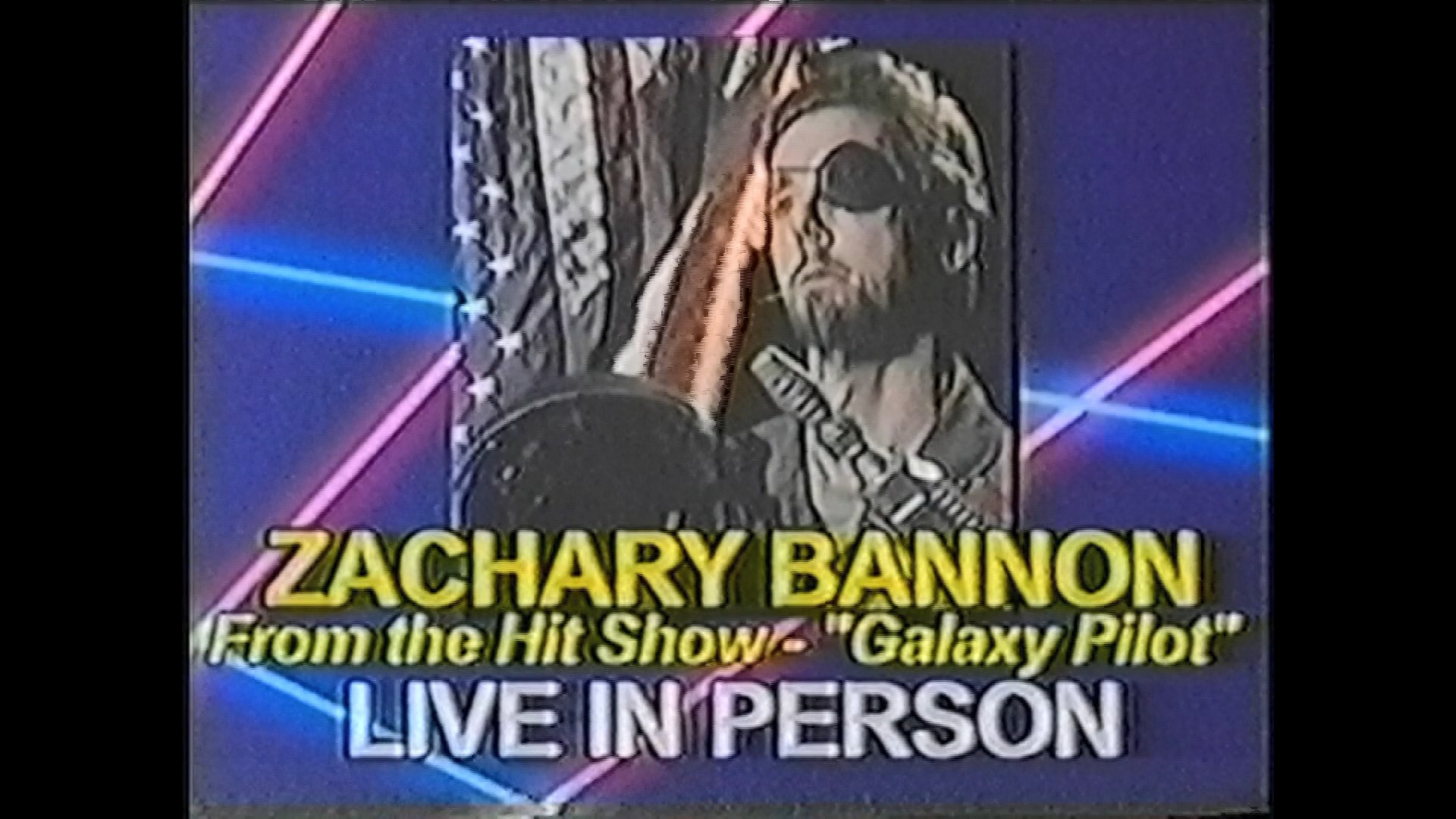 and St. August all clearly having a blast swapping stories about the shoot, raiding Dollar Trees for props and makeup, the various friends and family members popping up throughout, the variations from the original script (yes, this was all very carefully scripted beforehand), and the challenges of shooting the cat Shadow, plus lots more. Ported over from the DVD (but in vastly superior quality here) are the original trailer, a reel of "Cutting Room Commercials" (7m17s) featuring more uncannily accurate plugs for everything from bug spray to flood insurance, a "Rewinding the Fast-Forward Segments" (4m29s) letting you view a bit more of = footage skimmed past in the main feature (including a great weatherman bit), and a reel of "Outtakes & Bloopers" (7m36s) that's not only funny but fascinating since it shows the original, much crisper footage before it was treated to create that VHS look. That degradation also gets demonstrated in "Shitty on Purpose" (1m14s) showing before and after comparisons, followed by a quick commercial for the fourth annual "WNUF Christmas Special" (1m9s), a video promo for that tie-in album (1m6s), and "Long Lost WNUF Commercials Rediscovered for 2021 Release" (6m1s), featuring everything from Ninja Theatre to phone sex to a barbecue cook-off.