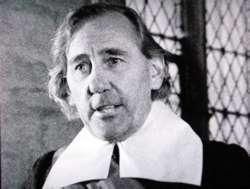 In the 17th Century, optimistic and very enthusiastic Christian radical Gerard Winstanley (Halliwell) bands together a group called the Diggers who establish a commune on public English land. However, the powers that be have already demonstrated in the opening scenes that they dont take kindly to people who veer from state doctrine and often haul the troublemakers off in wagons for a little forcible correction. Parked at Surreys St. George Hill, the dwellers find their own principles challenged and in many cases completely undermined by what quickly turns into a localized civil war whose influence would linger for generations. 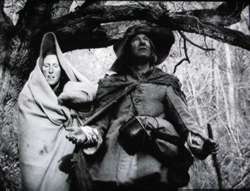 A film so defiantly anti-commercial one can only marvel it managed to garner any release at all, this earthy, spare, and low-key historical drama existed for many years as a footnote as that other film by Kevin Brownlow and Andrew Mollo, the young duo who jolted 1960s audiences with their speculative what if the Nazis successfully occupied England? faux-documentary, It Happened Here. The same heightened realism carries over here, but otherwise the two films bear virtually nothing in common. However, the advent of home video has given Winstanley a second chance with viewers willing to accept the film on its own terms, and seen through contemporary eyes, it holds up quite well as a grit-covered, often stunning bit of cinematic time travel that would probably play well on a double bill with Michael Reeves much more pessimistic but aesthetically similar Witchfinder General. 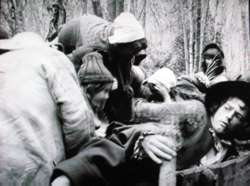 Featuring mostly amateur actors and shot for pocket change collected over a decade, Winstanley has a timeless appeal thanks to some incredibly powerful performances (especially Halliwell and, as the storys military antagonist, Jerome Willis) and incredibly convincing period detail, captured in beautiful monochrome. The film was initially released on DVD as part of the Milestone Collection through Image in the US, with a reasonably good transfer that won over many who had never been able to experience the film before. However, the BFI release on DVD and Blu-Ray blows it out of the water with a fully restored HD transfer from the original negative source materials (a combination of 16mm and 35mm) that looks absolutely lustrous for much of the running time. The opening sequences depicting the final moments of the last Puritan civil war siege have a rough, documentary style that eventually segues to a much more polished, textured appearance, with some beautiful landscape compositions worthy of a classic painting. The audio is limited to the rough recording process at the time, but the disc preserves it as well as possible. Once again, the Blu-Ray in particular is a shining example of how good B&W can look with additional resolution.

Extras include a new Brownlow and Mollo interview clocking in a bit over half an hour (with some good info about the real-life activists and commune dwellers used in the film), an early 1962 Brownlow short called 9 Dalmuir West a Record of the Last Weekend of the Glasgow Trams, a quick restoration demonstration, and an extensive 47-minute making-of documentary, It Happened Here Again (also on the prior American DVD), completed by director Eric Minval a year after Winstanley with extensive coverage of the films genesis and budget-impaired production process, much of it captured in color footage that will disorient anyone fresh off the main feature. The thick 32-page booklet features liner notes by Minval, Jonathan Rosenbaum, Tom Milne, Marian Lewycka, and David Robinson.