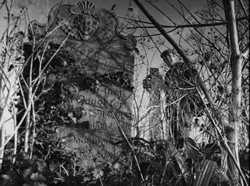 Before the BBC began a '70s tradition of commemorating each Christmas with a spooky English ghost story for television, viewers had already gotten a taste of masterful gh 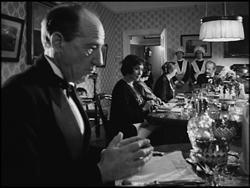 ost story author M.R. James courtesy of one of the most eerie, memorable chillers made for the small screen courtesy of "Whistle and I'll Come to You" (adapted from the story "Oh, Whistle, and I'll Come to You, My Lad"). The most famous episode of the TV series Omnibus, it stars the great Michael Hordern (Theatre of Blood) as self-impressed Professor Parkins, who heads off to a Norfolk beach for some R&R and has no problem using his imposing deductive skills to dismiss any suggestion of the uncanny. One day he comes across an ancient whistle buried in the sand while researching a Templar Knights cemetery and decides to test it out... but afterwards he's plagued by the feeling that something is following him. And it isn't very nice.

Considering its reputation, this adaptation actually shows very little in the way of actual horrific content -- but the glimpses it provides are indelible enough, entirely confined to the third act. Hordern's performance is one of his best and demonstrates how well he could carry a project of his own (which happened far too rarely), and the direction by Jonathan Miller (who also helmed the memorably creepy and bizarre '66 version of Alice in Wonderland) hits all the right notes.

In 2010, the BBC commissioned another version of the same short story, albeit with so many changes fans may not even recognize it at first. This time John Hurt takes on the leading role and is now recovering from the trauma of putting his mentally incapacitated wife (Jones) in a nursing home. His time at the beach is disrupted when he finds a ring (no whistle this time -- go figure) with a 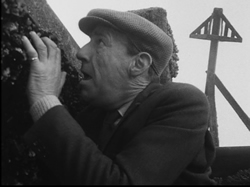 strange inscription; of course, he decides to read it aloud, unleashing a super

natural presence of a somewhat different nature than the one found in 1968. Obviously influenced by the spooky women in white found in Japanese horror films like The Ring and The Grudge, this version is saved from its sometimes baffling narrative changes by Hurt's excellent lead performance and some attractive location shooting, oddly done in the unusual TV aspect ratio of 2.35:1. The ending will definitely displease fans of the original story and earlier version, as it both piles on some extra character baggage and makes a crucial change to the professor's fate. That said, there are a few arrestingly eerie images, such as a specter's fingers grasping underneath the hotel room door.

Despite lingering in viewers' memories for years, the original version was a very slippery title to find on home video; the British Film Institute issued it in 2001 as a pricey release on DVD that quickly began commanding an insane amount of money online. In early 2012 it returned as an inclusion in the M.R. James Australian set from Shock as well as a standalone disc, both paired up with the 2010 version.

However, the later 2012 special edition from the BFI is easily the one to go for in t

erms of both extras and image quality. The original version is, relatively speaking, presented in its most pristine form here courtesy of a new transfer from the BBC vaults, with additional cleanup over the Aussie one and, more significantly, a higher bit rate consistently maxing out well over 8.0 compared to the constant 6.5 of the Aussie. It actually upscales quite nicely to 1080p, too. It's also worth noting that the original audio recording has always been a bit on the rough side, with some dialogue sounding a bit muffled and dull by today's standards. The HD-shot newer version was poorly compressed on the Aussie one but looks miles better here, with the sometimes gray and smoky backgrounds finally looking clean and natural without any nasty digital blockiness.

The BFI special edition marks the first release in their set of BBC ghost stories (most them "Ghost Stories for Christmas," of course), with a five-disc set slated when all are released. All of their earlier 2001 features are ported over here: a 16-minute video intro by legendary British horror novelist Ramsey Campbell (who does a good job of laying out his views on James and his fiction), Campbell doing a 27-minute reading of his own James-style ghost story "The Guide" (about a man stumbling upon a guidebook penned by the great writer himself), and Neil Brand's audio reading of the original short story, running 42 minutes. New to this set is a brief audio discussion of the film with Miller and Christopher Frayling (again mostly James-centric and originally shot but not used for a 2012 BBC profile on Miller), while the substantial liner notes booklet includes a Mark Fisher essay entitled "Old Haunts: The Landscapes of M.R. James" (a good primer analyzing the basic themes of James' fiction as well as the different approaches of the two filmed versions of this story), Reggie Oliver's James bio and a piece about some of the influences on the story (including the symbolic nature of whistling) and additional comparison notes about the two versions, and Miller, Hordern, and Hurt bios by David Thompson, Gosta Johansson, and Sonia Mullett.