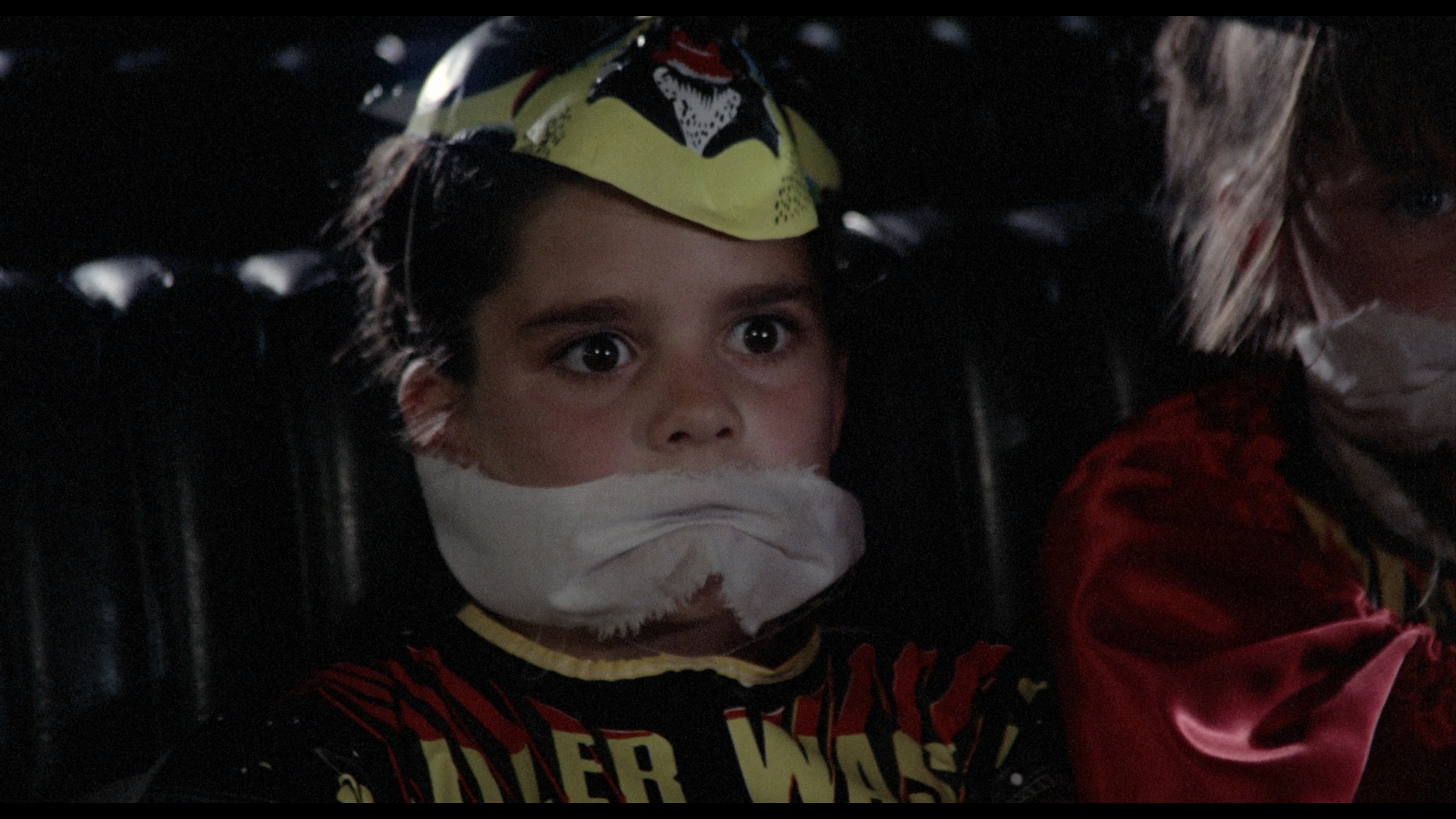 sure didn't take long to get the ball rolling on 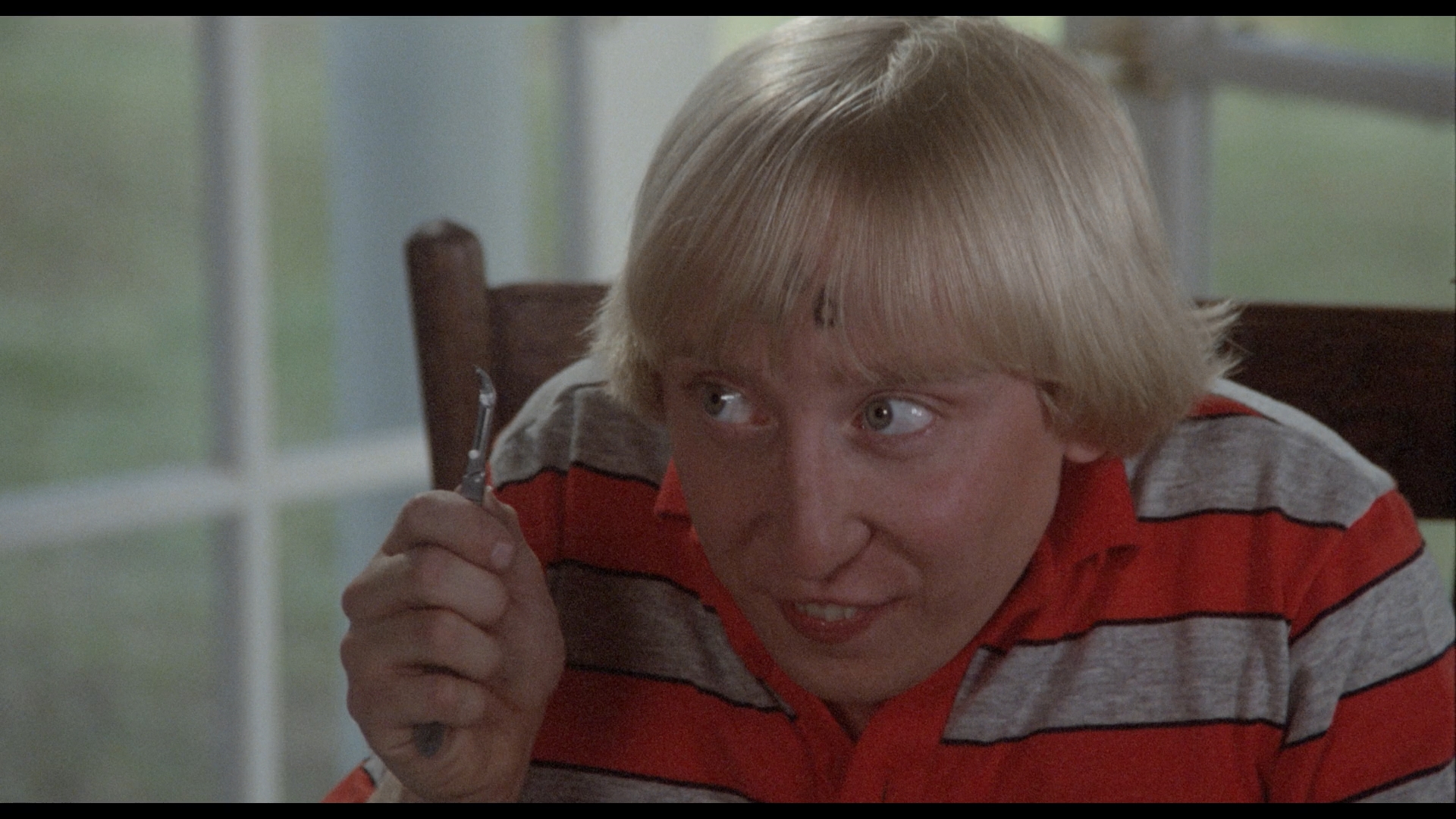 slasher parodies in the early '80s. Less than two years after Friday the 13th took the box office by storm and really set the pace for mainstream stalk and slash films with a sturdy body formula that jumped off from its predecessors like Halloween and Black Christmas. Soon the spoofs were flying left and right thanks to Student Bodies, Pandemonium, Class Reunion, Hysterical, and even borderline cases like Slumber Party Massacre and Graduation Day. One of the strangest of these is easily Wacko, the first film by drive-in director Greydon Clark following a two-year hiatus after 1980's The Return and the much-loved Without Warning. There wasn't anything in Clark's filmography indicating he had any skill with comedy (and some might argue there still isn't), but he managed to assemble an absolutely insane cast acting as broadly as possible with targets extending beyond slashers to a number of other horror classics as well. It was also the first time Clark worked with leading man Joe Don Baker of Walking Tall fame, a collaboration that would continue with 1983's Joysticks and 1985's Final Justice.

Anything resembling a plot in Wacko is only there in the loosest sense as we're introduced over the opening to the Lawnmower Killer, a maniac wearing a pumpkin on his head who first mows down some teens getting ready for the big Halloween Pumpkin Prom. Thirteen years later, Mary 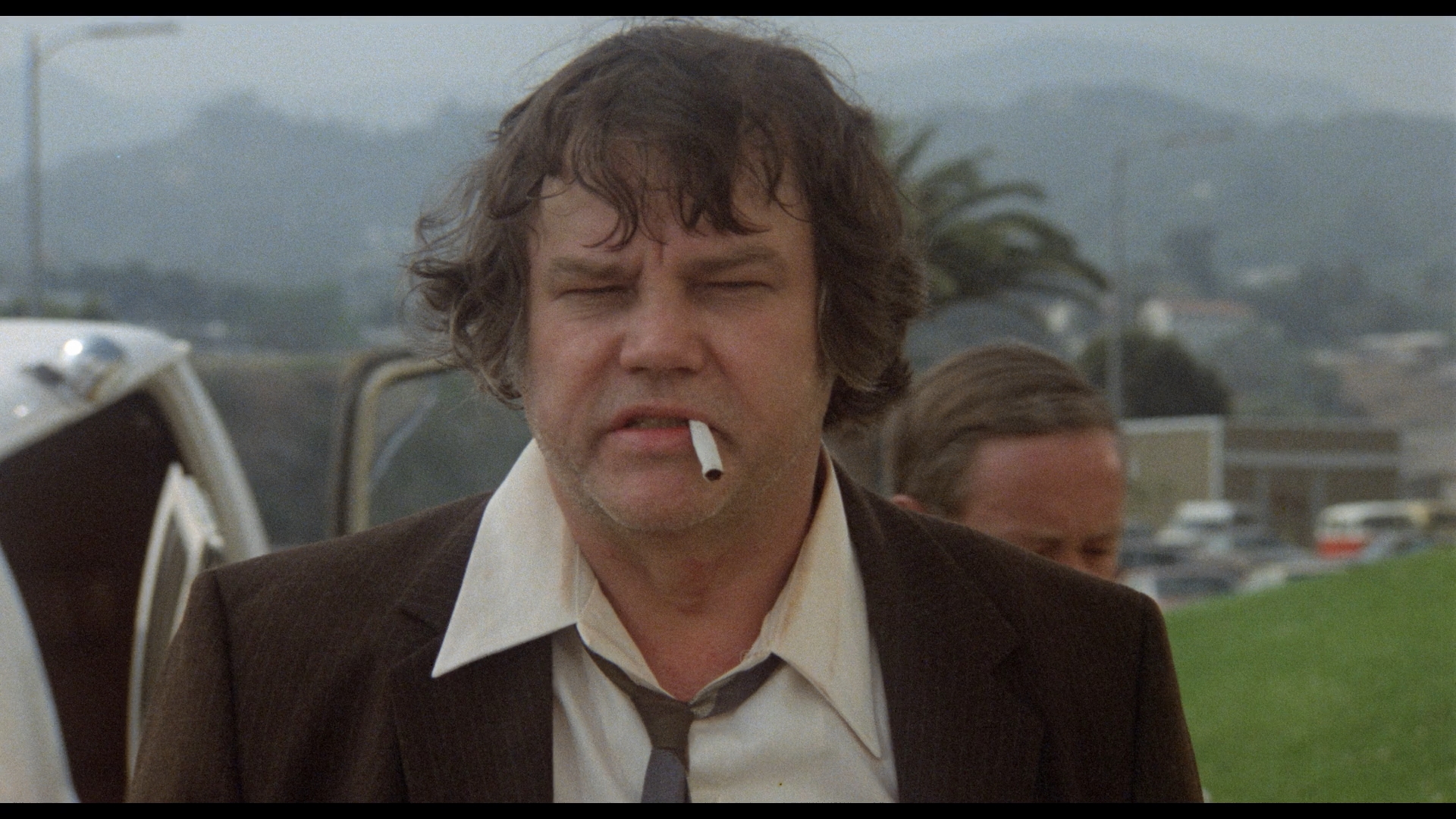 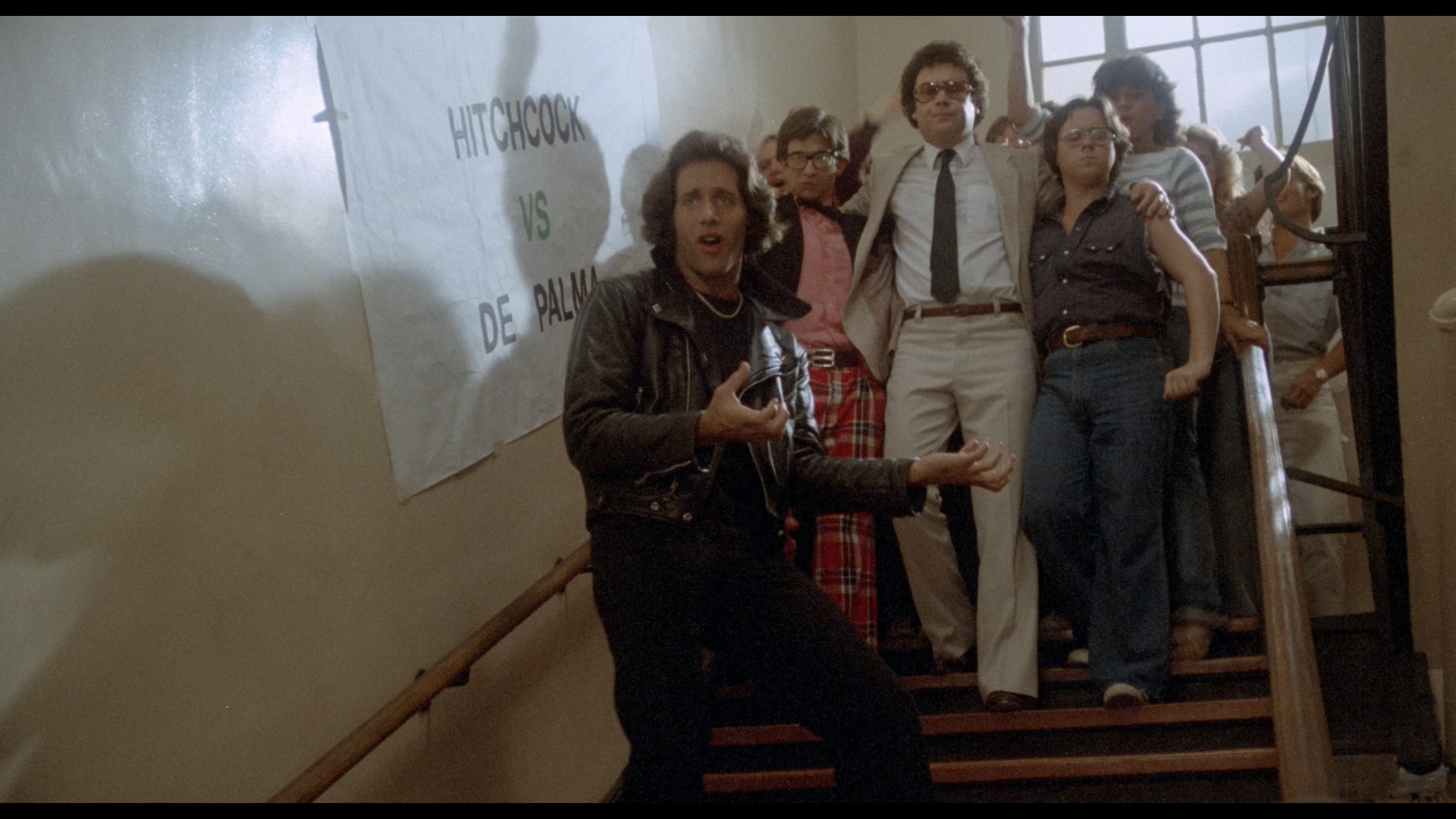 Maker the same year) still has traumatic nightmares about seeing her big sister's murder. Her very strange family includes an apparently incestuous father (Kennedy) who likes peeping on his daughters when they undress, a clueless mom (Stevens), and a brother named Damien (Gogin) with an appropriate number branded on his head. The morning before the new Halloween Pumpkin Prom, cop Dick Harbinger (Baker) investigates the escape of a talk show-addicted asylum inmate and apparent murder of a nurse. Still shell shocked from his own experience with the Lawnmower Killer (and running on fumes with no sleep for 13 years), Dick realizes the horror is about to start all over again. Meanwhile Mary's dealing with her ongoing virginity due to her boyfriend, Norman Bates (McGinnis), making lawnmower sounds when he gets excited, as well as her odd assortment of Hitchcock High schoolmates including a young Elizabeth (E.G.) Daily and Andrew Clay before he added the "Dice" to his name (though the persona is almost intact). When the killer does indeed strike, it's a race to midnight to figure out who the guilty party might actually be.

Shot in early 1981 and clearly inspired by rapid-fire gag films like Airplane!, Wacko is all over the place as it throws in sub-High Anxiety Hitchcock gags (including rival De Palma High School), zany slapstick sound effects, all that creepy business with Kennedy the molester, and even a somewhat interesting twist ending. Clark has since explained that he wanted his cast to overact in the style of soap opera (which explains the very broad style in many scenes), though that seems like an odd approach to take for a horror spoof that could 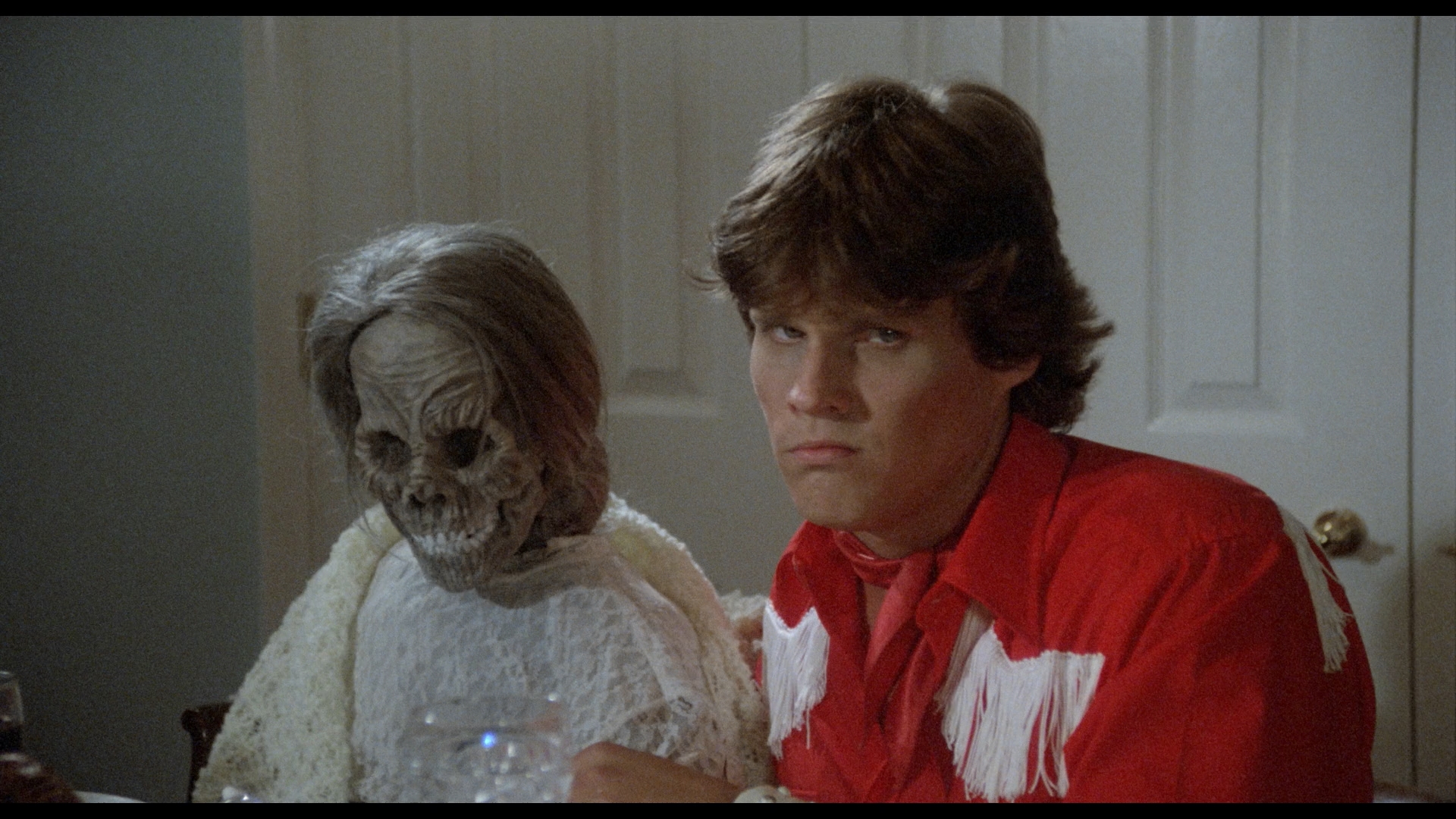 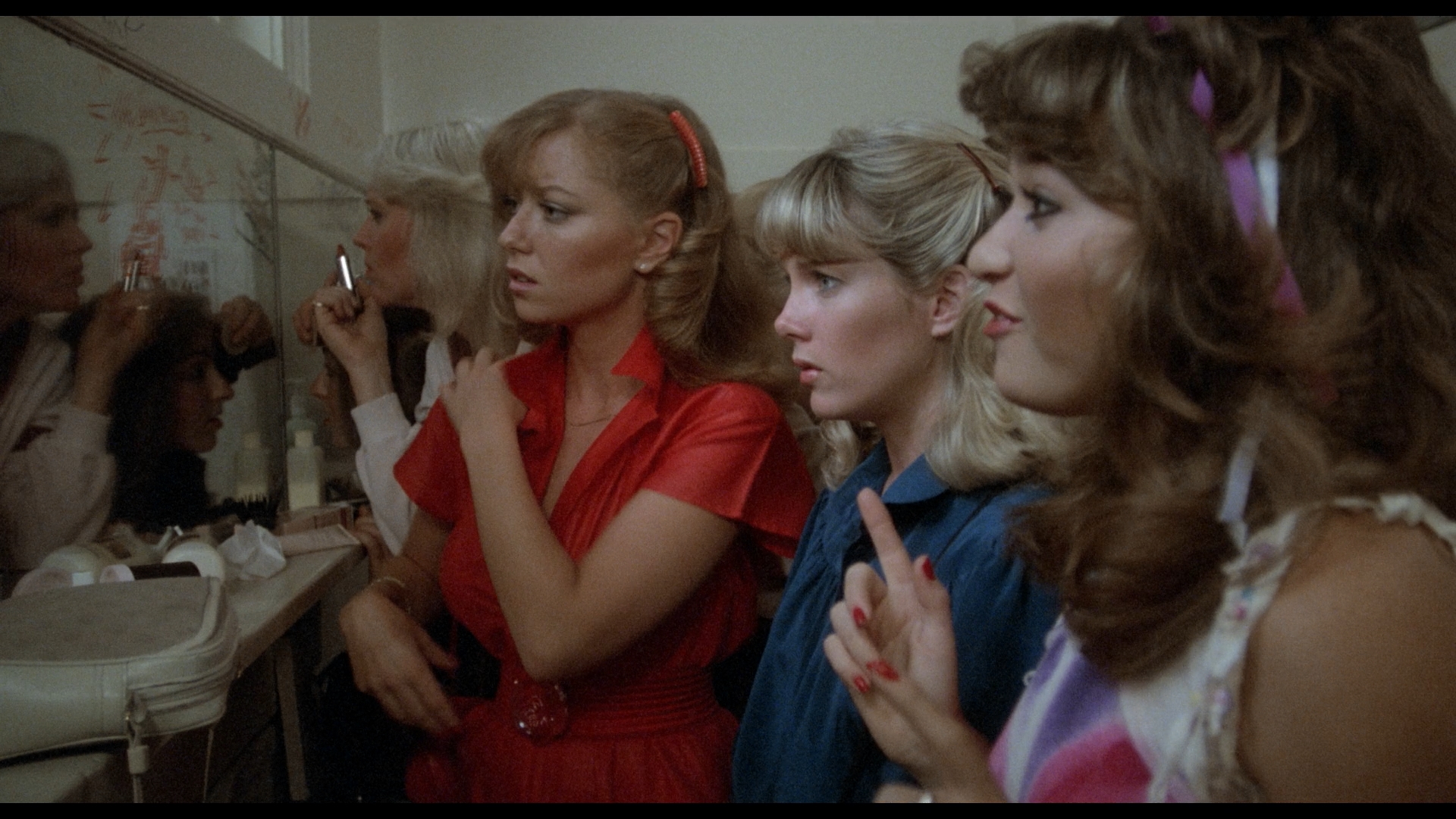 been more potent if played straight. Neither Baker nor Kennedy were thought of as comedy actors (though the latter would go on to score big in the Naked Gun films later), which gives the film an even more off-kilter feeling

In 2019, Vinegar Syndrome brought the film to Blu-ray and DVD as a combo edition, including a limited slipcover option limited to 2,000 units. Though it isn't promoted at all, this is actually the original uncut R-rated version versus the more commonly seen 83-minute PG cut, which omits some of the edgier gags including a surprisingly profane line of dialogue only a minute in. Video quality is excellent thanks to a 4K scan of the original camera negative, easily blowing away the sorry old master we've had floating around for decades; it looks immaculate, and the DTS-HD MA English 1.0 mono track is also a major improvement. Optional English subtitles are also provided. Clark appears for a new audio commentary in which he focuses on the production aspects such as the potential casting of Julia Louis-Dreyfus, Baker's original intention to play his role as a twitchy caffeine addict, the various locations around L.A., Clay's idea to introduce himself with a musical number, continuity issues with Kennedy's hair, the test audience response that killed this film's distribution chances at Fox, and more. A "Die Laughing" (7m11s) with cinematographer Nicholas von Sternberg (a Vinegar Syndrome bonus features fixture at this point) discussing the difficulty of the filming locations, Clark's decision to go with video assist on the shoot, the hurried shooting schedule, and the youthful energy he brought to the film. There's even some amusing editing to handle the repeated ringing of his cell phone. Also included are a reel of never-before-seen silent outtakes (9m37s) and the theatrical trailer.