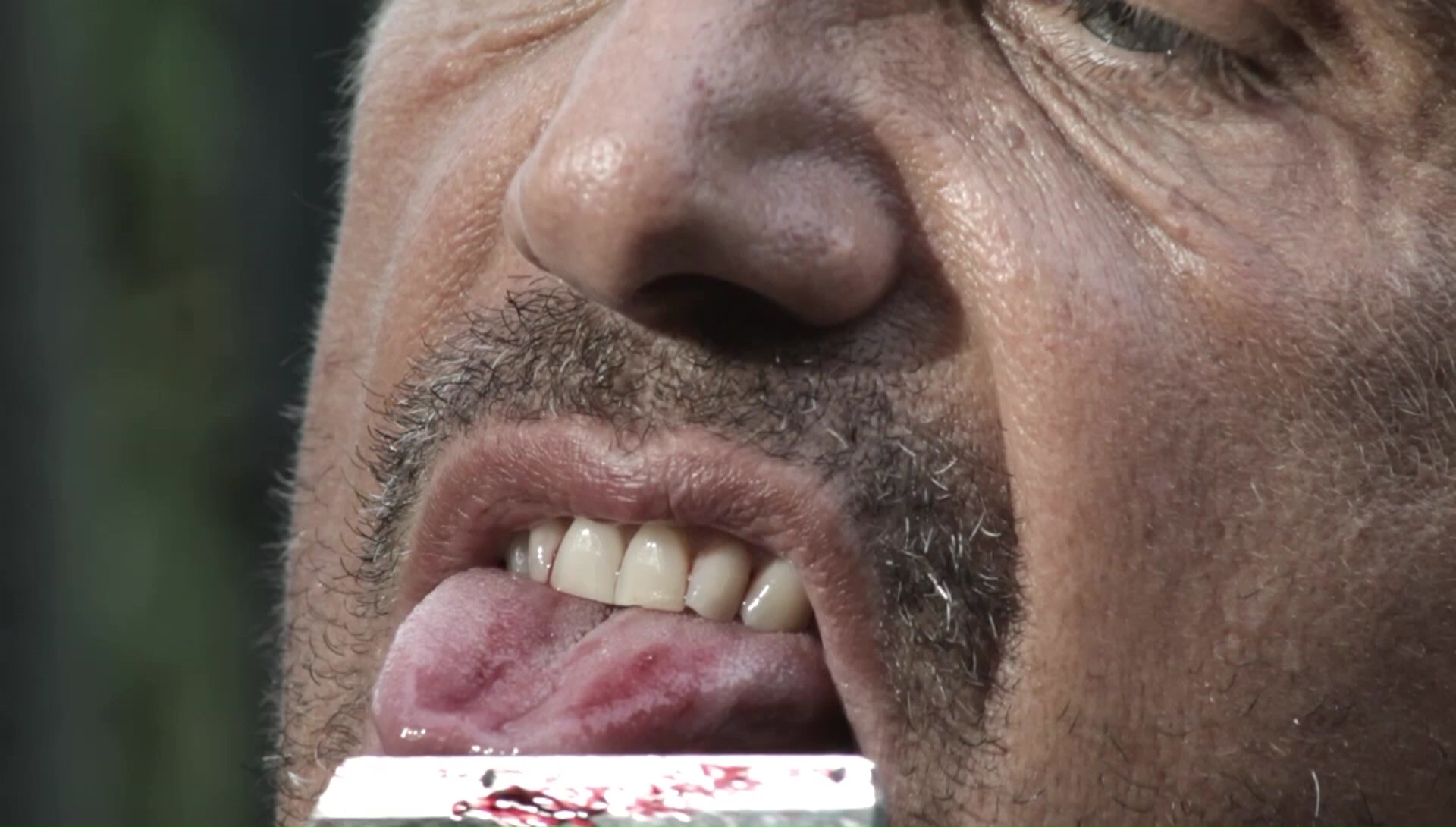 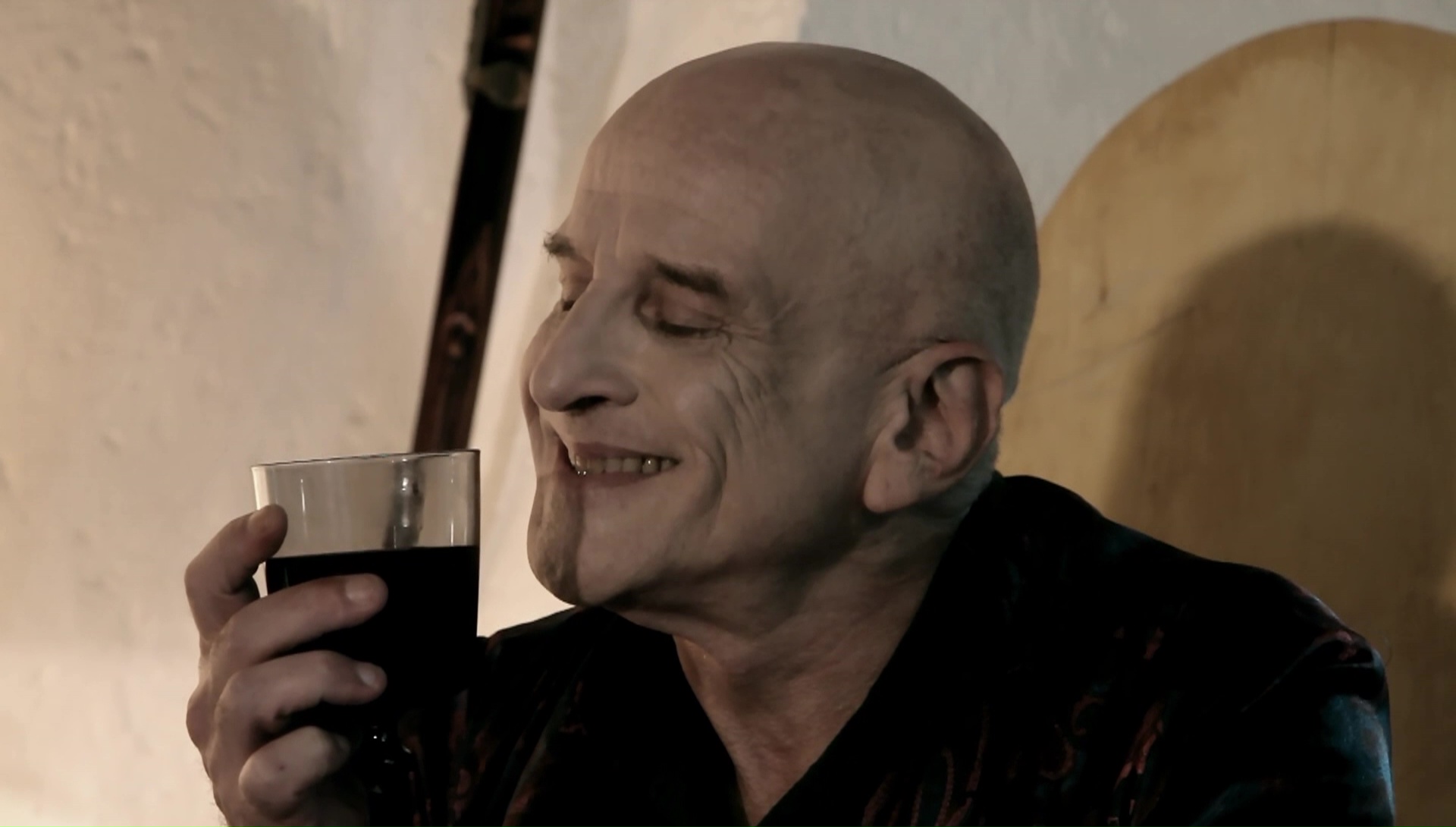 Winning the award for truth in advertising, this Italian remake-sequel-reimagining-regurgitation takes its title and basic concept from a bargain-basement gore trilogy directed by Andreas Schnaas (who also played the recurring character of Karl the Butcher), which started in 1989 and got swapped around a lot during the VHS trading boom. None of the original three films were any good at all, so there's a certain perverse fascination in seeing them revisited here as a modern-day Italian horror project headlined by none other than Giovanni Lombardo Radice, a.k.a. John Morghen, the oft-abused star of such films as Cannibal Ferox and City of the Living Dead.

Radice is definitely the hammy highlight here as Professor Vassago, an expert in antiquities who gets to expound at length how the metal mask worn by psycho killer Karl the Butcher is infused with the power of Attila the Hun and his evil brother, whose Germanic sieges laid the groundwork for centuries of barbarism and evil, or something like that. Meanwhile someone's hacking up women all over Rome, and visiting German cop Hans Ebert (producer Aquilina) teams up with young but incredibly disaffected Italian officer Aristide D'Amato (Pezzopane) -- ha ha, get it? -- to follow the path of Karl the Butcher and unearth his link to the professor. 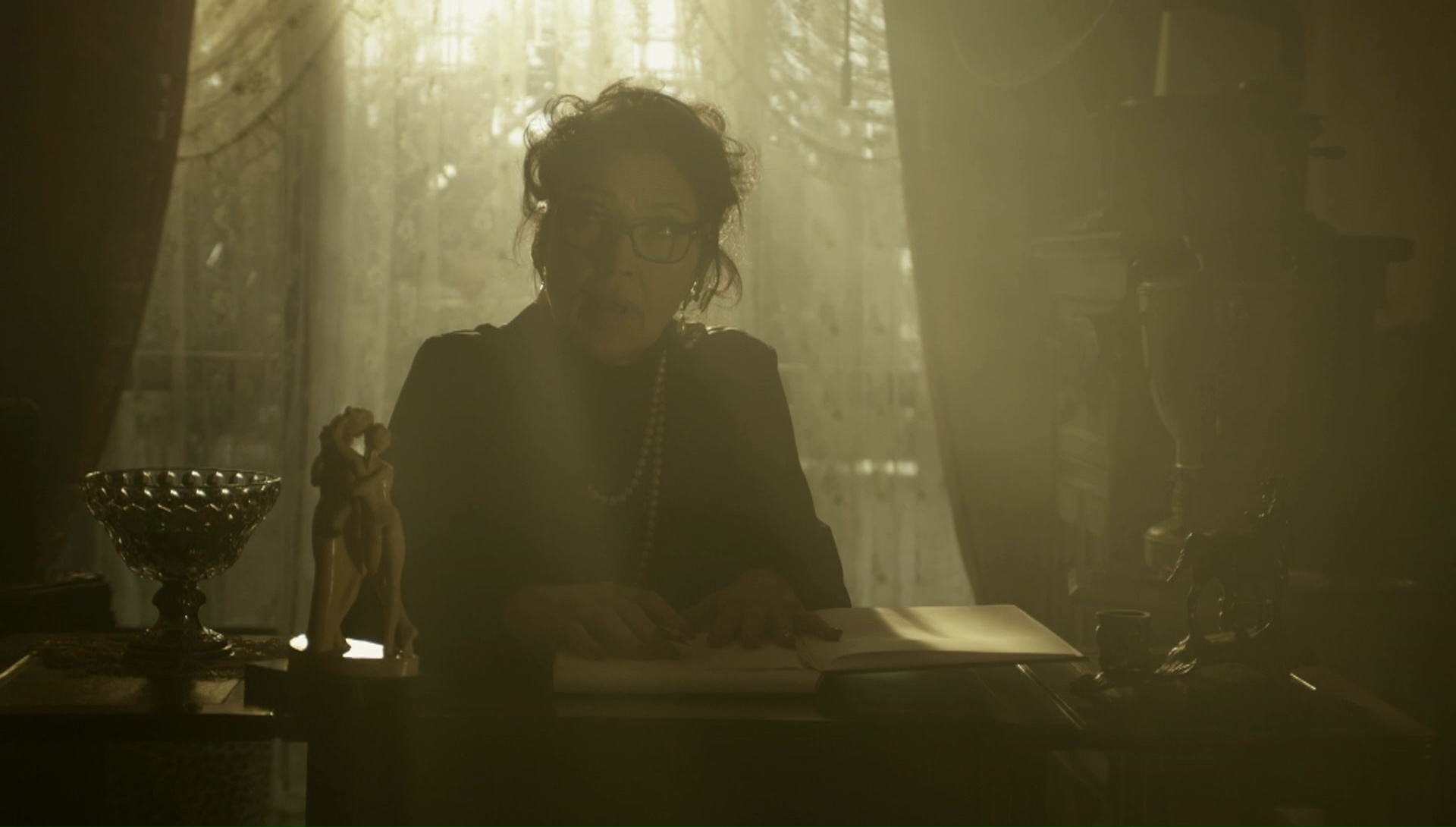 Mostly the cops sit around and explain the definition of a palindrome and hand out snifters of scotch while saying, "Here, have some medicine, it is Scottish." Fortunately they're upstaged entirely by a couple of hilarious scenes with directors Enzo G. Castellari and Luigi Cozzi devouring the scenery in one bite, complete with dubbed accents that have to be heard to be believed. Of course, several more victims get graphically hacked up before our 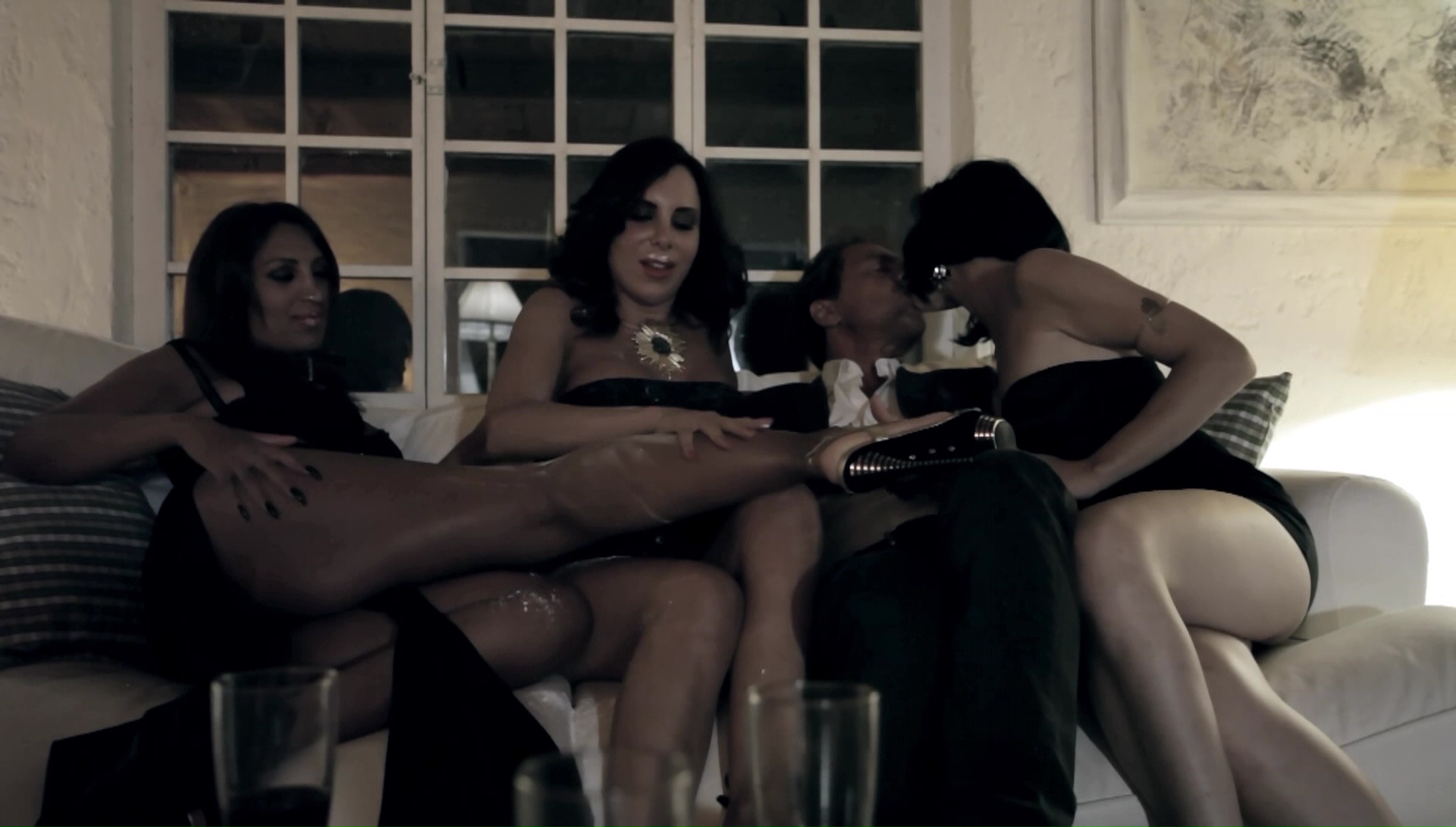 Entirely ineffective as a horror film, this is far more enjoyable if you approach it as a gore comedy. In addition to the aforementioned extended cameos, there's a side-splitting scene involving three hookers (at the 41-minute mark) that should end up being sampled in a lot of Euro horror fan comps; you also get a brief closing turn by Suspiria's Barbara "Olga" Magnolfi and, in an ethereal opening scene originally shot as the teaser for an unrealized project, late softcore goddess Lilli Carati as an occultist writing at a desk. Schnaas himself turns up for an amusing quick appearance as well, and the soundtrack comes from none other than Claudio Simonetti. If that sounds too good to be true, well, it sort of is; most of the music is pilfered directly from Opera, Mother of Tears, The Card Player, and Multiplex, with "Crows" tracked in as the main theme. Most of the film was clearly shot in English, but apart from Radice and a couple of other actors, everyone is given bargain basement dubbed voices that elicit a giggle or two in each scene. (For some reason all the women sound like a Kardashian, which just adds to the weirdness.) On top of that you get a subplot about a sleazy lawyer (Zequila), who partakes in the noisiest, messiest, funniest coke orgy you've ever seen. The gore itself is nasty and squishy but mostly confined to the final half hour (coming after an admittedly novel plot turn), which also starts to dole out some surprisingly explicit nudity for good measure. All in all it's more memorable and entertaining than director Luigi Pastore's drab debut film, Symphony in Blood Red, but definitely realize what you're getting into. 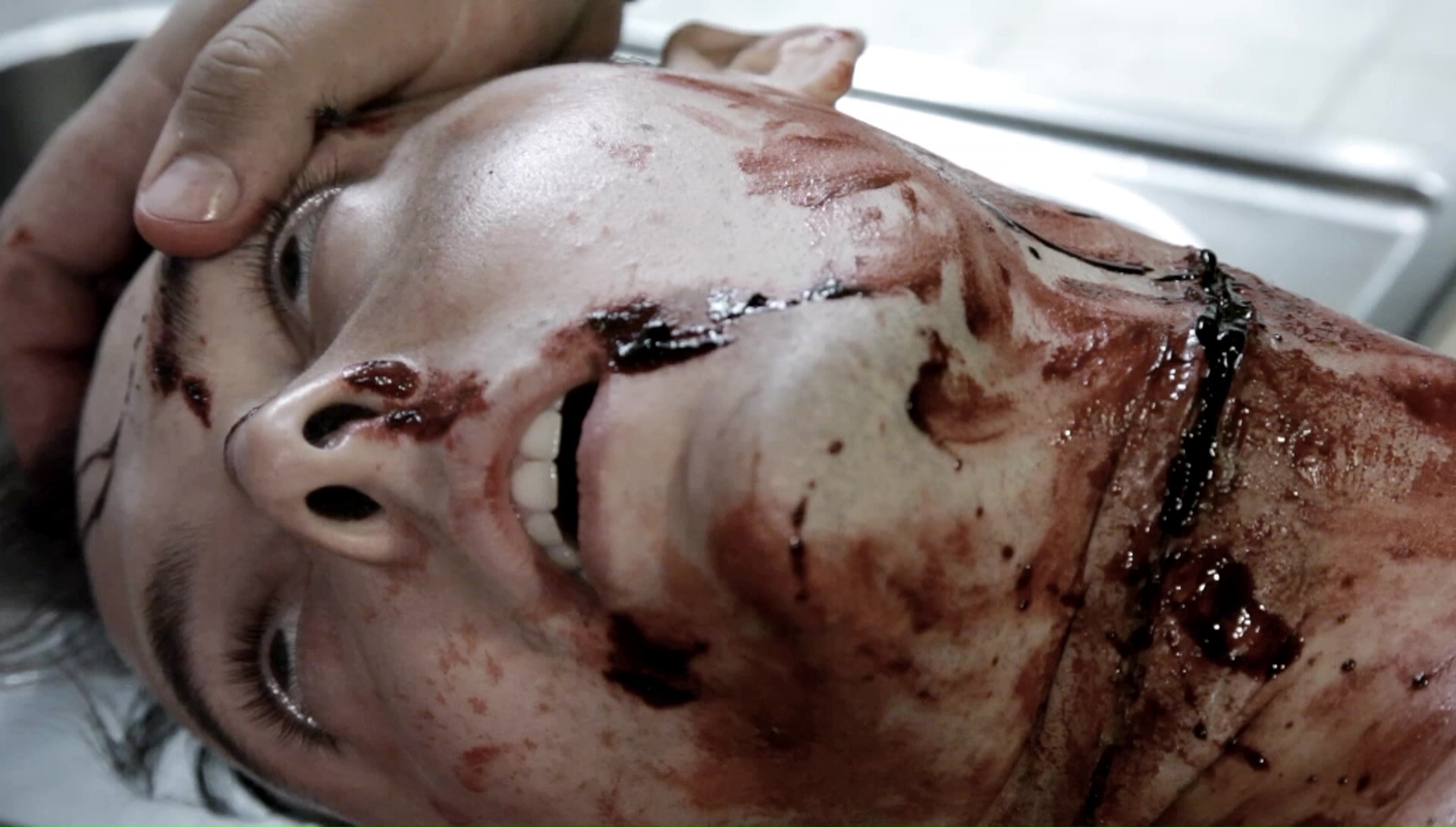 Reel Gore Releasing (a label from Cult Epics' Nico B. and Aquilina, named after the same company behind the original Violent Shit series) brings this tawdry sickie to home video in a wildly lavish edition that puts some major studio efforts to shame. 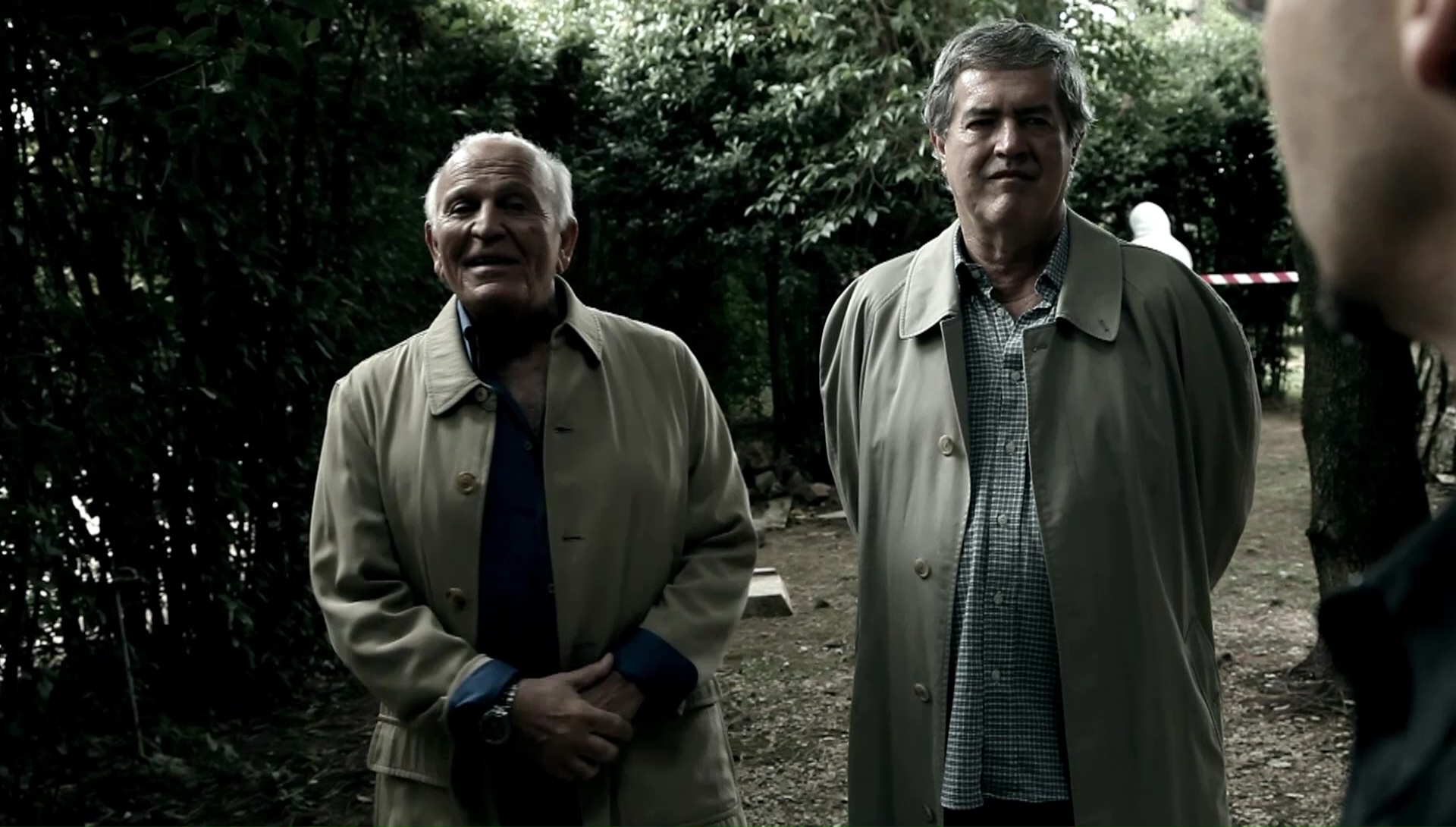 The package features a Blu-ray, a DVD (with the same extras), and a soundtrack CD, plus a "Reel Gore Girls" collector's card and a liner notes booklet with uncredited essays about the production, cast, and crew. (Best bit, about Simonetti's contribution: "His impulsive and catchy score would compliment any of the other Argento movies, or better said, every true giallo admirer will feel at home, while listening to his music score." Well, yeah...). The digital lensing of the feature itself means it's both glossy and dreary at the same time (if you've seen any other Italian horror movies in the past ten years, it looks just like those), and the presentation here captures that about as well as possible. Audio options include DTS-HD 5.1 English and German options or Dolby Digital 2.0 for both as well, with optional English, French, German, Italian, Japanese, Dutch, Swedish, and Spanish subtitles. The English 5.1 track tends to veer dialogue more to the left front channel which can sound a little odd; the English stereo option, lossy though it may be, sounds a bit more satisfying to these ears. The German track is mostly a goofy curiosity as it's not the natural language of most of the actors and sounds very canned with goofy lip synching for many performers. On the extras front, the release is also packed: a domestic trailer; an international trailer; an 8-minute interview with cast members (an enthusiastic Pezzopane, Michela Foreta, Daniela Ciccone, and Erika Kamese); a 9-minute "The Origins of the Myth" overview of the origins of Karl the Butcher with clips from the original films and comments by Aquilina (who reveals this is the exact same mask from the other movies); a really sweet 3-minute tribute to Carati with what appears to be her last video interview; a 22-minute "World of Stars" interview feature with Zequila, Aquilina, Pastore, and a typically gregarious, cigarette-puffing Radice; and a still gallery.