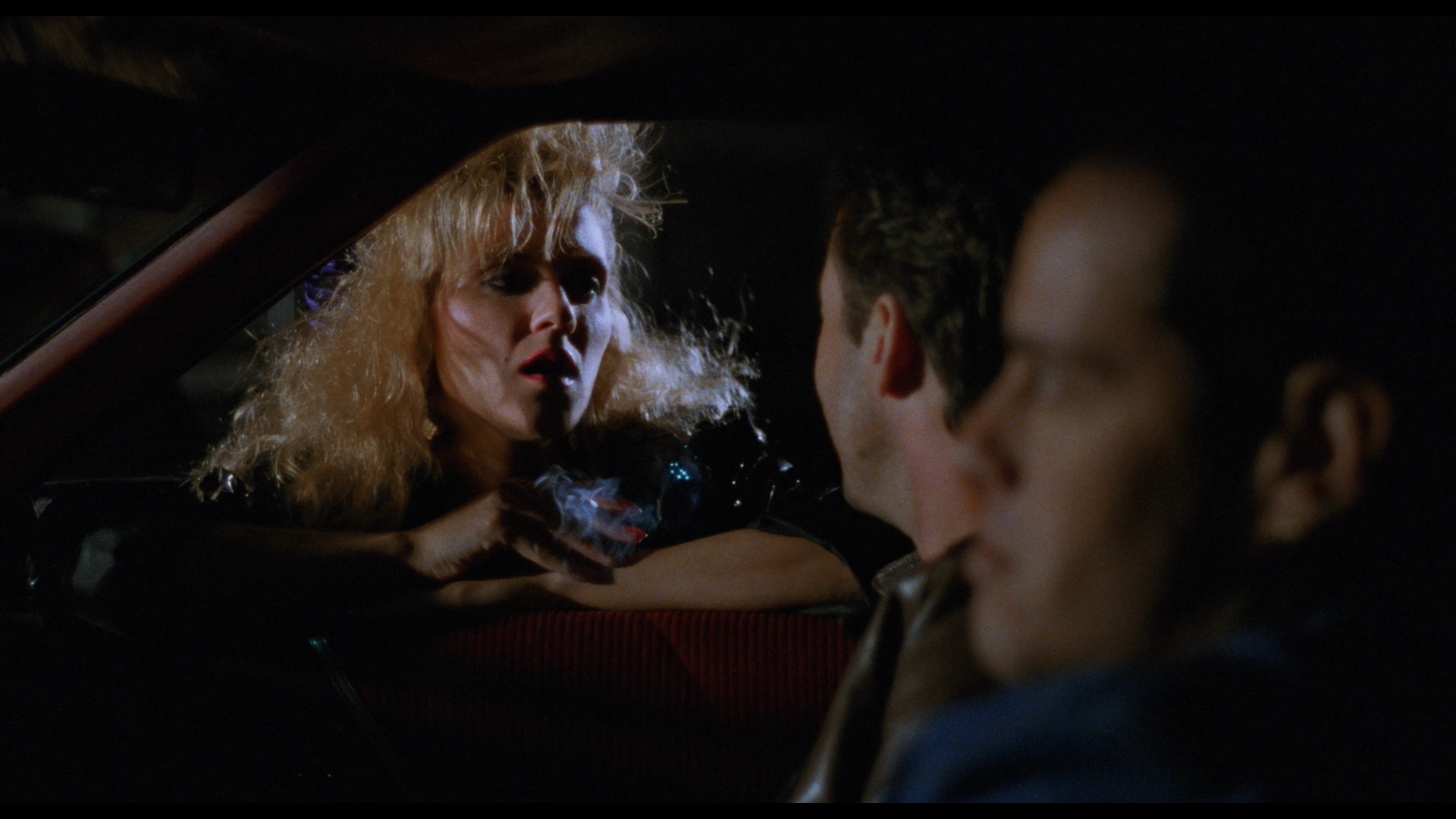 would think the massive 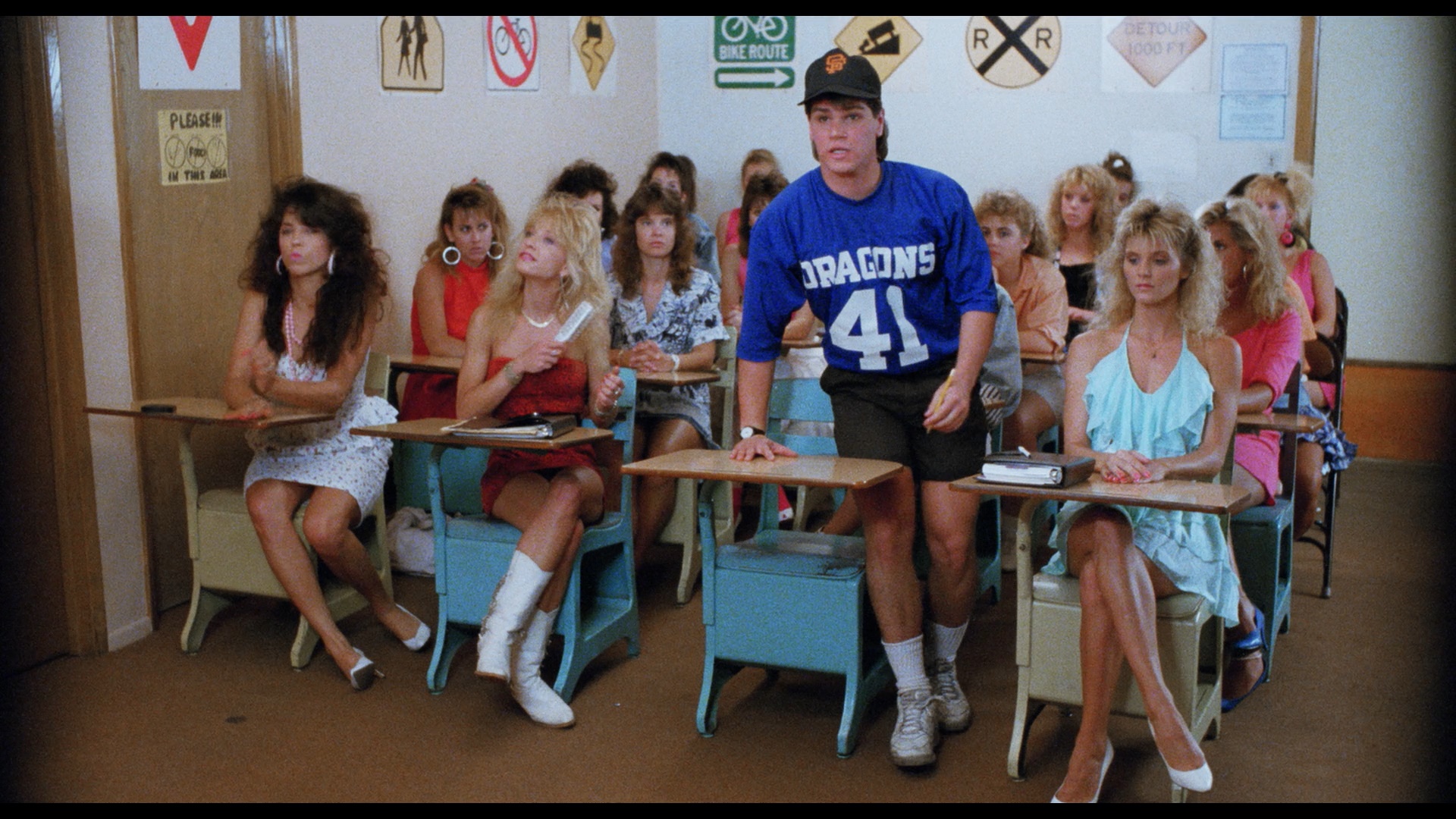 success of Police Academy (including six sequels of declining quality), itself a descendant of irreverent comedies like Stripes, would have spawned a slew of imitators. However, only a handful trickled out from the mid-‘80s into the ‘90s, with the longest-running of the bunch coming from an unlikely source: Rick Sloane, the filmmaker behind Hobgoblins and Blood Theatre. Made in 1989, his comedy Vice Academy turned out to be a home video success and spawned five sequels, all of which became staples on the USA Network’s Up All Night slate of after hours programming in the ‘90s. Now the first three films have hit Blu-ray from Vinegar Syndrome as a two-disc set, part of the label’s VSA (Vinegar Syndrome Archive) line of limited 4,000-unit editions that come packaged with a double-sided poster. 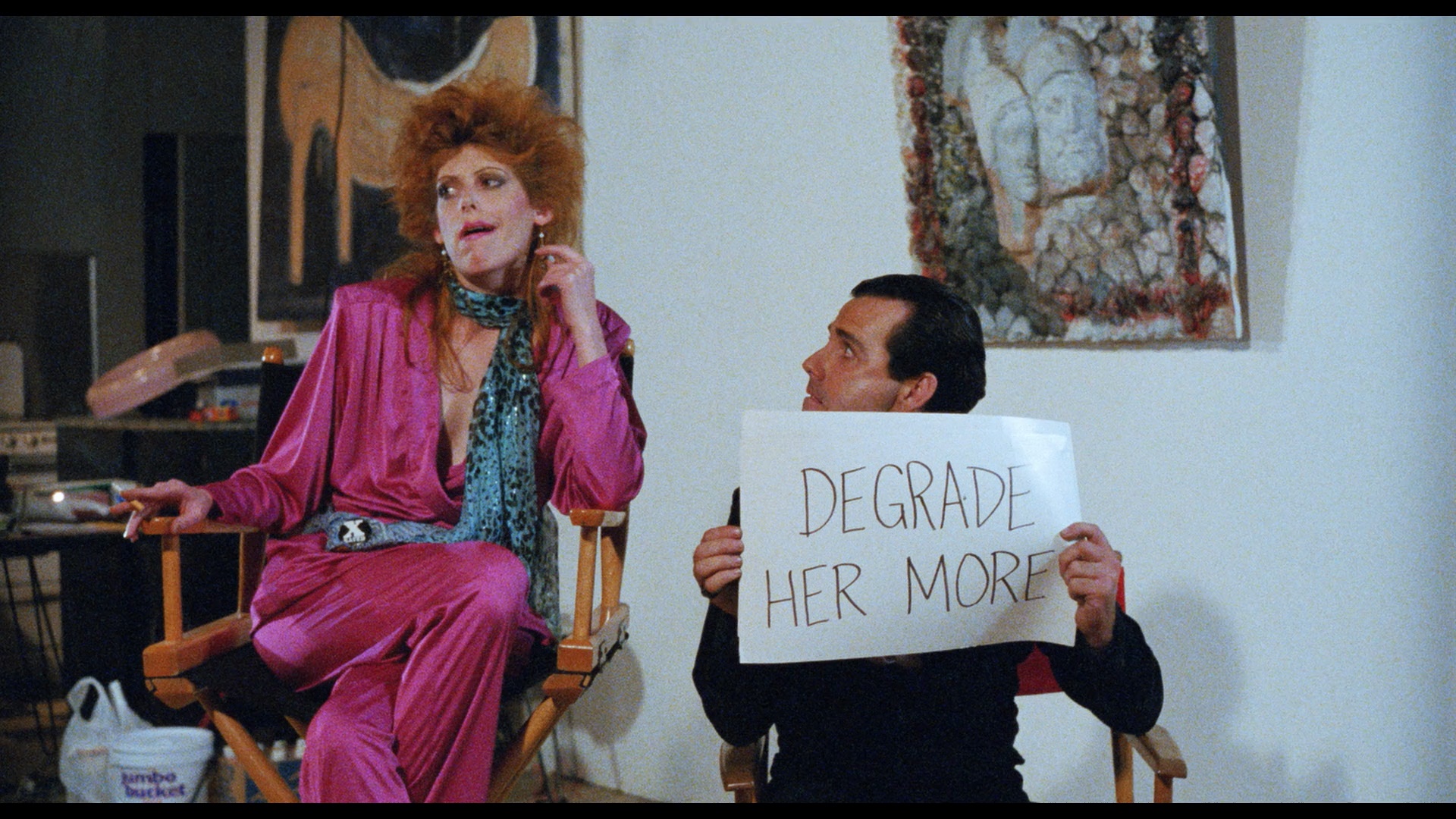 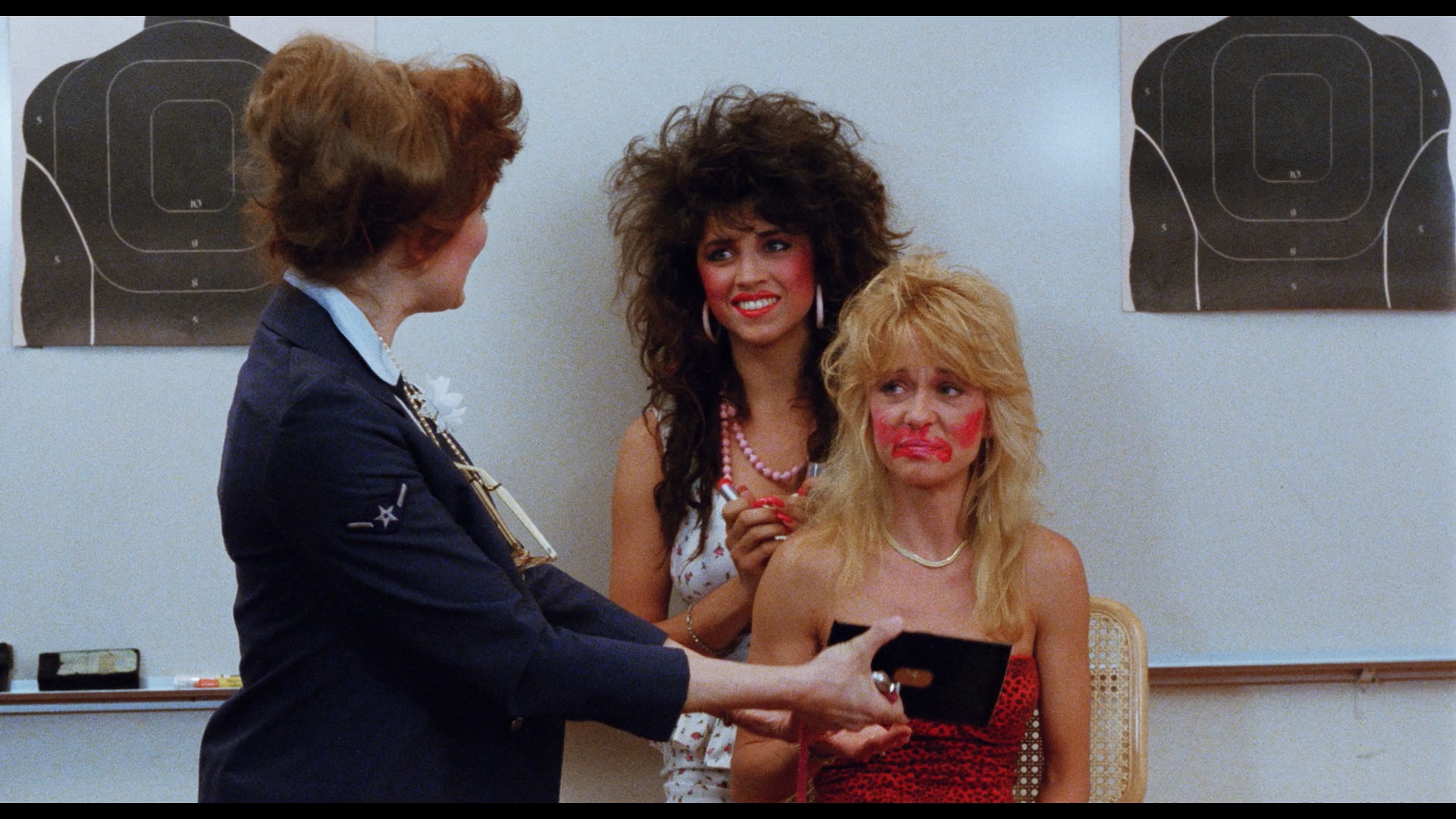 crotch instead. Once they hit the mean streets of Hollywood Blvd. armed with an unlikely array of gadgets, the neophytes get to pose as prostitutes and infiltrate the world of adult films to take down crime ring head Queen Bee (Carol).

That's the basic premise of Vice Academy, but that's mainly an excuse for lots of gags of varying types with the cast getting to run around in colorful outfits and do slapstick. It's interesting that Allen (better known simply as Ginger Lynn, one of the most beloved stars in adult film history) keeps her clothes on in this one while her fellow stars provide a handful of quick topless scenes, not to mention that she's in a film that paints the world of hardcore as dysfunctional at best and a cesspool of crime at worst. On the other hand, that lets Quigley run wild with some very funny bits including a great riff on Melanie Griffith's list scene from Body Double, and the chemistry between the women is really the secret weapon of this film given its massive technical shortcomings on other fronts (including some obvious flubbed lines that somehow made it to the final edit). Sloane has never been known for his technical prowess and that's still the case here, but his heart's in the right place and he gives the material enough zany energy to keep things percolating all the way to the big graduation finale.

Things get much wilder and more freewheeling with the sequel, Vice Academy Part 2, which (in keeping with its studio model) mostly forgets about the whole academy 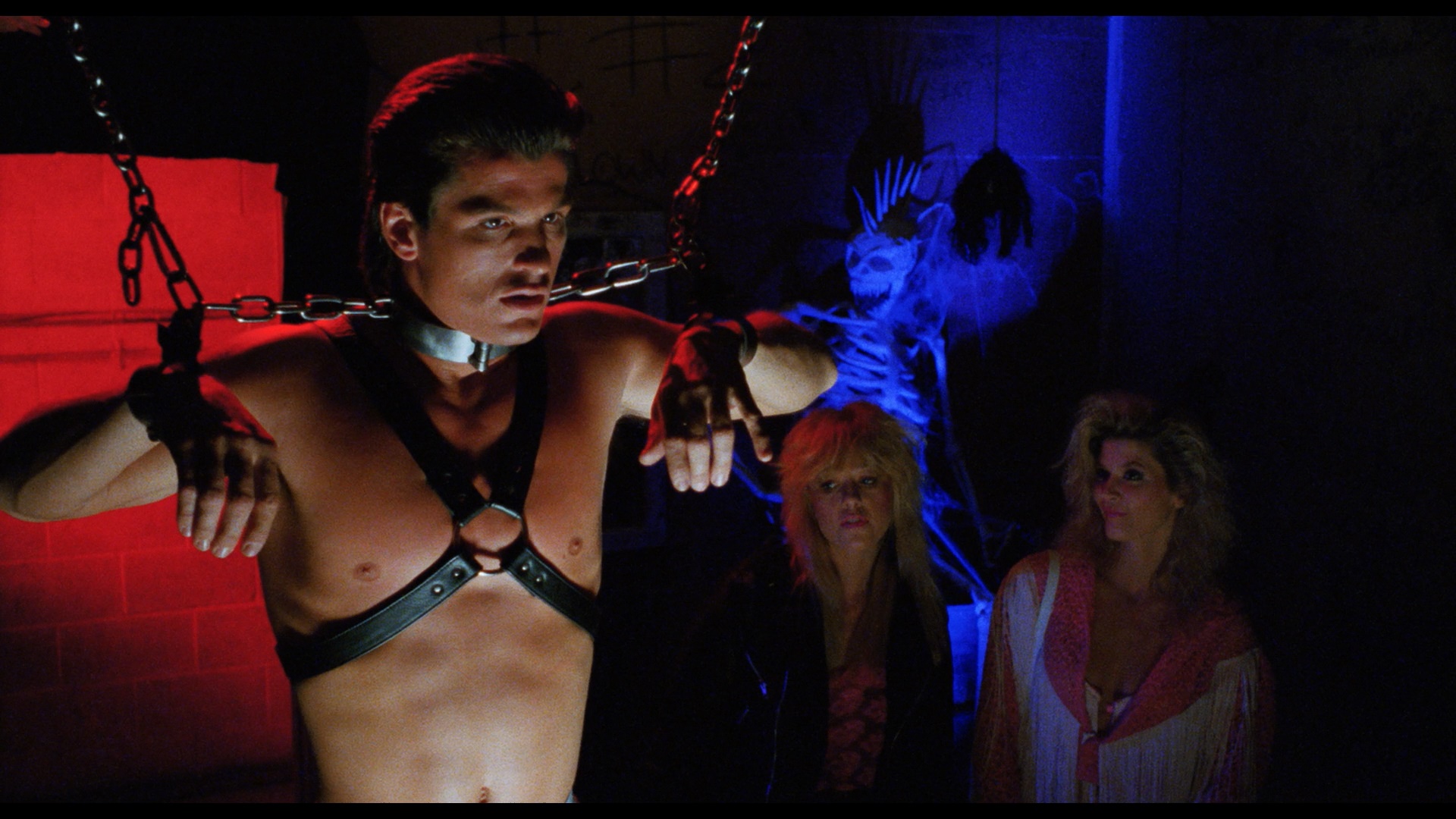 angle and just throws its characters into a crazy crime case. From the outset with Allen addressing the audience's desire to have more sex in this installment, it's a fizzier and f 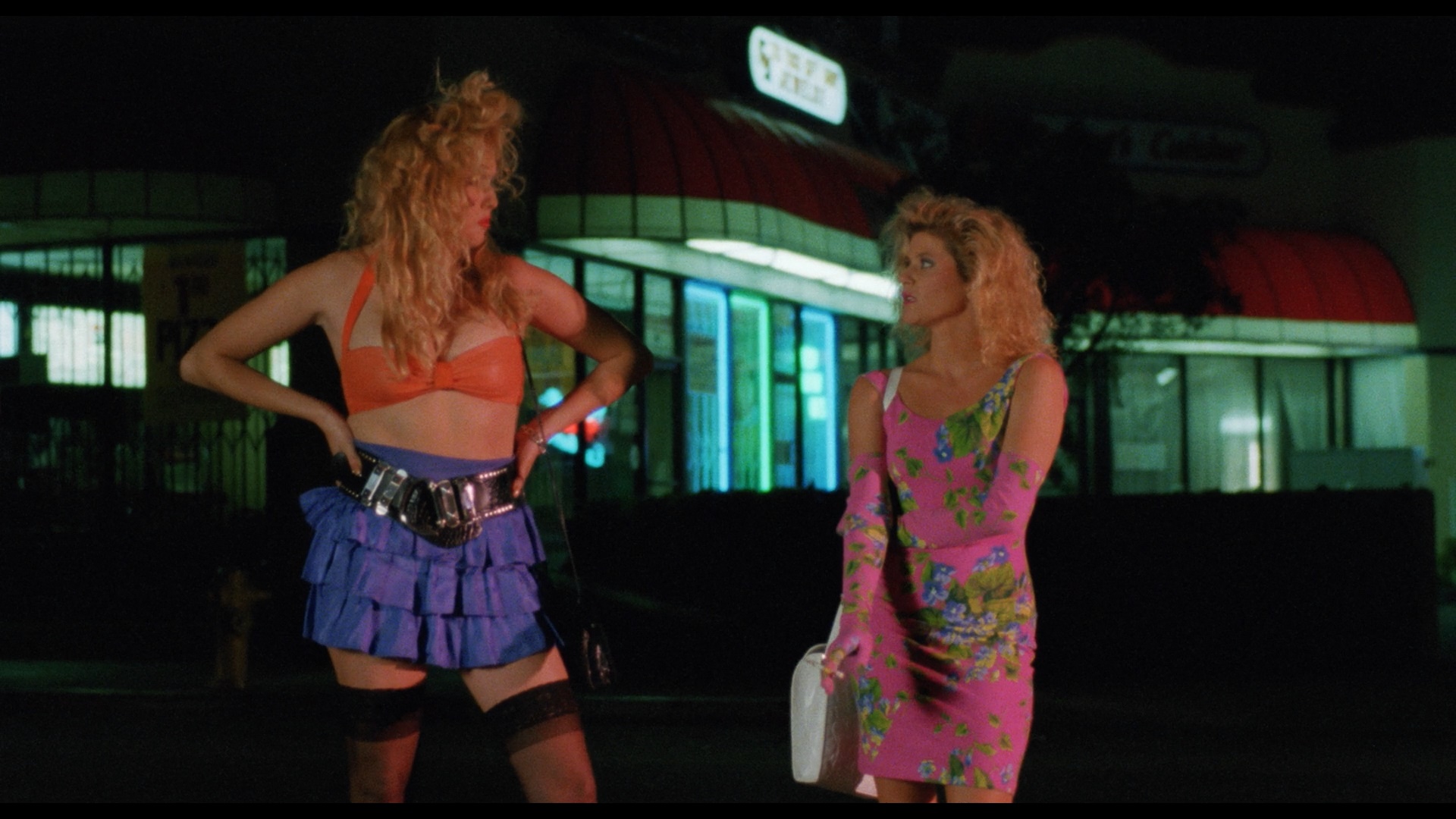 unnier sequel that stands as the best of the series with Didi and Holly going undercover as strippers... just because. We also get introduced to a burly cybernetic law enforcement official called BimboCop... just because. To even out the scales, we now get some beefcake in this installment courtesy of Scott Layne, who gets thrown into a wild bondage scenario during the climax... just because. The plot has something to do with contamination of the metropolitan water supply to turn everyone into sex maniacs, but that barely matters when the film seems to be mostly focused on our ladies trying to prove themselves as police officers are getting a rocky start. Then Vice Academy Part 3 just gets flat-out cartoonish with Quigley bowing out to make way for Allen, Elizabeth Kaitan (as Candy, Didi's sister) and a strangely uncredited Darcy DeMoss to take center stage here in a face off against Malathion (Julia Parton, Dolly's porn star cousin), whose exposure to toxic chemicals has turned her hair green. This one is even sort of a women in prison film, and it's diverting, disposable fun even if the chemistry of the first two films isn't quite there this time around.

All of the films in the series were initially released on VHS by Prism Entertainment, and those now ancient masters were later recycled for bargain bin DVD releases from Madacy and Brentwood with new extras including a promo featurette and Sloane commentaries. The Vinegar Syndrome release features fresh new 2K scans from the 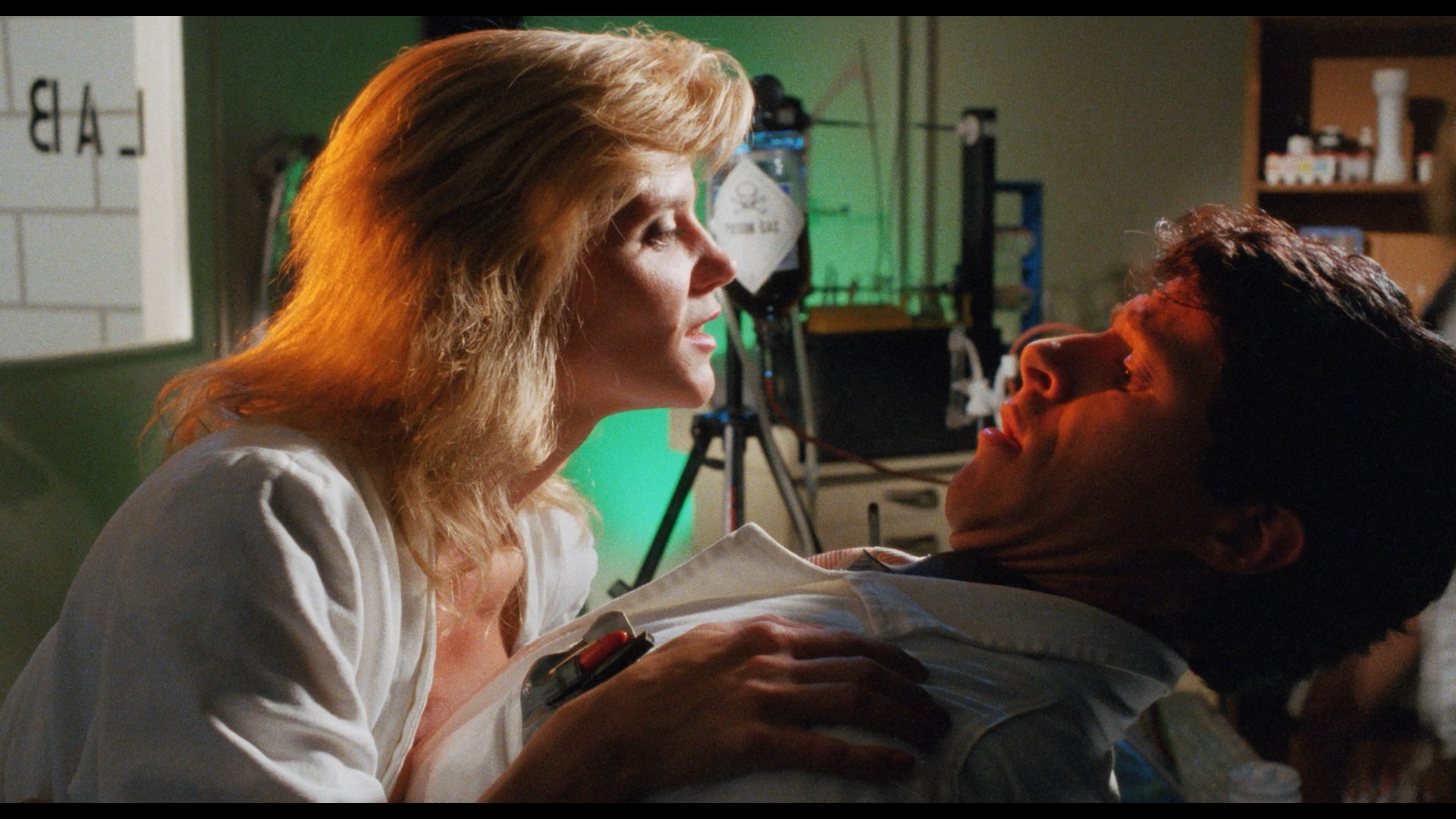 original camera negatives and looks vastly superior to what we've had before, inadvertently making Sloane one of the best treated directors in their catalog following two prior 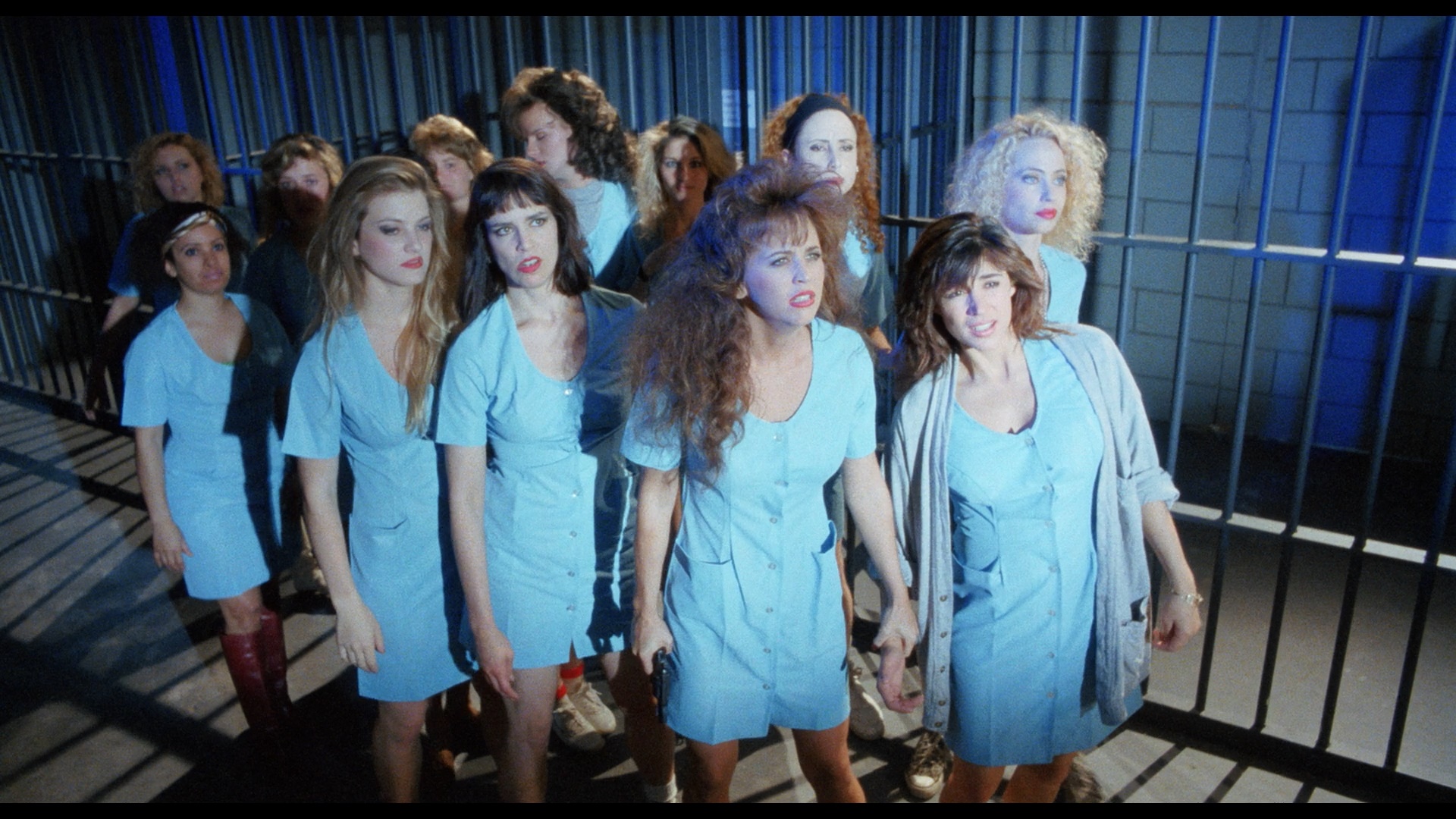 releases. Sloane provides commentary tracks for all three films and chats a lot about working with his leading ladies, identifies the occasional thespians who "couldn't remember a line to save their lives," some jokes that ended up getting dropped from the scripts, and the locations they grabbed shots of without permits. He tends to go quiet a lot as each track goes on and sometimes just falls into reacting to the action, but he still has plenty of good stories when he gets inspired. In "Going Undercover" (35m7s), Ginger Lynn appears for a very engaging look back at the films including the importance of its cheerful nude scenes ("Titties are good!"), the one bit of direction she got from Sloane ("Think Brady Bunch"), her great rapport with Quigley (despite rumors to the contrary due to their zealous fight scene), her thoughts on the sequels (apparently the third film wasn't the most enjoyable shoot), and some very choice words about Darcy DeMoss. Of course, you have to have Quigley here and she delivers in "Head of the Class" (17m39s) with a recollection about having a fun time on the set, doing some impromptu costume design, getting along very well with her co-star after a slightly bumpy start (and having no knowledge of the porn industry at the time), adjusting to doing comedies separated from the horror genre, and offering her own take on that big fight scene.