Color, 1978, 95m. / Directed by Enzo Milioni / Starring Barbara Magnolfi, Stefania D'Amario, Marc Porel, Anna Zinnemann / Severin (US R1 NTSC) / WS (1.85:1) (16:9)
By the late 1970s, the giallo craze in Italy had started to lose some of its appeal thanks to increasingly sleazy cinematic offerings involving nuns, Nazis, and other taboo-bashing staples. Filmmakers eager to stay viable either hopped over into flat-out supernatural offerings (e.g., Dario Argento and Mario Bava) or 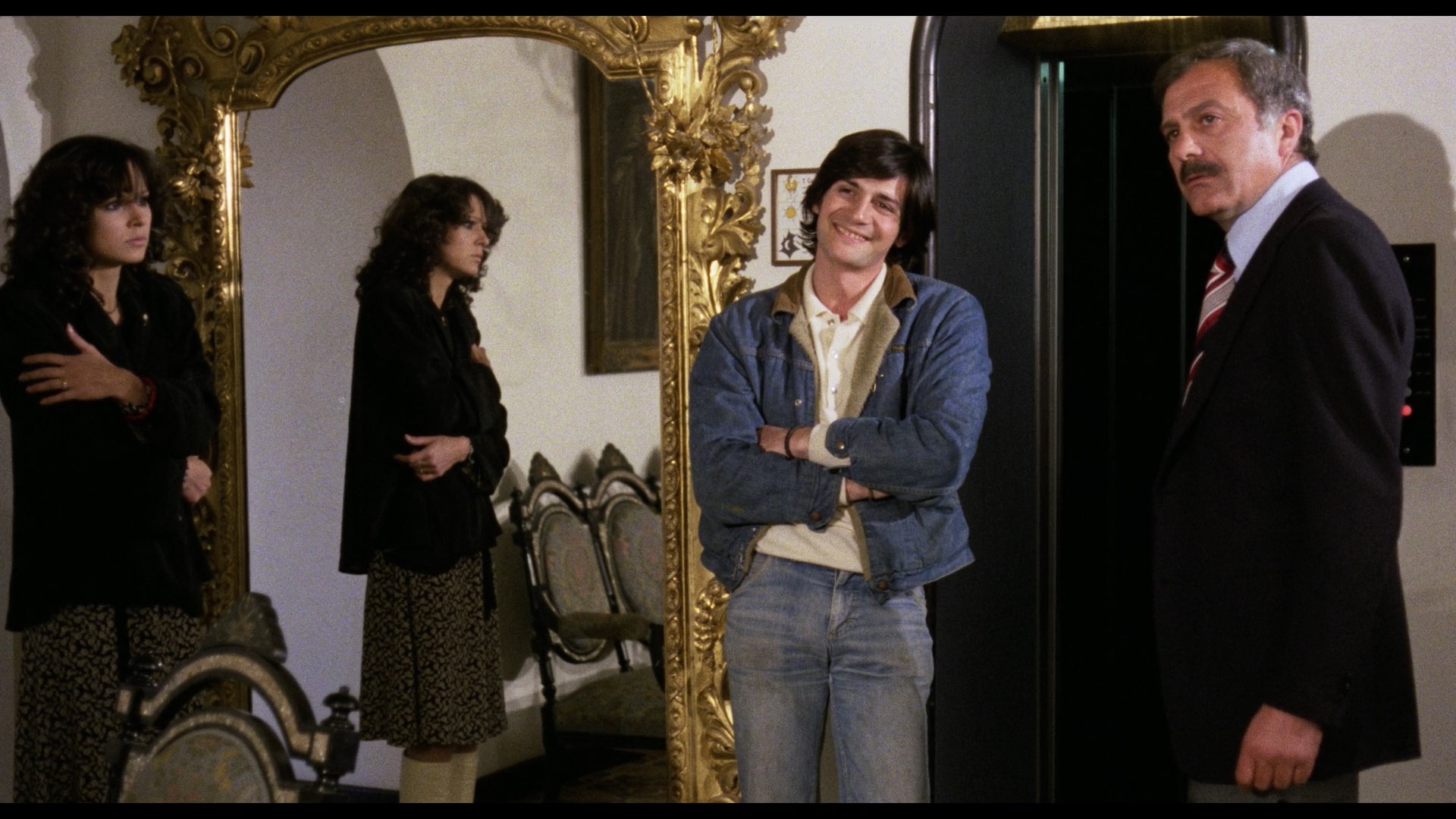 increased their chances of popularity by injecting their mysteries with heavy doses of kinkiness and sleaze. A perfect example of this latter strategy is The Sister of Ursula, an utterly batty shocker that should have earned a hefty cult following by now along with its fellow trashy bretheren like Strip Nude for Your Killer and Red Rings of Fear, though perhaps the unavailability of an English language track may account for its relative obscurity. In any case, it has now been rescued from bootleg oblivion and presented all shiny and digitally-scrubbed to startle a whole new audience. 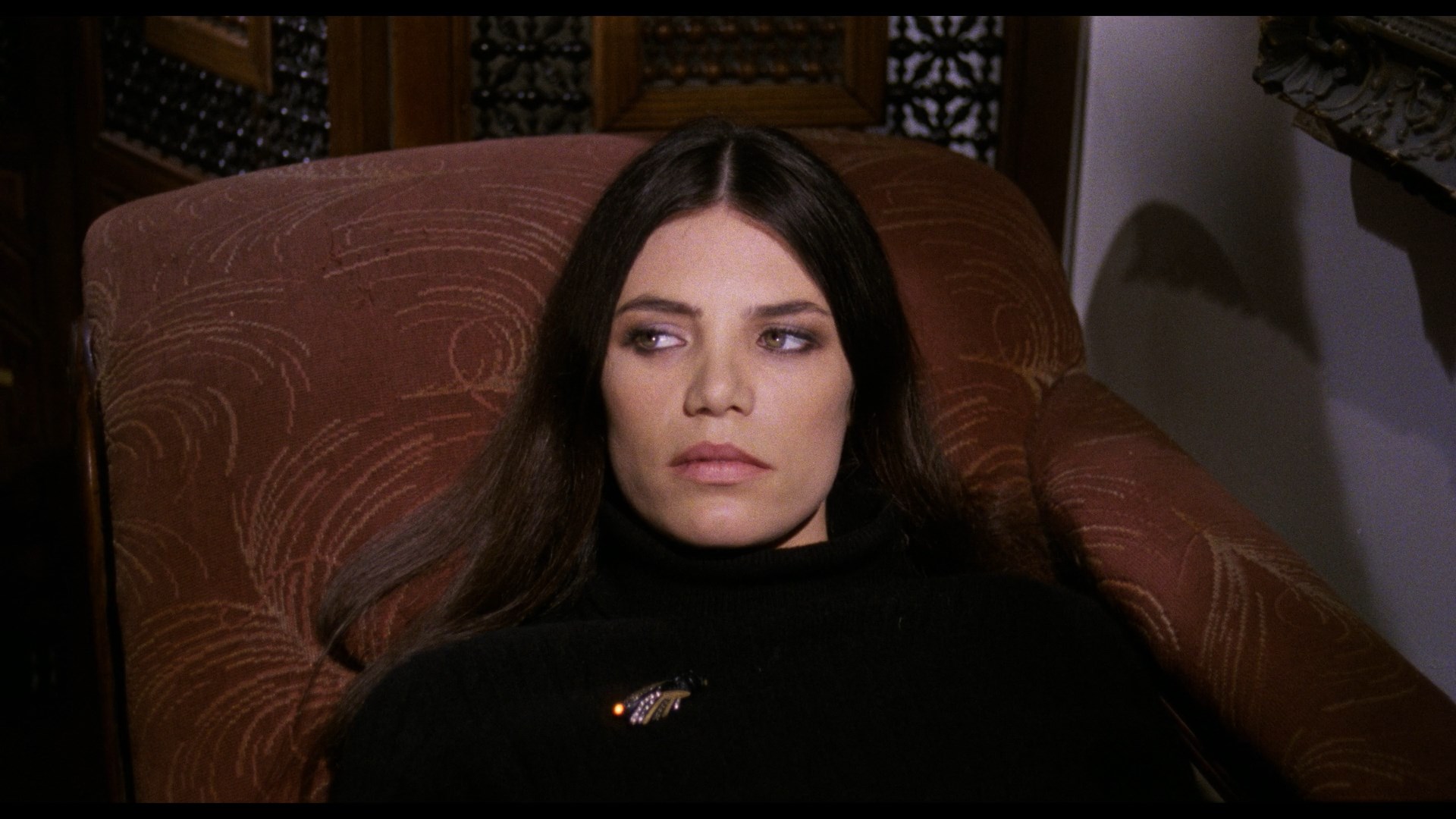 As a mystery, The Sister of Ursula is really no great shakes, nor does it try to be. The killer's identity should be patently obvious, and first-time filmmaker Enzo Milioni (who assistant-directed the great Mad Dog Killer the previous year) seems far more concerned with photographing his gorgeous cast and locations and delivering humid, close-to-hardcore sex scenes. The phallus-inflicted violence is mostly off-camera, but enough aftermath is depicted to induce viewing squirming. Far more amusing is the over-the-top lounge music score by the obscure Mimi Uva, who shamelessly piles on the breathless vocals and sub-Morricone suspense strings.

An equally interesting but seldom-discussing aspect of the film is the relationship between two of its stars, as Magnolfi and Porel had been married for less than a year when this was shot. A beautiful and extremely magnetic actress who never really received her due, Magnolfi carries most of the dramatic weight of the film (and barely shows any skin in the process) in a rare leading role, while Porel, a more experienced actor from films like Luchino Visconti's The Innocent, Lucio Fulci's The Psychic, and Ruggero Deodato's Live like a Cop, Die like a Man, fills in what amounts to a glorified supporting role. Unfortunately he was grappling with a drug problem and had to enter rehab prior to filming, and while he stayed clean for a 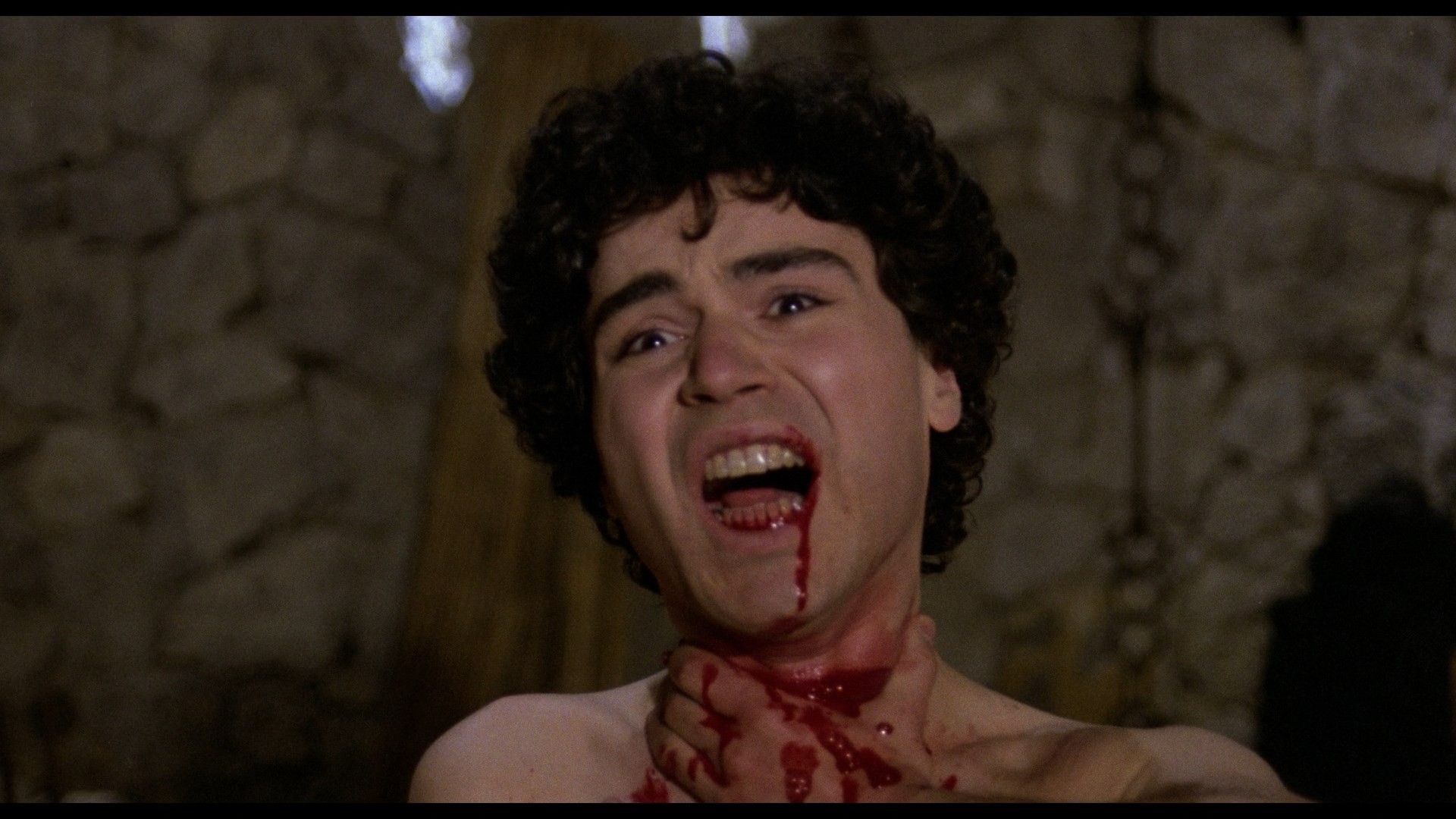 few years, a trip to Morocco in 1983 hooked him once again. He died there, officially from meningitis but with his friends confirming the death was drug-related. Magnolfi became reclusive and largely refrained from films afterwards, though she did make sparse supporting appearances in films like Cut and Run. Back to The Sister of Ursula, perhaps the creepiest moment of the film is not one of its outrageous murders but rather a scene which finds Porel shooting up on-camera in his hotel room, a ghoulish foreshadowing of events to come.

Certainly not a likely candidate for a first-rate American DVD release, The Sister of Ursula has gotten its first respectable video presentation courtesy of Severin's recommended release. The opening titles suffer from erratic contrast levels and some visible damage, but the rest of the film looks just fine and easily blows away any of the murky-looking copies trickling quietly through the gray market for the past couple of decades. The optional English subtitles are also commendable; most of the actors' lip movements indicate that, per usual Italian filmmaking custom at the time, the major performers were speaking English during filming, though no English track was apparently ever prepared.

The biggest extra here is "The Father of Ursula," a half-hour interview with director Milioni, and as one might expect with a film this juicy, it's a fascinating experience and highly recommended for providing some context for this truly bizarre film. He talks about how he got into the business, this film's origins as a bet and its unlikely connection to Dirk Bogarde, his friendship with the married lead actors, the drug tragedy, and of course the infamous murder weapon, which he still owns and proudly displays on camera! Incredible stuff, it's also quite stylishly mounted and ranks as one of Severin's best featurettes to date. The only other extra is the incredibly salacious theatrical trailer, which packs about as much nudity as possible into three and a half minutes.