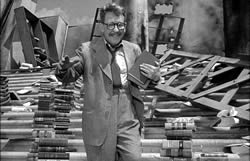 A strong contender for the most influential television series of all time, The Twilight Zone kicked off 1960s pop culture in riveting, mind-twisting style thanks to creator Rod Serling, a dramatist who cut his teeth on powerful dramas like Requiem for a Heavyweight. Here he found the world of science fiction and horror adaptable to his concerns and recurring themes, such as middle-aged dissatisfaction, the perils of nostalgia, the danger of mob herd mentality, and the nastier aspects of the '50s American suburban dream. Most viewers were too distracted by the cinema-caliber quality level, excellent performances, and wicked story twists to notice what was really going on at first, but the universal messages of the show remain powerful enough to make it a TV marathon staple several times a year even today. 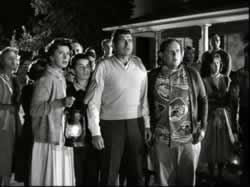 Hosted by Serling (who often appears with cigarette in hand), the series kicked off with an incredibly strong season from 1959 to 1960 in which the style and mood seemed fully formed right from the outset. The spare, atmopsheric pilot, "Where Is Everybody?" with a stranded everyman struggling to pull himself from his inexplicable surroundings, contains the disorienting, "scary sci-fi" tactics which would define most of the standout episodes, with the more sentimental "One for the Angels" tackling America's pasttime with the whimsical fantasy that would also become a recurring element in future seasons. The western "Mr. Denton on Doomsday" is good as well, but it's really with the next two episodes, "The Sixteen Millimeter Shrine" (with the great Ida Lupino as a faded actress sucked into a Sunset Blvd.-style obsession with her celluloid past) and the poignant "Walking Distance" (with a businessman pulled into his childhood hometown), where the show really hit its stride. From here on it's a veritable string of highlights: "The Lonely" (with Jack Warden as a marooned convict with a female robot companion), "Time Enough at Last" (you know, the one with Burgess Meredith and his glasses), the chilling and surreal "Perchance to Dream," the unnerving "And When the Sky Was Opened" (featuring great work from Rod Taylor and Jim Hutton), the wistful but eerie "A Stop at Willoughby" (basically a more tragic variation on "Walking Distance"), and two of the series' all-time biggest heavy hitters, "The Monsters Are Due on Maple Street" (a piercing critique of McCarthyism that now stands as a much larger analogy for any paranoid threat that turns Americans into dangerous fanatics), and the wonderfully frightening "The After Hours" with Anne Francis spending a harrowing night in a department store inhabited by unusual mannequins. 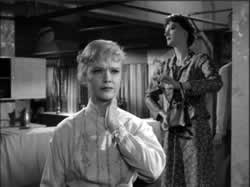 The rest of the episodes are nothing to scoff at either, consisting of high caliber work like "Judgment Night," "What You Need," "The Four of Us Are Dying," "Third from the Sun," "I Shot an Arrow into the Air," "The Hitch-Hiker," "The Fever," "The Last Flight," "The Purple Testament," "Elegy," "Mirror Image" (featuring a pre-Psycho Vera Miles), "A World of Difference," "Long Live Walter Jameson" (one of the best roles for the late Kevin McCarthy), "People Are Alike All Over" (a great part for Roddy McDowall), "Execution," "The Big Tall Wish," "A Nice Place to Visit," "Nightmare as a Child," "The Chaser," "A Passage for Trumpet" (featuring Jack Klugman's first series appearance), "Mr. Bevis" (the lowest point of the season, but still not bad), "The Mighty Casey," and the clever "A World of His Own," which closes out the season with an exceptionally neat little flourish in the last scene.

Thanks to its enduring popularity, The Twilight Zone lived on well past its initial five seasons in numerous guises. Serling returned to series television at the end of the decade with the terrific, wildly underrated horror anthology show Night Gallery

, and after his death, Zone was revived once for the big screen with 1983's Twilight Zone: The Movie (a hit despite the major on-set tragedy that still haunts it today) and twice for television, once in the '80s (for three seasons which proved to be wildly uneven but studded with a few indisputable classics) and again with far lesser results in the '00s. Other anthology shows followed in its wake, particularly The Outer Limits, The Ray Bradbury Theater, Kolchak - The Night Stalker, Masters of Horror, and obvious unofficial stepchildren like The X-Files and Supernatural.

The original Twilight Zone was also one of the most widely available titles during the VHS era, a testament to its durability on home video despite frequent TV broadcasts. CBS/Fox shuffled out a few greatest hits compilations, while Columbia House offered a far more expansive subscription VHS line containing most of the series along with a really boneheaded opener that managed to spoil the endings of almost every major episodes in one minute. The same strategy mualtated a bit when the DVD wave hit, as Image initially released all of the episodes in random four-episode, single-disc releases derived from the same CBS masters created for the tape releases. These were then packed together as larger box sets for the Costco crowd, but there was still obvious room for improvement. Salvation arrived with full season box sets featuring HD transfers of each episode (including the problematic five ones shot on tape as an ill-advised experiment), along with a raft of supplements including numerous commentaries, episode bumpers, promos, isolated music scores, and much more. 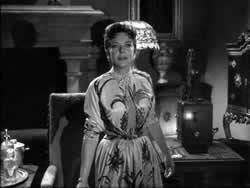 At this point, many casual TV fans began to wonder whether this was as good as it could possibly get. After all, even though many '60s shows were shot on 35mm with surprisingly glossy visual appearances, would the dawn of Blu-Ray and 1080p as a visual standard do more harm than good? Thankfully, the answer has now been proven to be a resounding no; things could indeed get much better. Shows like Star Trek and The Prisoner got astonishing visual overhauls on Blu-Ray, and The Twilight Zone joins the best of them with brand new HD transfers (yep, they had to be done all over again), fresh off the original negatives with often jaw-dropping results. Delicate textures in fabric, metallic surfaces, hair, and make-up pop through with astonishing clarity, and the original (very unobtrusive) grain texture of the original film appears to have been left intact. The mono audio is also very robust, making the most of the especially strong use of movie-quality music scores from the likes of Bernard Herrmann, Jerry Goldsmith, and Franz Waxman. Almost every episode features an isolated score track as well (the dialogue-reliant "Time Enough at Last" excepted), and tons of new bonuses have been added as well. More episodes from the Twilight Zone radio drama have been included, with the same stories recreated with a modern cast (including such diverse names as Paul Dooley, Kim Fields, Stacy Keach, Fred Willard, Ed Begley Jr., and Lou Diamond Phillips). The same commentaries have been carried over with quite a few new ones, including contributions from participants like Martin Landau, producer William Self, Suzanne Lloyd, Rod Taylor, director Ted Post, Kevin McCarthy, and writers Marc Scott Zicree (The Twilight Zone Companion) and Gary Gerani (Fantastic Television). The actual episode audio is presented in a very strong restored mono mix along with optional unrestored version (for that lo-fi, hissy ambience you might remember from reruns). Unlike the DVD set, the Blu-Ray version features optional English subtitles, a very welcome development for the show's many hard-of-hearing fans.

Among the video extras, the real stunner here is an HD presentation of the complete (and once presumed lost) version of "The Time Element," an "unofficial" Serling pilot for The Twilight Zone for Desi Arnaz and Lucille Ball's Westinghouse Desilu Playhouse, with both hosts appeared for a lighthearted wrapup unseen since the original airing. It's a really amazing coup and worth upgrading just for this astonishing discovery alone, and the episode itself (about a man time-skipping around the period before Pearl Harbor, a probable inspiration for The Final Countdown) is quite good, too. You also get the original unaired version of "Where Is Everybody?" (on the previous DVD set), another version of "What You Need" from the rival anthology show Tales of Tomorrow, four audio recordings of Serling lecturing at Sherwood Oaks College, clips of Serling's Emmy acceptance speeches, sponsor bumpers, audio interviews of Zicree with various cast and production members including Burgess Meredith and Anne Francis, extra syndication promos, and video interviews with Dana Dillaway, Suzanne Lloyd, Beverly Garland, and Ron Masak. All in all, it's a really stacked set and also a perfect demonstration of how beautiful black and white film can look even when it's intended for the small screen.