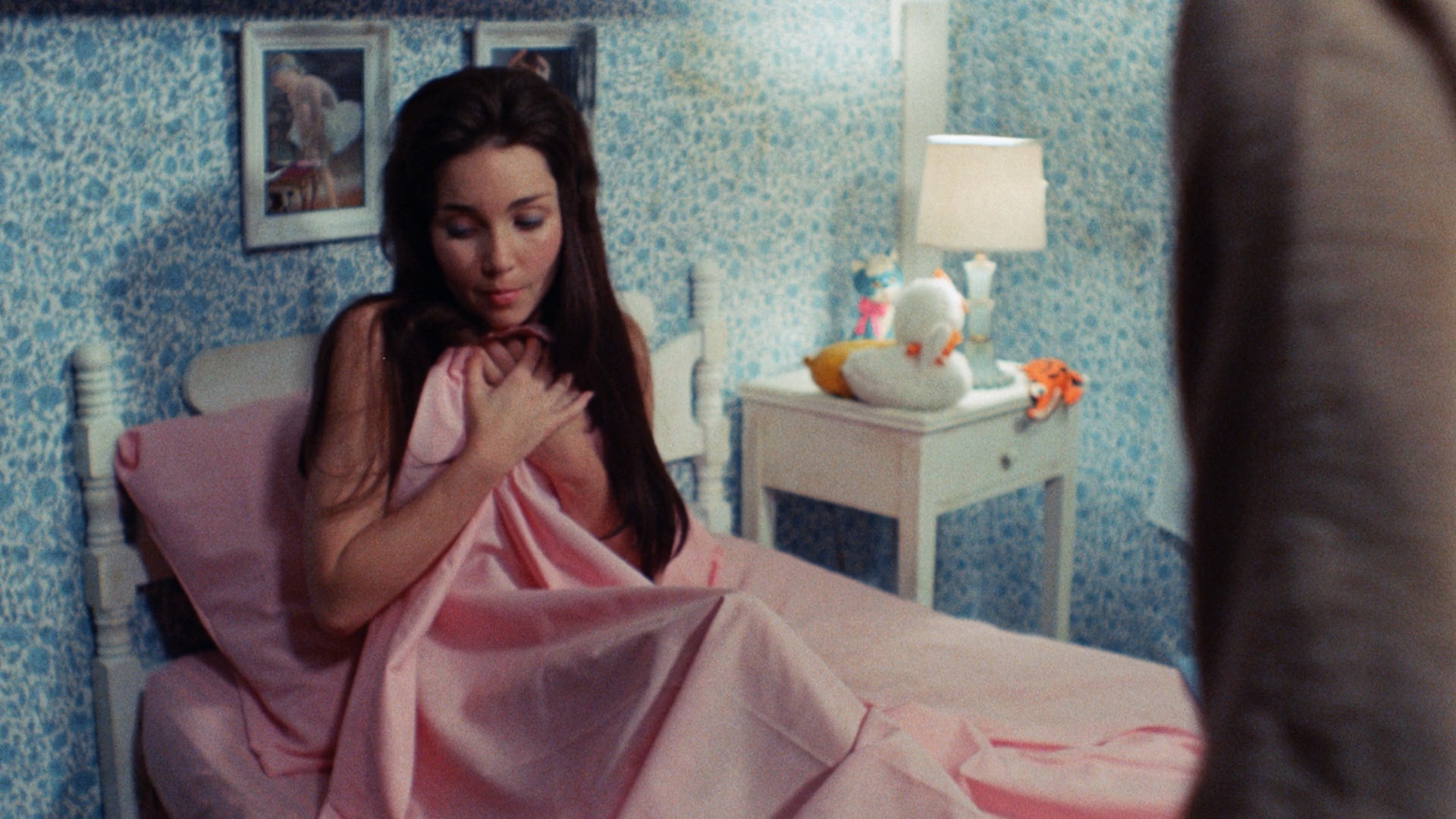 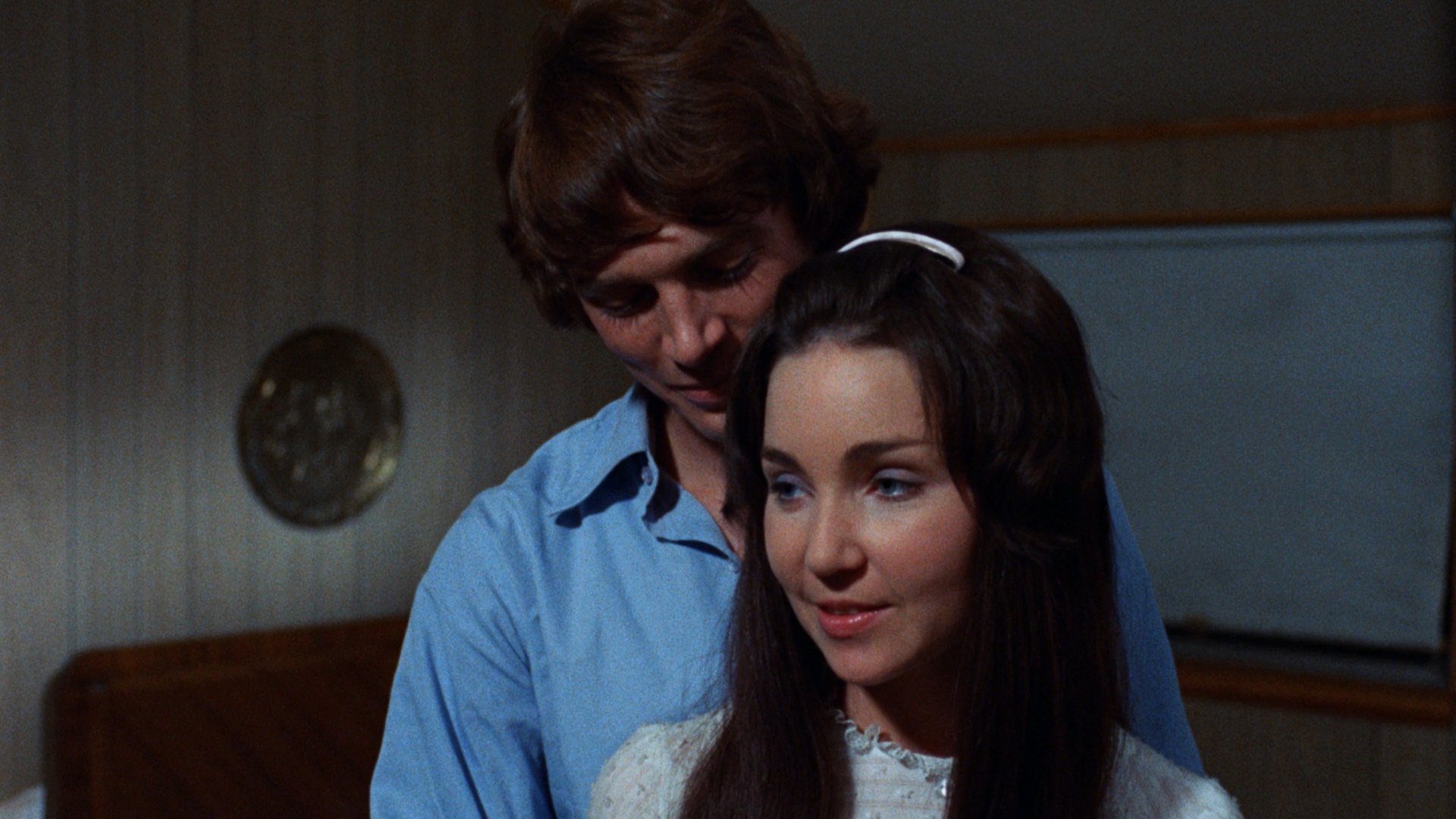 best known for his goofy softcore comedies ranging from Kiss Me Quick to Please Don't Eat My Mother, his Boxoffice International Pictures could also throw some serious curve balls at viewers from time to time. Ranking up there with peculiar crown jewels like Roseland and Wilbur and the Baby Factory is this outrageous, shocking melodrama marketed as a sex film but actually delivering something far more subversive. Toys Are Not for Children was the final film by Philly-based former stand-up comic Stanley H. Brassloff, who wrote and directed the late roughie Two Girls for a Madman as well as producing and writing the foul-tempered Behind Locked Doors for Novak. Somehow this particular sordid tale managed to skirt by with an R rating from the MPAA, probably due to the fact that it doesn't explicitly show much apart from some flashes mild nudity here and there. However, it's easily one of the more jolting Novak films from the era as it grapples with touchy issues most films wouldn't even think about going near.

Abandoned by her father and raised by a bitter, domineering mother (Warren), the infantilized Jamie (Forbes) has a fixation on her missing parent -- right down to obsessing over the toys he left behind for her. A chance encounter at the upstate toy store where she works entangles her with Pearl (Kingsley), a middle-aged, colorful prostitute who invites her to come by and say hi in Manhattan sometime. Jamie takes her up on that offer and very publicly gushes over Pearl's line of work, which also involves sharing an apartment with the very strange and disgruntled Eddie (Arroyo). Jamie decides to settle down and marry young retailer Charlie (Poe), but the temptation of finding her father proves to be too much as she goes full Belle de Jour by turning tricks (with daddy figures, 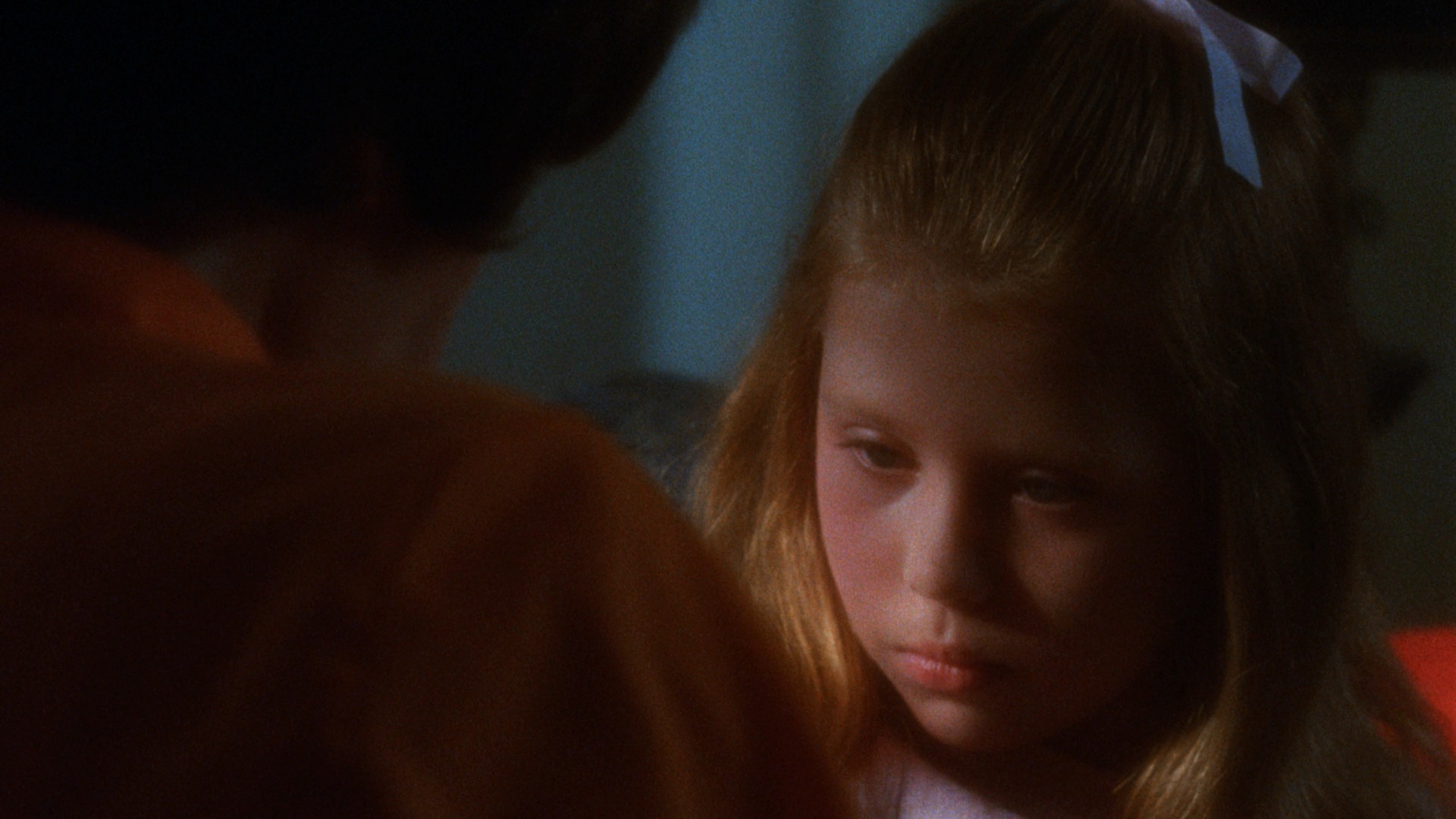 of course) and using Pearl's connections to make contact with dear dad, whose taste for ladies of the evening was 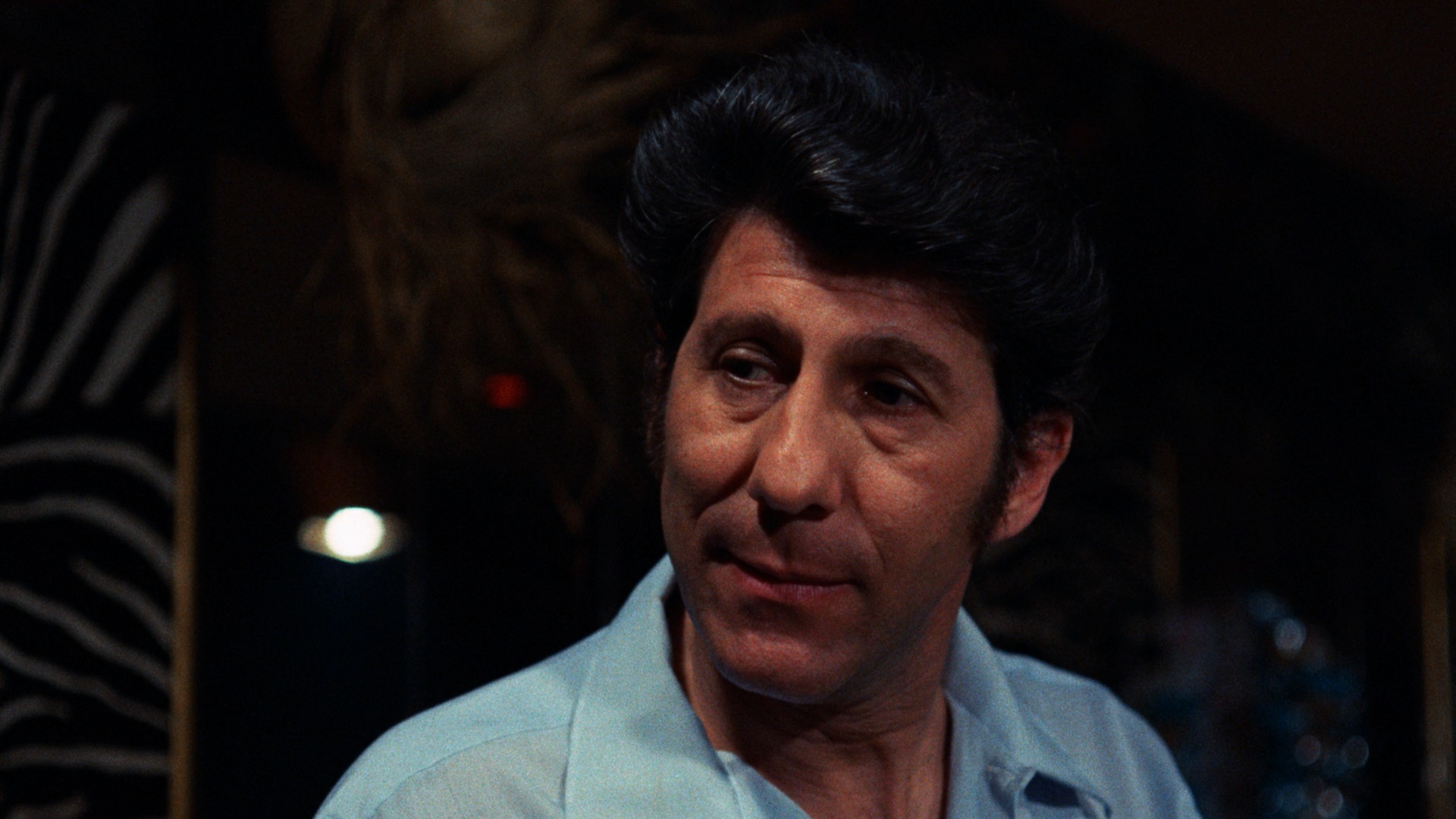 responsible for wrecking his family in the first place.

Imagine a cross between Andy Milligan and Joe Sarno and you'll be more or less in the right frame of mind for this jaw dropper, which wallows in tons of unsavory implications about Jamie's relationship with her dad and the permanent warping done to her psyche. The whole thing should be incredibly unpleasant and downbeat, but it's handled with that strangely endearing quality found in so many early '70s drive-in films where you find yourself siding with completely crazed protagonists just because you can't wait to see what happens next. A lot of Something Weird customers were caught off guard when this appeared on VHS from them in the early days of its Novak library glory days, and word quickly spread among cult film circles that this was something worth checking out. That reputation grew when Image Entertainment issued a DVD in its Something Weird line in 2003 as a double feature with Novak's fabulously nutty horror-erotica-sci-fi pastiche The Toy Box, a genuinely cracked evening of entertainment only for the hardiest of souls. That toy-crazy release also included trailers for both films along with bonus ones for Ann and Eve, The Depraved, The Exquisite Cadaver, Labyrinth of Sex, The Naked Countess, Sextet, The Single Girls, and Tales of the Bizarre, as well as bonus shorts "The Toy Telephone Truck" and "Christmas Eves." 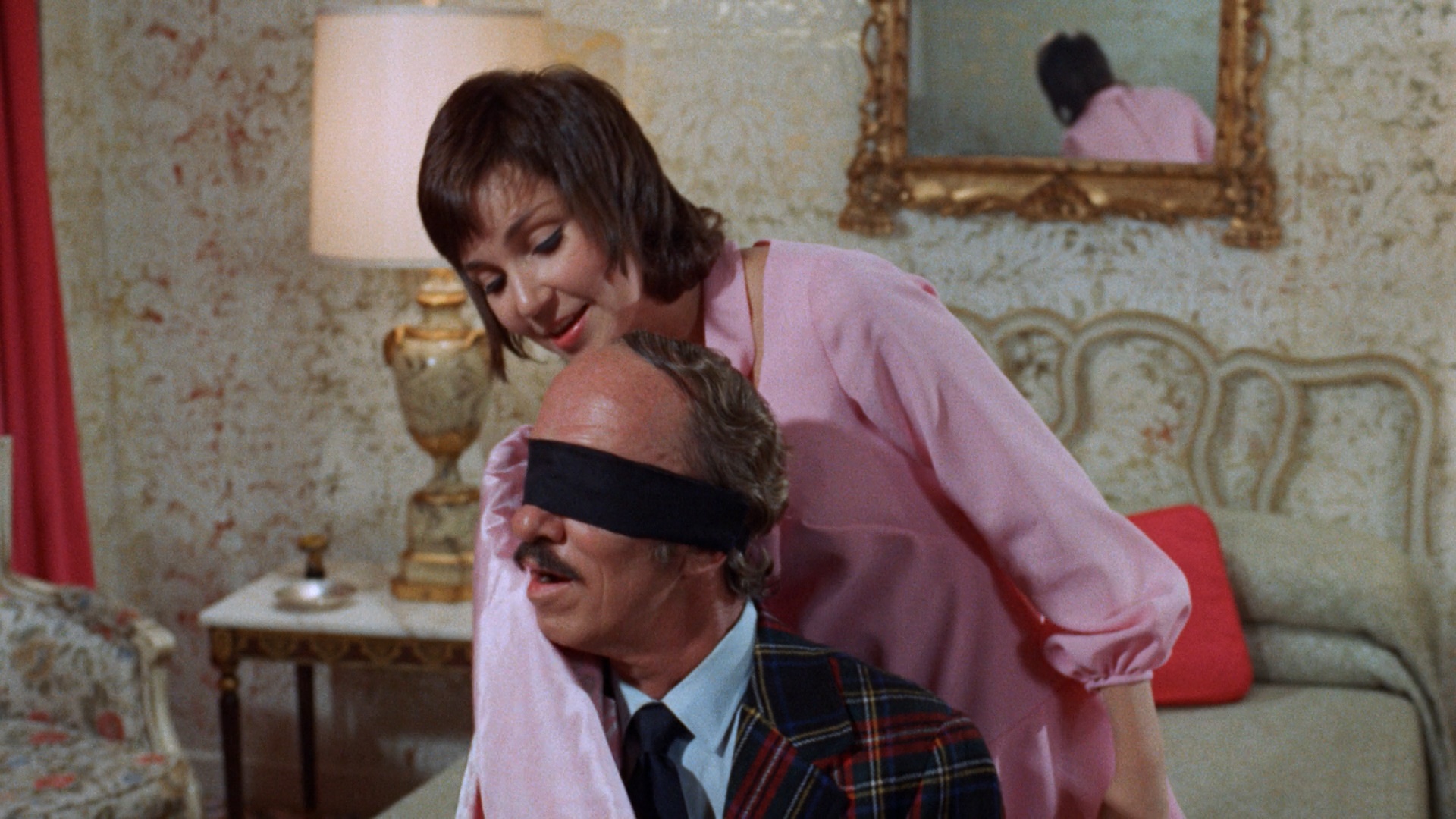 In a very surprising move, Arrow Video brought the film back into circulation in 2019 as a Blu-ray release in the 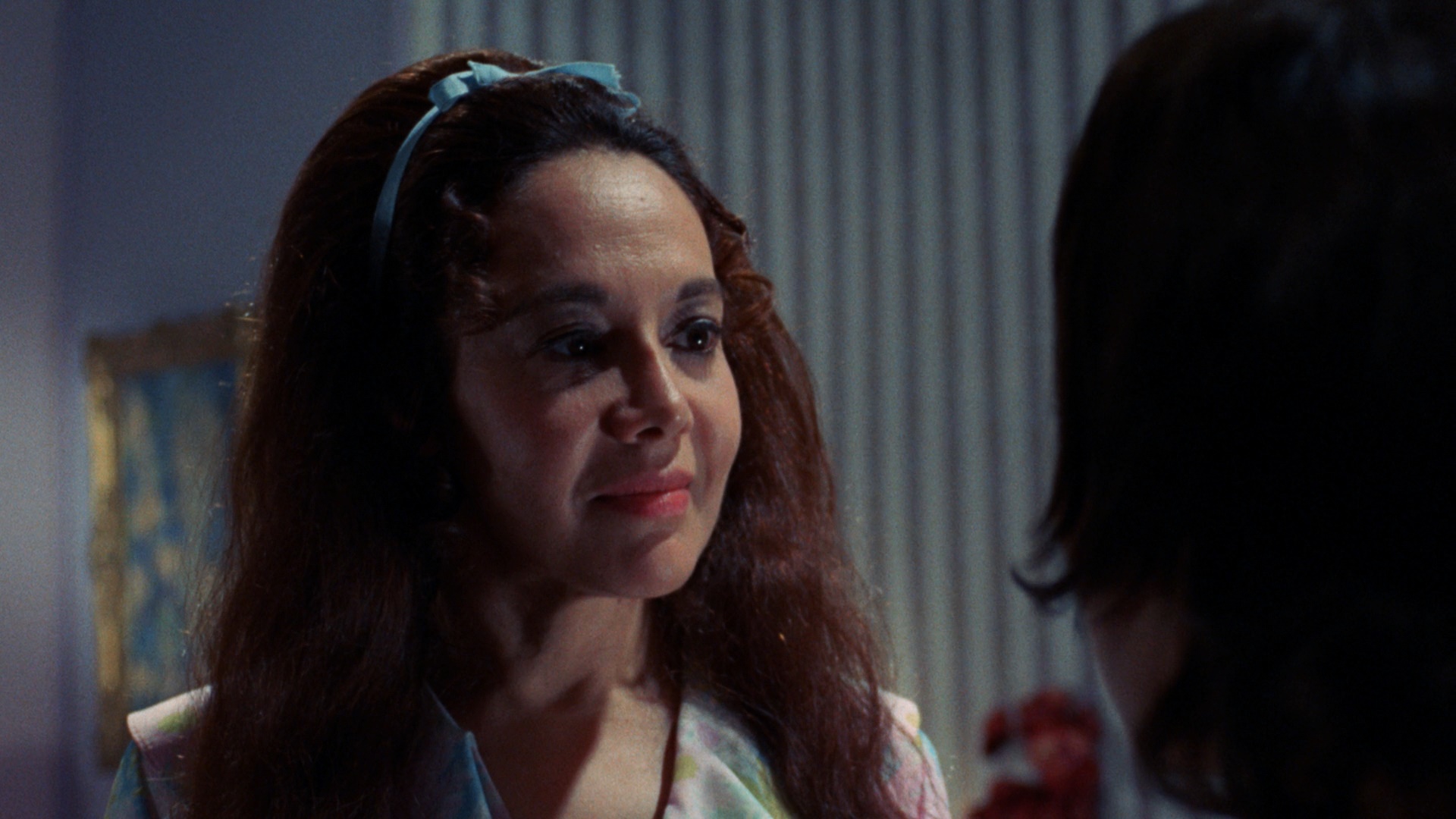 U.S. and U.K. Apparently this was floated as a potential title for their essential American Horror Project line but the film didn't have the requisite horror credentials; however, you could easily argue that this sits beside other studies in psychosis like Images and Symptoms closely enough to make the cut, especially the utterly insane ending. The transfer is listed as a "brand new 2K restoration from original film elements," which isn't terribly specific but does result in a mighty impressive presentation if you're familiar with this film's very ragged past history transferred from a banged-up print in the back of Novak's storage closet. Here it looks pristine throughout with far better black levels, no damage, and appealing flesh tones, not to mention some seriously blazing colors on those very 1970 dresses (the year it was actually shot). The LPCM English mono audio is also much cleaner and more robust here, with optional English SDH subtitles provided (so you can play a drinking game every time you read the word "daddy" and end up in an ambulance). A new audio commentary by Kat Ellinger and Heather Drain (apparently recorded around the same time as the launch of their Hells Belles podcast) is loads of fun as they cover sexuality in the early '70s, the virtues of Forbes' performance and her mostly enigmatic professional history, other connected films from the era like There's Always Vanilla and Some Call It Loving, and the foibles of personal filmmaking at the time with the risks of audience rejection. Stephen Thrower provides an excellent overview of the director in "Fragments of Stanley Brasloff" (25m3s) including an extensive history of his various professional lives, his affinity for mysticism that trickled into this production, and the "stop-start" process of this film that caused its belated theatrical release. "'Dirty' Dolls: Femininity, Perversion and Play" (23m) is a broader video essay by Alexandra Heller-Nicholas about the recurring motifs of toys and female connections found in this film and Carol (as well as the Patricia Highsmith source novel) while also touching on the way toys like Barbie were marketed and had an impact on young girls' sense of identity. If you haven't gotten enough of the film's theme song, "Lonely Am I," you also get the chance to play it all by itself courtesy of a fresh transfer from the original 45 RPM vinyl single; that's followed by trailers for all three Brassloff films in their original sordid glory. The disc comes with the usual reversible sleeve option including a new design by The Twins of Evil and, in the first pressing only, an insert featuring new liner notes by Vanity Celis.