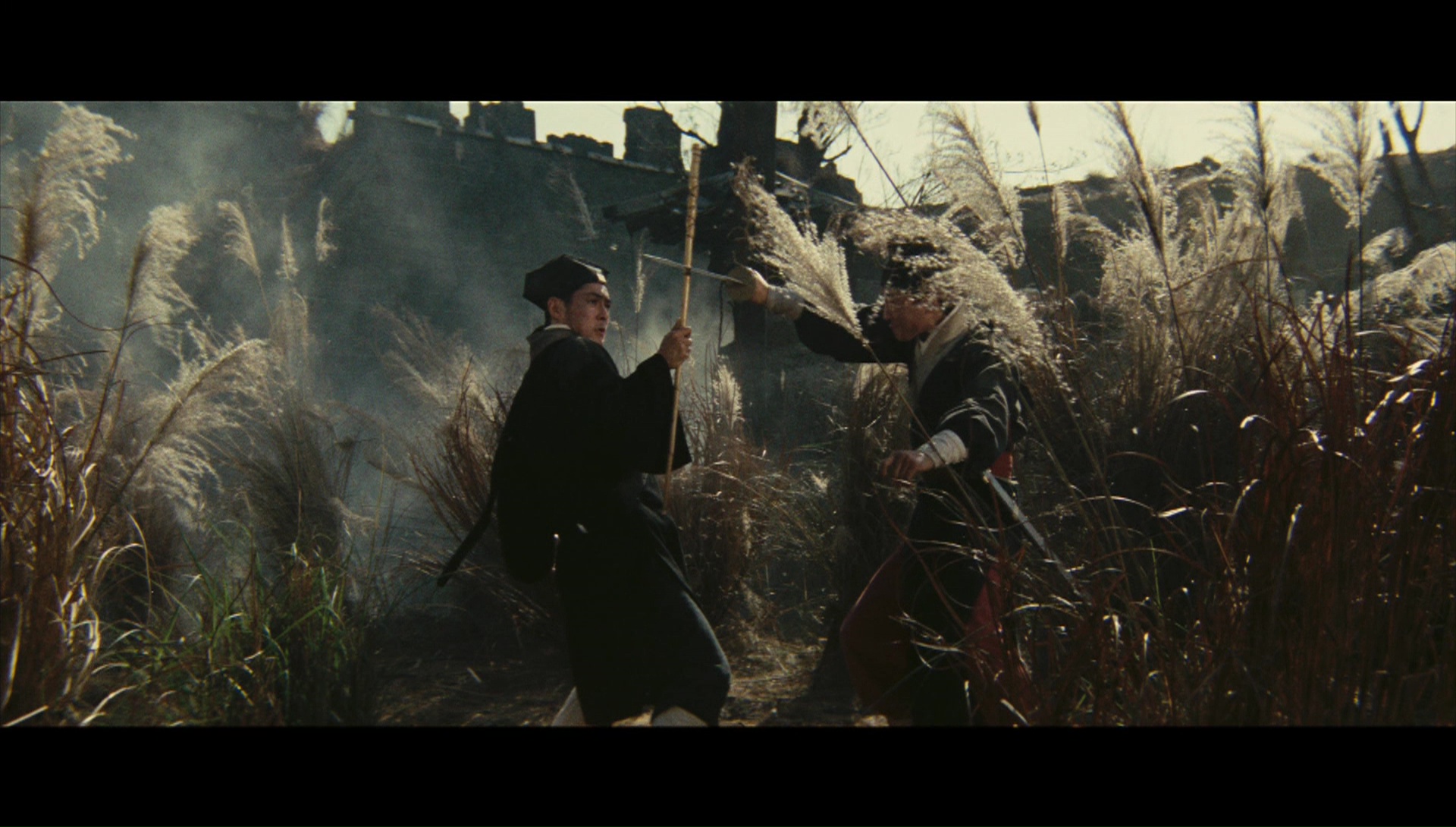 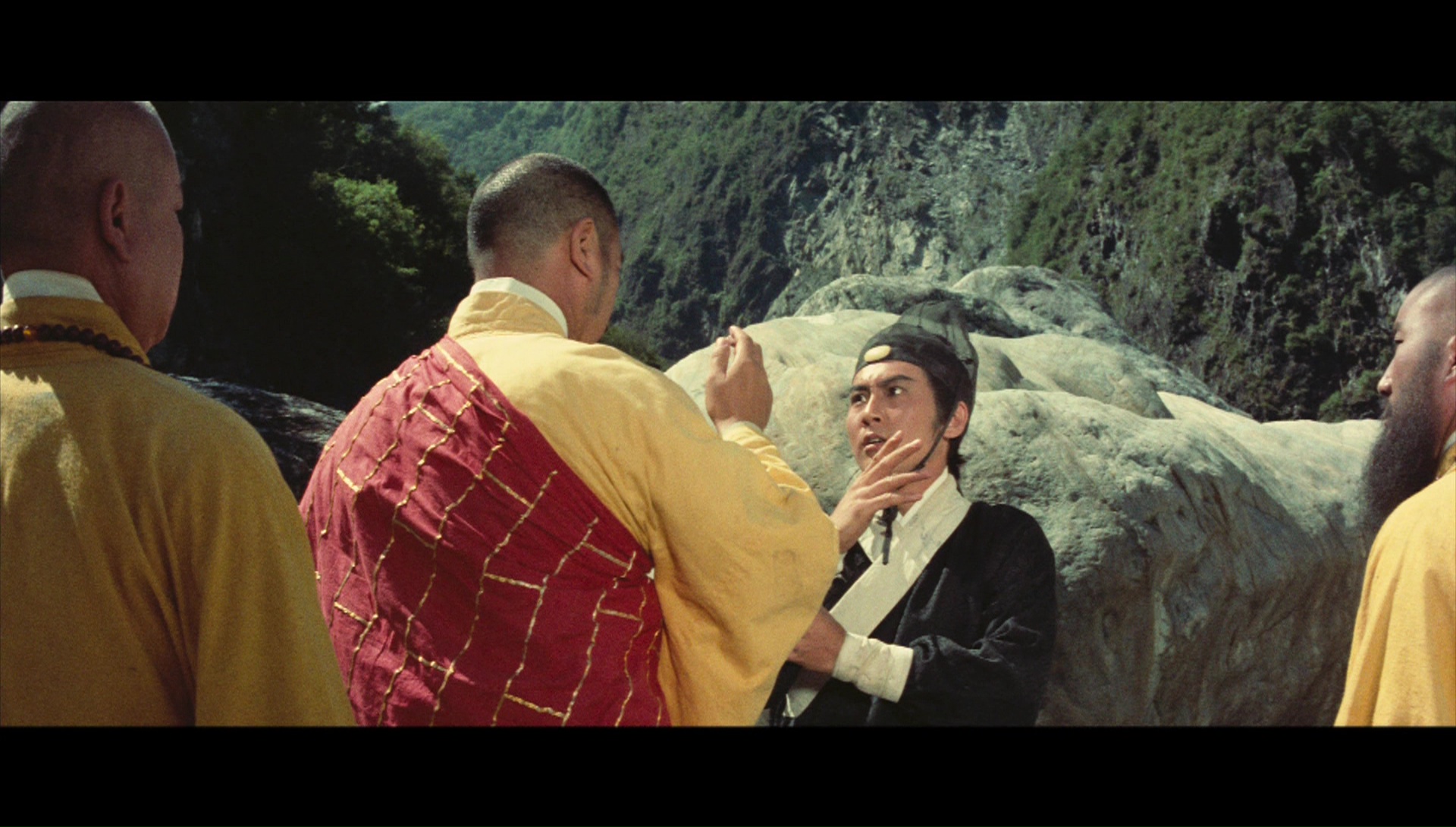 Widely regarded as one of the finest wuxia films ever made (and perhaps the greatest of all time), A Touch of Zen quickly became a milestone of Taiwanese cinema upon its award-winning appearance at the Cannes Film Festival. Even by today's standards after decades of martial arts films, it remains a startling and unorthodox experience with rich, painterly visuals and a narrative that seems to reach its climax at the midpoint before embarking in a very different direction in its second half. Unfortunately neglect led to substandard film elements and unwatchable video transfers for many years, which hampered its reputation for quite some time; however, an extensive restoration was finally undertaken by the Taiwan Film Institute, which resulted in international theatrical appearances and essential 2016 home video editions in both the United States and the United Kingdom.

At a remote abandoned fort supposedly filled with ghosts, mild-mannered artist and military history aficionado Gu Shenchai (Shih Chun) is being pressured to get a more traditional job by his aging mother. However, his life path changes considerably when he finds a young woman hiding on the property: Yang (Hsu Feng), a skilled warrior on the run, who has also secreted her own mother onto the premises. Yang's father, a respected minister, has been murdered by the nefarious eunuch Wei, and other strange characters start congregating 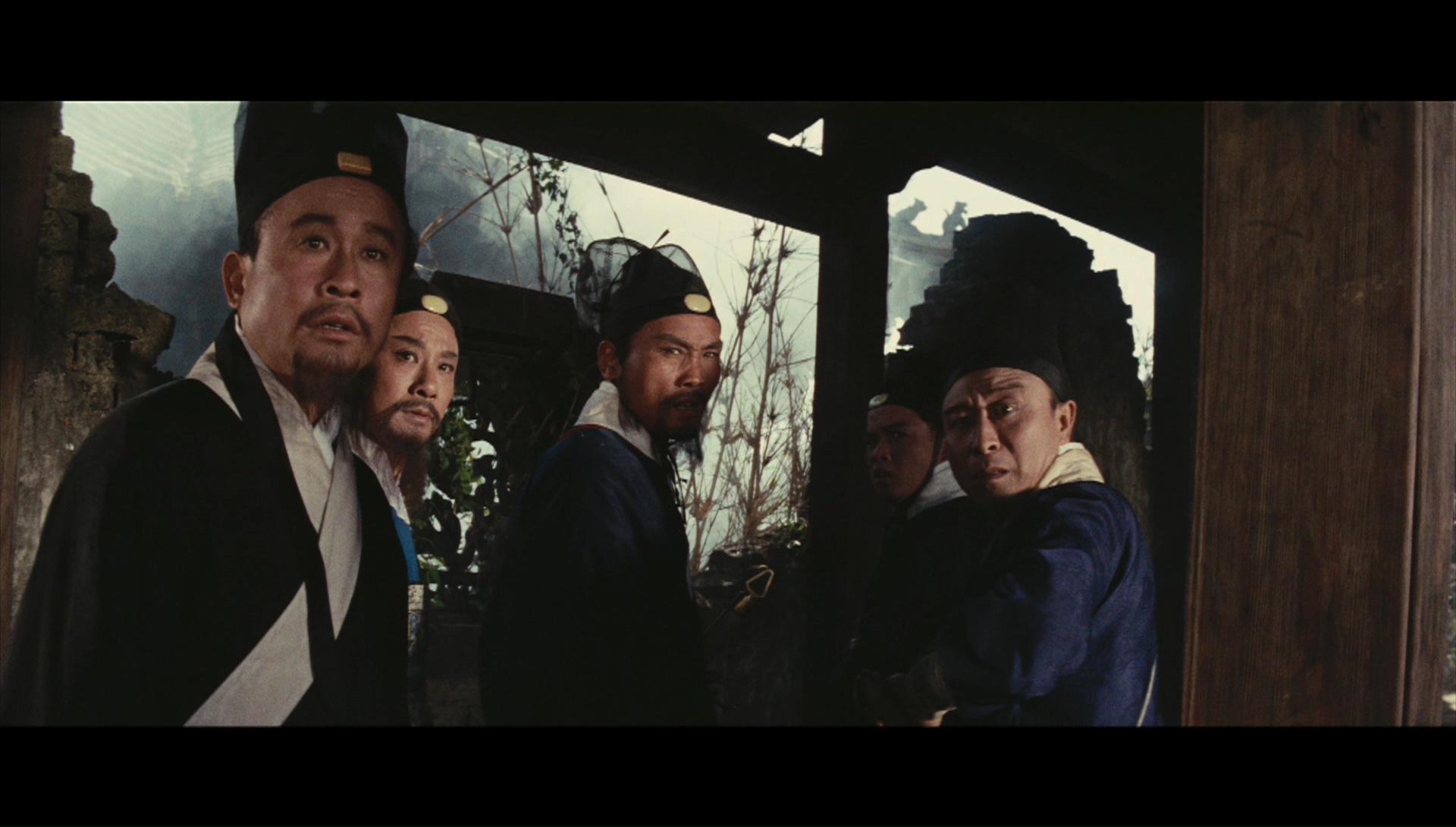 around -- an omen brought on by a stranger with hairy eyebrows who asks to have his portrait drawn. Gu finds himself falling for the headstrong fighter after a romantic tryst during a thunderstorm, but with East Chamber enemies closing around them, he may need to take unusual measures to prove his worth. 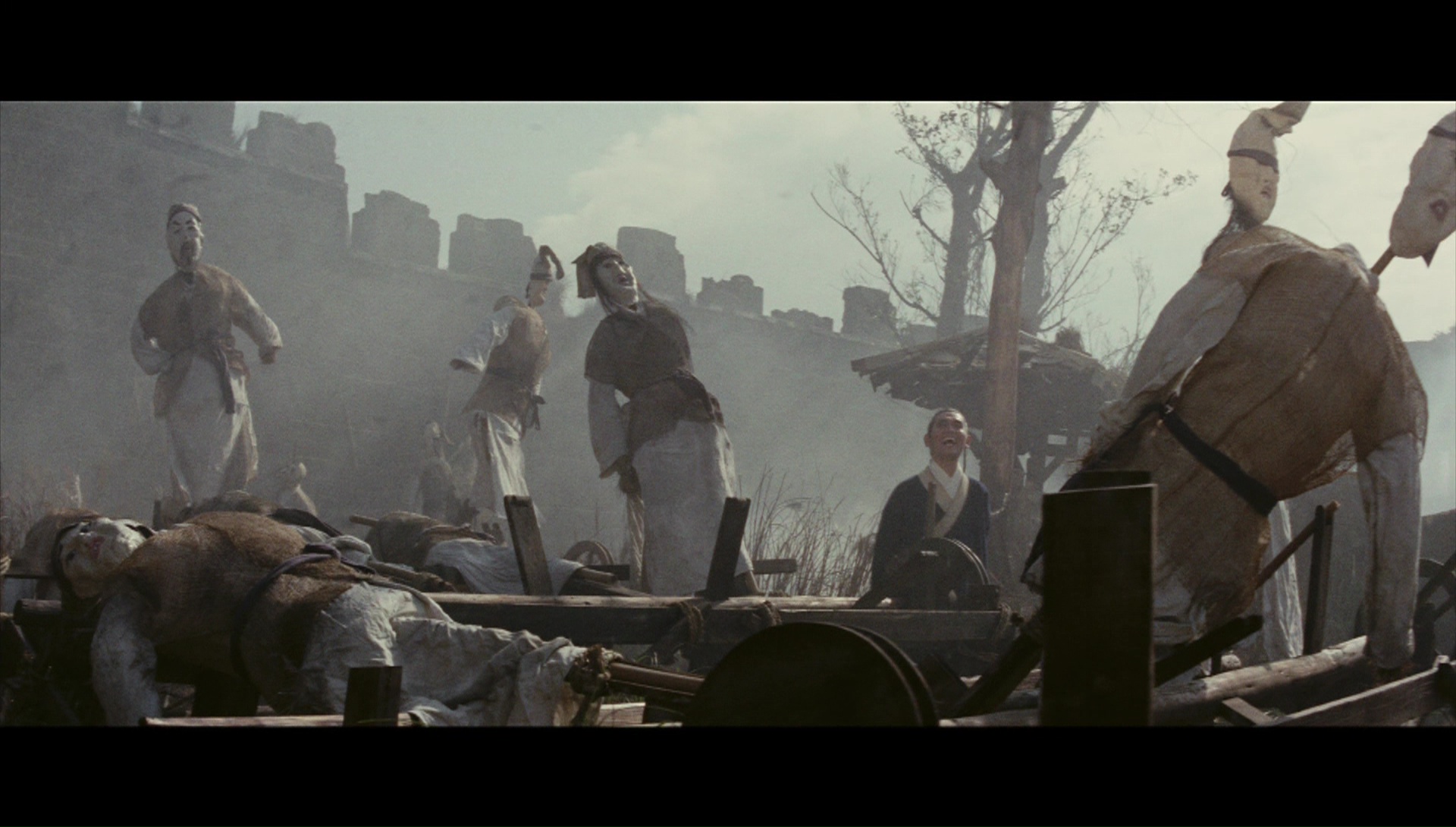 A mighty challenge to projectionists and telecine operators everywhere, A Touch of Zen features lengthy sequences shot in near darkness or heavily stylized sunlight that often turned to mush in less than expert hands. Seen in prime condition, the film's action sequences remain stunning with shafts of light and beautiful natural settings (a bamboo forest, clouds of spores and pollen) creating an elaborate frame for the intricate combat encounters. Viewers and critics have been sifting through the film's imagery and characters for symbolism over the years to decode its presentation of Buddhist beliefs, with the unforgettable closing moments certainly driving home the meaning of the title. Not easily forgotten, it's a cinematic experience worth savoring.

Anyone who suffered through the previous US and UK DVD editions of this film (the Tai Seng one wasn't even anamorphic!) should be stunned by the restoration on the Criterion and Eureka releases, the former offering separate Blu-ray and DVD options and the latter combining them into a dual-format set. The transfer appears to be identical on both, with the deep black levels still revealing color and detail utterly lost before. Shades of gold figure heavily in the color scheme, which becomes literal when one character actually bleeds that color well into the film in a moment of Jodorowsky-esque fantasy. The 180-minute running time reflects the complete 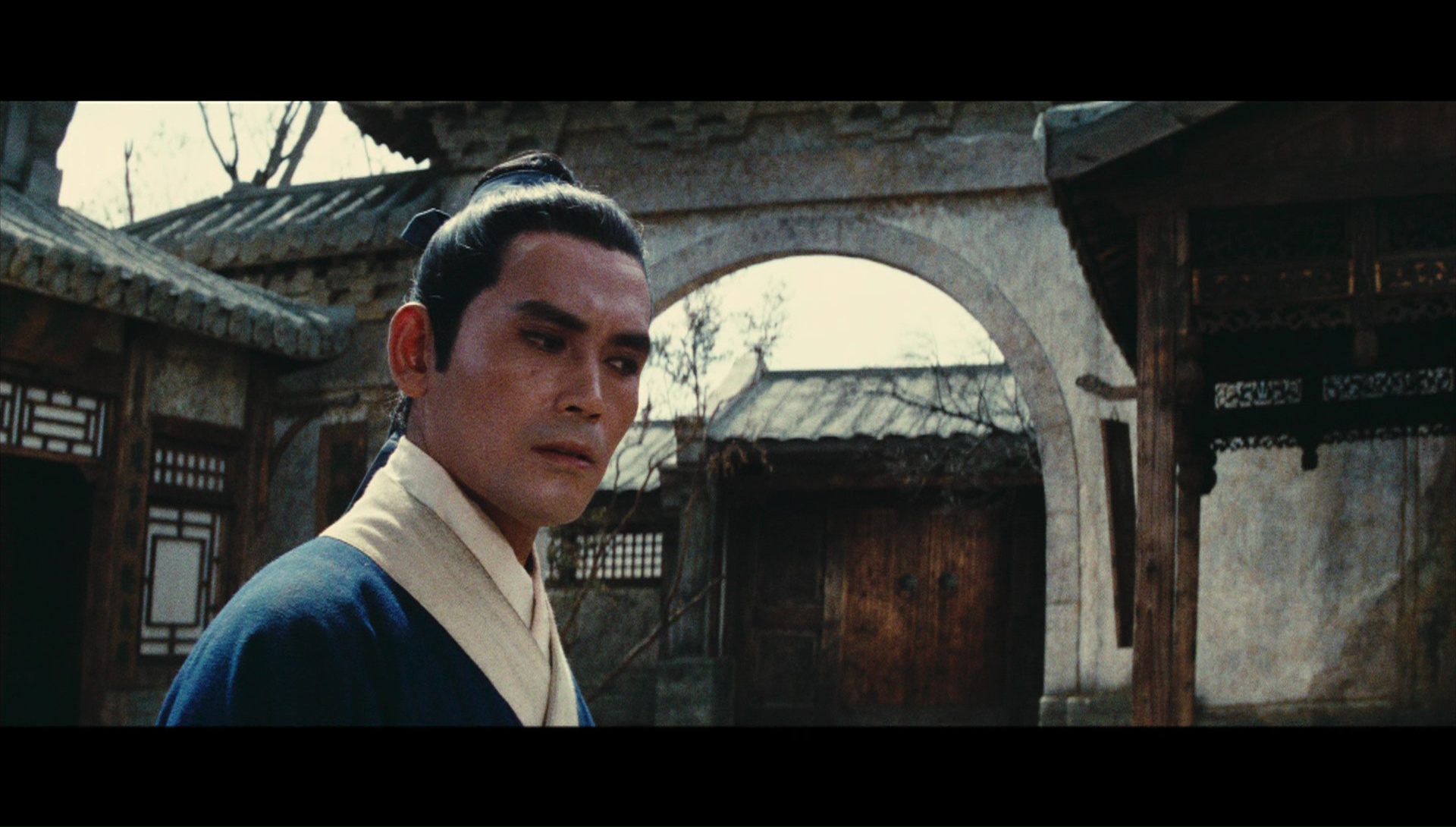 version of the single film, which was also shown in two parts in Taiwan with the battle scene halfway through reprised at the beginning of the second half along with additional credits (which is why premiere sources list it as 200 minutes). So don't worry, there actually isn't anything missing. The Chinese LPCM mono audio sounds fine for what amounts to a fairly sparse track, with optional English subtitles 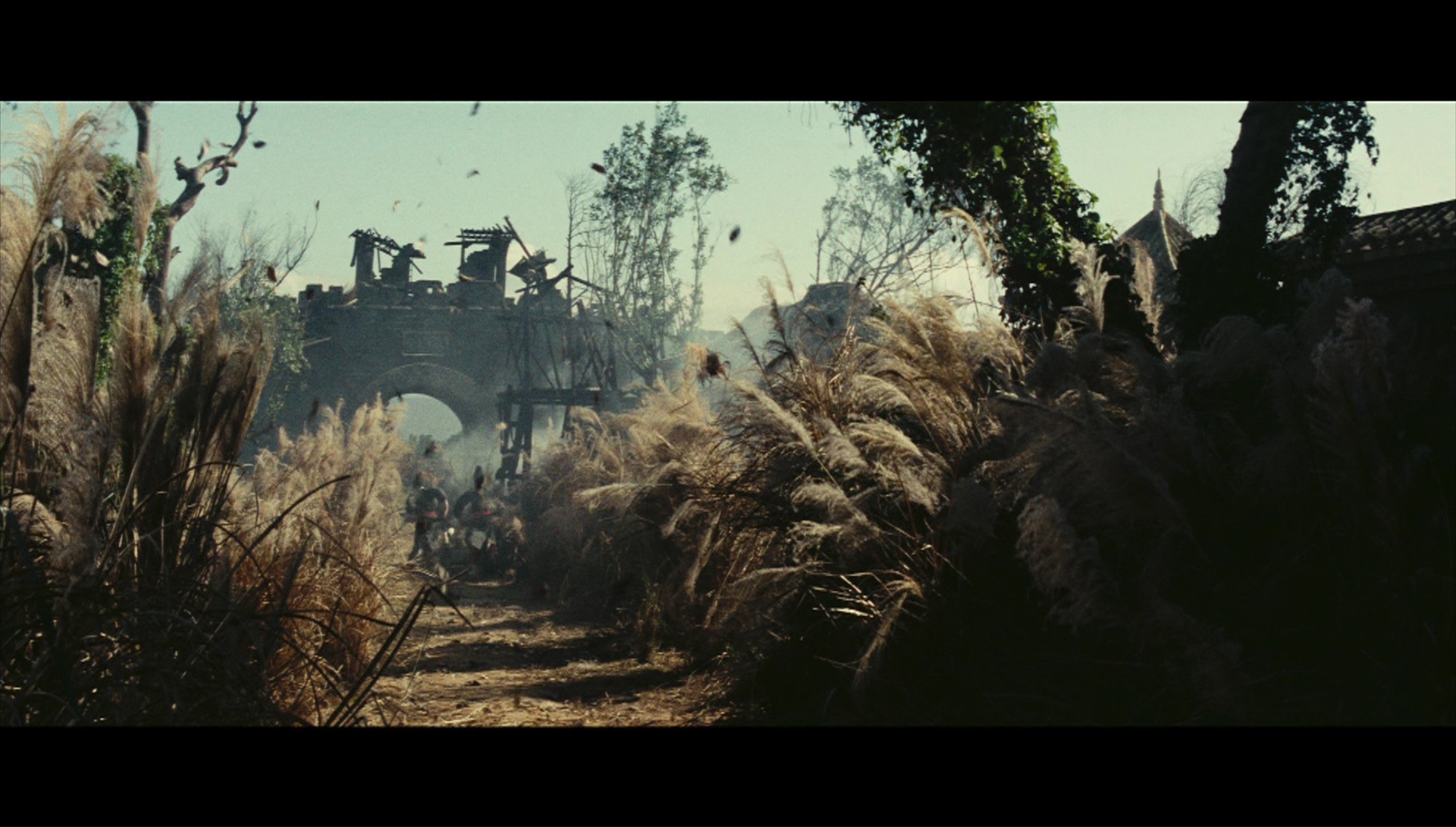 provided. Both releases offer a 47-minute 2012 documentary on director King Hu entitled "King Hu 1932-1997," in SD on the Eureka only on the DVD and HD on the Criterion. Film historian Peggy Chiao, cinematographer Hua Hui-ying, director Yiu-Ming Poon, and actors Shih Shun and Wu Ming-tsai are among the participants covering the actor-director's career, which also includes the masterpieces Dragon Inn and Come Drink with Me, as well as his extensive knowledge of Chinese writing, working class culture, and philosophy. The original trailer is also included.

After that the two editions diverge entirely, as the Eureka includes a select scene commentary by familiar Asian film expert Tony Rayns, a video essay about the film by David Cairns entitled "Golden Blood," and a thick booklet with the director's Cannes statement and a 1975 print interview by Rayns, the original source short story from Strange Stories from a Chinese Studio, and a rundown of the eight "swordswoman" characteristics in his films. On the Criterion you get new interviews with Hsu Feng (13 mins.), Shih Chun (17 mins.), fellow Taiwanese director Ang Lee (13 mins.) whose Crouchisng Tiger, Hidden Dragon was openly influenced by this film, and a 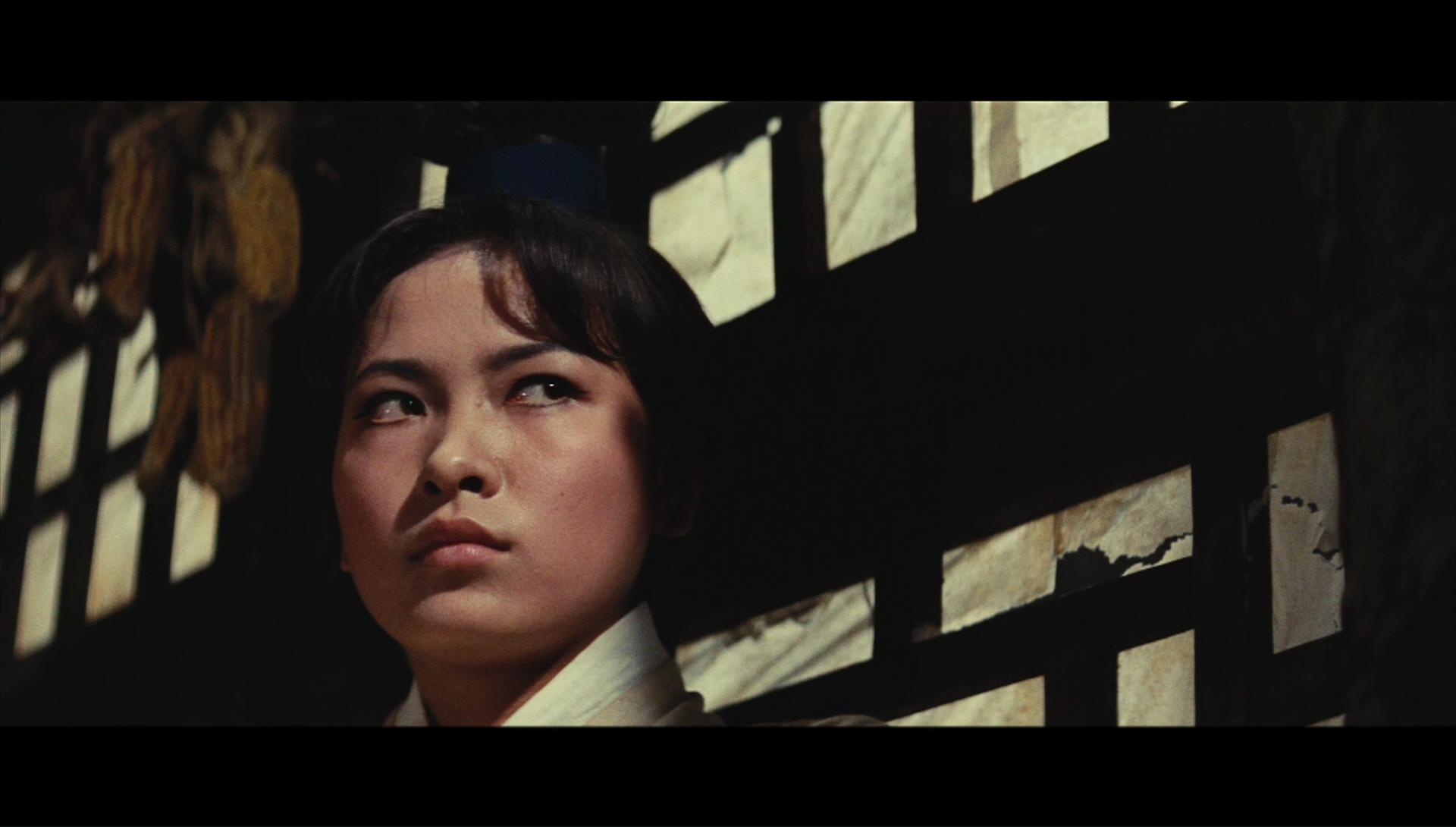 34-minute breakdown of the film by Rayns, plus a liner notes booklet with a new essay by film scholar David Bordwell and the Cannes film notes. The Hsu Feng piece is especially fascinating as she talks about making her debut in Dragon Inn (with most of her part cut from the final version since the director already wanted her to star in the next film) and being cared for by the older actors on the set and working with brilliant martial arts choreographer Han Yinig-jie, who appears in the film as well. She was also the sponsor of the restoration and talks about her pride in bringing it back to the public. All of the interviews delve into the challenging nature of the fight scenes (bouncing on trampolines in the woods doesn't sound easy), the historical Ming Dynasty figures incorporated into the script, and the importance of mood and artistry over plot. Highly recommended.