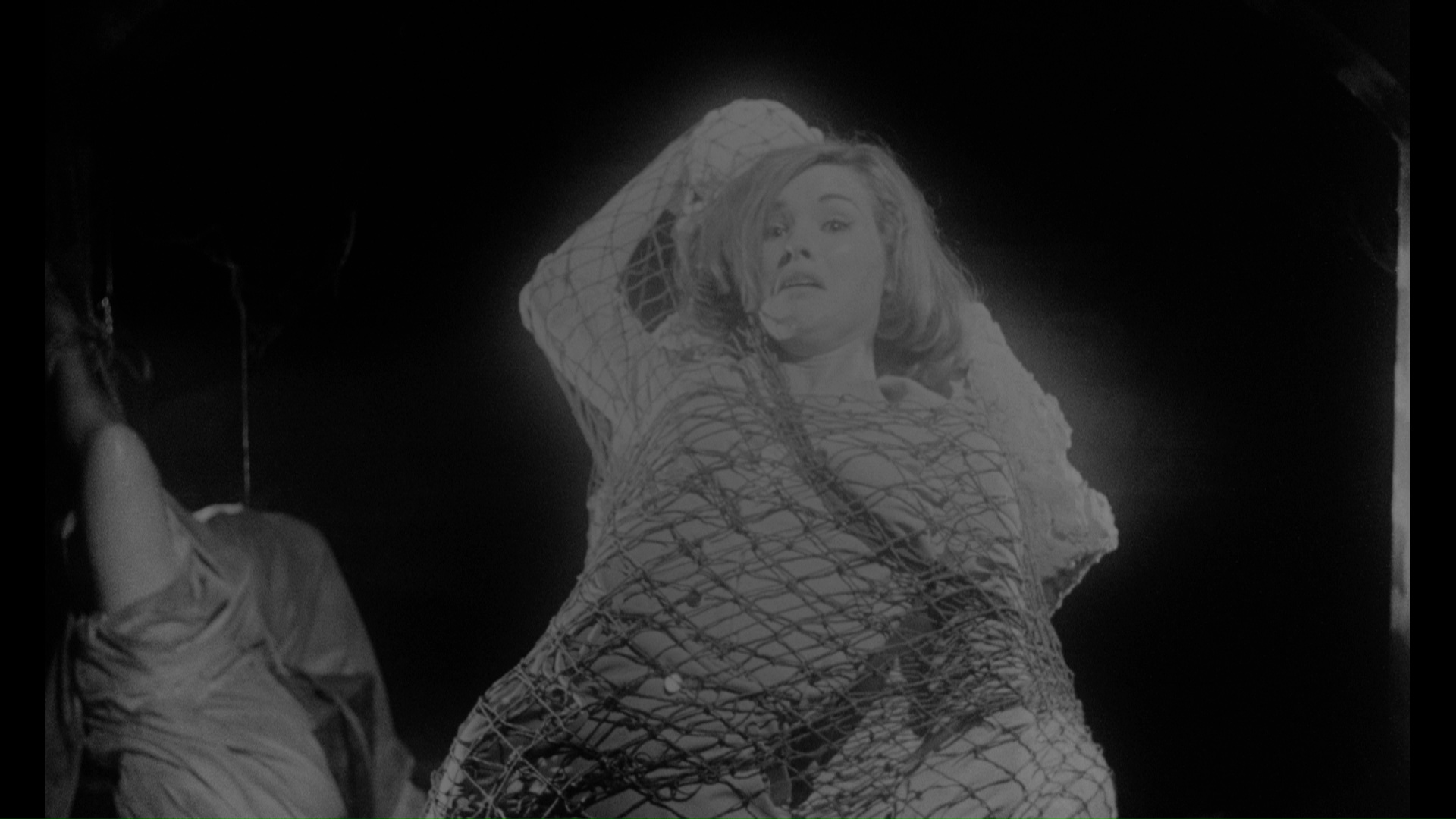 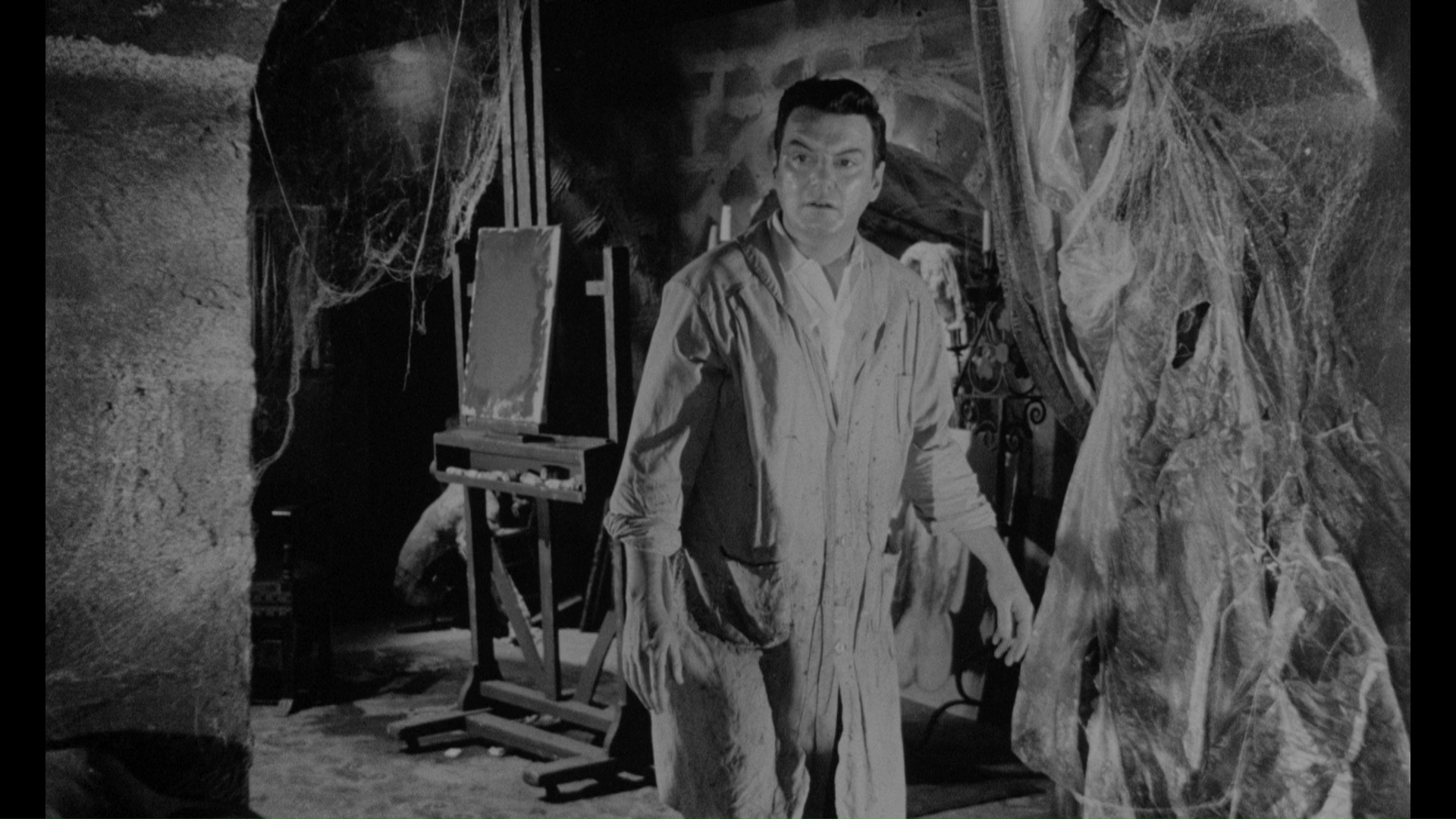 Good luck finding a film with a stranger, more confusing history than 1966’s Blood Bath, an American International Pictures release that opened on a double bill with a far less extreme mutation pulled from other sources, Queen of Blood. This one was credited to two directors, Jack Hill and Stephanie Rothman, which was a novelty at the time; both would go on to become familiar names both through Roger Corman’s New World Pictures and their own exploits elsewhere in the wilds of ‘70s drive-in filmmaking.

What’s especially odd is that there are three other films more or less connected to this one, with footage shared among them despite storylines that veer off in wildly different directions. The maze-like story was first chronicled in depth by Tim Lucas in a three-part article in Video Watchdog entitled “The Trouble with Titian,” which charted how a Yugoslavian crime mystery entitled Operation Titian was splintered apart into different films: Blood Bath, Track of the Vampire, and Portrait in Terror. Roger Corman was a co-producer on the original film but felt it was commercially worthless, so Spider Baby director Jack Hill was brought in to beef it up into a horror thriller about a psychopathic artist. Still feeling the footage wouldn’t cut together smoothly, Corman then brought in Rothman (who would go on to helm the marvelous The Velvet Vampire) who added a new vampire narrative, which became what we know now as Blood Bath

All of this gets sorted out to the most thorough degree imaginable in the 2016 dual-format release from Arrow Video, which presents all four 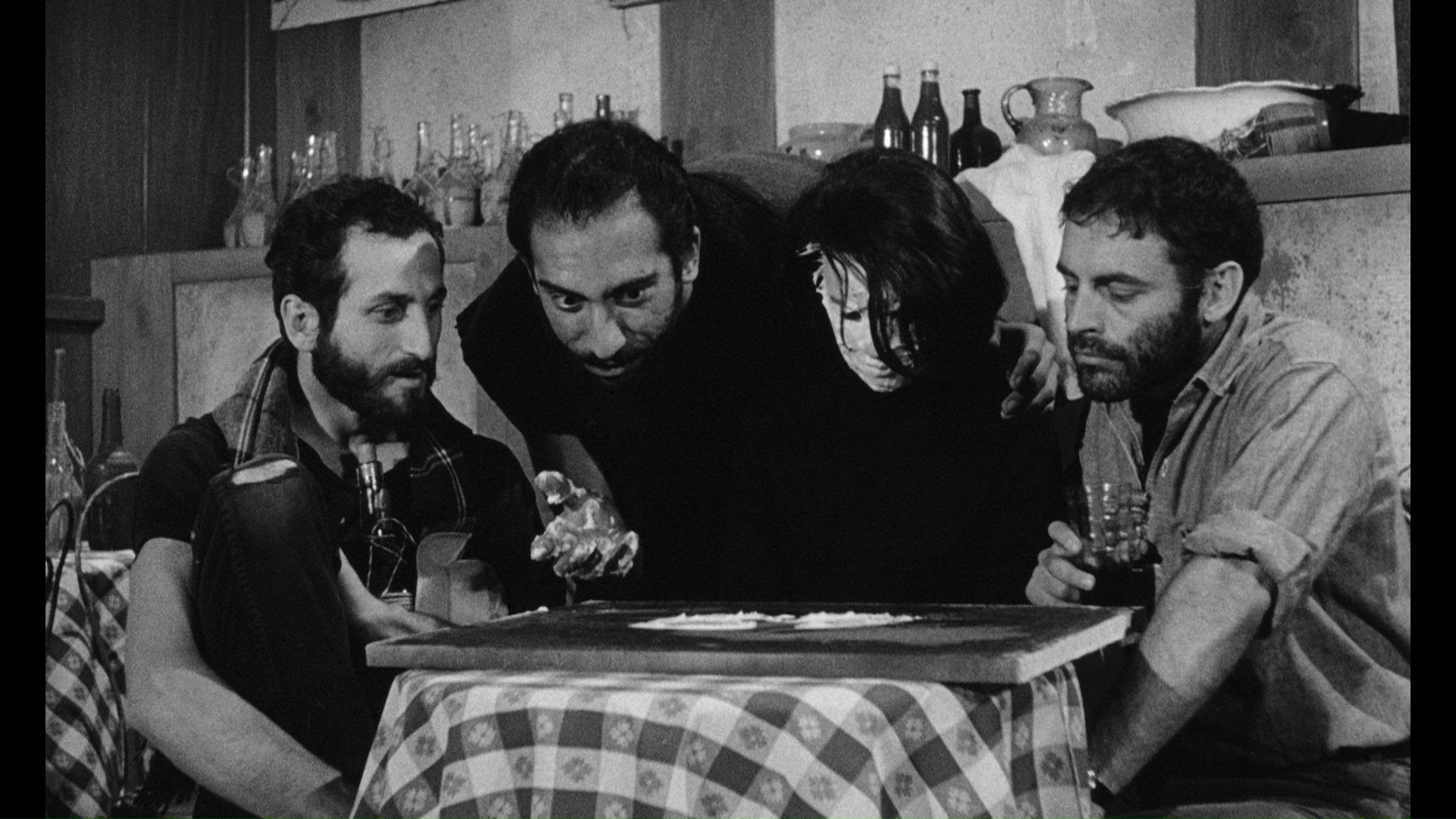 films in the best possible condition with an extensive, eye-opening updated piece by Lucas expanding on his original study to encompass many details uncovered since. Technically the film that gives the set its title is the centerpiece, and it’s the first item viewable on the two-disc set. What we have here is the tale of a beatnik community in Venice, California where an artist named Antonio Sordi (Dementia 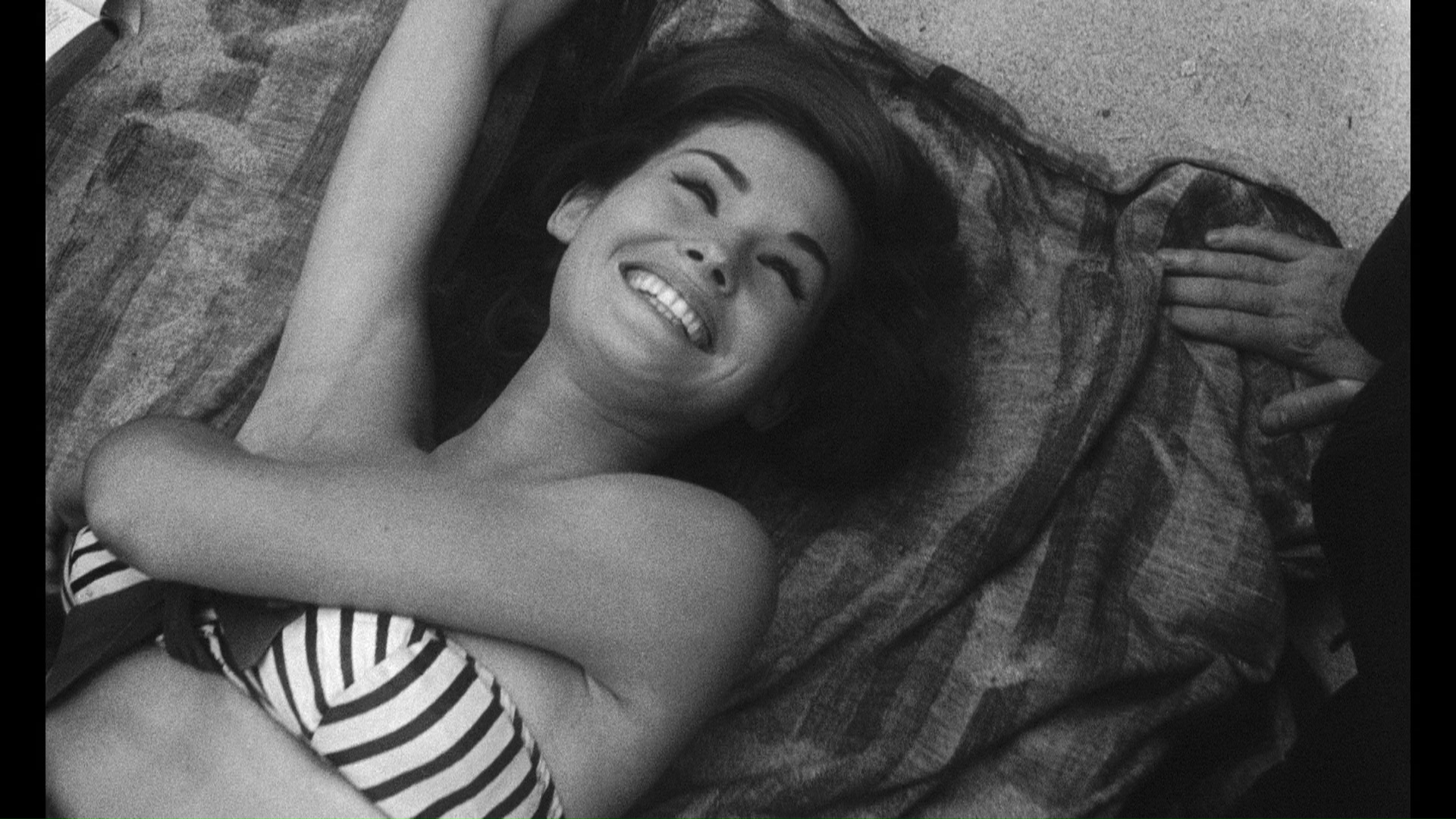 13’s William Campbell) sweet talks a girl named Daisy (Mathes) into modeling at his nearby studio after she admires some of his paintings in a gallery. Unfortunately it turns out to be a very bloody posing session when he turns into a vampire and hacks her to death with a cleaver, then dumps her body into melted wax. The process continues with other women in the area, but Daisy’s estranged boyfriend Max (Schanzer) starts searching for her and enlists the aid of her sister, Donna (Knight), who also runs afoul of the vampiric artiste who harbors a dark, supernatural secret from his past and now has his sights set on another innocent, Dorian (Petticoat Junction’s Saunders), whom he believes to be the reincarnation of a lost love.

Lifting plot points and images straight out of Psycho and Corman’s own A Bucket of Blood, this is an often baffling but fascinating film with major characters and locations seeming to shift at will. The scenes that work really, really pack a punch, particularly the first murder and the lively climax that would later be imitated well into the 1980s with several familiar genre favorites. Due to its brief running time (62 mins.), the AIP release was later padded out by over ten minutes for TV sales and released as Track of the Vampire (79 mins.), the most commonly seen version due to its wide availability on public domain video releases. All of Blood Bath is included here but it’s extended considerably with a new early pursuit sequence involving Campbell’s vampire stand-in on the beach, a laughably long interpretive dance sequence, and some scenes scraped back up from the cutting room floor from Operation Titian. Almost all of the opening half hour is new filler, which puts this up there with Pigs as one of the most inscrutable expansions of a horror movie around. 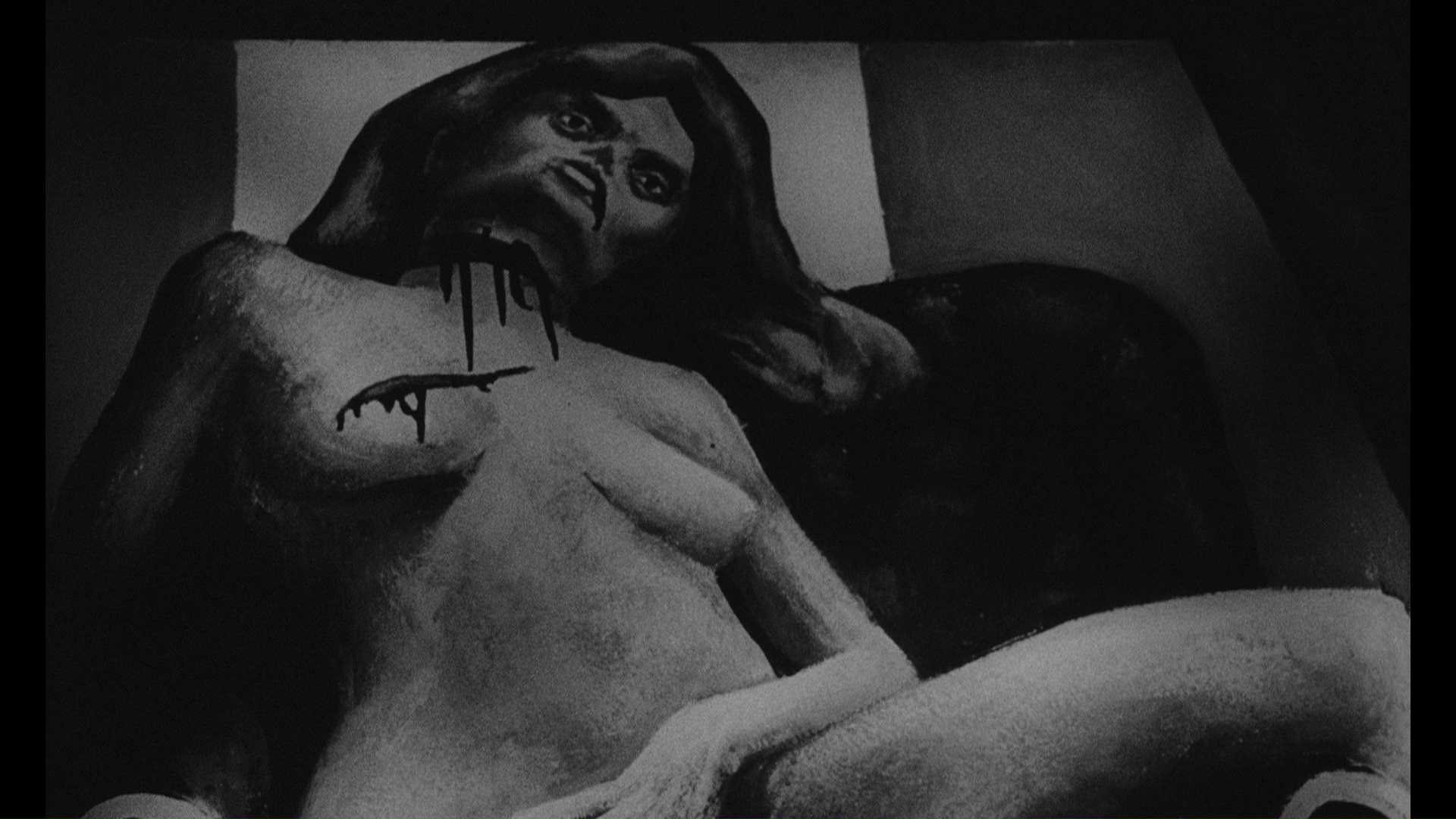 So, what is Operation Titian exactly? That film directed by Rados Novakovic has never had an American or UK commercial release of any kind until now (though it did hit DVD in Serbia and Montenegro -- thanks to reader Vaso Djogovic for the info), but it was repurposed by Corman and company for TV sales as well under the title Portrait in Terror. Both are included here, with the original film reconstructed using HD scans of what remains in the other three cuts and SD inserts from some exclusive footage unavailable elsewhere. Here Patrick Magee is actually the main star, while Campbell also stars as a painter who is neither a psychopath nor a vampire. The talky and convoluted story set in Dubrovnik charts a web of intrigue involving a locked room murder, art forgery, and a stolen Titian, all scored with a bouncy jazz score. Francis Ford Coppola was apparently brought in to supervise the production 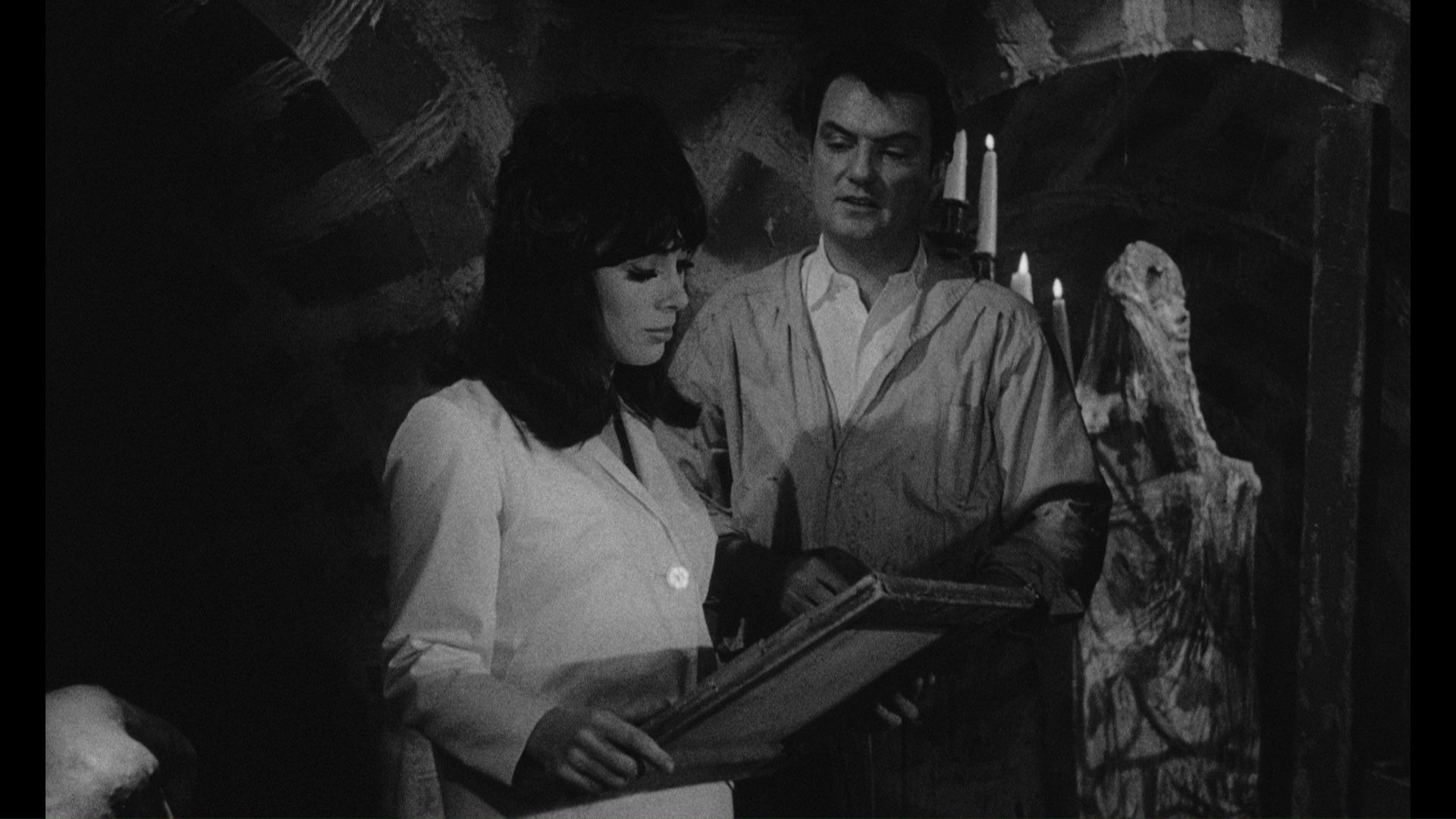 in Serbia, but apparently it didn’t work out as planned when the finished product didn’t have anything overtly horrific. It’s quite interesting though, particularly in the original Operation Titian cut (running a whopping 95 mins.!) complete with a great opening stalking scene reminiscent of the Edgar Wallace thrillers of the period. It’s strange and satisfying to finally see all of the footage between Campbell and Magee in its original context without the strange dubbing that altered their dialogue entirely in the later versions, though the plot itself is such a tangled mess you can see why Corman was irate upon seeing it for the first time. The Portrait in Terror cut shoves that atmospheric opening later in the film and blows a major part of the mystery early on, also subbing in new, unconvincing California footage to depict a key murder scene.

The first legit home video release of Blood Bath came in 2011 courtesy of an MOD DVD from MGM, making sense of its original theatrical incarnation and presenting it in a solid 1.85:1 anamorphic transfer. The Arrow release goes even better with fresh HD scans of all four films, looking as good as possible given the nature of the productions. 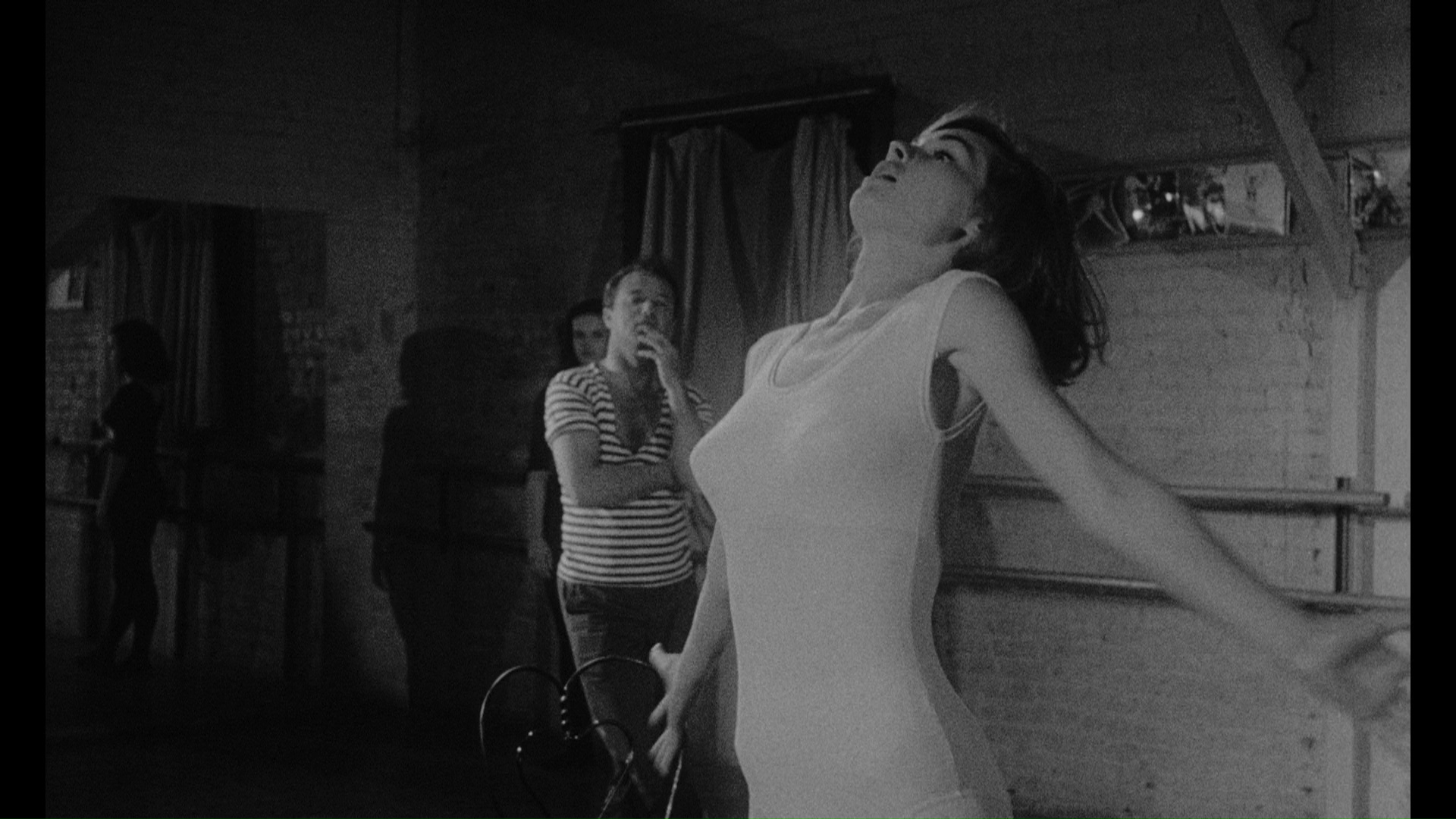 Everything but Operation Titian is a new 2K scan with pleasing results and nary a scratch or scuff to be found, which should make fans very happy. Optional English subtitles are included for all of the films, which are presented in DTS-HD MA mono.

As mentioned above, the major extra here is Tim Lucas's updated video look at the films' history, and amusingly, it runs longer than several of them! Clocking in at 81 minutes, this is a very thorough and often remarkable piece of film scholarship as well as a vital chapter in the history of Corman's career. He covers everything from his own first exposure to the film's connections (via Cincinnati TV screenings of the three films) through the various interviews with the participants that formed the backbone of his article. One particular highlight is a verbal reconstruction of the plot flow of Hill's version of Blood Bath, which has never seen the light of day and is likely gone forever. A new 4-minute interview with Sid Haig (who appears in the Jack Hill footage) focuses on some of the nifty, cost-efficient techniques to create the special effects, the transition over to Rothman, the reason his facial hair changes over the course of the film, and the cold shooting conditions. An archival 3-minute interview with Hill also offers his take on the experience with another one of "those crazy Roger Corman things," essentially summing up how he came on to build a usable film out of the Yugoslavian production. A stills gallery features some fun theatrical press kit and TV sales material and behind the scenes shots, too. Weirdly the theatrical trailer isn’t included, but you can see it over at Trailers from Hell with Hill voiceover. The limited edition package comes with the usual reversible cover art options (the AIP poster or original and new artwork by Dan Mumford) as well as a liner notes booklet with essays by Anthony Nield, Vic Pratt, Cullen Gallagher and Peter Beckman.