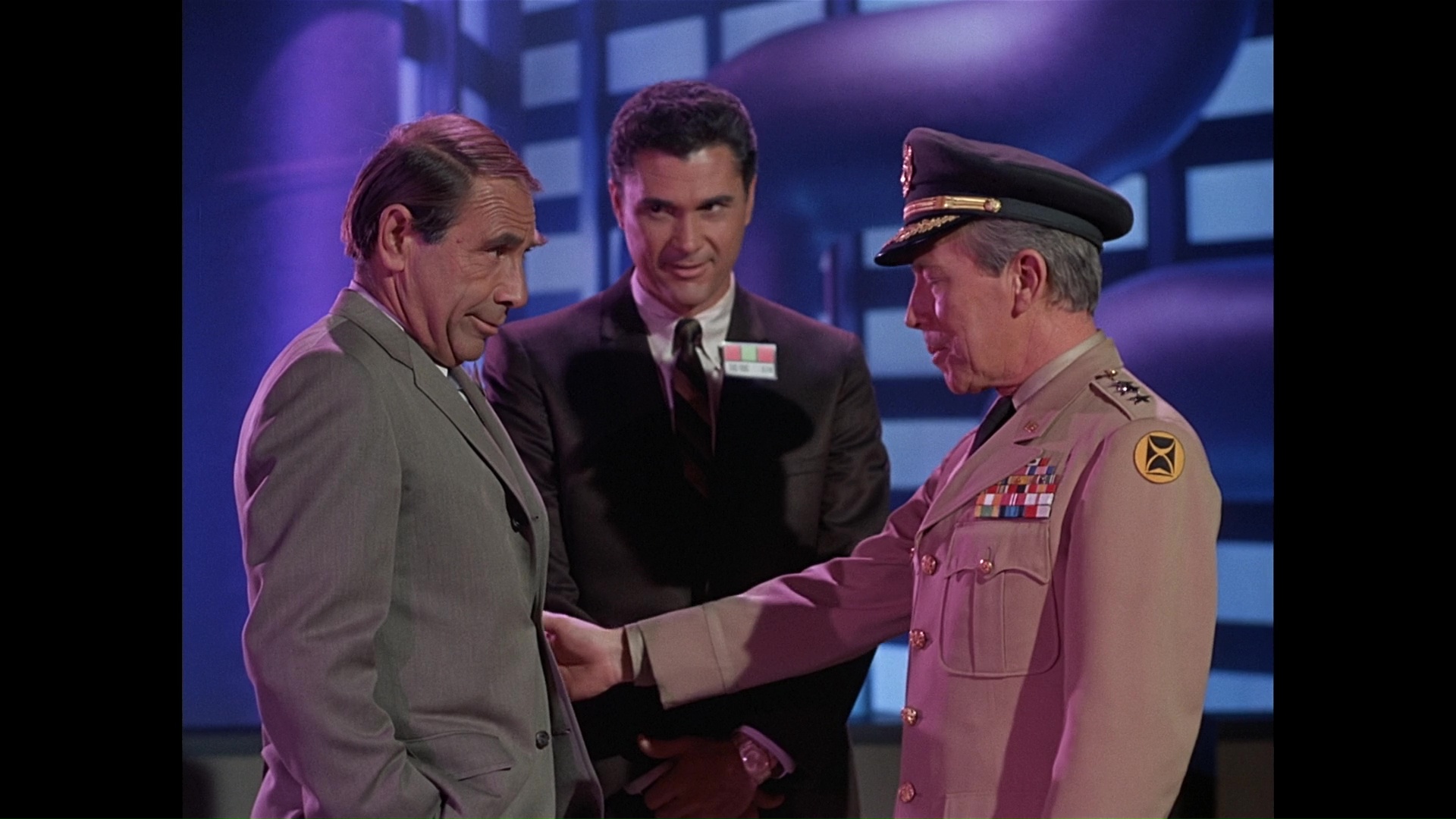 name you couldn't escape on the 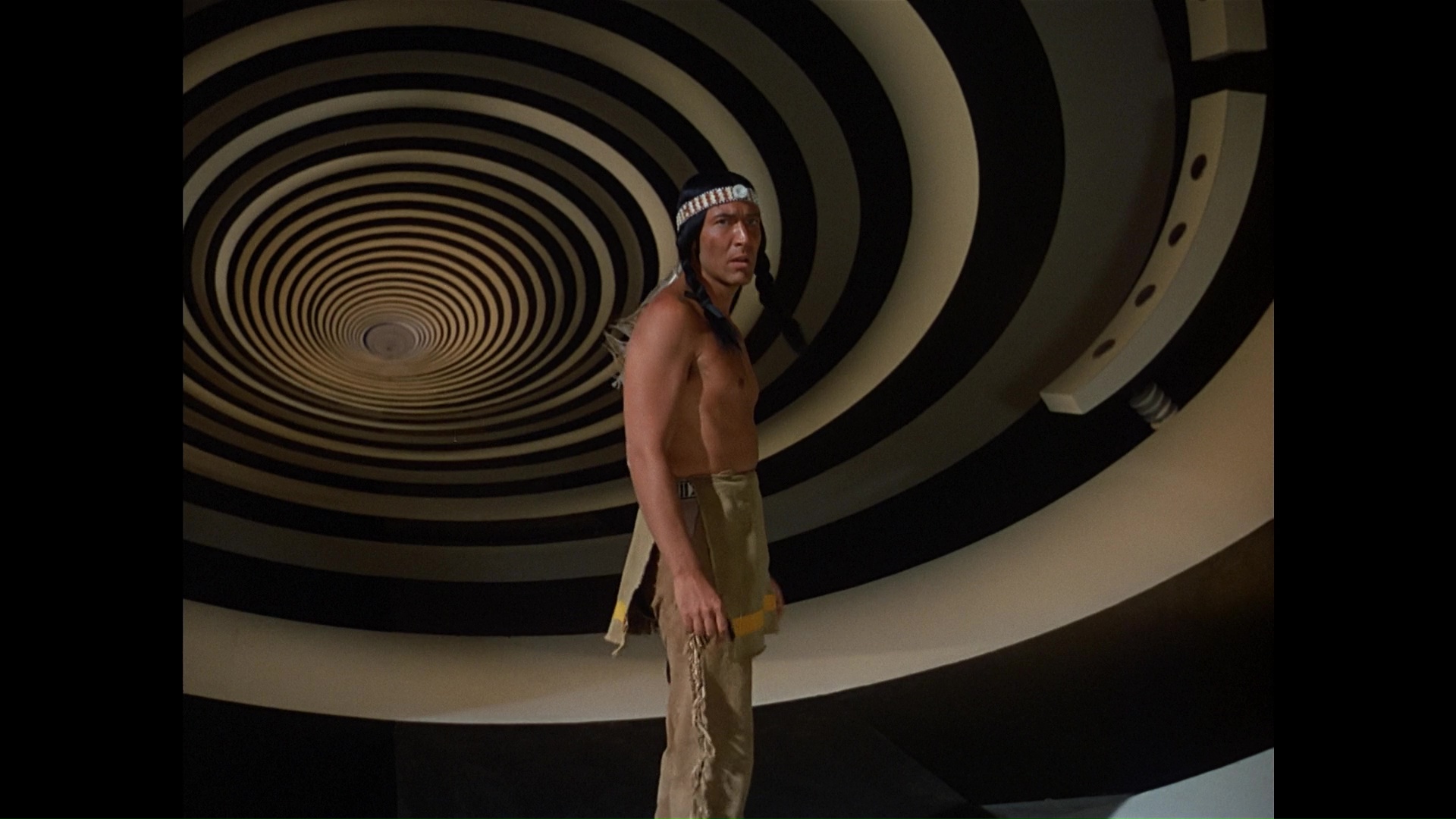 big or small screens in the 1960s and '70s, Irwin Allen built his brand as a reliable source for colorful, eye-filled adventures that climaxed in his string of major disaster films like The Poseidon Adventure and The Towering Inferno. His TV series are no less impressive with favorites like Lost in Space, Voyage to the Bottom of the Sea, and Land of the Giants making a profound impact on '60s kids and remaining fan favorites to the present day. Though it only ran for one 30-episode season, The Time Tunnel was launched in 1966 as both Lost and Voyage were riding high in the ratings and became a fast favorite with its can't-miss formula, a weekly "boys' adventure" variation with two heroes propelled from one random time in history to the next. The show was promoted with a slew of merchandise including tie-in novels and comic books, but due to a catastrophically dumb decision by one network executive, it was dropped before a second season could go into production. Nevertheless the show continued stuck in the public consciousness, with multiple episodes cut into five feature films for TV in the '80s and multiple remake attempts made in more recent years.

In 1968 in a sprawling metallic research facility in Arizona, "America's greatest and most secret project" has been underway for a decade: the time tunnel, a portal to the past and future created by a scientific team 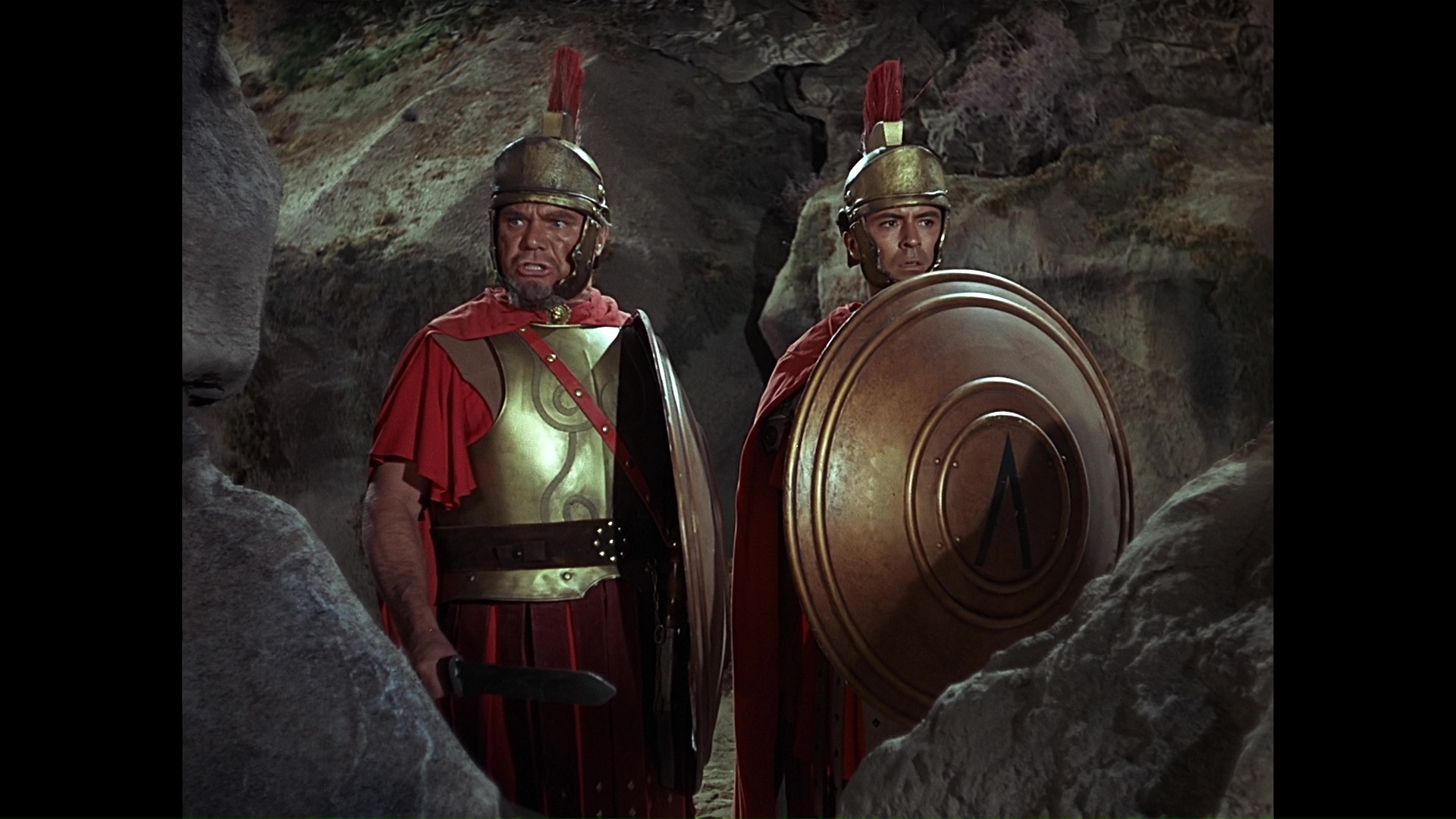 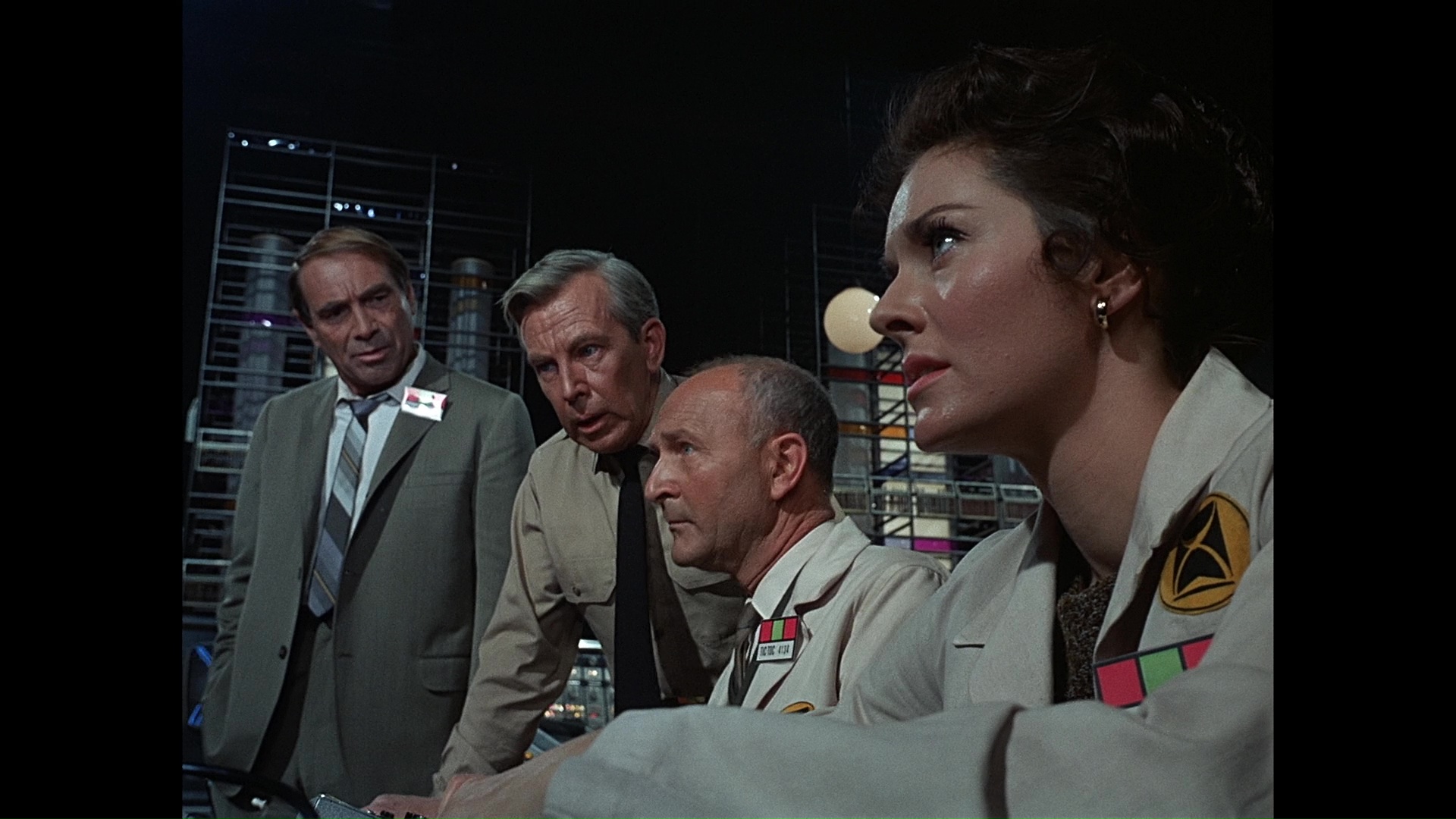 Lt. General Kirk (Bissell). However, the extreme cost spurs a visit from Senator Clark (Gary Merrill) who demands they demonstrate the tunnel on a live person or lose all of their funding. Disregarding orders, volunteer Tony barges into the tunnel and is promptly catapulted onto the Titanic less than a day before its tragic collision with an iceberg. When Tony ends up being held captive below deck and manages to send his location back to the team, Doug enters the tunnel as well -- and soon they're off on a string of history-hopping escapades "somewhere along the infinite corridors of time" through the Napoleonic Wars, Custer's Last Stand, the eruption of Krakatoa, and the assassination of Abraham Lincoln, as well as detours into the supernatural with the likes of Merlin the Magician and a town overtaken by aliens.

More than any other Allen show, The Time Tunnel is designed from the outset to exploit the possibilities of color television, a new development the prior year that was proving to be a major selling point. The visuals here are vivid and very flamboyant in their use of both primary and secondary colors in every scene, be it washes of blue and purple lighting or color-coordinated costumes that rival the vibrancy of real Technicolor. Science fiction shows were proving to be particularly adept at 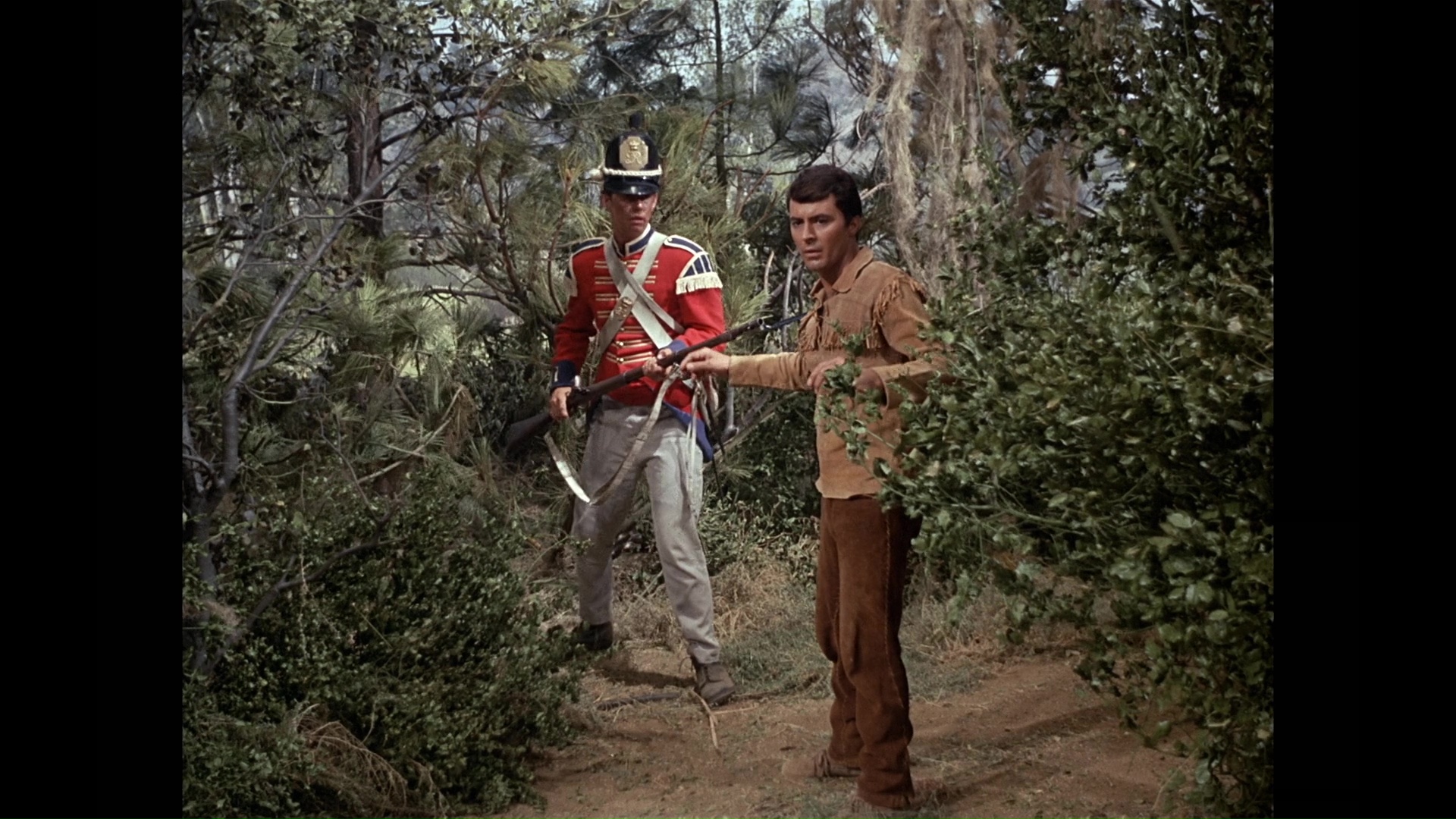 maximizing the possibilities of color as seen in Star Trek (also launched in '66) and the most surreal extremes found in The Prisoner two years later, and this one 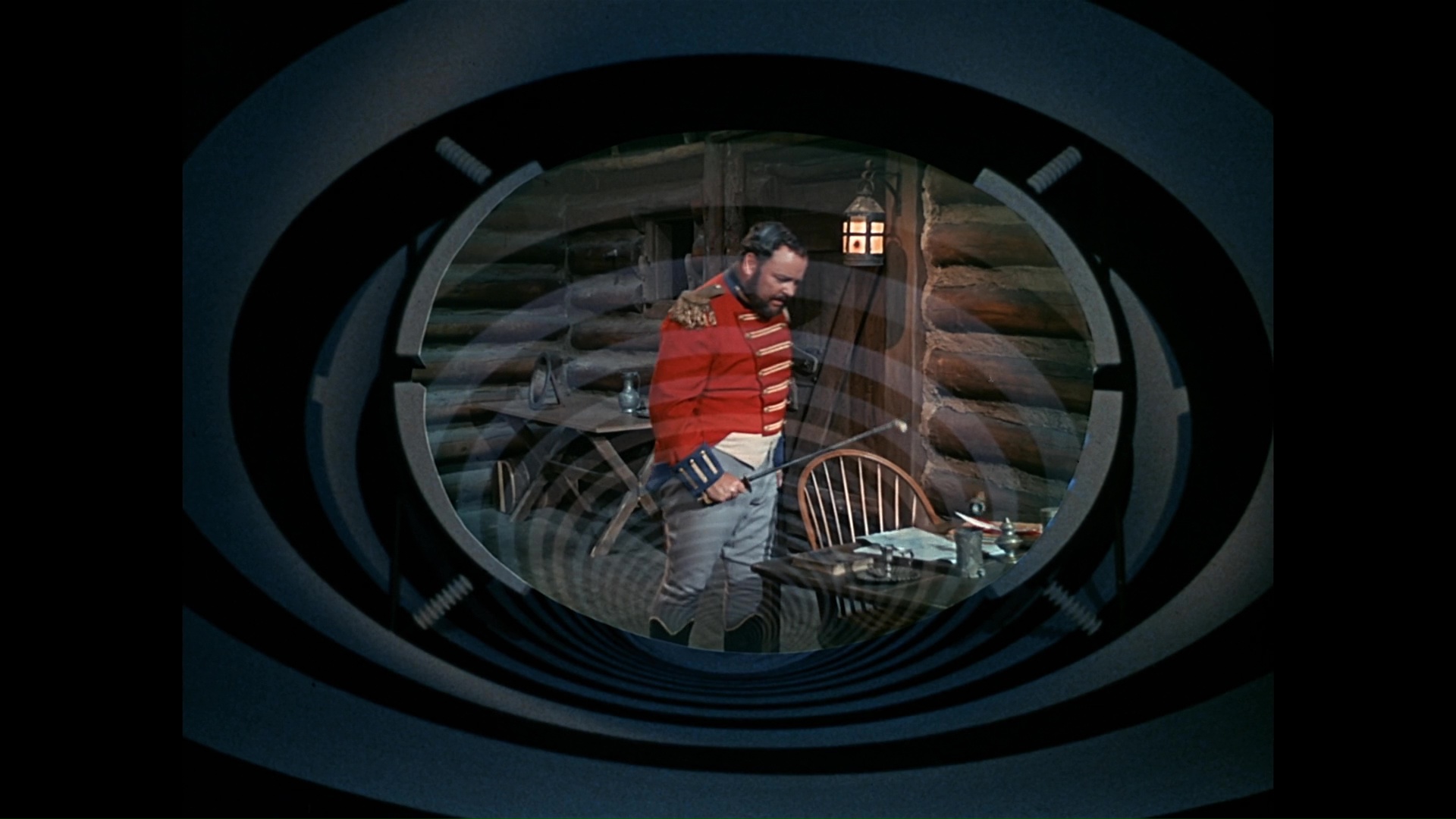 matches them with even the time tunnel itself designed to sparkle from even the smallest cathode ray tube. Darren and Colbert obviously get to have most of the fun here with the rest of the cast mostly stuck in a room watching them from afar, though the show does manage to propel a few random characters back through the tunnel to give the secondary actors a bit more business here and there. The show also touches on current events and current anxieties, such as the second episode in which the heroes find themselves on a test rocket at Cape Canaveral and fearing it could be one of the failed missions that blows up in the sky. In fact, it's tempting to read the show overall as an allegory for the space race going on at the time, with many politicians and public polls decrying NASA as a wasteful expenditure trying to keep up with the Soviets for no clear purpose. Of course, we all know how that turned out a couple of years later. Like any good '60s show, it's also great for guest star watching with a slew of actors like Michael Rennie, Susan Hampshire, Carroll O'Connor (in a fun dual role), Ellen Burstyn, Mako, Robert Duvall and John Hoyt popping up for one-shot appearances.

The first home video edition of The Time Tunnel arrived from Fox in 2006 as two separate sets, splitting the 30 episodes even between them. Copious extras were included such as the extended (53-minute) version of the pilot episode, an unaired 2002 TV pilot (with a significantly more 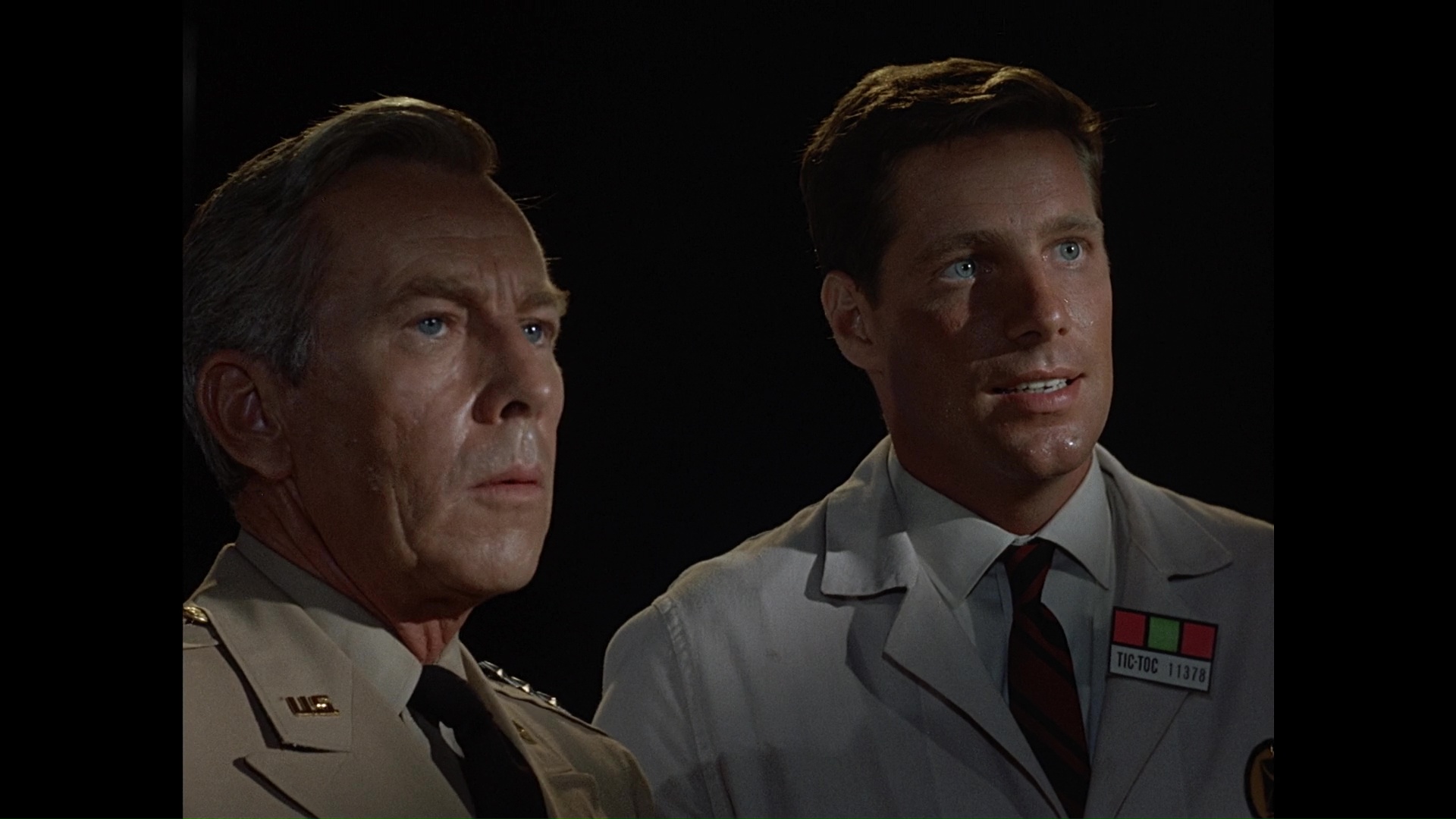 serious and less colorful approach), the Time Travelers TV movie that inspired the 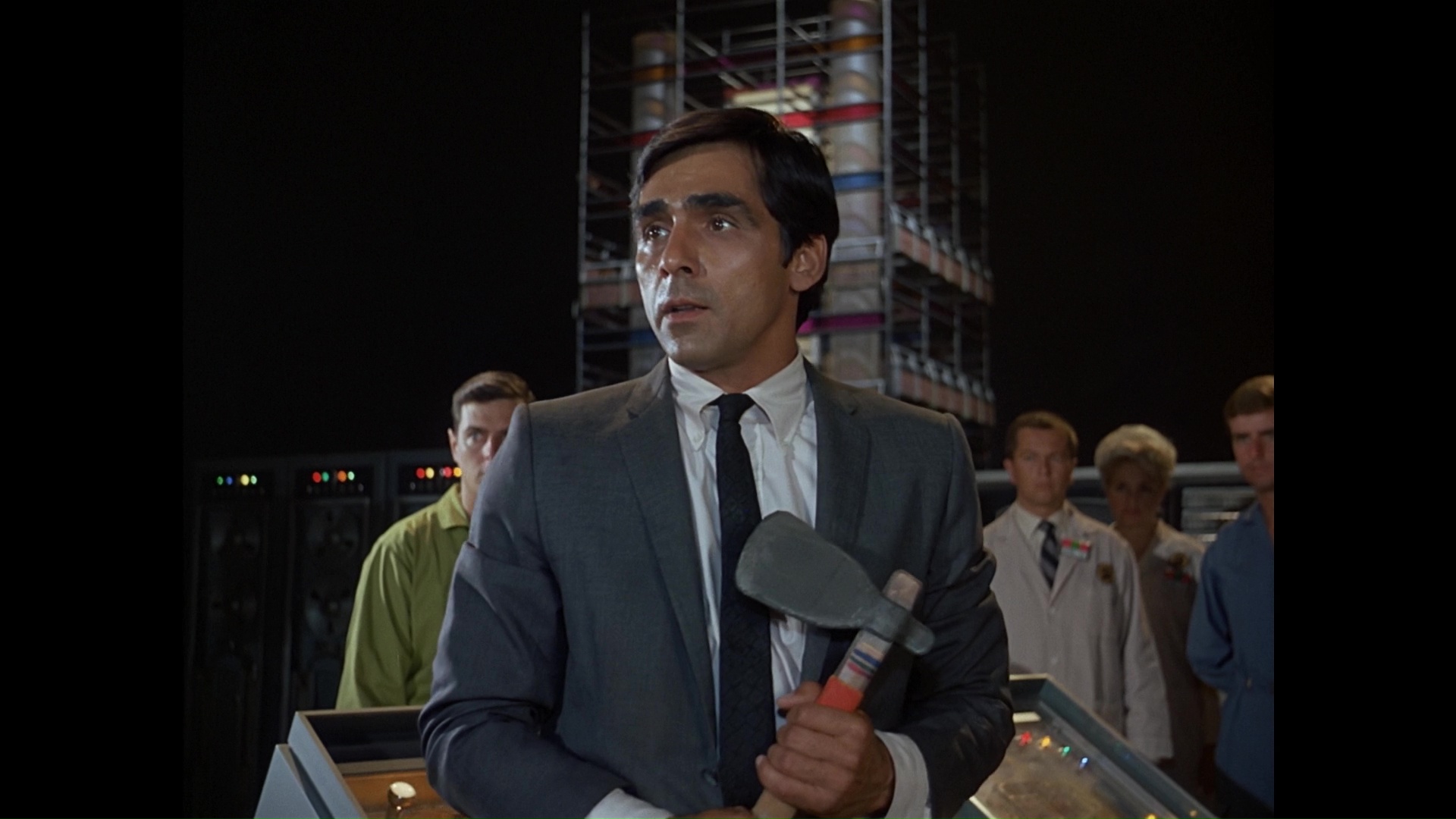 series, a "coming up" montage, Allen's home movies, visual effects camera tests, still galleries, cast interviews, and U.S. broadcast information. In the U.K., Revelation Films carried over that edition to DVD with all of the extras intact in 2011, with Madman in Australia following suit in 2014. It took a long time for the show to hit Blu-ray after years of announcements and cancellations in the U.K., with the complete series finally turning up in 2018 from Revelation -- and it was definitely worth the wait. Only the first two discs of the seven on hand were provided for review, but the new HD masters look insane with often giddy levels of color saturation where appropriate and much more detail than the older SD masters. Of course, the increasing reliance on Fox-sourced stock footage still results in some variable shots here and there, but everything shot native to the film looks pristine. Also, the tags at the end of (almost) every episode have been restored back where they belong as opposed to the edited earlier U.K. DVD box. The region-free set features the original lossless mono tracks, which sound immaculate and are still reference quality for the era (especially when it comes to the delightful score featuring considerable work by a young John Williams). Alternate DTS-HD MA 5.1 mixes are included as well, which might be fun if you want to hear a lot of spread to your other speakers but sound considerably less hefty and satisfying than the original versions. Optional English subtitles are also included, and the extras have all been ported over. 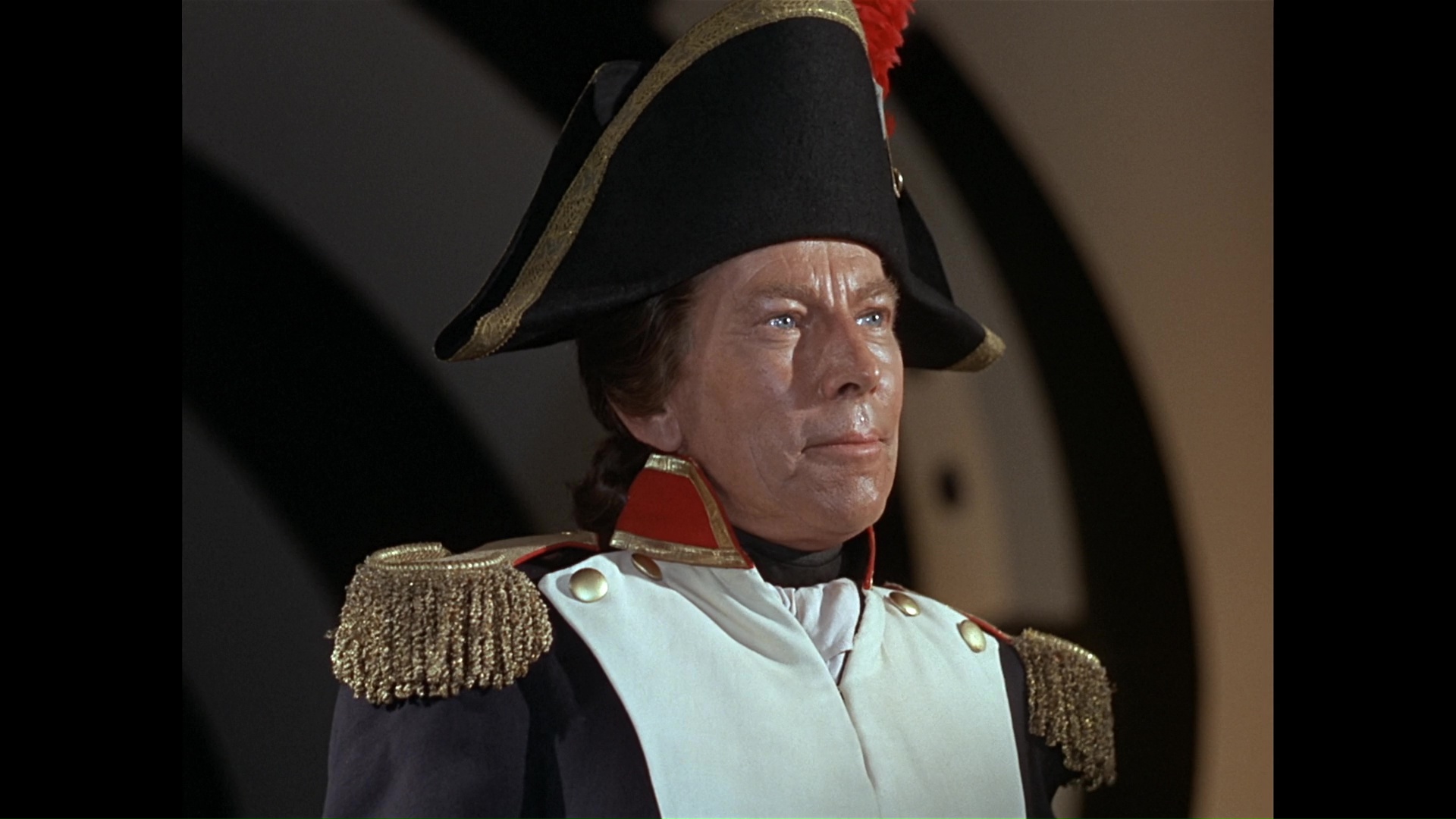 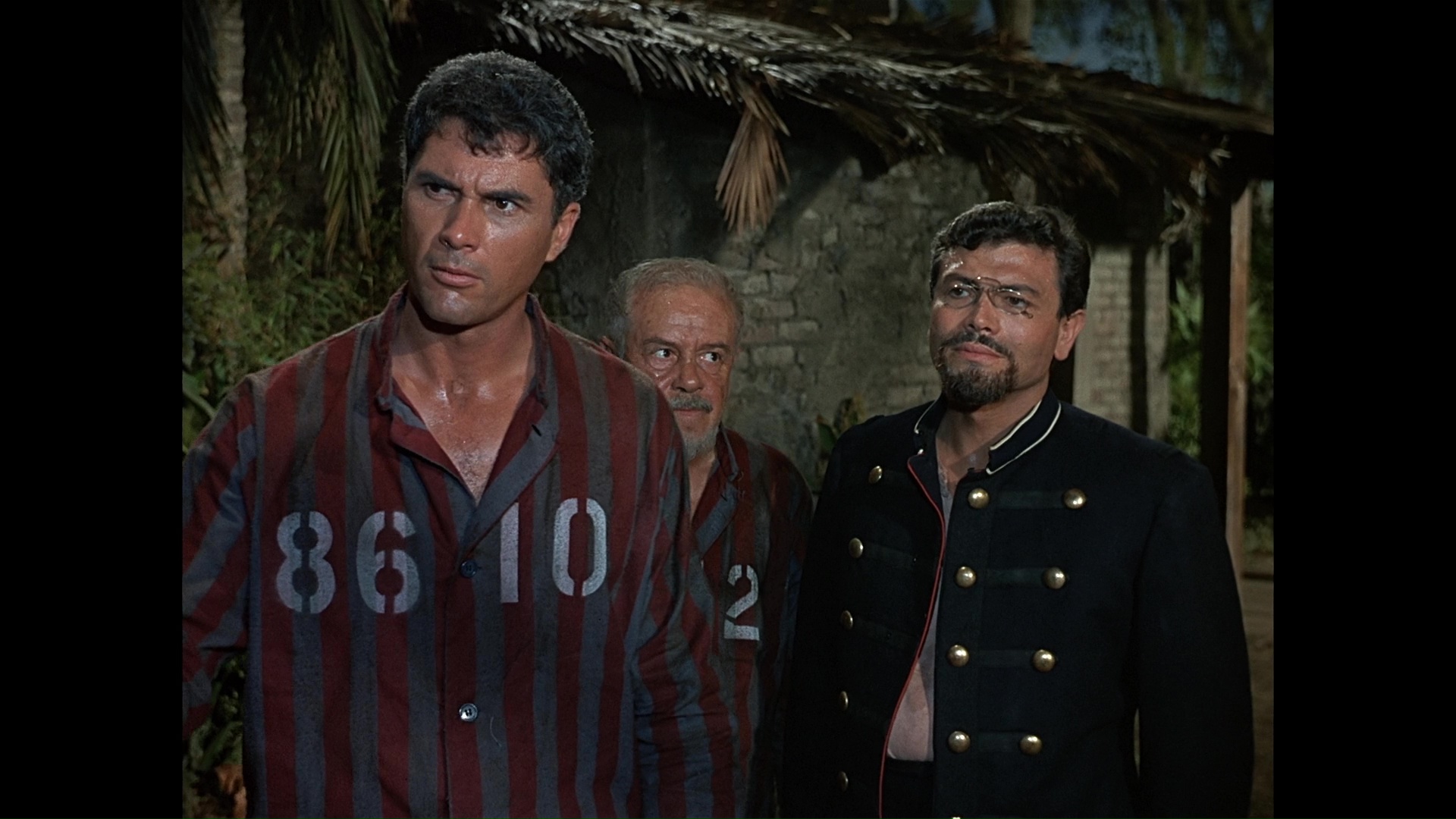 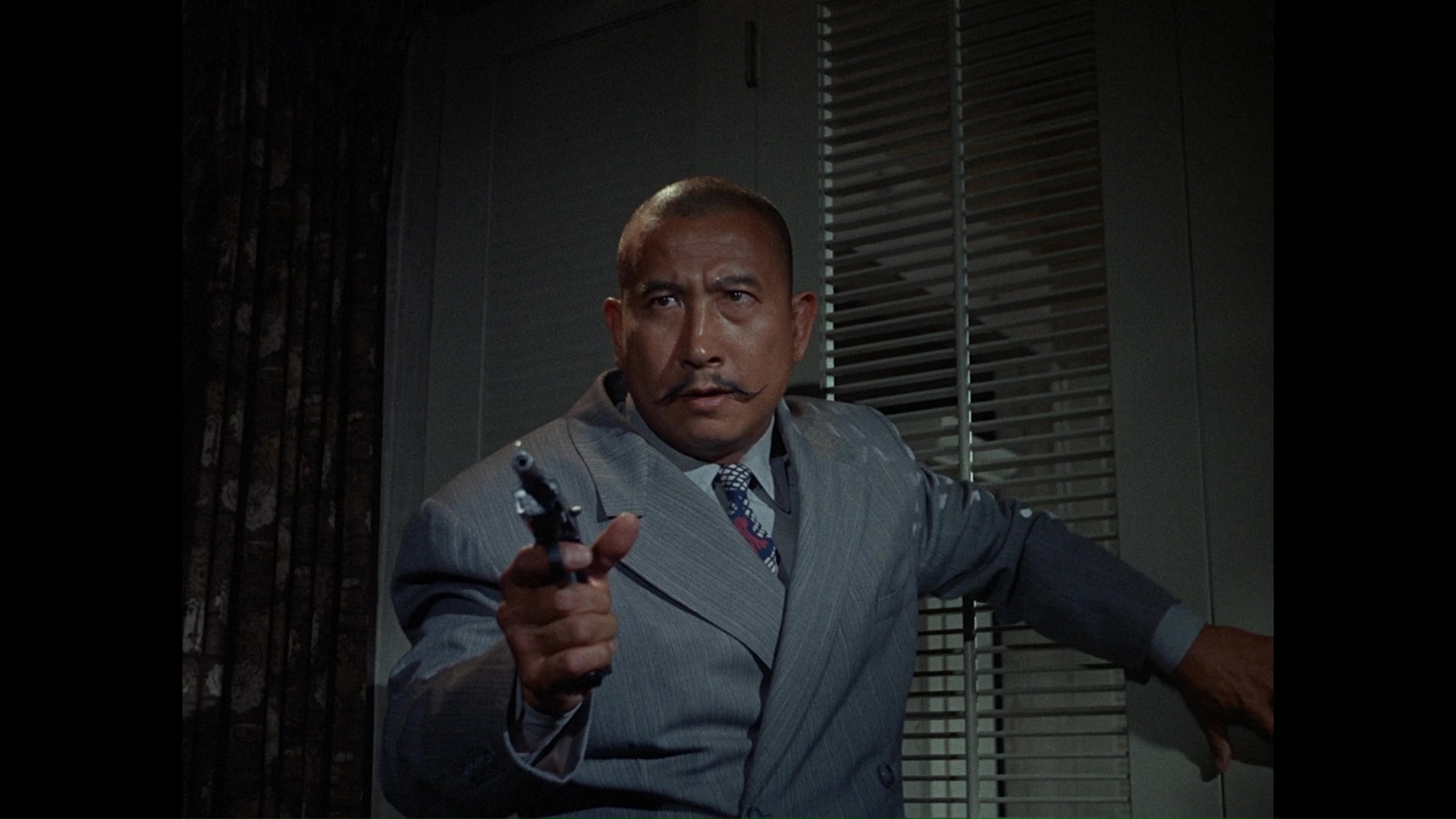 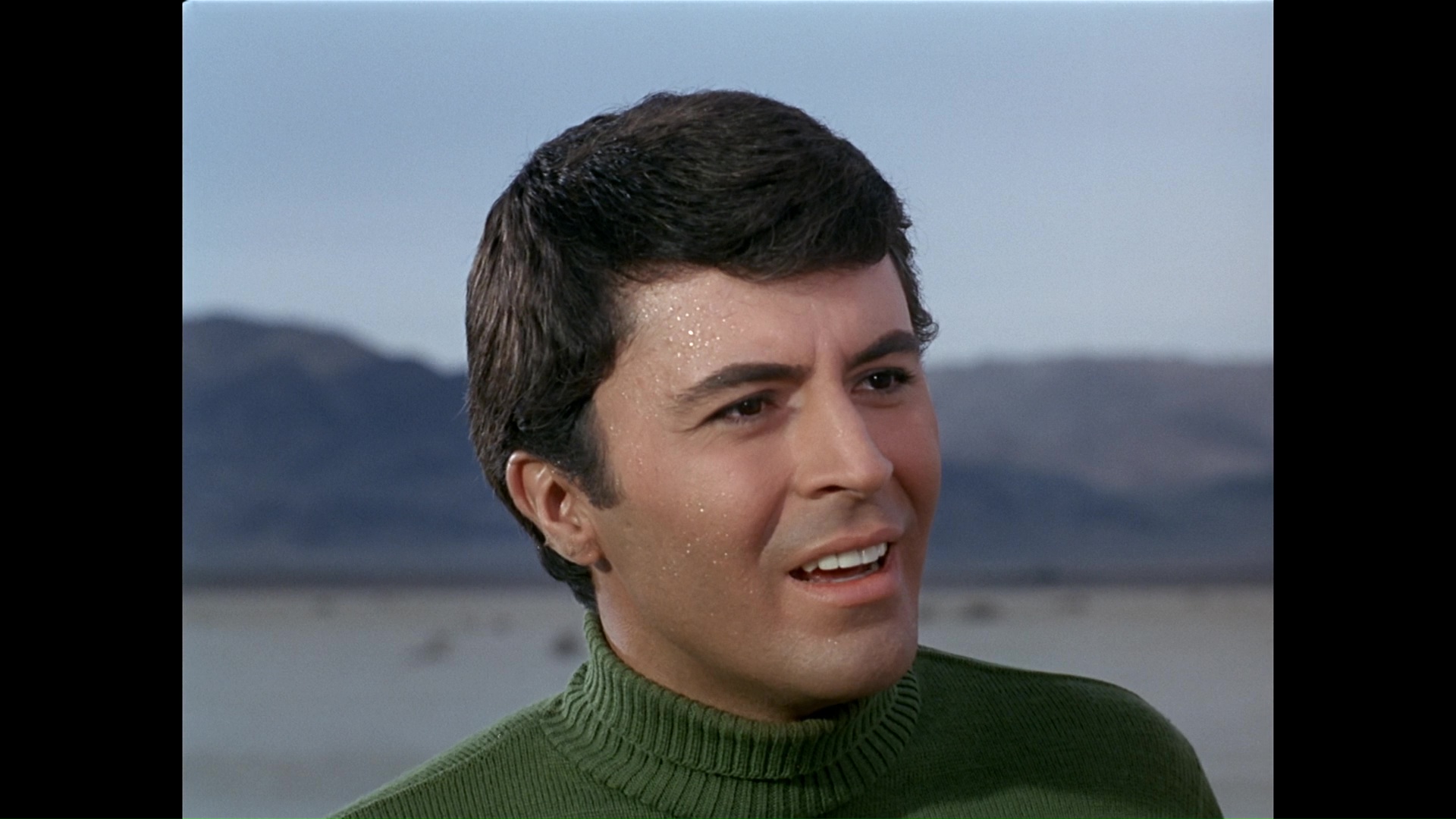 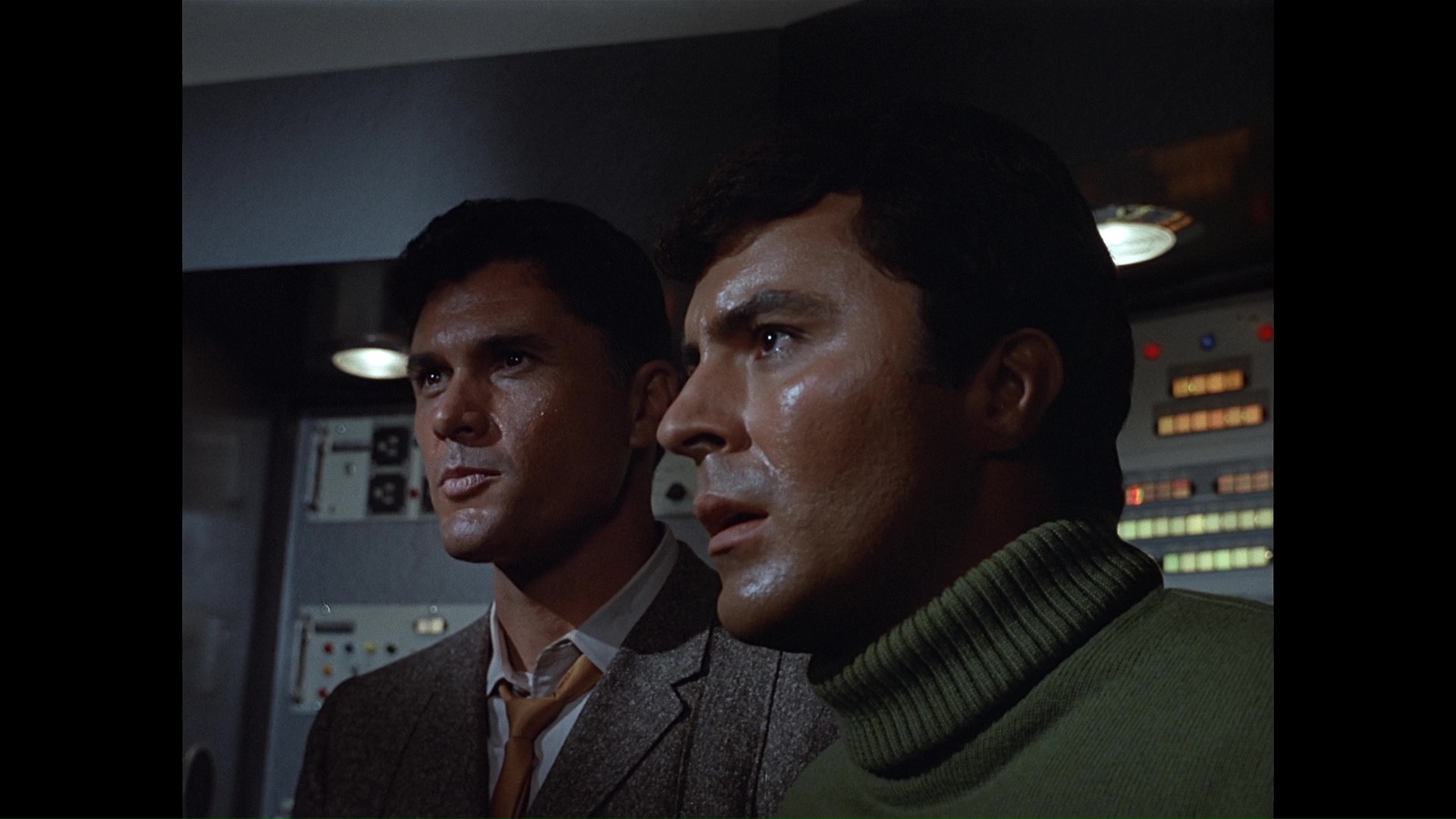