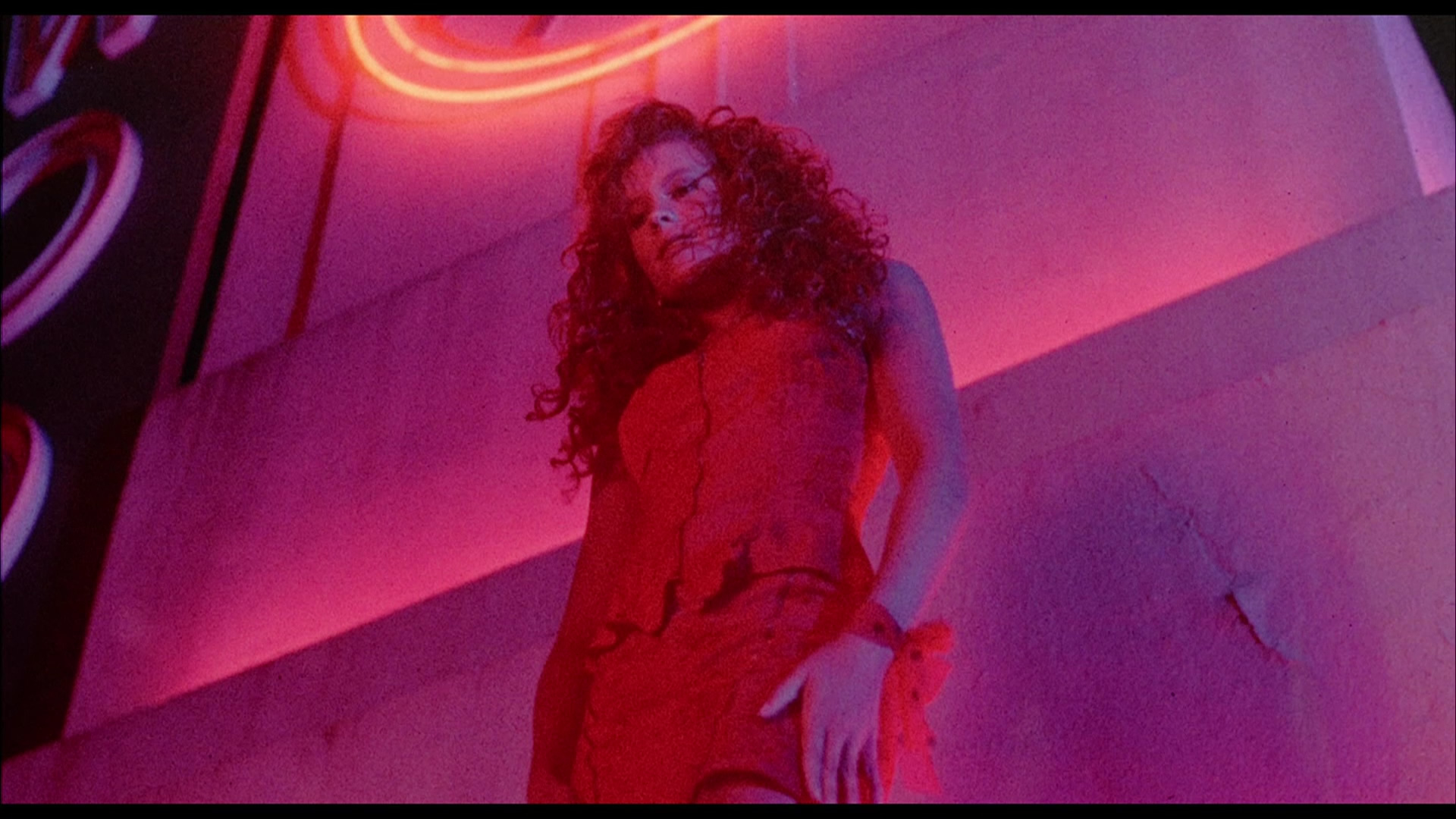 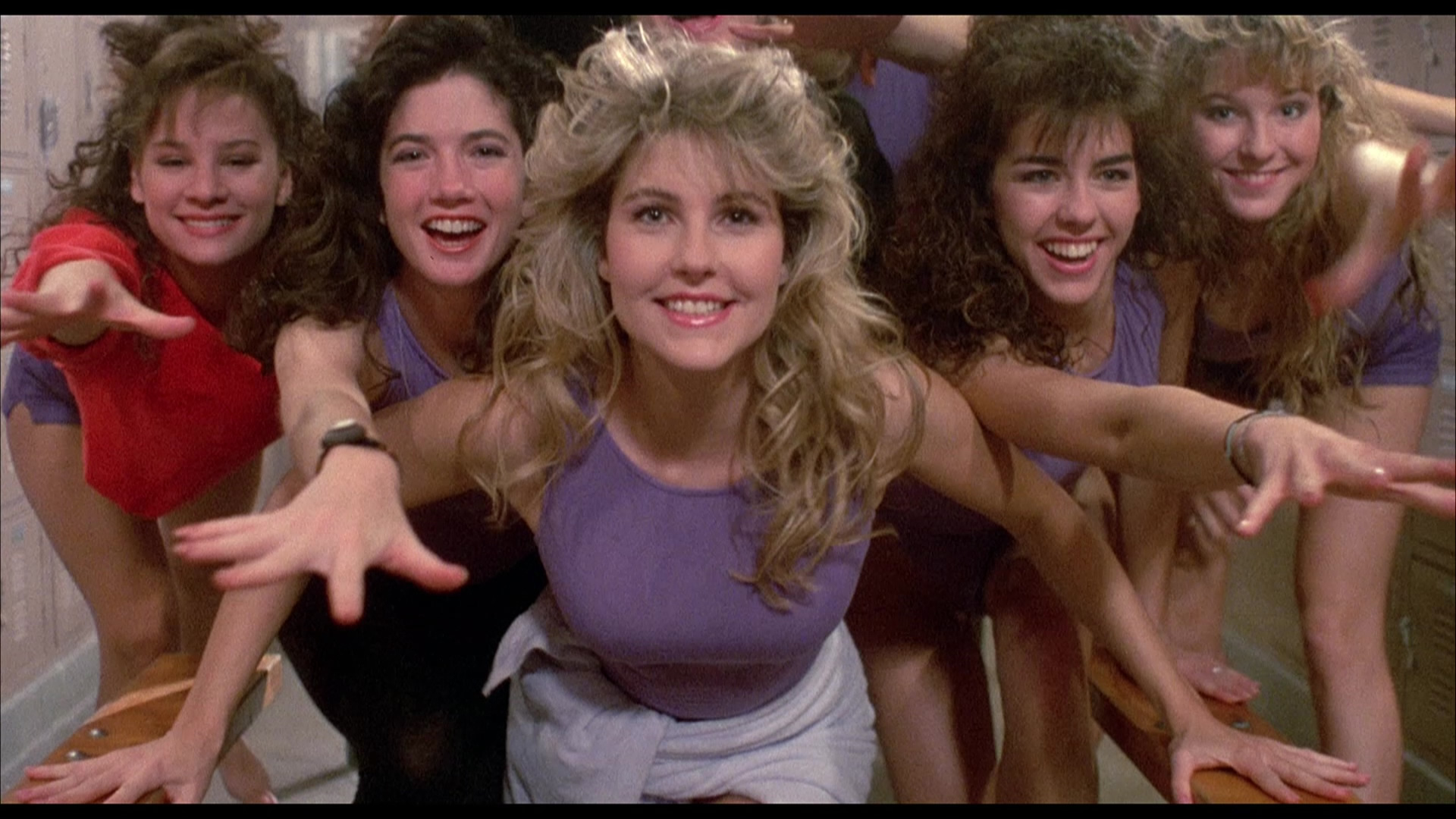 A fantasy, a tale of female supernatural empowerment, a bizarre semi-musical, and an '80s high school movie all rolled into one, Teen Witch has one of the most unlikely paths to movie cultdom around. The film came near the tail end of the theatrical life of Trans World Entertainment, a predominantly VHS-focused company that enlivened the late '80s with such titles as The Curse, I, Madman, Killer Klowns from Outer Space, Sonny Boy, and of course, Troll 2. This one is every bit as bizarre as those genre offerings, but in this case it's also completely endearing as an indie stab at John Hughes territory inspired by Teen Wolf (a factor largely dissolved in the final product) with a welcome girl power edge.

Lovelorn high school student Louise (Twin Peaks' Lively) nurses a long-standing crush on Brad (soap star Gauthier) and writes about his extensively in her diary, much to the amusement of her sadistic little brother, Richie (Near Dark's Miller). Her parents (My Tutor's Kaye and Bewitched's Sargent) are perfectly nice and supportive but don't have much to offer when it turns out Louise is a reincarnated witch with special powers that come into play on her sixteenth birthday, which she finds out via a chance encounter with Madame Serena (Poltergeist's Rubinstein) after humiliating classroom and automotive incidents involving Brad. That means Louise, aided 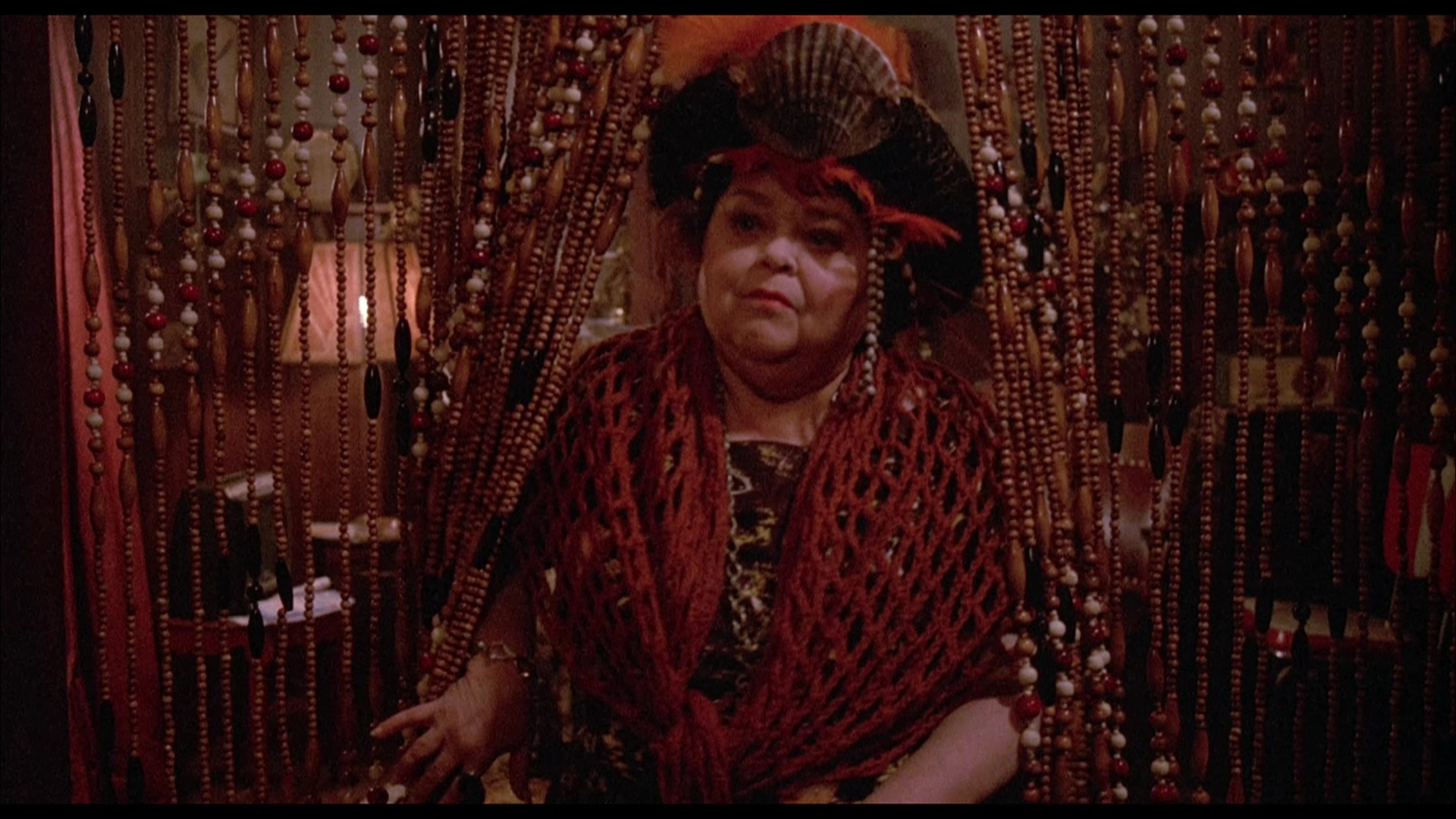 by a powerful amulet, now has a chance to use her powers to get the boy and fight back 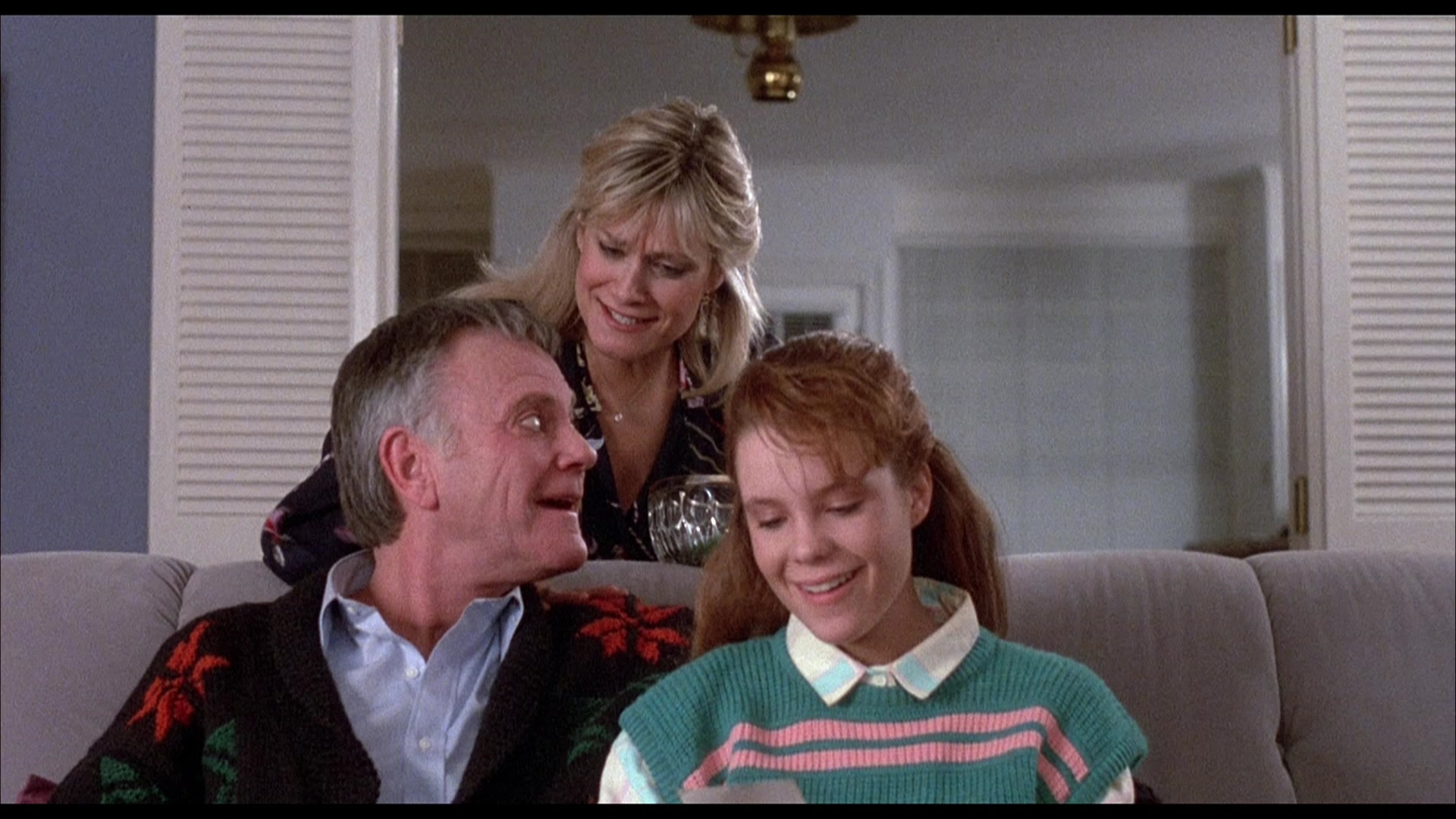 against the mean girls at school, all while making a blind date disappear, turning her brother into a cute puppy, and drifting through several impromptu dance numbers and a rap contest instigated by her best friend, Polly (Ingber).

Consigned to oblivion after a minor theatrical run and only discovered by a few lucky people when it first hit VHS, Teen Witch found a new lease on life when it became an ABC Family and Disney Channel perennial around Halloween. It's pretty out there for Disney fare, but it also has the kind of free associative silliness that makes it ideal for preteens and comes loaded with arbitrary surprises like the infamous "Top That" showdown and the "I Like Boys" locker room cheer routine. The soundtrack (whose original elements have been sadly lost) is a major strong point with a catchy opening scene and '80s pop fun galore (plus whatever "Top That" is), and the cast really gets into the spirit with a parade of decade-appropriate hairstyles and fashions (including the obligatory makeover montages). Not surprisingly, songwriters and composers Larry and Tom Weir later repurposed the project into a workshopped Teen Witch: The Musical, which is still the only way you can get any recorded songs from this film.

After its initial VHS run from TransWorld, Teen Witch first hit DVD in 2005 from MGM sporting a colorful widescreen transfer and the original trailer. That left a lot of 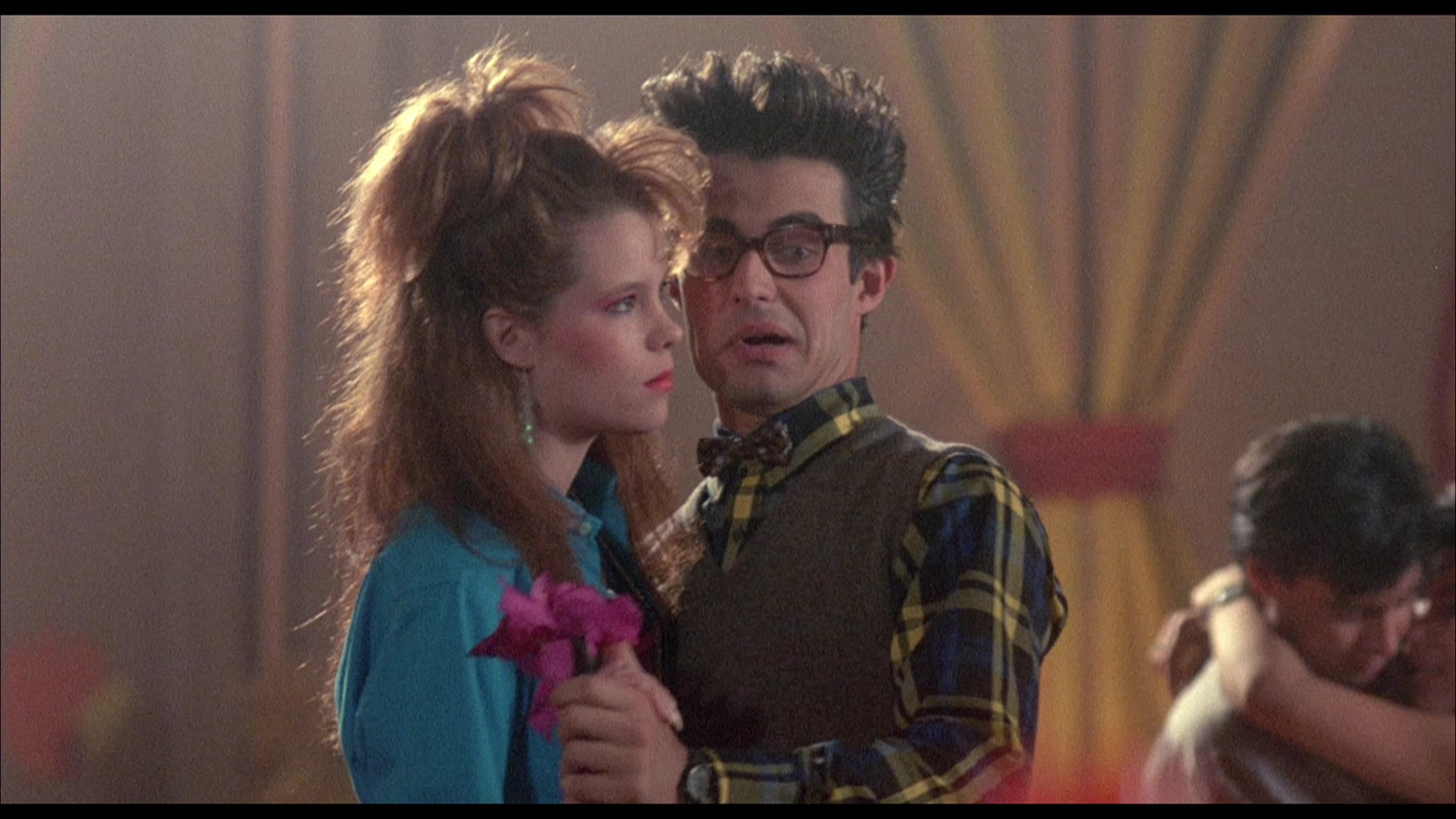 room for improvement, and fortunately Kino Lorber stepped up to the plate with a heaping 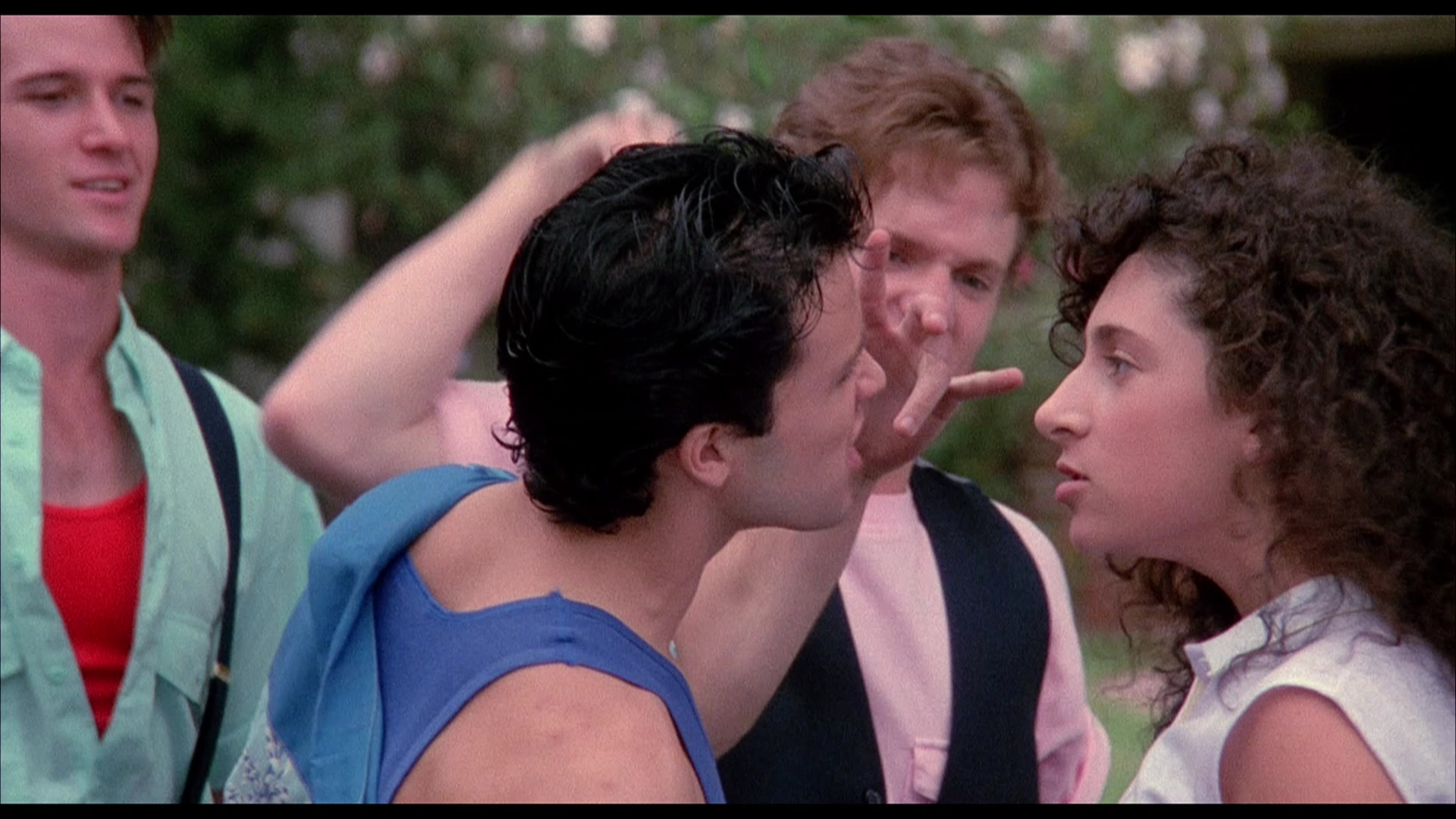 slate of extras produced by Scorpion Releasing. The fresh HD transfer looks great with a ton of vibrant colors and nice detail throughout, even in darker scenes; no complaints here at all. The DTS-HD MA English 2.0 mono audio sounds fine (though the DVD featured the songs and a few other scenes in stereo, oddly enough); it won't test your audio system but gets the job done, and the trailer is carried over here in what appears to be a fresh transfer.

Not to be missed is a new audio commentary with Lively, Miller, Gauthier, and Ingber, with Lively more or less acting as moderator throughout. It's a completely giddy blast from start to finish complete with an ongoing game of truth or dare, Miller pointing out a piece of Near Dark wardrobe he reused here and hilariously comparing the big love scene to Falcon Video, Lively revealing her minor crush on the older Gauthier, Ingber chatting about her current status as a famous yoga instructor, and in perhaps the greatest moment, everyone freaking out over the appearance of an inexplicable "ghost" in a dress-up scene with Marcia Wallace. You can also play along with the climactic game of "spot Rita Wilson," too. In "Finest Hour" (23 mins.), Lively (who looks beautiful and still bubbles with charm) gets a solo chat about making the film including her enthusiasm for the final product, her love of its fans, memories of pretty much every other actor, and her take on the film's message. She also reveals the one scene she wishes she could take out, for interesting reasons, and briefly touches on a few other films, too, like Dream a Little Dream 2. In "Dan Gauthier Remembers Teen Witch" (20 mins.), the star talks about getting this early leading role gig, his dream of 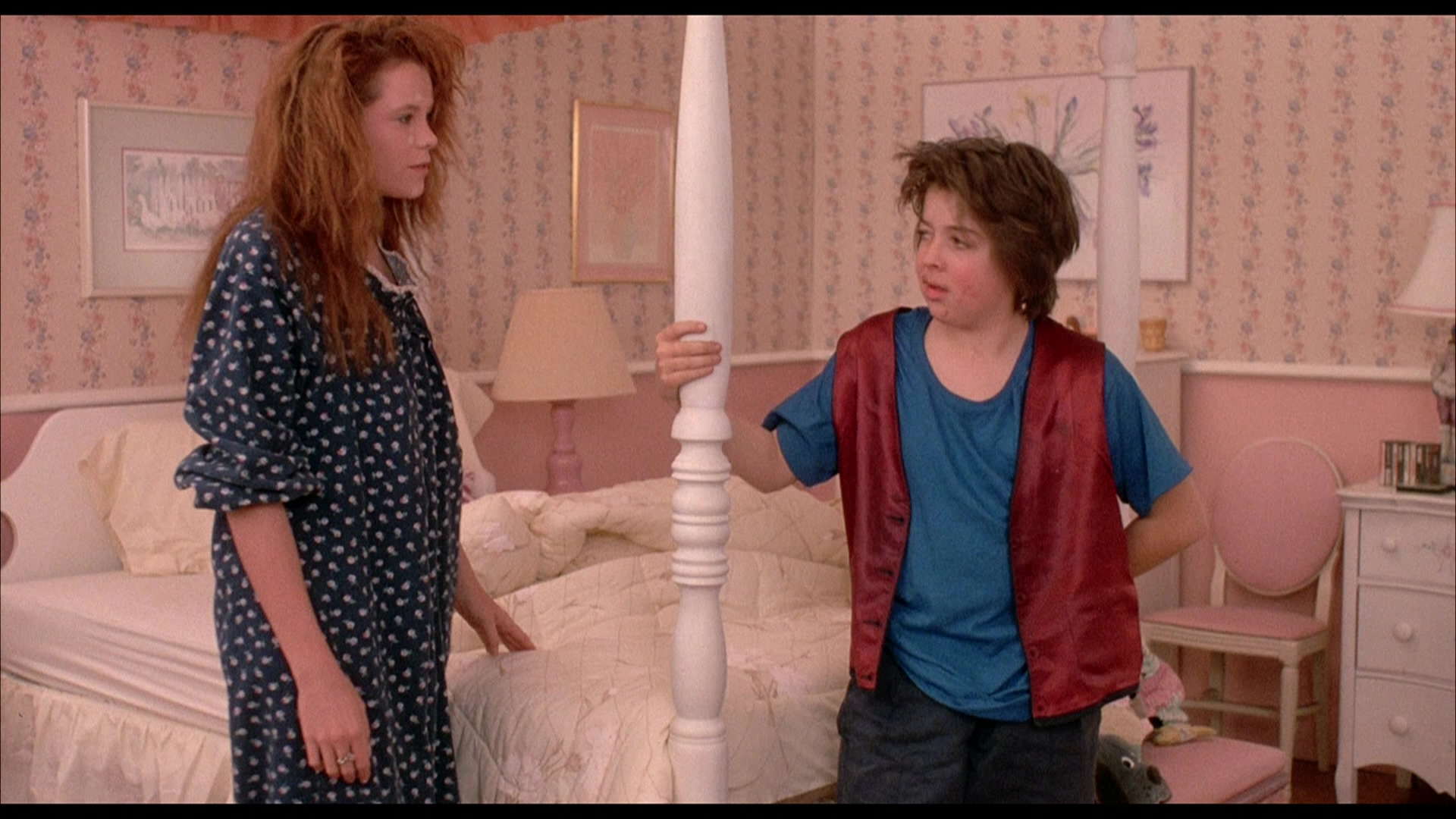 being a sportscaster, his relationship with actress Lisa Fuller (who plays his girlfriend in the film and married him a year later in real life), and the modeling gigs that first brought him to Los Angeles, as well as his other TV and film credits including 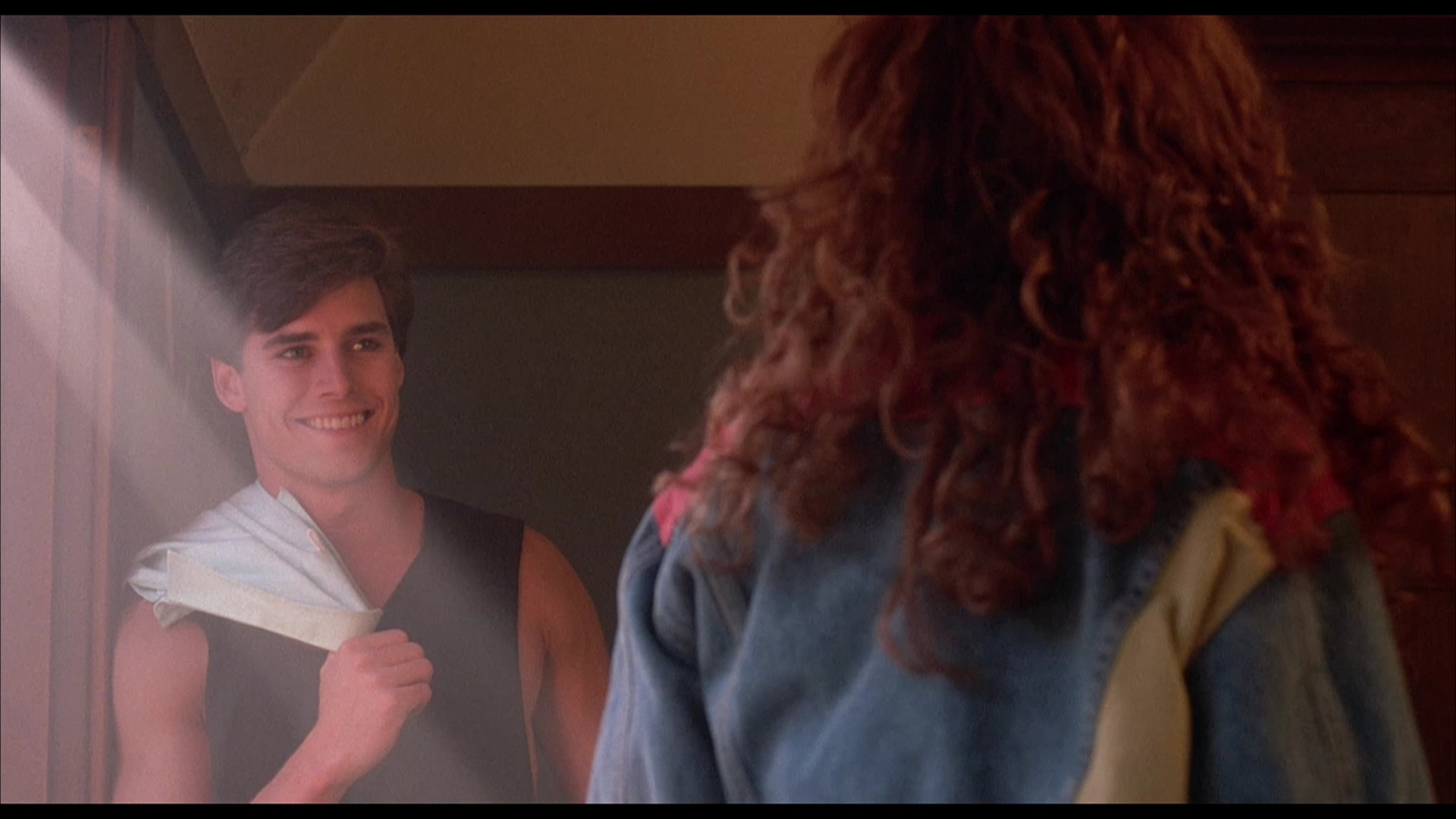 Tour of Duty and the one celebrity who left him speechless. A quick 4-minute interview with Fuller covers her memories of director Dorian Walker (who had just done Making the Grade), shooting in downtown L.A., and getting a role in The Monster Squad. In "Maken It Big" [sic], Ingber gets a 16-minute platform to cover her memories of her co-stars, other films she auditioned for, and being resistant to her director on the set when he kept asking her to "make things bigger," including her one legendary scene that was done as a late reshoot and required some subtext that wasn't evident anywhere else in the film. She also notes some of her other roles including one opposite the tragic Rebecca Schaeffer. The Weirs get their turn in the 21-minute "The Music of Teen Witch," recalling their poppy Cyndi Lauper-ish sound, the vast amount of material they wrote (much cut from the end product), the genesis of "Top That" after initial shooting, TransWorld's disinterest, and their adventures in the music recording industry. Finally Lively and Ingber reunite on camera for the 15-minute "Top That," a fun little conversation swapping memories about various embarrassments on the set, opinions on their wardrobes, pop culture references to Teen Witch in random places like 30 Rock, and adjusting to some character beats added to the reshoots. In short, Teen Witch fans everywhere should rejoice that the film has finally gotten the deluxe treatment worthy of any Criterion title.