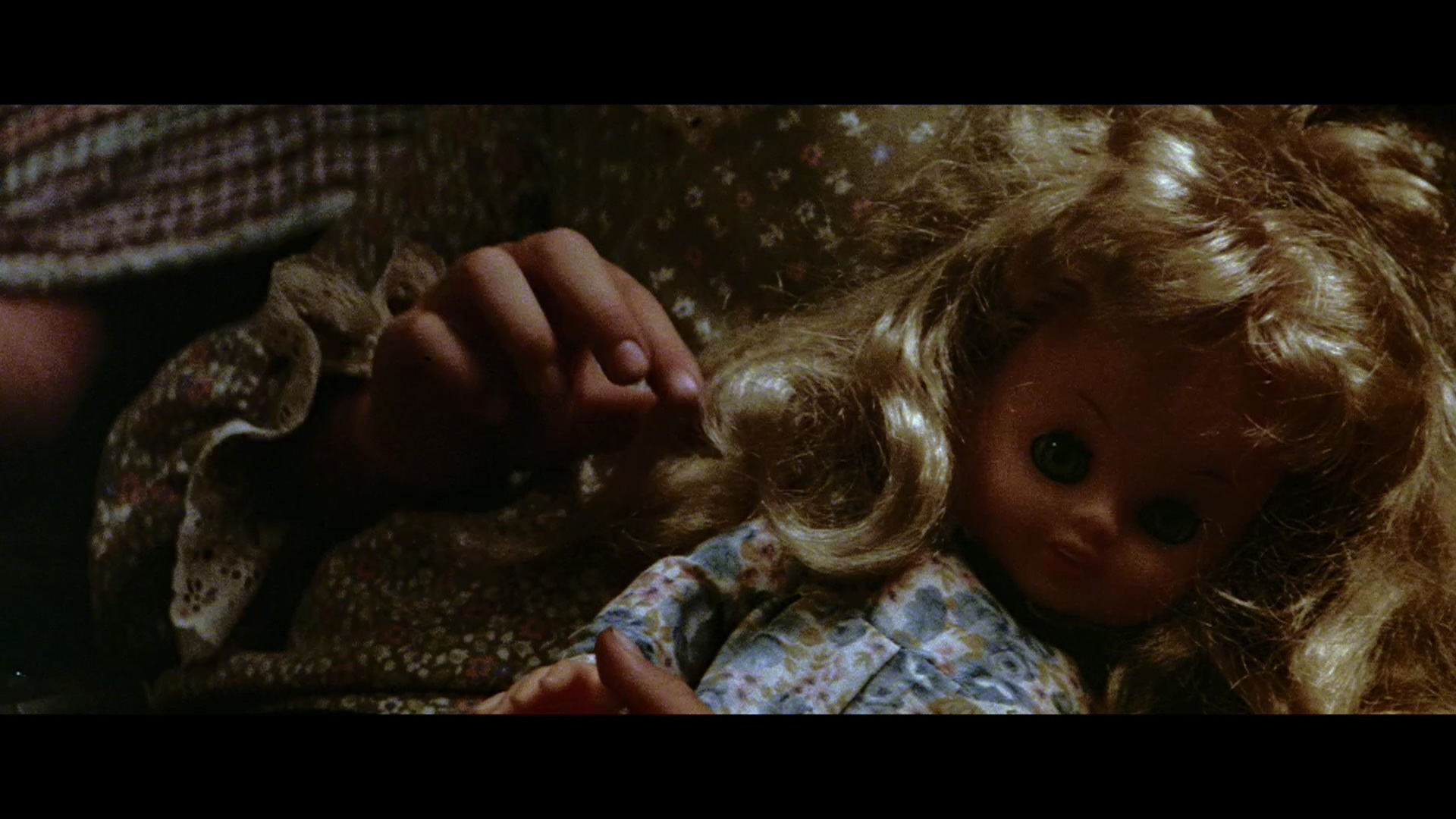 When an airliner goes down in flames at night, everyone on board dies except the pilot, David Keller (Powell), who walks away unscathed. It turns out the crash was deliberately caused by an explosive on board, and while he and the police try to figure out what's going on, a psychic named Hobbs (Agutter) with her own connection to the crash starts to dig around on her own. Soon people in the area start dying mysteriously, and the nasty secret behind the disaster soon brings everyone together for a supernatural revelation. 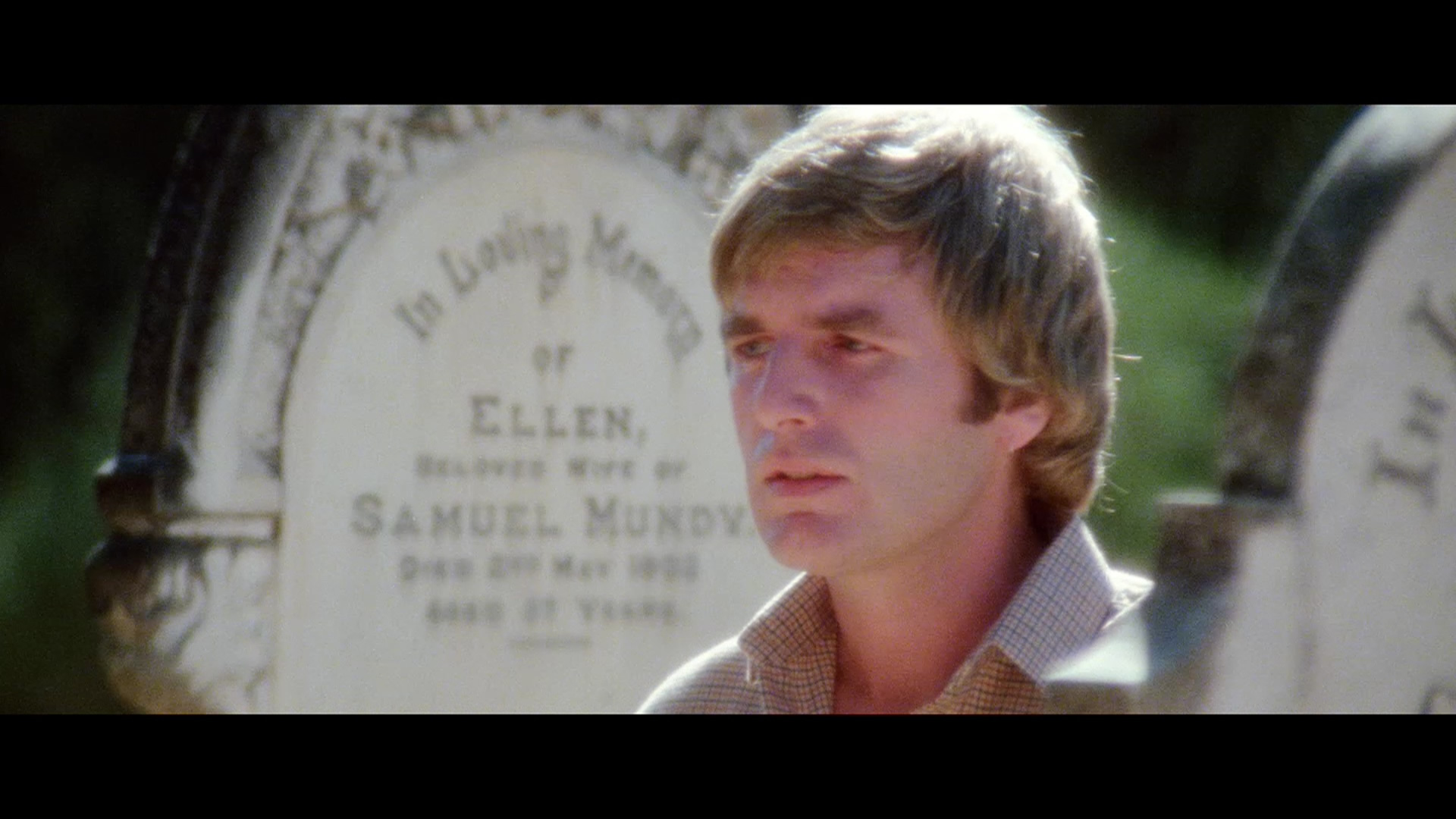 Based on a novel by English horror writer James Herbert (who hasn't been adapted very much, though Haunted and Deadly Eyes are entertaining in very different ways), The Survivor is one of the classier efforts from the golden age of Aussie exploitation. That also means it's pretty low on gore and sleaze, which will either be a plus or a minus depending on your expectations. The premise might sound like another trip into Carnival of Souls / Jacob's Ladder territory, but it actually has a few other tricks up its sleeve. An intense actor also known to horror fans for Asylum and The Asphyx, Robert Powell doesn't have the most demanding role in the world here as he's mainly required to look confused and vaguely terrorized. However, the always lovely Agutter gets a bit more material as she's tormented by the ghosts of crash victims and has to put up with more than her share of supernatural mayhem. Also noteworthy is the atmospheric score by Brian May, who seemed to work on pretty much every other horror and action film in Australia in the '80s. Less significant is the presence of obligatory American Joseph Cotten, whose appearance here as a priest might be even more negligible than his role in A Whisper in the Dark.

The Survivor was also part of a pair of projects directed by actor David Hemmings (Deep Red) in 1981 along with the more family-friendly Race for the Yankee Zephyr. A talented leading man, he also spent his time there appearing in front of the camera in such films as Harlequin, Thirst, and Beyond a Reasonable Doubt. While the narrative tends to swerve around a bit (a flaw inherent in the source novel only partially remedied here, albeit with an even muddier conclusion), Hemmings shows a great deal of visual flair and handles the scope frame exceptionally well. The film is loaded with striking, atmospheric shots, such as a daytime stalking sequence through a graveyard and the unusual finale, which makes 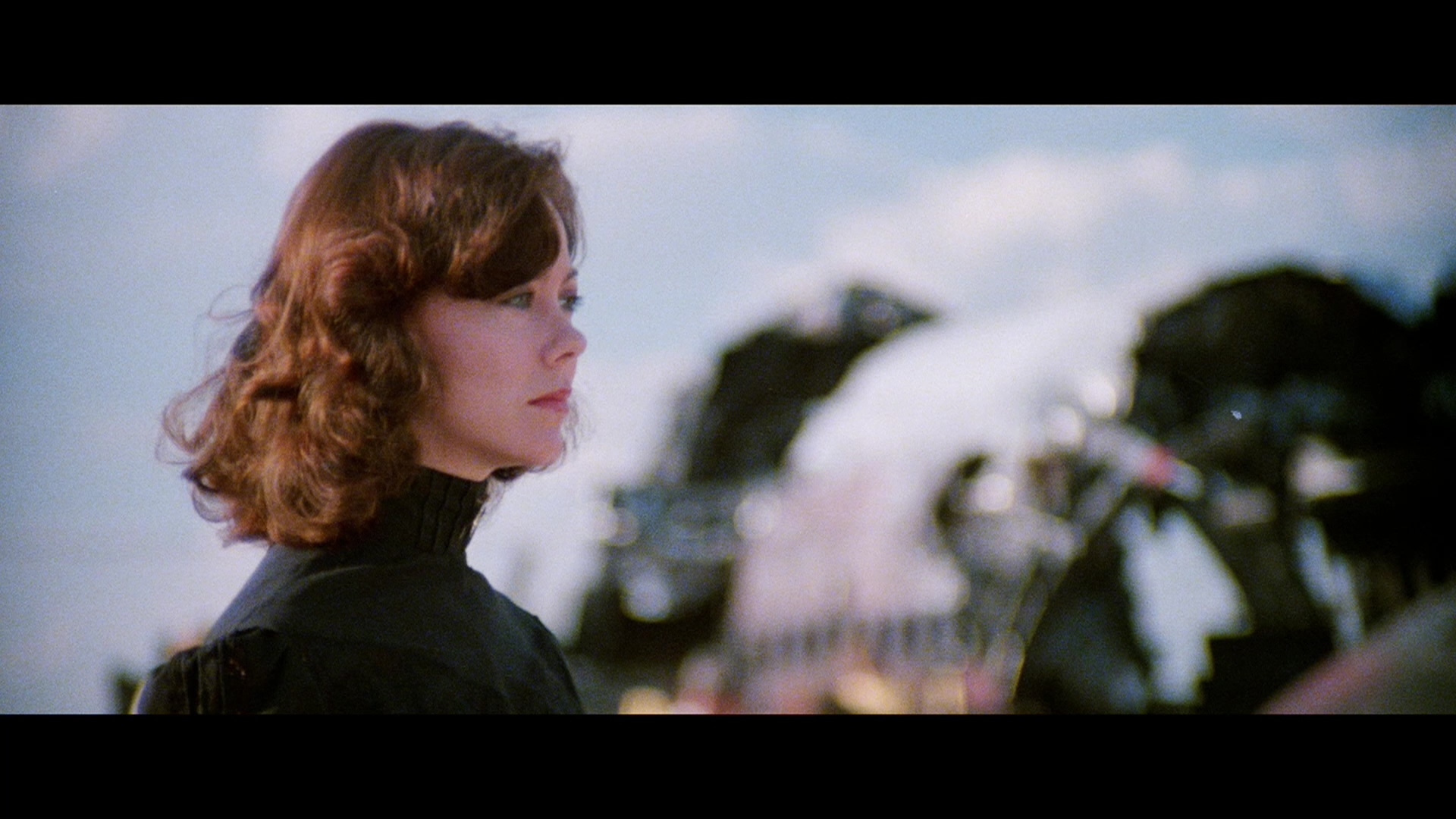 expert use of stylized lighting effects and production design. Though it'll never be regarded as a minor classic, it's a pretty spooky, nostalgic little spooker to pass a lazy weekend afternoon.

Though it's mostly unknown in America, The Survivor has enjoyed a whopping four DVD releases there -- though only half are really satisfactory. 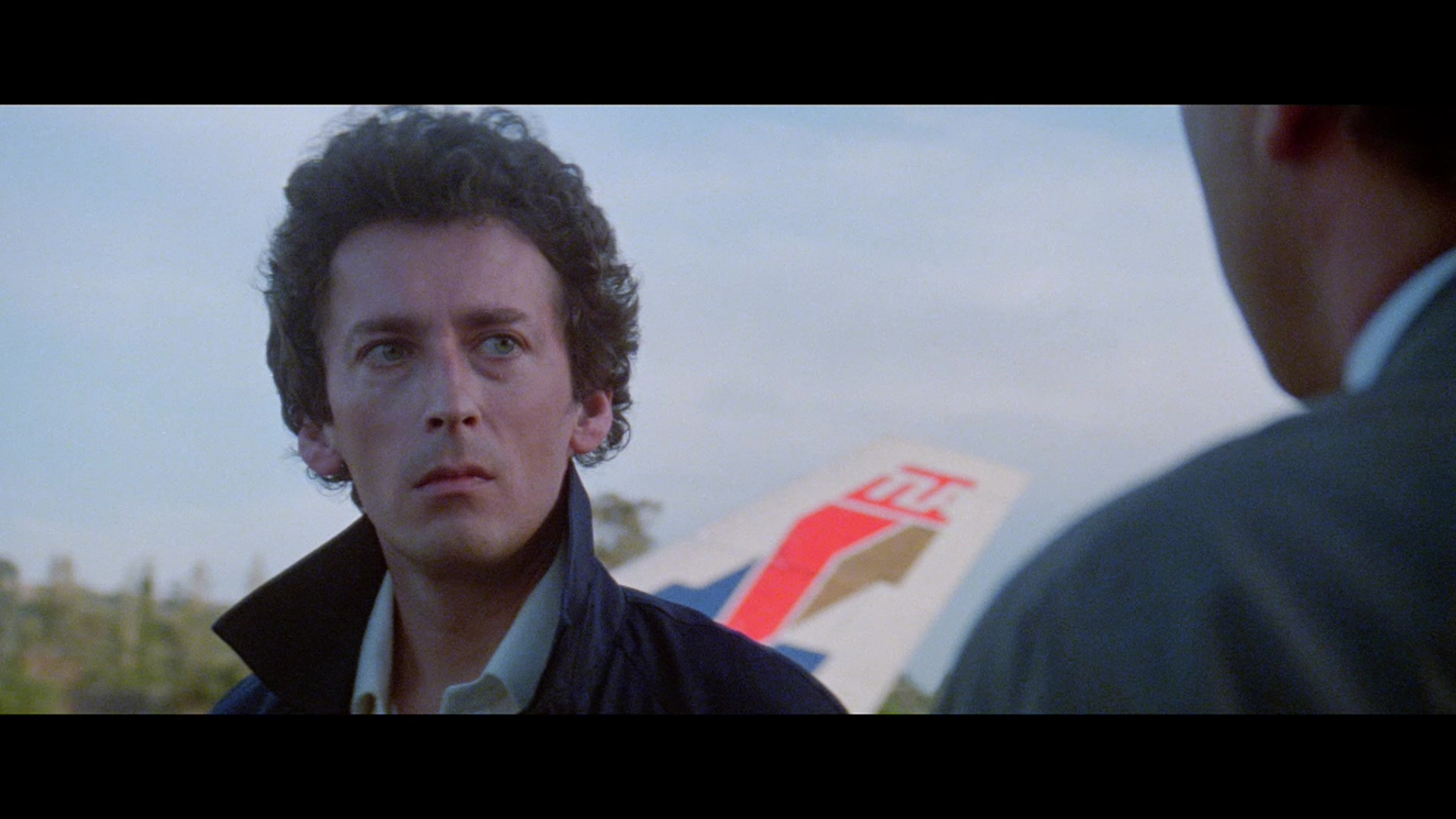 The first version from budget label Platinum features a non-anamorphic 2.35:1 transfer and the theatrical trailer; it was decent enough considering it cost less than $10 but nothing terribly special. The exact same master was recycled by Elite Entertainment for its second Aussie Horror Collection set, which only remained in circulation for a very short period of time. Meanwhile two UK versions came out, first from Prism (a worthless disc with an incredibly tacky cover) and a remastered anamorphic reissue, along with French and Australian DVDs reflecting the shorter general release cut (initially 87 minutes, running between 81 and 82 in PAL with different opening logos), and the French one adding the longer cut as well. The Scorpion release in 2012 improved things with a more vivid and properly framed transfer than any of its predecessors. There's some dirt and debris scattered over the white credit slates and some deliberate softness in several shots, but it's such a substantial upgrade regardless of which version you might have seen before. On top of including the usual trailer from past versions, this one's presented as part of the label's genre-specializing Katarina's Nightmare Theatre with hostess Katarina Leigh Waters rattling off a cheerful roster of facts about the film and its cast in optional wraparounds. She also appears on the audio commentary with producer Anthony I. Ginnane, a familiar name from a slew of Australian horror and action films, who covers everything from the logistics of the spectacular and very difficult opening crash sequence to the demands of the characters' wardrobes, working with Brian May, and comparing Hemmings' abilities as a director and actor. The disc fills out with additional trailers for other horror/sci-fi titles like Death Ship, Mortuary, The Devil Within Her, The Return, Final Exam, Satan's Slave, and Terror, and should also get bonus points for utilizing the original surreal poster art on the cover instead of the strange cut-and-paste jobs it's been stuck with in the past.

In 2017, the American rights to the film passed over to Severin Films for a completely different special edition released as separate Blu-ray and DVD discs. The Blu-ray features identical framing but rises several notches up in video quality with stronger color reproduction and tighter, more convincing film grain. The heavy amount of diffusion and dark lighting in some scenes means this will never be an eye dazzler, but it's quite a 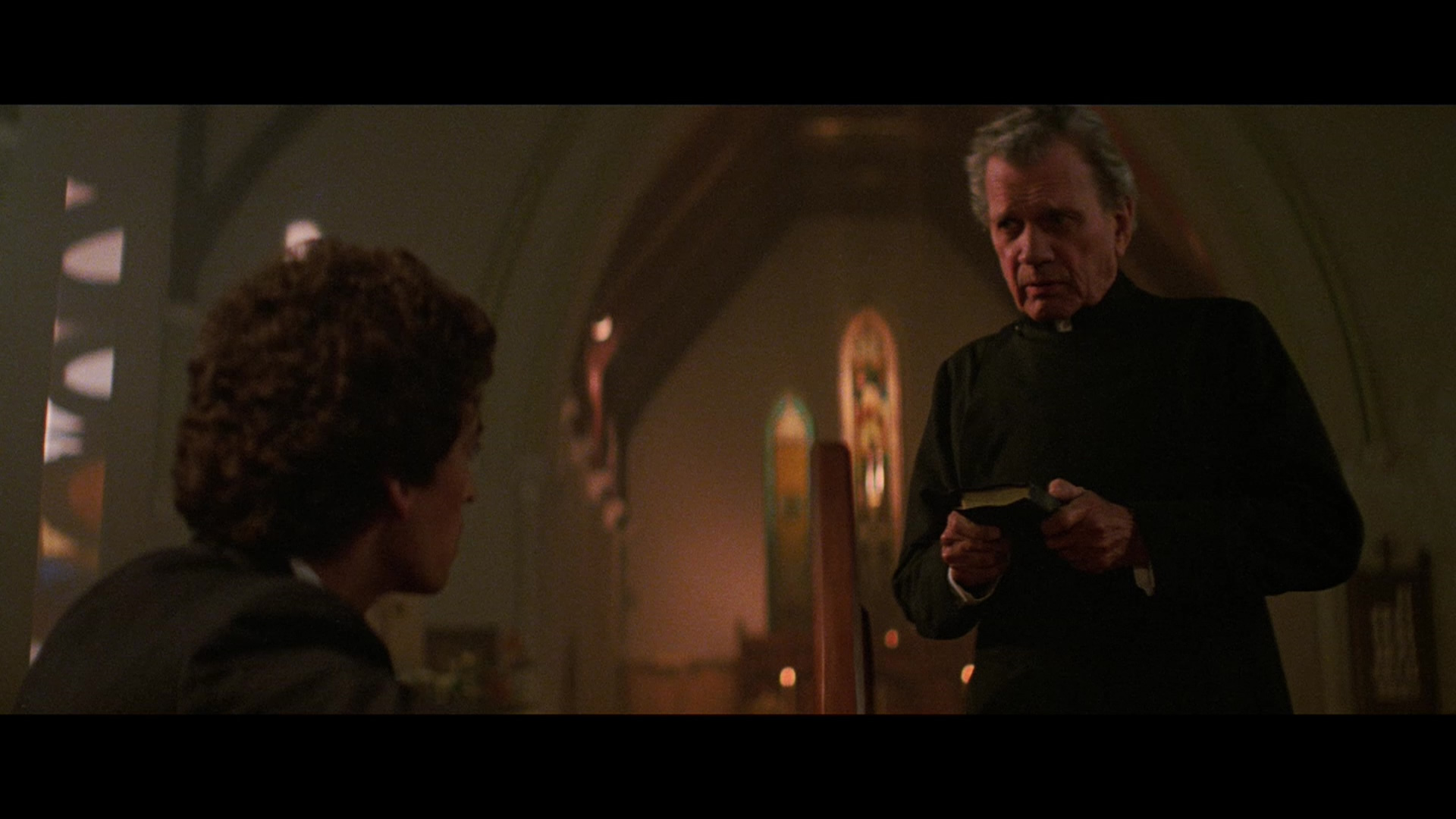 bump up across the board. The LPCM English mono soundtrack sounds very healthy for a mix from the period, with optional SDH English subtitles. (Click here for a sample grab from the Scorpion disc for comparison.) 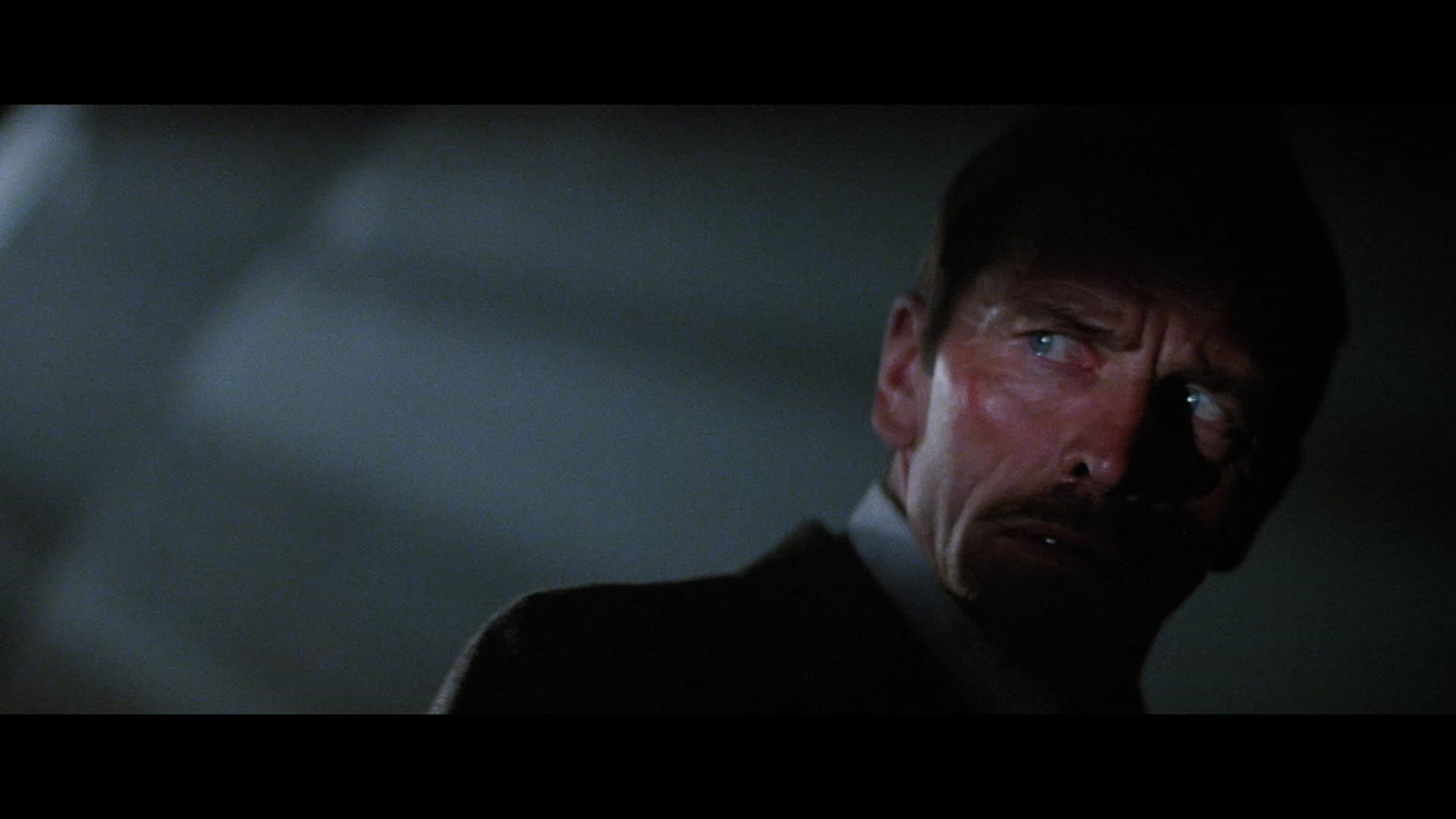 You also get 22 minutes of raw interview footage with Ginnane and cinematographer John Seale shot for the documentary Not Quite Hollywood, focusing on this film's status as Ginnane's first adaptation, the questionable decision to eschew gore for a more "ethereal" quality, changes made from the source novel, the issues with ending the film, and the challenges of shooting a big 747 crash at night, among other topics. The 9-minute "The Legacy of James Herbert" features the Mayhem Film Festival's Chris Cooke and The Reprobate Magazine's David Flint rhapsodizing about the late author's influence and impact upon the horror paperback market, unabashed taboo smashing, and rocky adaptation history, while Powell appears for a separate 3-minute piece about his admiration for Herbert, "a good writer," and his fondness for narrating his audio books. An archival half-hour episode of the Aussie movie-themed TV show Clapper-board features interviews with Cotten, Agutter, and actors Peter Sumner, Angela Punch McGregor, and Ralph Cotterill along with some great behind-the-scenes footage of the plane crash shoot, all tied together by a wildly glammed-out hostess. A separate 15-minute uncredited TV show with Hemmings (introduced by a clip from Barbarella, oddly enough) covers a wide variety of projects from Blow-up through Just a Gigolo (and he's a great raconteur as always, with a little magic trick thrown in for good measure); a 6-minute chat with Hemmings and Powell recorded for Clapper-board in a noisy convention room is included as well on the disc but doesn't appear to be accessible from the extras menu, which links to the Hemmings solo interview twice instead. The disc rounds out with a pretty wild Ginnane trailer reel (32 mins.) covering Fantasm (complete with an opening shot guaranteed to make you back away from your TV), Fantasm Comes Again, Patrick, Snapshot, Thirst, Harlequin, this film, The Race for the Yankee Zephyr, Strange Behaviour, Turkey Shoot, High Tide, The Time Guardian, and Screamers.