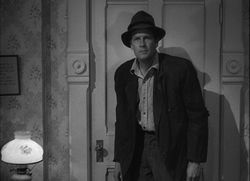 Regarded by many film scholars as ground zero for the study of film comedy, Preston 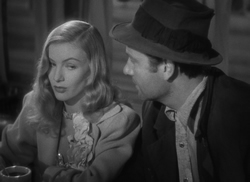 Sturges was one of the first prominent Hollywood names to make the leap from screenwriter to bona fide director courtesy of films like The Lady Eve and The Great McGinty. Less than two years into his new career, he decided to tackle something that can only be described as an ambitious dissection of film comedy itself: Sullivan's Travels, a breakdown of the genre's evolution from silent pratfalls through nimble screwball wordplay. The fact that it also still works as a standalone yarn still speaks to the strength of its central idea, cherishing the value of laughter within the day-to-day challenges of life in America.

Fresh off of his turn in Alfred Hitchcock's Foreign Correspondent, Joel McCrea (in the first of his four Sturges films) stars as John Lloyd Sullivan, a self-impressed Tinseltown director annoyed with the frothy comedies he's been given by the studio. Now he wants to tackle an ambitious social drama based on a bestselling book, O Brother, Where Art Thou? (sound familiar, Coen Brothers fans?), and decides to pose as a bum out on the road to give his masterwork some much-needed authenticity. Ignoring warnings about romanticized poverty, he dresses up in hobo clothes but keeps finding himself stuck back where he started thanks to some comic quirks of fate. Along the way he picks up a traveling companion in the form of a nameless aspiring actress (Veronica Lake), whose path back home on a bus is permanently altered when she charitably buys John some chow at a diner. Bouncing back and forth between Hollywood and the wilds of regular 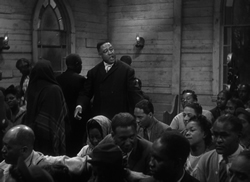 American civilization, they hop on and off trains and meet a variety of colorful characters before fate deals John an unexpectedly nasty hand that forever changes his perspective on his purpose in life.

Though it features its share of goofball moments (a giddy slapstick chase scene, some clowning around in and out of a swimming pool), Sullivan's Travels isn't really a comedy in the traditional sense. In fact, the last half hour doesn't even aim for laughs at all; there's some pretty caustic material here instead as the film turns into a surprisingly stinging look at the nature of charity and the lives of the "have nots," with perhaps the 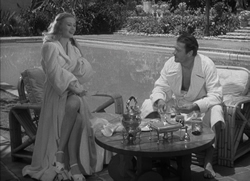 best scene involving a church and some incoming convicts for a film screening. Lake is a charming and fetching screen presence as always (though as usual she rubbed almost everyone on the production the wrong way), but it's really McCrea's show here as he performs a delicate balancing act keeping a deeply flawed character from becoming truly loathsome. It's also a little odd to think that by the end of the same decade, he would become one of America's favorite sun-weathered cowboy stars.

When Paramount shoveled most of its catalog titles before the mid-'60s over to Universal, a lot of prime, valuable film elements turned out to have been lost over the years. Fortunately this one has fared better than most and still survives in mint condition, a fact borne out by the visually stunning Blu-ray release in 2014 from Arrow that sparkles like a new print. As of this writing, it's the only really worthwhile release on the market in the world as Universal has simply tucked it away as a pared-down edition in its Preston Sturges box set (which is still worth picking up just for the value of the films themselves). For the record, Criterion took its own stab at the film back in 2001, but it's long out of circulation now. The extras on that one included an audio

commentary by Noah Baumbach, Kenneth Bowser, Christopher Guest, and Michael McKean, the amazing PBS American Masters documentary Preston Sturges: The Rise and Fall of an American Dreamer (76 mins.), a video interview with Sturges' widow Sandy, a vintage Hedda Hopper interview with Preston Sturges (also heard in some audio recordings singing his song "My Love" and delivering the poem "If I Were King"), storyboards and blueprint drawing, a stash of production stills and publicity scrapbook, the trailer, and liner notes by Todd McCarthy. 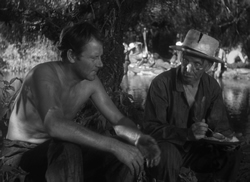 In addition to easily surpassing its predecessors in the a/v department, the Arrow release includes an audio commentary by Monty Pythonite Terry Jones (recorded for the film's UK DVD release), who chuckles a lot and points out some of his favorite moments while delivering some academic observations about the role of comedy and its presentation in the film. The PBS doc and trailer are the sole carryovers from the Criterion release, which leaves room for plenty of new material. "Kevin Jackson on Sullivan s Travels" spends over 20 minutes picking the film apart as a genre study rich in critical material, while the whopping 45-minute-long "The Preston Sturges Stock Company" takes a close look at the great stable of actors Sturges employed in almost all of his films (much to the consternation of his studio bosses). Also included is a 10-minute propaganda short directed by Sturges, "Safeguarding Military Information," which was shown the same month as this film and warns about the dangers of loose lips sinking ships, even at your local supermarket(!). The attractive set features a reversible sleeve with new or vintage art choices, new liner notes by Peter Swaab (a "screwball comedy expert"), and additional essays on the film by the director and Geoff Brown.