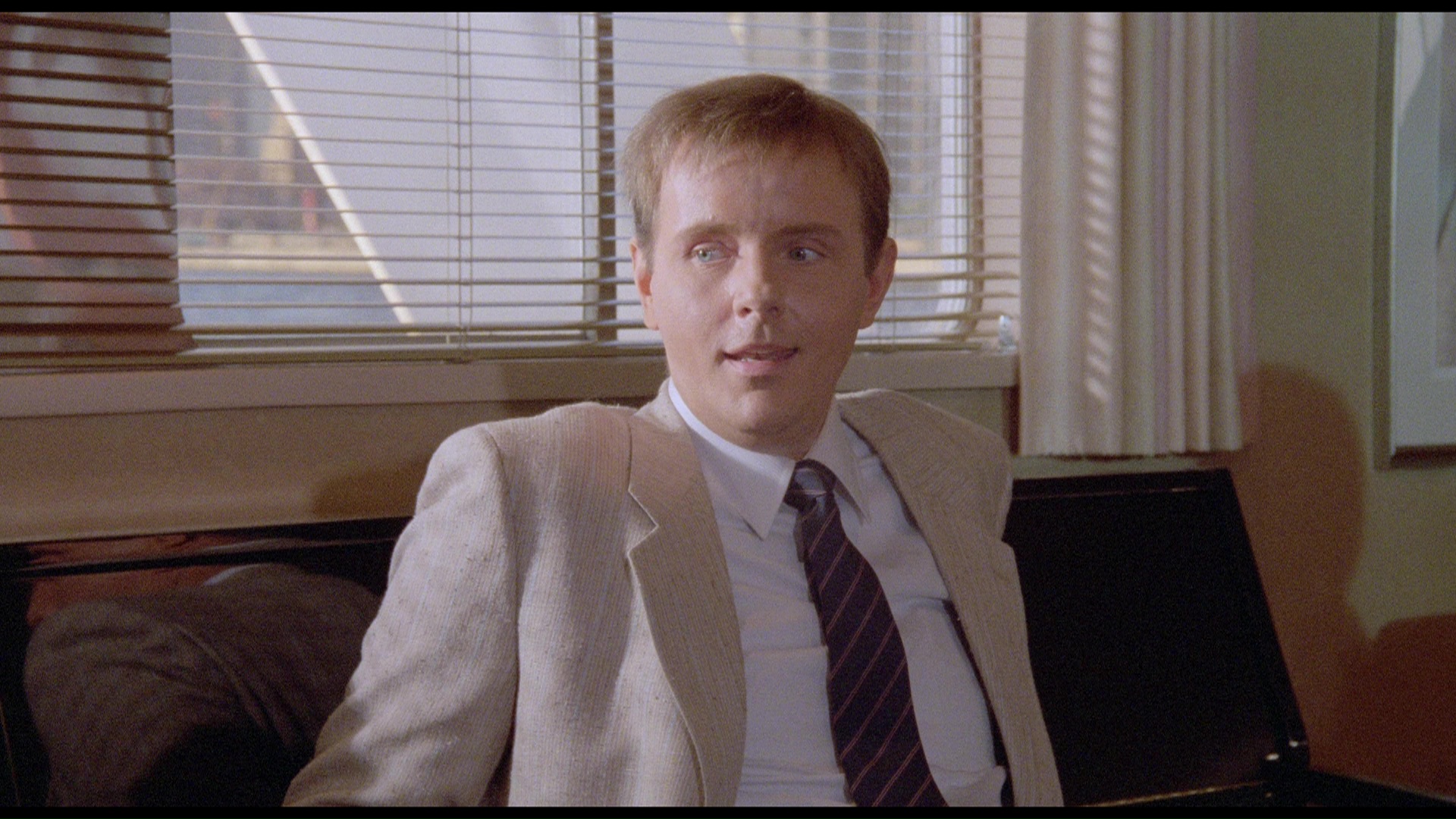 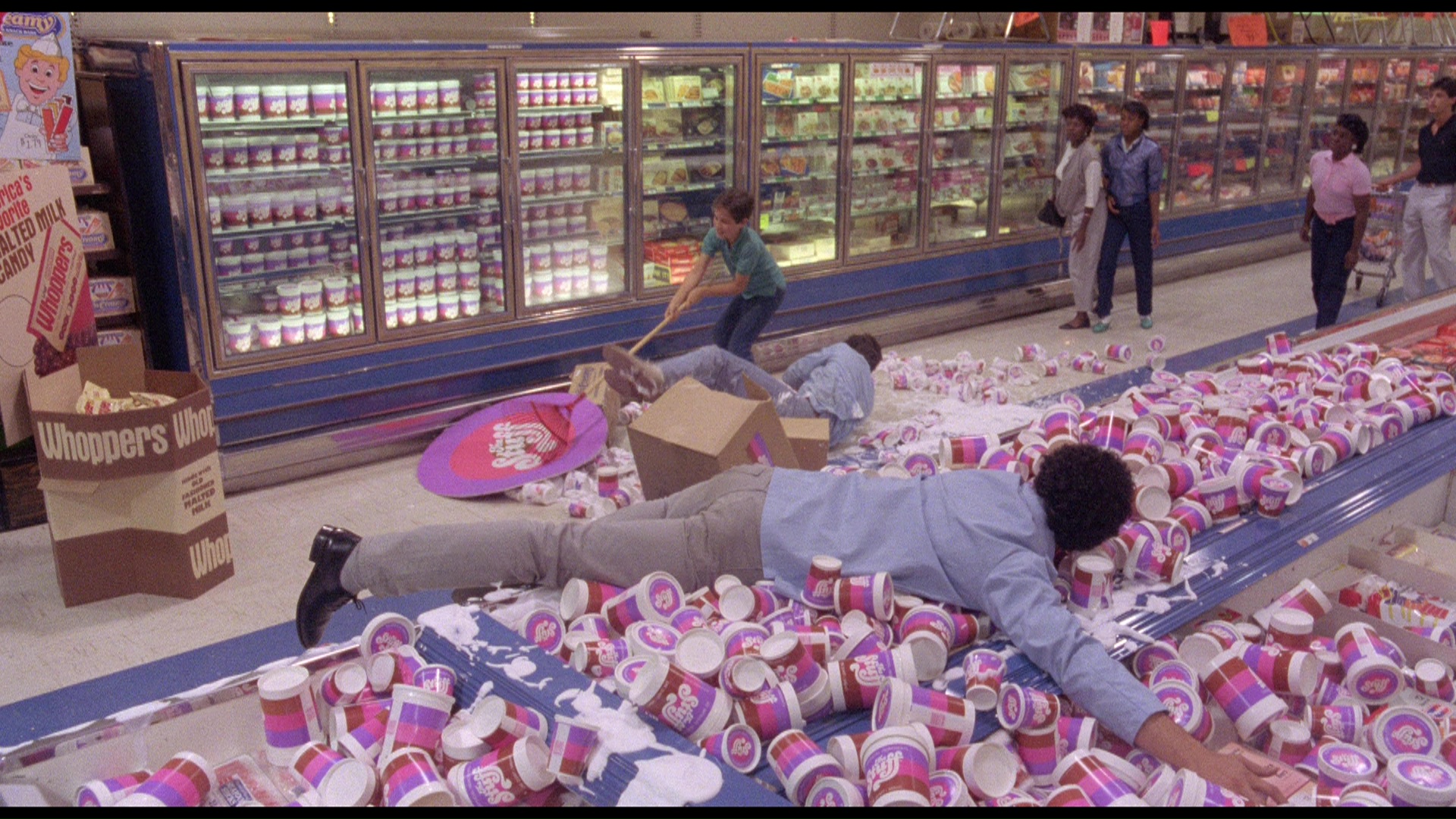 If you've been looking for a good reason to skip dessert, The Stuff should do the trick. After satirizing urban cynicism and ennui in Q, director Larry Cohen turned his camera towards consumerism with this batty little film, which features another delicious hambone performance from Michael Moriarty and enough scattershot laughs to make it more of a black comedy than a horror film. The interplay between the characters is far more interesting than the monster itself, so as long as you're expecting a Cohen film instead of something genuinely scary, there's plenty of Stuff here to like.

An elderly, hungry oil refinery worker in Alaska notices some white goo bubbling up out of the ground. Curious, he decides to taste it and mentions to a coworker that people might actually enjoy using it as a food source. Then voila, this white substance becomes a nationally popular dessert known as The Stuff. Low calorie and utterly yummy, it earns a place in every home and sends other food manufacturers into a financial tailspin. Enter industrial spy "Mo" (Moriarty), a smooth talking Southern boy hired to uncover the secret ingredient of The Stuff, which has already caused ruin for the likes of cookie guru "Chocolate" Charlie (Saturday Night Live's Morris). Meanwhile little Jason (Bloom) notices The Stuff moving of its own free will in the refrigerator late one night and refuses to touch it. His family loves it, however, though they begin to resemble zombies more than human beings. The two plot threads eventually collide, with Mo resorting to the military aid of extremist Colonel Spears (Sorvino) to combat the national menace. 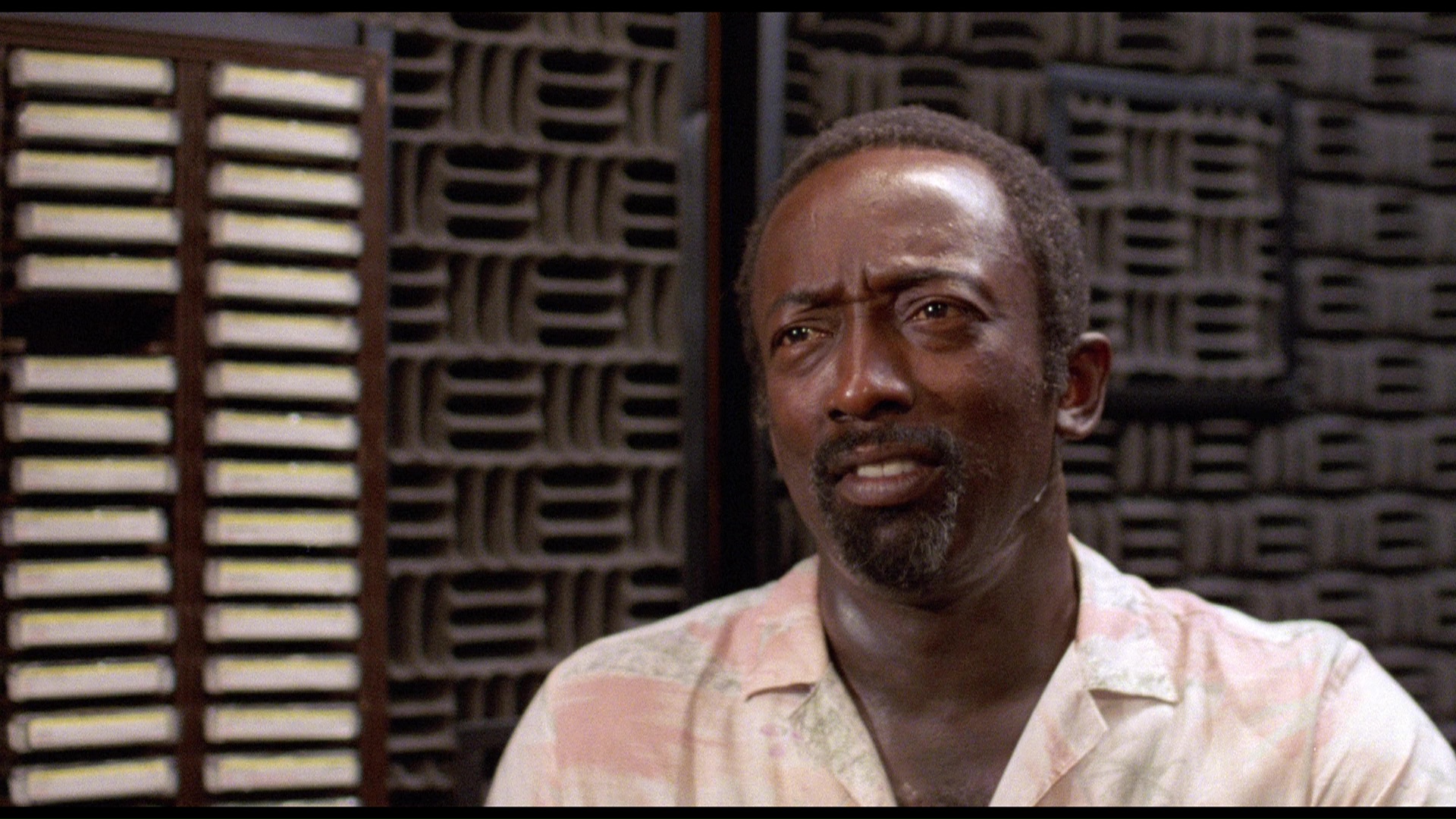 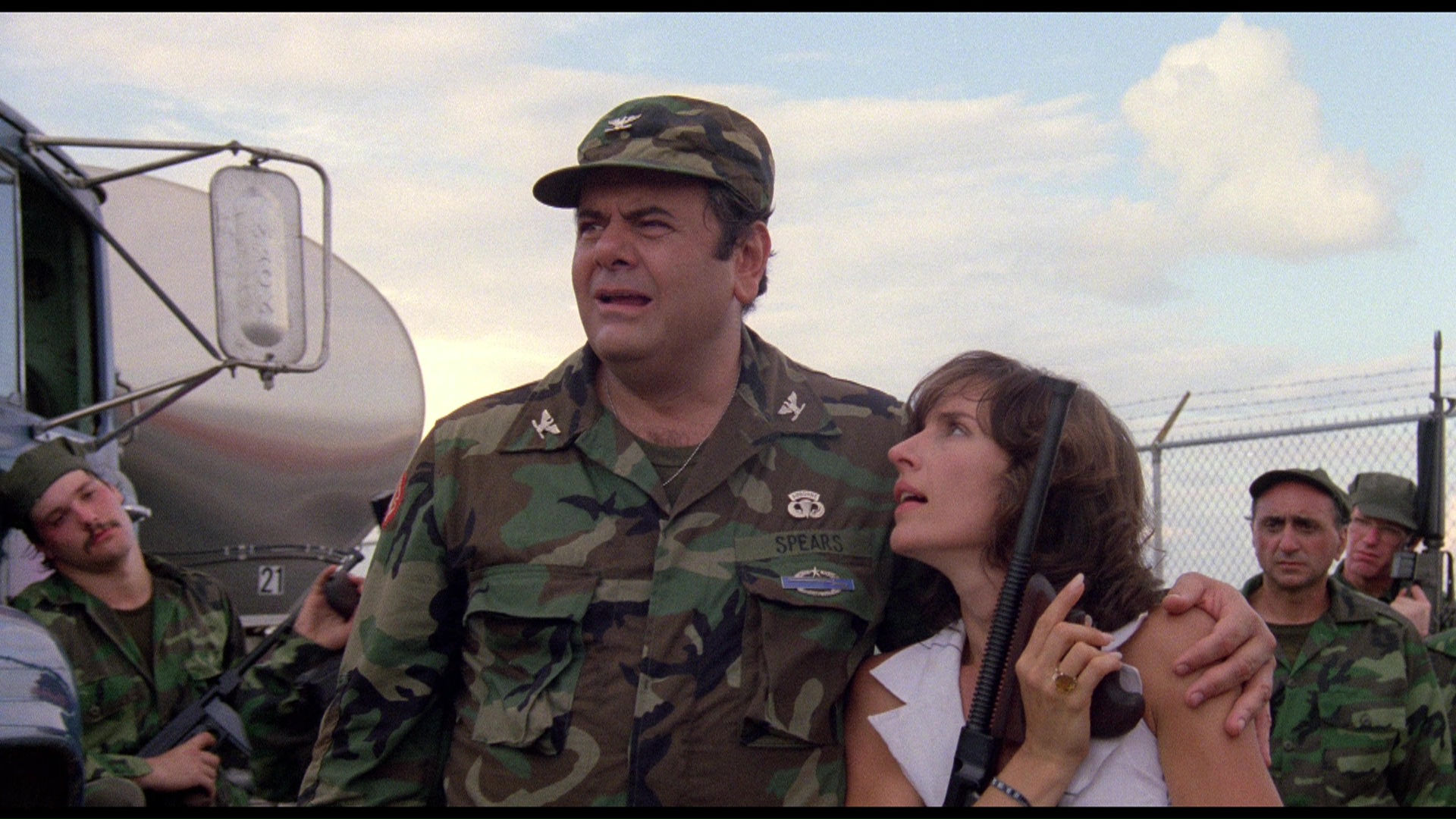 As with any Cohen film, The Stuff runs mainly on wit and sheer energy rather than logic or coherence. The editing is all over the place, arguably even more than God Told Me To, but the film is so endearing in its own shaggy dog way that it's hard to quibble. The ad campaign dreamed up for The Stuff is hilarious, with personalities ranging from Brooke Adams to Clara "Where's the Beef?" Peller gushing about their favorite foodstuff.

As with most Cohen films, The Stuff was shot open matte and presented at 1.85:1 in theatres -- that is, all thirty or so theatres that actually showed it. The film did much better on video, where its unforgettably gross (and misleading) cover art lured in plenty of '80s splatter fans. Anchor Bay's DVD released in 2000 contains the original poster artwork, which misleadingly implies that the stuff eats up its victims from the inside. The matted transfer here looks much better than the old VHS tapes, obviously. The animated menus designed like a commercial for The Stuff are terrific, as is the phony public service announcement trailer. Exclusive to this release is a Cohen commentary track, which increases one's appreciation of the film immensely as he rattles off anecdotes involving everything from Teamsters to Moriarty's hairpieces. He also points out a number of actors from his other films, including a 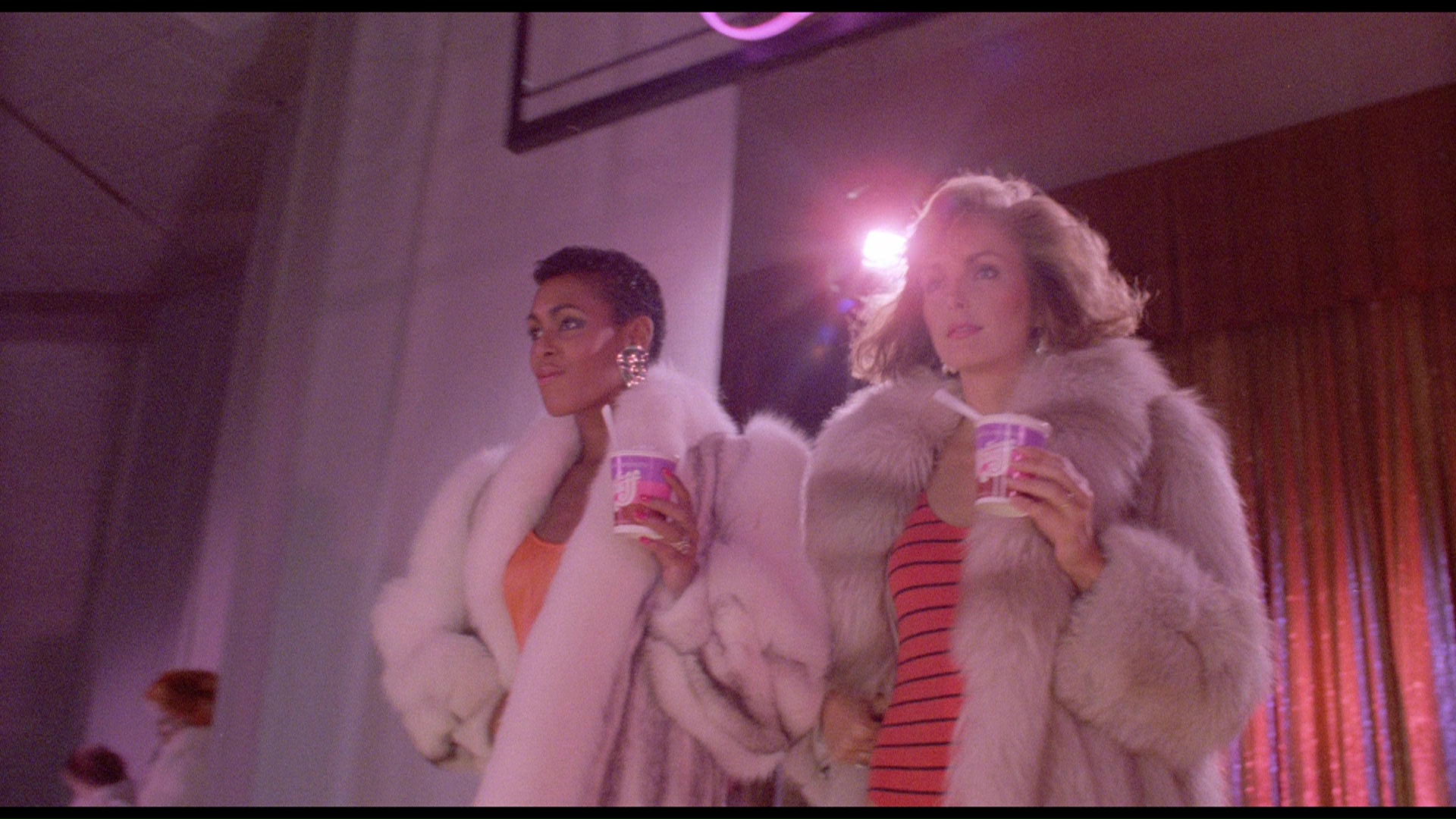 supermarket cameo from Special Effects' Eric Bogosian. Though he tends to repeat himself quite a bit, he keeps things making at a fast clip and proves to be just as witty as his infamous off-kilter dialogue. 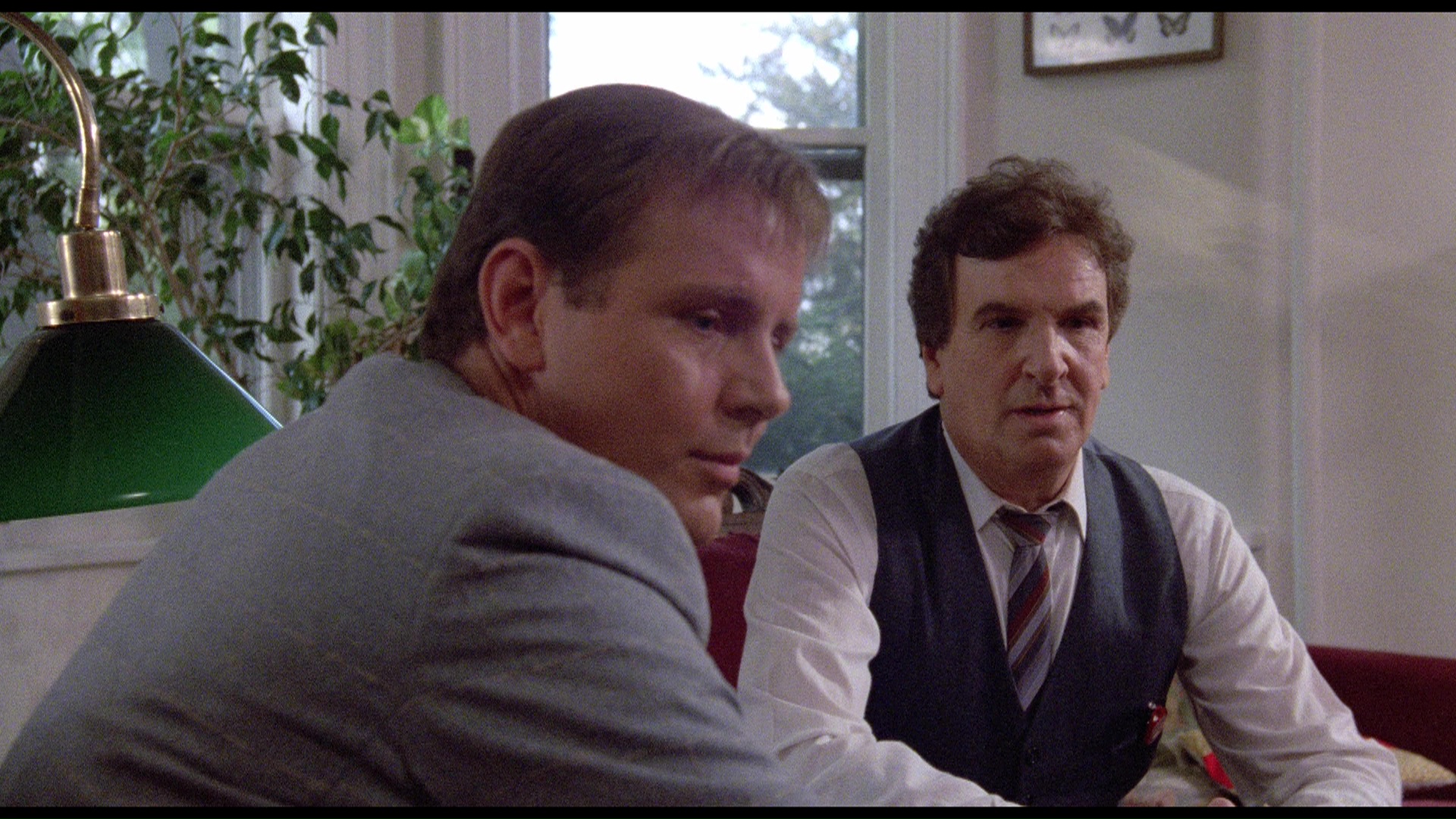 He also reveals that Morris was not quite, um, himself when they shot the film and reveals the original actor he wanted for the role. Incidentally, Jason's brother is played by the actor's real life sibling, Brian Bloom, who went on to become a TV star on Bandit and appeared in the New Horizons horror film Knocking on Death's Door.

In 2014, Arrow Video brought the film to Blu-ray and DVD in the UK (where it had earlier appeared as a stripped-down edition in 2010 from Boulevard Entertainment). The same Arrow edition (Blu-ray only, since a budget DVD edition was still out from Image) made it to U.S. shores in 2016, sporting the same transfer and extras -- and it's a winner either way. The HD transfer looks fantastic with the bold, often glowing color coming through perfectly and the hazy, distinctive '80s film stock texture remaining intact. The LPCM English audio sounds excellent, with optional English subtitles provided. Instead of the commentary you get the trailer in its original version and with Darren Bousman commentary for Trailers from Hell, and most substantially, "Can't Get Enough of The Stuff." Running 53 minutes, it's a lengthy look at the production of the film (sometimes reiterating stories from the commentary) with Cohen, producer Paul Kurta, makeup effects artist Steve Neill, Kim Newman, and actress Andrea Marcovicci offering an account of its unique charm and scrappy indie creation. The packaging features an essay by Joel Harley focusing on the film's place in Cohen's often satirical filmography.