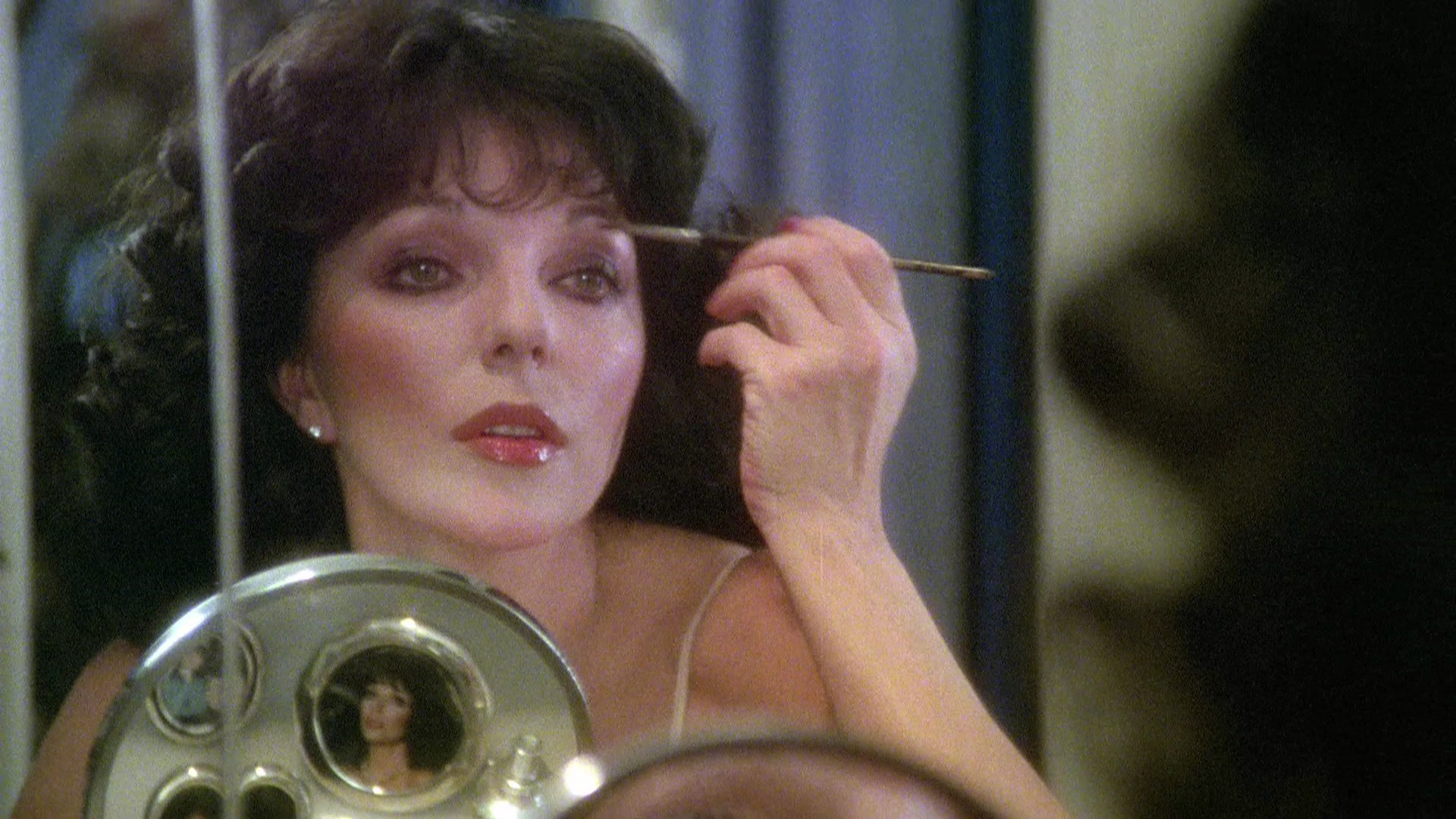 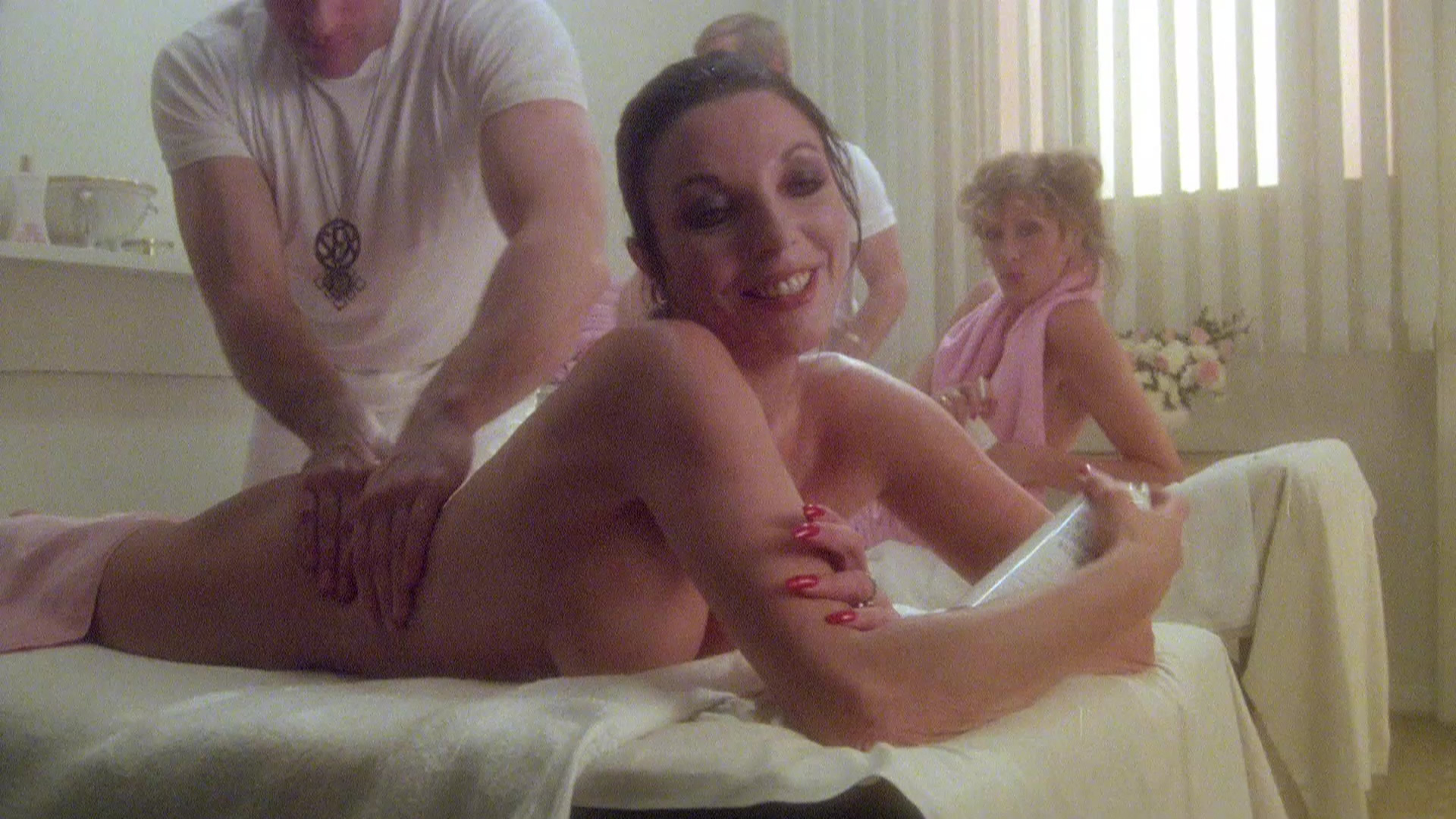 The undisputed queen of the sexy paperback potboiler, the late Jackie Collins ruled airport lounges in the '70s and early '80s along with her more firmly established male counterparts like Harold Robbins as well as more genteel fellow female writers like Danielle Steele. Soapy, junky, and wildly entertaining, her dozens of novels reveled in the lives of promiscuous, backstabbing jet setters who grabbed whatever they wanted but often at a high price. Needless to say, her stories were a perfect fit for the decadent waning days of the disco era when producer Oscar Lerman, Jackie's husband, signed on to bring Jackie's blockbuster novels to the big screen as British productions with Jackie herself writing the scripts. Even better, the whole idea was the brainchild of Jackie's older sister, a pre-Dynasty (and post-Tales from the Crypt) Joan Collins, who jumped at the chance to revive her career and star in two of the three resulting films, all of which became home video and cable TV mainstays throughout the '80s. First out of the gate was 1978's The Stud, based on Jackie's second novel published in 1969, which Jackie rewrote and updated numerous times over the years; its success inspired two more films in 1979, The Bitch and the non-Joan adaptation of Jackie's first book, The World Is Full of Married Men. (Where's that one on Blu-ray?) All of the films featured deliciously kitschy disco soundtracks (to accompany the many, many dance club scenes in the films), with LPs for all three released by the low-rent drug store vinyl outfit Ronco Records. Needless to say, anyone who doesn't grin the first time they hear the Olympic Runners' insanely catchy theme song for The Bitch has no sense of humor. 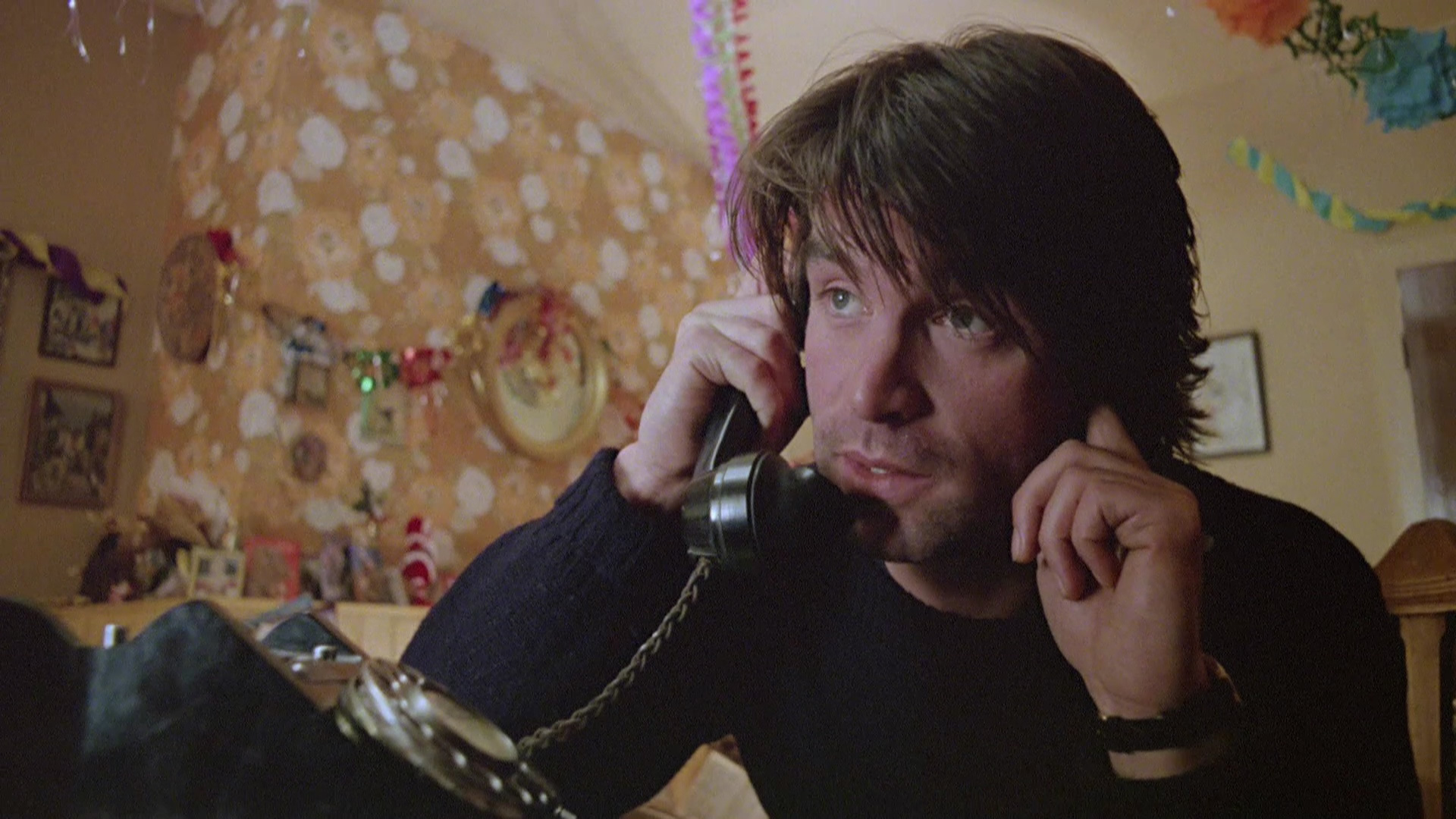 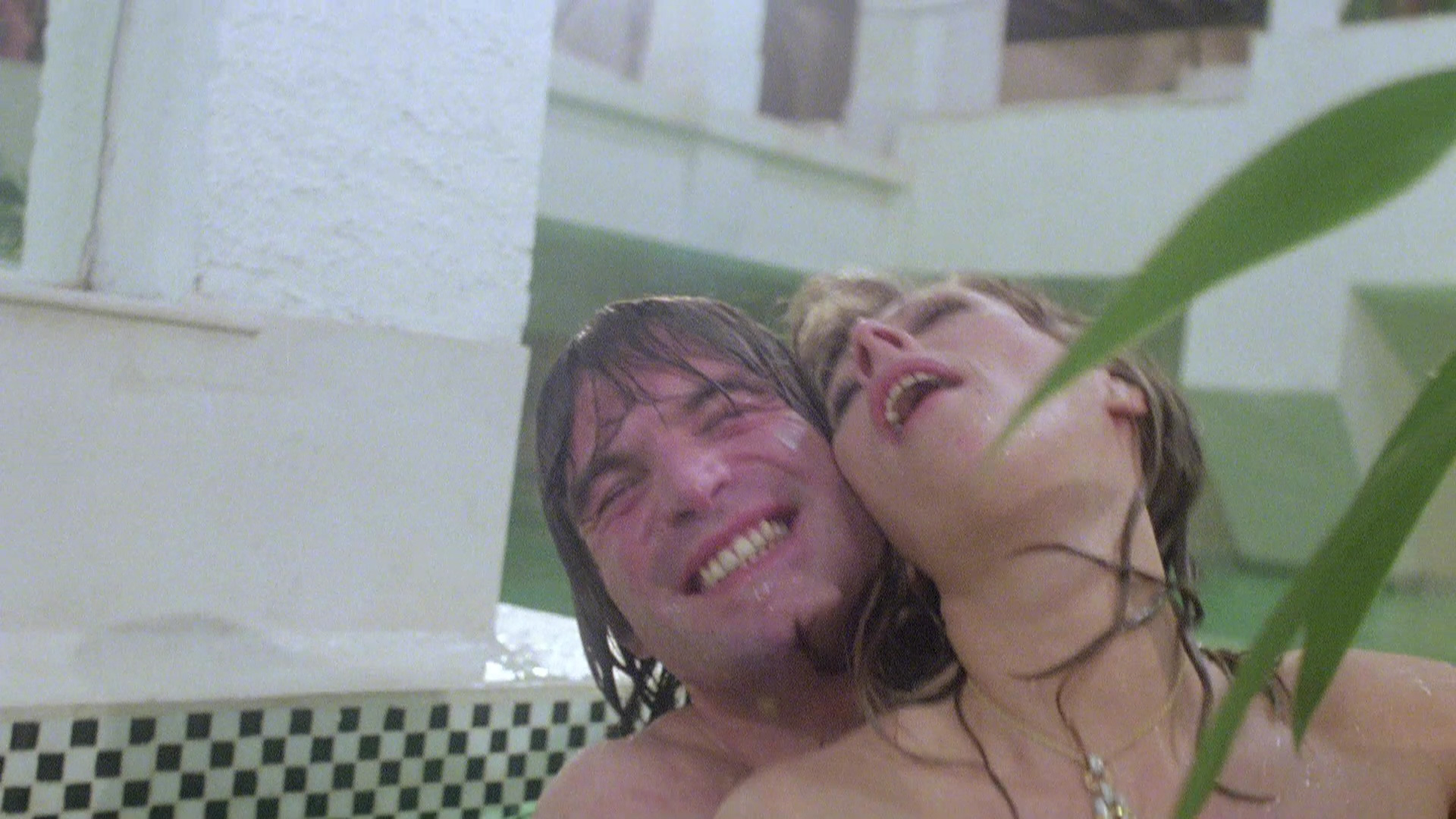 In The Stud, Oliver Tobias (a good actor in the Alan Bates mold who should've been a much bigger star) stars as the titular stud, Tony Blake, a gigolo who seems to have a different woman in his bed every night. However, his fortunes take a turn when he's hired to run a nightclub owned by Fontaine (Collins), the wife of a wealthy Middle Eastern businessman, and service her in the bedroom as well to keep his job. Debauched and demanding, Fontaine expects undying devotion from Tony, but he dreams of opening up a club of his own and partying with the movers and shakers of London. He soon becomes involved with Fontaine's scheming stepdaughter, Alex (Jacobs), and quickly comes to realize the high life may not be all it's cracked up to be as a vengeful Fontaine will do anything she can to stay at the top.

Gleefully lurid and crammed to the gills with campy dialogue, The Stud is designed to appeal to the basest impulses of moviegoers at the time, which means it's aged beautifully in a perverse sort of way. The hopping soundtrack and a vampy turn by Sue Lloyd (Corruption) would be enough to earn this a permanent spot in the trash movie hall of fame, but what really puts it over the top is that scene at the one-hour mark, a crazed, drug-fueled dinner party next to a swimming pool that soon turns into a pansexual orgy complete with a totally naked Joan having the time of her life on a swing (and Tony getting a then-shocking surprise from another admirer). They really don't make 'em like this anymore, and it's doubtful anyone could no matter how hard they tried. 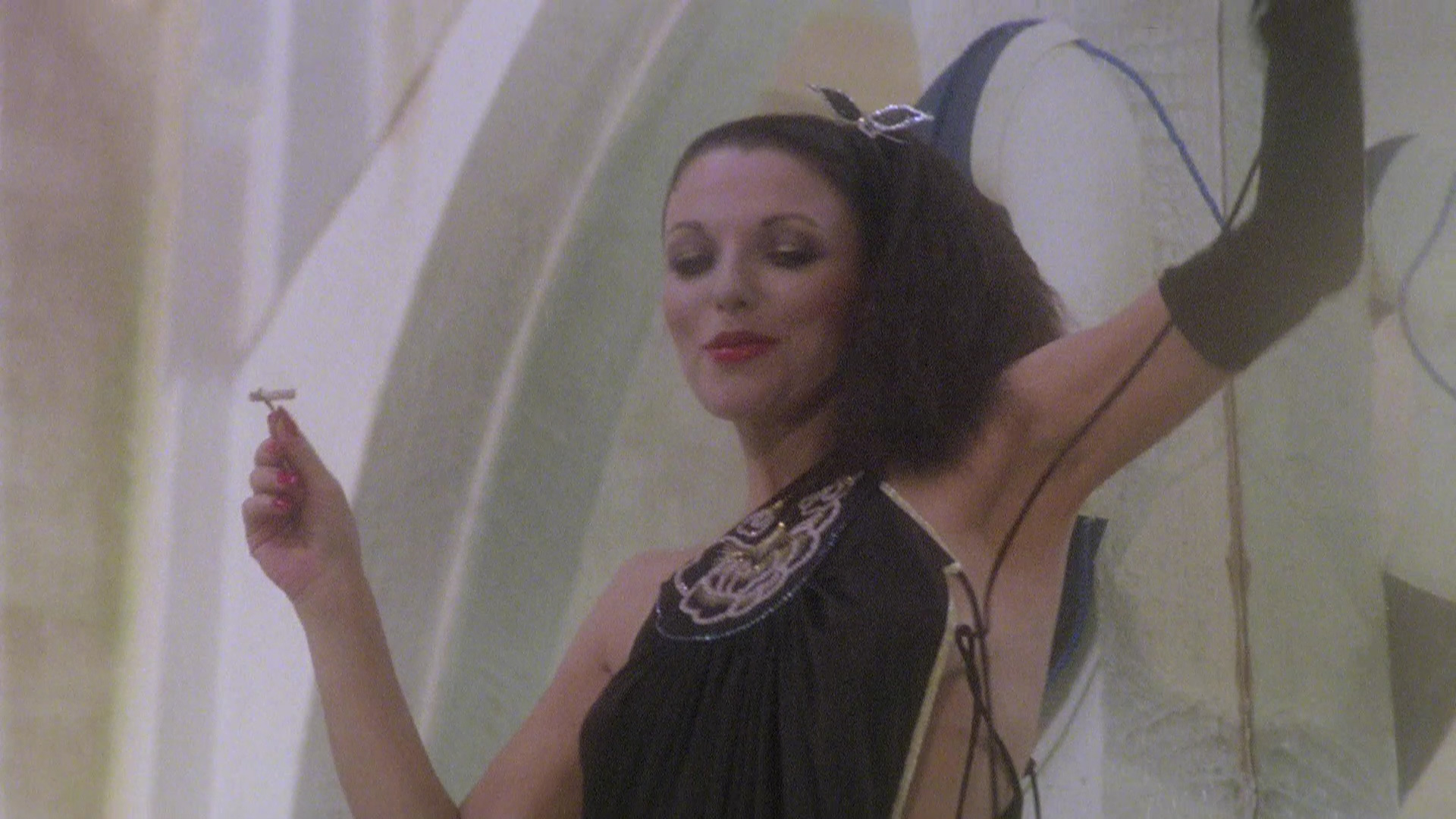 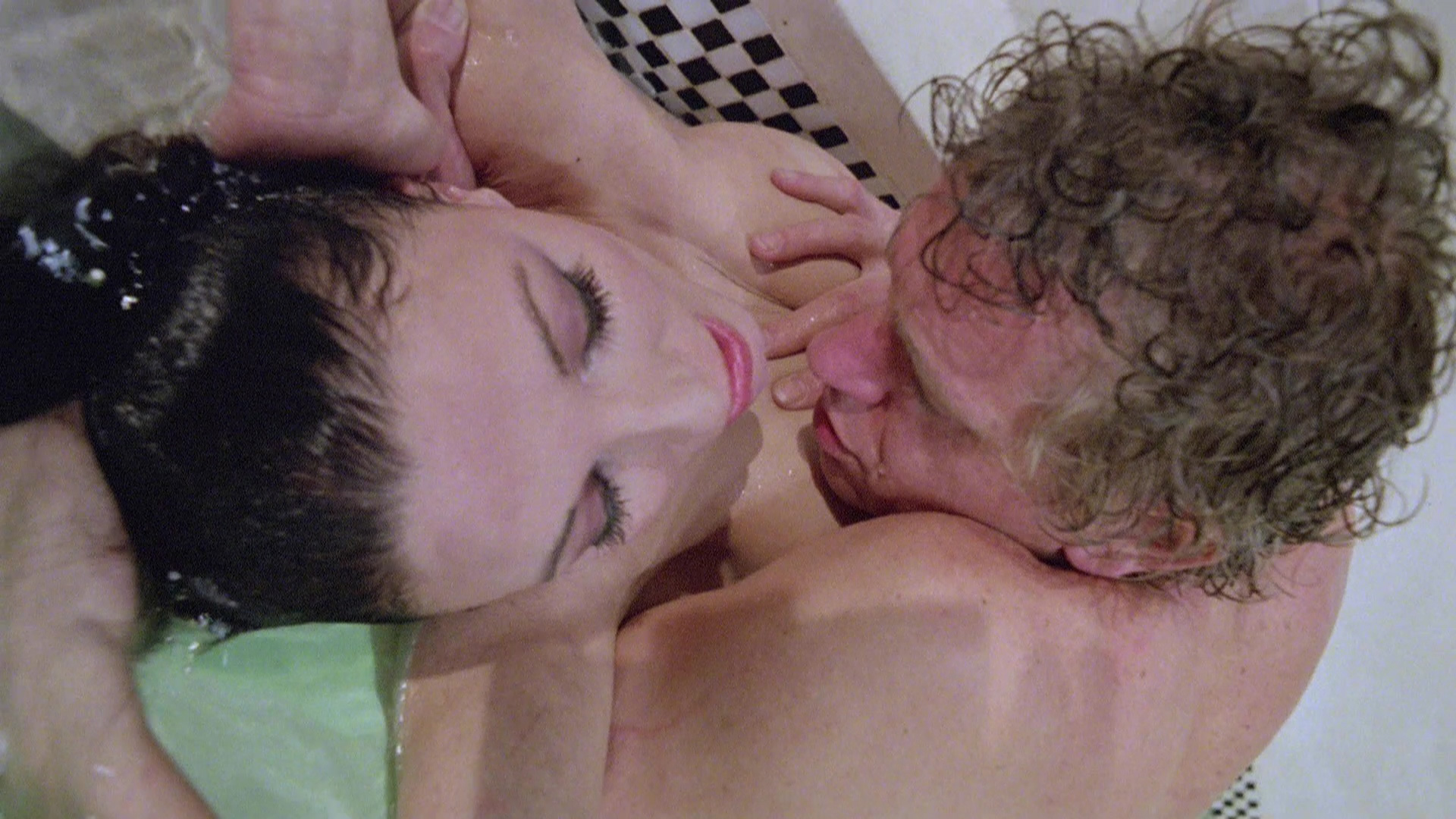 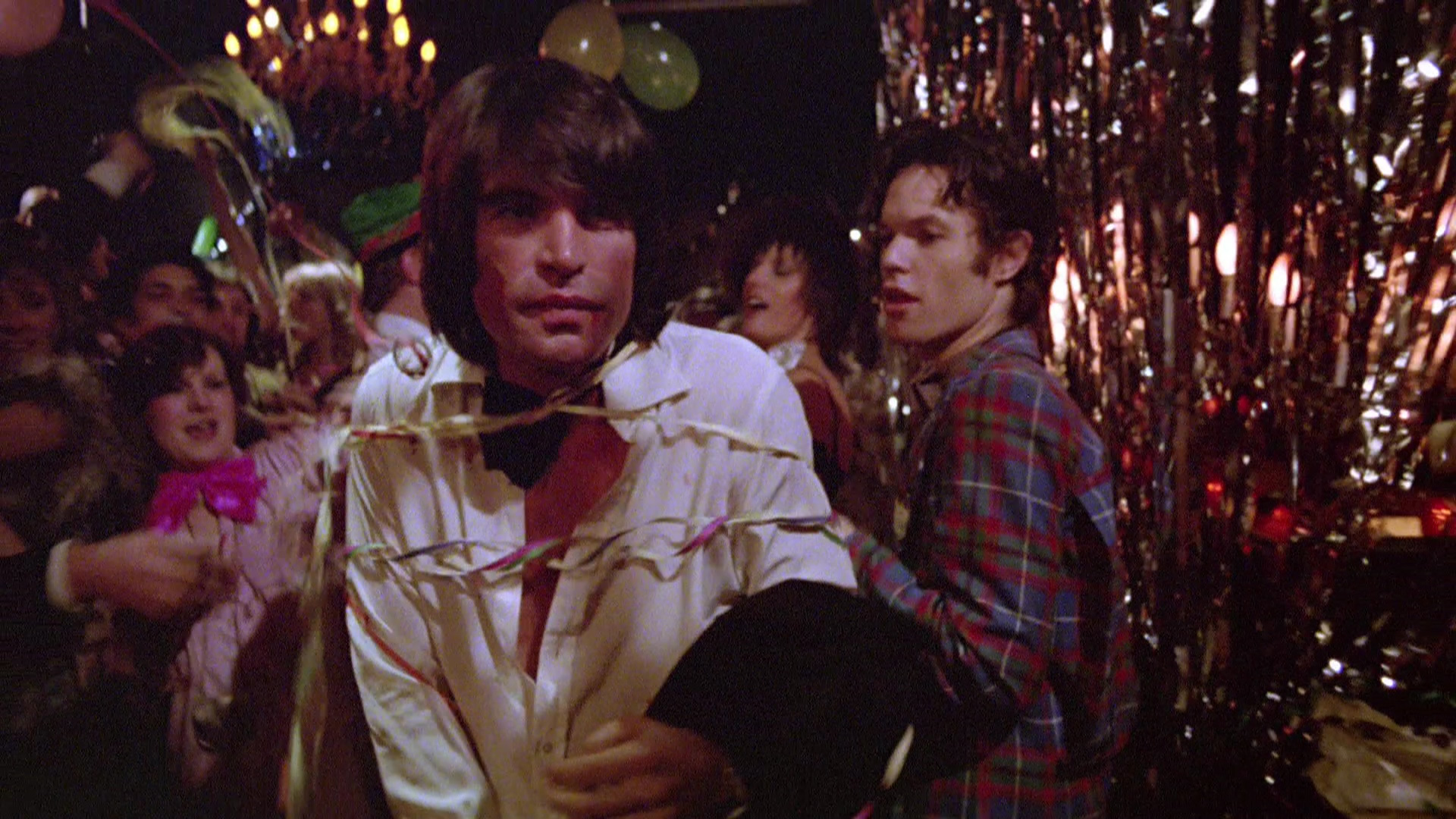 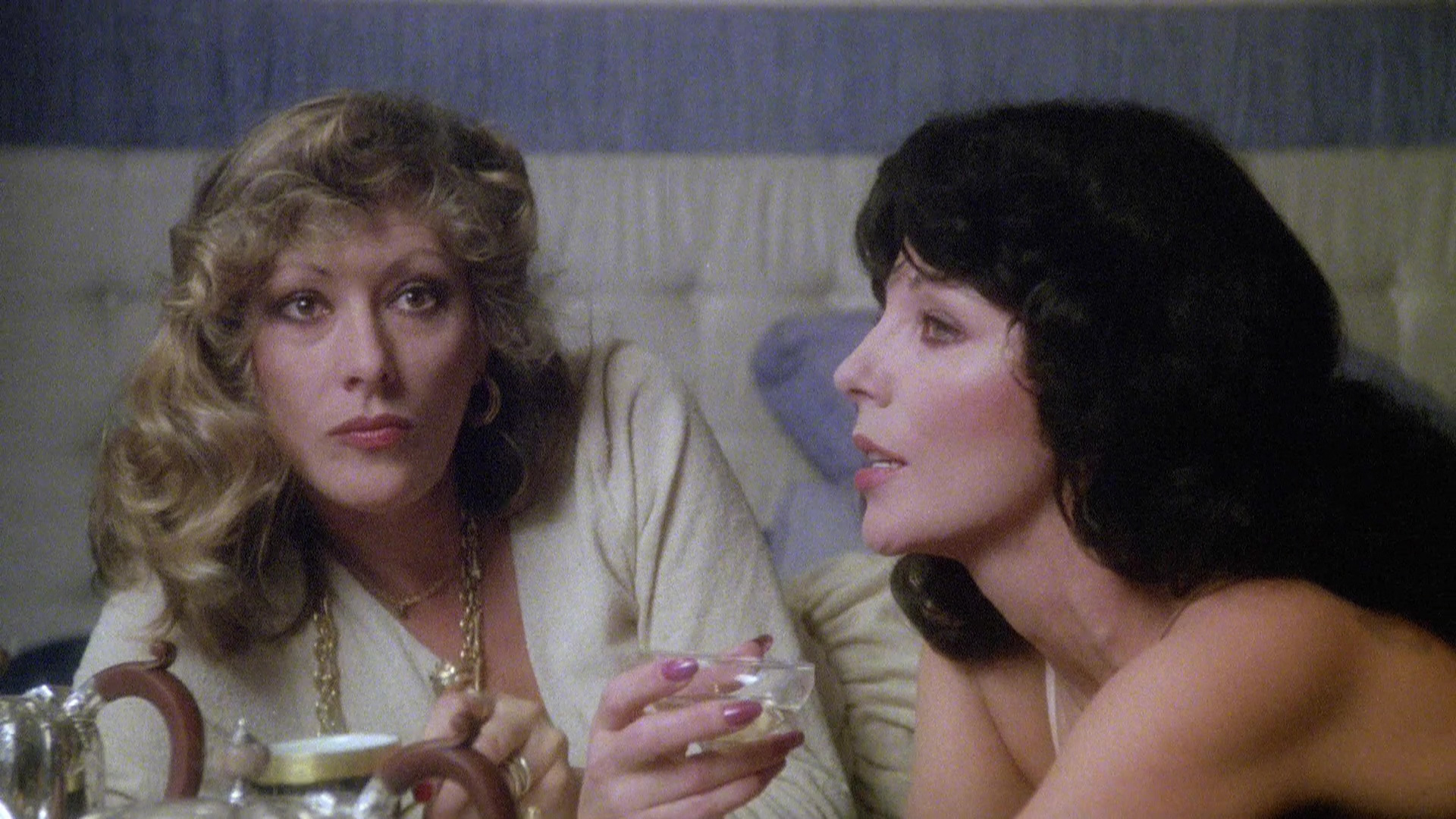 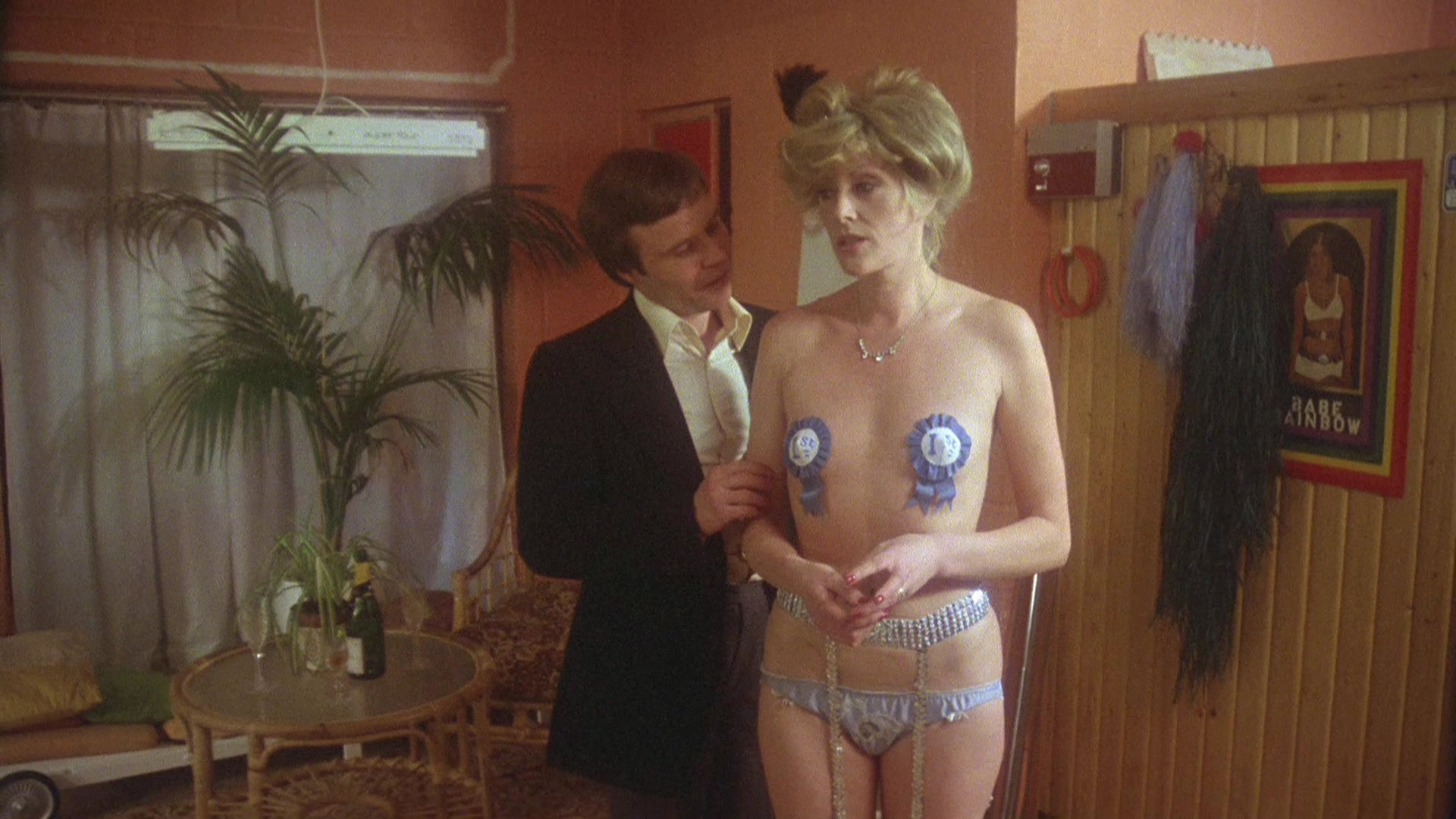 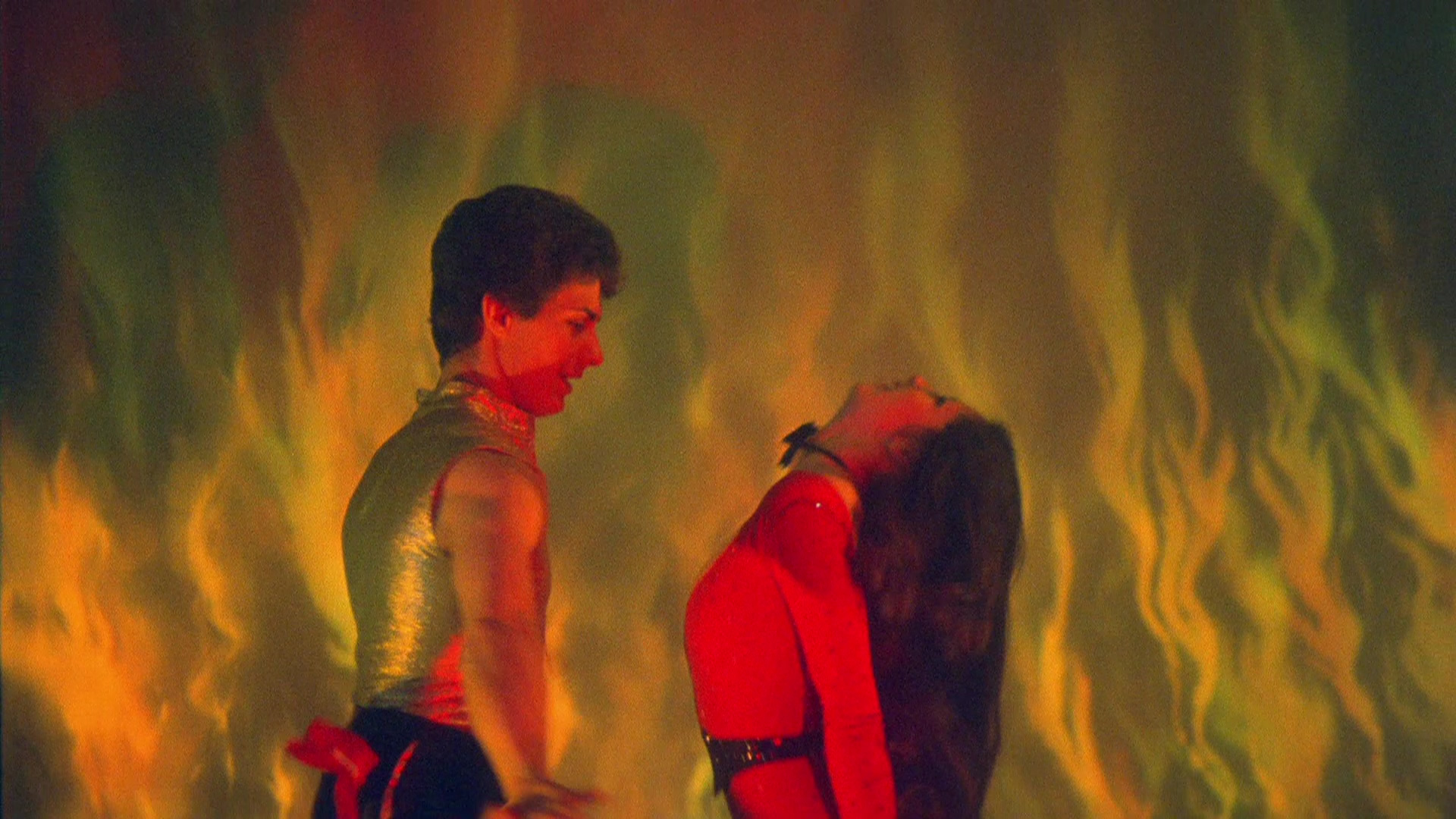 A direct sequel, The Bitch finds Joan in fine form returning as Fontaine (with Lloyd in tow again) still having management issues with her disco hot spot, which is shown here with even more extended, eye-poppingly colorful dance scenes. Now a single woman, she becomes entangled with Nico (Coby, a.k.a. Antonio Cantafora, the lead from Baron Blood), an Italian emigree with suspicious ties to the mob back home -- and in London. Jewel smuggling enters the picture with Nico trying to pay off his debts, and everyone sleeps with everybody else including a much tamer variation on the swimming pool scene with a bunch of "water babies" splashing around naked in the deep end. And that's pretty much it. Also wrapped up in the intrigue is bizarre supporting cast including a ragged-looking Ian Hendry (who would be deceased five years later), a spunky Pamela Salem (who would go on to play Miss Moneypenny in Never Say Never Again), and weirdest of all, a young, bearded John Ratzenberger, long before his days on Cheers and seemingly every single Pixar film, not to mention Motel Hell). Plus this film gave the world the indelible image of Joan stripping out of a black corset and chauffeur accessories, a standout moment among the wild history of '70s British sexploitation films.

Released in several so-so full frame home video iterations over the years from the same companies, The Stud and The Bitch have been popular items ever since the early VHS days and, relatively speaking, 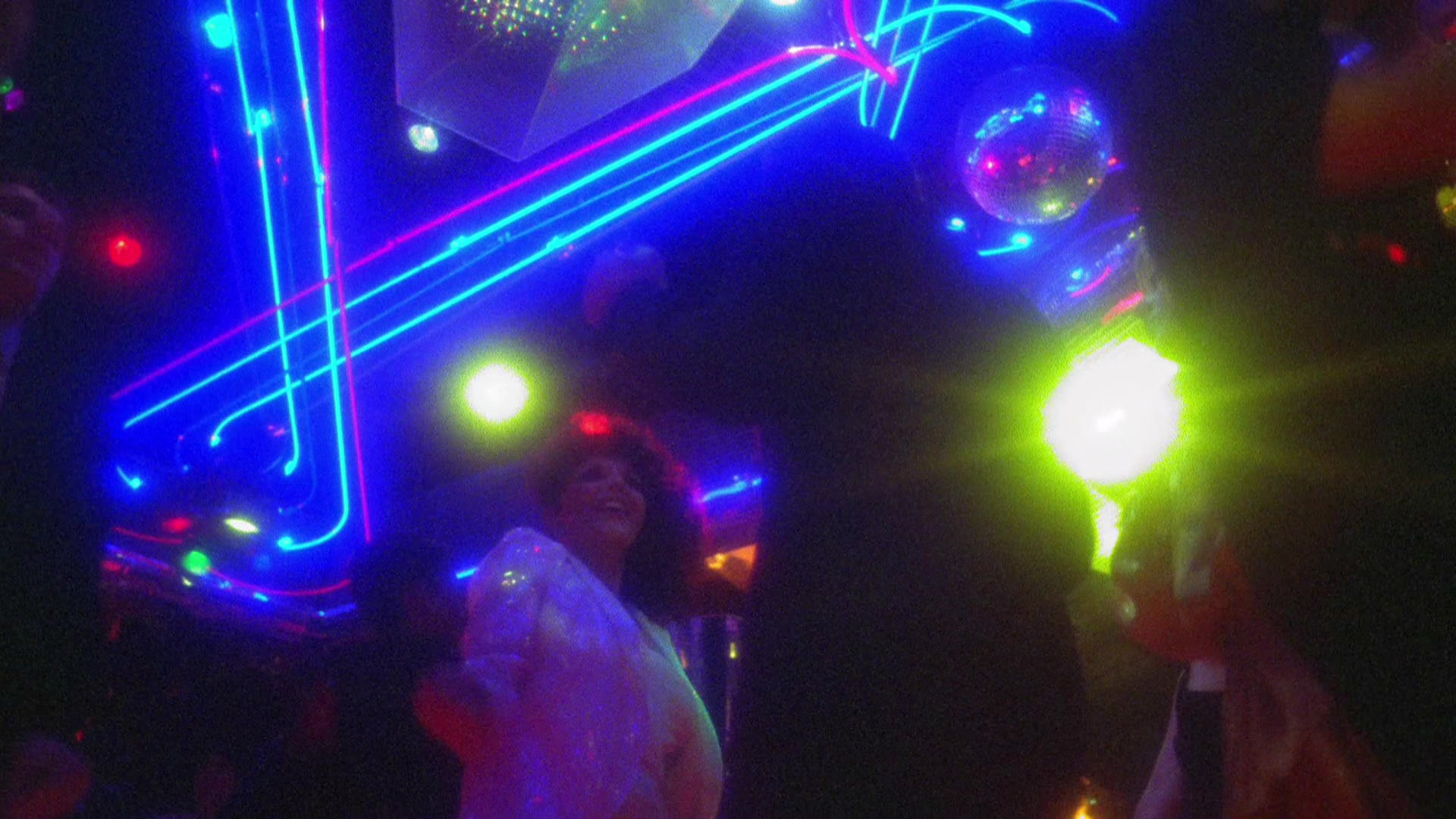 fare their best on the 2017 Blu-ray and DVD editions 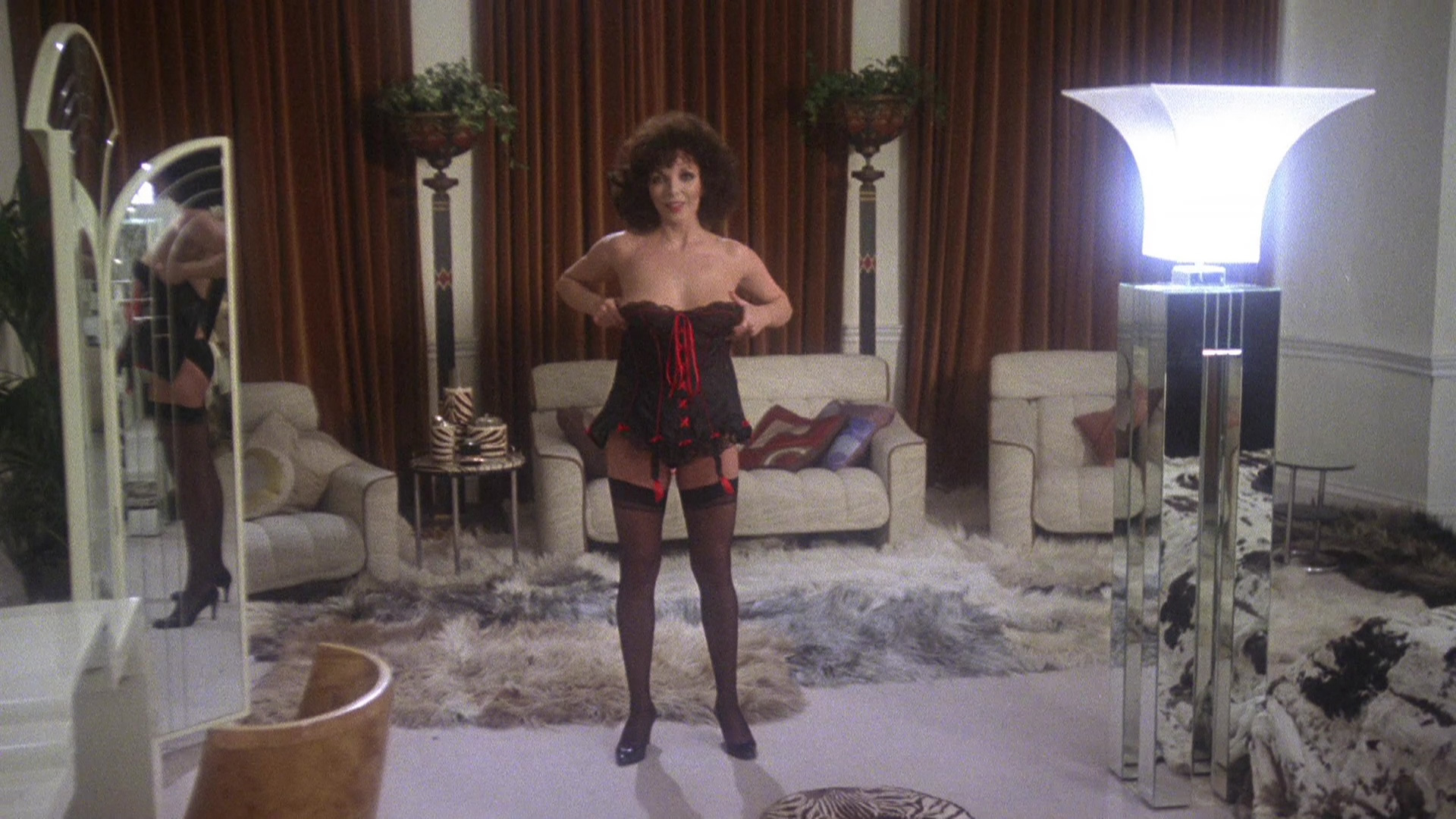 from Kino Lorber. Both films have a grainy, unassuming appearance for the most part due to heavy filtering reminiscent of perfume commercials of the era, with the disco scenes popping the most thanks to their gaudy colors and flashy lighting. The Stud has visibly inconsistent black levels that seem to be more due to the original film elements than transfer issues, due to their film stock or fading over time; some scenes are flat and on the milky side with digital chunkiness, while others have rich, deep blacks with a nice sense of depth. In other words it's a bump over the DVDs, but don't expect anything amazing. The DTS-HD MA English mono tracks for both sound bouncy and clear throughout, with the dance tunes faring well enough to induce a sigh from anyone who remembers the days of K-Tel Records.

Both releases feature theatrical trailers for both films and appropriately catty, bemused audio commentaries by David Del Valle and Nick Redman, who have a ball extolling the virtues of Joan Collins in her prime, covering the basics of Jackie's literary career (which also inspired the outstanding "Lucky Bitches" sketch on French & Saunders), the differences between the novels (with the non-Fontaine characters frequently getting chopped down), the appeal of predatory women, the story behind curious production company Brent Walker, and some of the previous, more curious casting choices considered for the key roles. (The mind boggles at the thought of Tom Jones as The Stud, to put it mildly.) The Stud was announced to feature a Tobias interview that sadly didn't materialize, but The Bitch also features a career-spanning, 18-minute interview with Gerry O'Hara (That Kind of Girl, All the Right Noises), who chats about his first encounter working with Joan Collins on 1957's Island in the Sun for Robert Rossen and getting along well with her on this film, complete with its "nude frolicking," Cantafora's inability to speak English, and O'Hara's "fetish" for mirrors. 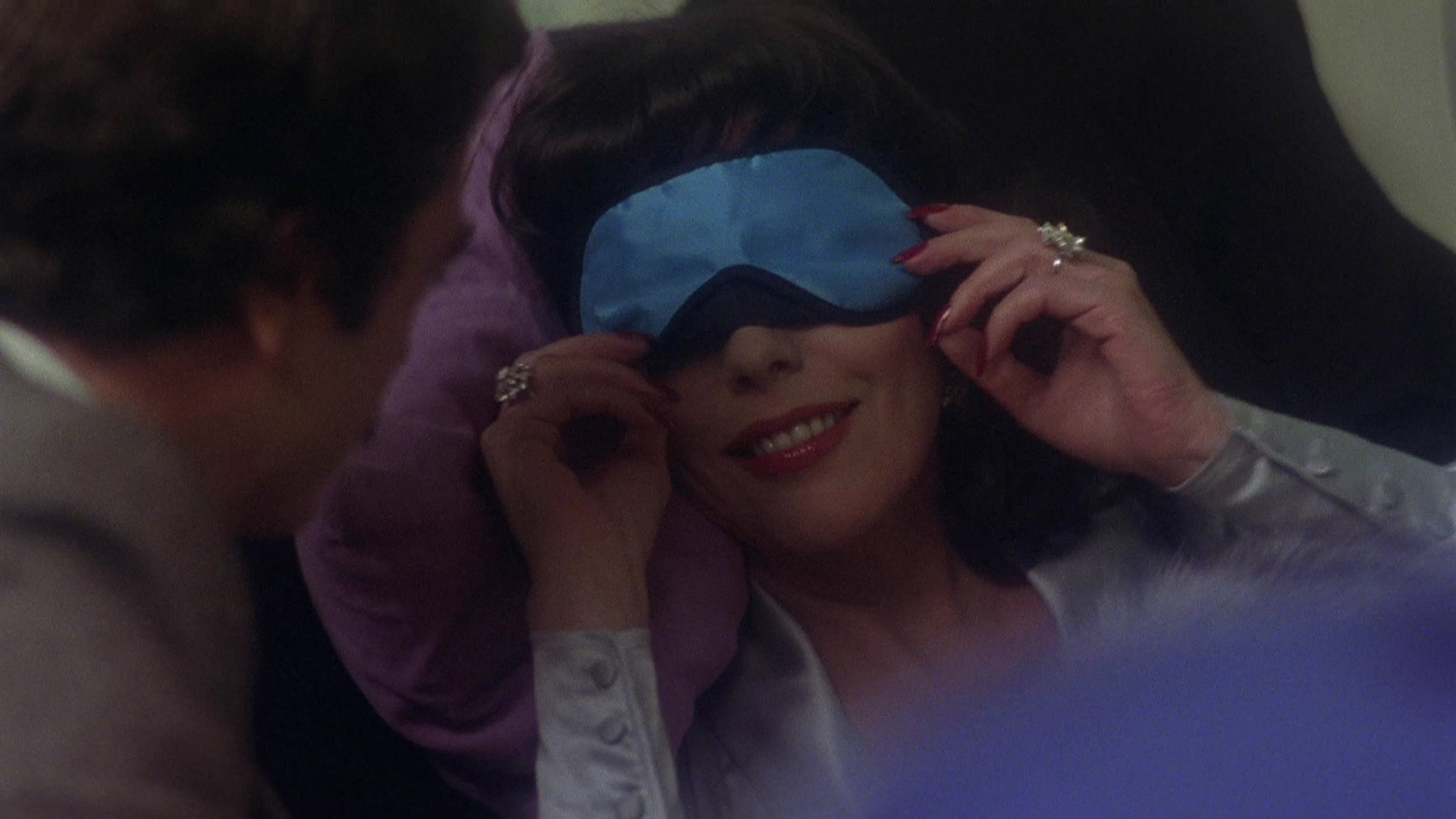 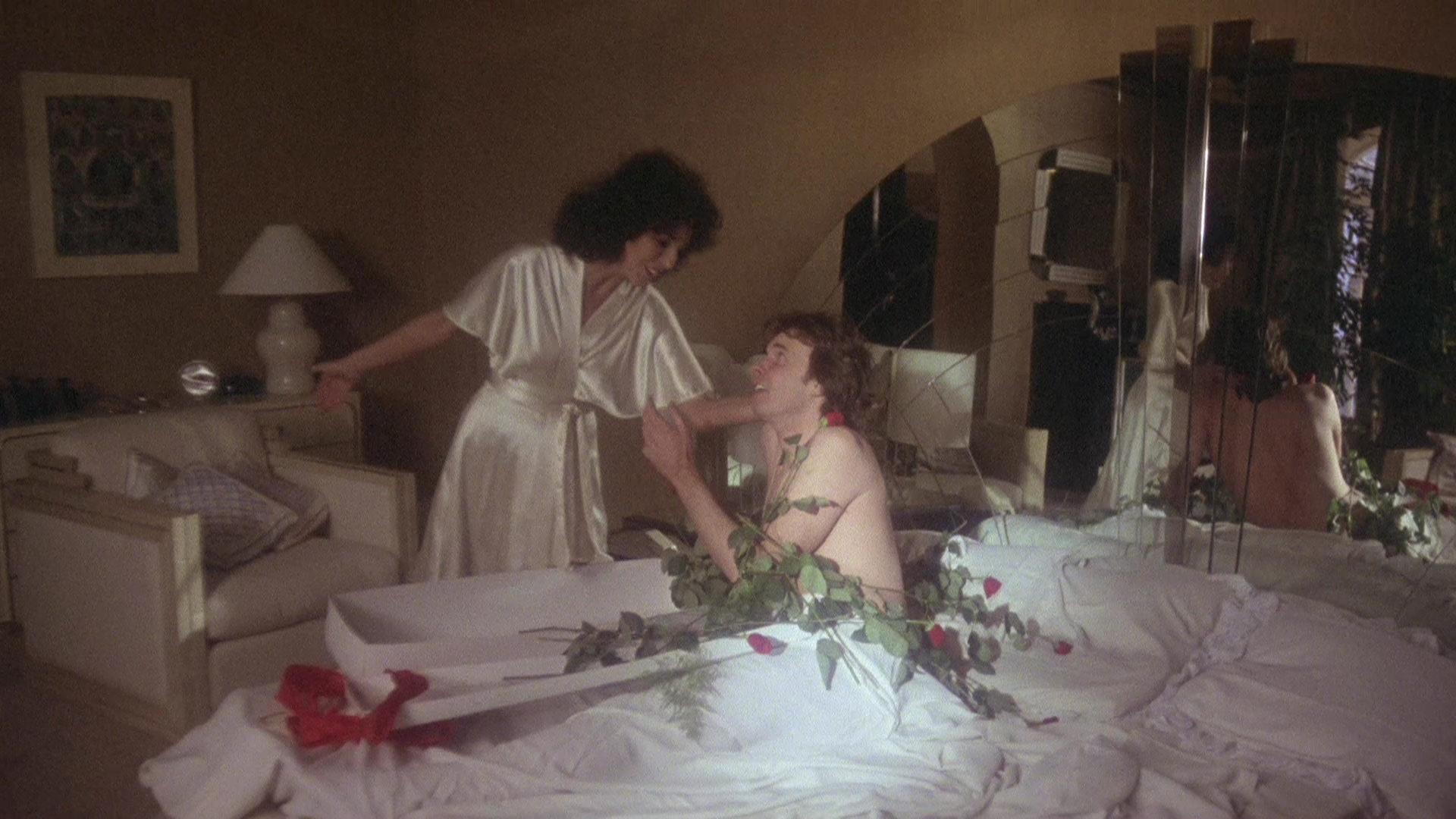 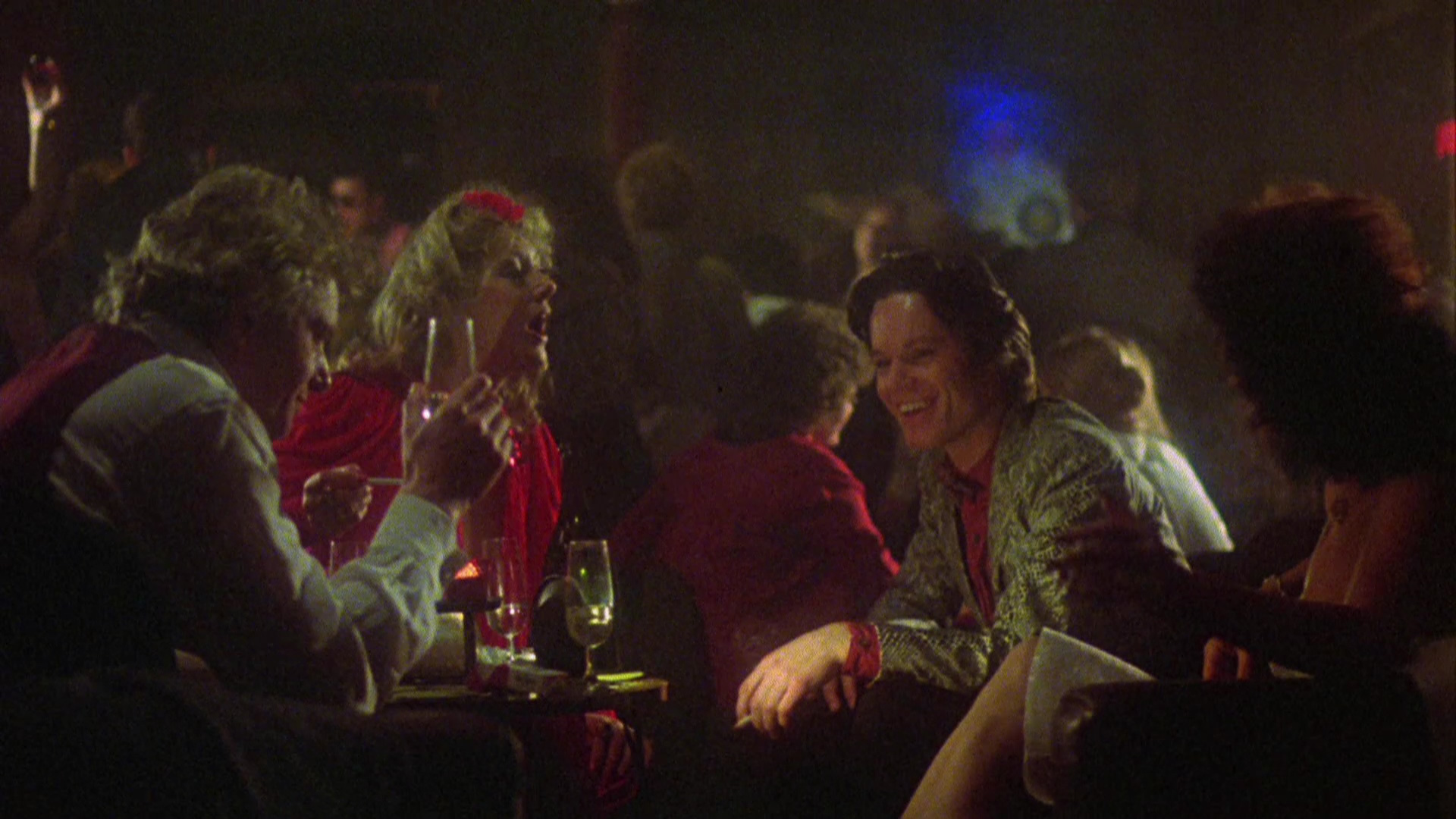 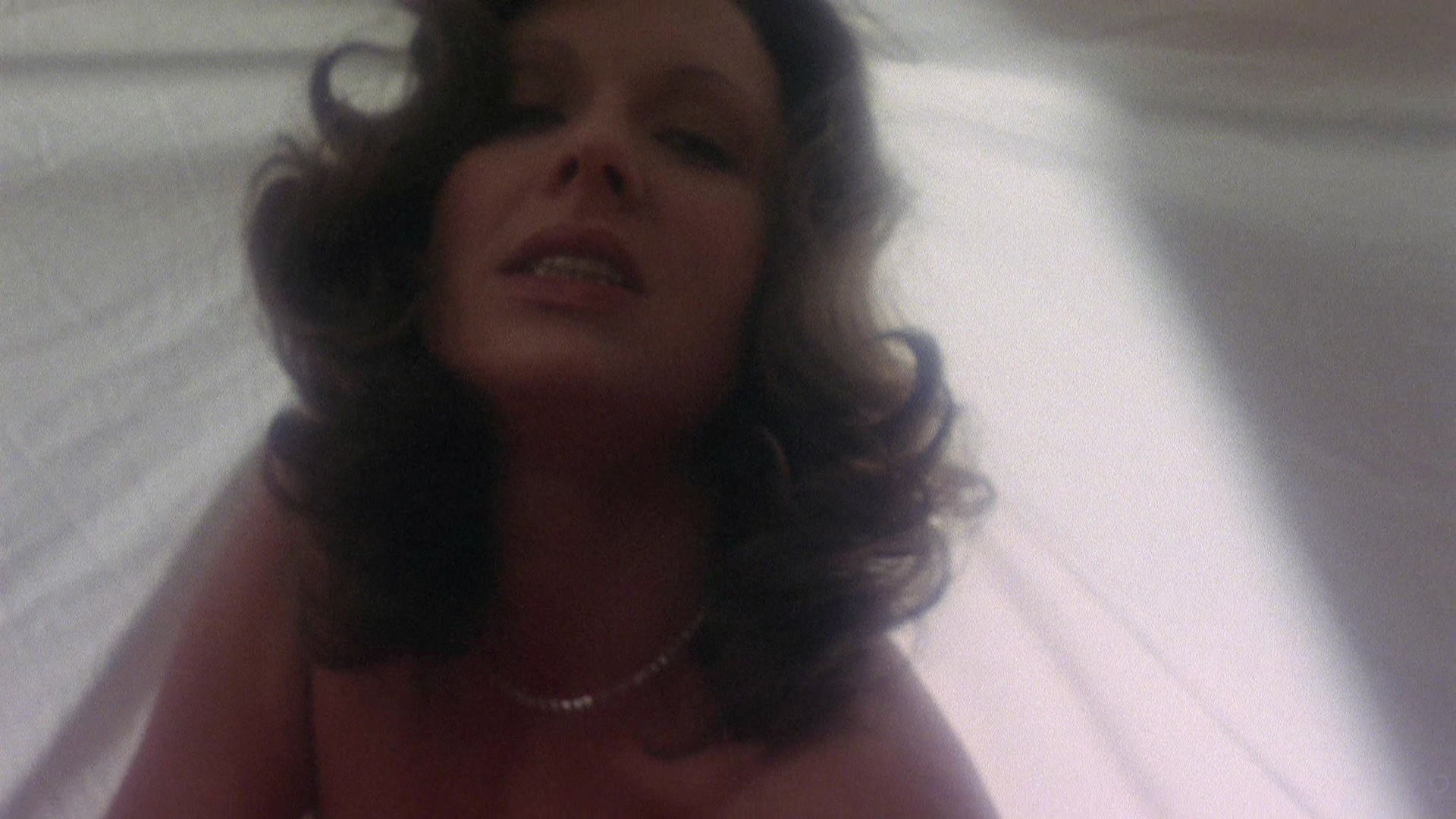