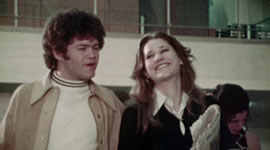 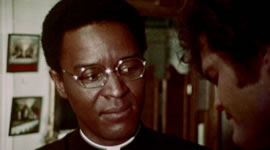 Murder, funk music, and racial tension fuel this sweaty thriller, marketed as a horror film but closer to a cross between a giallo and a trashy airport paperback. Today it's best remembered as a rare starring vehicle for Micky Dolenz, who launched to fame on TV courtesy of The Monkees and enjoyed a long career as an actor on both the stage and the small screen for decades. However, the film also has plenty to offer on its own as a chunk of vintage drive-in insanity with a couple of truly nutty plot twists to keep viewers on their toes.

Sweet young thing Denise (McCullough), a "lady of culture and breeding," flies back home to Baton Rouge from Vassar, or as her older brother Dan (Ralston) calls it, "that damn Yankee institution." At dinner with Dan and her younger brother Vance (Dolenz), she announces that she's dropping out of school... because she's pregnant and about to get married. On top of that her beau is black, which sends the incredibly racist Dan on a violent tirade as he insists she get an abortion. Denise takes off to find comfort in the arms of her lover only to 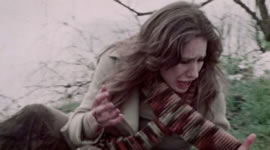 have him shot dead by a rifle-wielding hippie sniper in front of her, and soon after she's bumped off herself by a glove-wearing assailant who drowns her in the bathtub and disguises the scene as a wrist-slashing suicide. Also newly returned to the area is Father Jesse (Patterson), a black priest who's sent off to help repair the rift that's formed between Dan and Vance over the whole Denise situation. On top of that the brothers have a weird romantic tangle with Dan now engaged to Vance's ex, Carol (Barrett), while Vance is now a raging alcoholic and dating the priest's colleague Ann (Tilley). Not surprisingly, Dan's big wedding turns into another fist fight complete with racist epithets, but that's just the beginning as a killer wearing white gloves seems to be on the loose. Poor Carol gets attacked by a venomous snake stuck in a bouquet of flowers, that hippie sniper tries to carry out another job, and for some reason Dan blames his brother for the murder. But could there be another motive at work here? 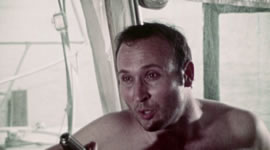 Sharp-eyed viewers who pay attention to Denise's note at the beginning should be able to parse out the basic gist of the film's big twist, but the execution and details of it are something else entirely. If you try to tackle this film as any sort of serious look at racial relations in the early '70s, you won't get very far apart from the fact that bigots are bad and revenge is a nasty business. Technically the film is something of a mess complete with muddy live sound recording, an inability to decide on the spelling of "Jesse" vs. "Jessie," and dialogue flubs aplenty (with Denise referring to her brothers by the wrong name on multiple occasions and Dolenz hilariously unable to pronounce the word "racist"). Of course, that also just adds 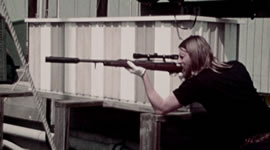 immensely to the entertainment value, and the last-minute "sting" before the end credits is an insane bit of business that just muddies the waters even further. (Once you know the killer's motivation, it seems like a pretty extreme overreaction given the huge body count involved.) Loads of fun and never dull for one second.

The Night of the Strangler (which features no strangling and takes place mostly in broad daylight) was a bit of a tough sell for American distributor Howco, who also gave us the Gerald McRaney shocker Night of Bloody Horror. It landed on VHS from Paragon under the current title after theatrical reissues tried out a few alternate names like Dan's Dirty Women, The Ace of Spades, and Is the Father Black Enough?, and the presumably public domain film has been bootlegged several times on DVD from labels like Mutant Sorority and Synergy, all taken from that ancient '80s-era transfer and looking about as shoddy as you'd expect. The bare bones Vinegar Syndrome DVD is another in their line of releases spotlighting the American Genre Film Archive, whose 35mm print was used for the fresh 2K scan seen here. Obviously it's a big step up simply by virtue of the fact that it's the first properly framed release anywhere on home video, and the detail levels boost considerably with a much finer appreciation now provided for the film's period outfits and interior decorations. Colors are on the faded side (with reds in particularly looking muted), but it's still by far the best way to experience this crazed little nugget of '70s genre mashing in the privacy of your own home.