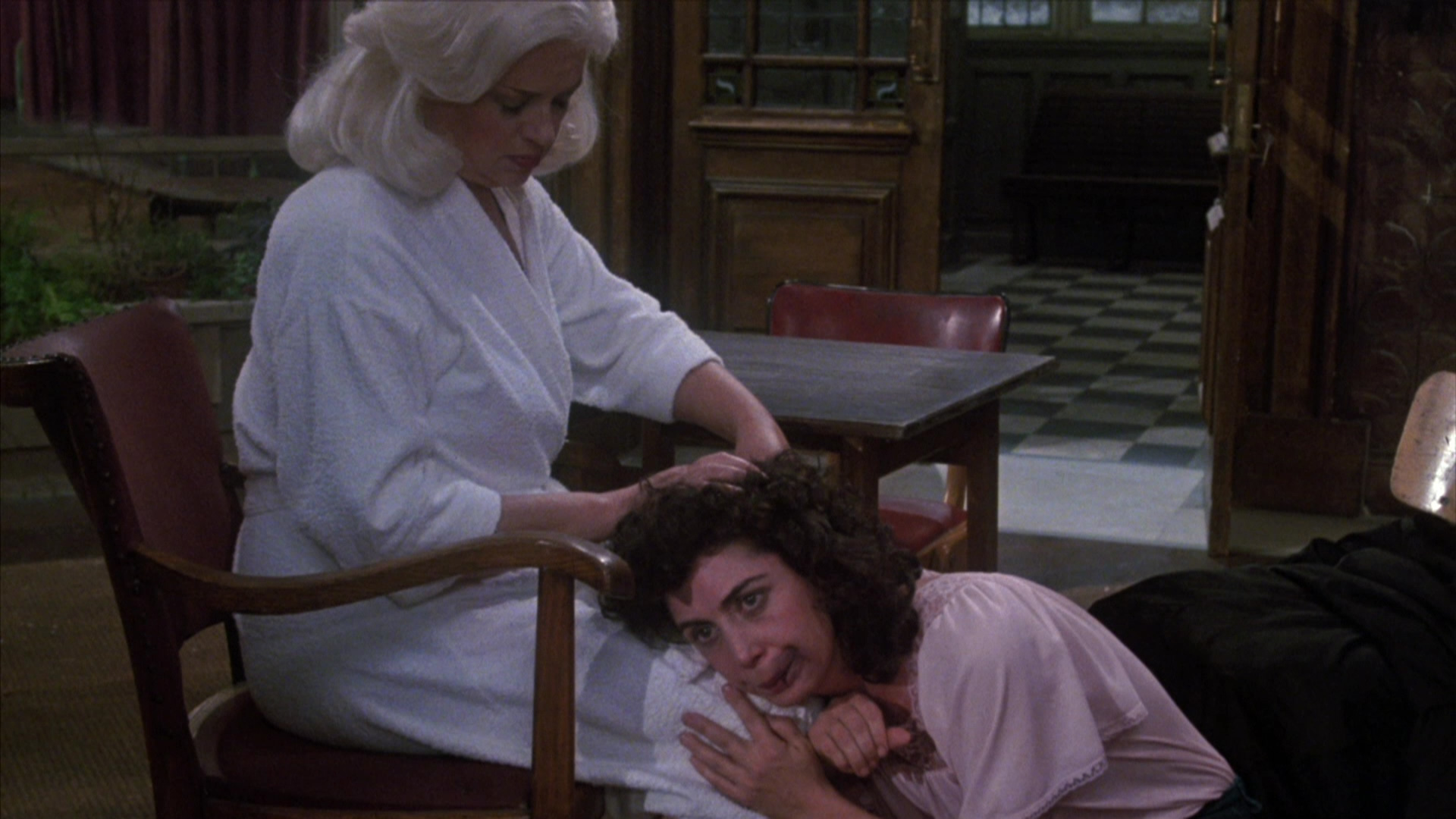 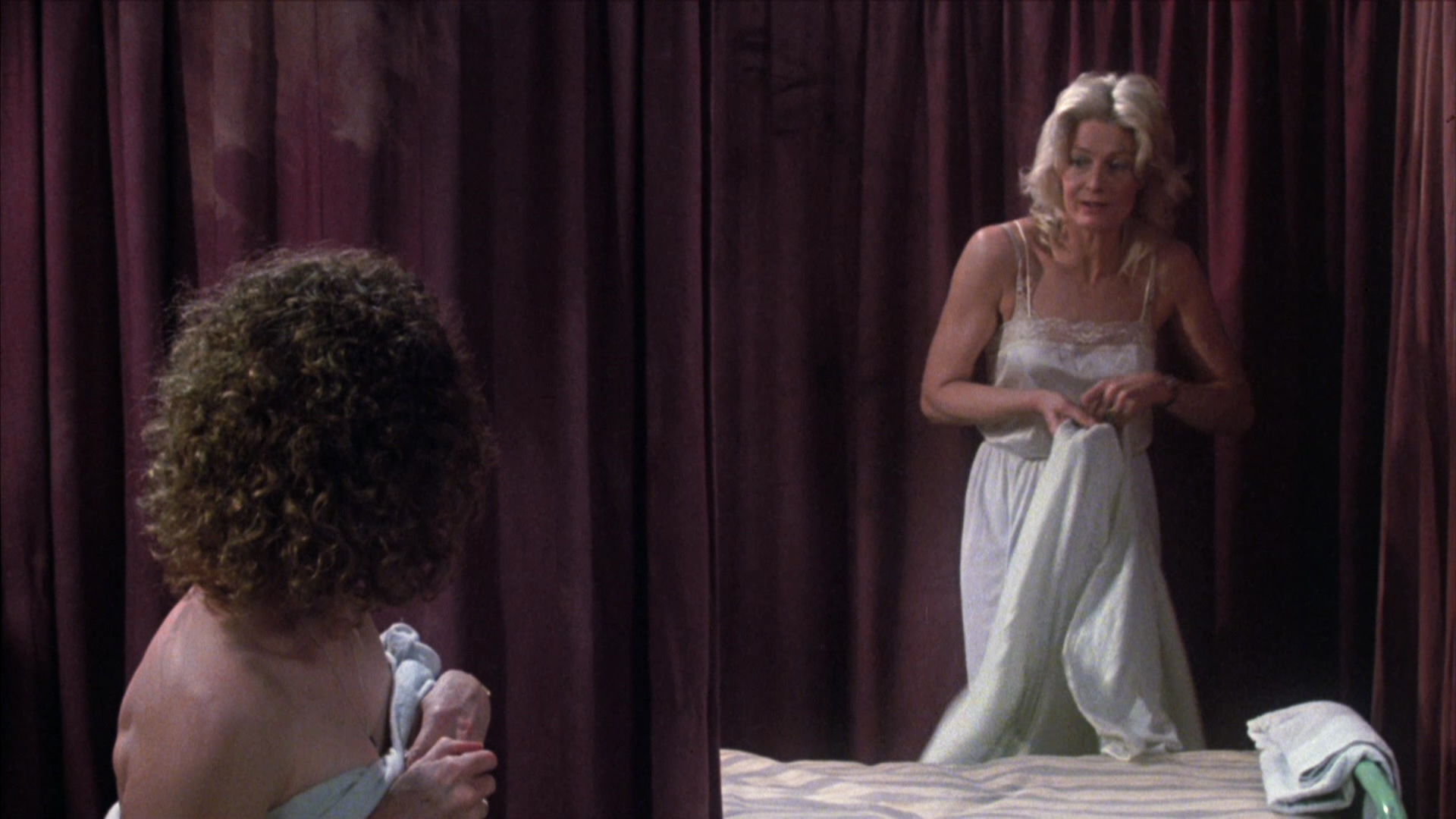 Exiled American director Joseph Losey had already been gone for several months when his last film, Steaming, was released in 1985 by New World Pictures as a specialty art house title – a tactic taken with almost all of his wide variety of projects since the 1960s. Often disparaged by English-speaking critics in the later stages of his career, he turned out a wide variety of films that have almost all aged very gracefully, even such once-mocked productions as Boom!, Figures in a Landscape, and Modesty Blaise. Near the end of his career he made a return to England, the location for some of his most famous films starring Dirk Bogarde, and turned out one final hurrah that made for an oddly cheerful swan song.

Here we find him in a relaxed, contemplative mode for an all-female chamber piece adapted from a 1981 play by Nell Dunn, who co-wrote the screenplay with Patricia Losey. The plot is simplicity itself: three women from different social strata regularly get together to chat and cleanse at a London Turkish bath destined to be closed down soon, and together they decide to find a way to keep it running. Rejected housewife Nancy (Redgrave), attorney Sarah (Miles), and abused flirt Josie (Love, replacing actress Georgina Hale at the last minute) swap stories about motherhood, marriage, and self-identity in the most casual of settings, 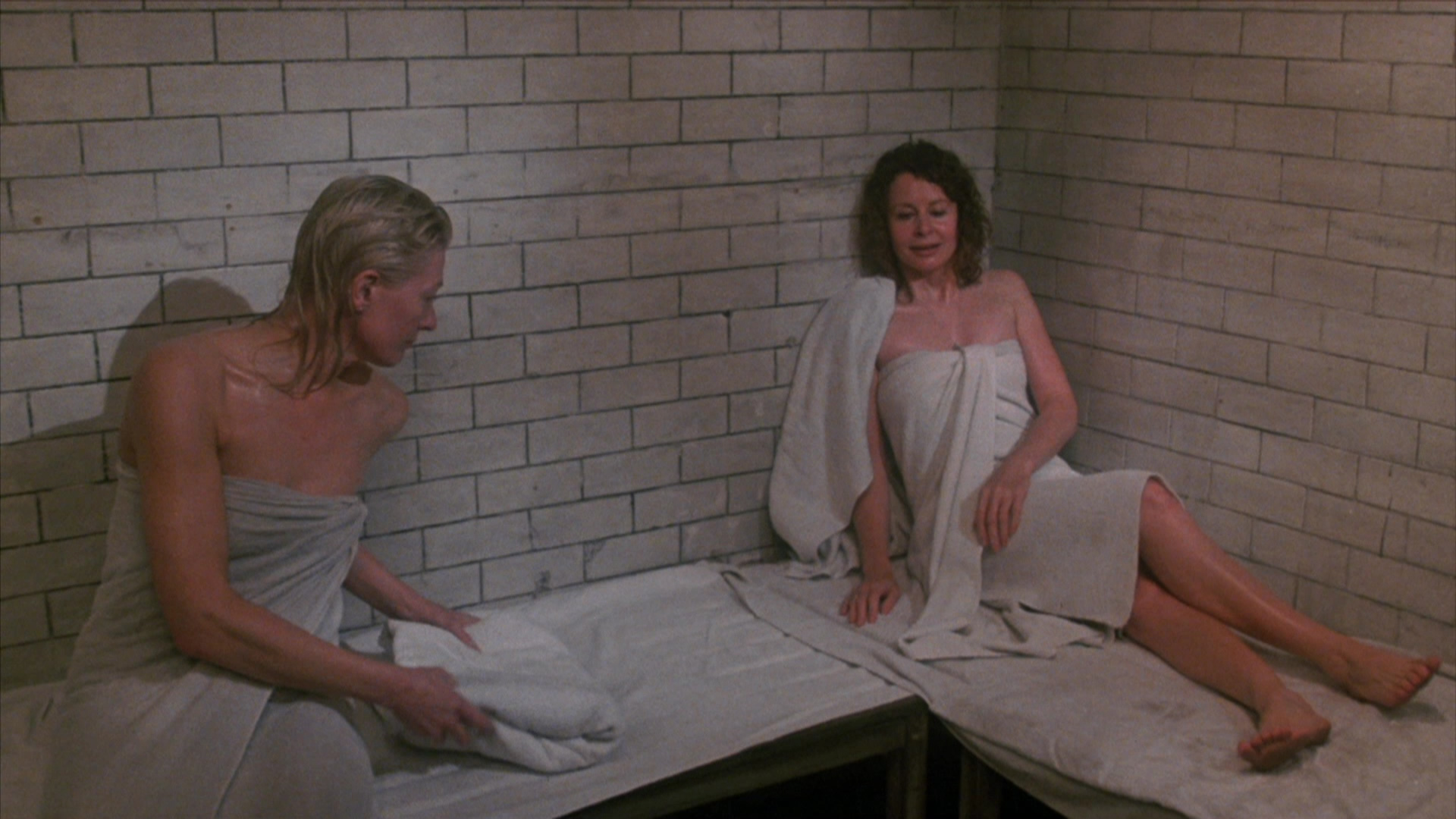 joined at times by the business’s owner, Violet (Dors). One day during a nice tea, Violet is shattered to find out that the establishment has been declared obsolete to make way for a "leisure center," which triggers a whole new avalanche of emotions and future plans. 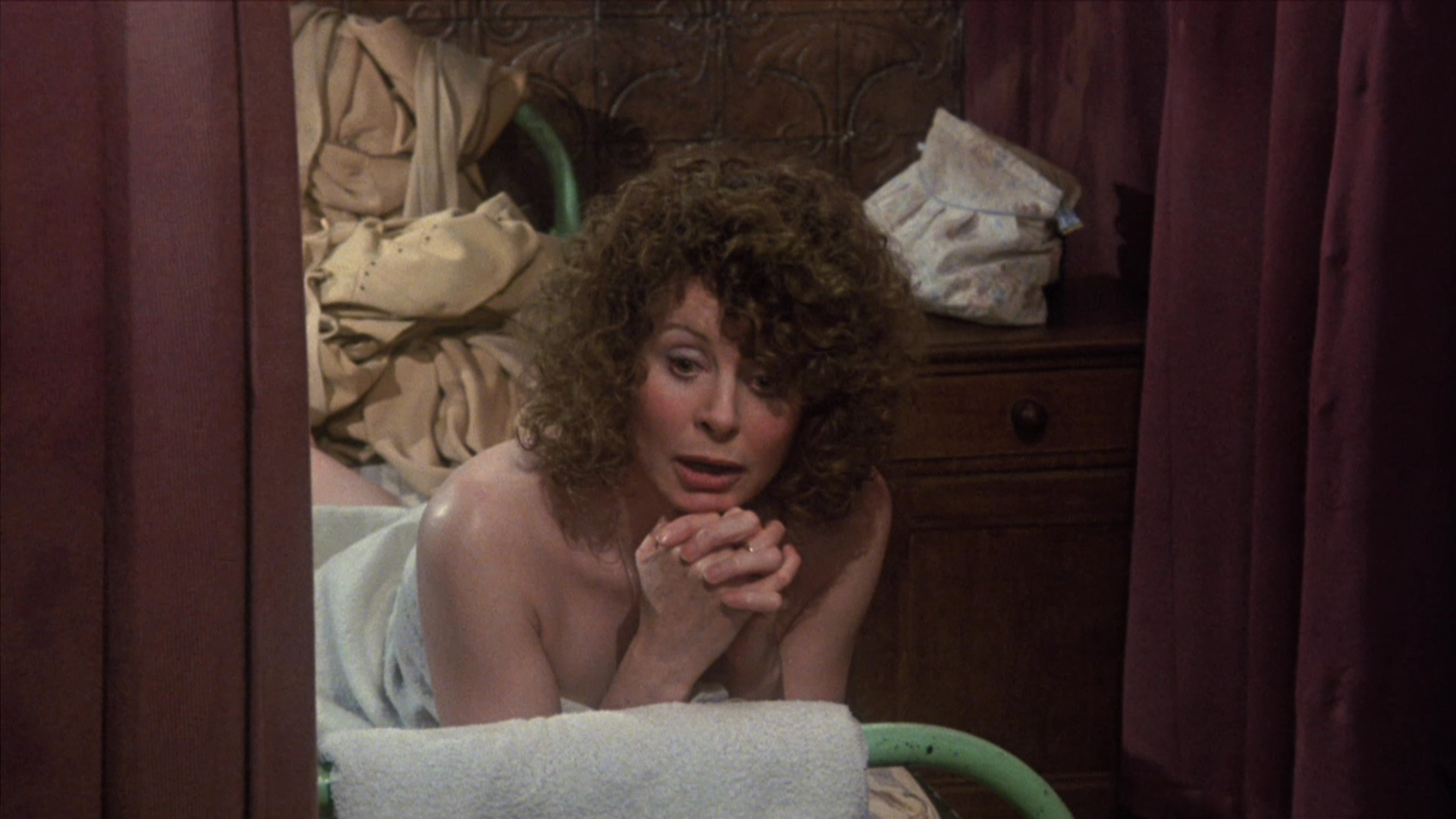 Basically an actors’ showcase with very little showy direction getting in the way, Steaming sticks closely to its stage origins with Losey largely focusing on creating a palpable atmosphere of damp air and soaked flesh, usually exposed in a refreshingly candid and non-judgmental fashion. This is mainly Redgrave and Miles’s show, of course, but it’s also nice to see Dors, a former sex symbol and occasional horror star (Theater of Blood, Craze, Nothing but the Night), get a solid role to close out her career; she would also be gone before the film even opened.

As far as female-driven play adaptations on single sets go it can't compare to Robert Altman's riveting Come Back to the 5 and Dime, Jimmy Dean, Jimmy Dean, but it's no slouch either. Weirdly, the original play won awards as a comedy and emphasized the wry aspects of the women’s lives far more than the adaptation here, which veers more into dramatic monologues and soul baring; this move turned out to be questionable as the film feels a lot heavier in the process, but just the chance to see this cast together in one place easily makes it worth a look. 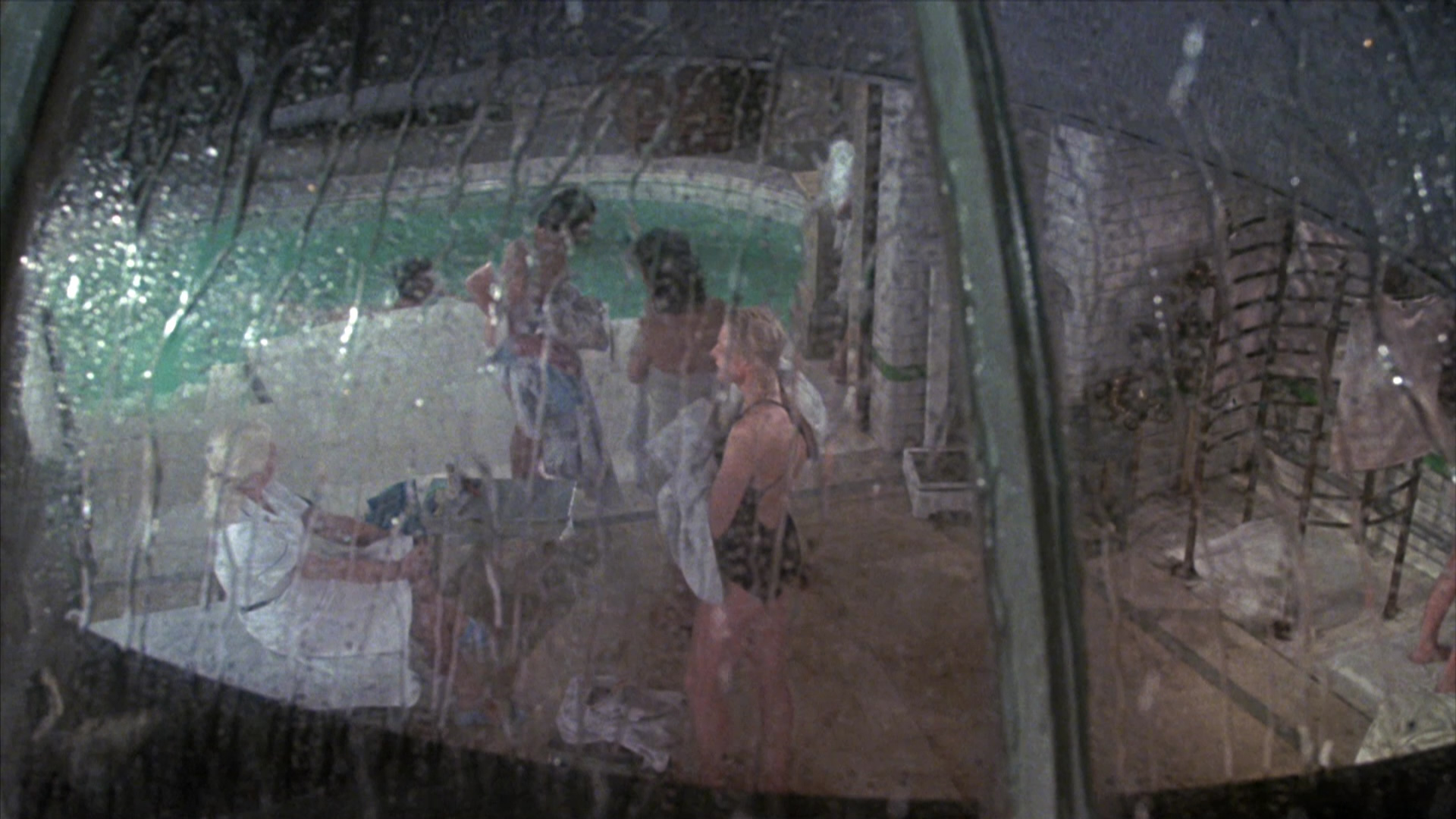 The film has also built up something of a following among celebrity skin followers, with Miles in particular exhibiting enough to make you seriously question that R rating.

Steaming first appeared on DVD from Sony in the UK as a open matte 4x3 DVD that looked pretty decent for the time (and much better than the old VHS tapes) despite some overbrightening, but the film is really 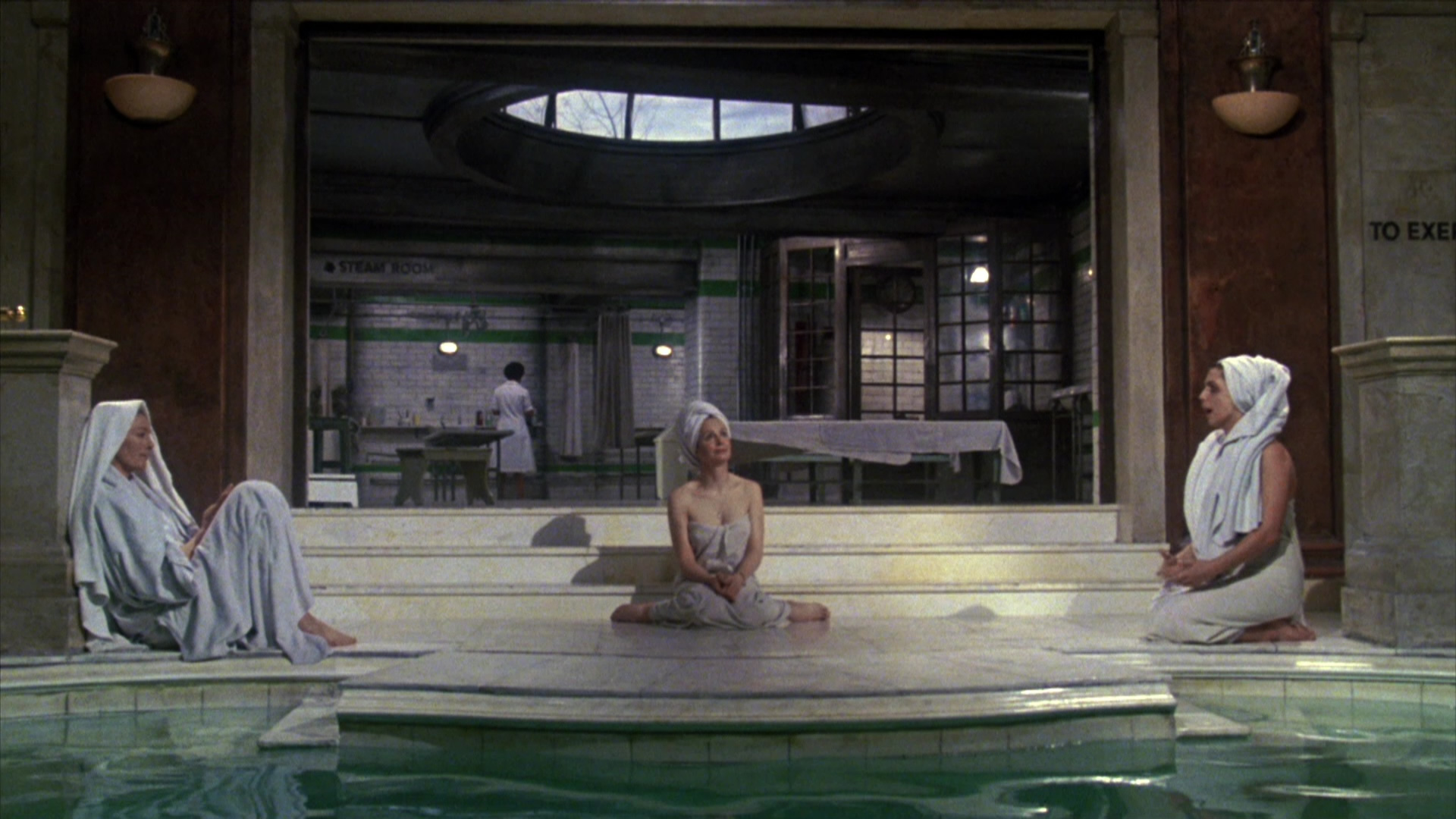 best served by the Scorpion Releasing edition which is properly framed and given a fresh HD scan that looks about as good as you could expect from a generally drab-looking film usually loaded with steam and diffusion. The modest DTS-HD MA English mono audio sounds fine given the source, with decent support for the very minimal, ethereal electronic score by Richard Harvey (and the odd but catchy pop theme song). A theatrical trailer is included along with bonus ones for Barbarosa, The Last Days of Chez Nous, and Angel Baby.