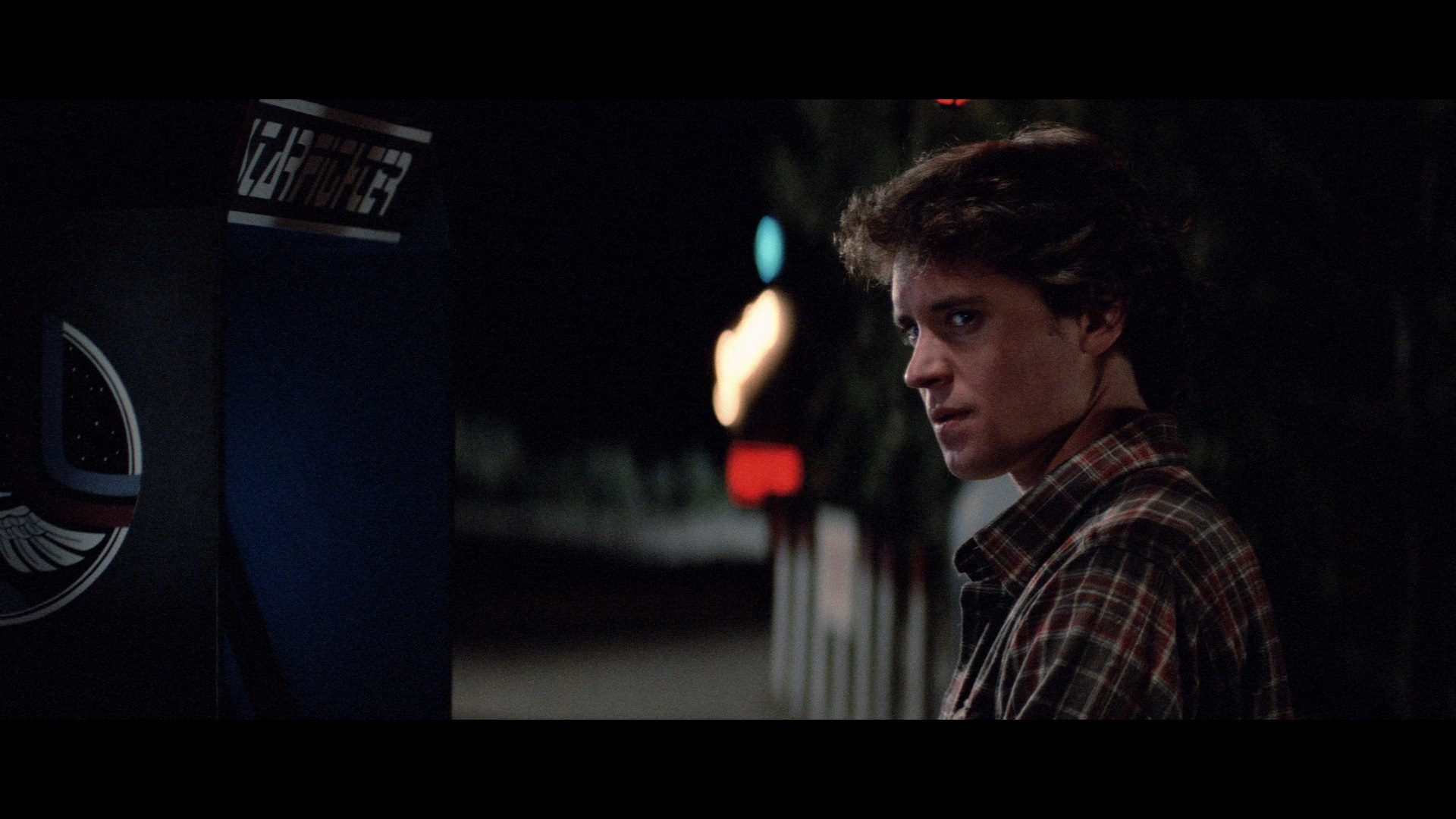 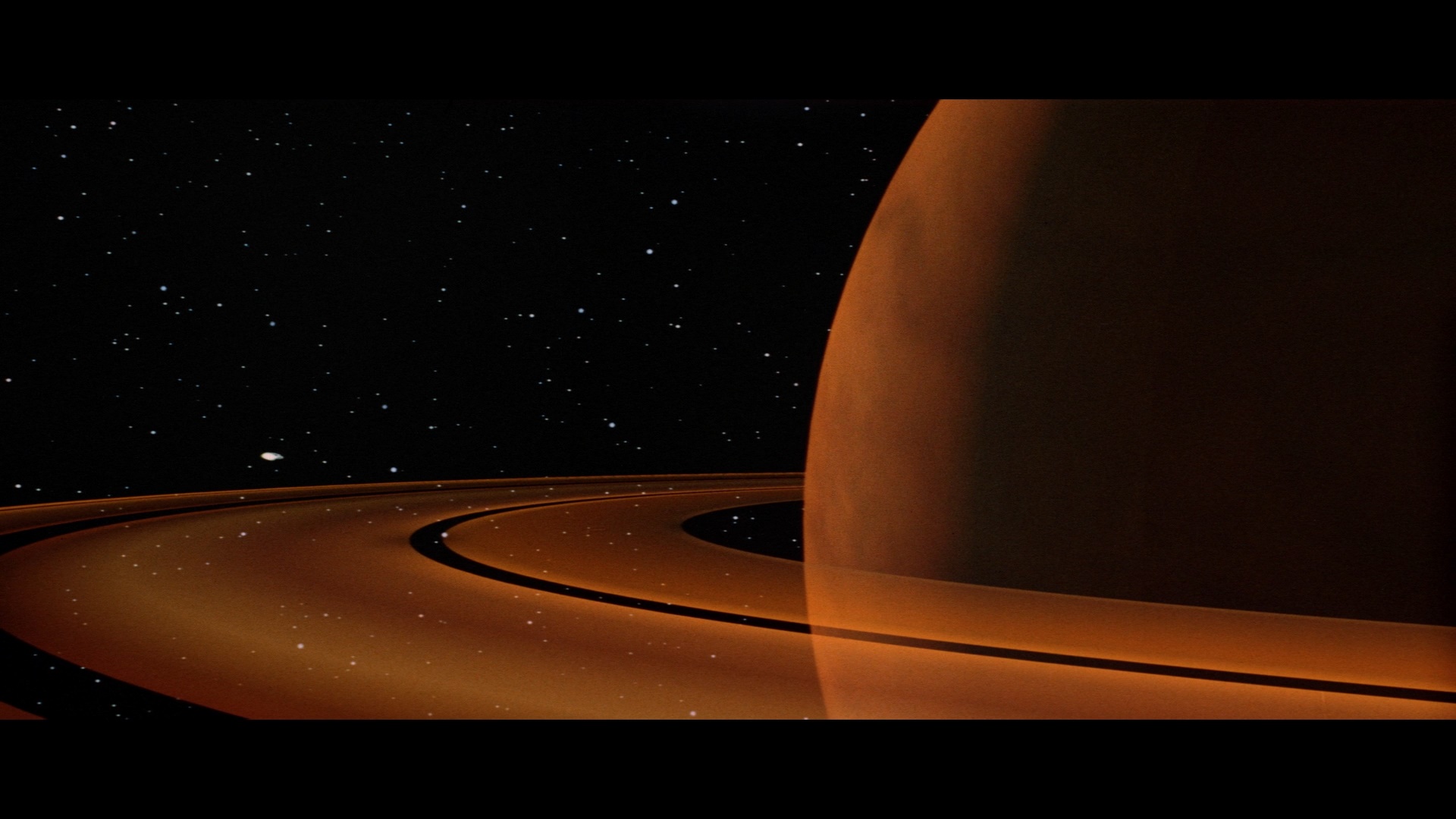 based on or inspired by video games has resulted in films of highly varying quality (to put it mildly), but occasionally a real gem manages to sneak through. One of the earliest and happiest of these cases is The Last Starfighter, which was largely overlooked upon its release as a Spielberg wannabe but quickly amassed a devoted following through home video and frequent screenings on TV. Since then it's enjoyed a long and healthy life as a winning fusion of sci-fi, gaming, and old-fashioned warmth and compassion.

A typical all-American teenage dreamer, Alex Rogan (Guest of Halloween II), lives in a trailer park managed by his mother. While he enjoys the company of his friends and neighbors, including girlfriend Catherine Mary Stuart (Night of the Comet), he longs for something more (and if this were a Disney film he'd have one of those "I'll find my dream!" numbers, which would explain why this was later turned into a stage musical). In one day Alex experiences a double whammy: he's turned down for a college scholarship and manages to beat the seemingly invincible Starfighter video game. That night, a mysterious man, Centauri (Robert Preston, doing a terrific alien spin on his Harold Hill persona), drives up and offers to escort Alex to his destiny. Much to Alex's surprise, they immediately zoom into the air and off to his distant planet. Centauri explains that the Starfighter game is an elaborate test to find a human starfighter who can help the them defeat the evil Xur, an upstart who's starting a rebellion and planning on wiping out numerous planets 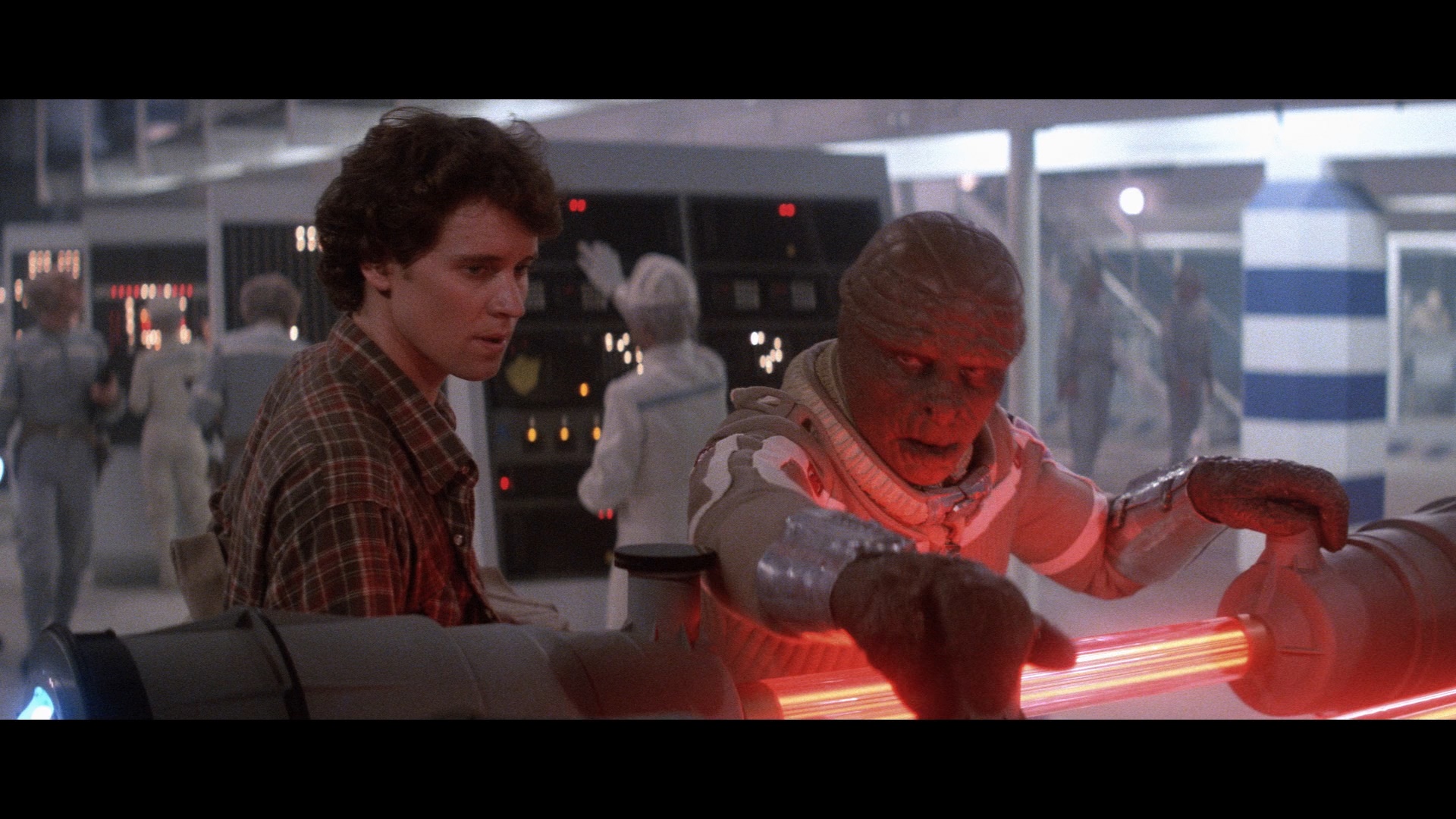 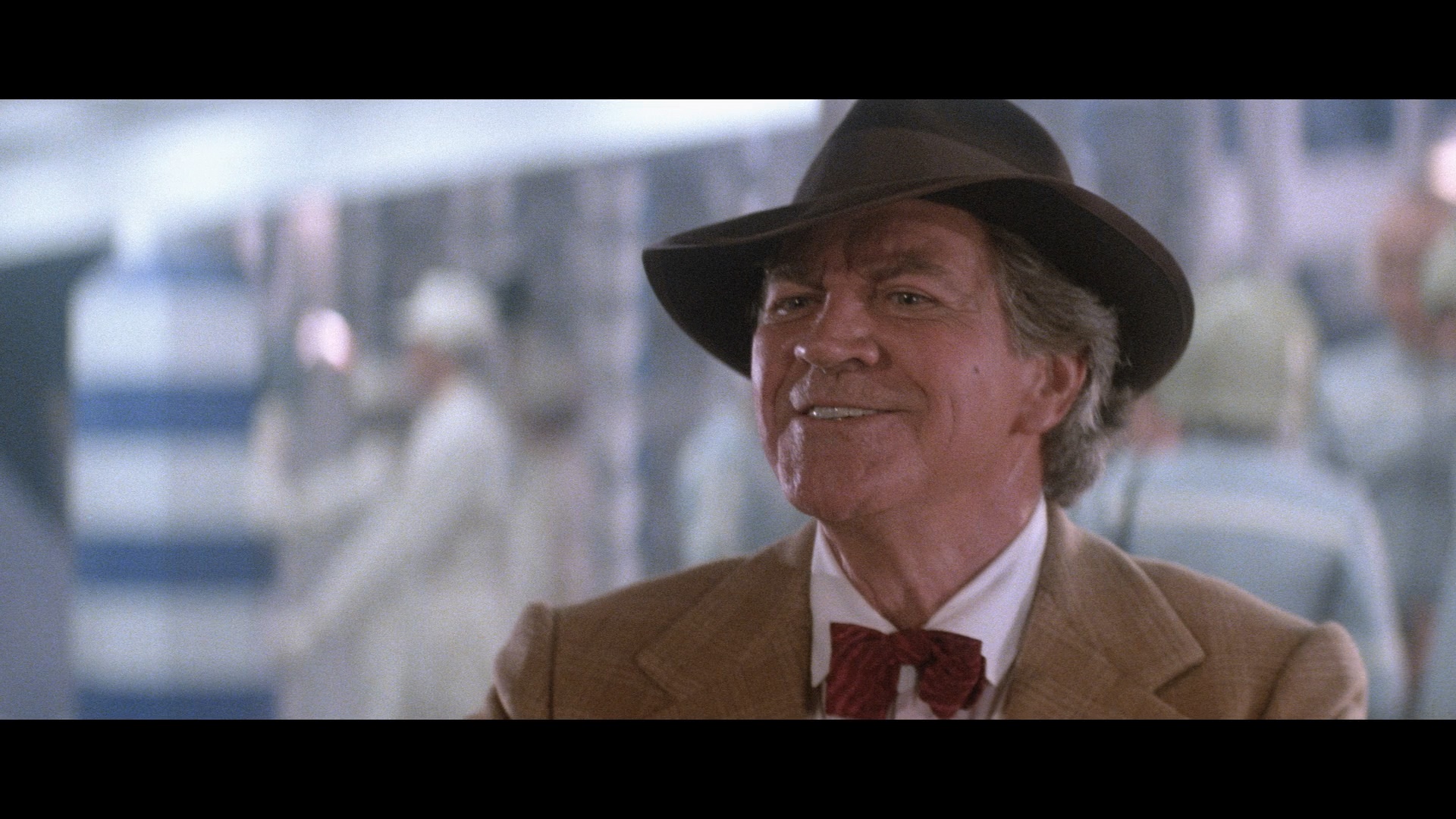 he galaxy, including Earth. Meanwhile an alien lookalike substitute for Alex is placed on Earth, and Xur sends assassins to wipe out our hero. The conflict mounts as Alex is torn between his life at home and the possibility of becoming a hero... or losing his life.

While hardly a masterpiece of cerebral science-fiction, The Last Starfighter has fortunately held up well over the years. Its sweet-natured spin on the hoary cosmic war premise is a welcome change from the usual ear-splitting hardware clashes in space, and the interesting, well-drawn characters go a long way towards endearing the film to its audience. The computer effects (pretty advanced for the time, a fact noted repeatedly on the packaging and in the half hour documentary included on the DVD) look much better when presented in scope (though occasionally seem a little reminiscent of one of those old Mind's Eye videos), and Craig Safan's rousing score (later used as the regular fanfare at Disney's California Adventure) sweeps the action along and effectively builds tension along the way.

After its usual rounds on VHS and laserdisc in the '80s and '90s, The Last Starfighter moved to DVD in 2001 with a 16x9 widescreen transfer that looked pretty good for the era but looks pretty tired now thanks to the Universal catalog-itis that plagued this and other titles like Tremors and the studio's John Hughes comedies, namely lots of digital filtering and edge enhancement. Extras include a fun 32m2s "Crossing the Frontier" documentary hosted by Guest which details some of the FX production work and features interviews with primary cast and crew, including director Castle and composer Safan. A 25th anniversary edition followed on Blu-ray and DVD in 2009 (following a 2007 release on HD-DVD -- remember that?), still looking pretty underwhelming visually but at least sporting lively 5.1 and 2.0 audio options. Extras include a fact-jammed audio 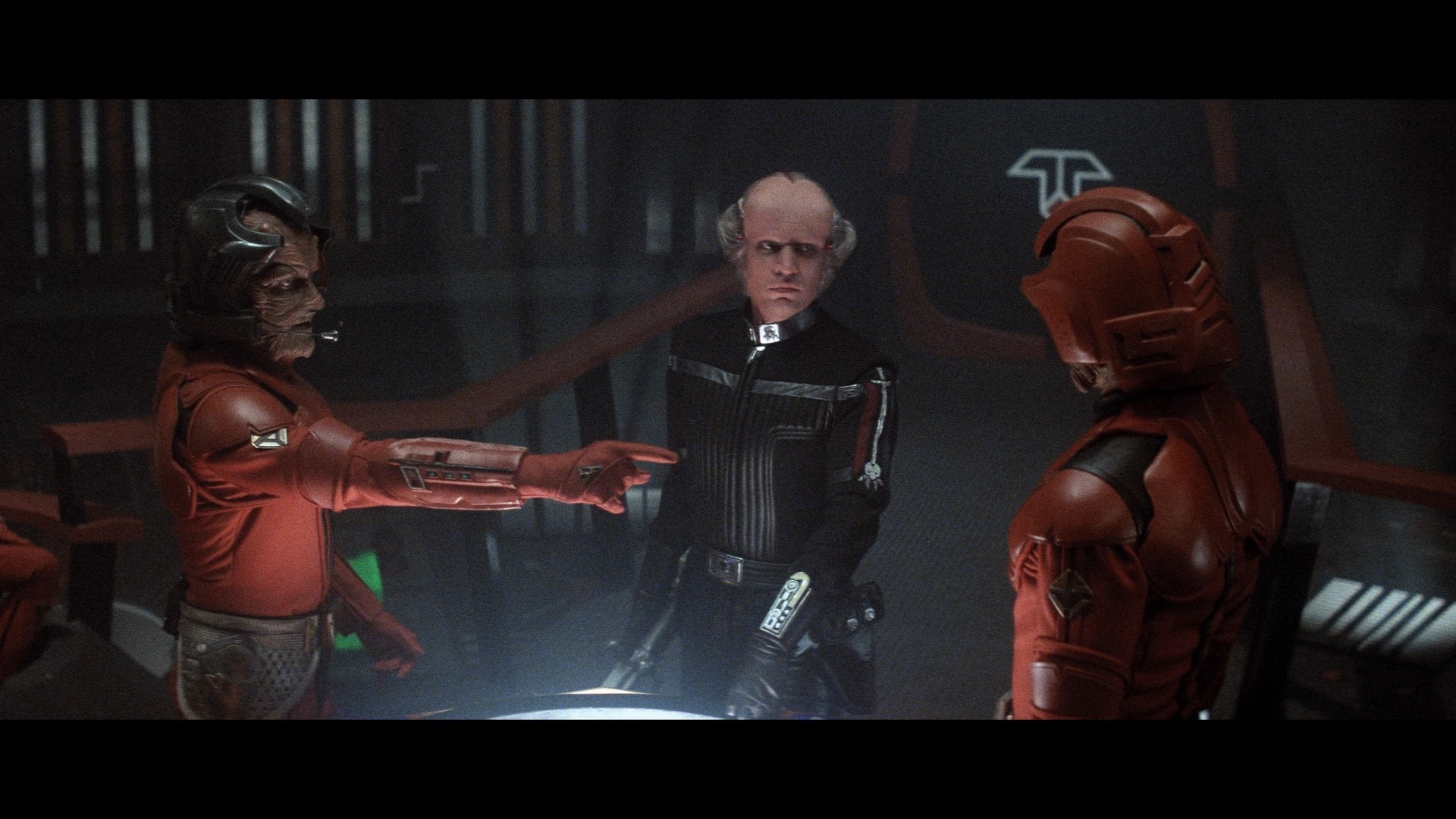 commentary by Castle and production designer 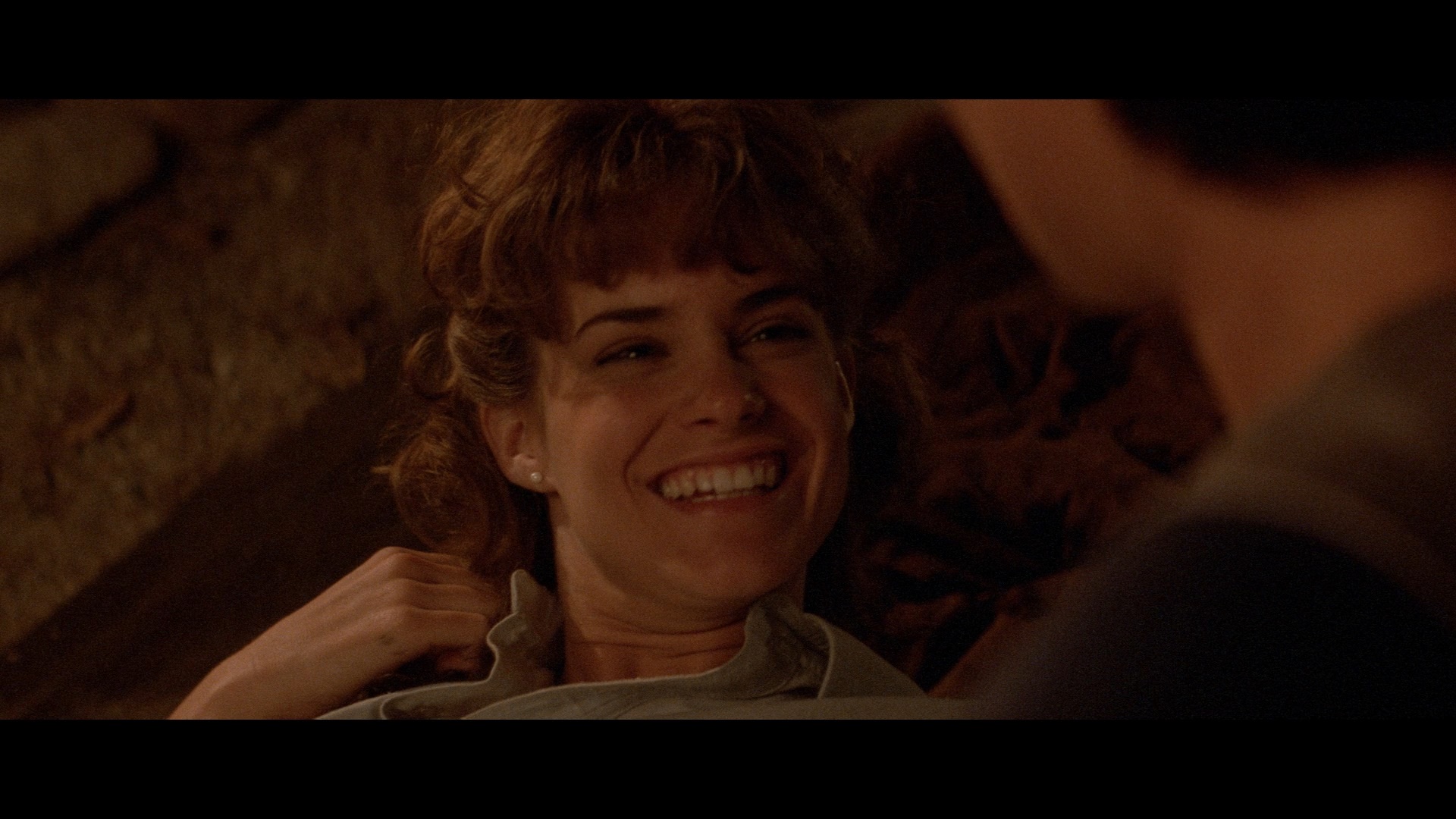 Ron Cobb, "Crossing the Frontier," a "Heroes of the Screen" (24m19s) featurette with Castle, Guest, Stewart, and a ton of others reminiscing about the production, multiple galleries (see below), and the theatrical trailer and teaser.

In 2020, Arrow Video revisited the film for a greatly expanded special edition featuring the one thing we've all been waiting for: a fresh 4K scan from the original camera negative. In terms of color timing it's pretty close (mainly distinguished here by the white levels that no longer threaten to blow out in many shots), but the real difference is the absence of that waxiness and edge enhancement that pays off here with far more natural textures (especially in motion, though the comparisons below will give you an idea). Framing adjusts slightly with a very minimal loss by comparison on the edges at times, while the proportion of the image looks better and less squeezed than the earlier one. All in all, fans should be delighted with the presentation here. Audio options includes DTS-HD MA English 5.1 and 2.0 tracks plus, for the first time on home video, the 4.1 mix prepared for 70mm theatrical screenings. As with Arrow's edition of The Thing, that's a major plus here for audiophiles with a robust but period accurate mix that sounds beautifully full and dynamic here; for many, this will likely be the go-to option from now on. It's worth noting that the 2.0 track is the same mix heard on the 25th anniversary edition, which was missing a quick music cue at 28m40s, but it's thankfully restored here on both the 5.1 and 4.1 options. English SDH subtitles are also included.

In addition to the Castle and Cobb commentary, you also get one with Guest and Jackson Guest (a very affectionate and lively stroll back through the making of the film from his perspective as a young actor) and a new solo one from The Projection Booth's Mike White, who gives it an insightful reading as a key '80s pop culture title and a unique specimen of sci-fi filmmaking geared for younger 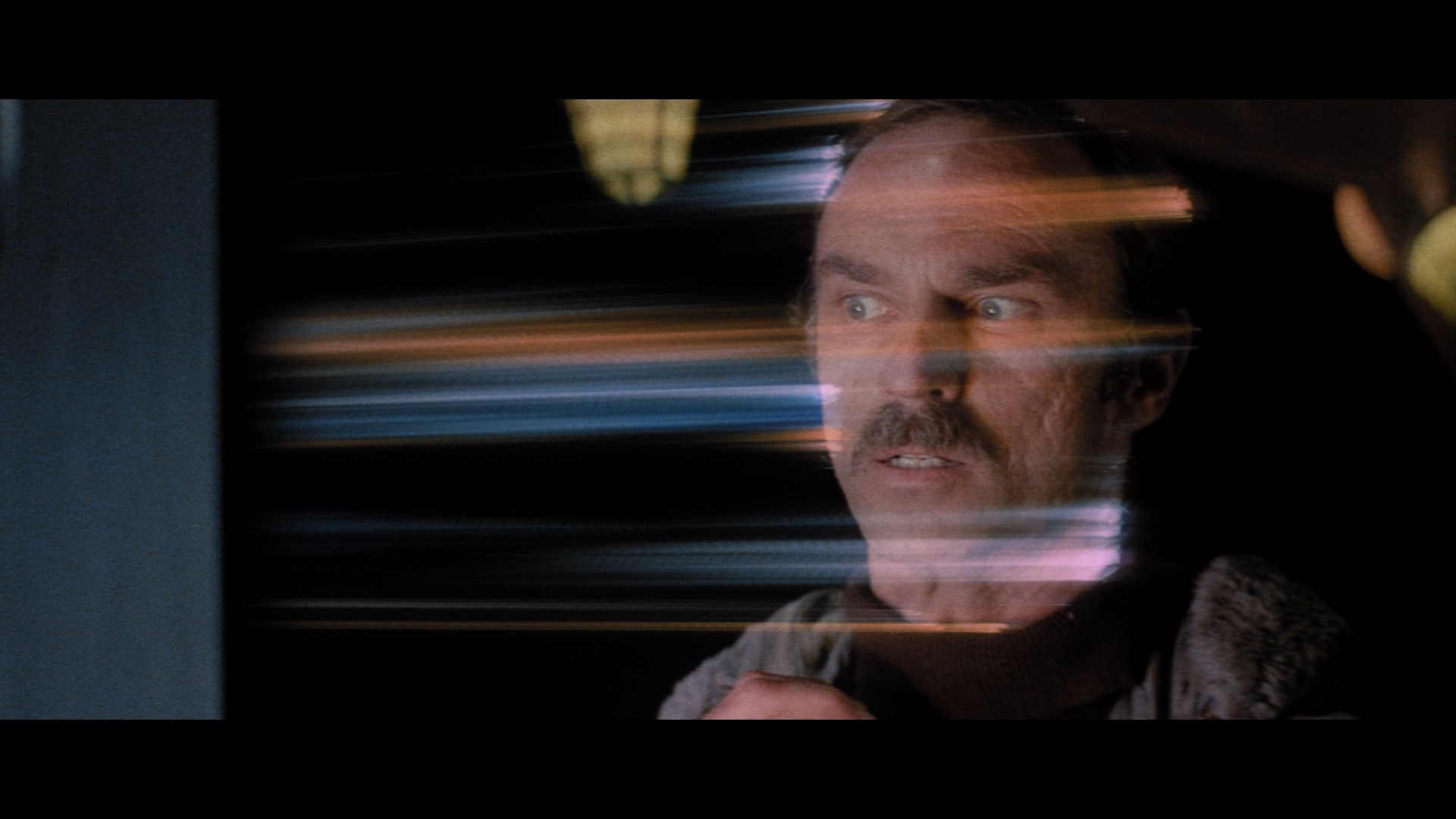 audiences but able to transcend far beyond that. On the video set, the new goodies begin with "Maggie's Memories" (9m28s) as Stewart recalls doing her first L.A. movie, 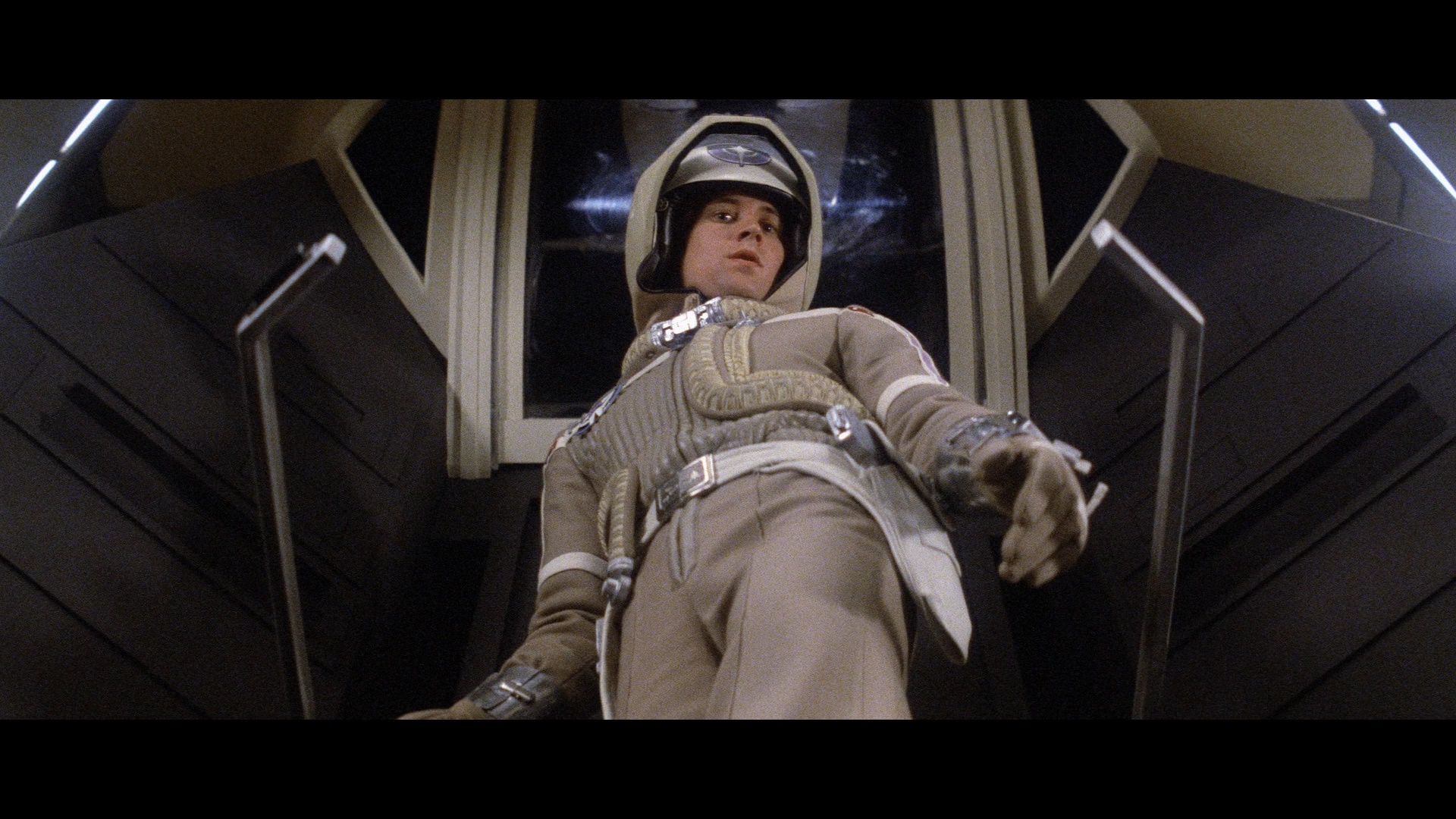 mingling with other up and comers while auditioning and finding her groove with Guest, her limited experience with arcade games, and her particular amusement playing the scenes with Alex's beta unit. Then Safan appears for "Into the Starscape" (12m20s) to discuss his tackling of his first big orchestral score, trying to compose to preliminary computer guides, and the march idea that led to the creation of the film's classic main theme. In "Incredible Odds" (9m27s), screenwriter Jonathan Betuel notes how he was driving cabs at night when he came up with the idea for the script and developed it into the film we know today, injected with a bit of Arthurian lore as well. In "Interstellar Hit-Beast" (10m14s), effects supervisor Kevin Pike goes into the creation of the project including the war room and the many computer banks and radars, as well as the little construction touches in the aliens' costumes. Then "Excalibur Test" (7m46s)) features sci-fi author Greg Bear covering the company responsible for the film's CGI effects, Digital Productions, which he covered in depth for an assignment for Omni magazine (enhanced here with some great vintage VHS-shot footage of the outfit in action). Then "Greetings Starfighter!" (7m24s) with arcade game collector Estil Vance delves into the mechanics of the pivotal (fictional) video game, which he reconstructed into a real one of course after Atari dropped the ball back in the day. Ported over from the earlier releases are "Heroes of the Screen" and "Crossing the Frontier," plus the trailer and teaser; a slew of separate image galleries is also offered (some ported over from the earlier Blu-ray) covering The Cast, Starfighter Arcade Game, Starfighter Command, The Starcar, The Gunstar, Ko-Dan Armada, an alternate ending, Anatomy of a Starfighter CGI, and Promotion and Merchandise. The package comes with reversible sleeve options including a new design by Matt Gerguson, while the first pressing also sports a limited O-card, a reversible insert poster, and a booklet featuring new liner notes by Amanda Reyes and Bear's previously unpublished article on Digital Productions. 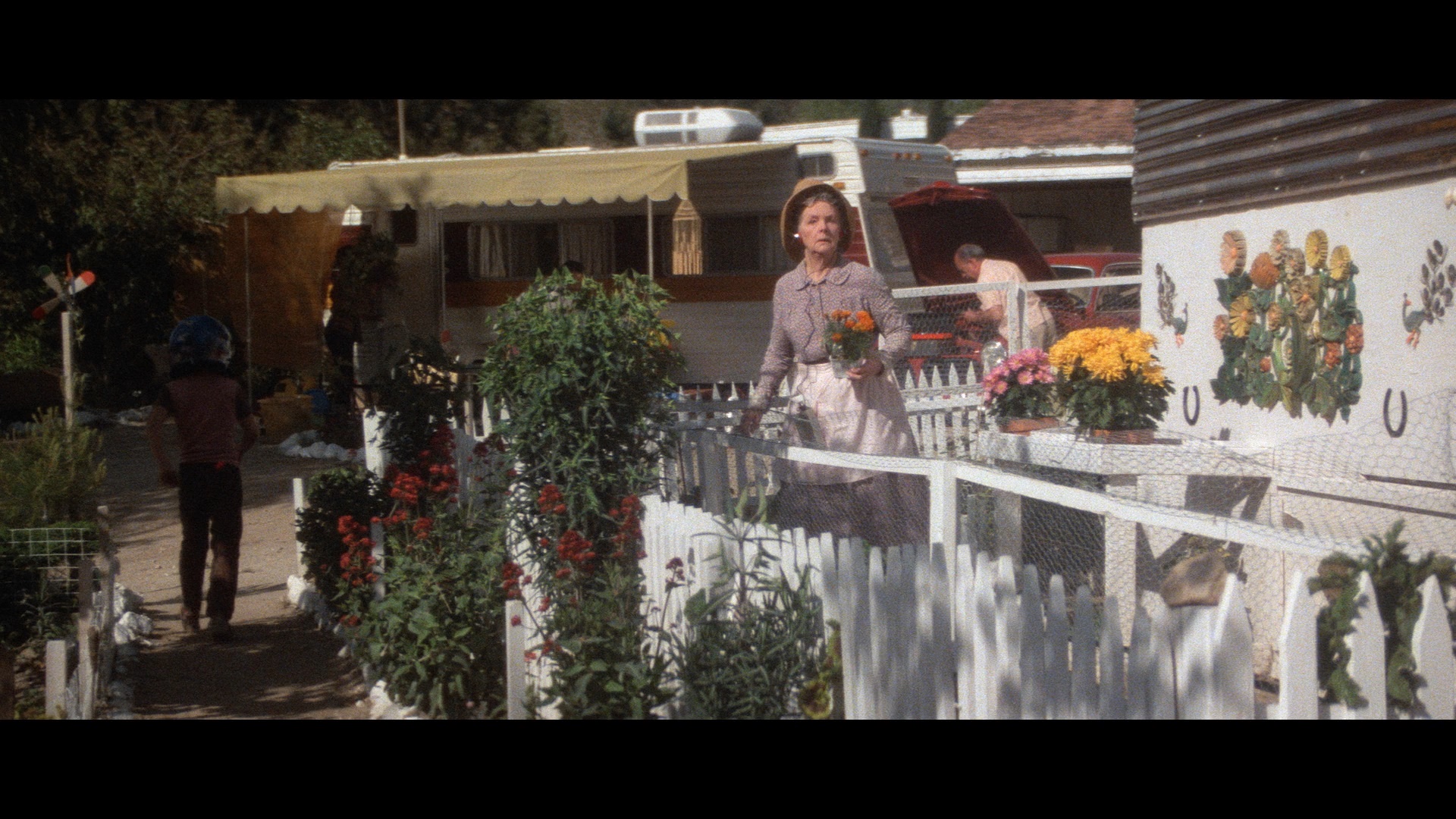 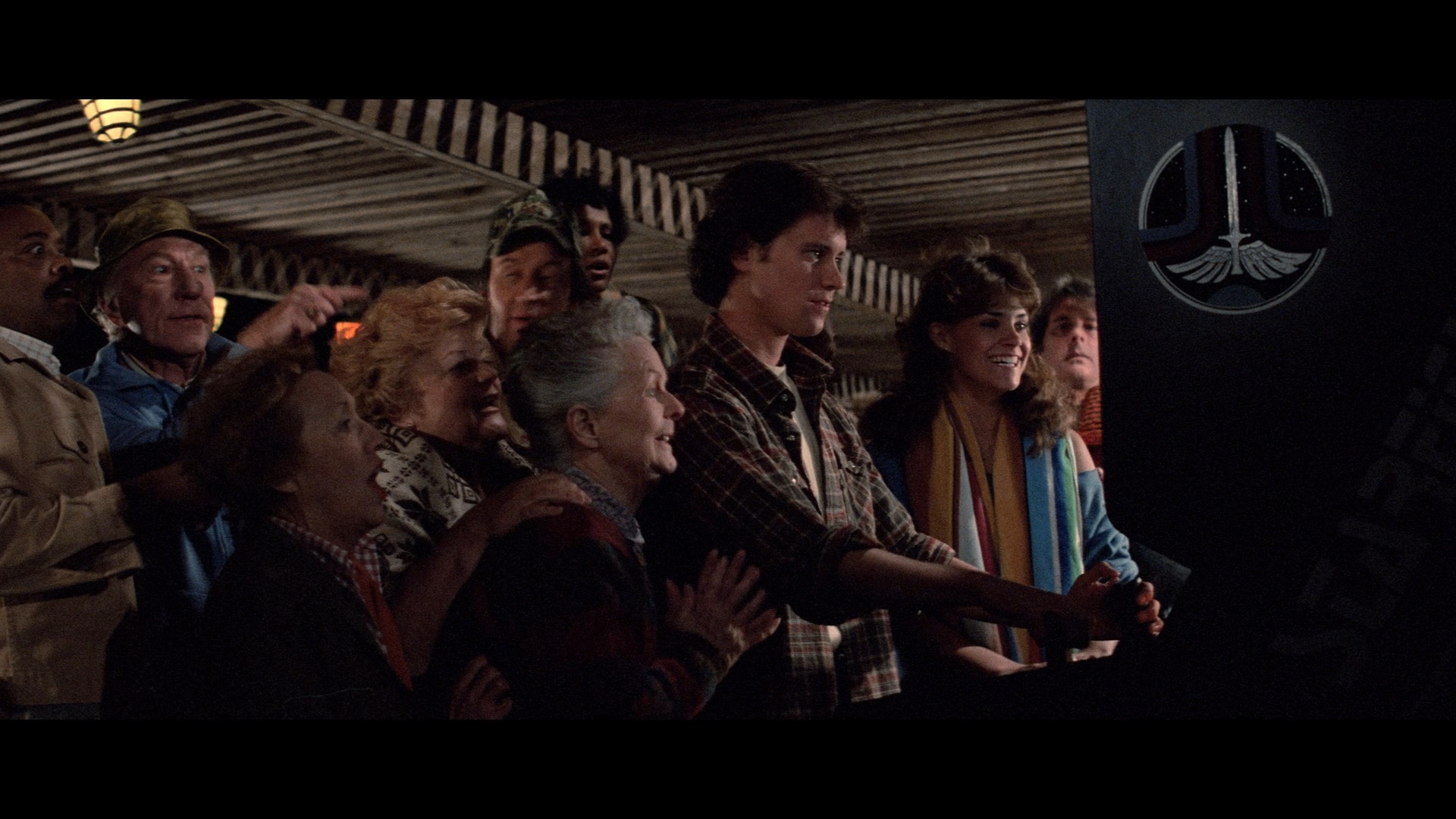 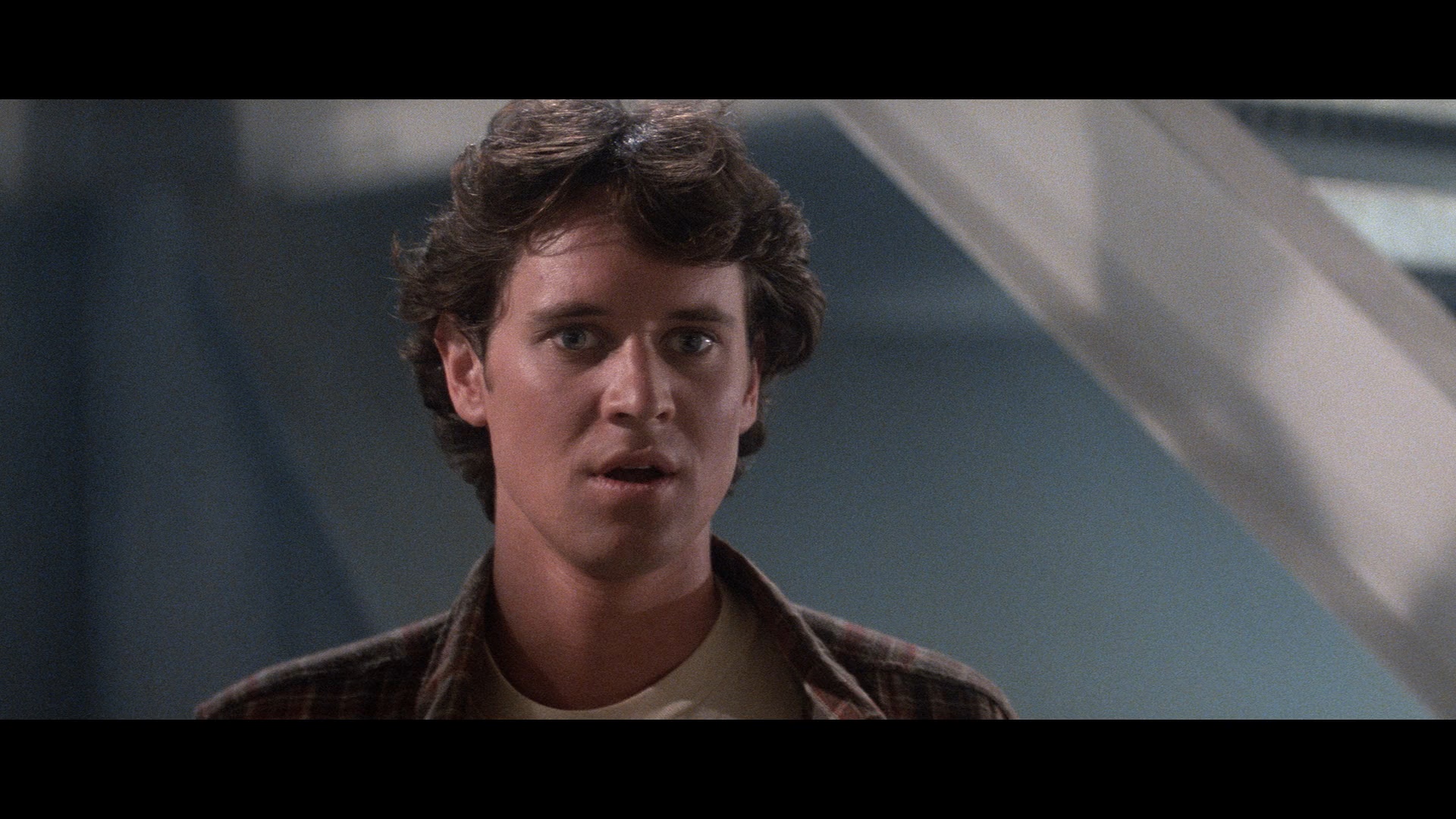 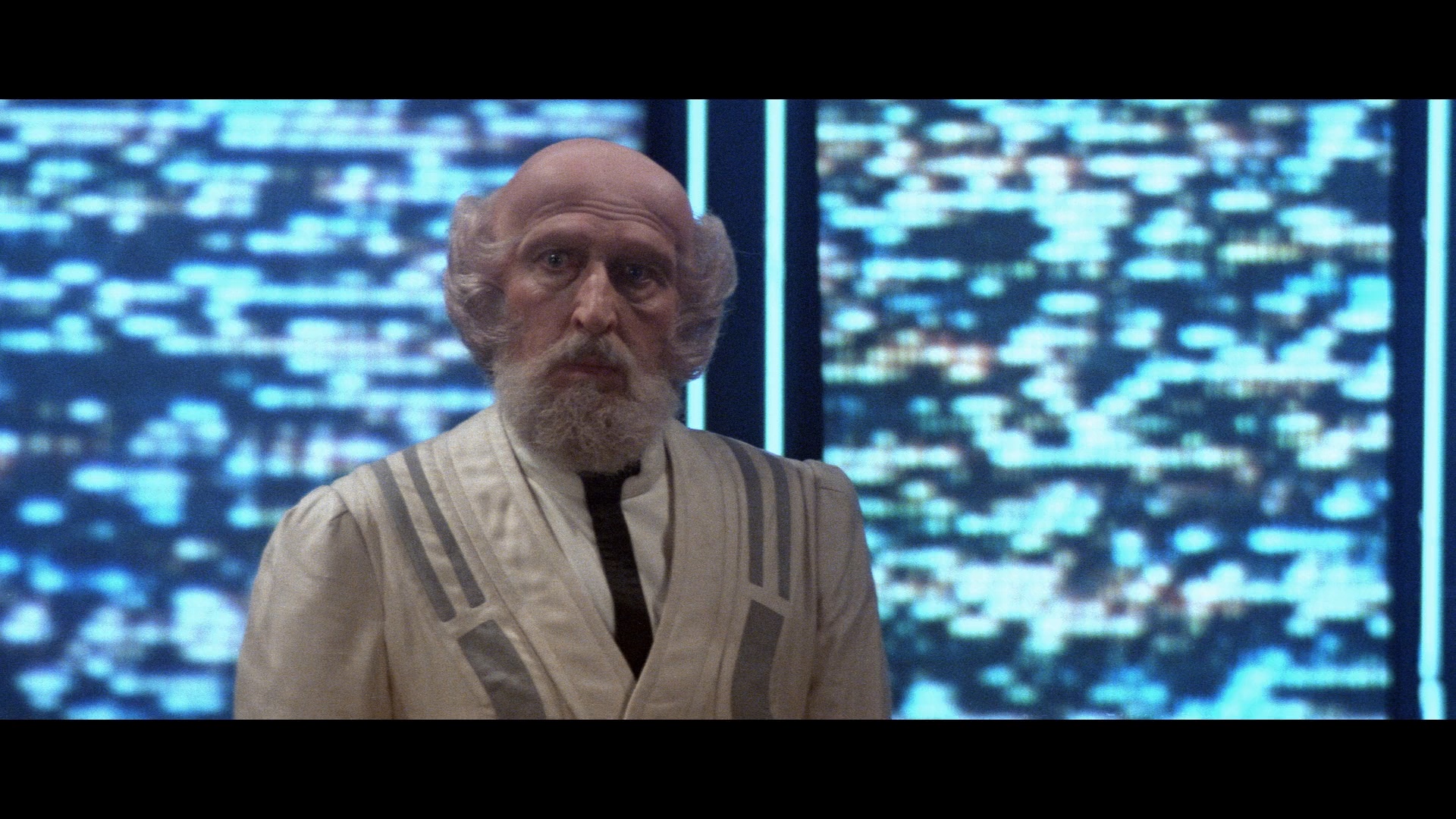 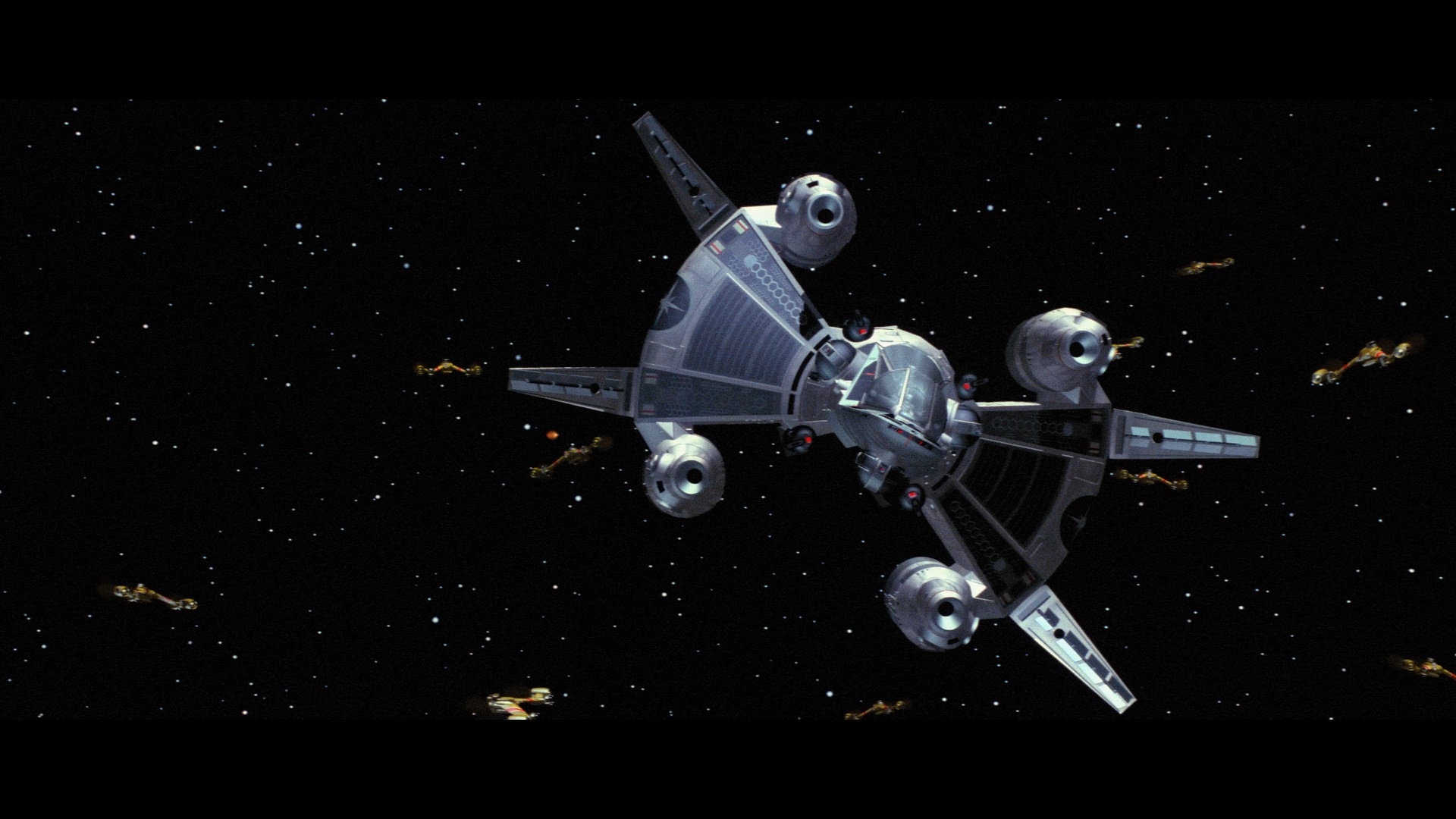 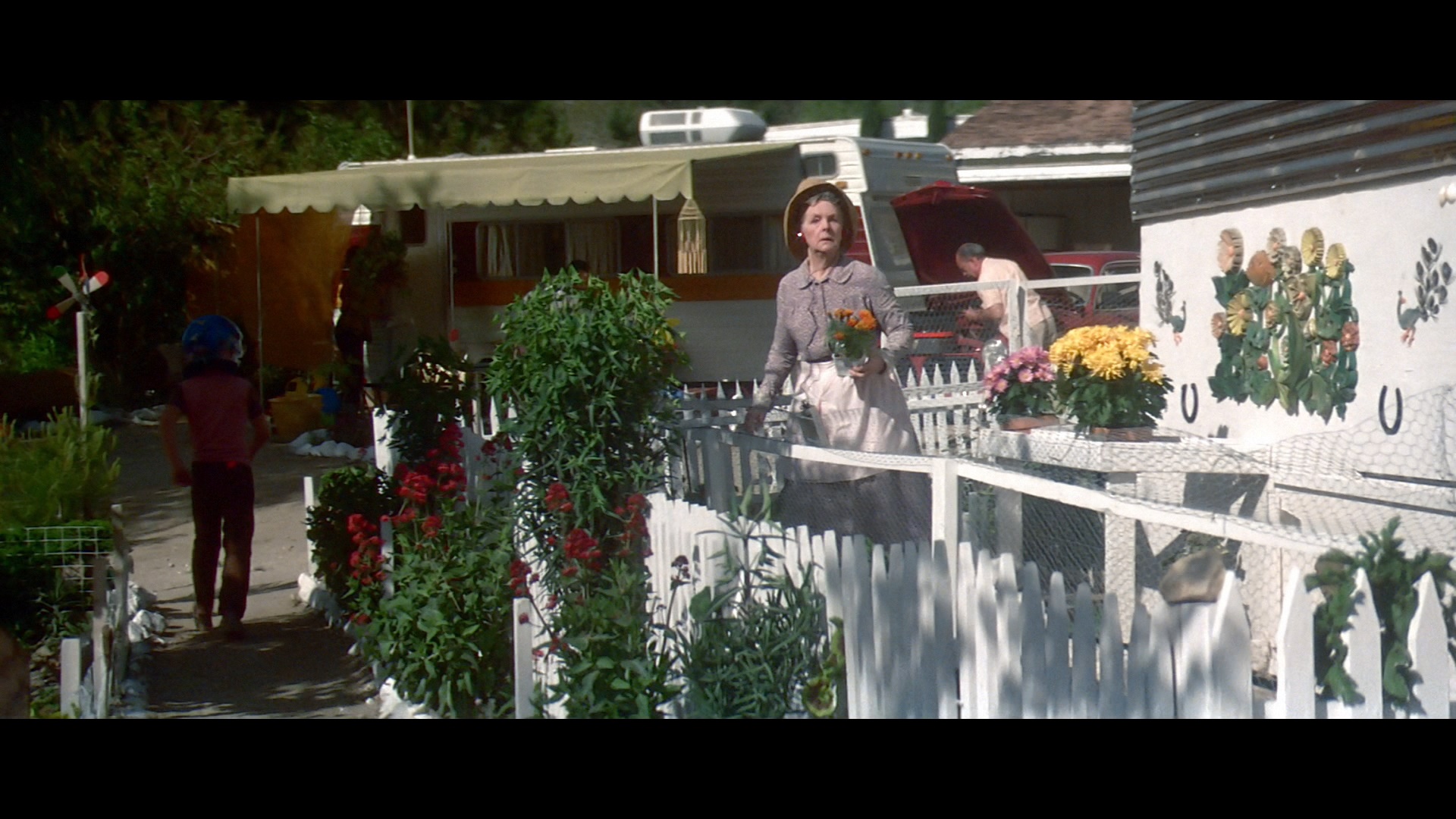 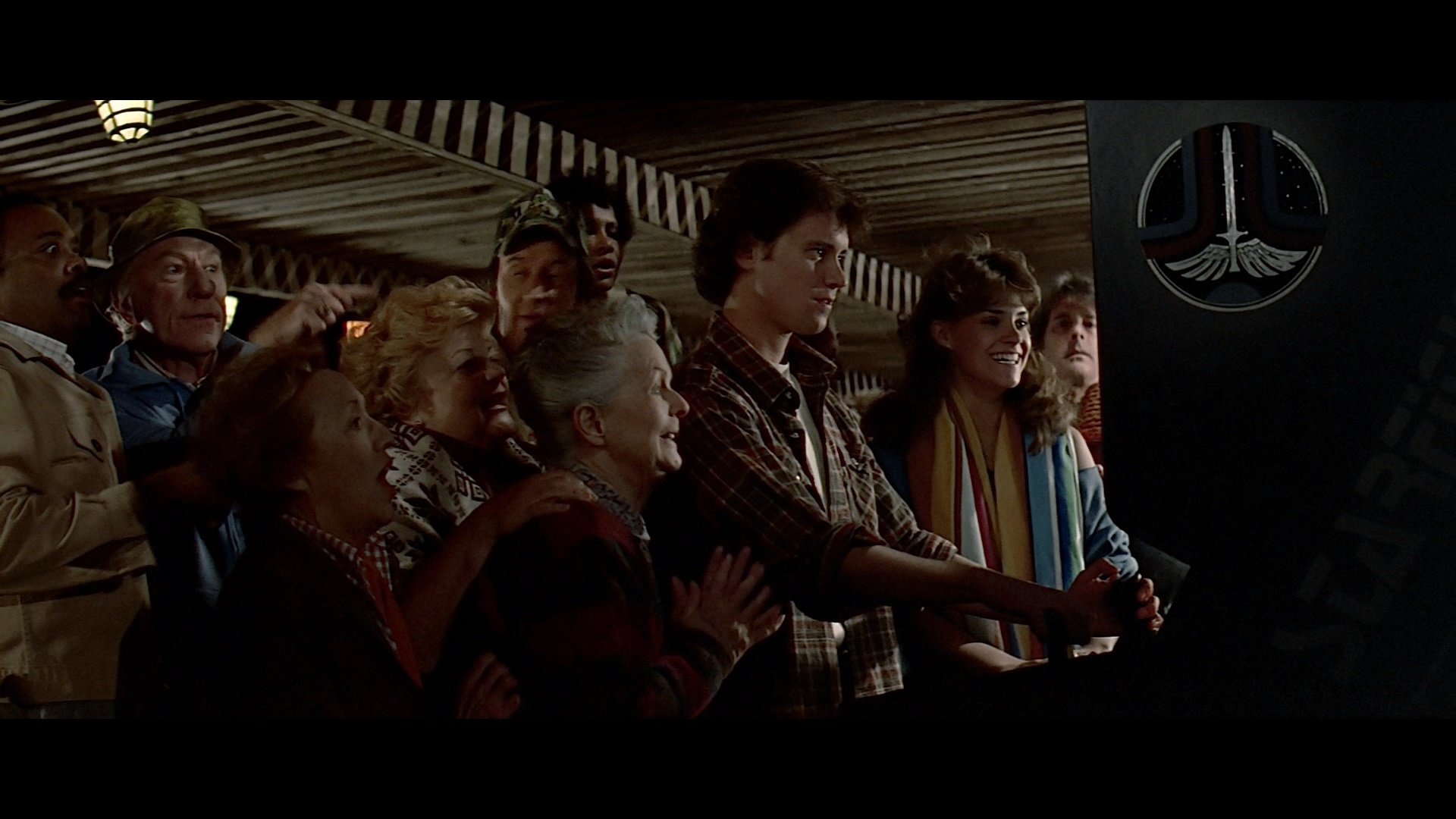 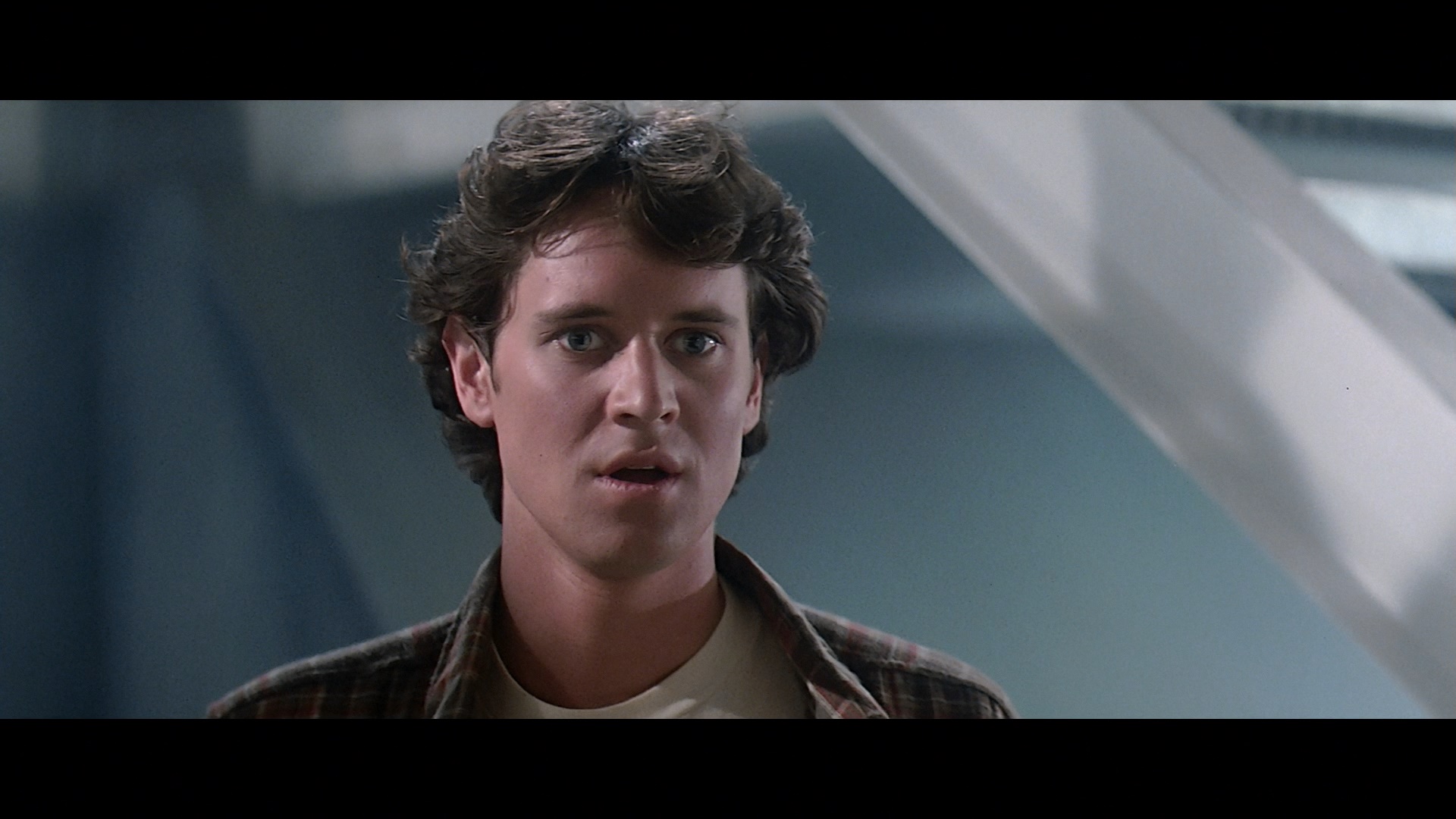 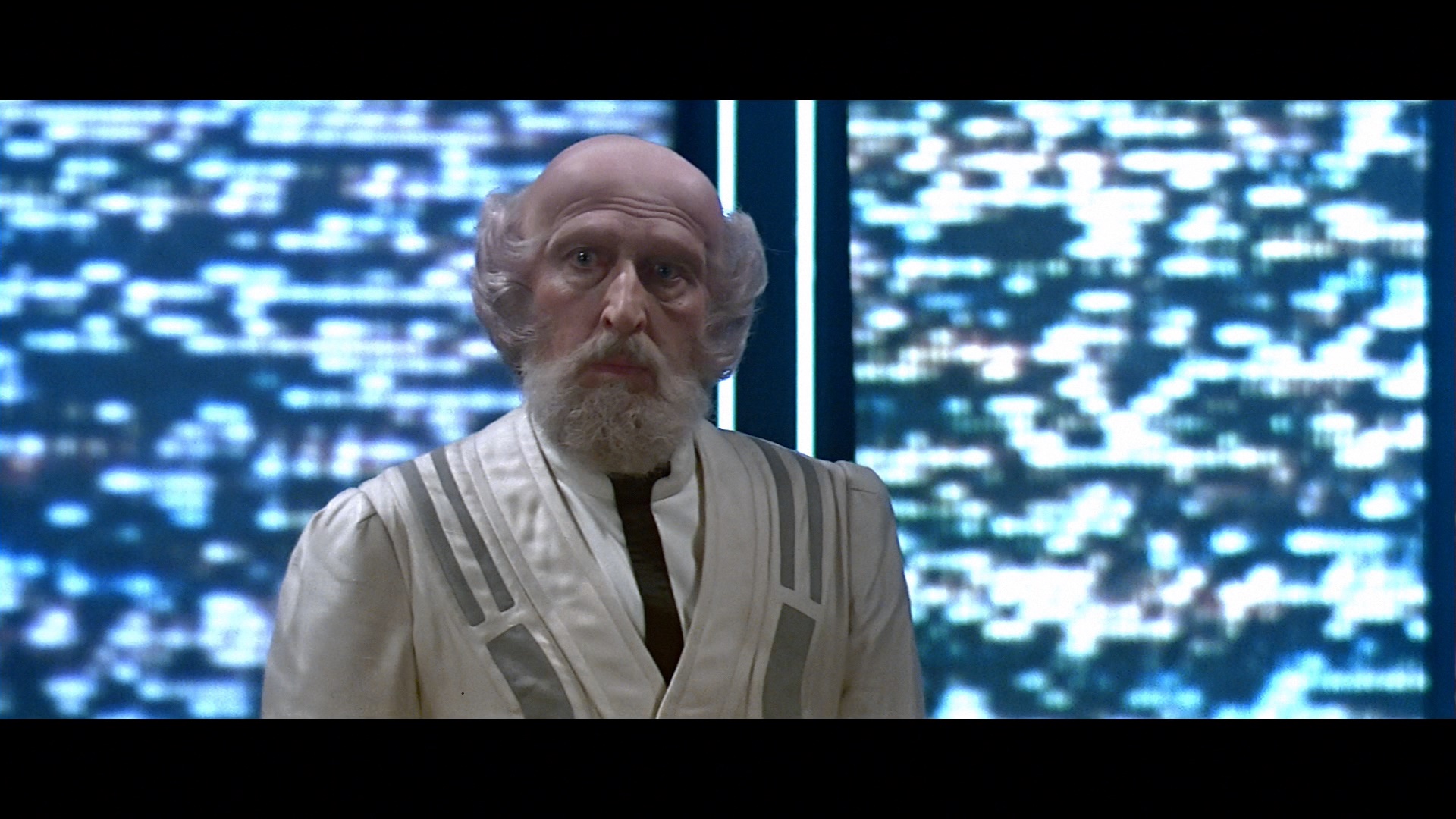 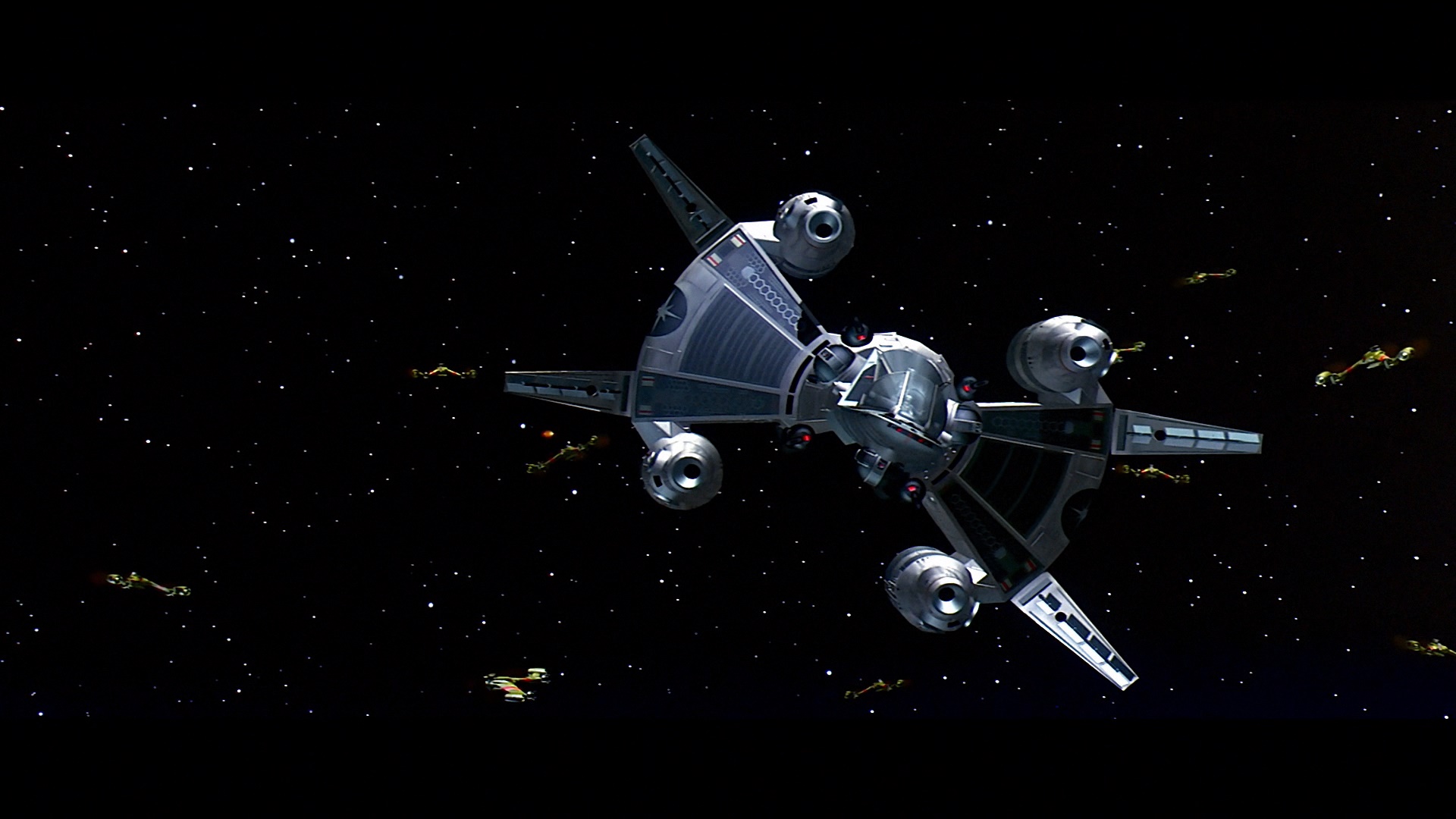