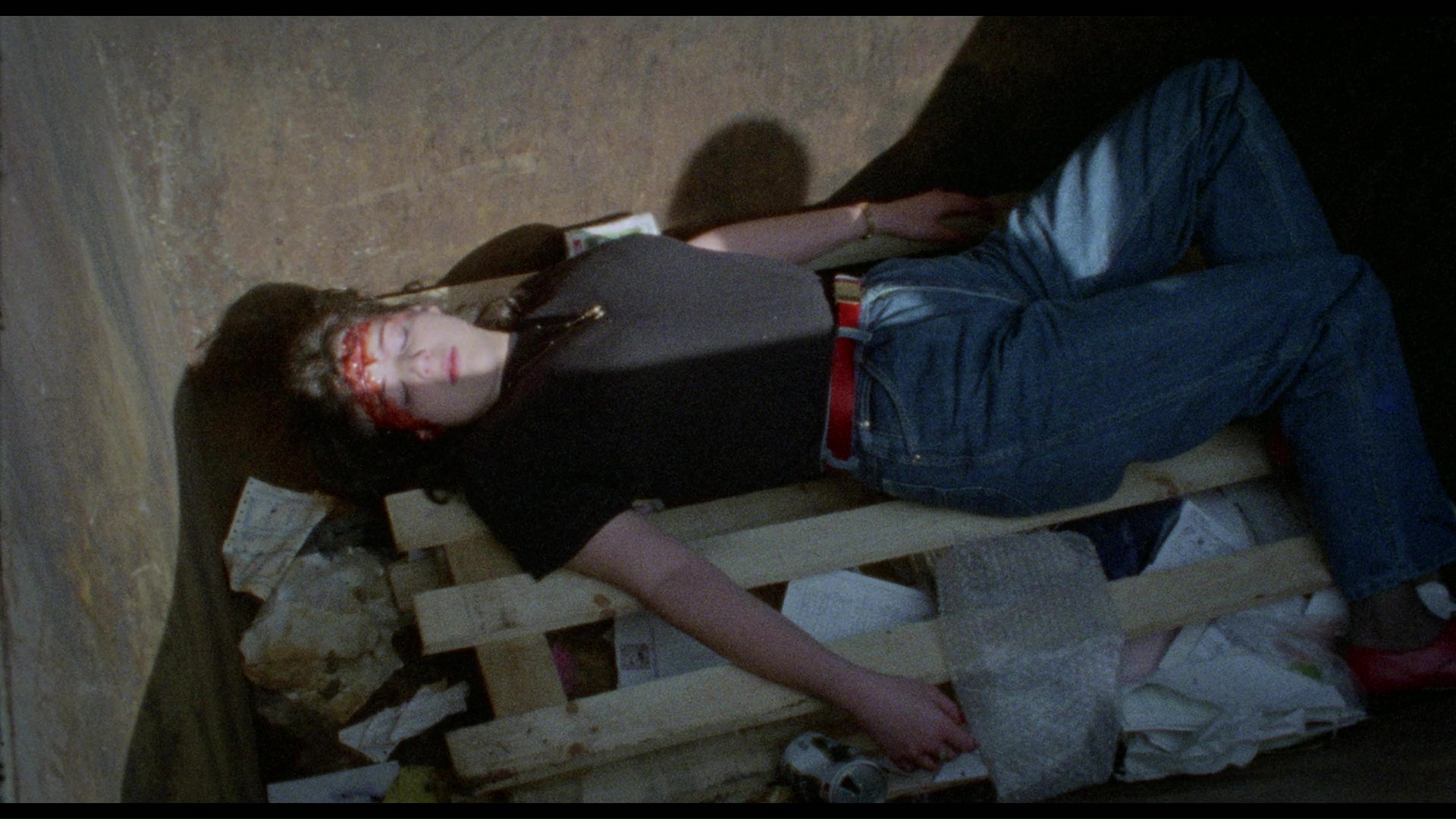 shot in 1981 by some NYU grads for a paltry $25,000 under the title Thou Shalt Not Kill, Splatter University ended up coming 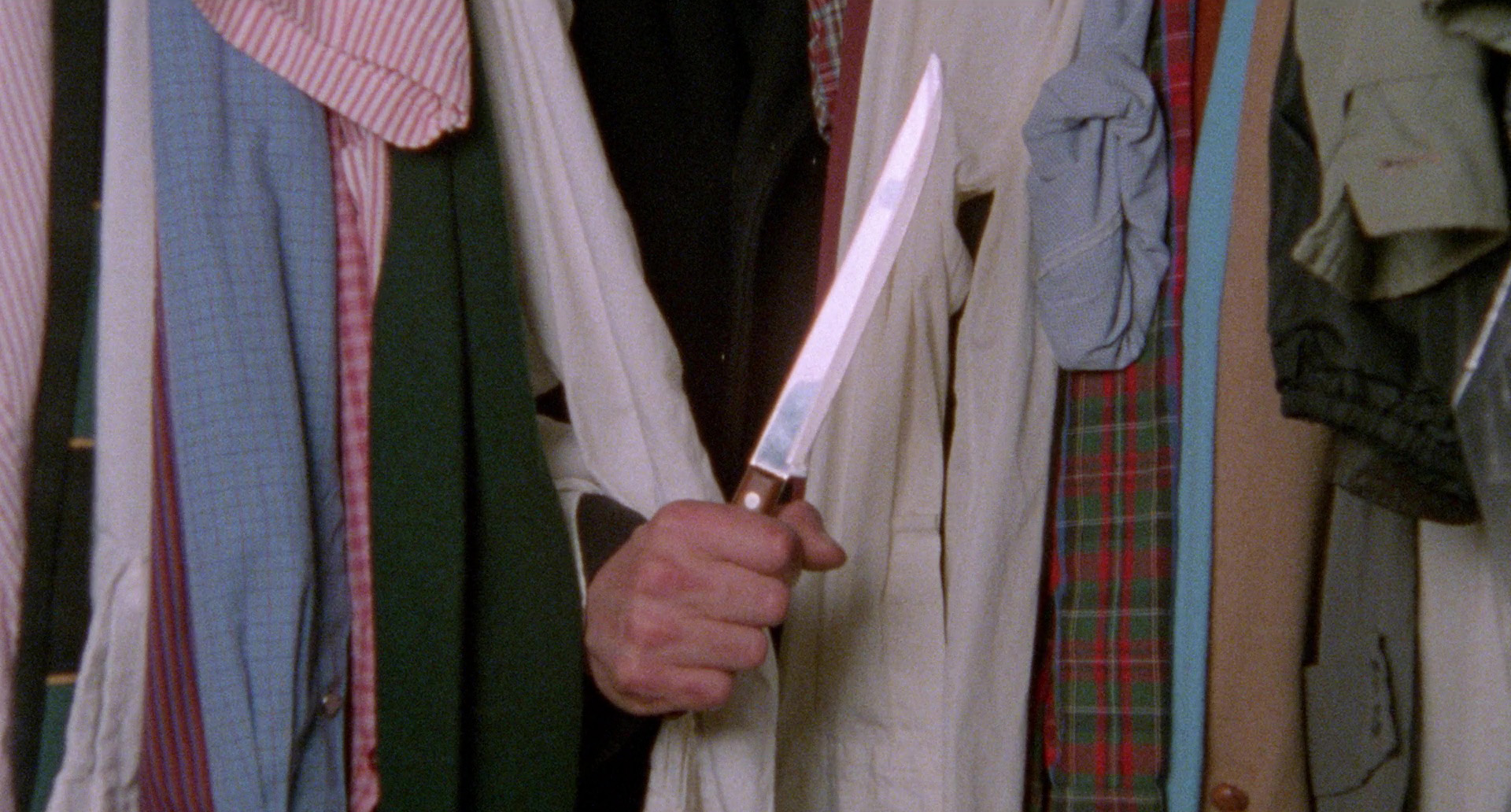 out at the tail end of the slasher craze from Troma where its herky-jerky tone combining serious, shocking thrills with goofball antics made it a perfect fit. Very cheap but featuring one of the subgenre's most mean-spirited endings, it's the type of film that made a strong impression on VHS hounds back in the '80s and has maintained a fair amount of popularity ever since.

After a lunatic escapes from a New York insane asylum by knifing a doctor in the crotch, three years elapse and pandemonium is erupting at St. Trinian's College. New teacher Julie Parker (infomercial star Riley, billed as Francine Forbes) is assigned by the priest headmaster Father Janson (Biel) to a "jinxed" classroom whose previous sociology teacher died under sinister circumstances. The disaffected students prove to be a handful, but there is a silver lining courtesy of a potential romance with fellow teacher Mark (Randig). Soon the students are getting bumped off via stabbing or scalping, with bodies turning up in dumpsters and drive-ins. Will Julie make it to the end of the semester without ending up next on the killer's list?

The schizo feeling of this film that's largely responsible for its affectionate reputation now may have been necessitated by the need to get this film up to a proper feature film running time, but fortunately it still flies by quickly at less than 80 minutes. The numerous murder sequences (three added well after the fact) 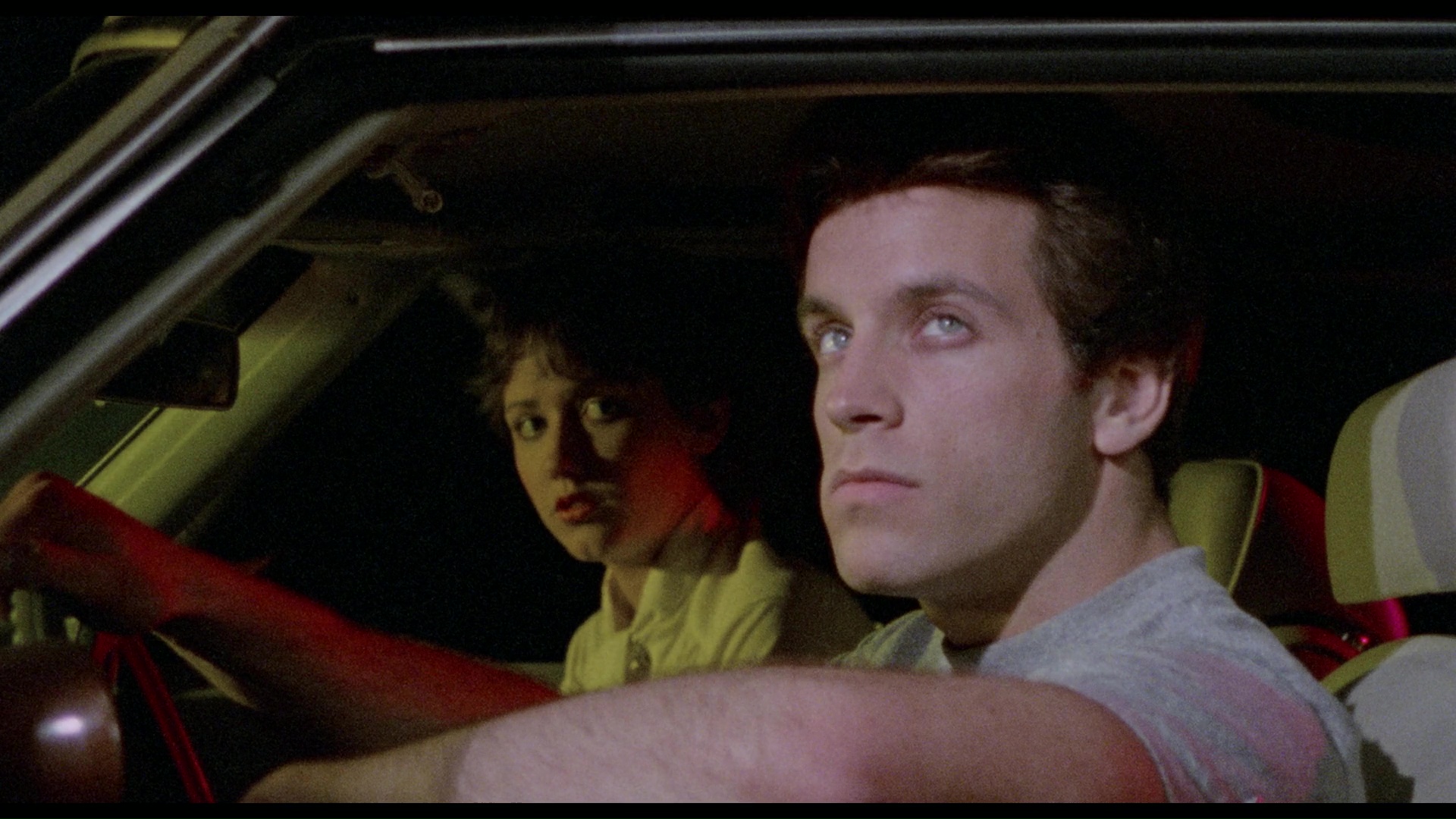 may not all fit in logically with the plot, but they're gory and effective enough for the film to merit two different release in R-rated and unrated editions on VHS from Lightning Video. Fortunately the latter has remained the constant in the 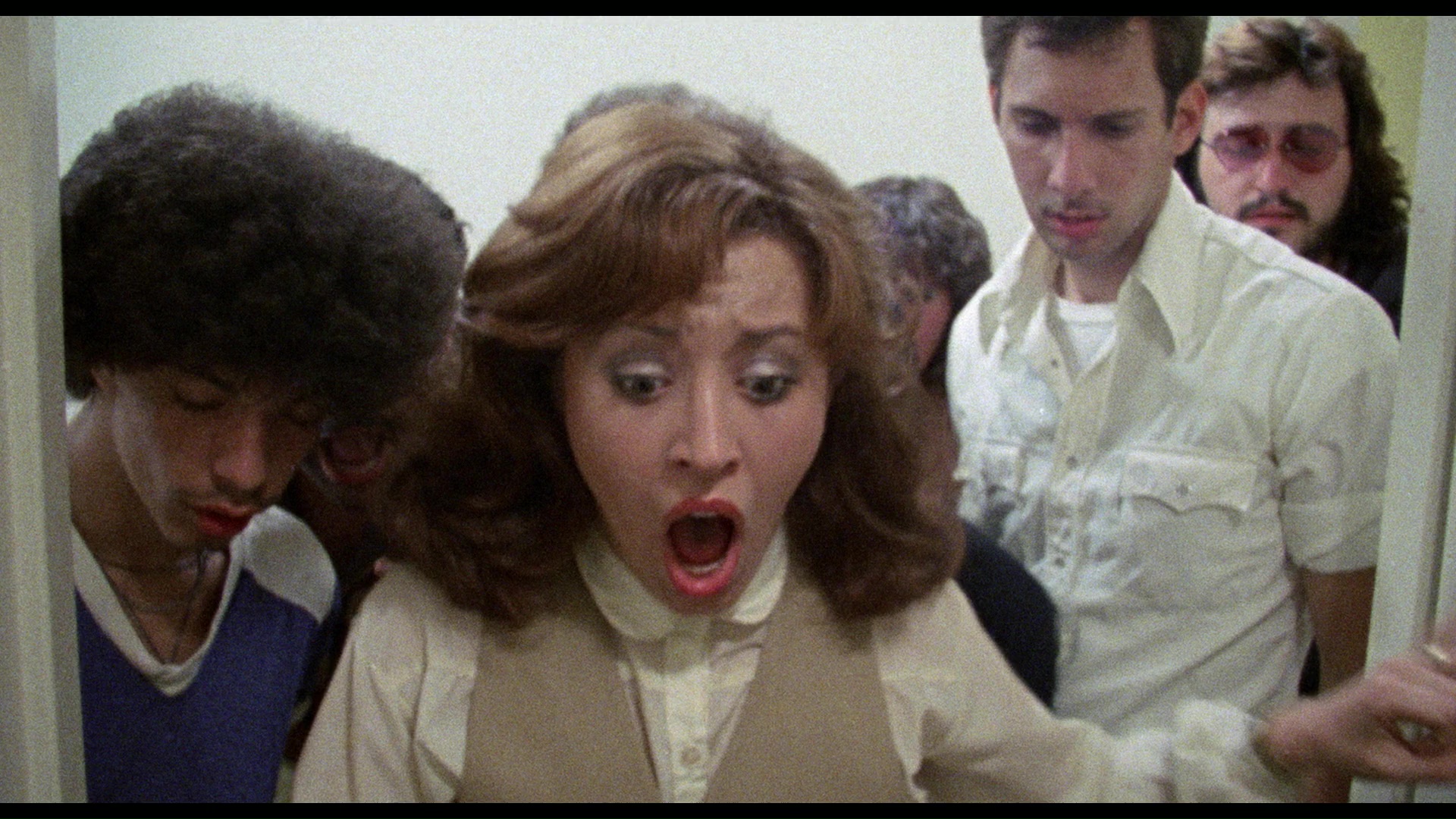 post-VHS era. The film is both ragged around the edges and weirdly endearing with its tangents involving various ill-fated students keeping viewers on their toes, and somehow that gives even more punch to the ruthless finale that manages to be even more bitter than the resolutions of Intruder and The Dorm That Dripped Blood.

A very lackluster DVD of this film was released by Elite Entertainment, taken from a ragged, gritty-looking theatrical print with two slightly different trailers as the sole bonus features. The first Blu-ray release of Splatter University appeared in 2015 from U.K. label 88 Films as part of its ongoing slasher collection, featuring a new 2K scan of the 16mm interpositive. The image quality was certainly better than the DVD, though it's also highly erratic with some scenes looking okay and others featuring extreme softness and peculiar color timing. The first pressing also accidentally omitted the closet knife stabbing in the last third of the film, but corrected discs were pressed and sent out as replacements; currently circulating discs are all the correct one. The biggest bonus on this release is the most recent film by director Richard W. Haines, What Really Frightens You (74m54s) from 2010, about three interviewees for a horror magazine revealing what scares them the most for an article only to find those phobias coming true. It's modest and nowhere near as outrageous as the main feature, but die-hard fans may find it of interest. An audio commentary with director Richard W. Haines runs just under an hour and covers not only the making of this film but his other professional endeavors as a pulp writer and film historian. The track is also studded with sound bites from special effects artist Amodio 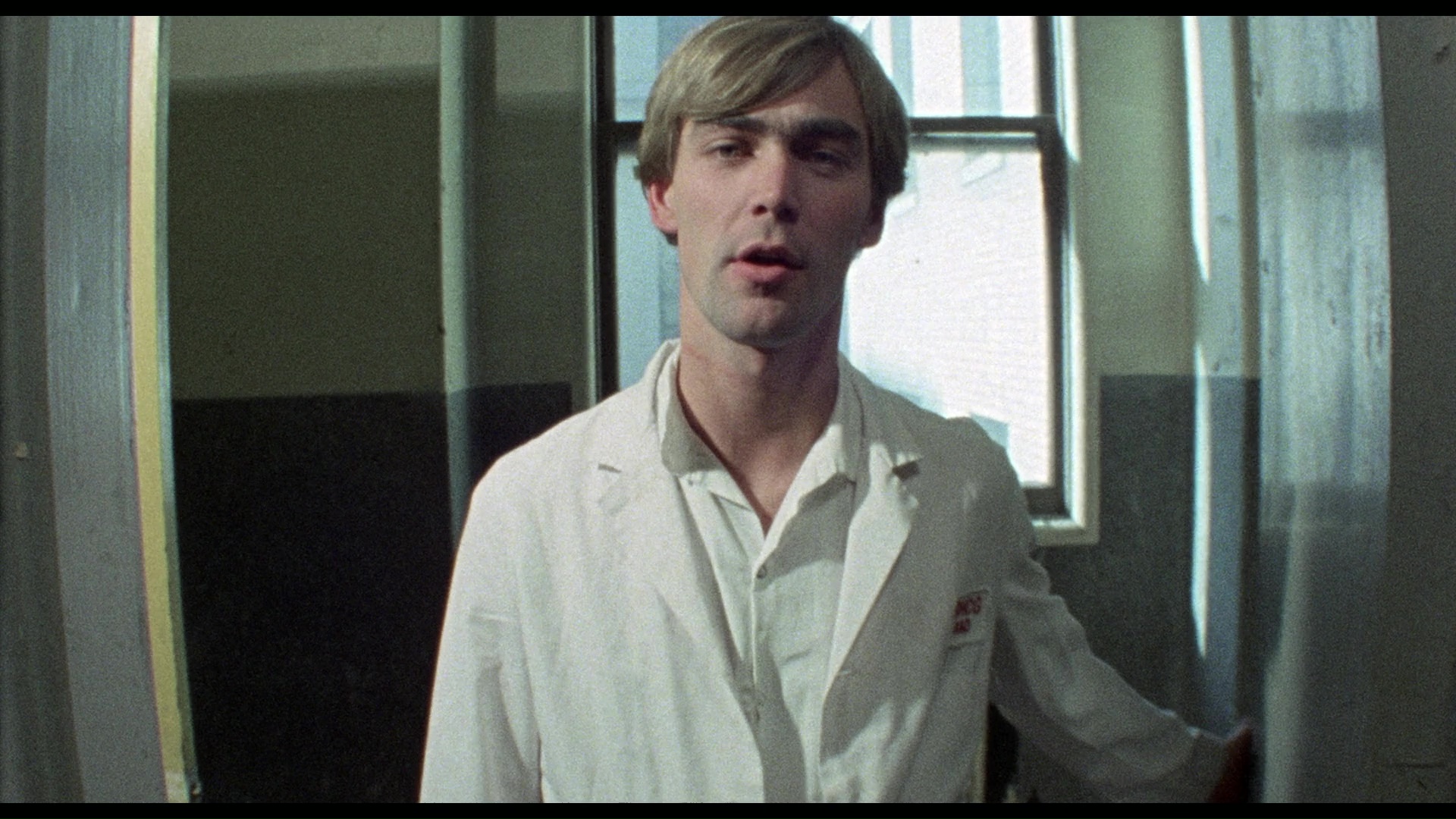 Giordano, who received some advice from Tom Savini on how to come up with some of the more gruesome moments, and Forbes, who's very cheerful about the film and looks back on it fondly. A "Splatter Scholar" featurette with Justin Kerswell (author of The Teenage Slasher Movie Book) covers the basics of the film's history including its brief intended title of Splatter, the film's cruel streak, Haines' history with Troma, and the benefits of Riley's solid performance. A stills gallery and theatrical 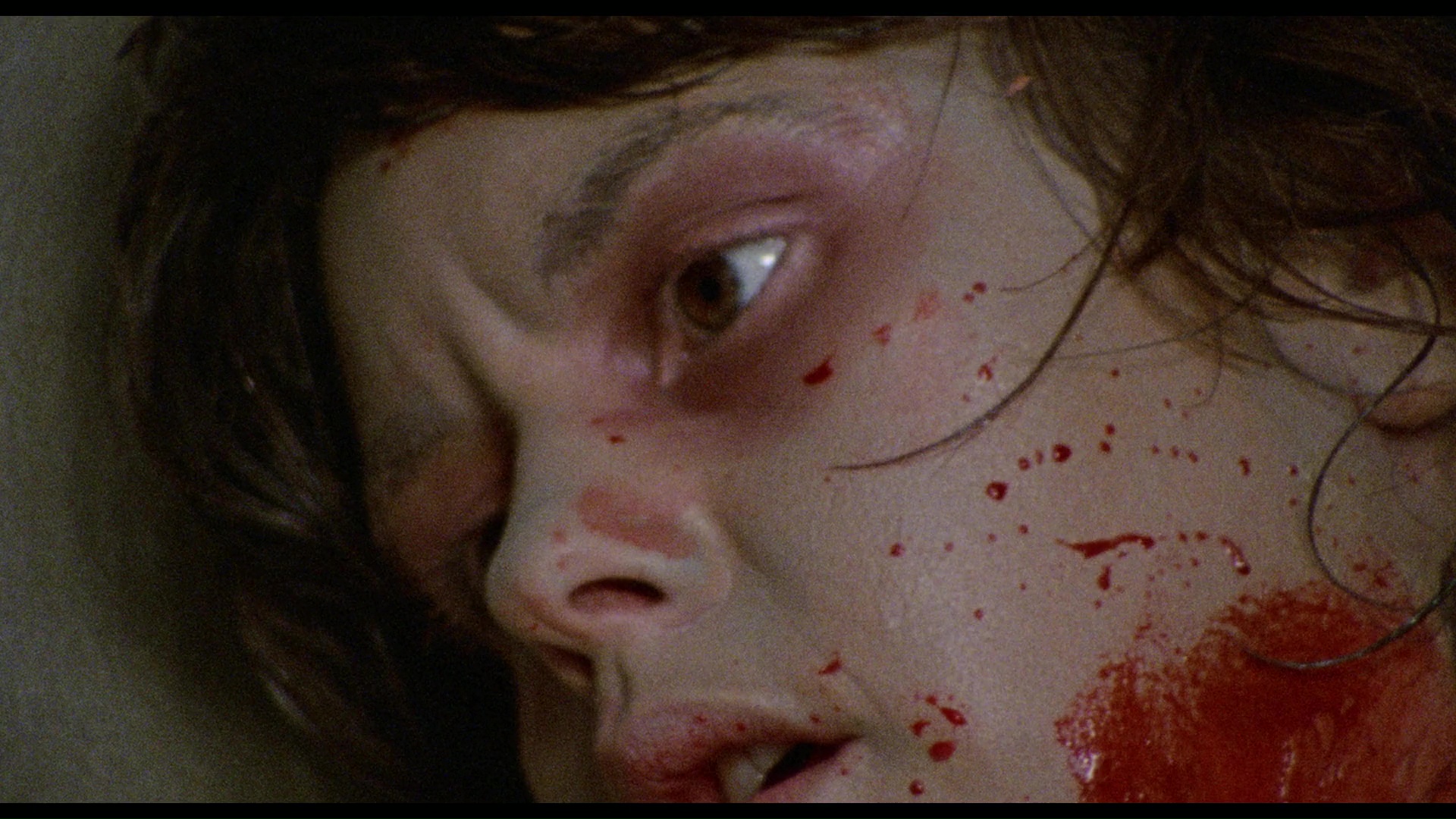 In 2019, Vinegar Syndrome gave the film its U.S. Blu-ray premiere with a fresh HD scan of the original 16mm camera negative, and the results are markedly different to say the least. A substantial amount of additional image info is added to the edge, film grain is far more evident and natural throughout, and the color timing evens out to become more consistent and pleasant to watch. Overall it just looks healthier and better composed throughout. The DTS-HD MA English audio is likely as good as this can possibly sound; there's always been some warbling in the electronic music score and a general drabness to the sound mix, but there's only so much you can do. English SDH subtitles are also included. A sort of different commentary track with Haines (intercut with the preexisting, unadvertised separate comments by Forbes and Giordano) includes thoughts on the extra scenes shot to pad out the running time (including the prologue and epilogue as well as the goofy student filler), the path to Troma, shooting on 16mm, and more. Much of the track is ported over from the earlier one, but a great deal more has been added and modified as well including a new intro. It runs about eight minutes shorter than the full film (which means it's significantly longer than the older one), so the climax still plays out with the film soundtrack. A new commentary with the gang from the slasher-themed podcast The Hysteria Continues (including Kerswell) is enthusiastic and full of trivia including the giallo-esque reworking of the killer's identity for international distribution reasons, 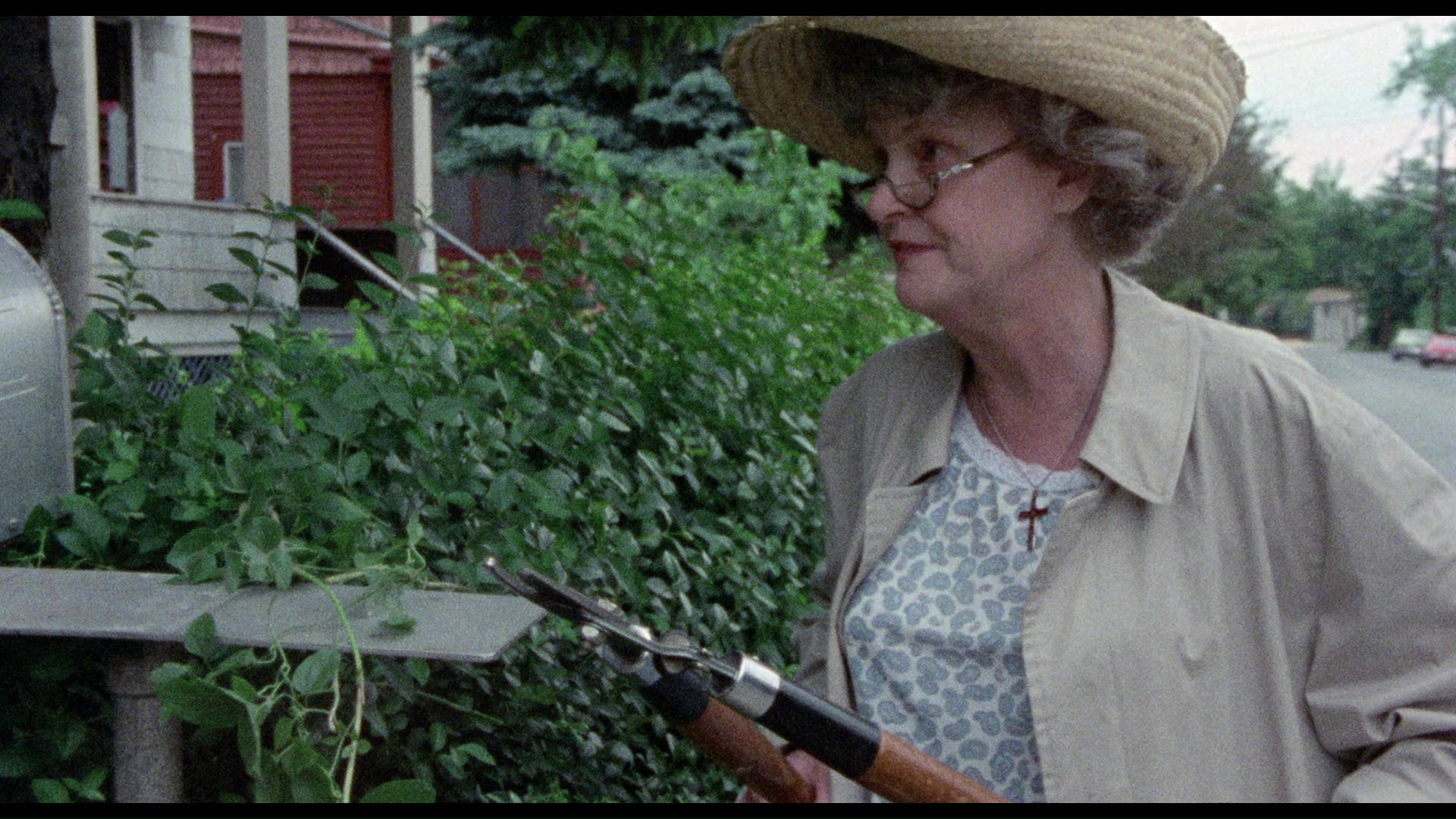 the use of Friday the 13th Part VII actress Elizabeth Kaitan on the memorable poster and VHS box art, their own first encounters with the film (including its U.K. run as Campus Killings), and the film's upending of slasher conventions in some unexpected ways. An audio interview with composer Christopher Burke by Vinegar 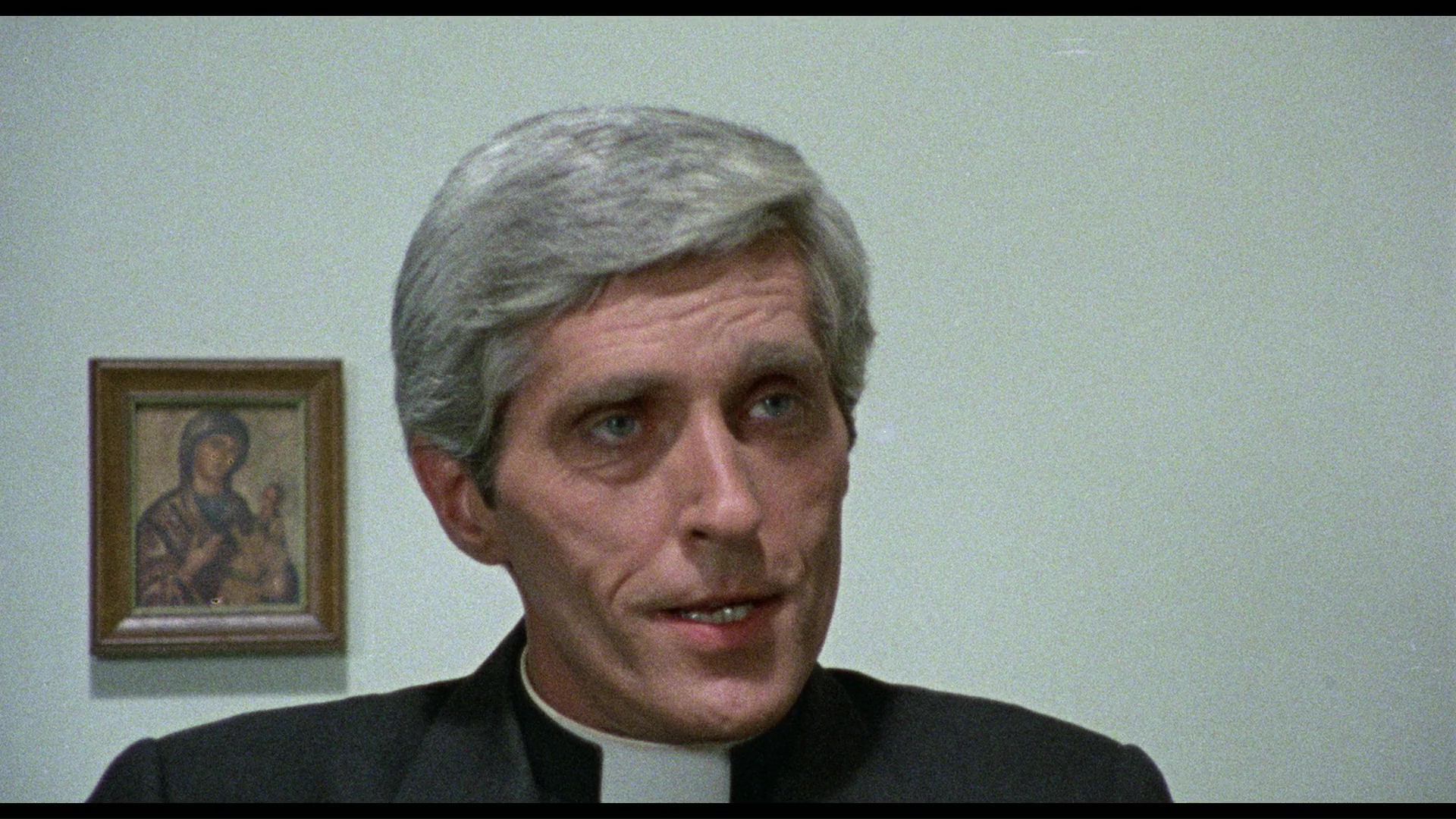 Syndrome's Brandon Upson covers his entry into composing including his attendance at NYU (thus his hiring on this film), his love of Jerry Goldsmith, the use of synthesizers (and its current fetishizing), and the necessary approach to scoring a slasher movie in a post-Halloween world. Also included are the theatrical trailer, a TV spot, a script gallery (7m25s) under the film's original title (confirming that what seems like the best way to end the film actually was the original closing shot), a batch of radio spots (2m21s), a gallery of stills and promotional artwork (4m2s), and an option to play the main titles music (56s). The Interestingly, both releases' reversible covers and disc labels make prominent use of the film's alternate key art that hilariously pilfers its central image from The Beyond.

A few months later in 2019, Austrian label Cinestrange Extreme gave the film a third Blu-ray special edition that ports over the first European audio commentary with Haines and Giordano as well as the trailer. A hammy exclusive video intro with Haines (2m) precedes the film, and he also appears for a new video interview (11m33s) chatting about the ins and outs of shooting in 16mm like other notable horror films, the production process under the original title, his first encounter with Troma, and more. Also included are a German lobby card gallery (2m15s) as Highschool des Grauens, a budget gallery (48s), a credits gallery (18s), production shot gallery (3m3s), and a screenplay gallery (5m41s). The disc also features two theatrical trailers and bonus ones for American Rickshaw, Subsconscious Cruelty, and The Iron Commissioner. Image quality appears to be virtually identical to the U.K. release across the board, with audio presented in English or German DTS-HD MA 2.0 mono with optional German subtitles. The deluxe limited edition mediabook packaging also features a 12-page booklet with German liner notes by Nando Rohner. 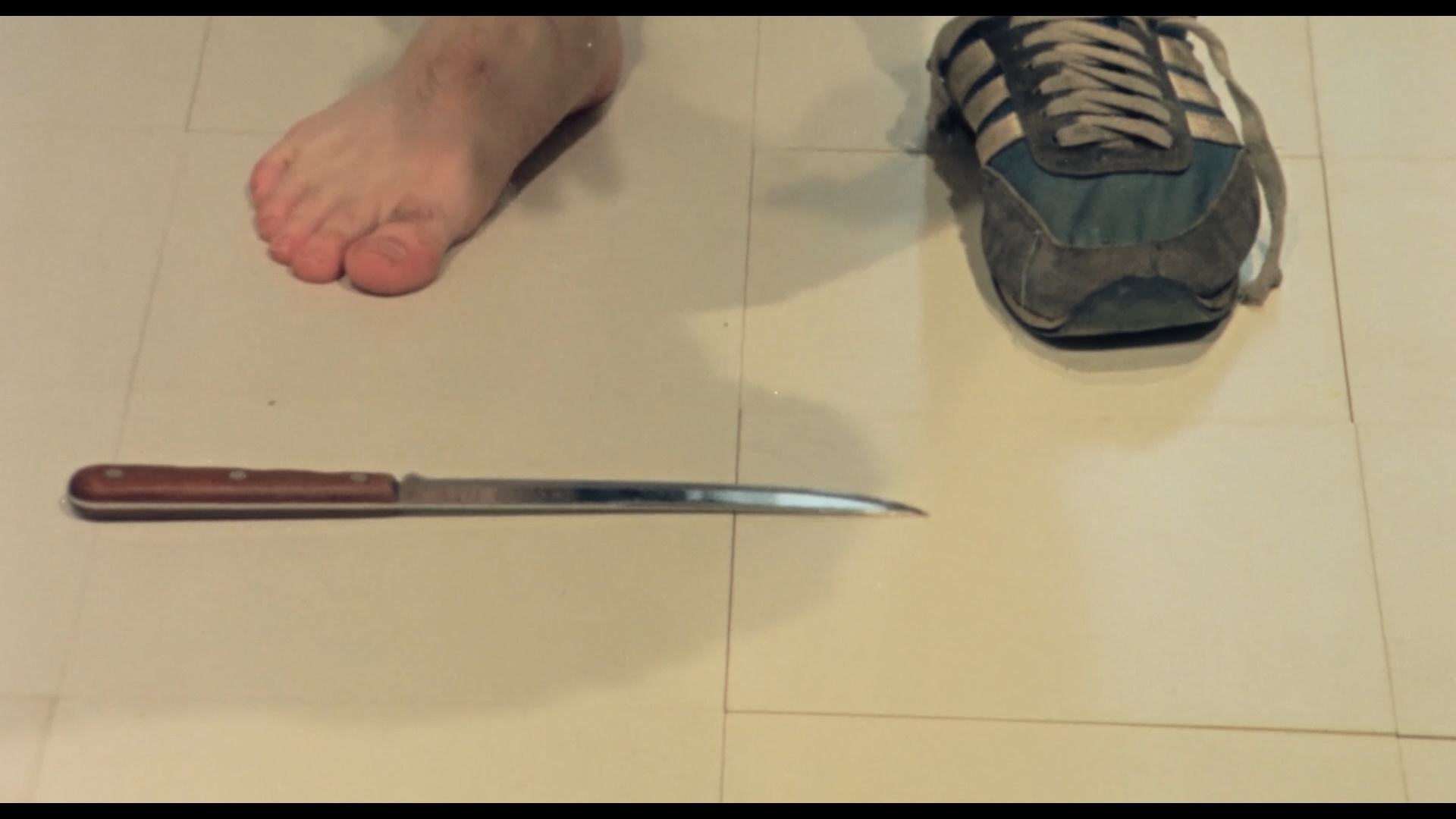 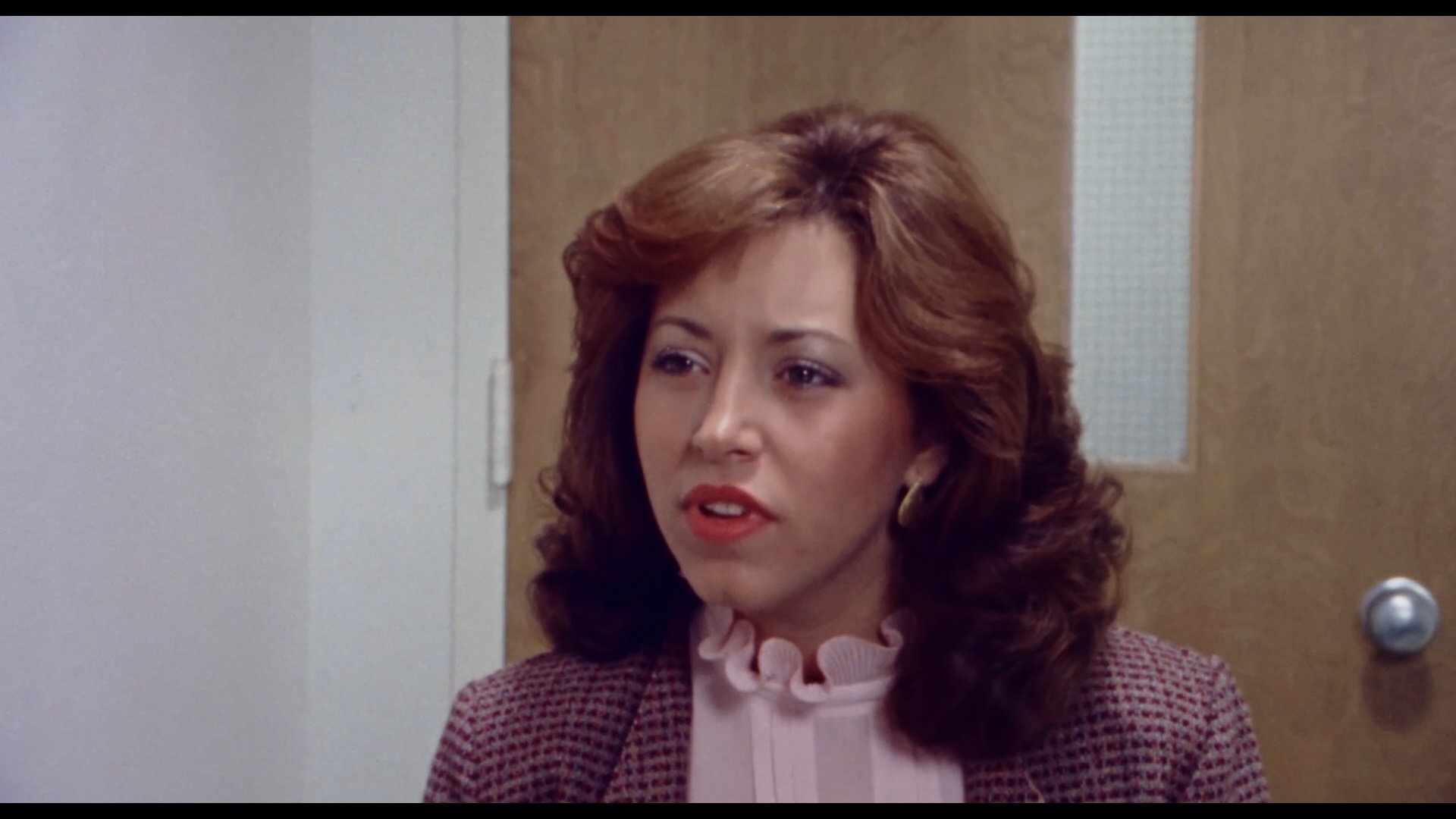 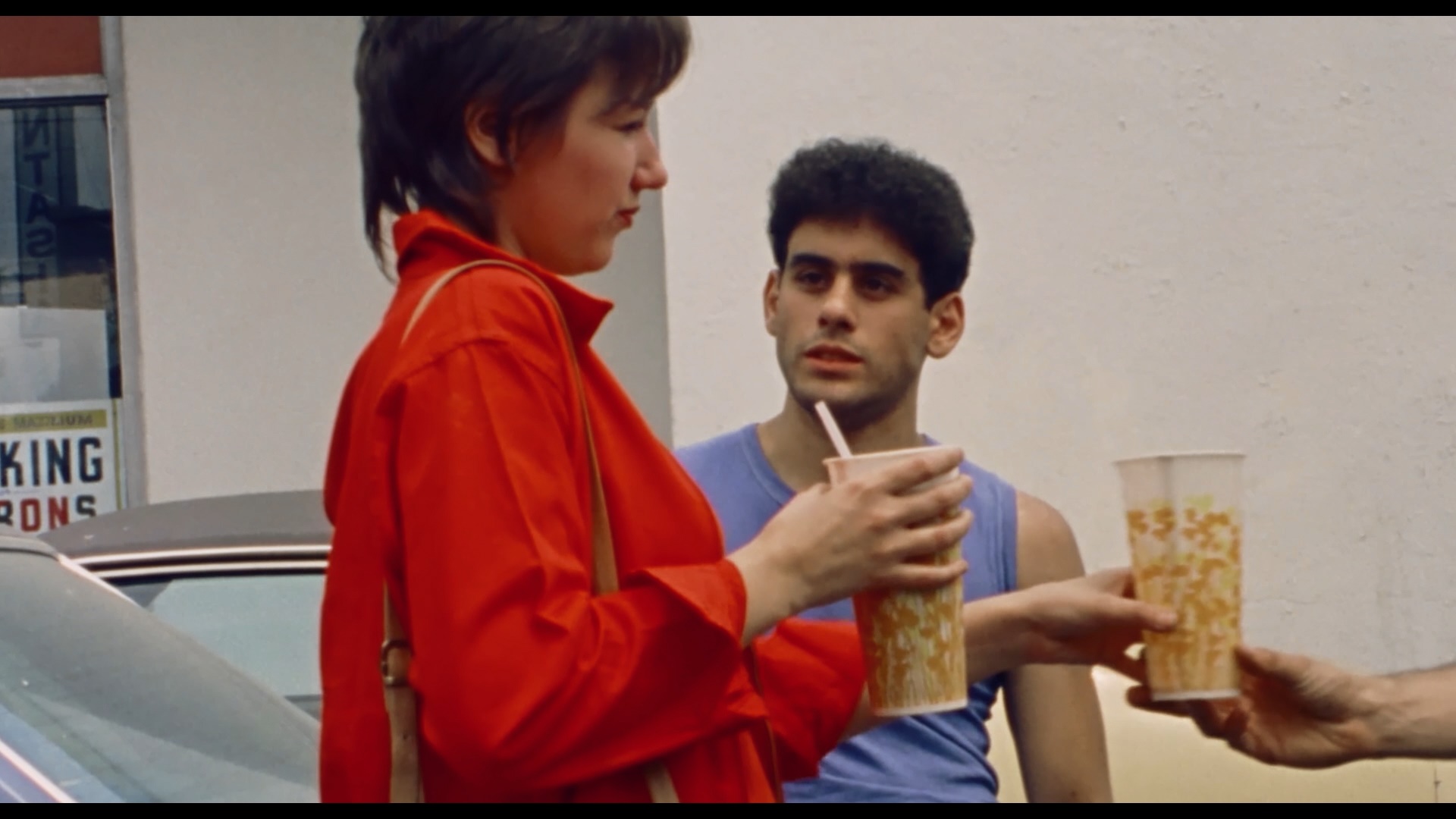 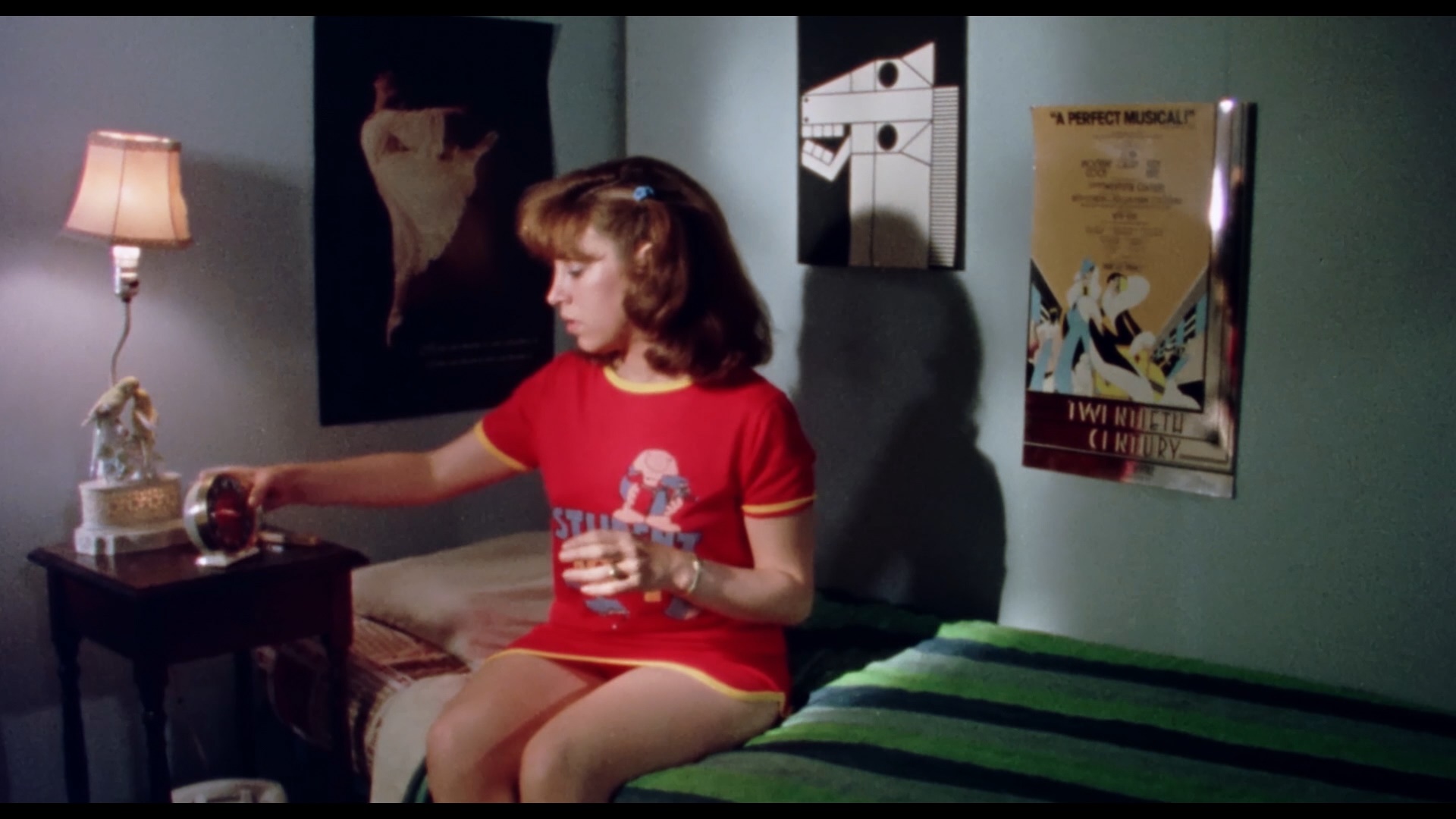 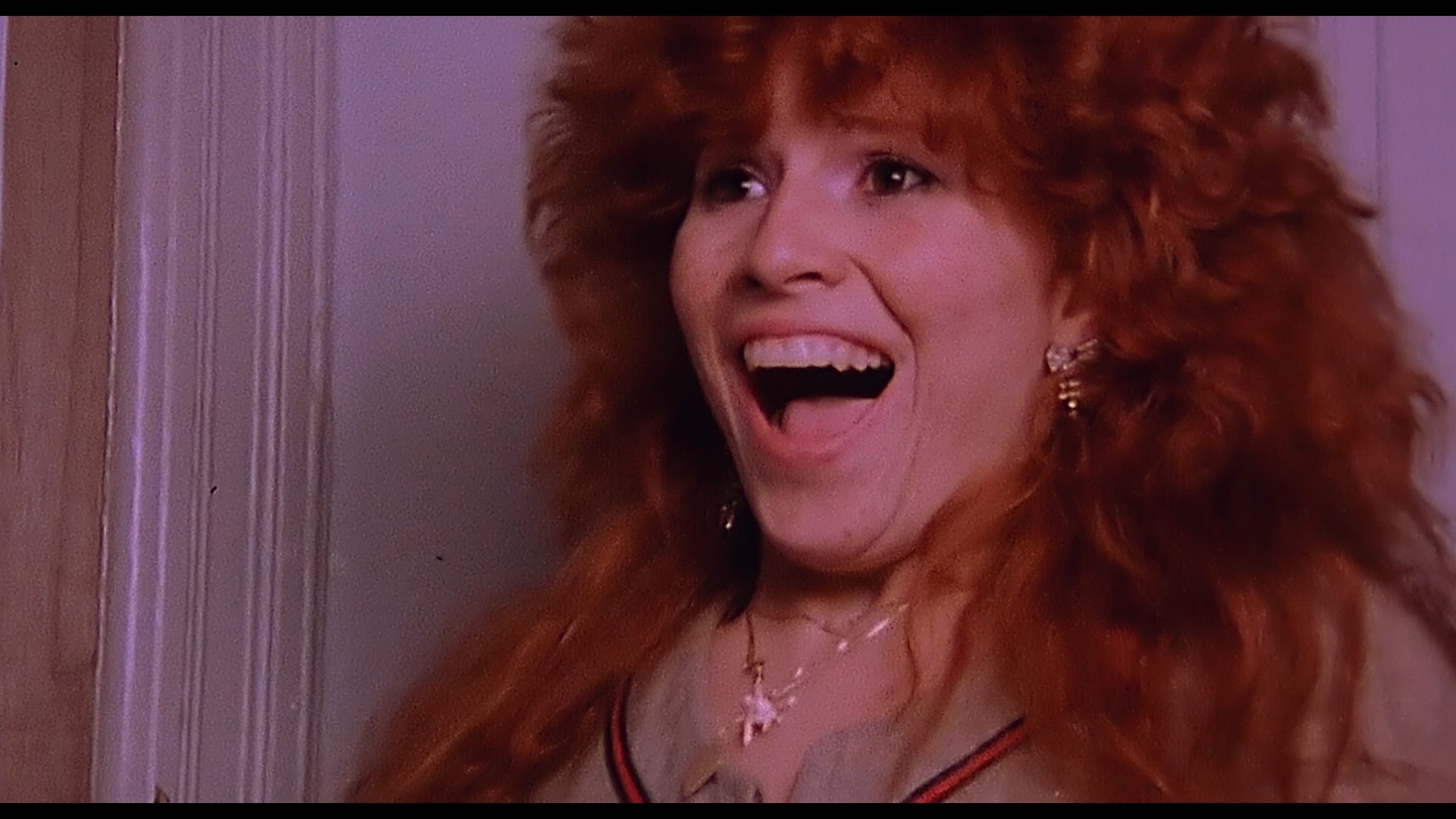 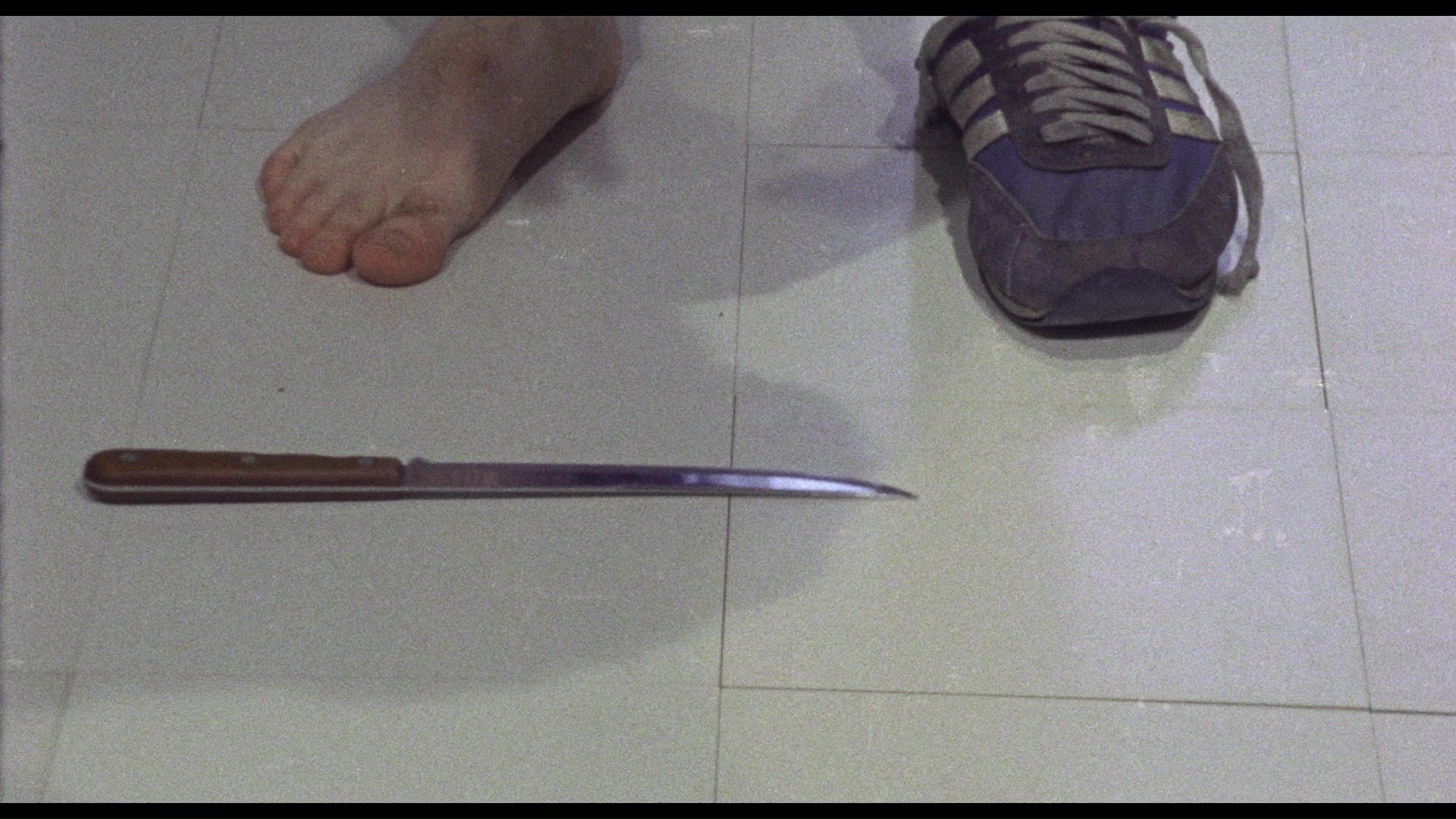 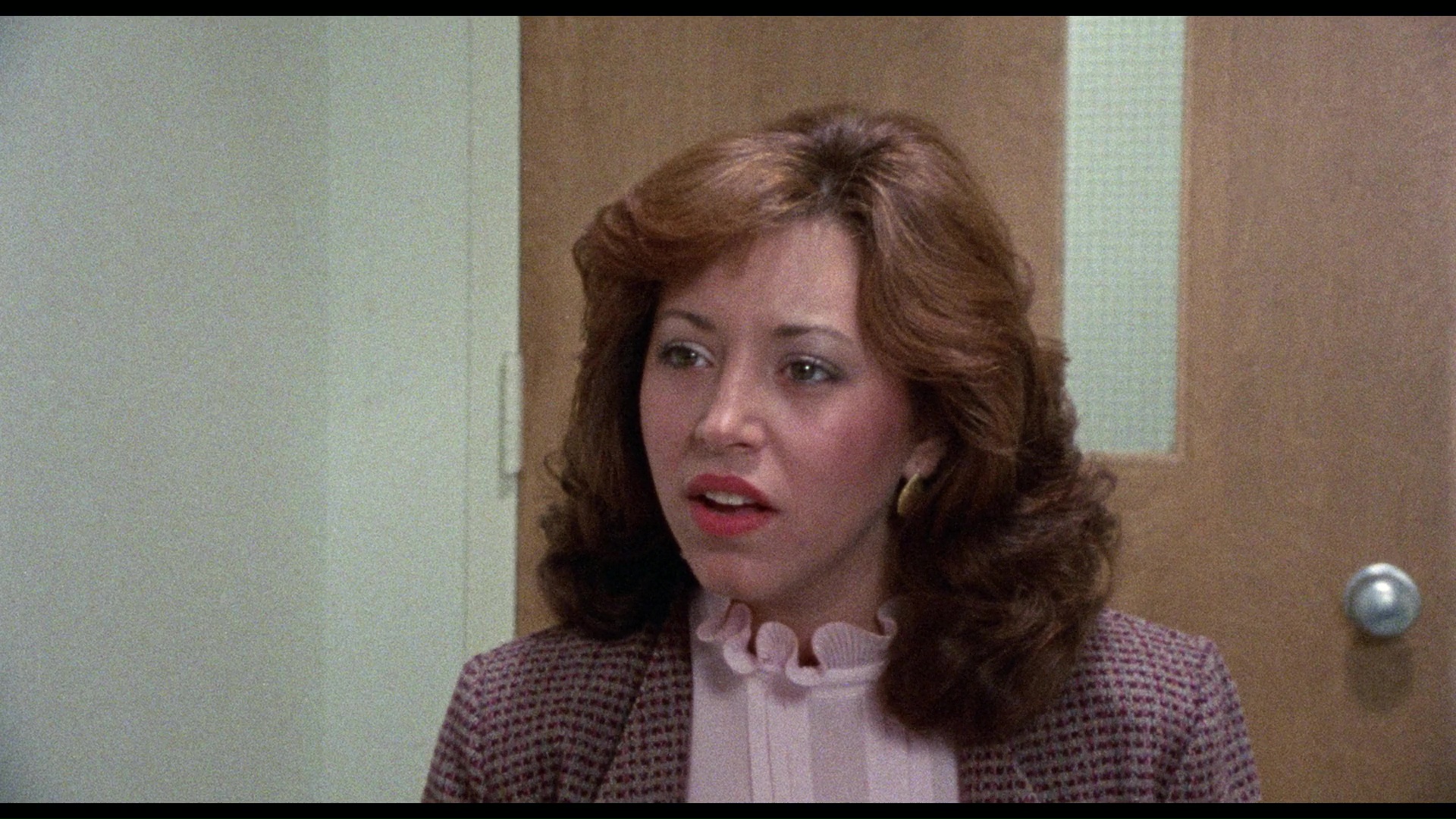 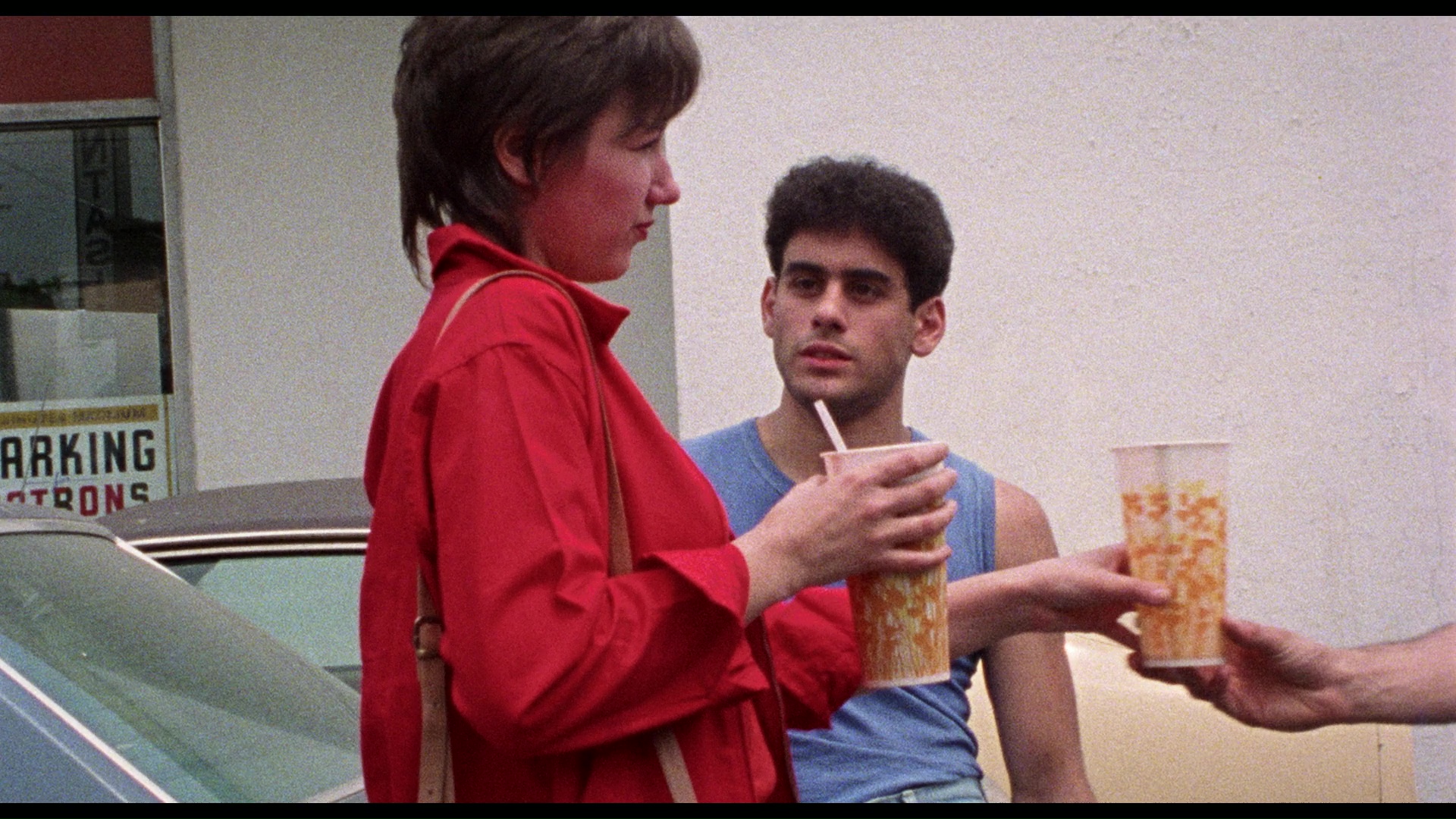 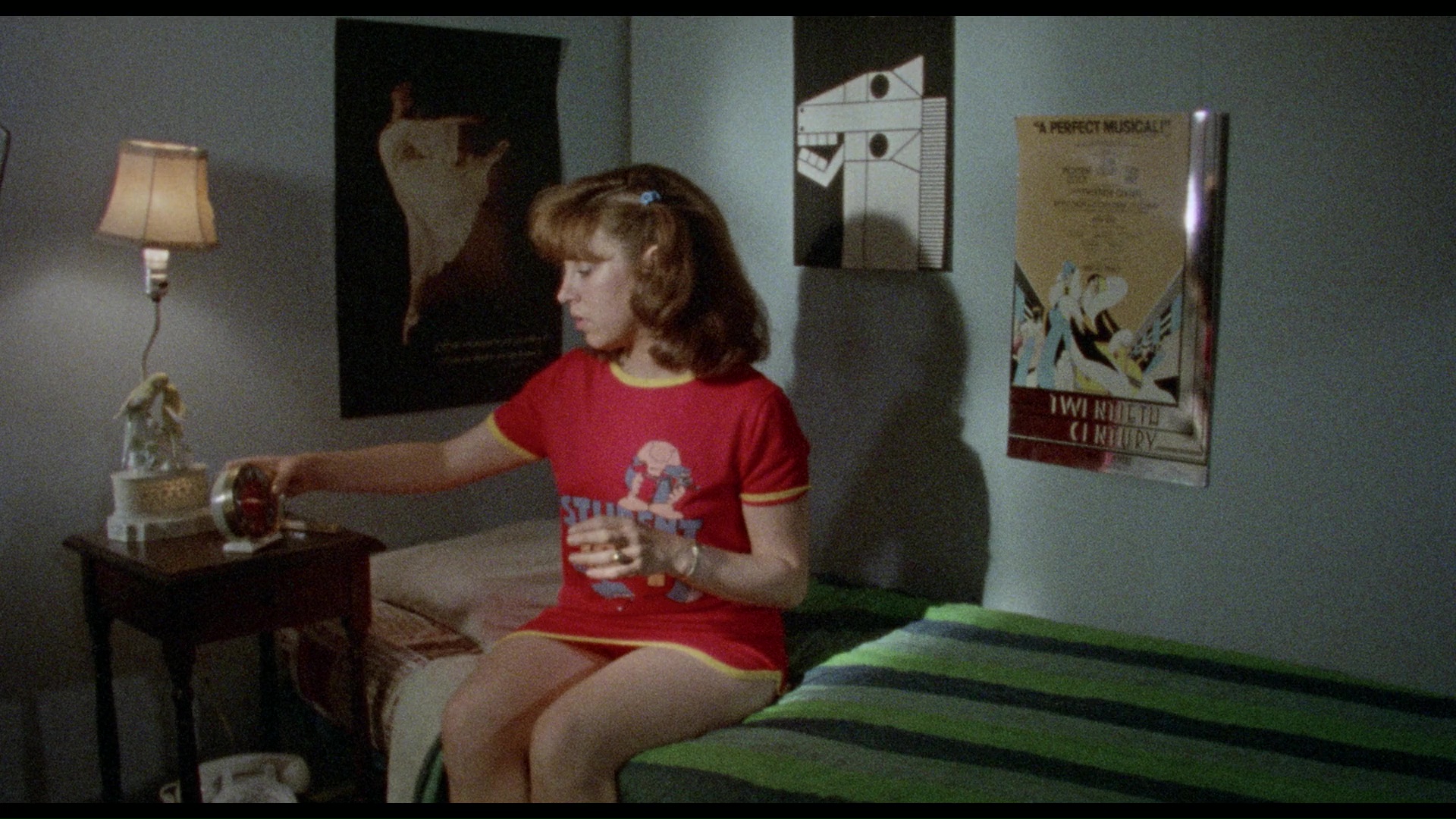 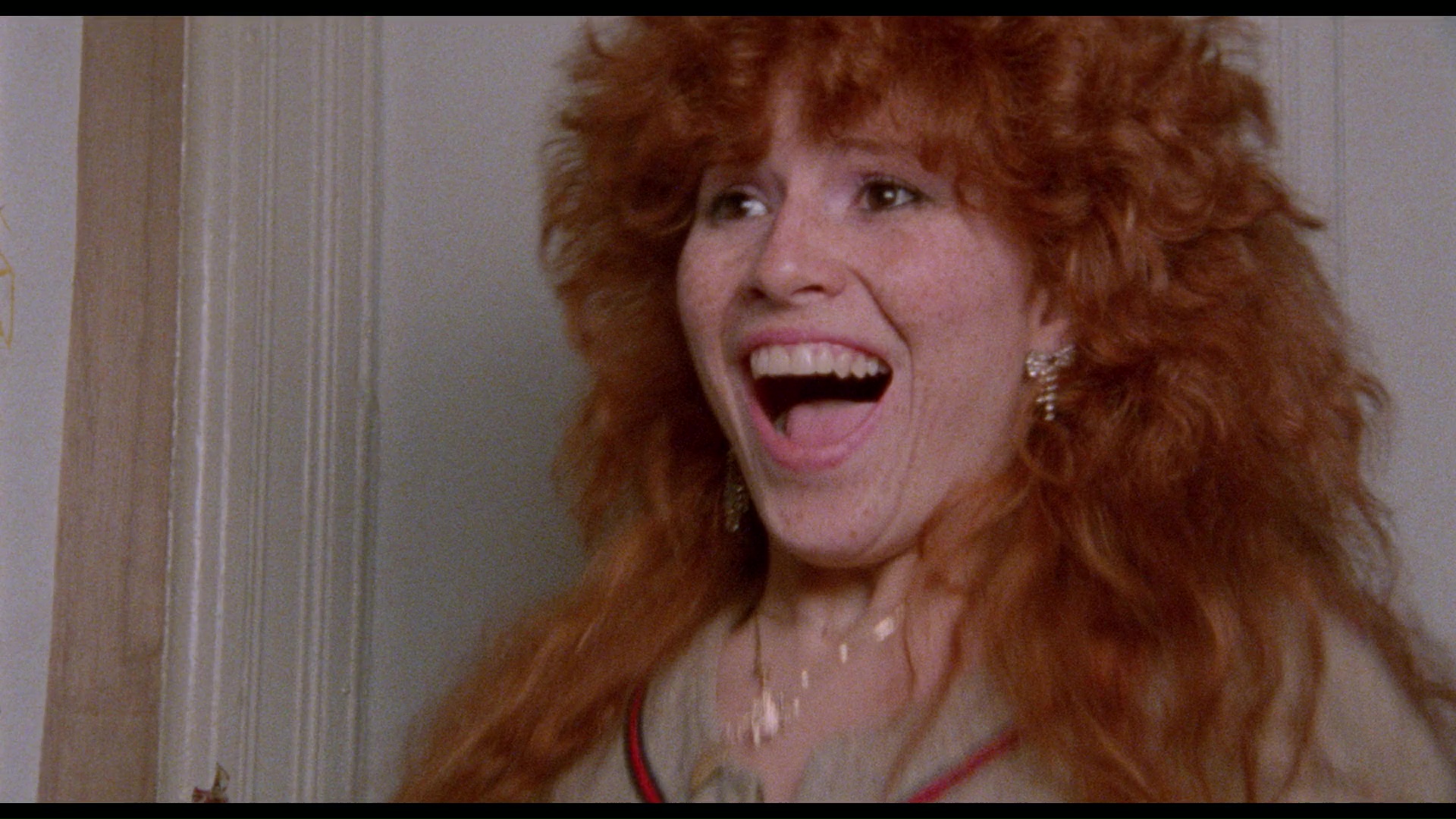 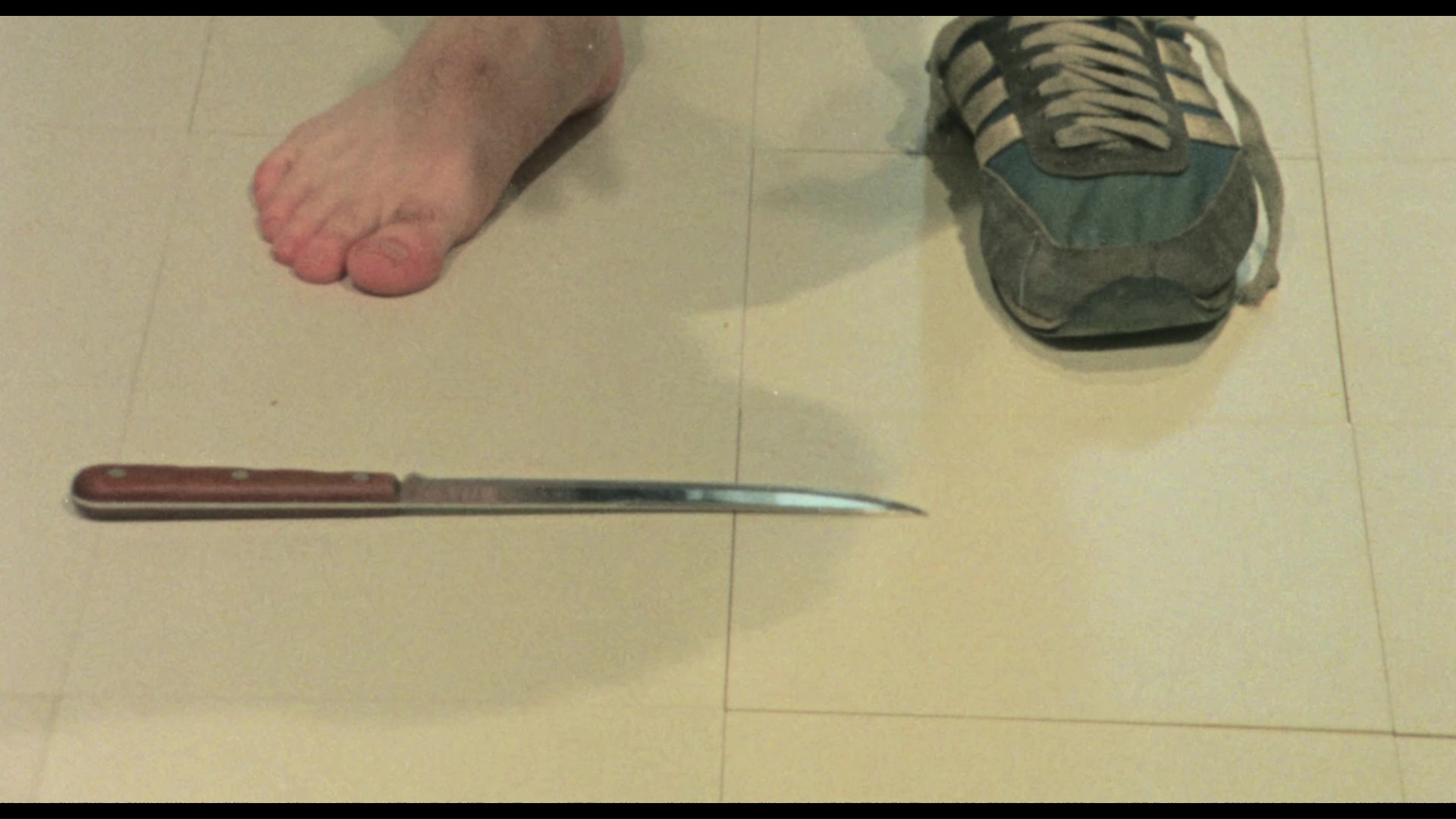 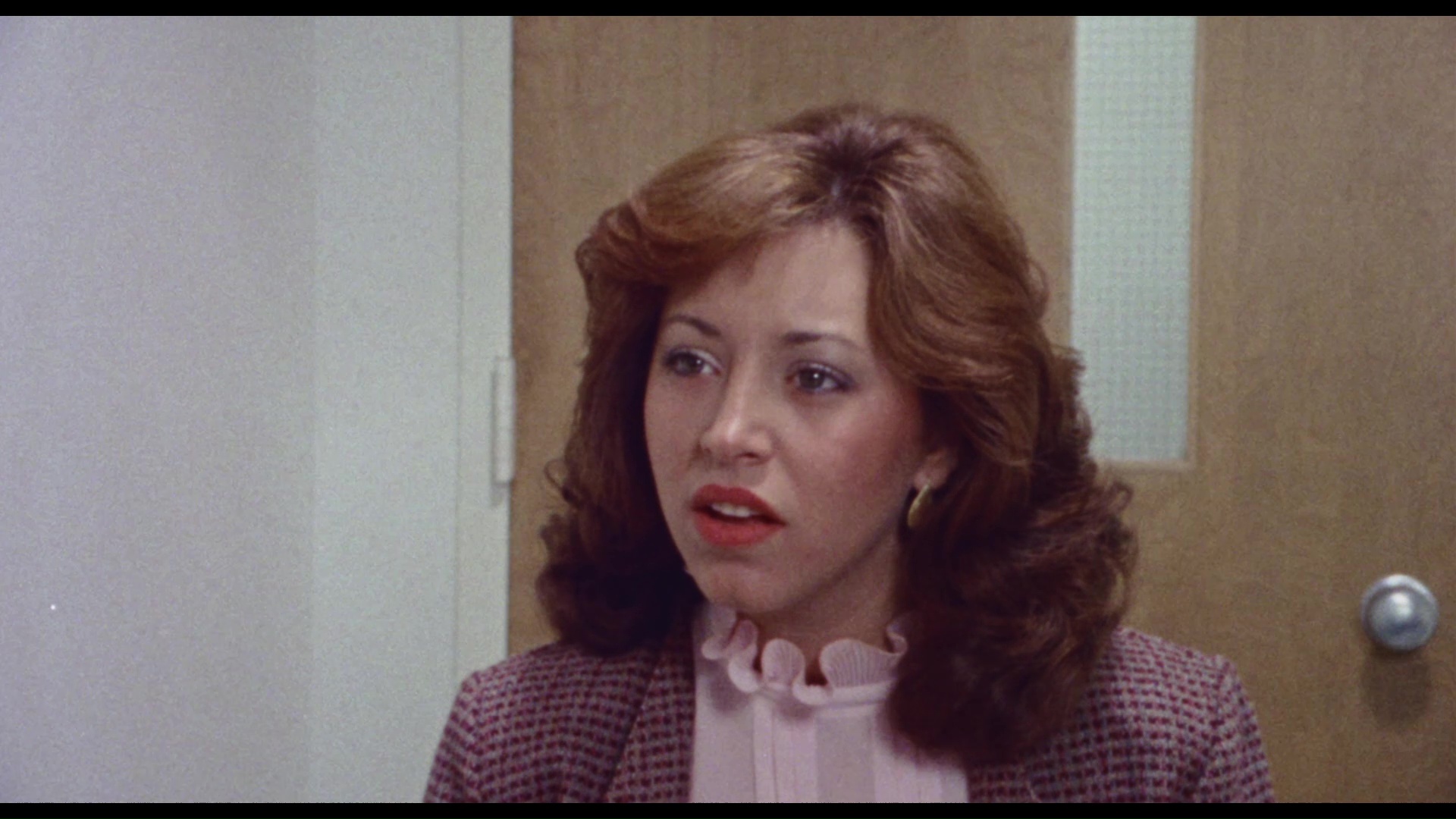 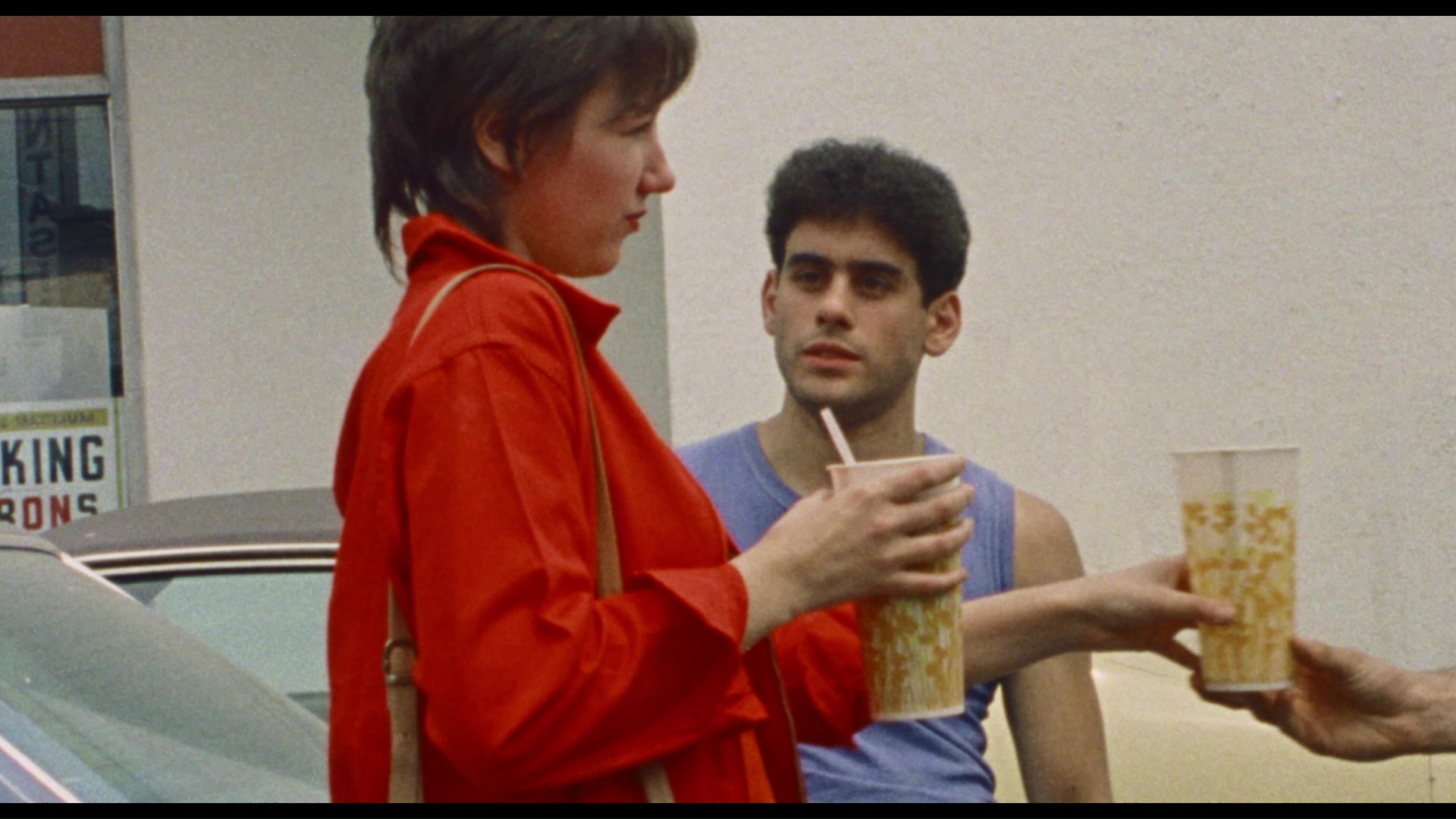 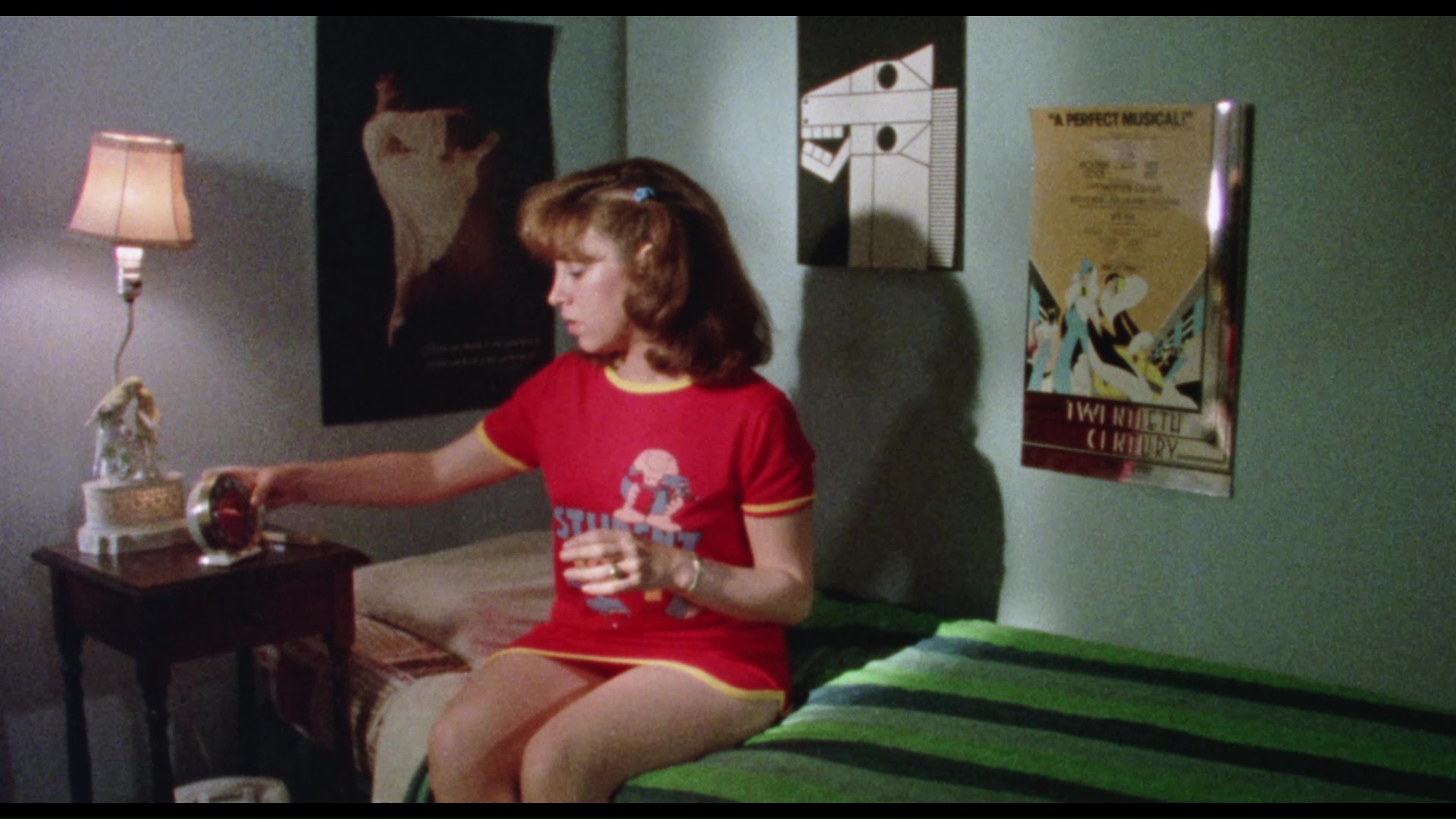 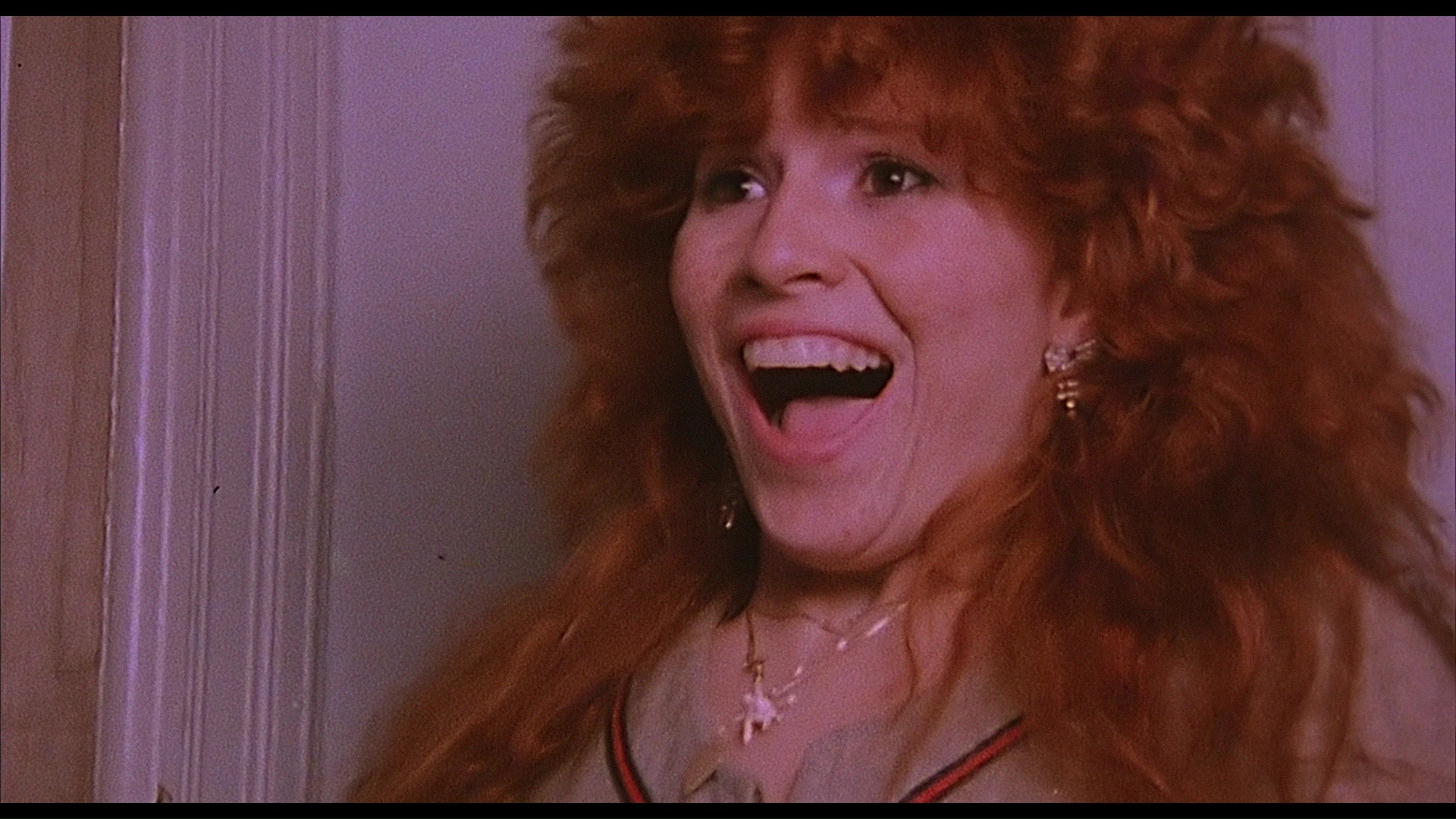