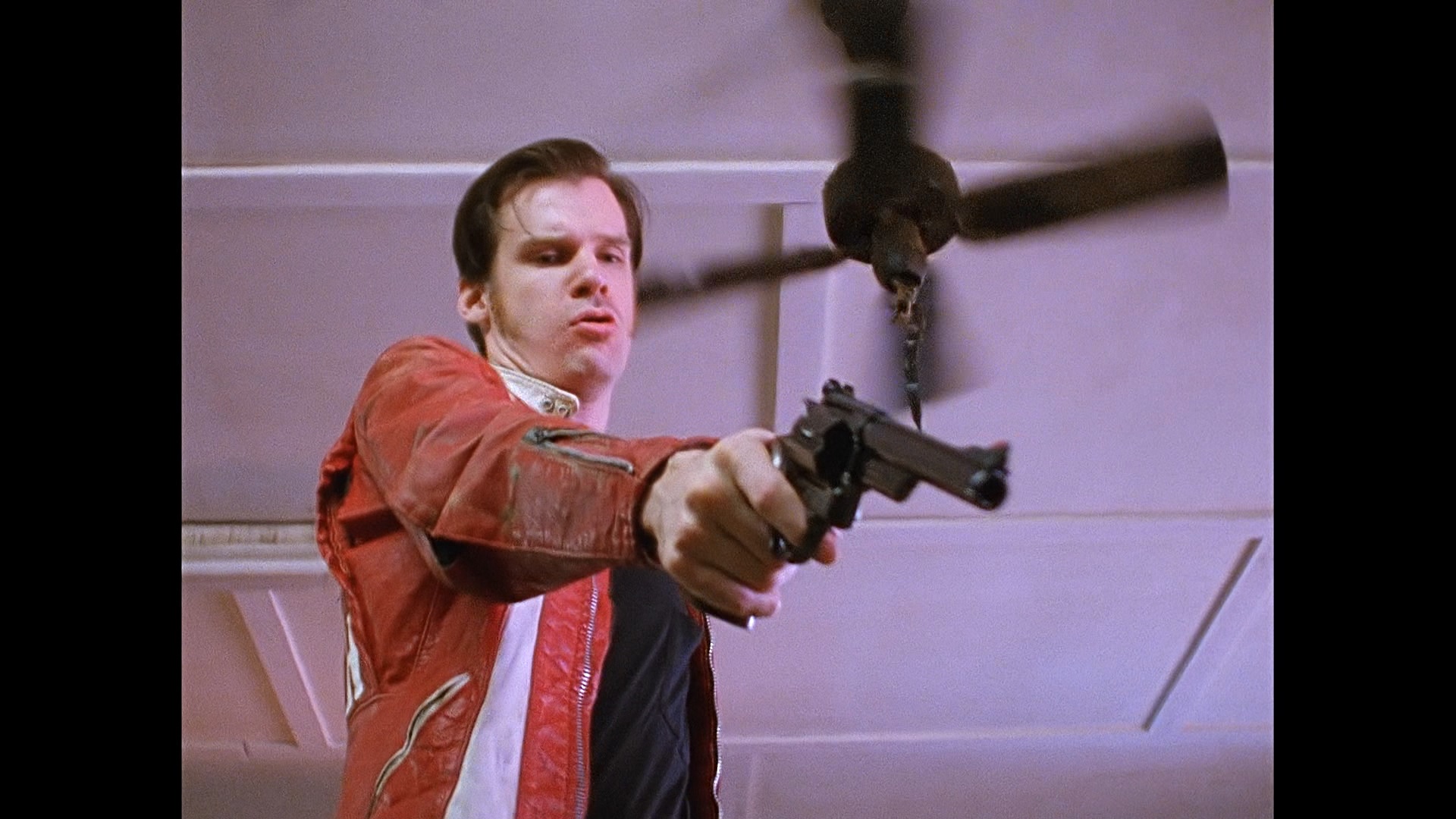 for pocket change in Mississippi and Tennessee, 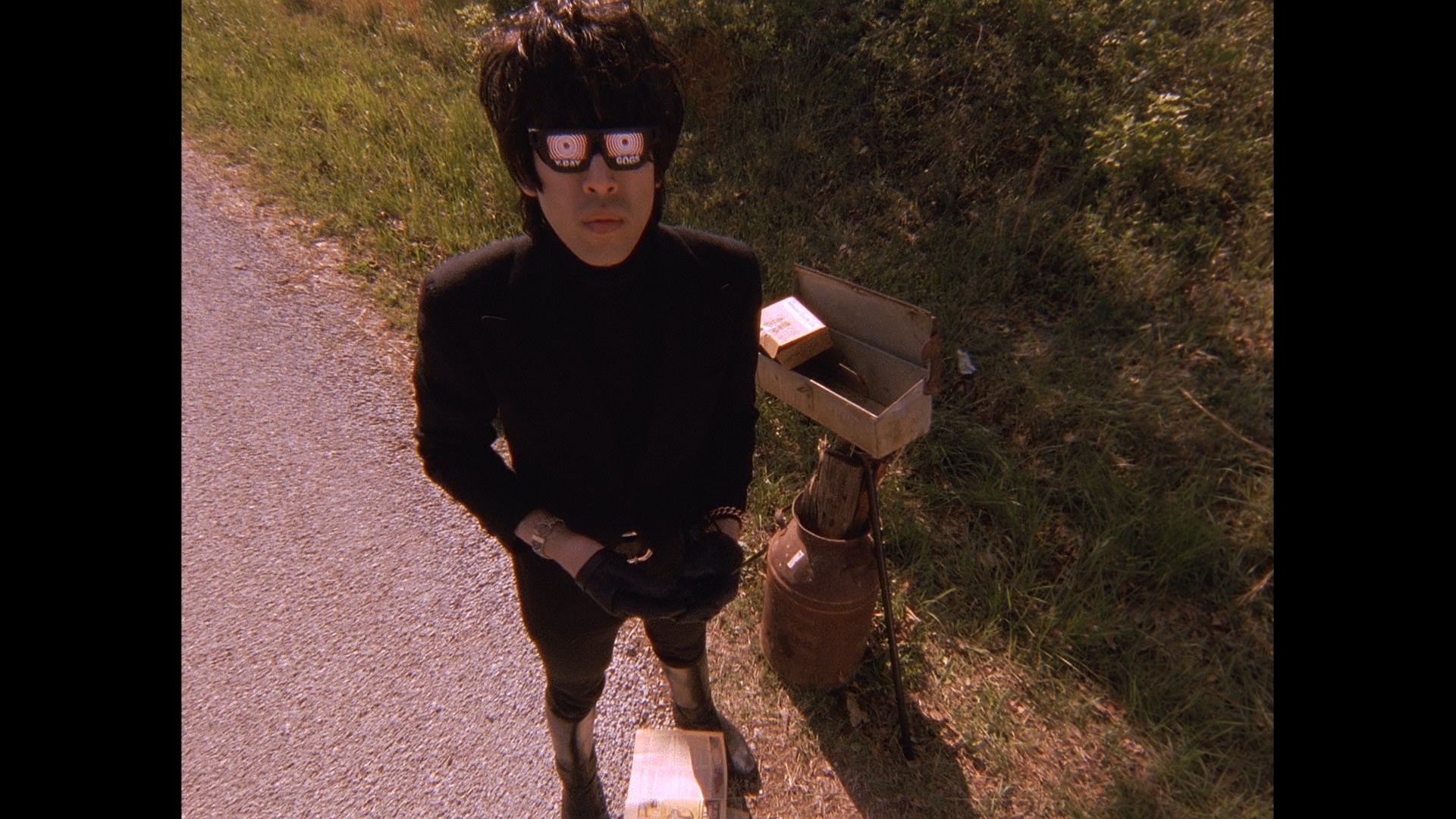 The Sore Losers is an ambitious and often riotous genre mash-up from comic book artist Mike McCarthy after his endearingly grimy Teenage Tupelo in 1995 (which made the rounds from Something Weird) and his debut, 1994's Damselvis, Daughter of Helvis. A mixture of comic book culture, rockabilly culture, gore, and hard-bitten dialogue, it's an endearing stab at taking a decade or two of drive-in cinema and tossing it into a blender with a Southern twist.

Greaser oddball Blackie (Yarber, credited as "Jack Oblivian") is actually an alien returned to Earth after a previous visit in the '50s to kill off a dozen random people. He came up short of his goal, so now he's back and teaming up with the certifiably insane former asylum inmate Mike (Maker), a comic book collector gone very wrong who's also the recipient of some of Blackie's blood. Soon they cross paths with the pissed-off Kerine (Elkins), who's out to kill some hippies after one tried to steal her car at gunpoint. Meanwhile some feds are on their path and believe the criminals are tied to the impending end of the world, and after accidentally exceeding their collective kill count to 13, Blackie finds out from his cosmic boss (David F. Friedman!) that his victims have been too old-- and he has to rack up a young one to go back home. Bloodshed, zombies, a naked angel, vinyl outfits, live music, and burlesque dancing. 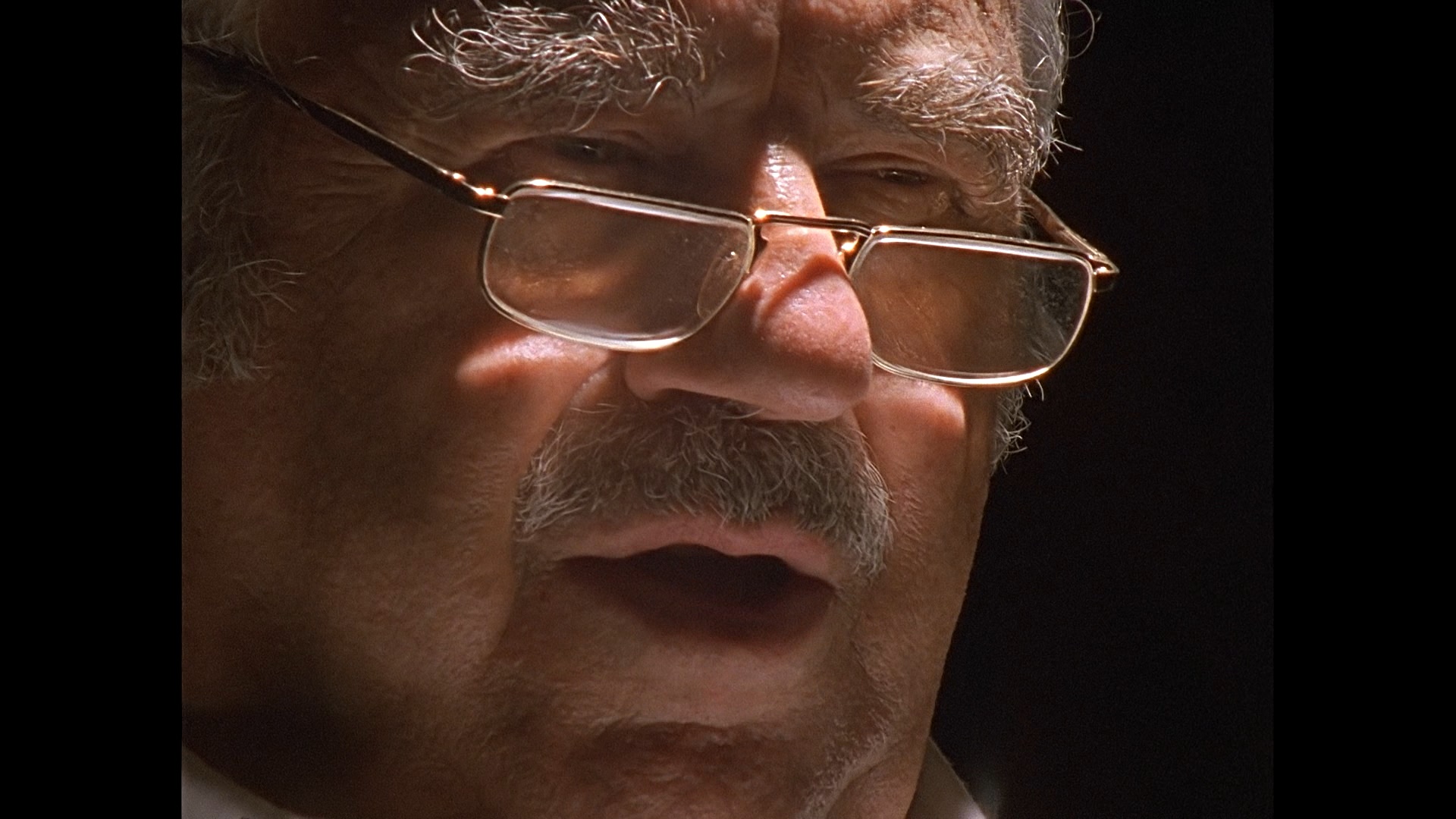 A snapshot of a bygone era in more ways than one, this film was intended as an homage to classic exploitation cinema and 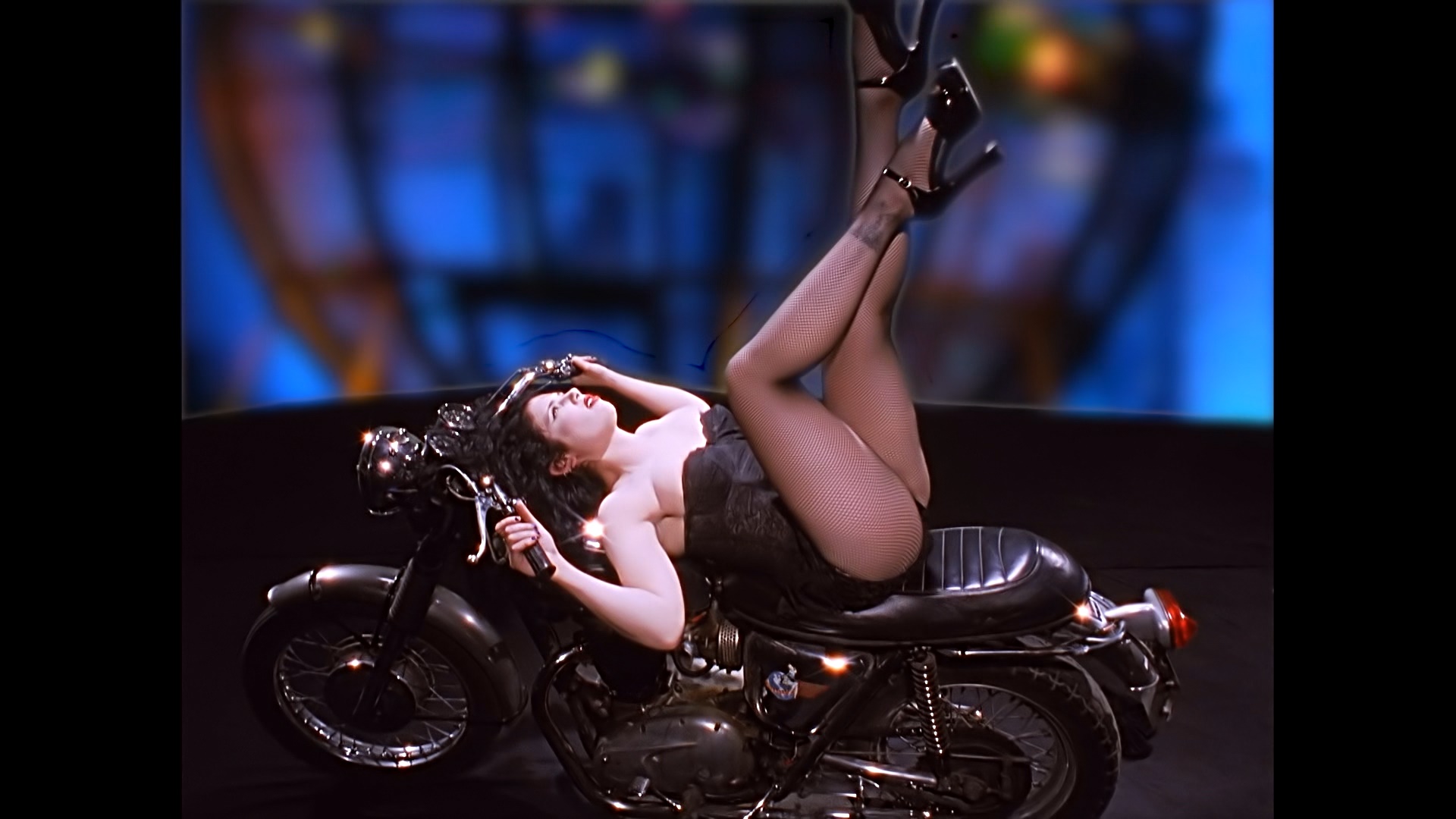 underground music and comics culture but now also plays like a snapshot of a specific period in the late '90s when scrappy indies were still shot on film and reflective of the retro subcultures exploding all over the country. The Southern locales and overall aesthetic give it a rough charm throughout while the cast gives it their all, compensating for a lack of professional experience with gusto whether people are writhing or getting blasted across the screen. You'll find a little bit of everything here including pin-up recreations, a bit of kink, some prophetic looks at transgender identity, and a ton of great music bound to bring a smile to the face of anyone who was around during the era.

Initially released on DVD in a handful of editions including a very scarce (and defective) 1999 release from ETD and a four-film "Hotter Than Hell" set from BCI/Eclipse (and issued as a German bootleg), this has been a mostly word of mouth underground cult item for years with few satisfactory editions around to fully appreciate it. In 2020, McCarthy's GuerillaMonster released the film as a three-disc set featuring two BD-Rs and a soundtrack CD (which is pretty much worth the price alone as it's a rousing 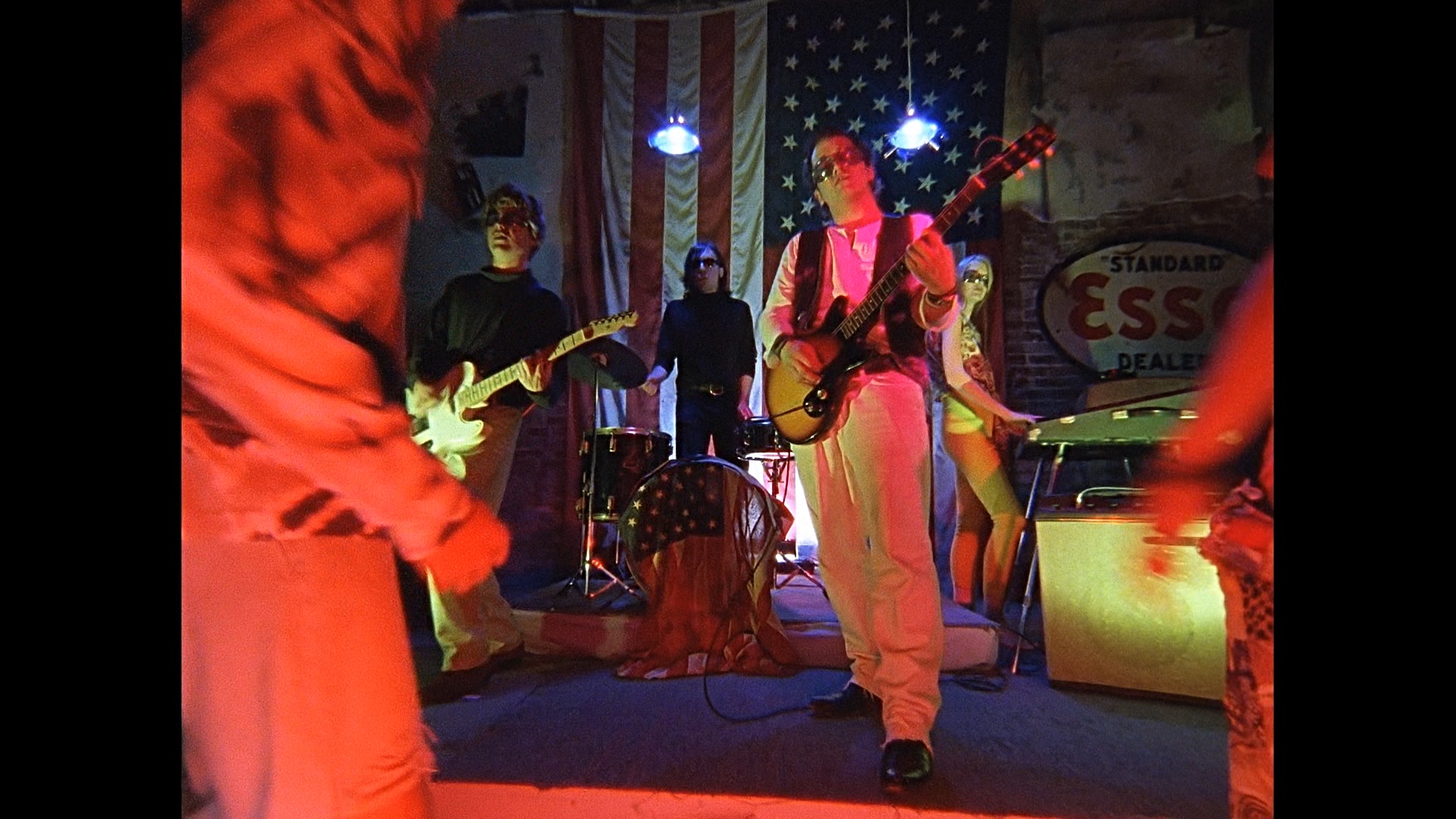 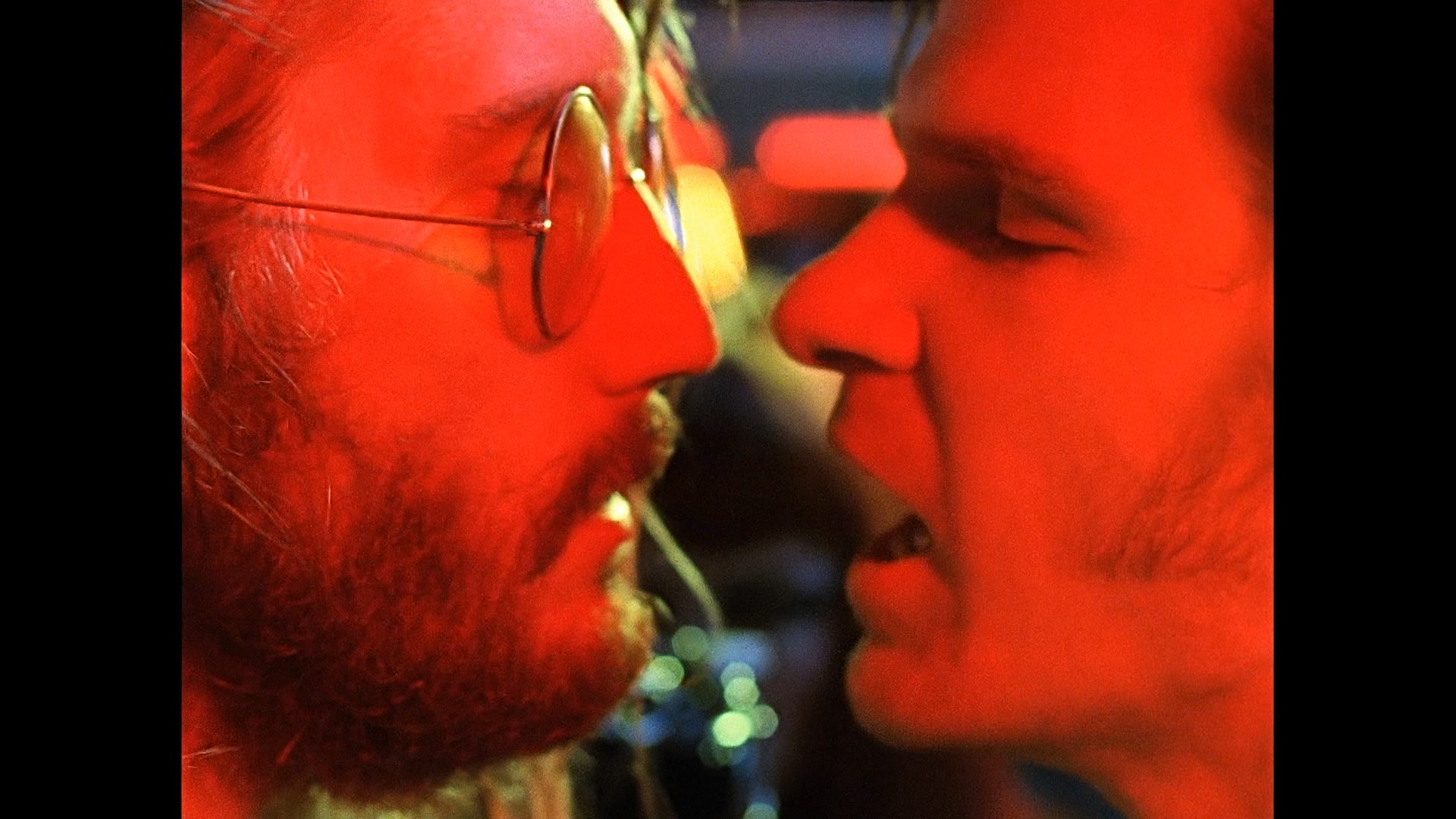 tracks featuring Guitar Wolf, '68 Comeback, The Clears, Nick Diablo, and more). (Check out their Facebook page for ordering info and lots more.) The image quality is a massive step up from anything we've had before, which isn't a surprise given we've mostly had glitchy or heavily compressed disc releases until now. The film was shot on 16mm and looks quite nice here the original 1.33:1 framing retained and blazing color and detail throughout. Audio is presented in English Dolby Digital 5.1 and 2.0 stereo configurations; both sound solid given the fact that most of the channel separation goes to the music. Optional subtitles are provided in English, French, German, Italian, Japanese, Portuguese, Korean, and Spanish. A McCarthy audio commentary is very well-versed and thorough as he chats about his own underground comics experience and its impact on the film (including numerous references to significant works in the field), the story behind that cool abandoned drive-in, the reason for some prominent ADR in spots, the various Memphis fixtures in the cast, the execution of psychedelic blood squibs, and lots of anecdotes about his own connections to the various locales throughout (many of which are no more).

The second disc houses the video bonus features including extensive photos and ephemera from the underground circuit around the production period, divided into ten sections (Chicago Underground, New York Underground, Los Angeles, Memphis, Nurses and Nudes, Emmy Collins Gallery, Gatorbait, Photographers, Shooting Locations, and Meeting Susan), some with their own multiple subsections as well. Prepare to spend a lot of time sifting through this pretty amazing archive. Then the video section features a l 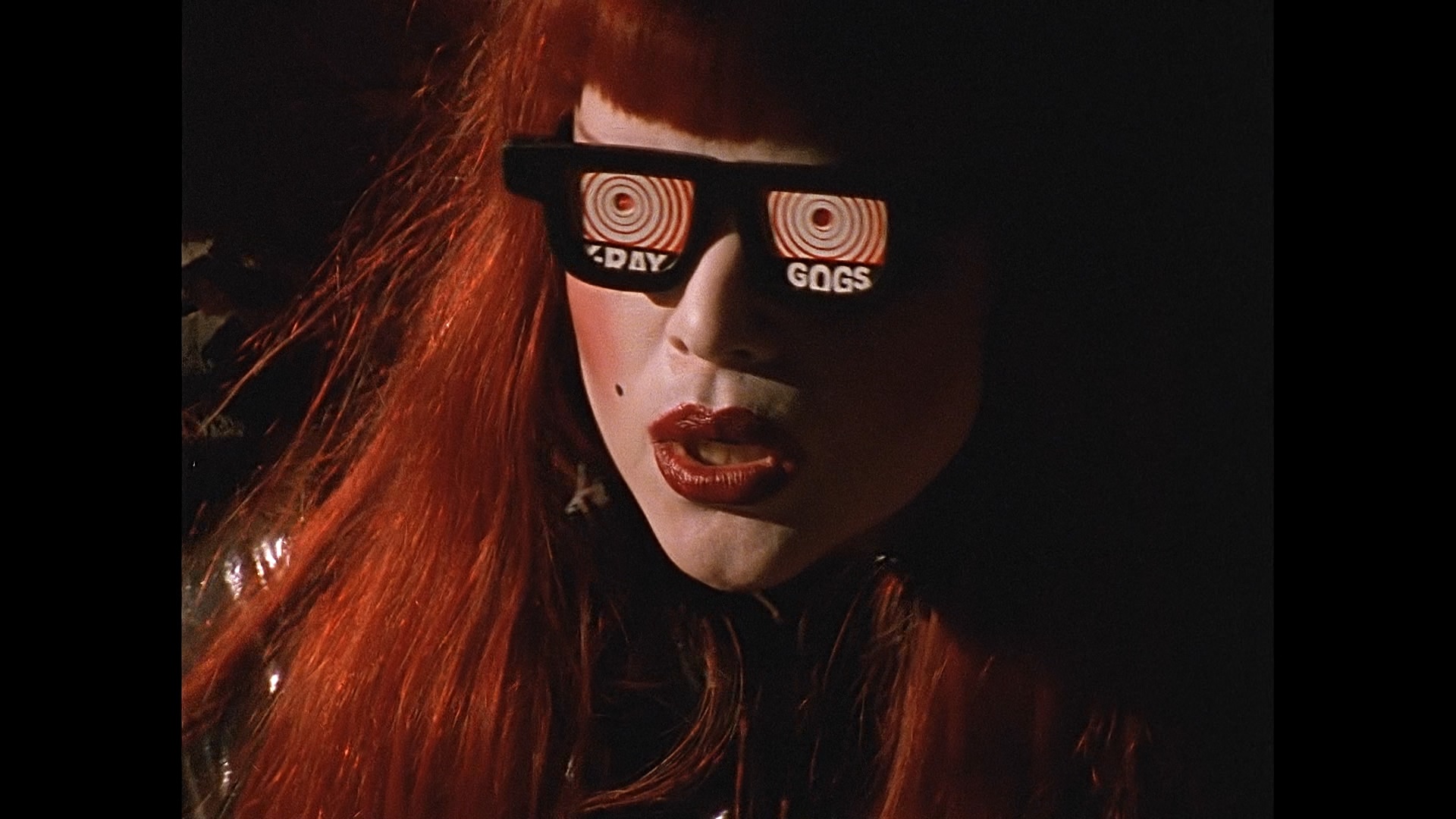 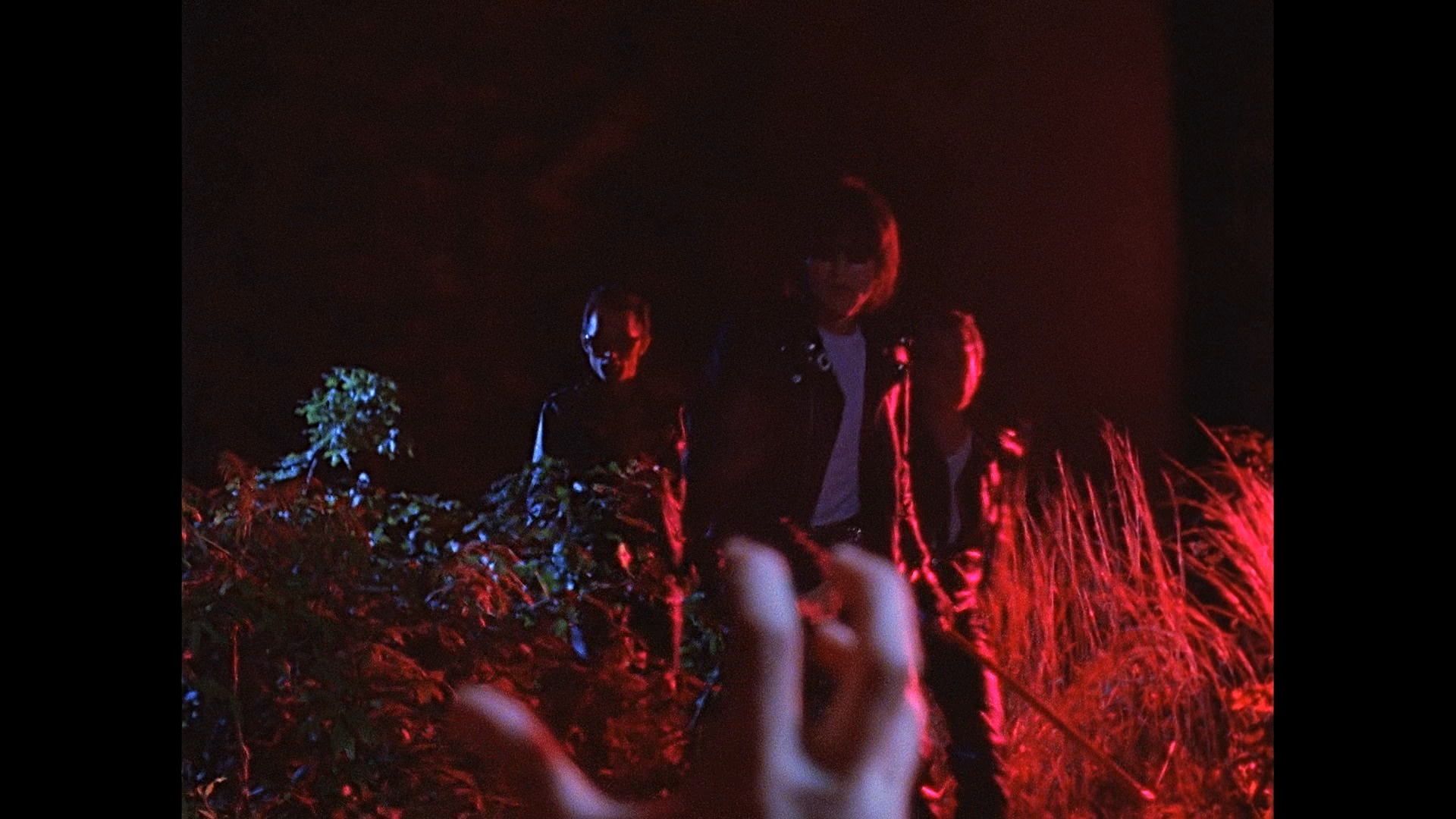 (44s), and five films by Emmy Collins: "Jack the Dipper" (7m36s), "Headshot" (7m4s), "Punk vs. Hippie" (1m10s) which is weirdly just a clip from the main feature in Spanish, "The Egoist" (1m59s), and "TV Humper" (1m57s). Then you get a bunch of related music videos from McCarthy and company: Guitar Wolf's "Invader Ace" and "Butobase - All Through the Night;" The Oblivians' "The Leather;" The Clears' "We Are a Rock 'n' Roll Band;" The Makers' "(Are You on the Inside or the Outside of) Your Pants?," "Lover Lover," and "Psychotropic Supergirl;" 200 Sachen's "Ganz Neu;" Poli Sci Clone's "Did She Follow Stars;" River CIty Tanlnes' "Looking for a Line;" The Real Losers' "She's Outta Control;" The Cute Lepers' "So Screwed Up" and "Terminal Boredom;" The Flakes' "Talk About You;" and The True Lovers' "Death Threat." Kerine Elkins is represented with two songs from the cabaret act "The Blue Soldier" (9m37s), followed by Super 8 B&W footage of San Francisco during the film's screening tour (2m43s) and four short segments sourced from VHS about the film's visual effects: "Wheat" (1m49s), "Kevin Webster" (45s), "Drangonwyck" (3m40s), and "Joe Riley" (6m22s)