Holy crap! Just when you thought you'd seen it all, along comes the Philippines-created Silip (shown far too rarely 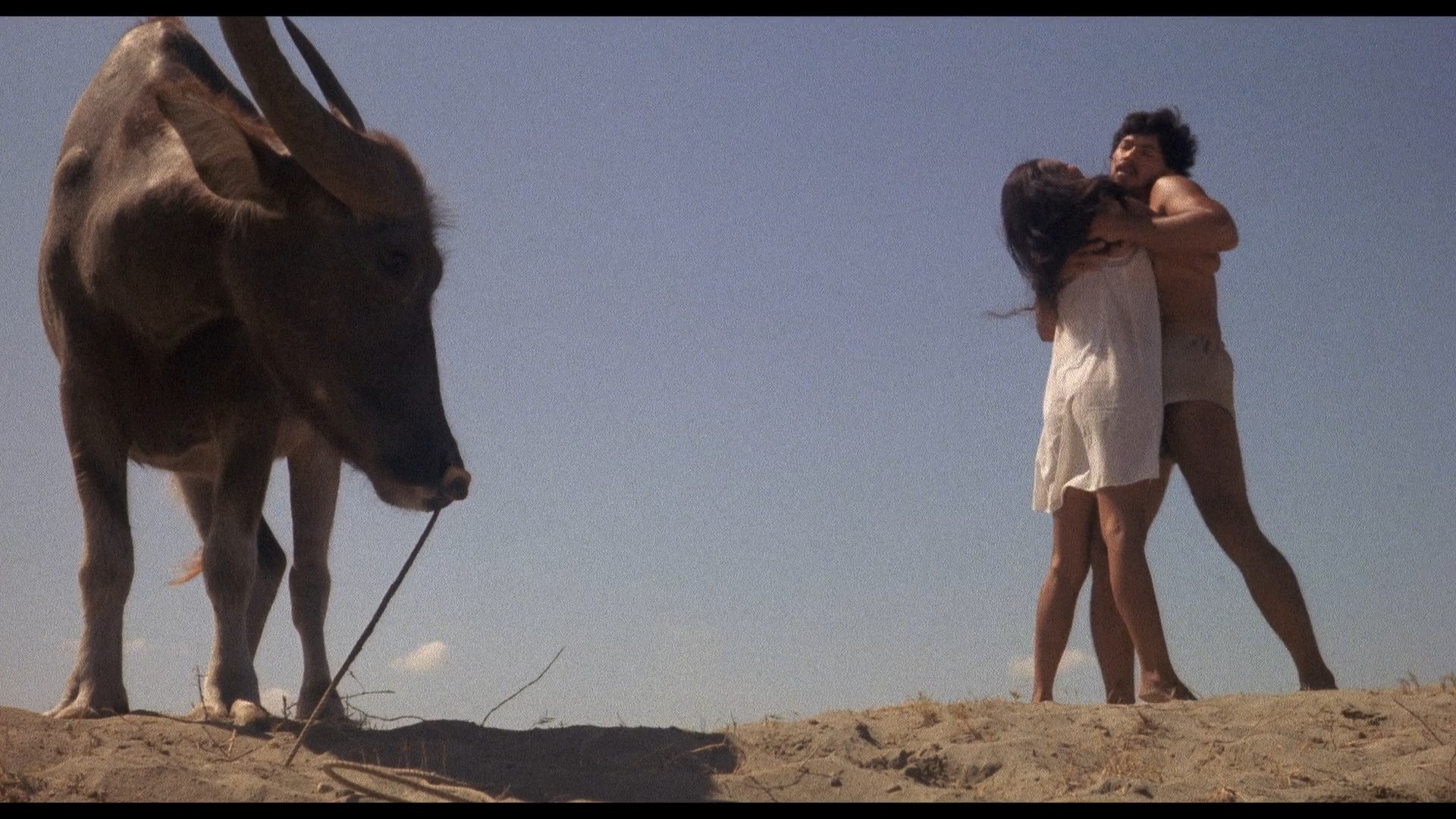 overseas as Daughters of Eve), one of the strangest, sweatiest, sleaziest films you'll ever see. No, seriously; though the packaging likens this to Japanese pink films, a closer description might be an acid-fueled remake of Maladolescenza by Alejandro Jodorowsky with lots of graphic sex and violence. Former Miss Philippines Maria Isabel Lopez was making a name for herself in the '80s thanks to an well-timed erotic acting career during the country's relaxing censorship under the control of Imelda Marcos, who used proceeds from the more expensive "hot" screenings to fund the country's cultural programs. As a result, filmmakers suddenly realized they could churn out whatever extreme visions their hearts desired, resulting in better-known films like Snake Sisters and Scorpio Nights. But folks, you've never come across anything like this.

In a primitive and conservative salt-making community called Ilongo, a bunch of kids are so distraught over the butchering of their beloved buffalo by town stud Simon (Joseph) that a young girl is induced into her first period. Simon spends his spare time sleeping with Maria (Manibog), but he's also lusted after by hot-to-trot Seldda (Emmanuelle), who's just come home from the city with an uncouth American boyfriend in tow. Meanwhile her more devout sister, Tonya (Lopez), teaches church lessons to the kids and eases her raging libido but rubbing salt in her crotch. Pretty soon everyone's lusts are running way out of control, resulting in violent and protracted deaths, incest, and some horrific, misguided village justice. 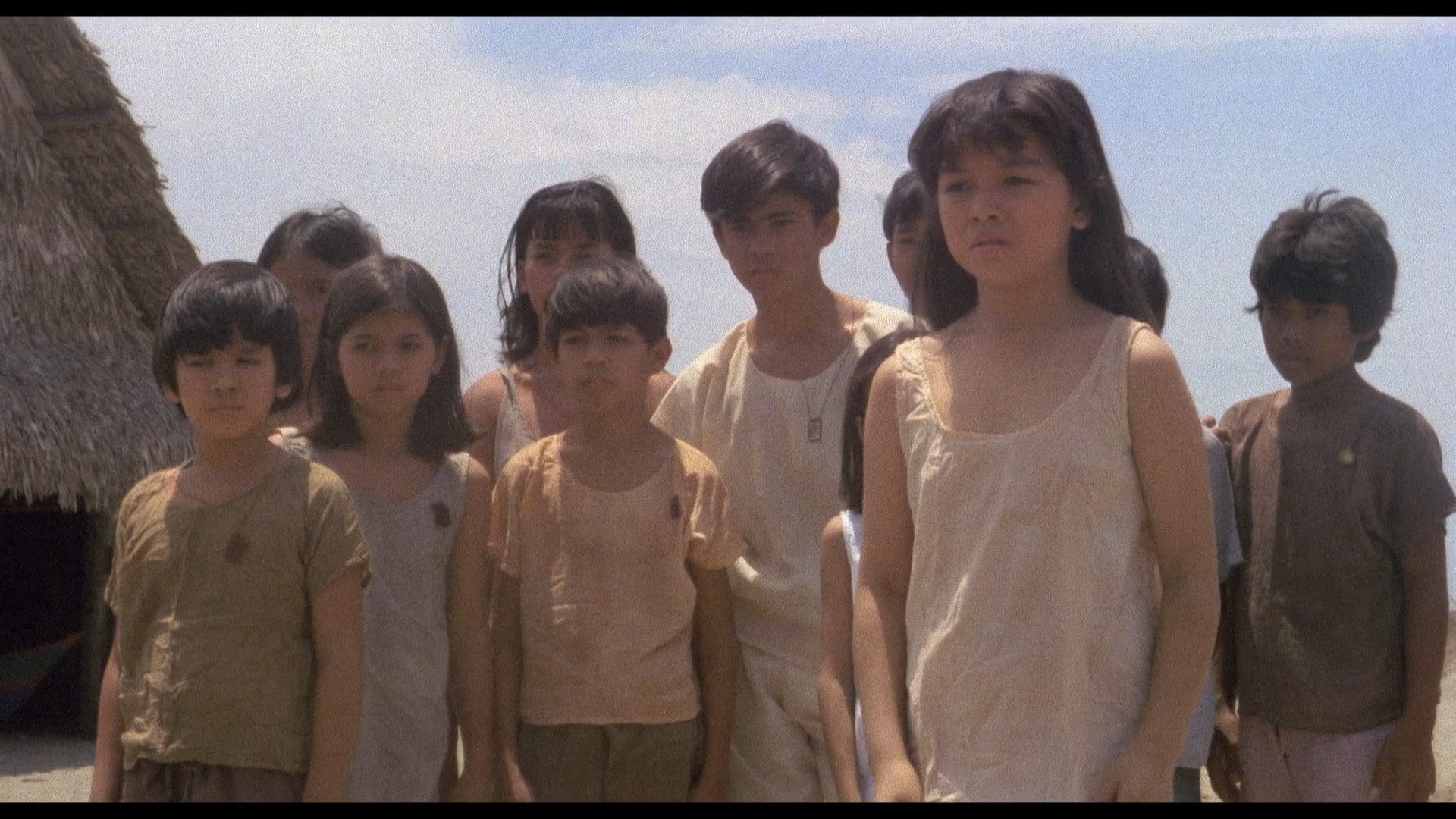 Though it's over two hours long, Silip is certainly never boring and can't really be classified as a straight-up sex film. It's far too surreal and unpredictable for that, which should be obvious from the opening ten minutes which should have any PETA memebers howling at the screen. (Try eating a burger while you're watching it.) There's only one major gore setpiece in the film, but it's a real doozy and kicks off the gripping final act of the film which really puts the two female leads through their paces. (Apparently they weren't exactly faking their panic during the fiery climax, either!) The haunting music score, fetid village atmosphere, and striking photography involving the nearby beachscapes and desert result in a wholly unique and fascinating spectacle impossible to describe.

Languishing in obscurity outside its native country for decades, Silip has long suffered from a woeful English dub track which replaces all of the music with bland, Romero-style library tracks. Though that unsatisfying track is present on Mondo Macabro's disc as well, all viewers should instead opt for the original Tagalong audio track with English subtitles, which results in a completely different experience. The anamoprhic transfer from the original negative looks terrific; a disclaimer at the beginning warns of 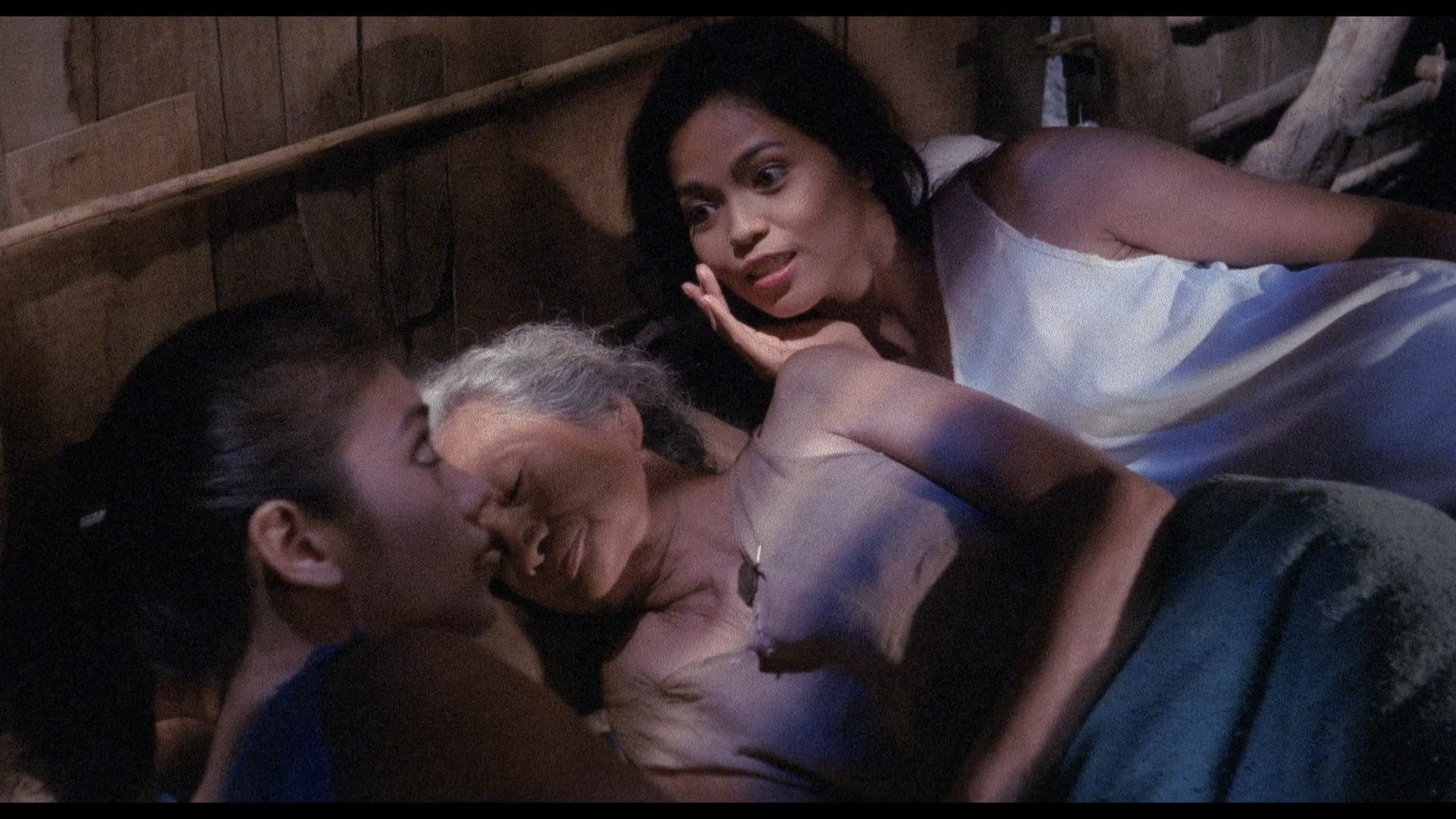 some unavoidable damage, but apart from a dupey-looking title card, it's quite clean and clear. Even better, this is a two-disc set which provides some essential context for this film. A Pete Tombs essay covers the basics of Filipino erotica from the early "wet" days of starlets in clingy, soggy set-through dresses to the days of the "soda" girls (all named after soft drinks, though Mountain Dew doesn't seem to have been taken), to this particular film's presence in the "bold" '80s era, which was sometimes referred to as "pene" to suggest actual hardcore in the films. Silip doesn't quite get there, but one scene does come very, very close. Other background info provides lots of surprising biographical details about the director and the major leads, all of whom led very eventful lives, to say the least. Director Elwood Perez appears on-camera for a lengthy interview (shot in what appears to be a mall food court) in which he discusses his film career and his directorial intentions, covering the details of what directors were allowed to do at the time and how they had to satisfy the foreign market. He's jovial enough and seems to know his stuff, but the real fun can be found in the companion featurette which finds the still-ravishing Lopez talking about the origins of her acting career, her conflicting distrust and respect for her director, the near-death shooting experiences, the sense of respect her family and children still show for her thanks to her career, and her international roles in films like Black Cobra 3 and Dune Warriors. Easily one of Mondo Macabro's most eye-opening and valuable releases to date, this is already a top candidate among the most essential cult film releases on DVD to date. Bring on Snake Sisters!