Back in the heyday of the DVD era, 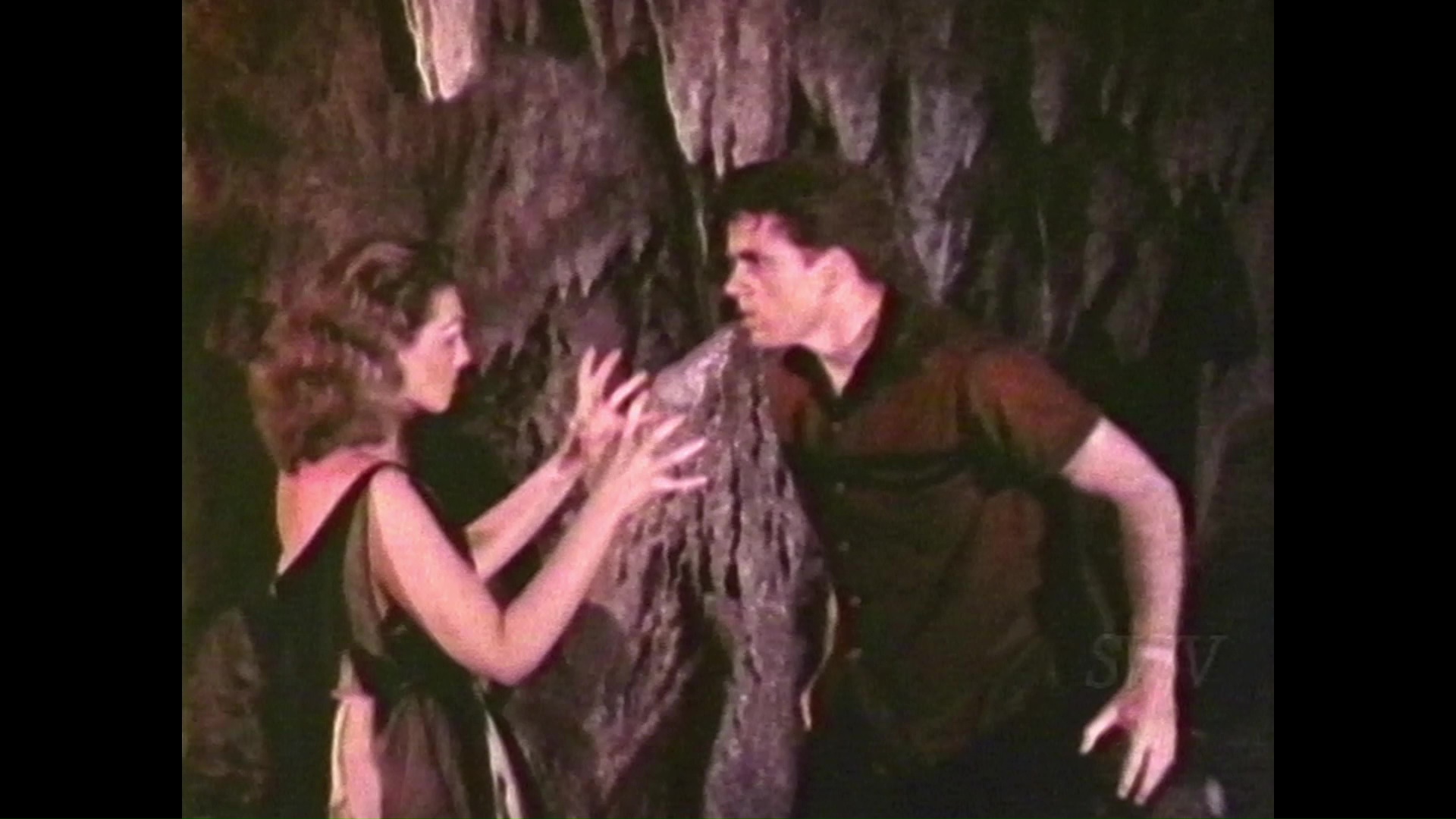 nearly every month brought along 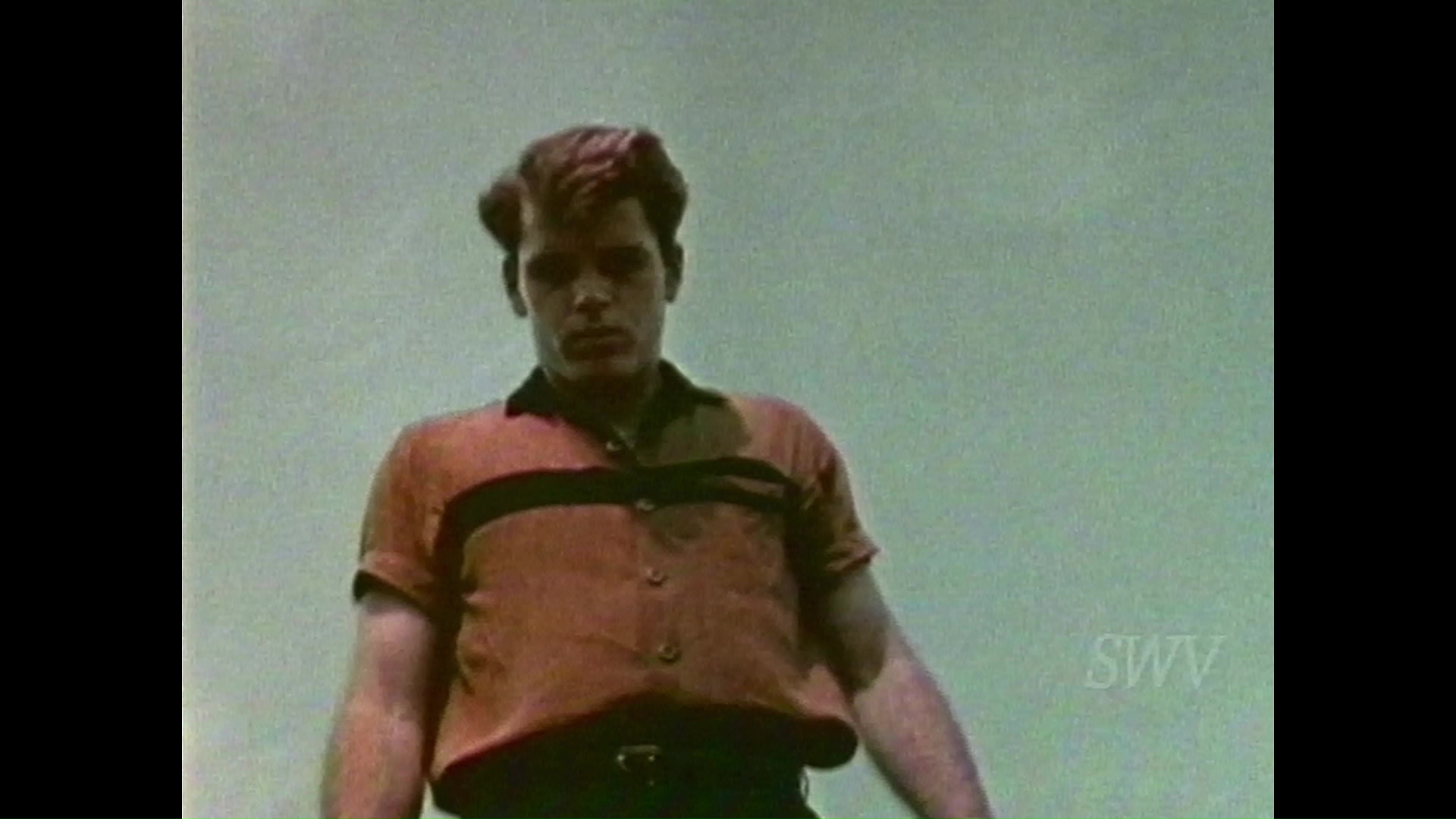 at least one or two releases from Something Weird Video via Image Entertainment -- usually double or even triple features with some kind of thematic tie (ranging from kitty cats to nudist camps to LSD). Since then a lot of those titles have gotten upgrades to Blu-ray in sparkling new editions (though heavy hitters like the David F. Friedman library are still mostly MIA for some reason), but along the way some titles have been left in the dust due to the demise of suitable film elements in the interim. Representing a sort of last call presentation for some of these titles is the AGFA and Something Weird four-film Shock-o-Rama Video Party, which is promoted as featuring otherwise extinct features from the original Something Weird S-VHS video masters. This is definitely an "it is what it is" type of deal, but SWV fans will want to snap it up as a throwback to the era when you had no idea what was in store when you popped in one of their releases.

First up is the Texas horror quickie The Naked Witch from director Larry Buchanan (no connection to the lost film of the same title by Andy Milligan), which charts the supernatural adventure of a college student (Short) exploring a Lackenbach valley region populated by the descendants of German settlers escaping religious persecution. Unfortunately his sportscar runs out of gas before he can get to the spring music festival, but he does get there in time to meet pretty Kirska Schöennig 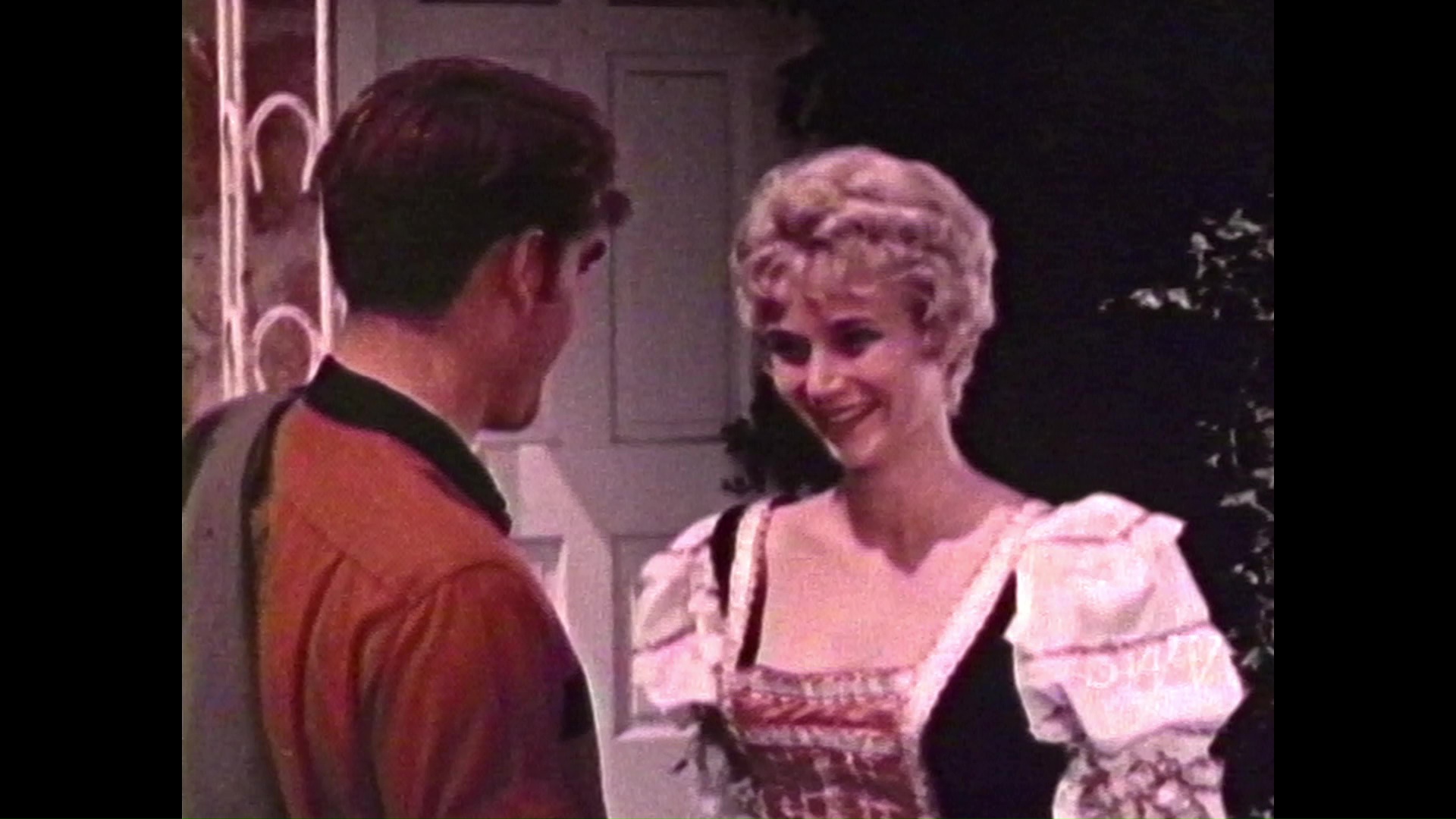 (Maryman) and get a weird reception when he brings up the topic of the supernatural. Further prying brings to light the 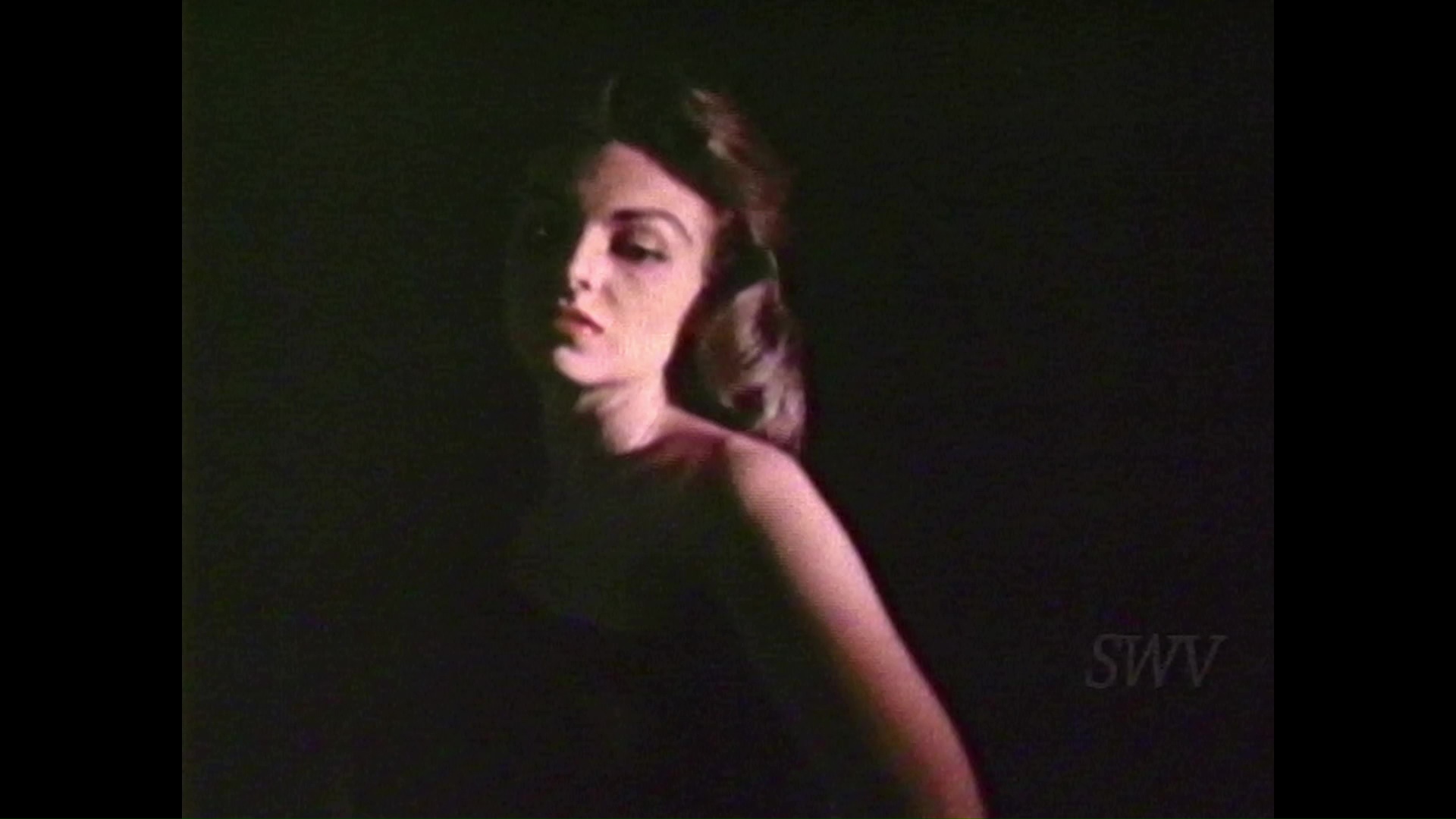 history of an executed witch in the nearby graveyard. Of course he has to go dig her up and pull out a stake from her body, which revives the clothing-averse sorceress(Hall) who has a murderous grudge against the Schöennig family. Originally released on DVD in 2002 as a Something Weird double feature with Crypt of Dark Secrets, the film sported an audio commentary by this writer and Buchanan, who passed away two years later, as well as an interview with producer and "roadshow impresario" Claude Alexander (plus two TV spots). The film was more widely distributed in a black-and-white version that also turned up on VHS from SWV and Sinister Cinema, but a color element eventually turned up that was used as the source for the DVD and a VHS reissue as part of the "Frank Henenlotter's Sexy Shockers from the Vault" series. How much of a shocker this one is will be debatable for most viewers, but it's a fun regional oddity with enough endearing accents and cheesecake to make for an entertaining time killer (apart from the looooong tacked-on prologue about the history of witchcraft). The Blu-ray features the color version, here in similar quality to the DVD except now with an SWV watermark in the lower right corner for some reason. The sole extra for this film (or any of the others) is the Buchanan commentary ported over from the DVD. Like the rest of the titles on the disc, it features a DTS-HD MA 2.0 mono track with optional 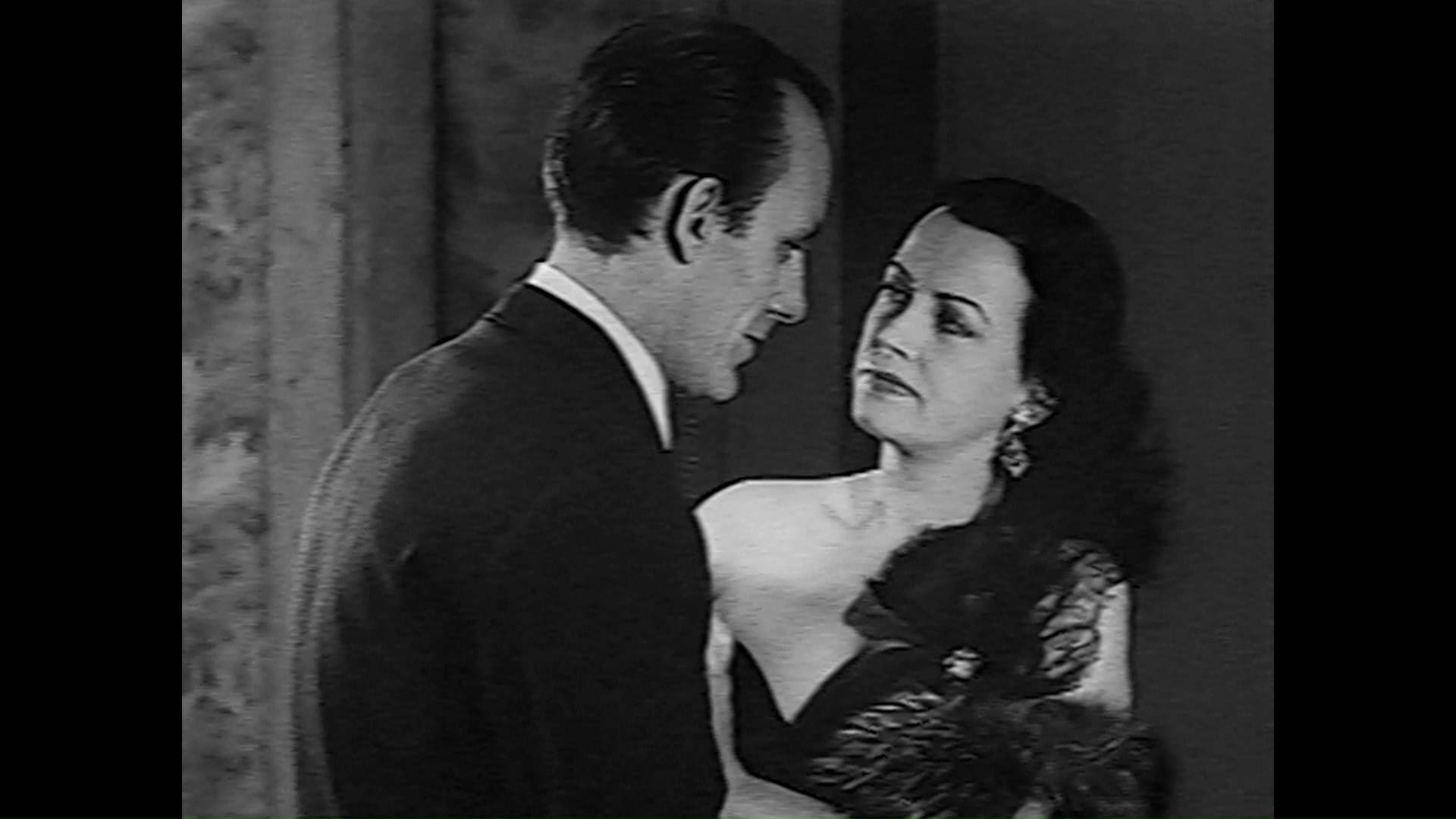 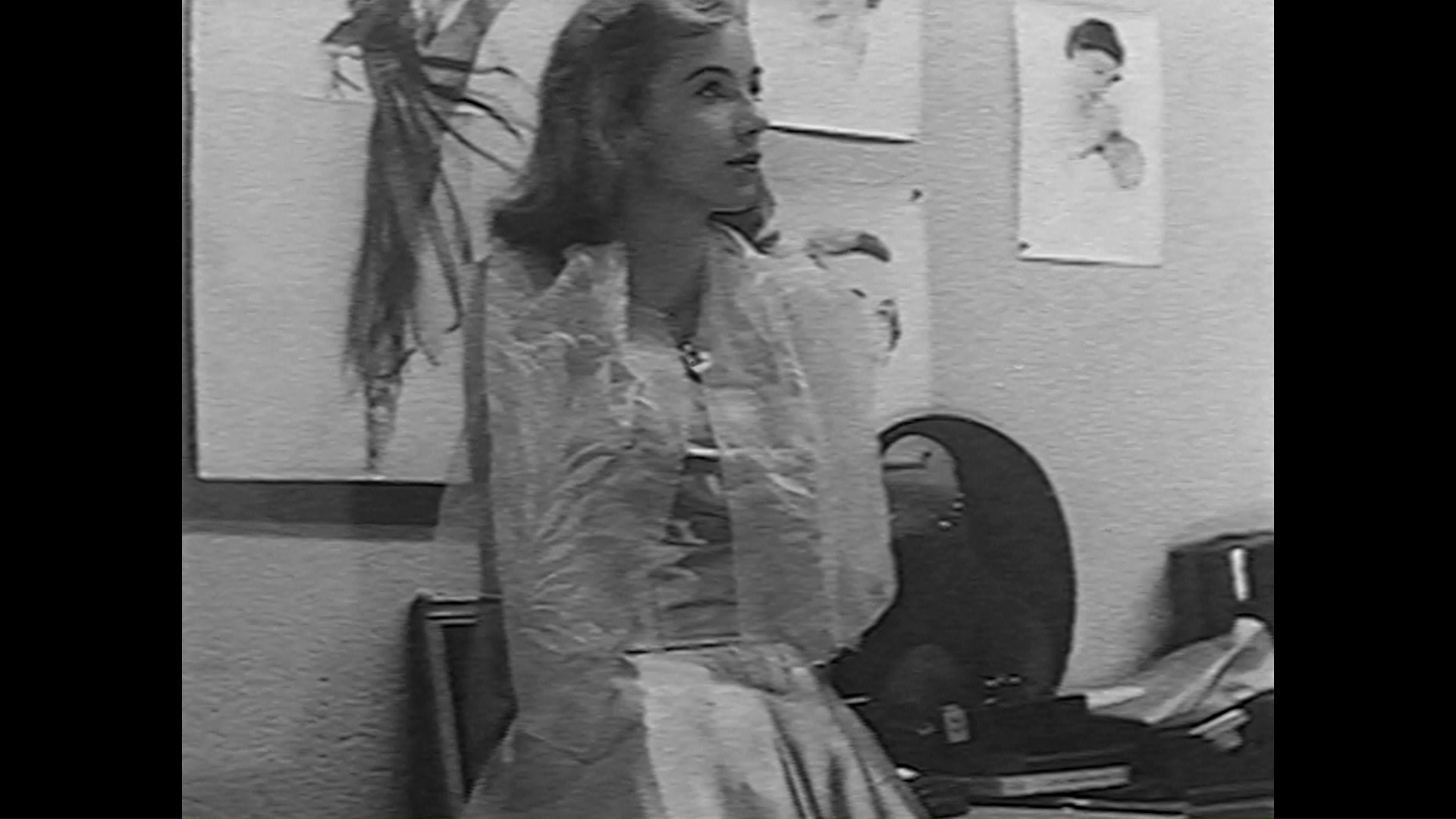 Next up is the sleazy Big Apple thriller Violated, which has been floating around as a DVD-R and download title from Something Weird for years. This one is pretty twisted for 1953 even during the opening in which a hooker is killed in her fleapit apartment and has her hair hacked off in the process. It turns out the psycho has a major hair fetish, and it's up to two cops, a shrink, and an intrepid reporter to weed through the suspects like a girlie photographer and a sea of burlesque entertainers including Lili Dawn. The extensive location photography (including a trip to Bellevue) is the real star here, while the idea of a killer scalping his victims would obviously be revisited again far more explicitly in Maniac. This one holds a special place in the exploitation pantheon as the first feature by producer, writer, and even actor William Mishkin, who would go on to back and release the best-known films by Andy Milligan. 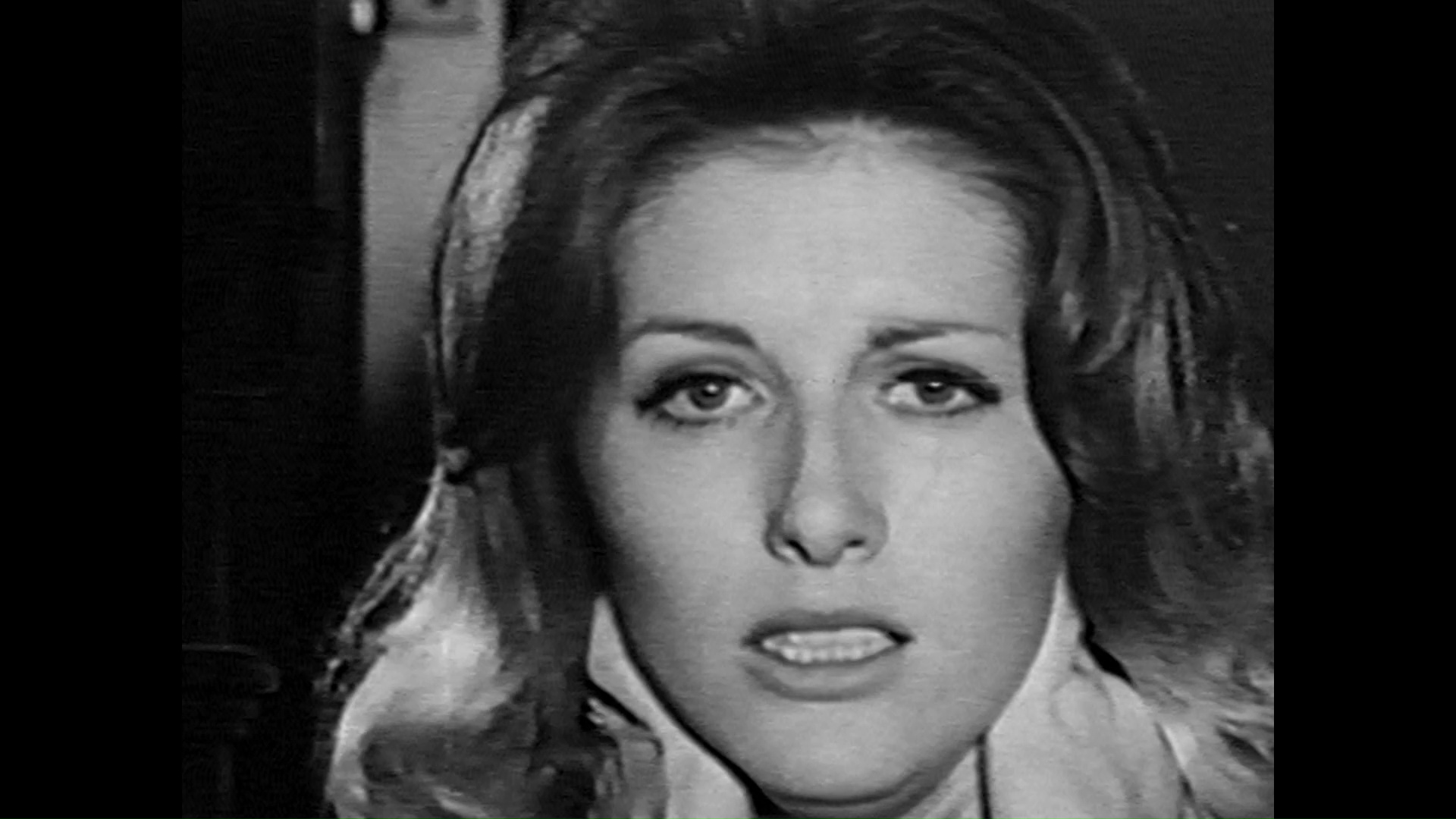 Film number three, Ghosts of Hanley House, is a typical "teens in a haunted house" 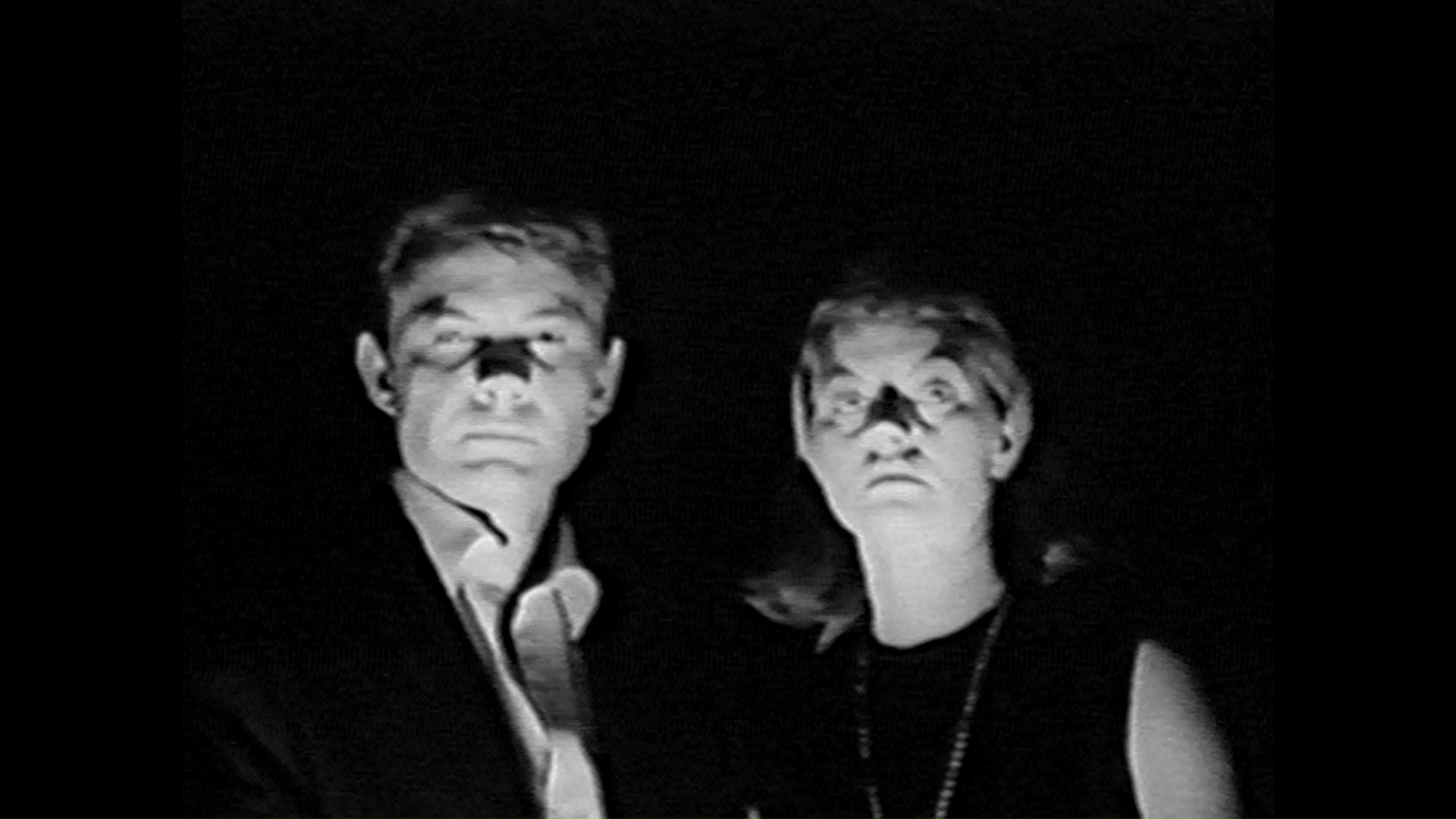 regional production designed to take up space on a drive-in triple feature bill. Details are scarce about this one, which was shot around Sun Valley, California and looks like it was shot far earlier than its release year of 1968. The main point of interest here is the fact that it's a rare '60s genre title directed by a woman, in this case the enigmatic Louise Sherrill, and it's been floating around in a slightly cut TV print on various PD editions over the years. The Blu-ray version is advertised as being "uncut for the first time on widely released home video," pulled from a soft and very dark VHS-y master. In any case, what we have here is the story of young Hank (Shoemaker) who accepts a bet for a sportscar that he won't be able to stay a full night at the notorious Hanley House, where screams, inexplicable chilly spots, and far worse await anyone foolish enough to stay within its walls. He rounds up three buddies to spend the night, though their attempts to pass the time with card games and harmless banter are powerless against the increasingly dark influence of the house and its deadly history. Though very chatty and low on special effects, this one has some reasonably spooky atmosphere and a couple of mild macabre touches if you stick with it long enough. 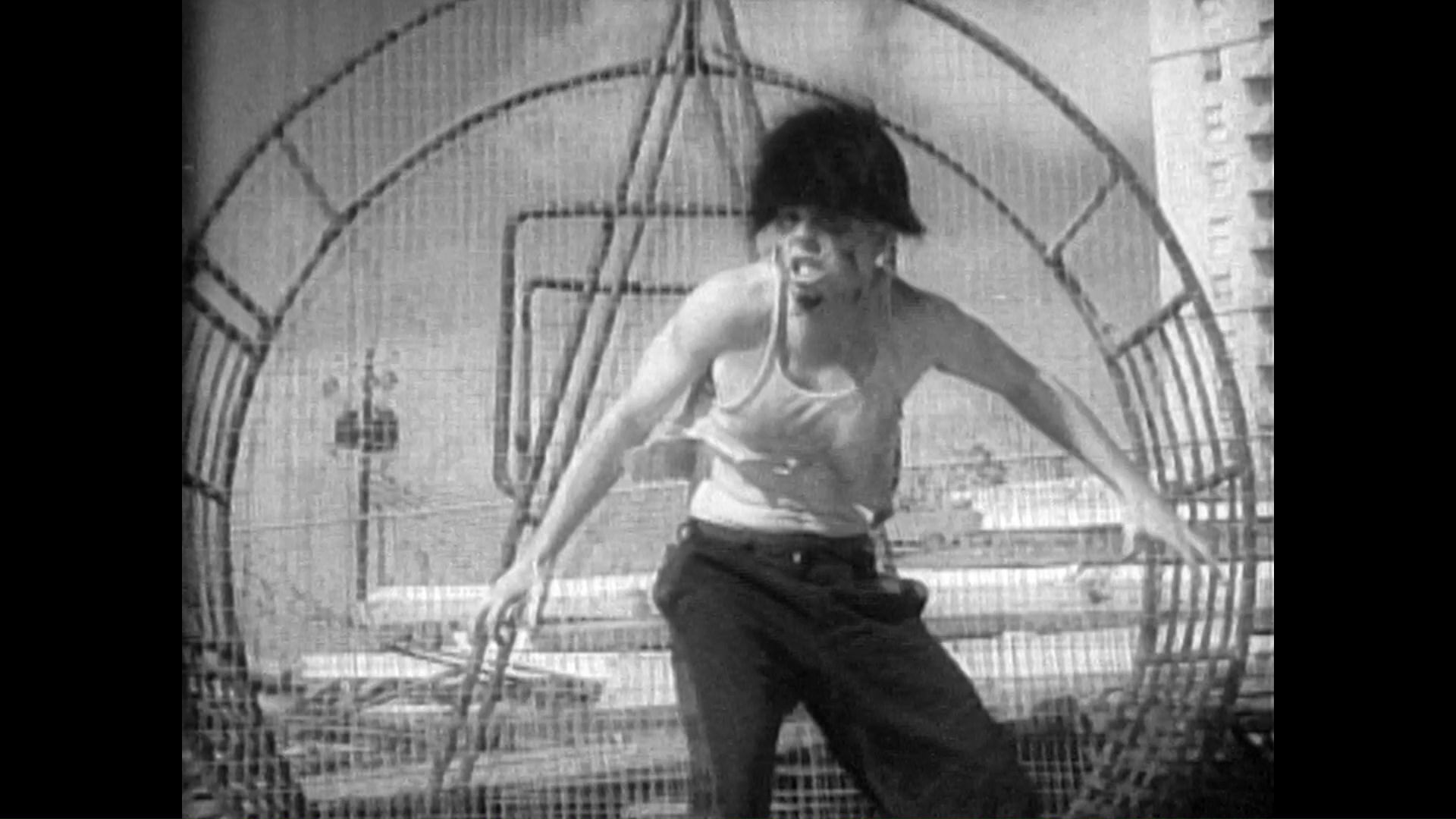 Finally we get to the craziest film in the set, 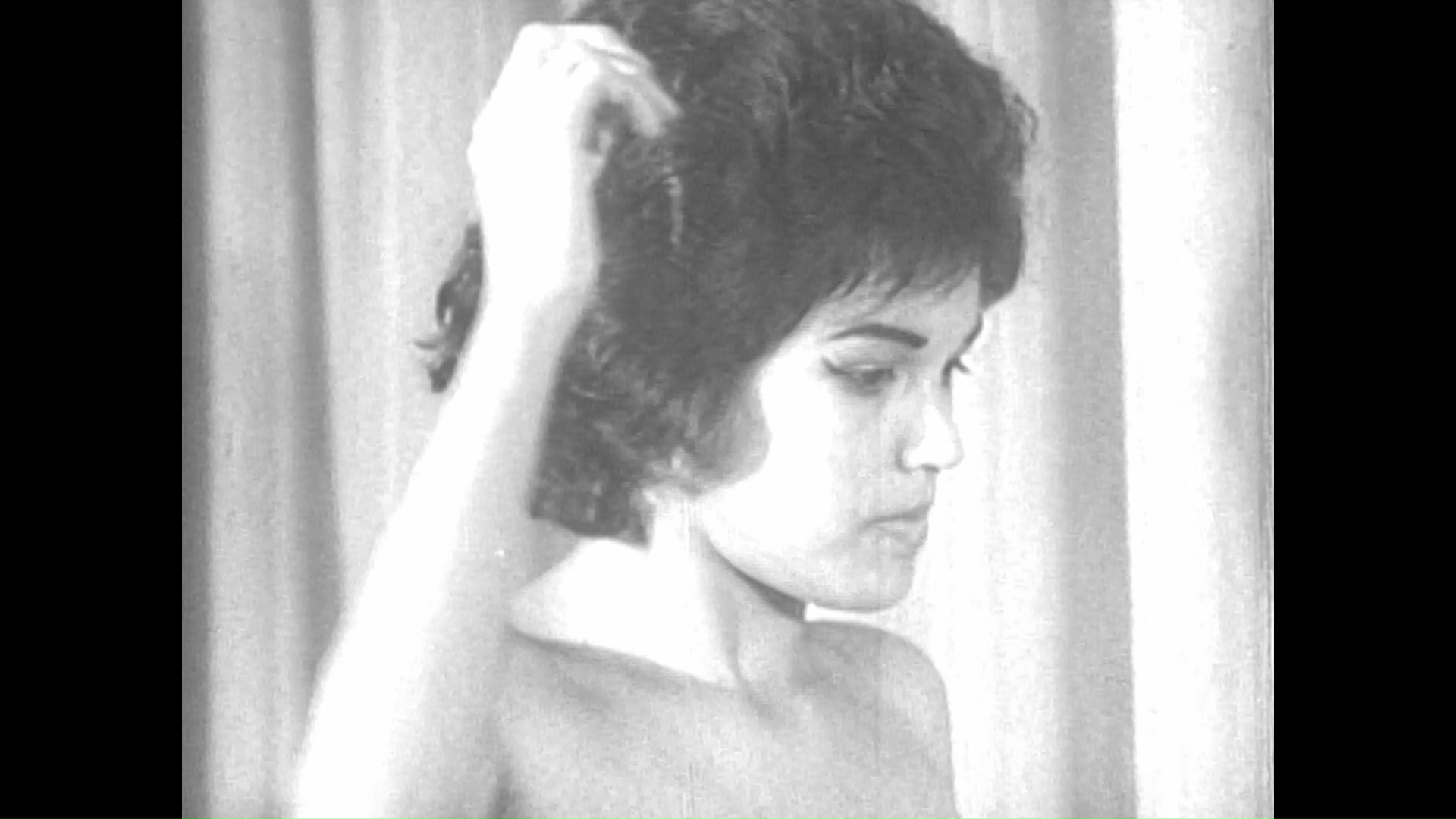 1964's Passion in the Sun, which also circulated as The Girl and the Geek. A cinematic crazy quilt of strip routines and carny-style thrills, it depicts the ramshackle mayhem when a bewigged geek escapes from a sideshow while an exotic dancer (Valague) barely manages to escape from a couple of kidnapping bank robbers with only their stolen money to cover her otherwise unclad figure. In between naked swims and stage routines, our heroine crosses paths with the geek for a chase scene that's since gone down in Something Weird infamy. Another one from the Frank Henenlotter Sexy Shockers line, this one caps off the quadruple feature with a real bang as it delivers the kind of sexploitation insanity fans crave. It was also the debut directorial effort for Texas actor and occasional Larry Buchanan colleague Dale Berry, who went on to make the nutty Hot Blooded Woman, Hip Hot and 21, and Hot Thrills and Warm Chills. The disc also features a reel of SD "shocked-out trailers and drive-in snipes" (14m8s) as well as an “all nite slumber party” mode, which runs all four films back to back broken up with trailers and snipes for necessary snack breaks.