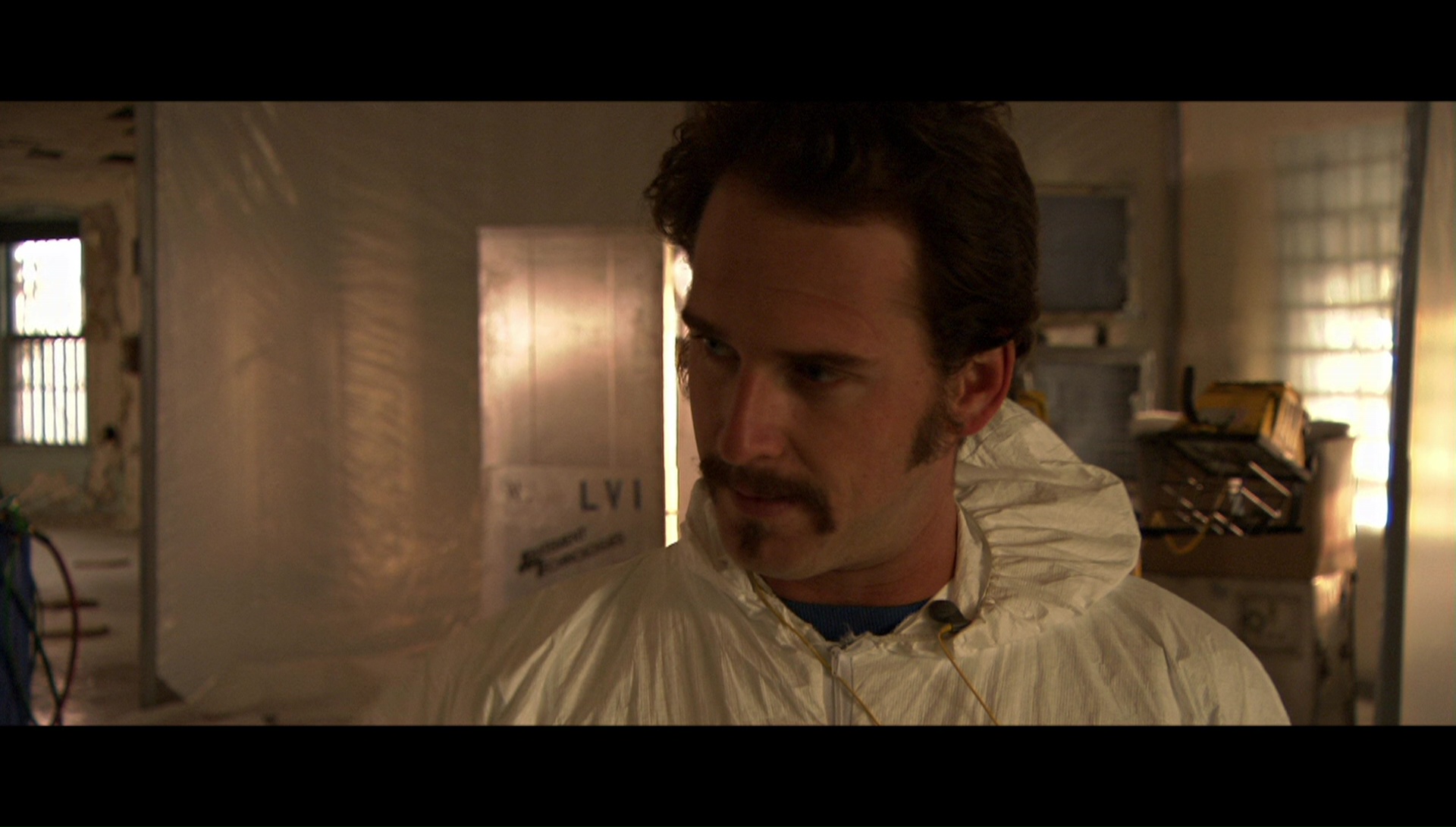 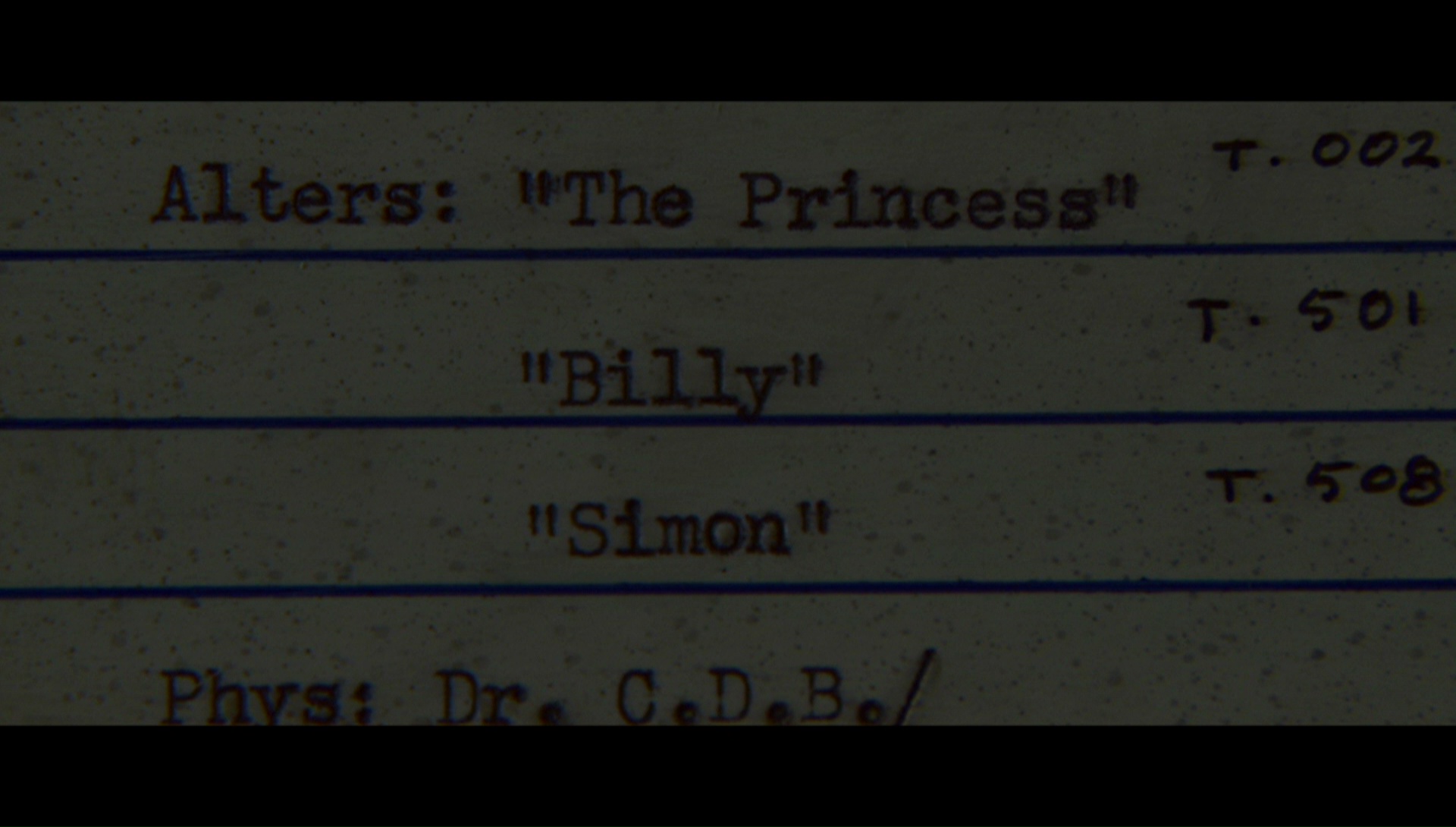 Had it been released by a major studio or given a substantial critical push upon its release in 2001, Session 9 would have likely been a significant horror hit and an influential title in the evolution of 21st-century horror. Unfortunately it had the bad luck of being released by USA Films, a short-lived theatrical outfit (whose catalog now resides with Universal) behind the botched theatrical fates of such films as Wet Hot American Summer and Cherry Falls. Though it enjoyed a few successes (most notably Pitch Black), the company was on its last legs when it barely released this film in theaters, leaving it to find an audience on home video in later years. Fortunately word of mouth did indeed spread, with its thick atmosphere and frightening sound mix impressing more than a few genre buffs and earning it a regular spot on lists of the most underapperciated titles of the current millennium.

A group of financially desperate men is recruited to do an asbestos removal job at Danvers State Hospital, a real-life abandoned Massachusetts institution where horrific stories seem to comprise almost all of its past. Business partners Phil (Caruso) and Gordon (Mullan) put in such a low bid that they're ensured of the gig, which will be even more lucrative if they work around the clock and finish early. Brought along are the supernaturally susceptible Mike 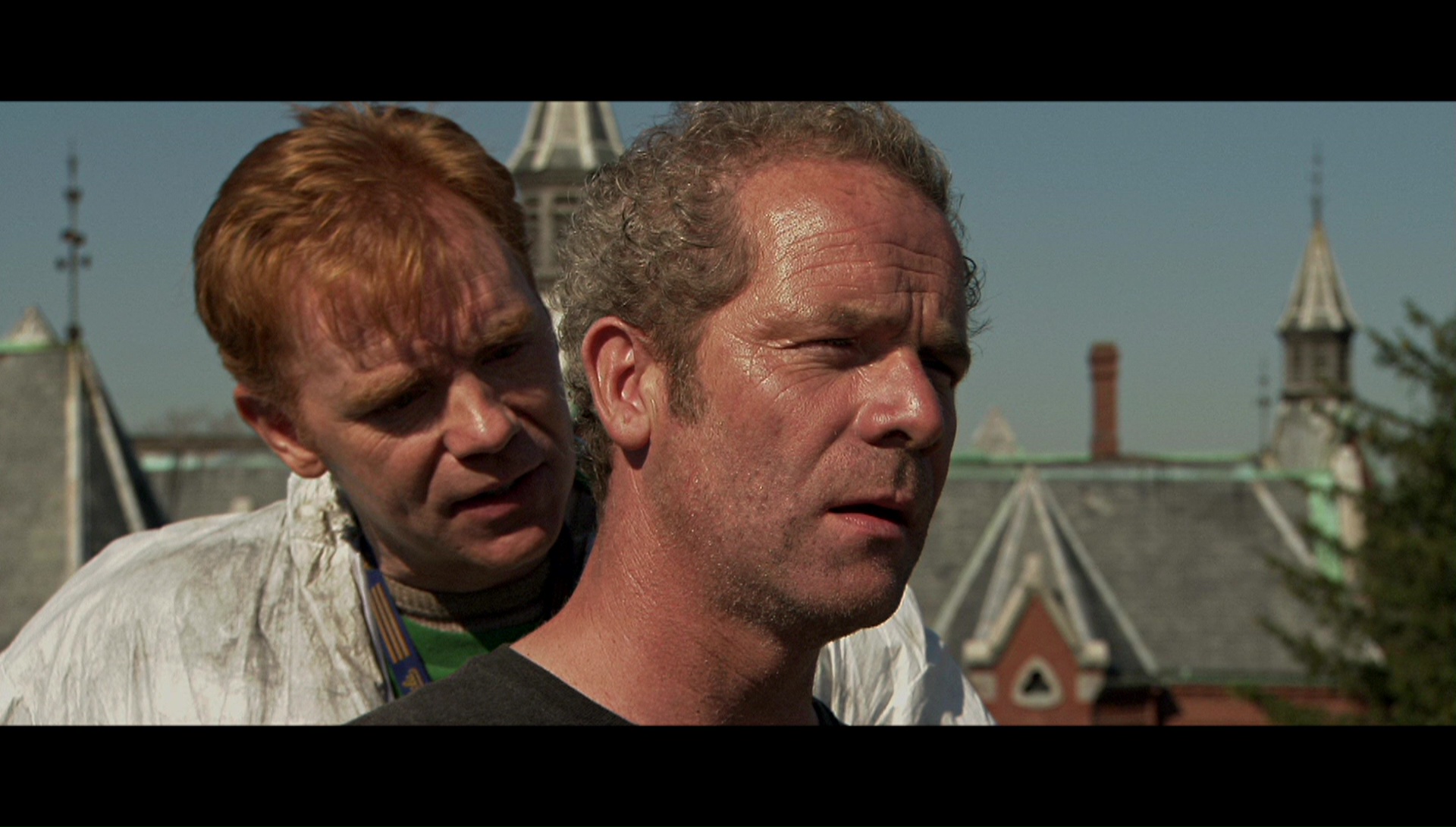 (co-writer Gevedon), the swaggering and obnoxious Hank (Lucas), and jittery Jeff (Sexton III), who suffers from a severe case of nyctophobia (fear of the dark). While the men deal with some heavy baggage between them and with their respective families, Mike becomes obsessed with the discovery of nine particularly sinister audio tapes of psychiatric sessions with a patient who adopts a menacing persona called Simon. Soon the incipient madness of the building begins to blend with the personalities of the men themselves, who start to meet inexplicable fates within its walls. 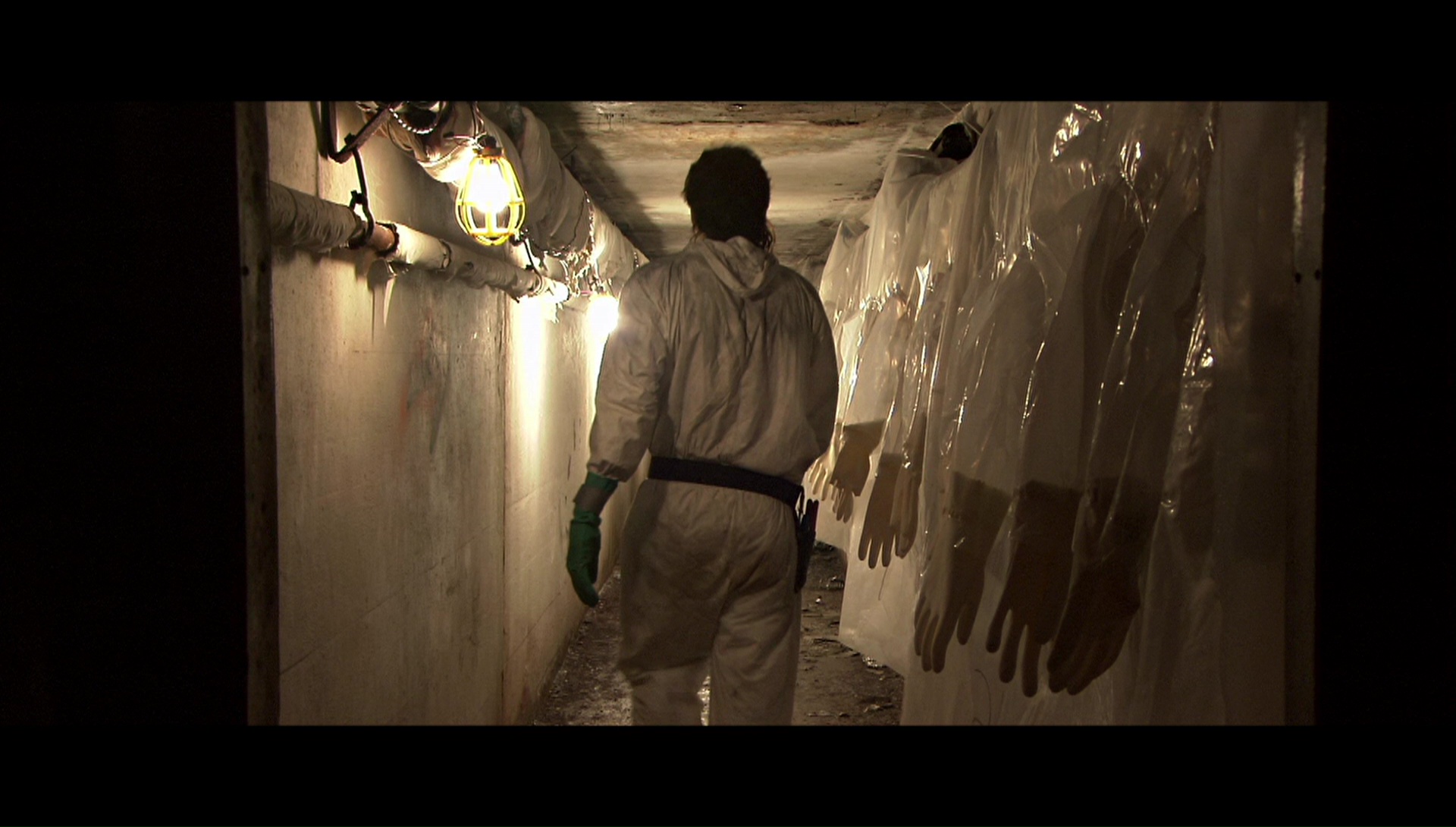 No one who has seen this film has ever forgotten those audio recordings, some of the most chilling aural concoctions in horror cinema this side of Black Christmas. Director Brad Anderson was far better known for more benign indie fare like Next Stop Wonderland and the very underrated romantic fantasy Happy Accidents, but he pulls out all the stops here for a gradually darkening nightmare that becomes more unnerving as you return to it over time and let it roll around in your head a bit. Anderson seemed on the path to becoming one of the genre's great new saviors thanks to this and his subsequent The Machinist, though in later years (apart from an episode of Masters of Horror) he's largely focused on TV with occasional worthwhile efforts like Stonehearst Asylum popping up. He's aided here by an excellent cast; even online punching bag Caruso (who was still trying to make it as a movie star at the time after NYPD Blue) keeps it subdued and serious here, and all of the primary actors anchor their roles in believable anxiety that reaches a fever pitch in the final half hour. Sexton III gets the film's best moment when his big phobia comes into play in very memorable fashion, but overall it's really Mullan's film as he has to do most of the psychological heavy lifting from start to finish.

Session 9 first turned up on DVD from USA in 2002 (reissued by Universal a few years later in an identical pressing) with extras including a subdued but interesting audio commentary by Anderson and Gevedon, over 9 minutes of deleted scenes (mainly involving a discarded subplot about a homeless 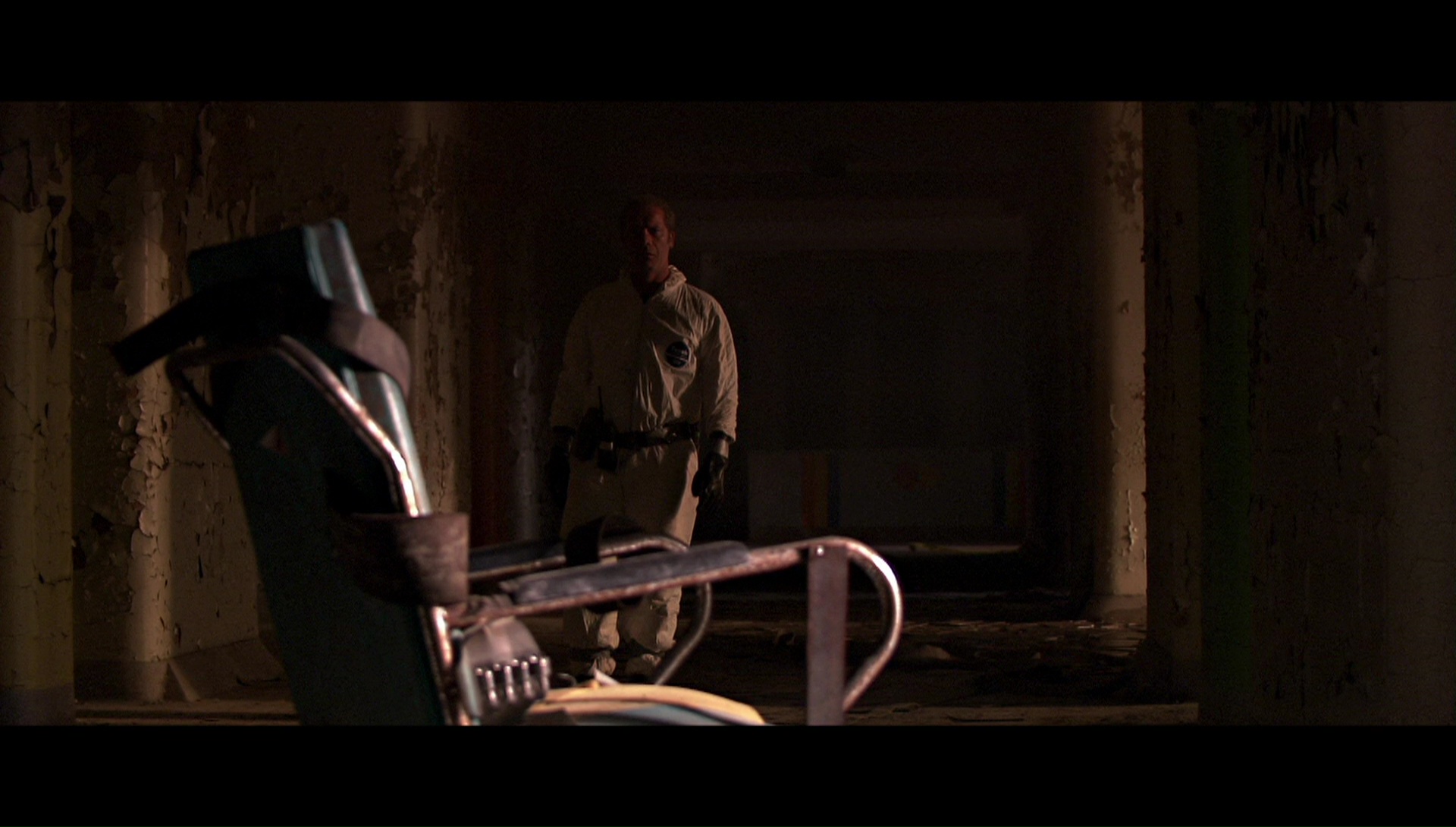 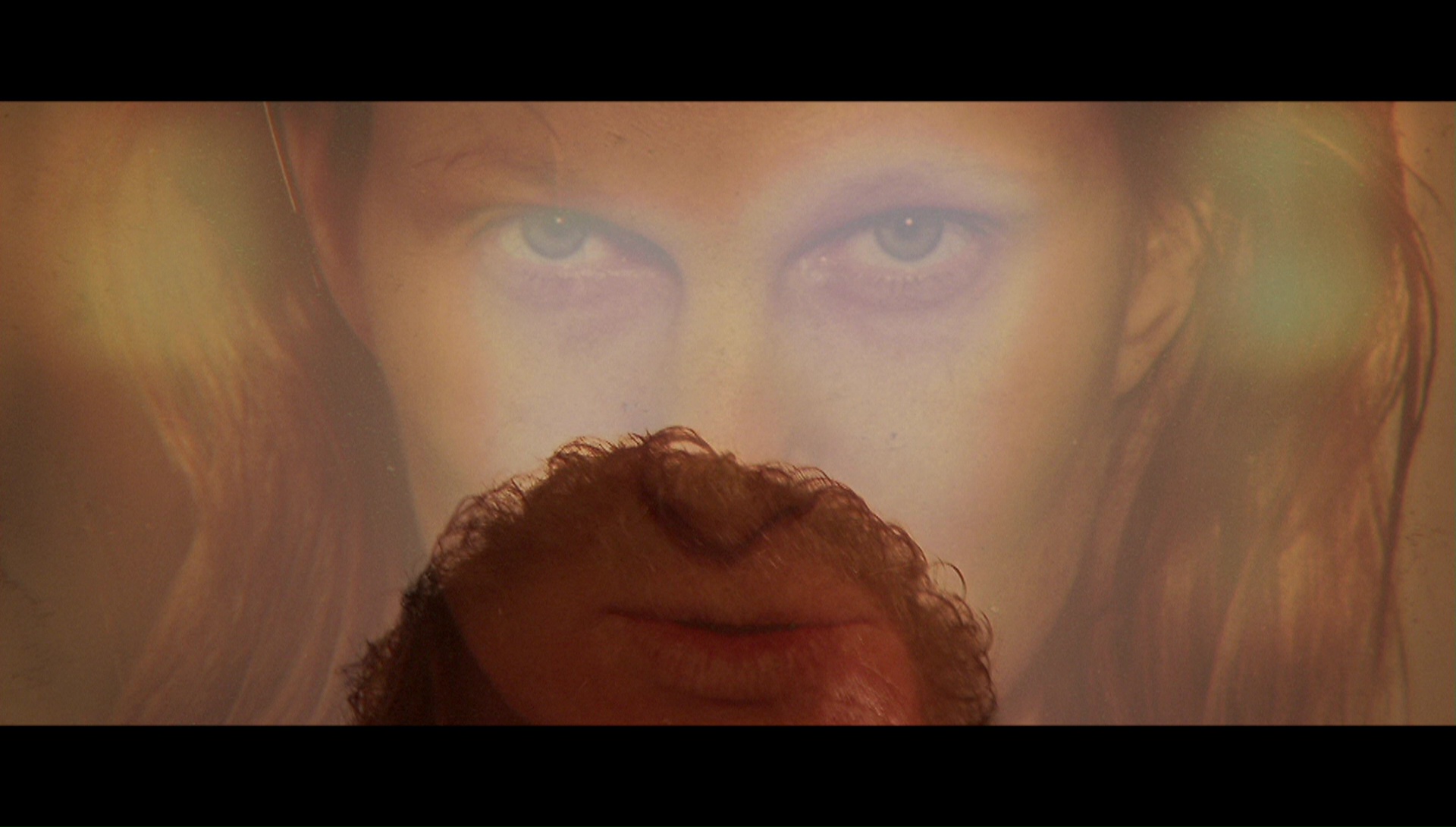 Sequence," and alternate poster concepts) again with optional Anderson commentary, the theatrical trailer, and "The Haunted Palace," a creepy 12-minute look at the supposed ghosts haunting the premises of Danvers with Anderson and the crew discussing some of the more uncanny moments during filming.

Obviously this was a prime candidate for a Blu-ray upgrade, and in 2016 fans got their wish with a release from Scream Factory. All of the extras from the DVD have been ported over (though the story-to-screen segment drops the commentary, which isn't a major loss as it's mostly redundant). You also get a pair of substantial new goodies as well. The new 49-minute featurette "Return to Danvers: The Secrets of Session 9" is actually the best of all the extras, an engrossing look back at the making of the film with Anderson, Gevedon, Lucas, Sexton, cinematographer Ute Briesewitz, composers Climax Golden Twins, and Larry Fessenden recalling how disturbing the location was and how much the production process got under their skin thanks to all the psychic trauma still lingering in the air. They cover everything from the decision to shoot in HD video, the creation of the intense soundscape, the presence of real asbestos in the building (which is why it's shown being wetted down on camera), and in the best moment, offer three different perspectives on a scary incident involving a dental drill. Also new is a 20-minute episode of "Horror's Hallowed Grounds" combining some 2003 home video footage of the building, pointing out specific rooms shown in the film, with present day coverage of the unlikely luxury apartments into which it has been transformed. 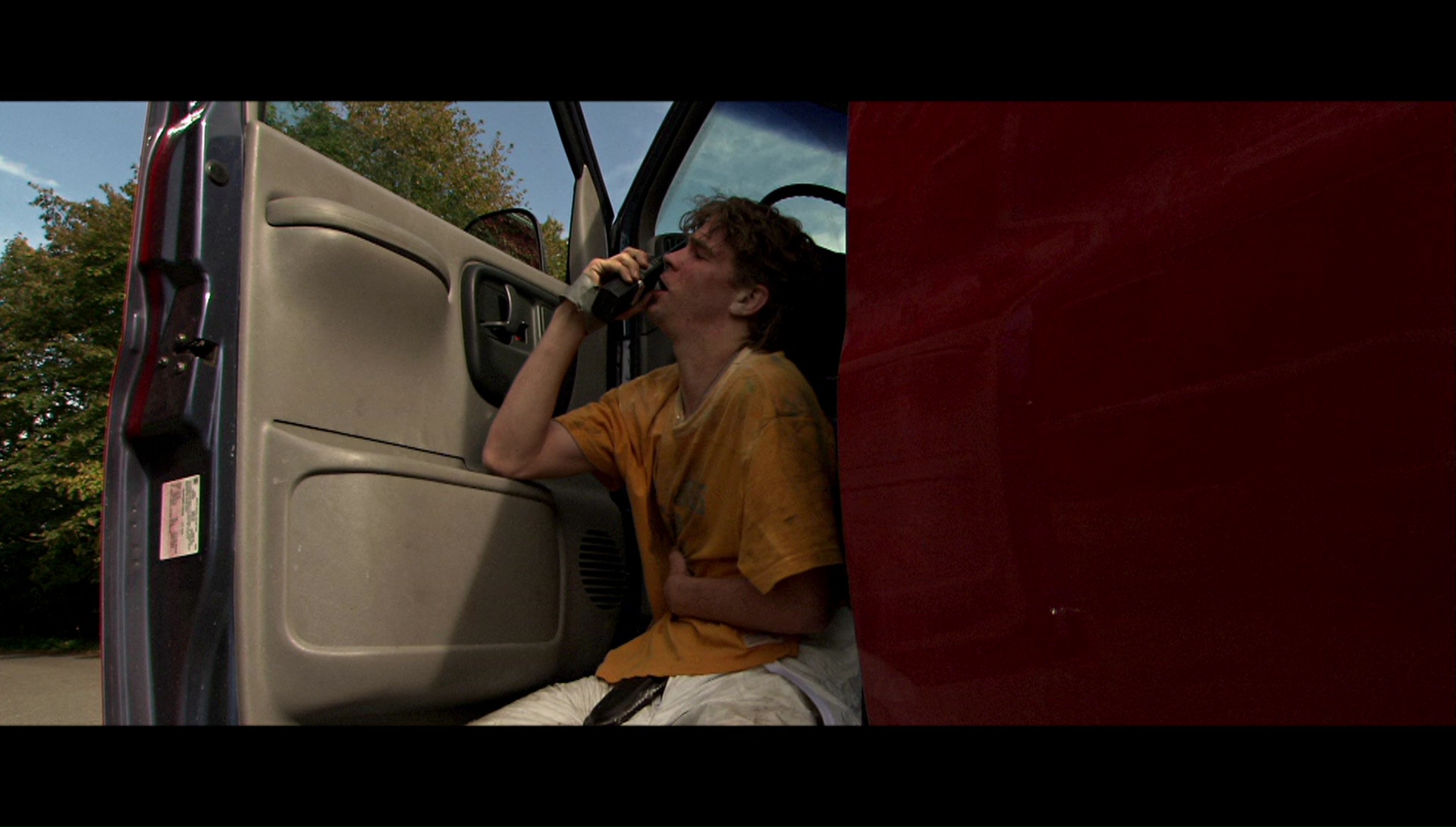 Now that brings us to the look of the film, which is a bit tricky. Several indies around this period were shooting on video in MiniDV, most notably the previous year's Tadpole (which looked like garbage on the big screen, to put it mildly). Plans to shoot this film the same way were abandoned when it became clear something better was needed to capture the depth of field and detail levels required by the location, so the decision was made to shoot it in HD video with a Sony CineAlta HDW-F900. 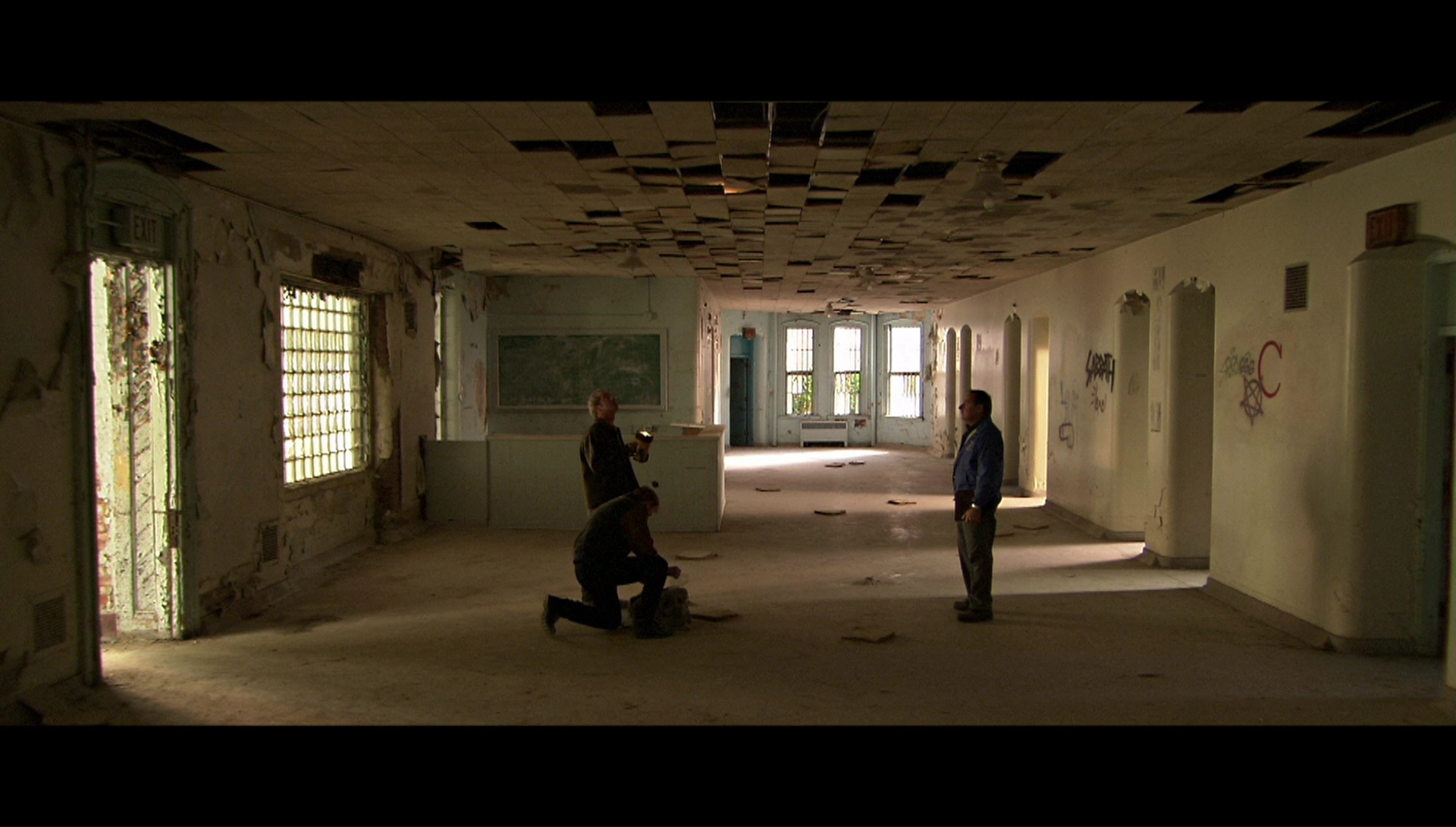 The 24fps process looked a little odd when it was converted to 35mm film for theatrical release, and it still takes some adjustment at first during daylight scenes since the frame rate seems ever so slightly higher than normal. The results are certainly clear and deep enough to give the film a unique feel, and it's certainly more impressive than the erratic clash of video and film found in the following year's 28 Days Later. However, it didn't look so hot on the DVD, which was adequate for the time but plagued by rampant aliasing and overbrightening that flattened out many of the moodier scenes. Interestingly, in 2015 a new HD transfer bowed on HBO and Cinemax with 1.78:1 framing that turned out to be completely open matte, exposing huge areas of additional information on the top and bottom as it was originally shot in-camera. That may not be how it was intended to be composed for theatrical exhibition (where it was 2.35:1 and has remained in every home video incarnation), but it's a fascinating alternate presentation that drives home the film's visual nods to The Shining far more clearly. (You can see sample frame grabs from both options below compared to the Blu-ray frame grabs in the body of this review.) The Blu-ray features the most accurate and impressive presentation of the film to date, with the strongest and most accurate color palette, the original 2.35:1 framing, and as much detail as you can pull from the original format. Fans should definitely be pleased, and the DTS-HD MA 2.0 stereo track (with optional English subtitles) is a chilling, often intense experience from start to finish. Highly recommended. 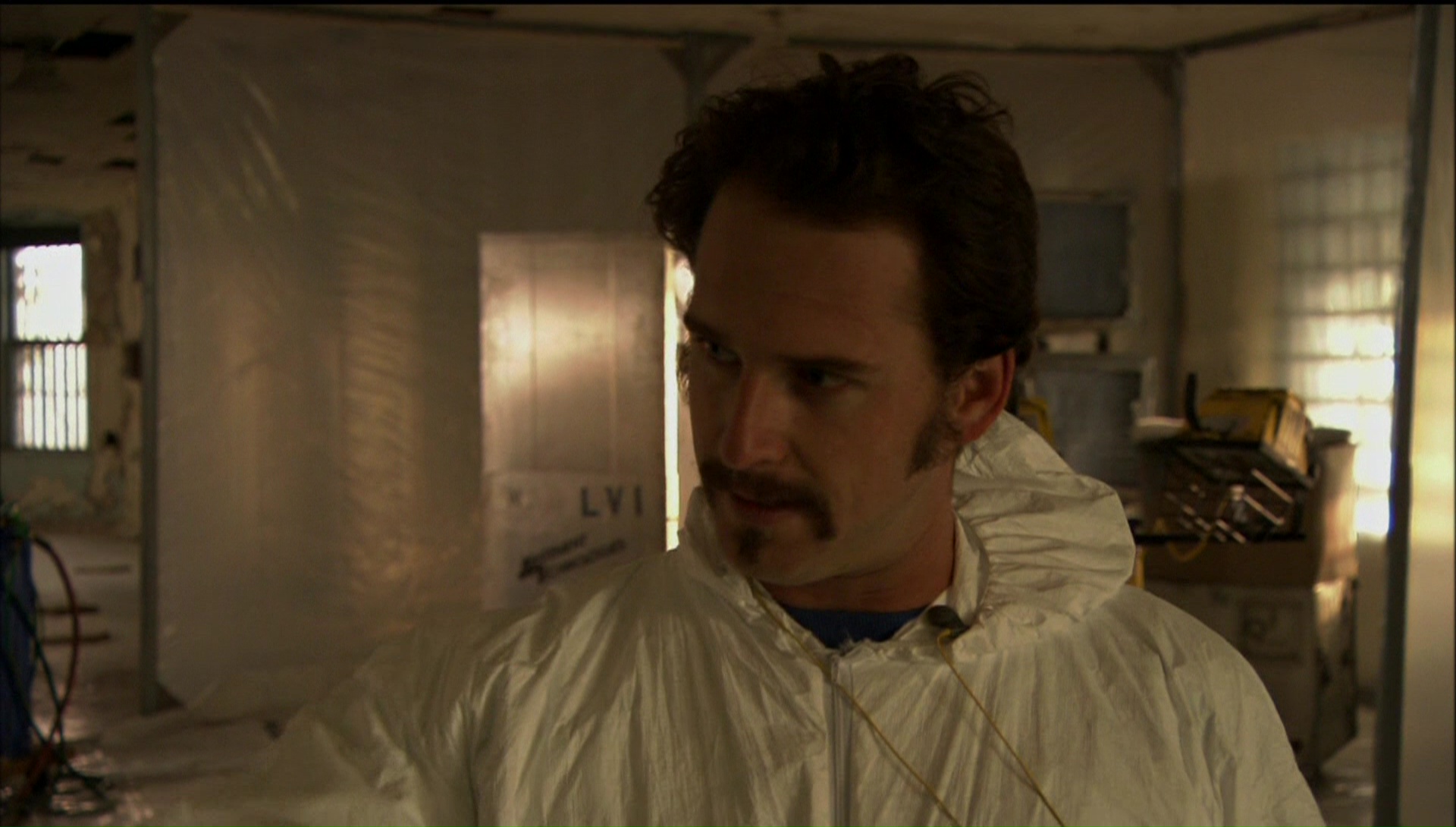 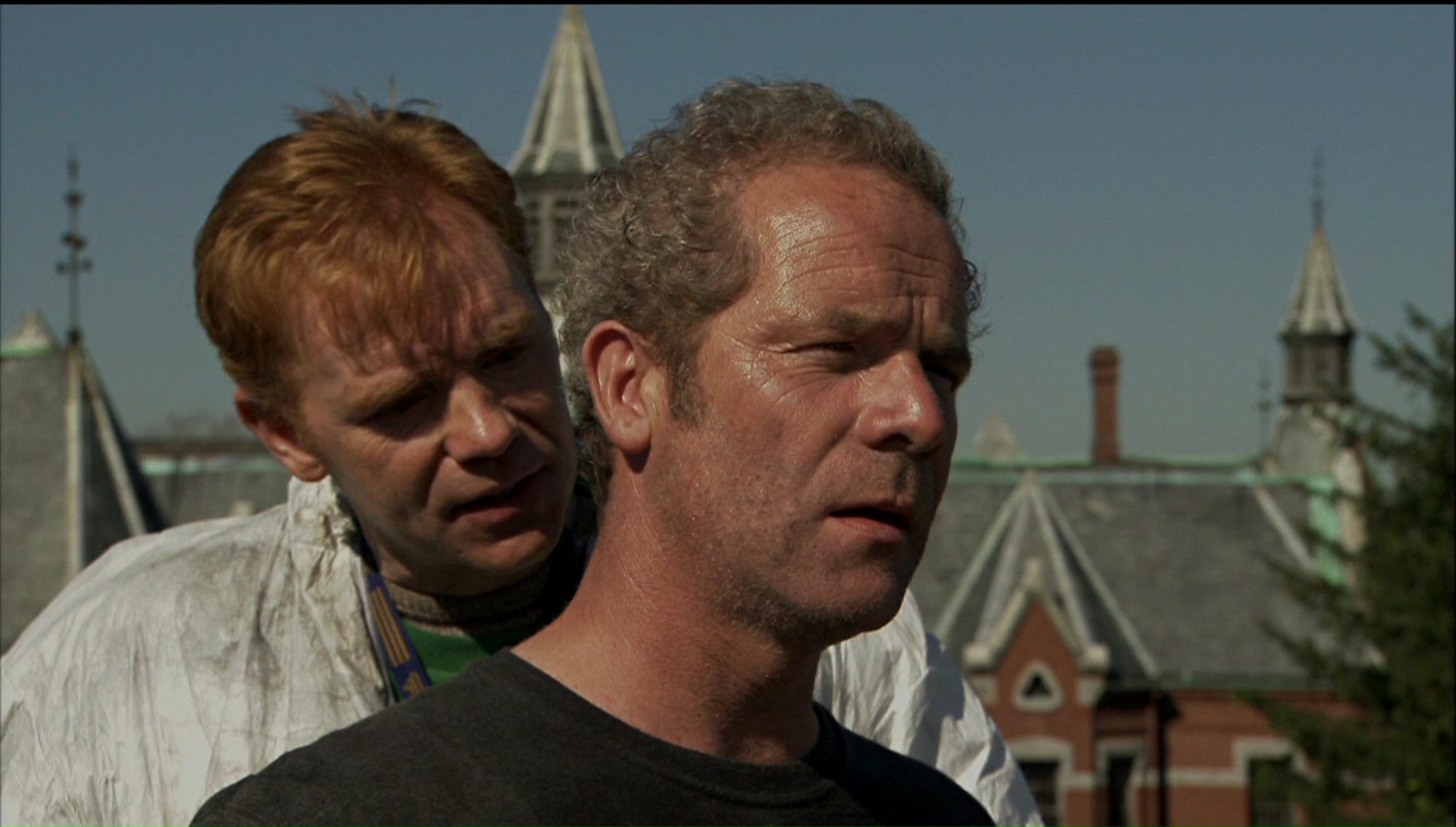 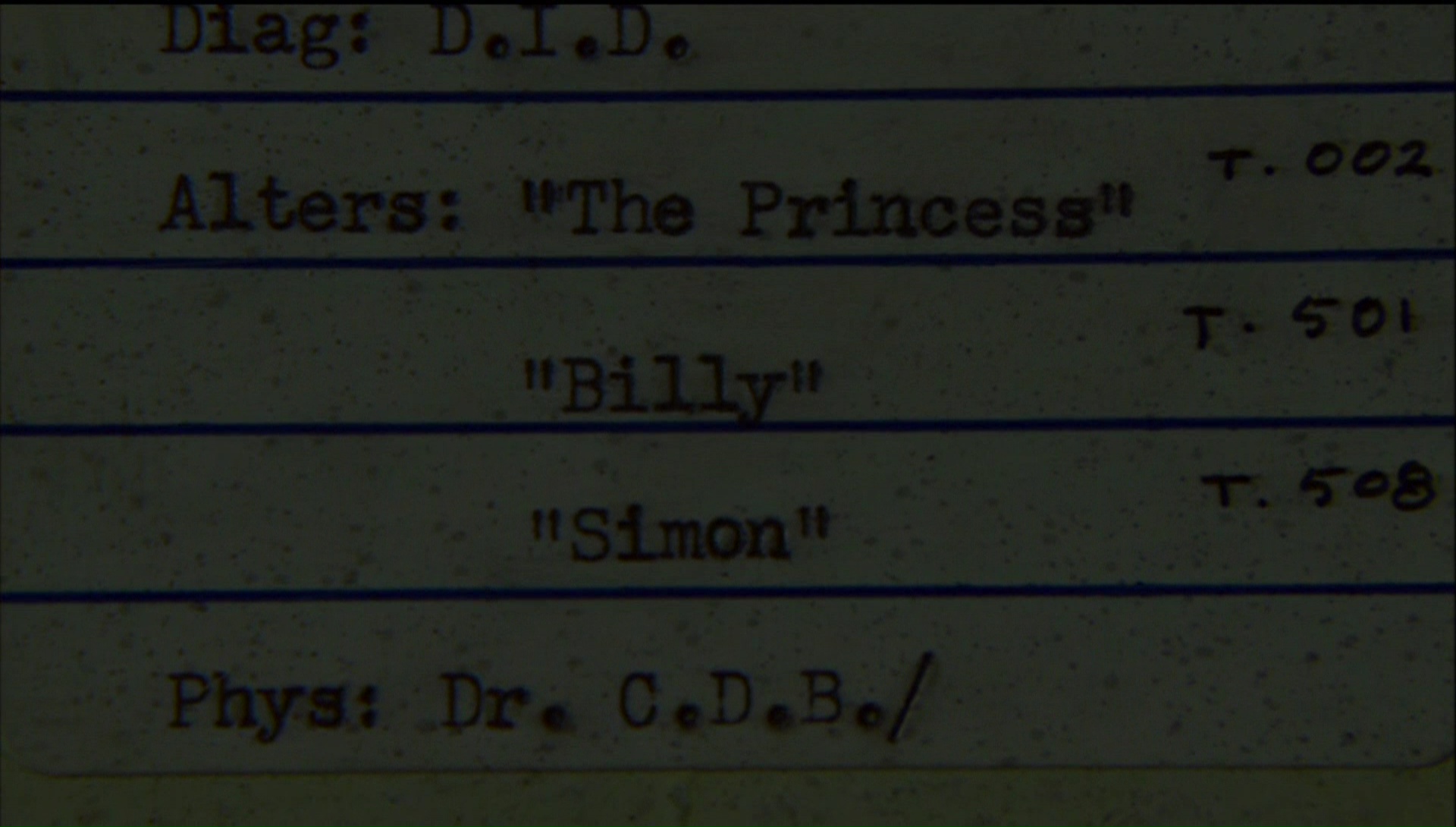 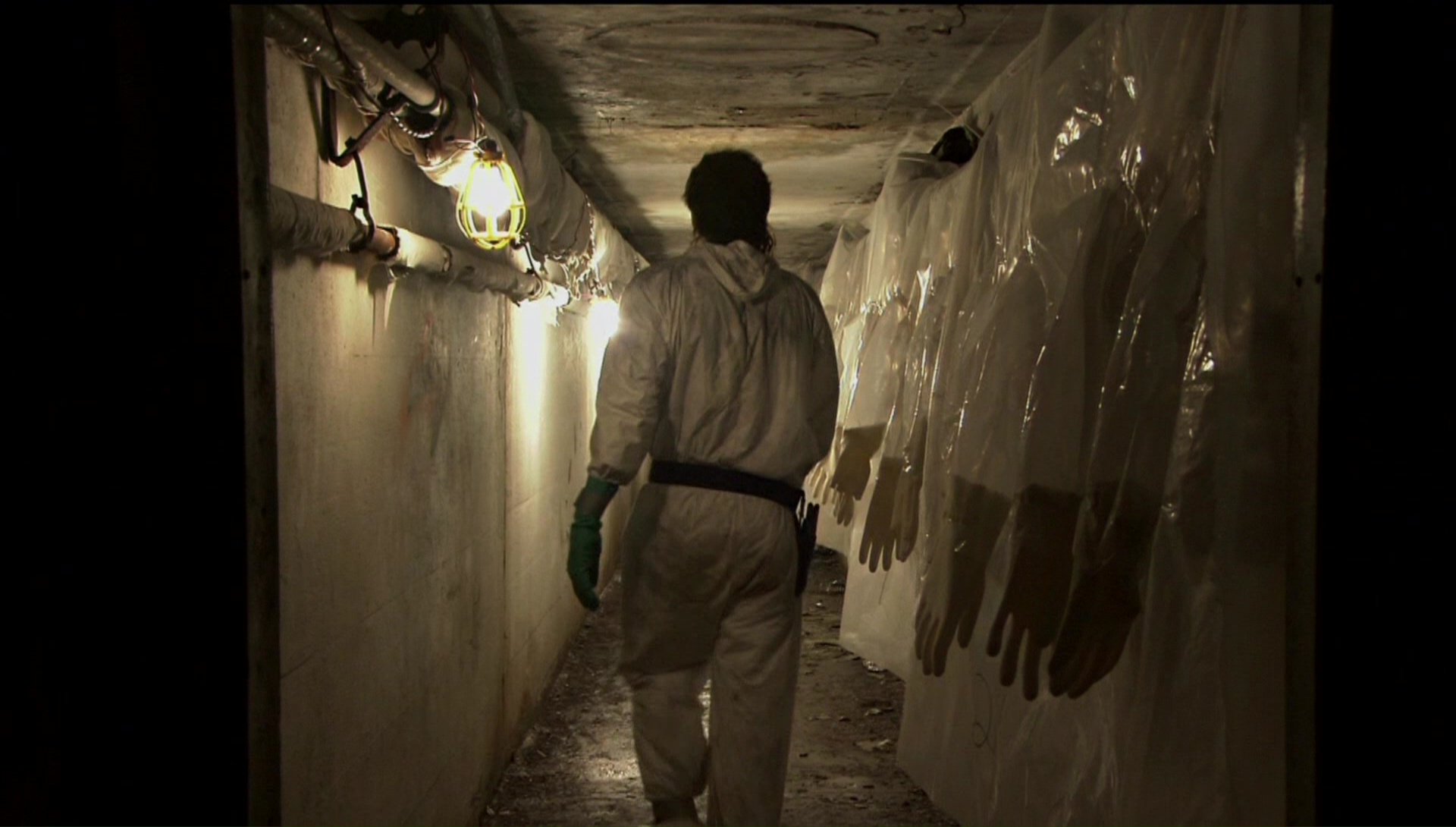 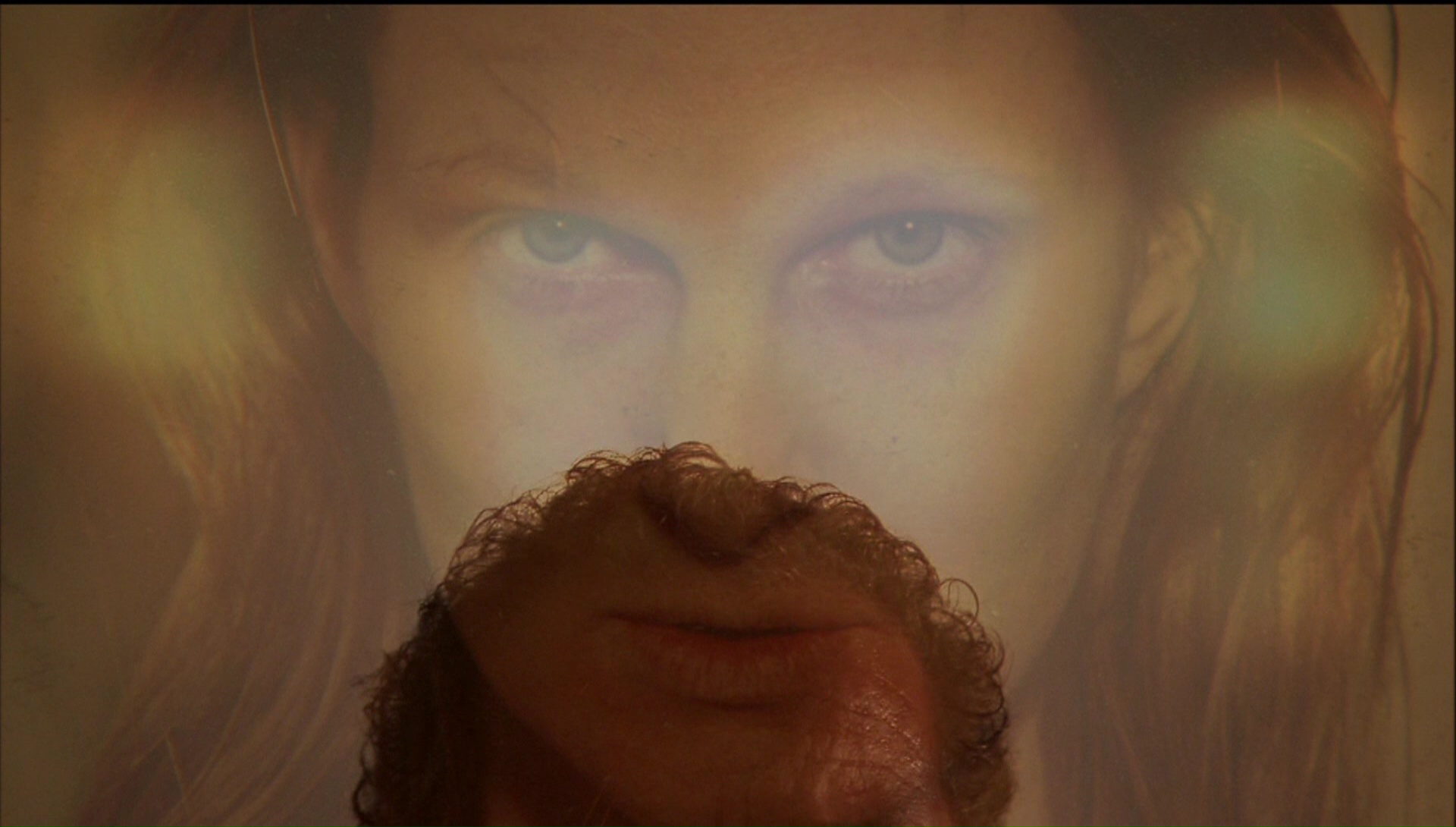 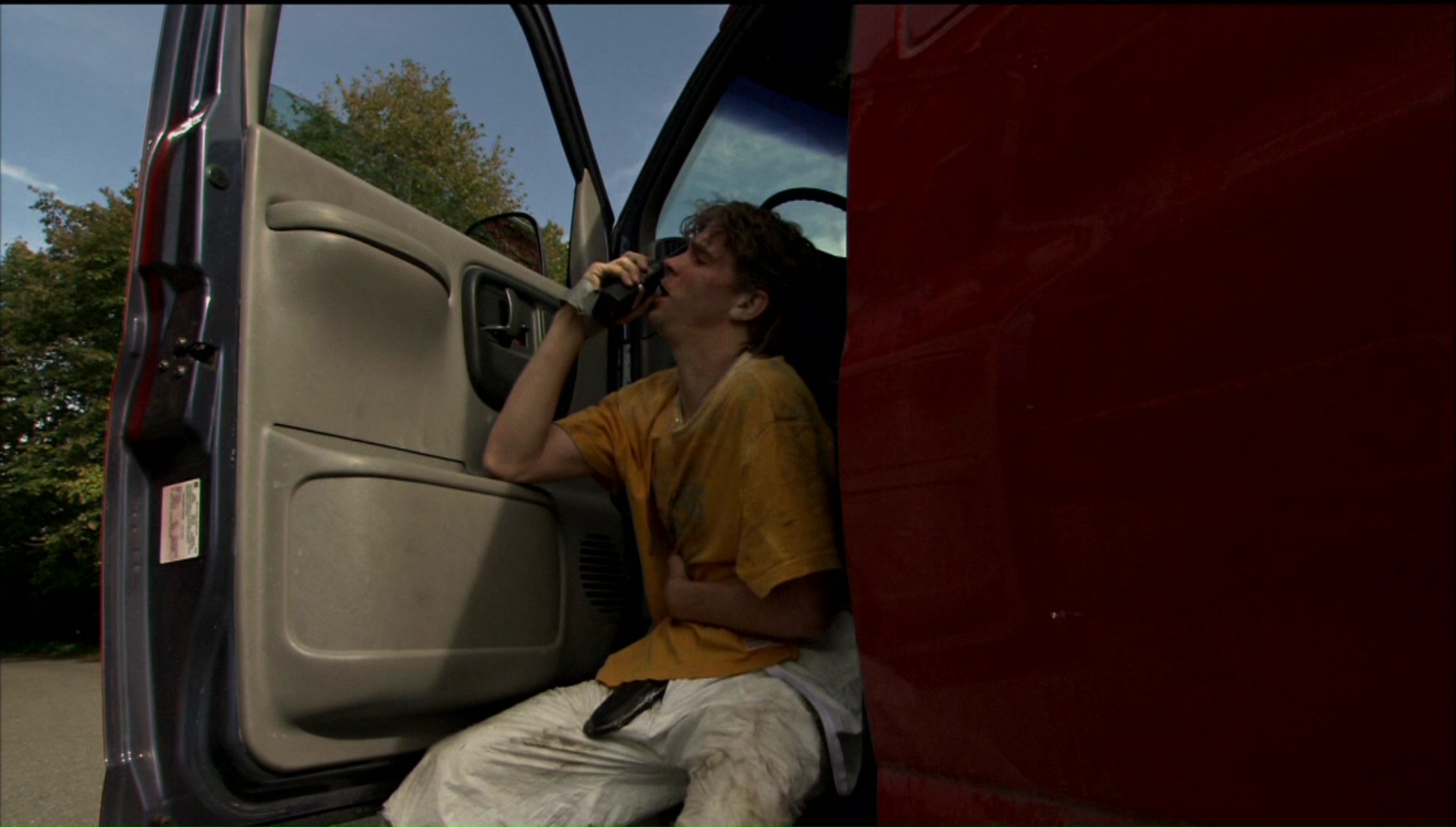 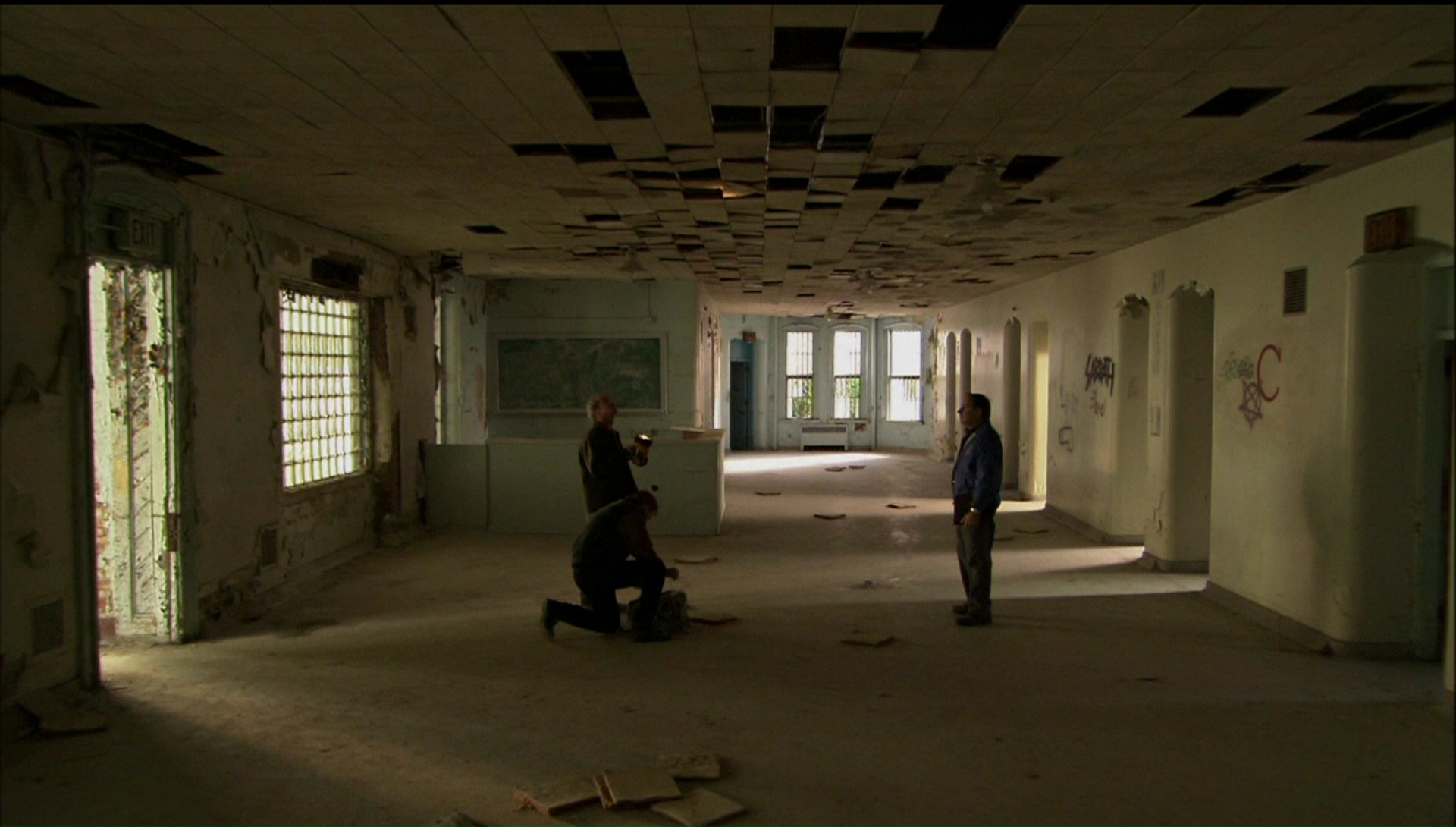 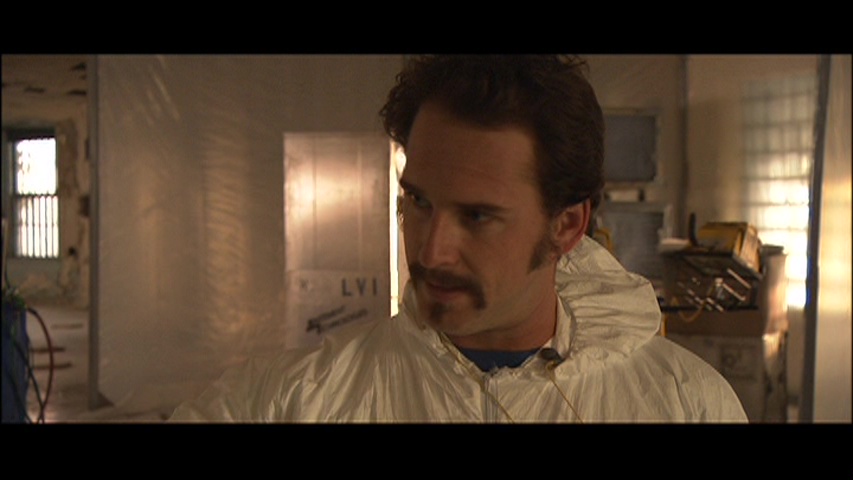 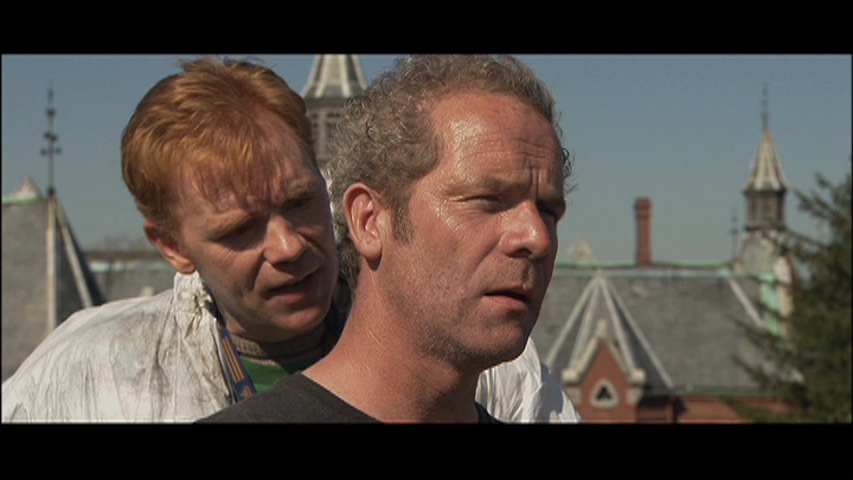 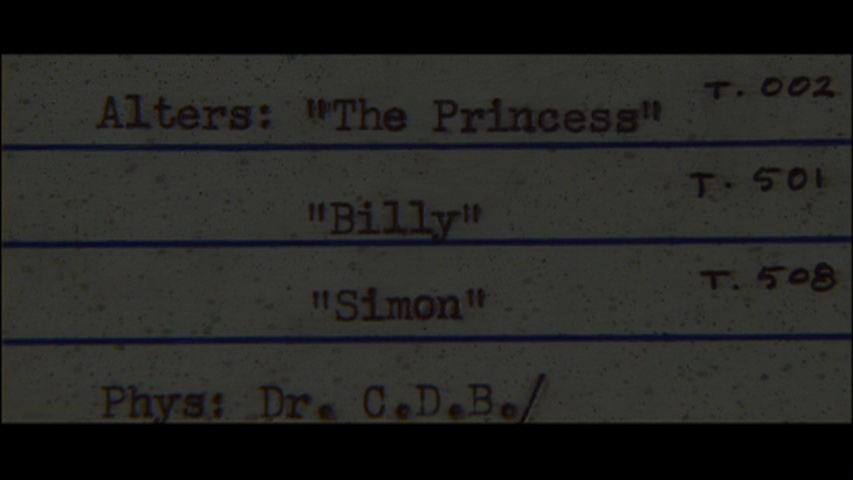 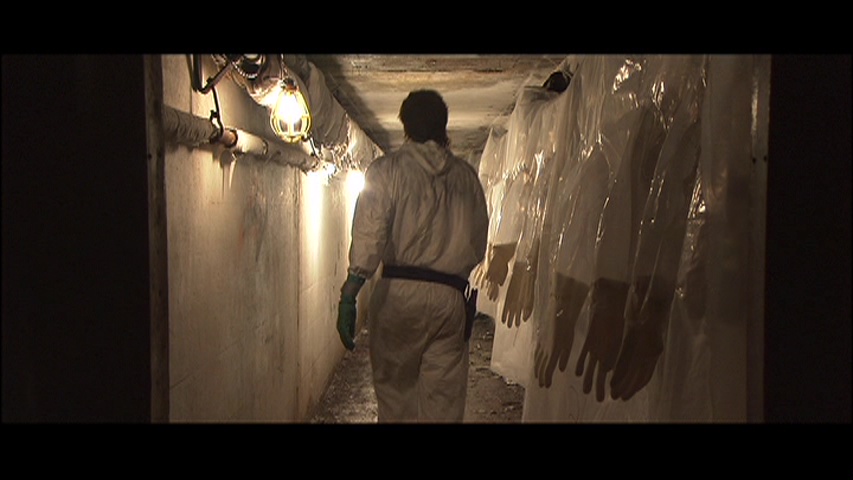 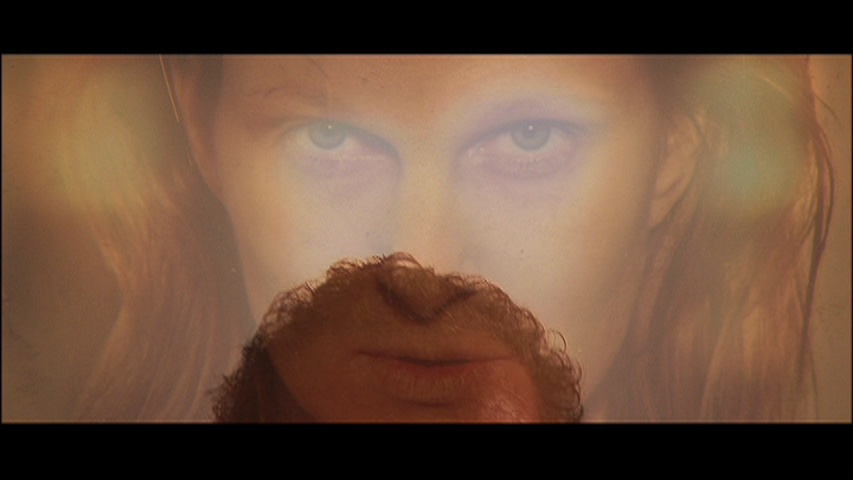 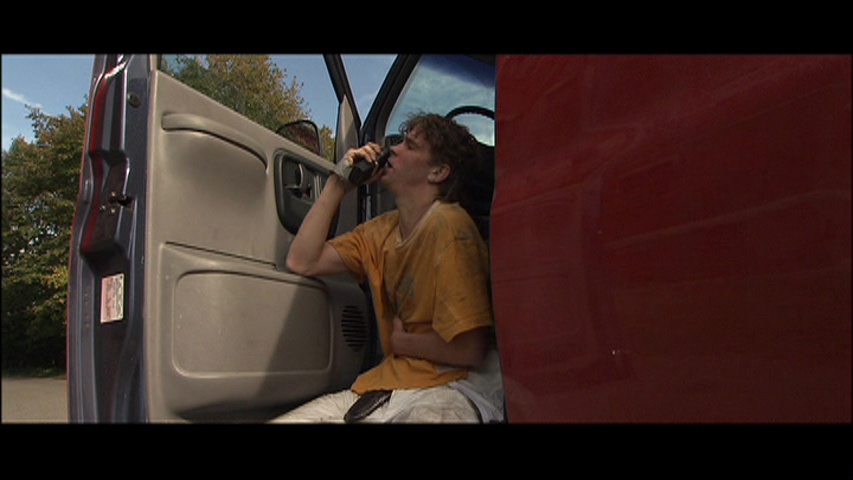 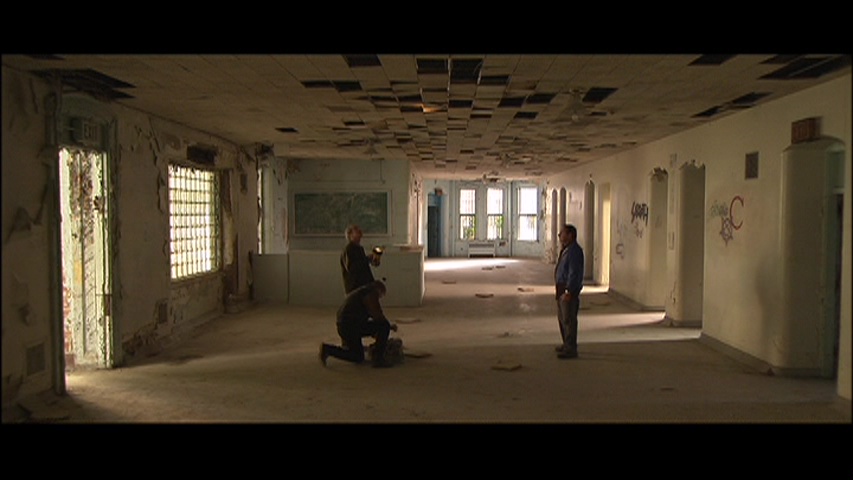