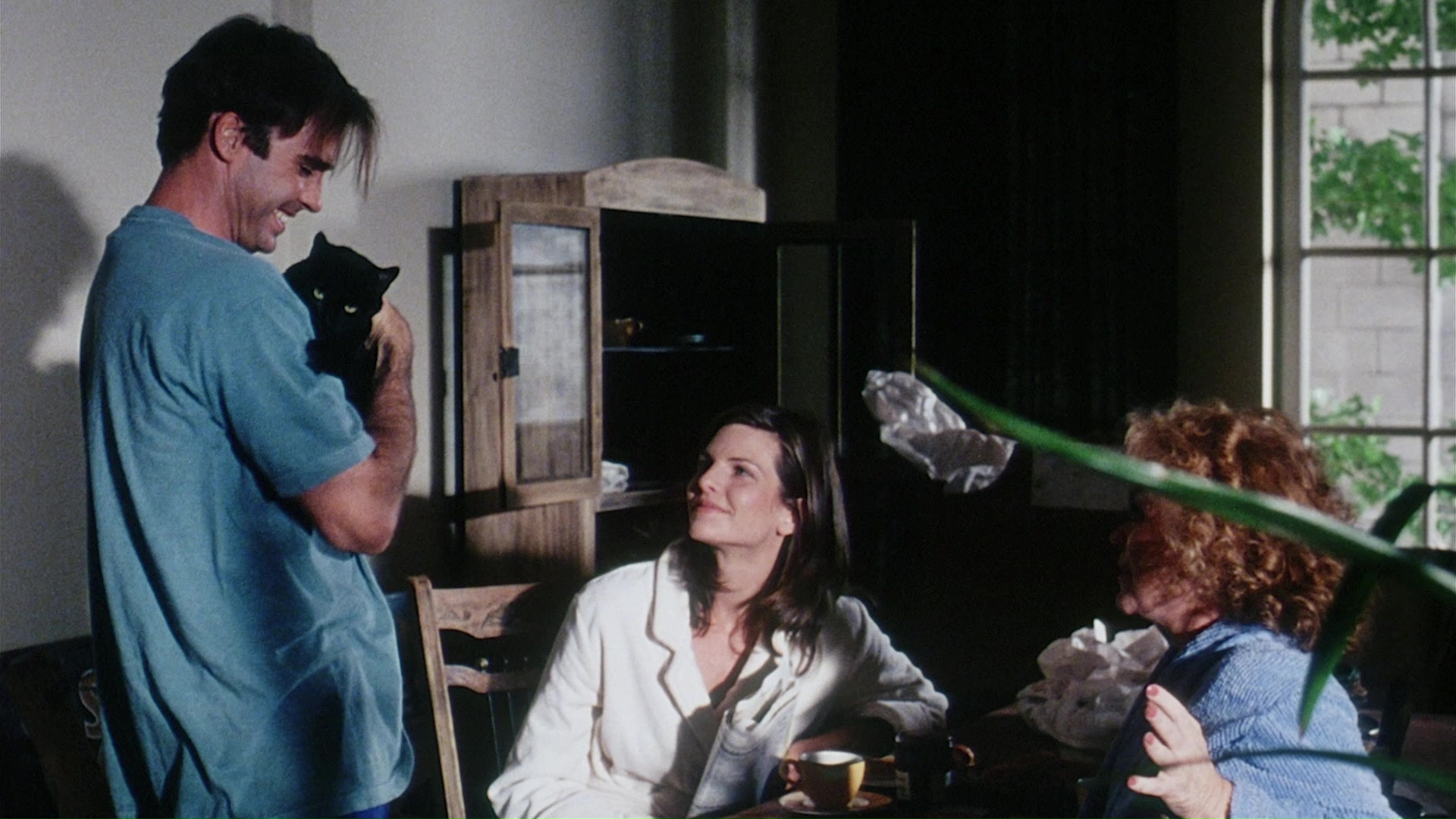 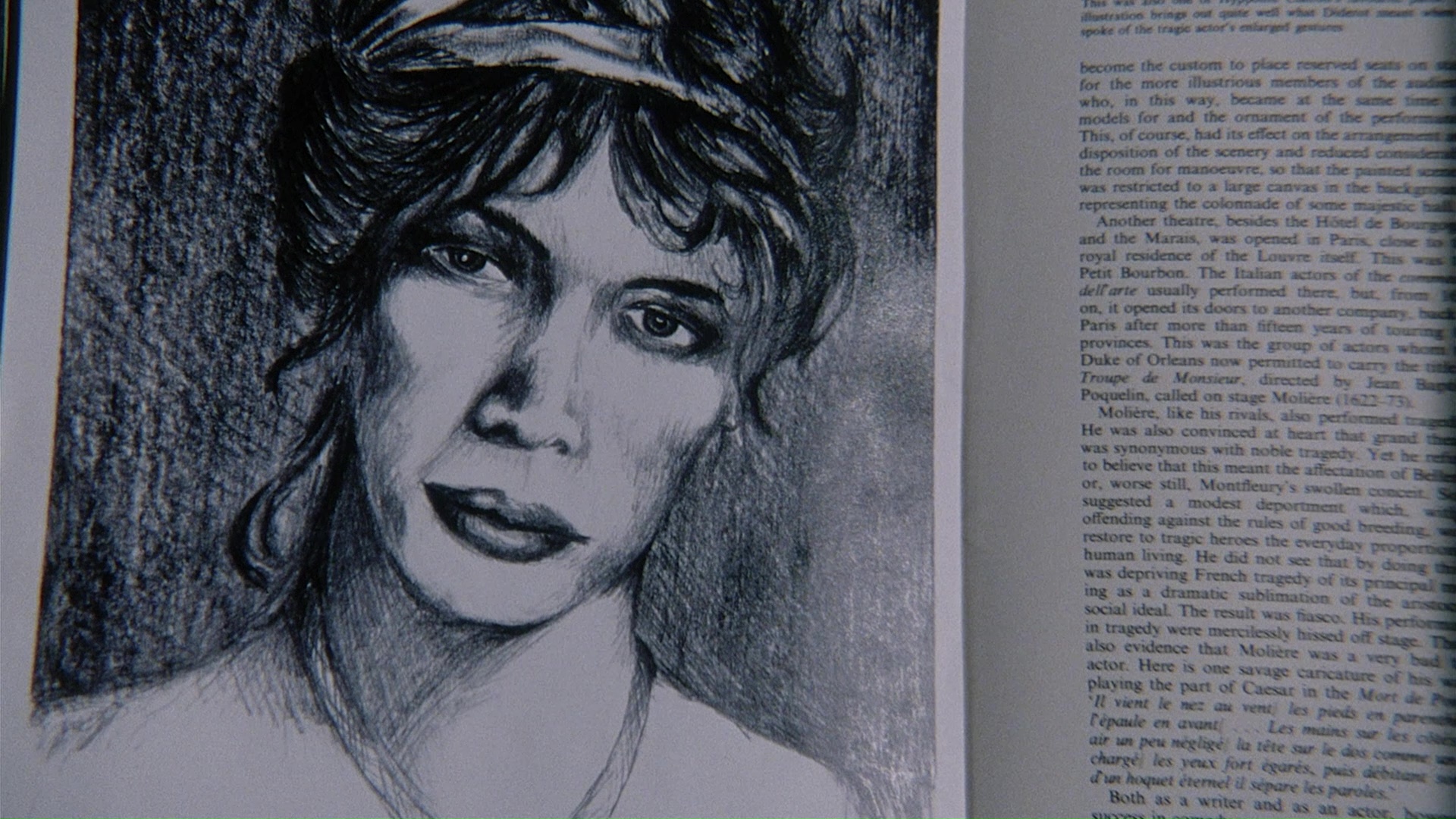 cat-crazed horror film, and very '90s melodrama would make for a likely combination, but here we are with Serpent's Lair, a Romanian-shot slice of craziness about a married man dragged into one of the most lunatic extramarital affairs imaginable. The always reliable Jeff Fahey, who shot this back to back with Darkman III: Die Darkman Die and was moving far away from his big screen leading man days in Body Parts and The Lawnmower Man, stars here as Tom Bennett, a guy looking for a new place to share with his sweet, innocent wife, Alex (The Fear's Medway).

Of course, the fact that we've seen the apartment they chose bursting into flames during the opening scene means there's already trouble brewing, and soon a black cat is barging its way into their hearts by climbing on top of Tom while he sleeps and leaving dead rats on their pillows. After the cat sends Alex tumbling down the stairs and straight to the hospital, Tom is suddenly approached by a mysterious woman in black, Lilith (singer-model Lisa B., a.k.a. Lisa Barbuscia), who soon sinks her claws into him with so much orgiastic sex he doesn't notice all the clues around his place pointing to something diabolical with the deceased prior owner. Soon Lilith is making incessant dirty phone 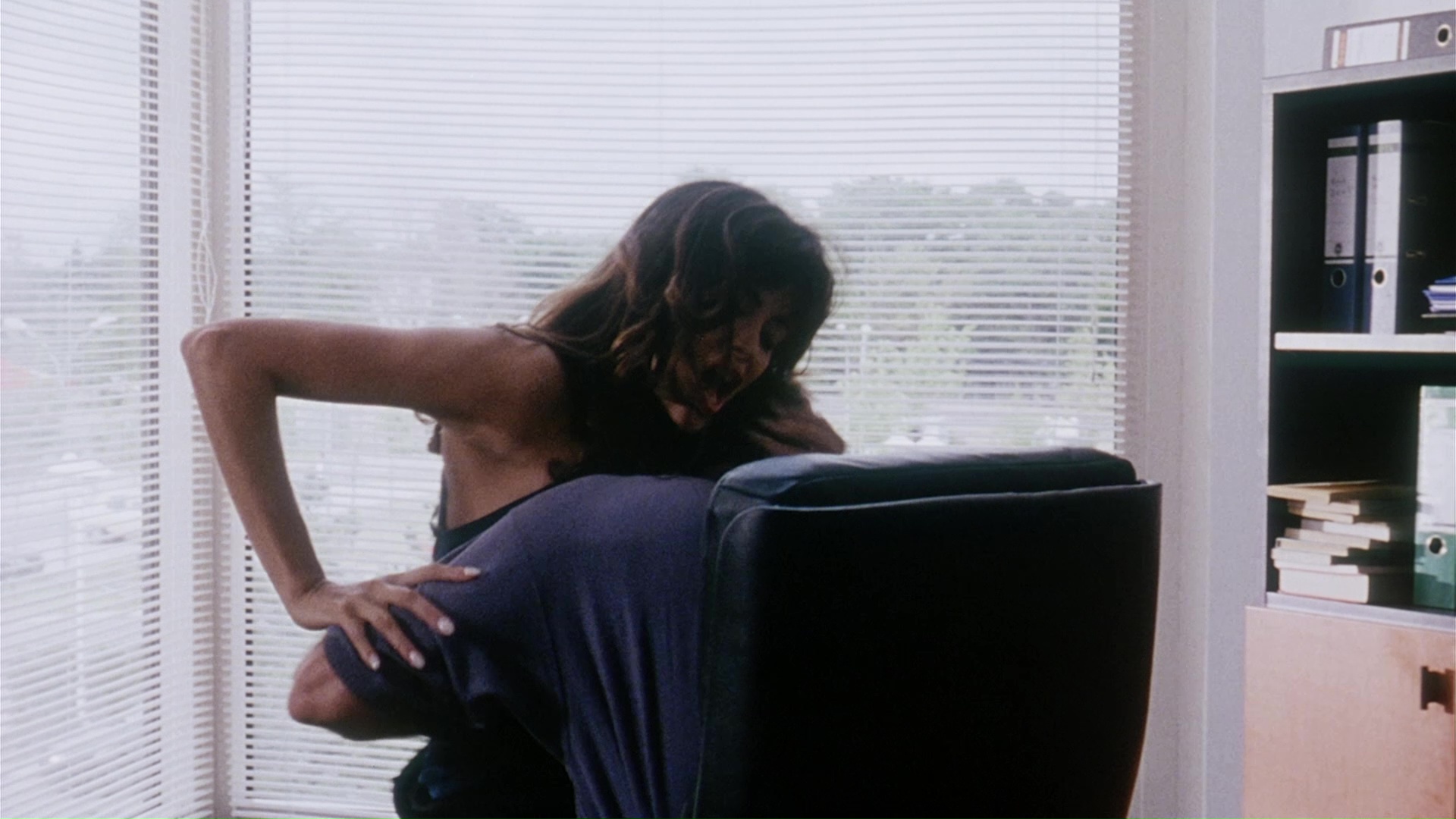 calls to Tom at work, ravishing him in his office chair, and slamming his head repeatedly into his headboard, not to mention leaving incriminating 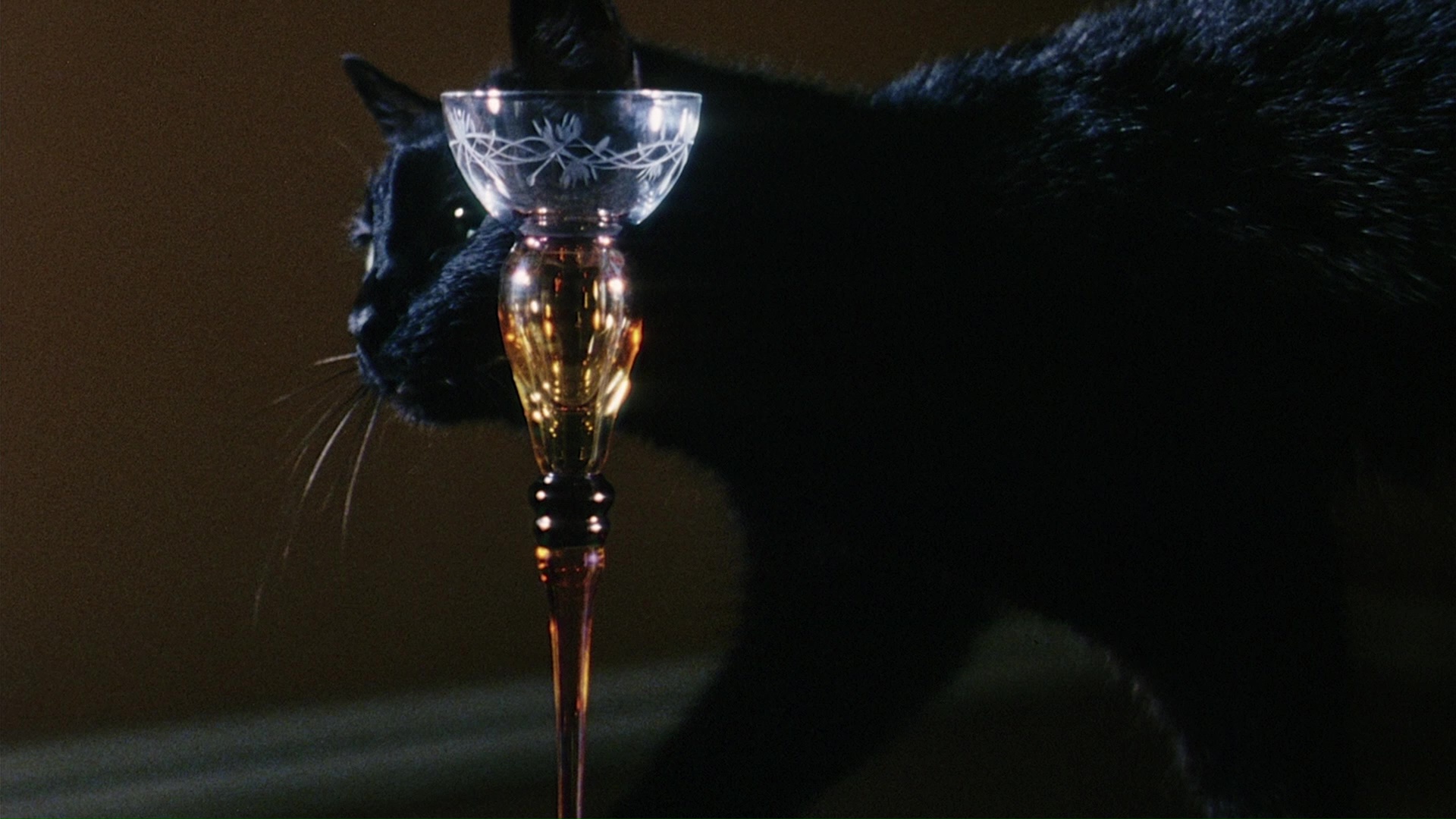 pairs of handcuffs lying around and attracting a lot more cats onto the property. Conveniently, Alex has already thumbed through an old folklore book explaining what a succubus is and suspects that there's a supernatural force at work.

Far more lovably weird than the generic promotional artwork might lead you to believe, this one manages to give the other big Lilith-themed '90s horror movie, Night Angel, a run for its money in department of ludicrous horror concepts. It isn't as stylish or extreme as some of its peers, with a dark, grimy, and often blown-out visual aesthetic that somehow looks cheaper than the films Full Moon was making in the same country around that time. However, if you want to see Fahey battling a "beautiful temptress" intent on harvesting record amounts of semen since the days of ancient Egypt, well, you've hit the jackpot here. Lisa B. really gives it her all here with a ferocious role that requires only a moderate amount of nudity but lots and lots of grinding, clawing, and dubbed growling, not to mention some great dirty talk that would make a perfect voice mail greeting. 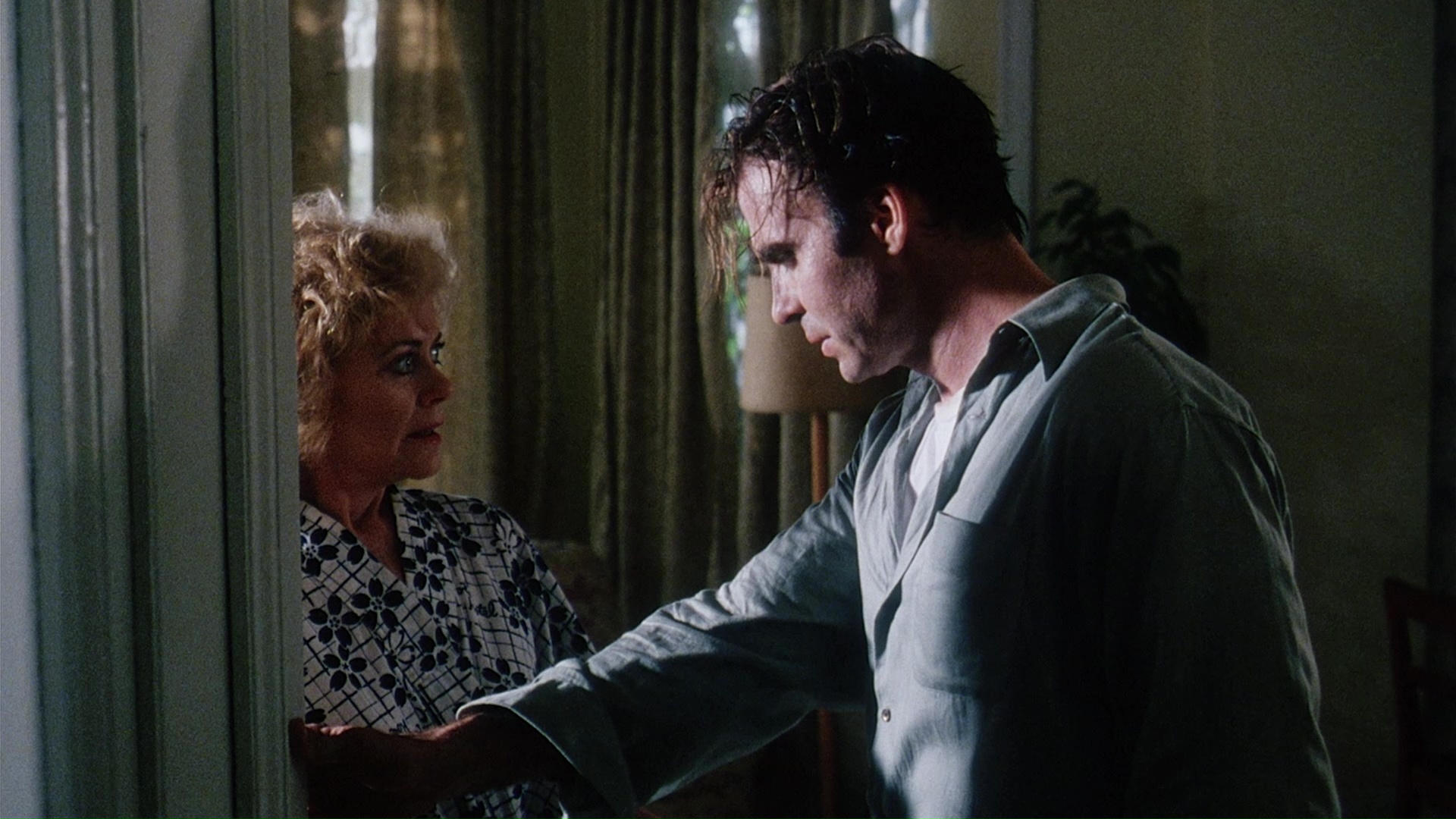 VHS by Republic, Serpent's Lair looked pretty rough at the time and still reveals its limitations on Blu-ray and DVD in 2018 from Code Red via Kino Lorber. The harsh whites and cheap film stock will never look terribly pretty, but this is likely to be the best it can look under the 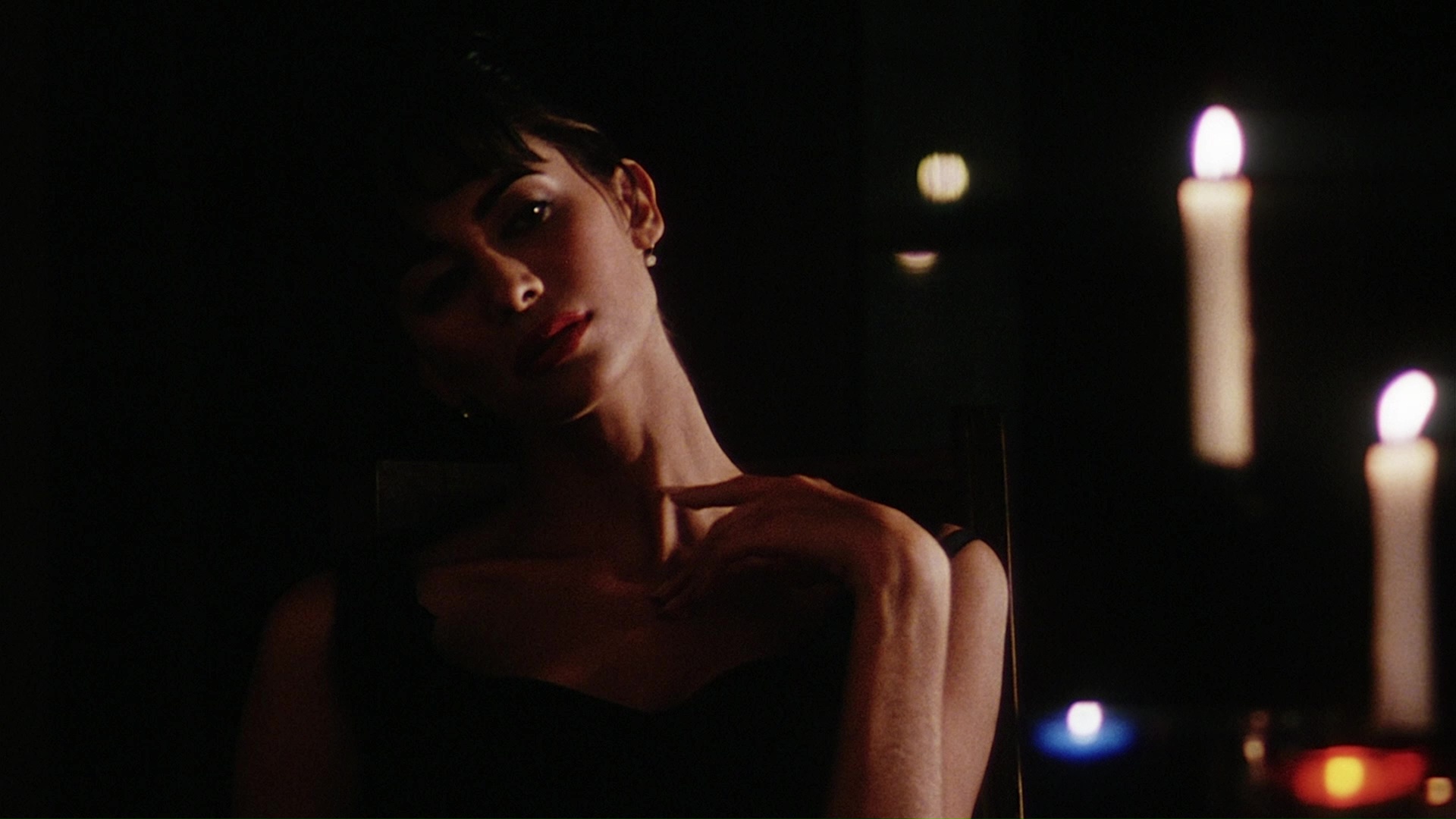 circumstances. The very heavy grain is obviously going to test the format at times, with dimly-lit gray surfaces indicating moments where the compression simply can't cope. The DTS-HD MA stereo audio is also true to the very modest nature of the source, pretty comparable to a basic non-Dolby stereo film of the era but unlikely to show off a home theater system at its best. That bonkers music score (try to get through the end credits without screaming) is really something to behold though. The main extra here is a new interview with Medway (20m18s), who remembers making the jump from modeling to acting, filming in Romania just after the fall of communism, dealing with Fahey's allergic reaction to cats, and starring in other titles like Vibrations and Viper. Also included are bonus trailers for The Dark, Mutant, Sole Survivor, and Night Warning.